The Call of Duty: Black Ops Cold War trailer has officially released and confirmed more than just the release date. Developer Treyarch showcased various settings for maps, the story behind the game, and, of course, the weaponry. However, some content creators were able to see more than what the trailer showed off. At a pre-alpha showing, Treyarch invited these creators to watch some Missions of the Campaign. These Missions gave the creators insights into Black Ops Cold War, which include some confirmed weapons for the title.

While the currently known weapons aren’t confirmed for BOCW multiplayer, the Campaign weaponry is almost always included in the mode. Though there might be one or two exceptions, most of the guns we’ve seen so far should be seen when the multiplayer reveals on September 9.

For now, however, we’re left with confirmed weapons for the game’s Campaign mode. YouTuber PrestigeIsKey was able to get an early access look at some of the mode’s Missions and let us know of the guns he saw. You can check out his video on the topic below, but we’ll list every Black Ops Cold Warweapon mentioned. 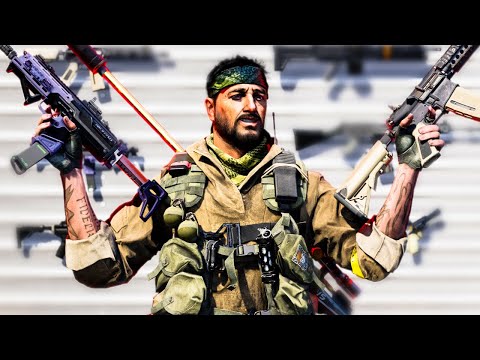 PrestigeIsKey makes sure to note that these weapon names are subject to change before release. Also, some weapons could be cut before the final version of the game ships. However, the above weapons are what is present in Black Ops Cold War as of right now.

Moving on from weapons, Prestige also mentioned some of the attachments, pieces of equipment, and Gadgets seen in the Campaign. Again, these are subject to change but most should be final at this point. Gadgets are a new item in the Campaign but might also make their way over to Black Ops Cold War multiplayer.

Currently, that’s every gameplay element known from the Campaign. Of course, it seems unlikely that everything will make its way to multiplayer but we should see most of the items on the list.

Make sure to keep up with Daily Esports for all Call of Duty news.