Earlier this month, popular Minecraft streamer Dream had his recent 1.16 speedrun submission stripped from the leaderboards after Speedrun.com moderators determined that he cheated in this run. According to the mods, this came after a two-month investigation into Dream’s submitted stream. Dream has finally responded to these cheating allegations in his own video. And boy, does it get super technical.

YouTuber and Minecraft speedrun moderator GeoSquare posted a video back on December 12 that went over the highlights of the team’s investigation. He also wrote a 29-page paper regarding the investigation’s details, which is a great read if you like probability, charts, and numbers. The TL;DR version is that the mod team found that the RNG probability for a lot of his run was too high in Dream’s favor to be likely. Therefore, GeoSquare said that the entire speedrun stream was “too unlikely to verify.” 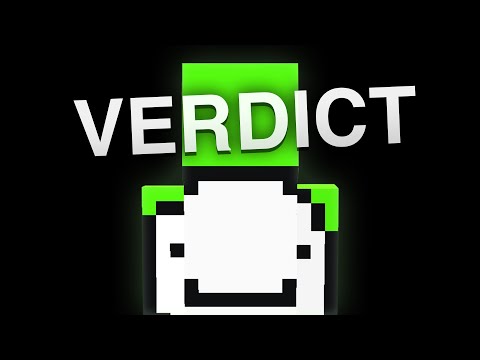 Dream fires back about cheating

Dream has not taken these accusations lying down. He actually hired an astrophysicist to look over the statistics and probabilities the mods mention in their report. As he explains in his video response description, “Although I would have loved to attempt to refute the math myself, I suck at math and would have looked like a complete idiot. So, that’s where an expert comes in.”

The video begins with his expert going over the 19-page report he supplied Dream. One point the report makes early on is that Dream reiterates at the end of the video that “he [Dream] is not concerned about his leaderboard position and is more concerned about the perception of his character.”

The report also states that the mods’ report “was well-written and was mostly correct in how it assessed Dream’s odds.” However, the expert found “several issues and inaccuracies” with the report and broke them all down in his analysis.

The TL;DR version of this report is that the expert found two problems with the accusations of Dream’s cheating:

All Dream’s report does is point out that the reasons the mods used to discredit Dream were inaccurate. So far, the mods have not responded to Dream’s new report, but Dream isn’t entirely concerned about that. All he wants is for his fans to know that he did not cheat.