The partnership will initially see both entities team up to create VCT Game Changers Academy tournaments, a series of competitions throughout 2021 that will help foster and grow the VALORANT women’s competitive scene. 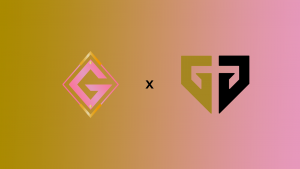 Nicci Barker, Founder of Galorants and Gen.G’s Talent Ambassador, said: “When we first launched Galorants in June of 2020, we had no idea the journey it would take us on. Since then, we have worked with some of the biggest names in gaming, including Riot Games, to continue to develop and encourage growth within our community.

“With this partnership with Gen.G, we hope to continue to support and grow the gaming scene for women with a full schedule of events through the end of the year.”

With over 13,000 members, Galorants is a women-only VALORANT server dedicated to increasing female involvement and inclusion in the esports industry.

The server works to specifically foster and promote new female talent within its community and provide opportunities and support for aspiring competitive players.

This is the second time that Galorants has teamed up with Gen.G. Both entities previously collaborated to host Proving Grounds, a women-only VALORANT tournament in June this year.

Amanda Kane, Associate Director of Talent & Content at Gen.G, added: “Gen.G and Galorants share the same values and mission, and we’re teaming up to continue to bring powerful opportunities to both amateur and pro women.”

Esports Insider says: This is a tried and tested partnership between two organisations with identical values and the same goal: furthering female involvement within the VALORANT scene and esports as a whole. After a successful collaboration with Proving Grounds, Galorants and Gen.G have teamed up again to expand on this tournament format with consistent competitions and provide greater opportunities for aspiring female pros.