As fans start to get excited for the upcoming Na’Vi Showmatch, the organization has revealed the talent lineup bringing you the action. Made up of veterans of the scene, the Na’Vi showmatch will feature several former professional players on both the English and Russian broadcast as well as staples of the games talent pool without that experience.

The event presented by X1BET and Natus Vincere will see their current lineup in 2020 take on the Na’Vi lineup from a decade ago in 2010. The 2010 lineup was one for the books, dominating the Counter-Strike 1.6 scene during their reign but the worlds changed and this is a new game where the young bloods like Aleksandr “⁠s1mple⁠” Kostyliev have shown the world a skill ceiling we hadn’t seen before.

The English broadcast will be helmed by Tres “stunna” Saranthus as host, guiding Jacob “⁠Pimp⁠” Winneche and Halvor “⁠vENdetta⁠” Gulestøl at the desk as analysts. The match will be cast by Jason “⁠moses⁠” O’Toole and Anders “⁠Anders⁠” Blume. 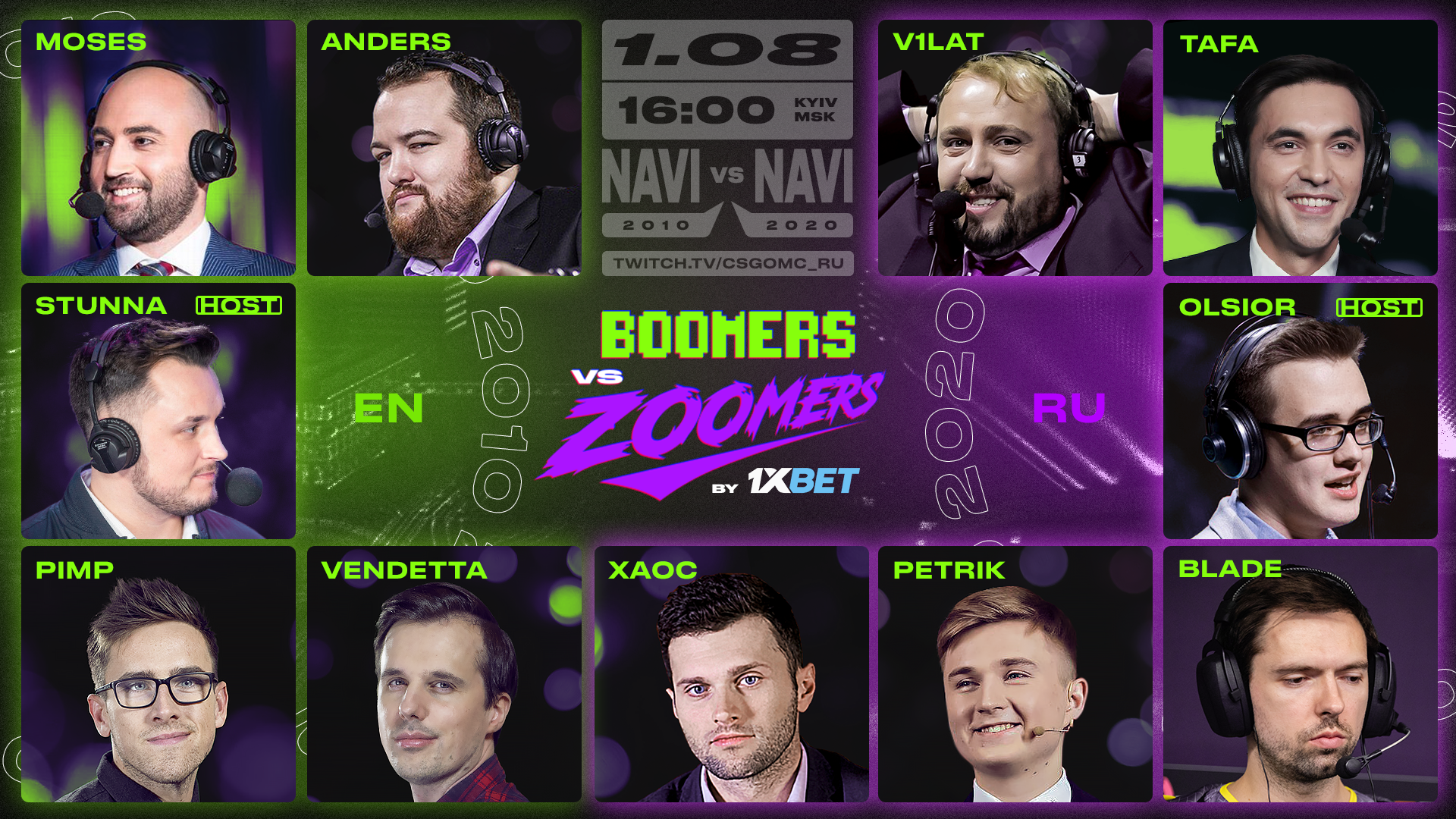 On the Russian broadcast it will be the head coach of Natus Vincere, Andrey “⁠B1ad3⁠” Gorodenskiy giving his unique perspective on the match joined by other members of the Russian talent scene.

Want to discuss this and other news with the author? Check him out live on Twitch where you can ask questions!