As a new season dawns over the LCK, these are the major storylines that could persist throughout 2021. 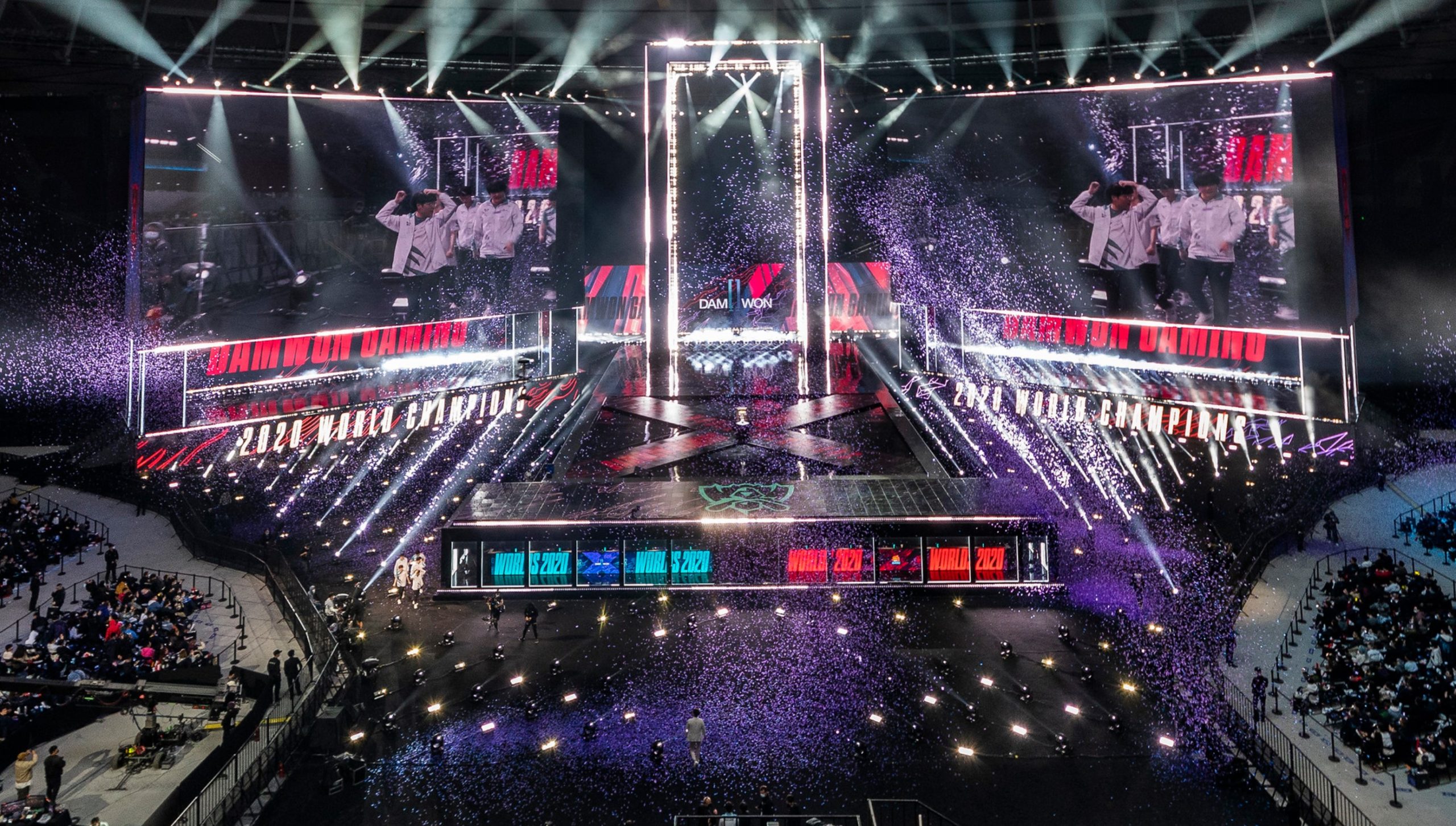 After reclaiming the international throne last season by way of DAMWON Gaming’s victory at the 2020 League of Legends World Championship, the LCK is ready to bounce right back in 2021.

The league is entering its first year with a franchising model, bringing several new organizations to the table. Additionally, the amount of talent that’s been spread throughout the league this offseason gives nearly every team in the LCK a sincere chance to compete on the domestic and international stage.

The most historically dominant league in the world is ready to prove that last season’s victory at Worlds wasn’t a fluke by any stretch of the imagination, but rather, a return to form for the LCK. Coming into 2021, that trend of re-establishing greatness is going to be a driving force of competitive League this season, along with countless other storylines and angles that will surely play a role in the further development of the league.

It’s hard to pinpoint exactly what turns the LCK will take this season, but the following five questions will remain prevalent as they get answered throughout 2021.

Will DWG be able to hold on without Nuguri? 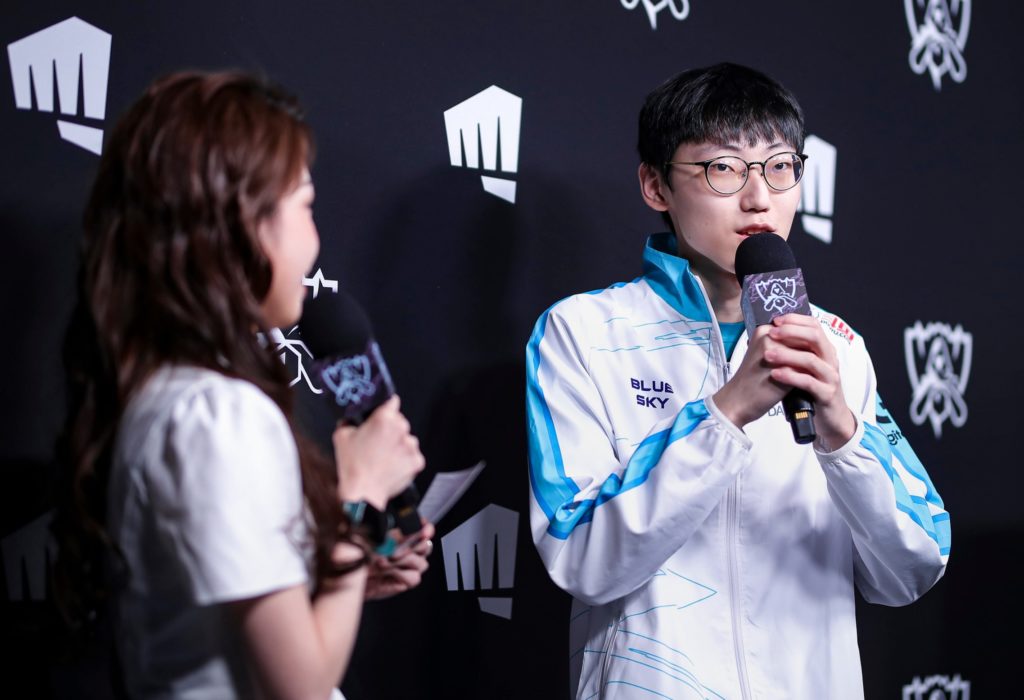 Just a few months removed from winning the World Championship with one of the most dominant rosters to ever grace the professional scene, DWG is returning to action in 2021 with four-fifths of that roster intact. This past offseason, the team lost its superstar top laner Nuguri in free agency after he had spent the previous three years with the organization. Now, heading into 2021, Nuguri finds himself in China spearheading a revitalized FunPlus Phoenix roster, while DWG will have to find a way to move on from a player who has quickly developed into one of the best solo laners in the world.

Fortunately for DWG, the organization picked up longtime LCK veteran Khan to step into Nuguri’s shoes. Khan, after spending 2020 with FPX, will return to the league where he made a name for himself during the latter years of the last decade. Between 2017 and 2019, Khan managed to secure two Worlds berths for Longzhu Gaming and SK Telecom T1, while emerging as one of the best top laners in Korea during that time. Now, after a down year in the LPL, the resurgent Khan will slide into a DWG roster that still stands head and shoulders above the rest of the LCK. While the team is replacing a superstar top laner in his prime with a supposedly regressing player looking to redeem himself, the point still stands: Khan is an immensely talented player and DWG is making a move that’s as close to a one-for-one swap as possible.

Even beyond the personnel change in the top lane, the team still sports several top-tier players at multiple positions, namely jungler Canyon and mid laner ShowMaker. If those players, as well as the exponentially developing bottom lane combination of Ghost and BeryL, can continue to outperform their contemporaries as they did in 2020, DWG should find success this season.

Which players from DRX’s splintered 2020 roster will make the biggest impact? 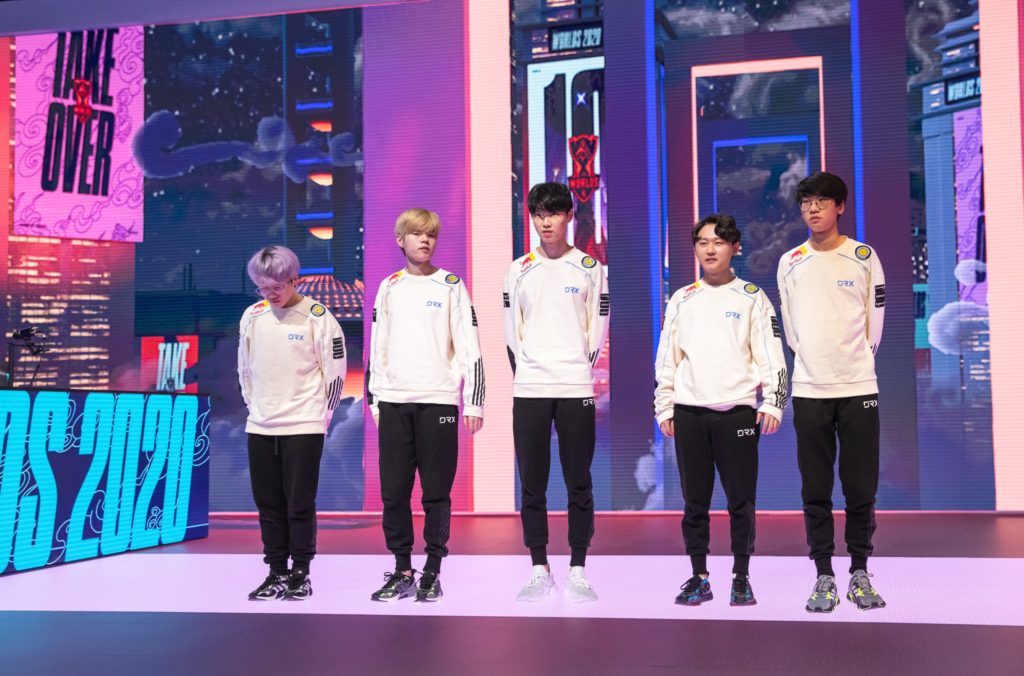 After reaching the quarterfinals at last year’s World Championship, DRX saw its roster go in completely separate directions. Four of the five starters who brought the team success in 2020 left prior to the 2021 season. Coming into the new LCK season, only jungler Pyosik remains as the sole member of DRX’s 2020 roster to stay with the organization. Top laner Doran ended up signing with KT Rolster while DRX’s fiery rookie support Keria will enter his sophomore season as a part of T1. As for DRX’s carries, Chovy and Deft, the two managed to stick together in some capacity since they’ve brought their talents with them to Hanwha Life Esports.

With nearly the entirety of DRX’s former roster splattered across the LCK coming into 2021, the focal point of the now-rebuilding organization is firmly centered around its former prospects and stars and what they’ll be able to accomplish moving forward. After dumping so much talent into the league, it’s going to be impossible for DRX to not look out onto the horizon and glare at the lost potential of its former roster.

Still, the continued development of second-year jungler Pyosik, who has now assumed the title of DRX’s “franchise player” by default, is going to be something for fans of the franchise to cling onto in 2021. But beyond him, watching players like Chovy and Keria—who were easily among the best players in the league at their respective positions in 2020—continue to tear things up in different jerseys in 2021 is going to be painful.

How will franchising affect the LCK?

In what is perhaps the biggest development of the new season for the LCK, the franchising model will come to the league in 2021. This model effectively eliminates the relegation and promotion processes that have played a prominent role in the league since its inception. Now, teams will have a more stable spot in the LCK while they focus on developing their rosters and building long-term plans for success.

It’s unlikely that the league will see any drastic consequences from franchising immediately. In other pro League leagues, such as the LCS and LEC, where the franchising model has been in place for several years, it’s fair to say that things are still developing even several years after the model’s implementation. The LCS, for example, has seen three organizations come and go since it administered franchising in 2018: Echo Fox, Clutch Gaming, and OpTic. As far as the LCK goes, it’s fair to say that simply because relegation won’t be a threat moving forward doesn’t mean that things are necessarily concrete right from the get-go.

At this moment in time, it’s nearly impossible to pinpoint exactly how franchising will affect the LCK. The league is vastly different from many of its international counterparts. And for stability to truly develop within an esports league, time needs to be the driving factor that sustains that stability. But even with that being said, it’s still reasonable to claim that the LCK will be immensely competitive moving forward. The amount of depth and talent throughout the LCK coming into 2021 should be enough to keep the entire league on its toes—regardless of the fact that the circumstances surrounding relegation have been eliminated.

Can Daeny and Zefa coach T1 to greatness?

Although DWG boasted one of the strongest rosters in recent LCK memory last season, an often overlooked factor in regard to the team’s success was the coaching duo of Daeny and Zefa. This offseason, both coaches departed from DWG to join T1.

The duo split the head coaching duties between them at DWG, where they helped bring a Worlds title back to Korea for the first time in three years after one of the most dominant stretches by any team in the competitive history of the game. Winning 51 of their final 60 games of the 2020 season, DWG put up a run to the finish line that ended up being just as, if not, more impressive than title runs from teams such as 2018 Invictus Gaming and 2015 SKT.

But more important than the record-shattering dominance that DWG saw in 2020 was the raw developmental potential that was put into the roster. When Daeny and Zefa came to DWG, the starting lineup was already in place. Four of the five members of the team had been in a starting position for DWG the year prior but had fallen short of the mark on the international stage. With a staunch coaching change, the players turned things around completely and blossomed into some of the biggest names at their respective positions in the world. Players like ShowMaker, Canyon, and Nuguri all went from respectable talents to bona fide superstars under Dany and Zefa’s tutelage.

Now, with both coaches reuniting under the T1 banner, they’ll be taking control of a roster that already has a solid mix of proven veterans and developing youngsters. Names like Faker and Teddy blend in almost seamlessly with players like Clozer and Keria. If two well-established and proven coaches such as Daney and Zefa can continue to bring the most out of their veterans while developing relatively younger players, just as they did with DWG, there’s good reason to put a significant amount of stock into T1 this season.

Can the LCK win a second-straight World Championship? 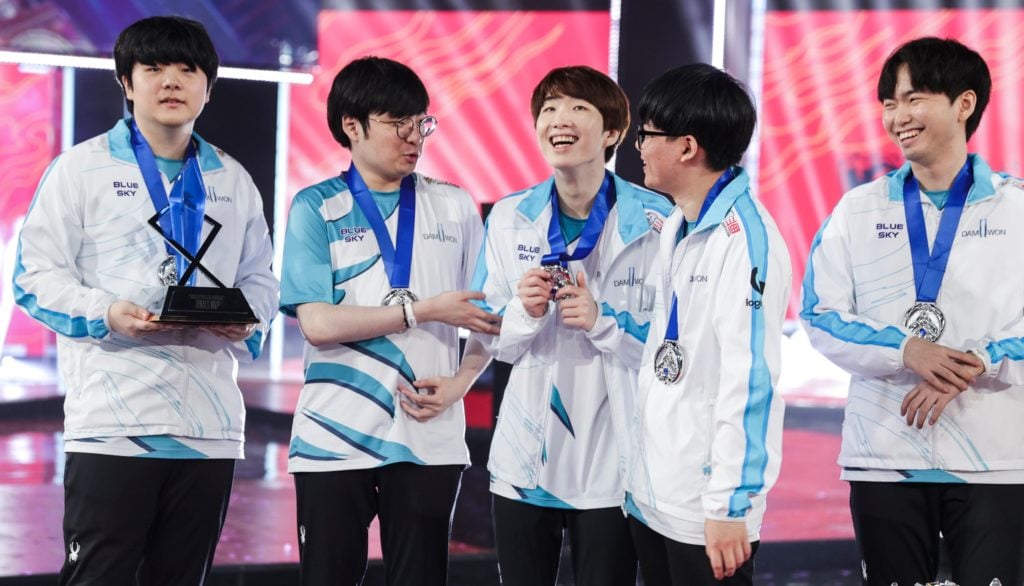 The period of dominance that the LCK had established over the international scene between 2013 and 2017 was well-regarded as a foundational point in League history. After the league’s streak of consecutive international victories was snapped by Invictus Gaming of the LPL in 2018, the Korean scene scrambled to get back on top of the world. Last year, it did exactly that.

But now, to prove that 2020 wasn’t a fluke and the LCK actually is the best region in the world once again, the league will have to step up on the international stage again this season by winning another World Championship. It frankly doesn’t matter whether the team is DWG, T1, Gen.G, or whichever org pleases to rise to the occasion. All that matters is that the LCK solidifies itself back at the summit of competitive League.

If the LCK is going to win Worlds this year, it’s going to do so on the back of its most promising prospects. Relatively younger players such as Keria, ShowMaker, Ghost, and Pyosik will only continue to develop in 2021. Names like theirs and many others in the LCK represent the next generation of Korean League. Fostering the talent in that generation is going to be the key factor for the region if it’s going to find long-term success.