ZOWIE, the esports division of technology and electronics corporation BenQ, has been named as the official monitor partner of the PGL Major Stockholm 2021.

As a result, the division will provide monitors to all teams taking part in the CS:GO tournament. 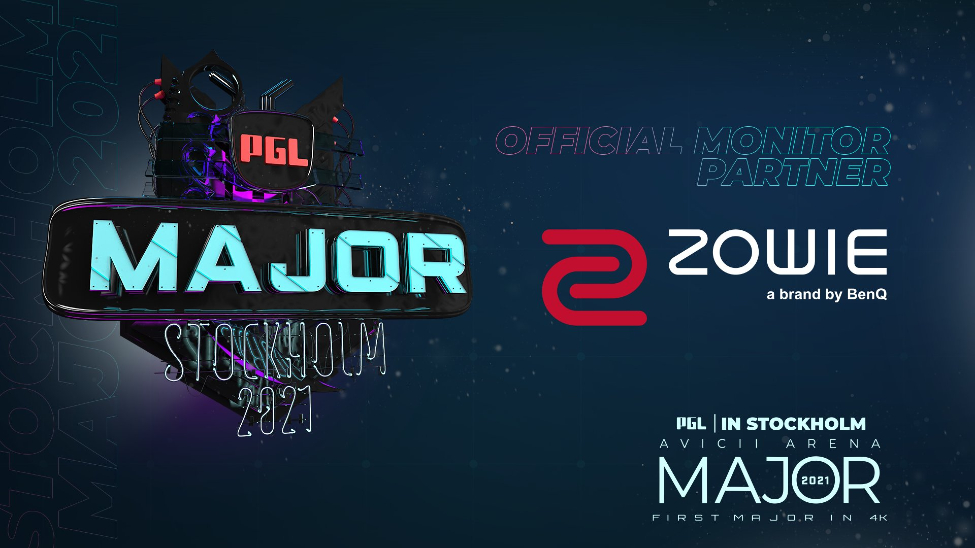 The Stockholm Major will be the 16th CS:GO Major to take place and the first one to be held in two years after ESL One: Rio was cancelled due to the COVID-19 pandemic.

Once the Challengers and Legends stages have concluded, eight teams will compete for a share of $2m (~£1.45m) in prize money.

Due to restrictions caused by the pandemic, talks of the Major moving from Sweden’s capital were considered in a bid to host a capacity crowd. However, due to restrictions on crowd numbers lifting on September 15th, the event will remain in Stockholm with a live audience in attendance for the Champions Stage held inside the Avicii Arena.

ZOWIE becomes the second partner for the Major, joining gaming chair manufacturer Secretlab on the roster. The manufacturer will be equipping the arena with its chairs for players to use during competition. The Major commences on October 26th and will conclude on November 7th.

Esports Insider says: Considering ZOWIE’s focus on esports, it’s no surprise to see PGL join forces with the division to use its monitors for one of the biggest CS:GO tournaments of the year. Depending on the success of the partnership, there could be further opportunities for the two parties to collaborate on future events.