Like most video games, fighting games are not without their tropes. There's almost always going to be a slow-moving brute, a spunky school girl, an impossibly difficult final boss, and a shoto. But one of the most interesting tropes is the animal that somehow entered into a fighting tournament.

While this has never really made any sense (how could a bear fill out all that paperwork?), it has made for some of the most interesting characters in video game history. Whether they're awesome or just plain silly, all of the fighters on this list have proven themselves to be some of the most memorable animal combatants you can play as in a fighting game. 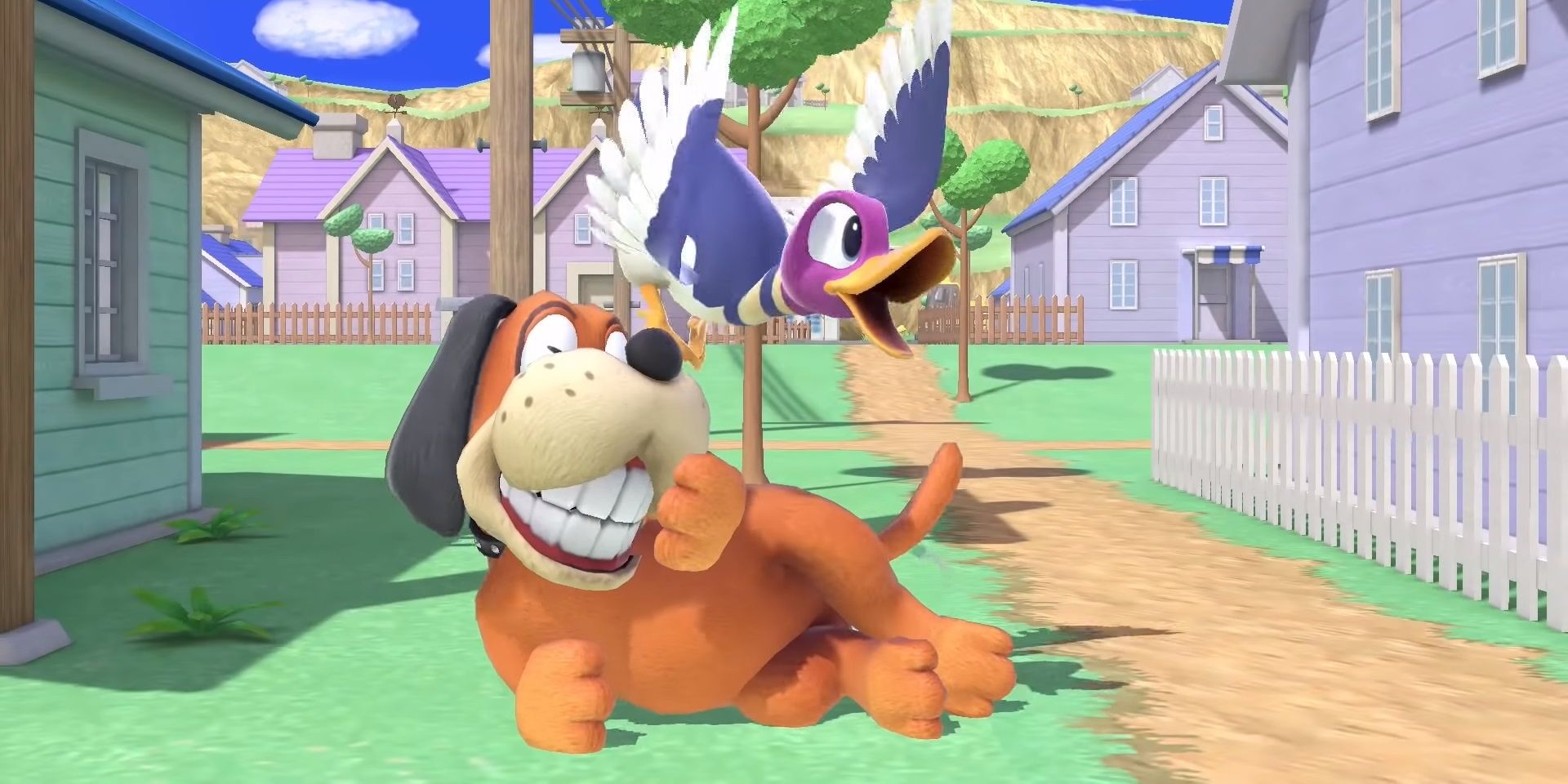 The Super Smash Bros. series is filled with various animal characters beating the snot out of each other like Donkey Kong, Fox McCloud, and Isabelle. However, none of these characters are quite as unique as Duck Hunt.

A combination of the dog and bird from the self-titled NES game, Duck Hunt recreates the classic zapper-based gameplay with projectiles and lots of aiming peripherals in all of their attacks. But most importantly, you finally get a chance to get revenge on that dog for all the times it laughed at you back in the day! That's gotta be worth something, right? 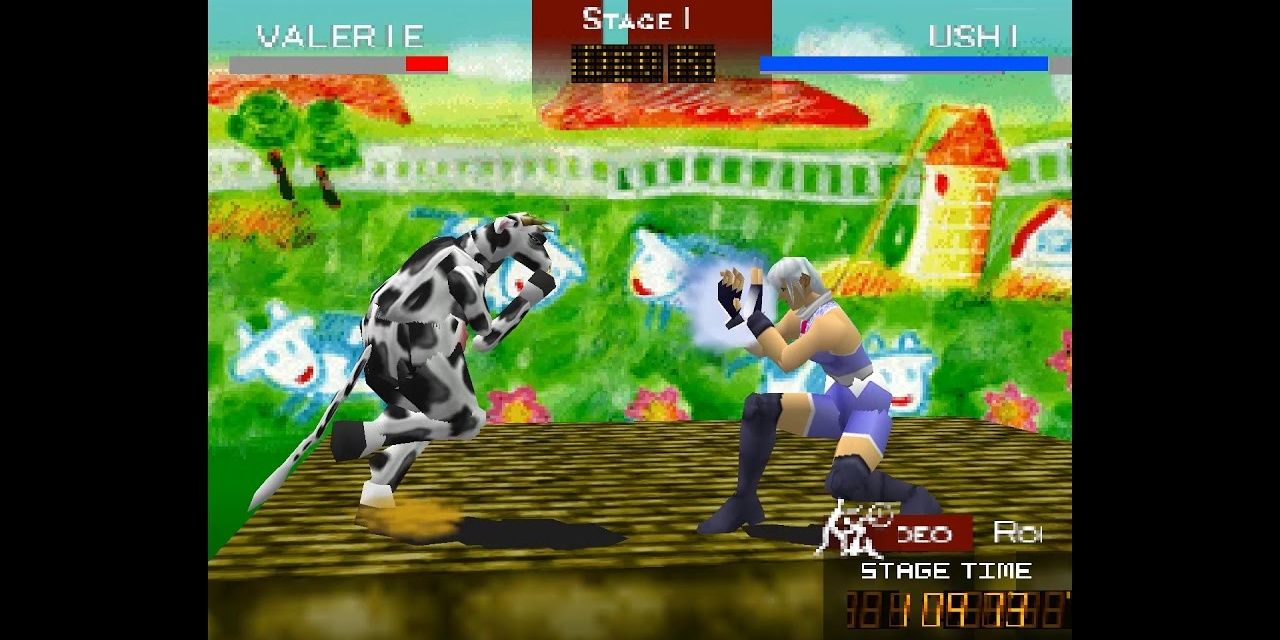 Fighting Destiny is one of the many forgotten fighting games for the Nintendo 64. While the gameplay was deep and fights were scored on a unique point system, the characters and overall presentation were all fairly bland. However, it did feature one of the weirdest unlockable characters of all time: Ushi.

After you beat the game and earn a star, select the new "Rodeo Mode." You'll find yourself in front of a poorly drawn picture of a farm fighting a cow. This is Ushi and if you successfully last one minute without them defeating you, you will unlock them for regular play.

8 Hooter – Eternal Champions: Challenge From The Dark Side 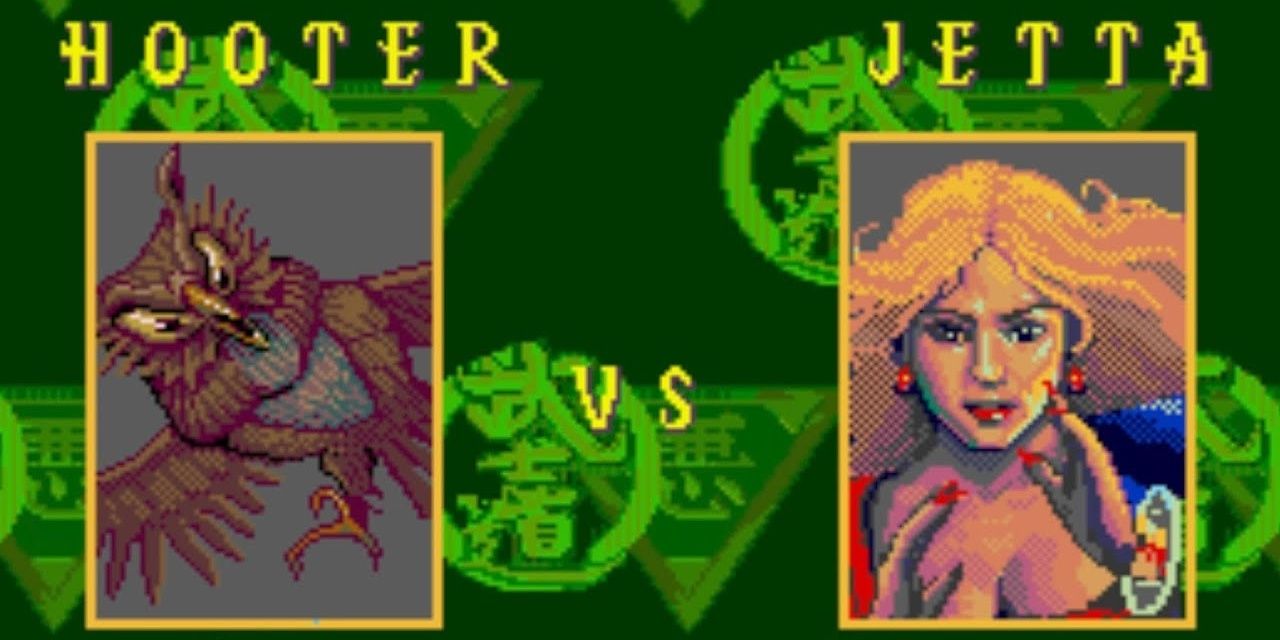 The Eternal Champions series has a more morbid tone than other fighting games since all of its characters have already died and are fighting to start a new life. Amongst all of these characters in the second game are secret fighters that are animals that met truly tragic ends.

One of the main standouts amongst these animals is Hooter, a familiar to a warlock who was executed during the Salem Witch Trials. While these other secret animal characters may have more tragic backstories, Hooter is here because he can headbutt opponents, wears incredible sunglasses, and has the name Hooter. Enough said. 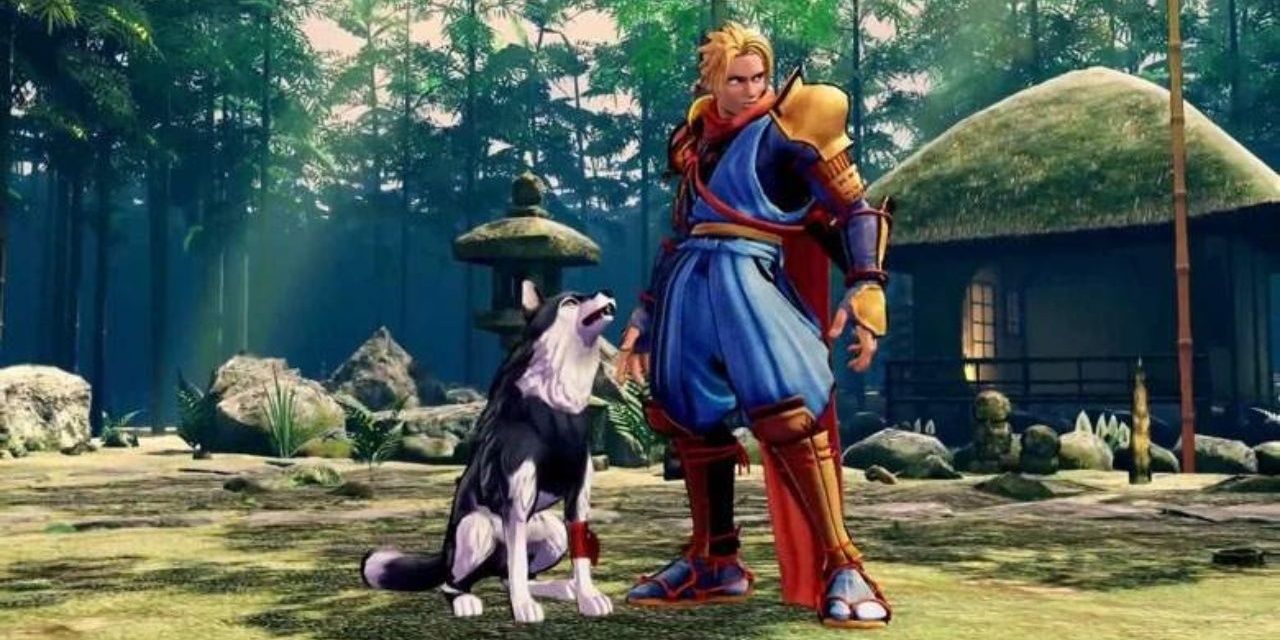 Galford D. Weller from Samurai Shodown is a ninja from America who forged the bullet that killed his father into his blade. But more importantly, he has an adorable husky named Poppy that fights by his side! And most importantly, she became playable in Samurai Shodown V.

Poppy is everything a person can want in a video game dog: adorable, loyal, and caring. Plus, she can perform a gnarly pile driver! She has remained a constant in the Samurai Shodown series even after her death when Galford named one of her puppies after her. 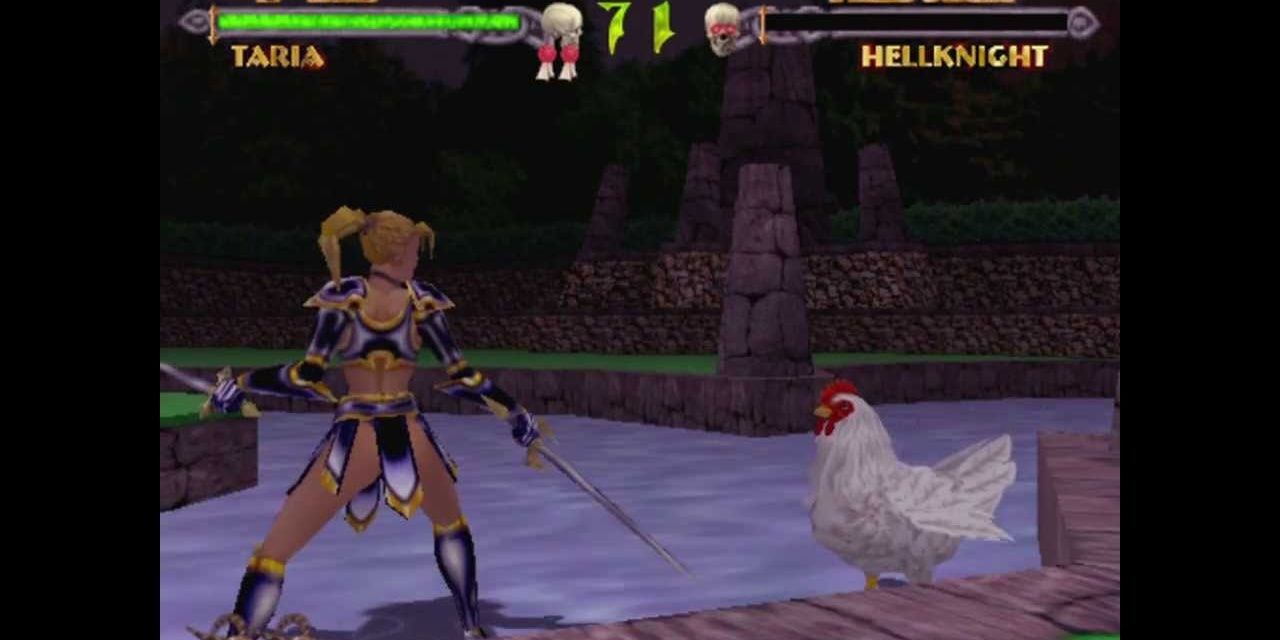 Remember when you would hit the Cuccos in The Legend of Zelda and they'd all continue to attack Link? Pojo is who they all strive to be. This is an unlockable character from another forgotten N64 fighting game, Mace: The Dark Age. However, instead of being an anthropomorphic cow, she is just a chicken and fights exactly how you'd imagine a chicken would fight. Well, almost.

Pojo holds the power of the cosmos in her beak and can literally perform somersault powerbombs. But what really separates her from the rest of the animals on this list is her tenacity to "wage a never-ending battle for truth, justice, and the feathered way." It really brings a tear to your eye. 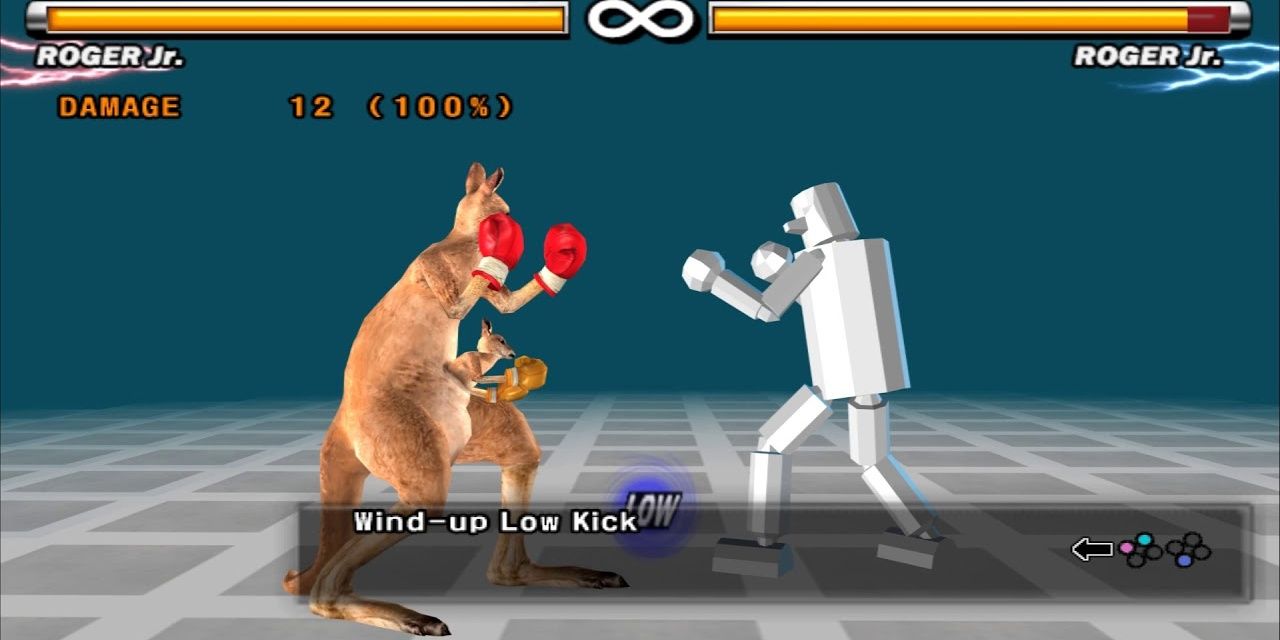 Tekken 2 introduced two of the weirder fighters in the series with Roger and Alex, a boxing kangaroo and a raptor, respectively. And while both of them are interesting in their own right, the character who really takes the cake is Roger's son, Roger Jr.

This is because his story is just so much deeper, even if it's played for laughs in the end. Roger Jr. is actually the baby in the pouch and wants to find his dad more than anything. So props not only go to this dedicated child, but to the mother supporting their kid in one of the most difficult fighting tournaments in the world. It's a surprisingly touching detail to a silly boxing kangaroo gimmick. 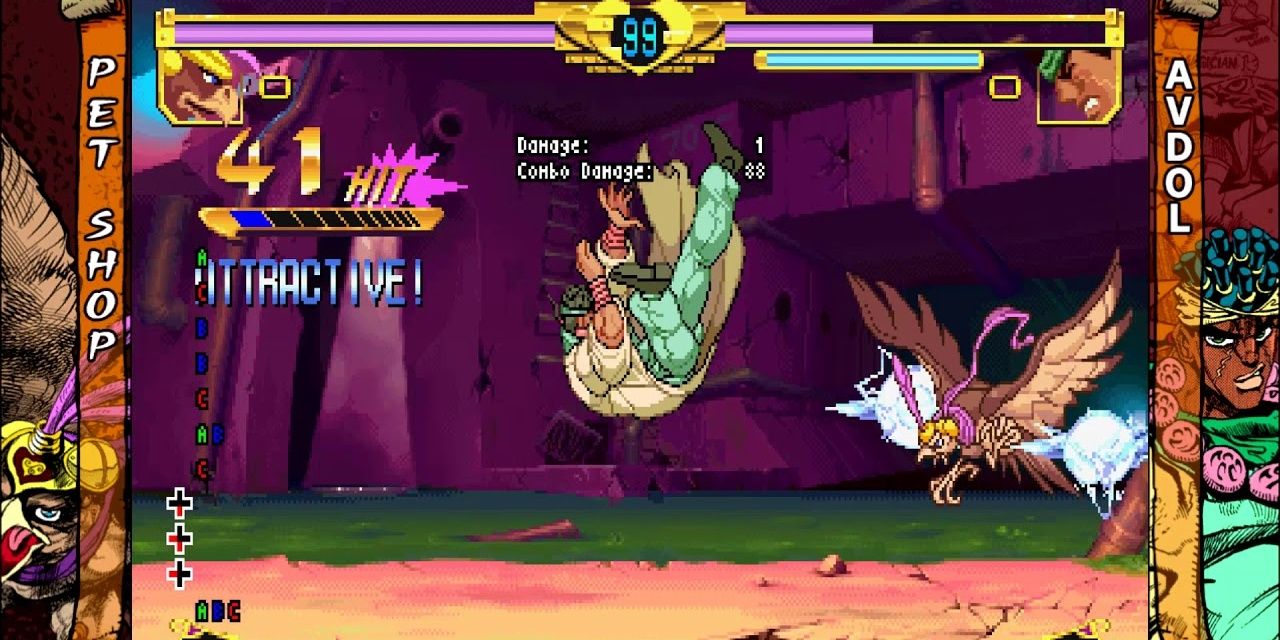 A lot of the animals on this list are here for being ridiculous or badass, but only one of them is on here for being absolutely broken. That honor goes to Pet Shop from Jojo's Bizarre Adventure: Heritage for the Future.

A terrifying falcon that can decapitate dogs, Pet Shop has a tiny hitbox, can freeze opponents with ice-based attacks, and has an infinite combo that is impossible to break out of. Pet Shop isn't just terrifying in the world of Jojo's, he's a terrifying force for any player to battle. 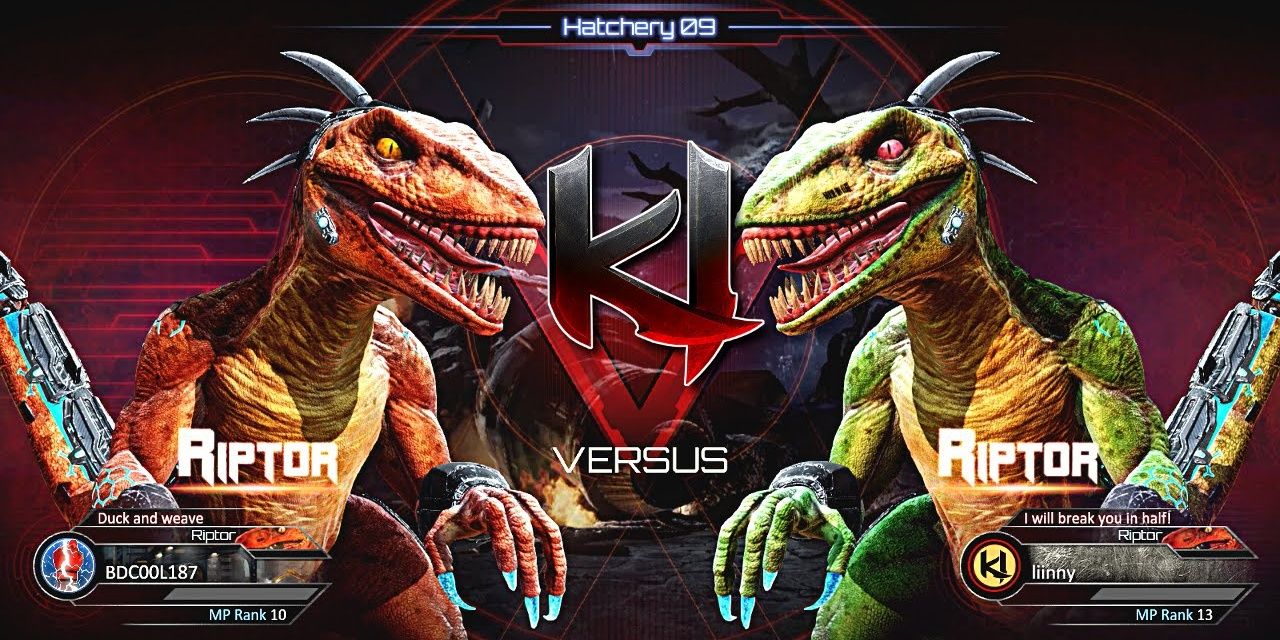 Killer Instinct is one of the most diverse fighting games out there with cyborgs, skeletal pirates, and werewolves. But one of the coolest characters is easily Riptor. Ultratech (a global corporation that organized the Killer Instinct tournament) took a velociraptor, crossbred it with human DNA, and added a ton of cybernetic enhancements. This made for one of the deadliest creatures in all of history.

Really, it all comes down to this: dinosaurs are cool. Cybernetics are cool. Therefore, Riptor is undeniably cool. She is arguably the best dinosaur in fighting game history. 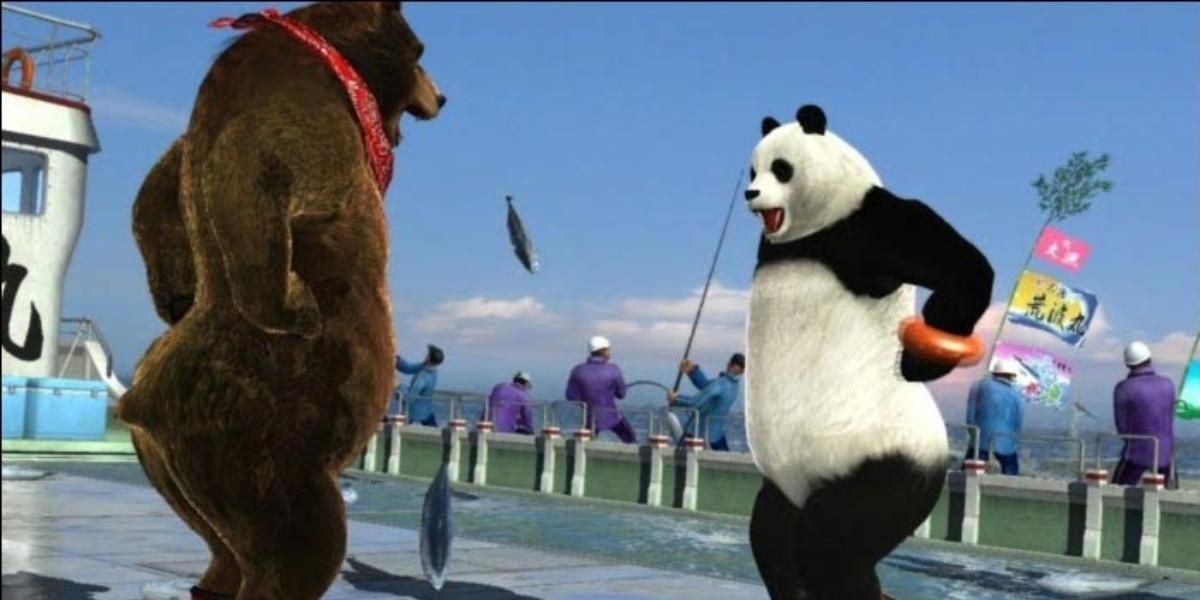 When playing the original Tekken, one of the biggest shocks was playing as Paul Phoenix and suddenly having to fight a freaking grizzly bear. This was Kuma, probably the earliest example of an animal in a fighting game. Cut to Tekken 3 and Kuma has a palette swap: Panda. This friend of Ling Xiaoyu became the center of Kuma's affections, but those feelings have never really been reciprocated.

Ever since, these two have been inseparable from fans' minds. Both are lovable, ferocious, and incredibly powerful. When people think of animals in fighting games, these are probably the first two they think of. 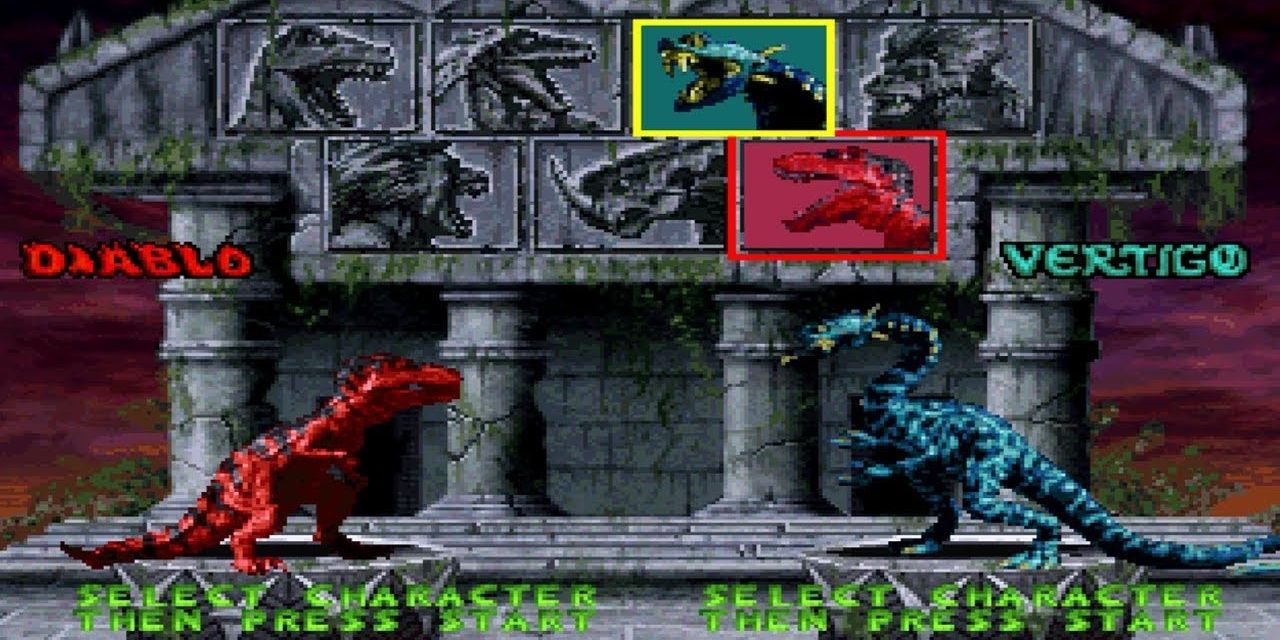 The '90s were filled with Mortal Kombat imitators, but none of them were nearly as cool as Primal Rage. It was absolutely brutal and became one of the best-selling arcade cabinets of all time. I mean, you had seven prehistoric god-like creatures battling it out for total world domination. What's not to love?

But it becomes difficult when you're trying to decide which character is the best. Do you go with the vicious velociraptor Talon? The terrifying tyrannosaurus Sauron? The arctic ape Blizzard? Or even the Tristegasauratops Armadon? The correct answer is all of them because no matter who you choose, they are going to be some of the most memorable and vicious fighting game characters of all time.