Ancient Rome is one of the most famous empires that ever existed, conquering territory in almost every continent in the world. From the serenity of the agora to the gladiator fights at the Colosseum, Ancient Rome was a historical period intriguing enough to be emulated in games.

With iconic figures such as the infamous Julius Caesar and cruel despots like Emperor Nero, these fantastic games show you why the story of Ancient Rome is one for the ages. 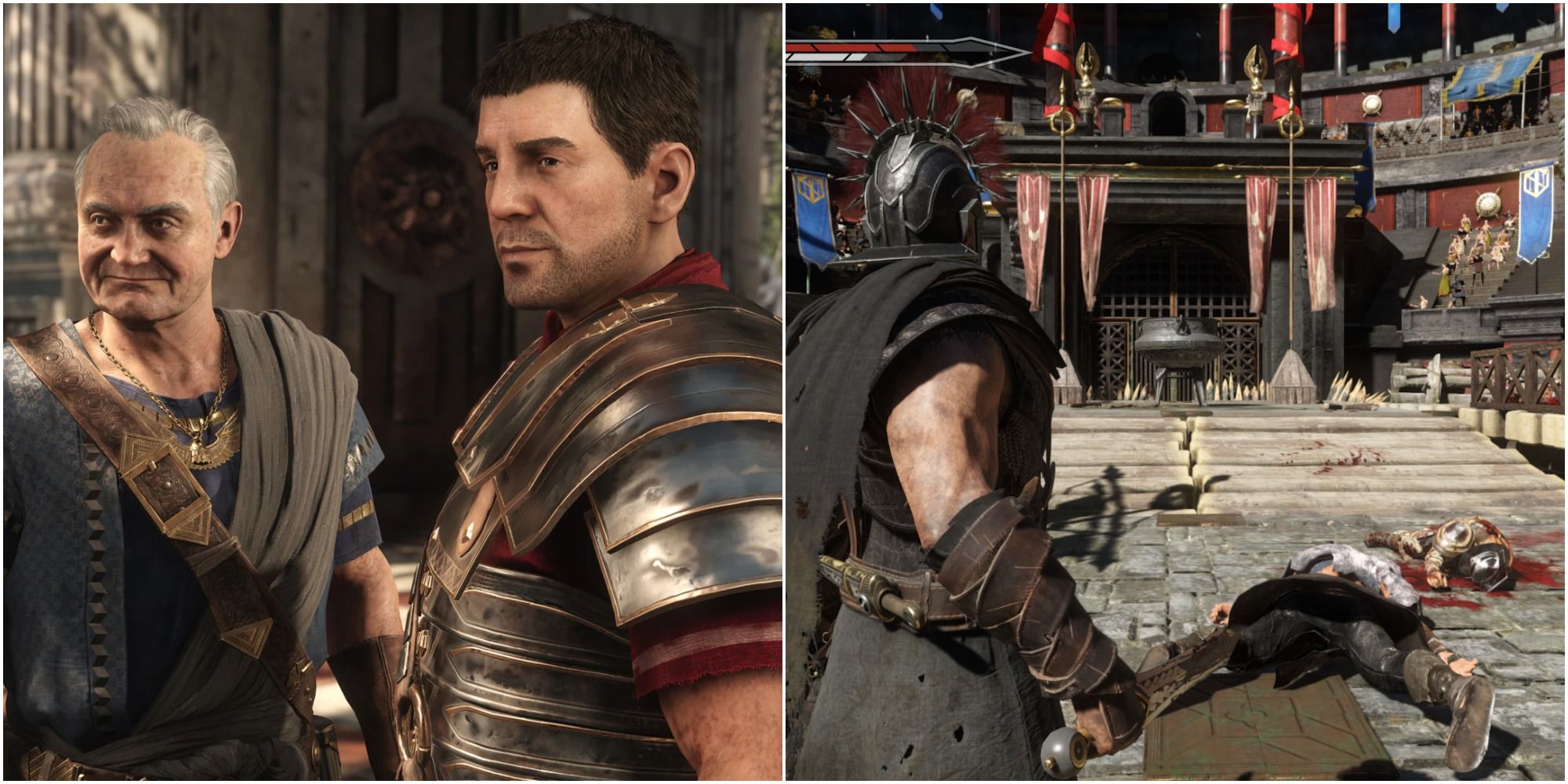 Ryse features the remarkable tale of a Roman legionnaire, Marius Titus, whose story is one of vengeance and retribution. Marius seeks justice for his murdered family, signing up to fight to put down the rebellion in Britain. He eventually finds out that Emperor Nero was responsible for all that befell him and so begins Marius's rise as Damocles, an avatar of vengeance.

This hack-and-slash adventure game launched in 2013 proves to be both gripping in its storyline and cinematic feel. Despite some complaints about its quick-time events, the game's graphics are extremely impressive and smooth, immersing you in a Roman epic like no other. 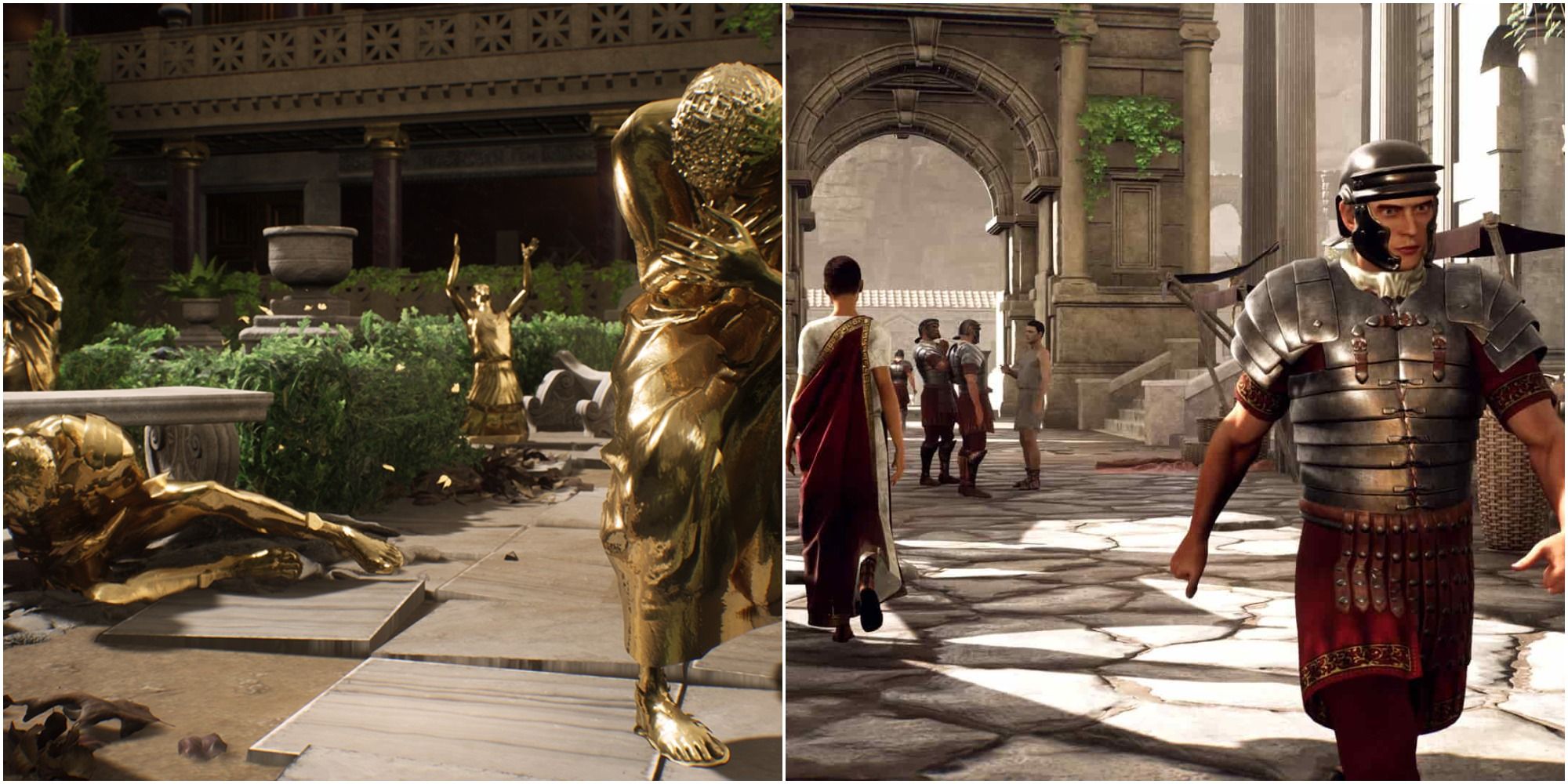 This 2021 RPG mystery game is actually an adaptation of a popular 2015 Skyrim mod that had the player figuring out a mastering involving time travel and time loops.

The Forgotten City follows the protagonist's mission to help a woman named Karen find her missing friend. Your investigations lead you to the ruins of an ancient Roman city that magically sends you back in time to its heyday. The city is rife with mysteries and side quests, as well as a mysterious law called 'The Golden Rule' that turns its citizens into gold as punishment for their crimes. 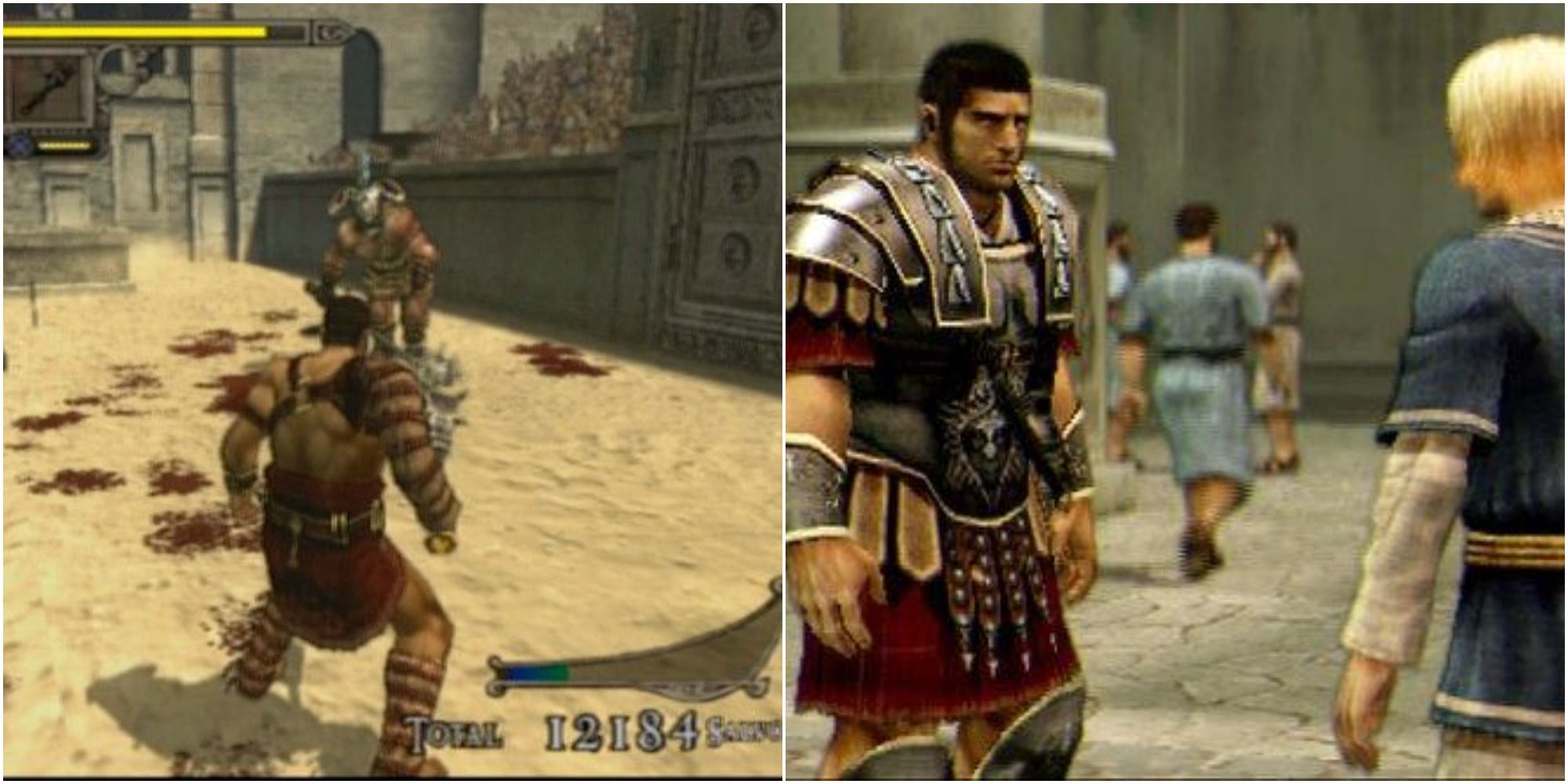 Capcom's third-person action-adventure Shadow of Rome sees you take on the gladiator arena against enemies of monstrous strength and agility.

The game is set not long after Julius Caesar's assassination. Agrippa, the main protagonist, is persuaded to join as a gladiator in order to save his father from being executed for Caesar's murder. A vast conspiracy lies at the heart of Shadow of Rome, and with the help of the future Emperor Augustus, Agrippa moves in a race against time to solve Caesar's murder and free his father. 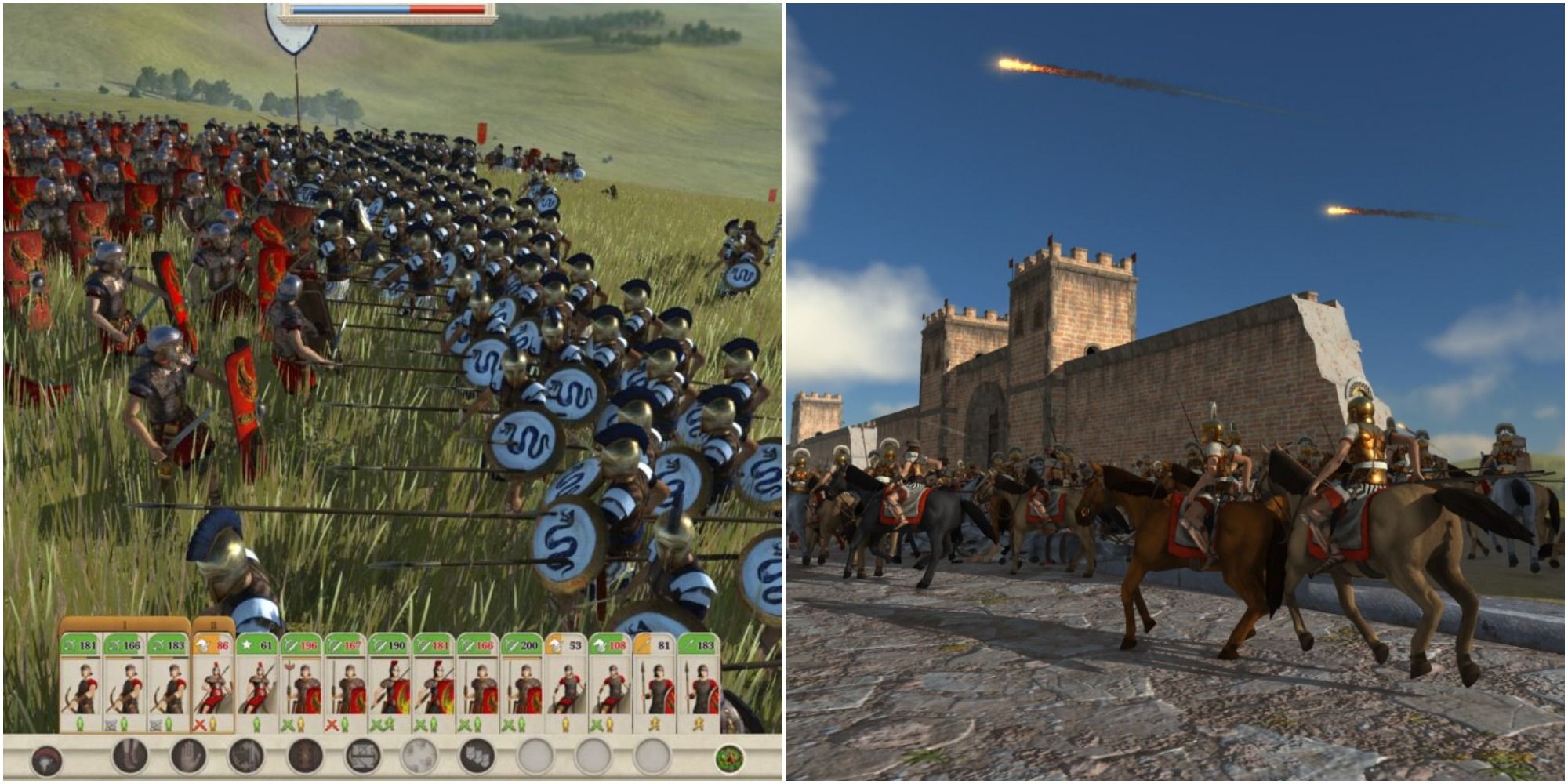 The third instalment in the Total War series, Rome: Total War is another grand strategy game set in the final years of the Roman Republic and incorporates real-time battle mechanics. Sega recently launched a remastered version of the game, with the principal aim still being to become Emperor of the Roman Empire.

Aside from starting from a Roman family, there are several interesting factions across the globe to begin your journey from. The game's expansion packs – Barbarian Invasion and Alexander – are stellar standouts themselves, with the once-in-a-lifetime chance of playing as the Alexander the Great himself. 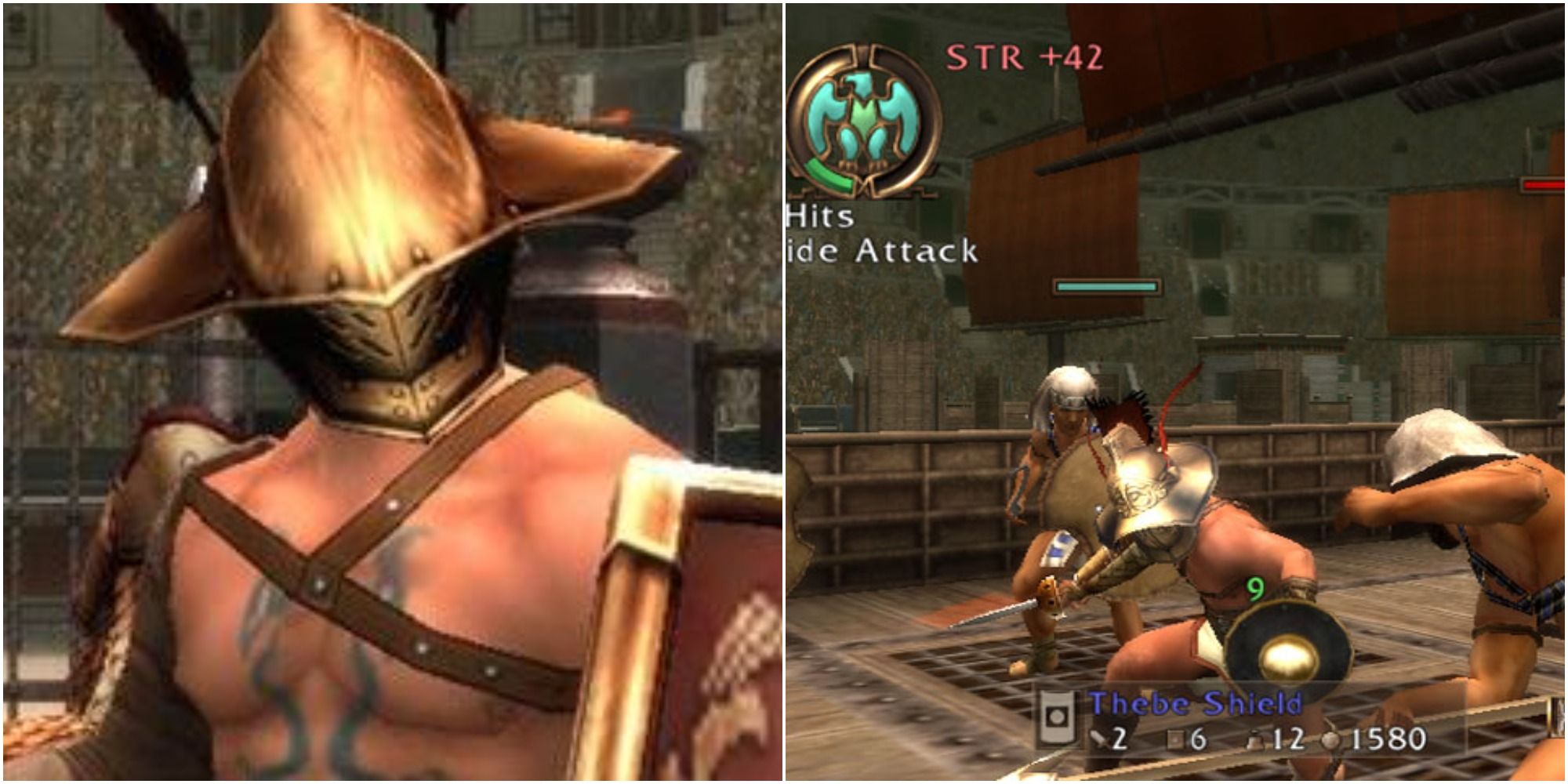 Yet another gladiator game, Colosseum: Road To Freedom has you playing as a slave forced to train day in and day out to win a tournament in order to obtain freedom.

Colosseum allows for customisation of your chosen protagonist, as well as multiple endings depending on your decisions. There are opportunities for you to participate in training sessions to upgrade and learn new skills before an official fight. 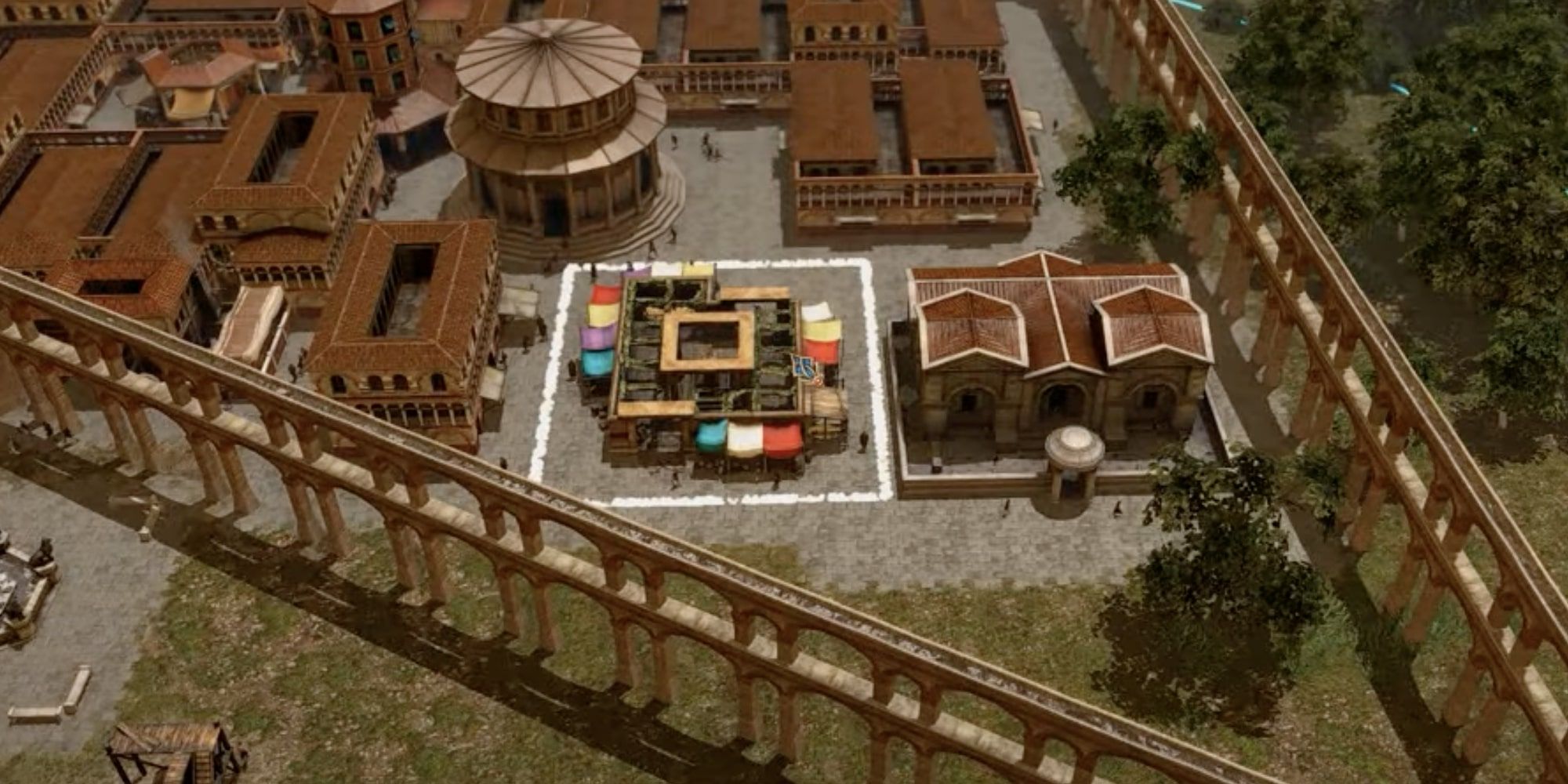 Grand Ages: Rome is a strategy and city-building game that takes place in the latter years of the Roman Republic. Aside from establishing yourself as a reputable figurehead, there are missions to construct buildings and build a Roman colony for the Roman Republic.

Famous historical events occur throughout your gameplay, such as Spartacus's slave rebellion and they can even affect your progress. Iconic historical figures like Pompey the Great and Marc Antony are featured in the game as well, adding a bit more history and immersion. 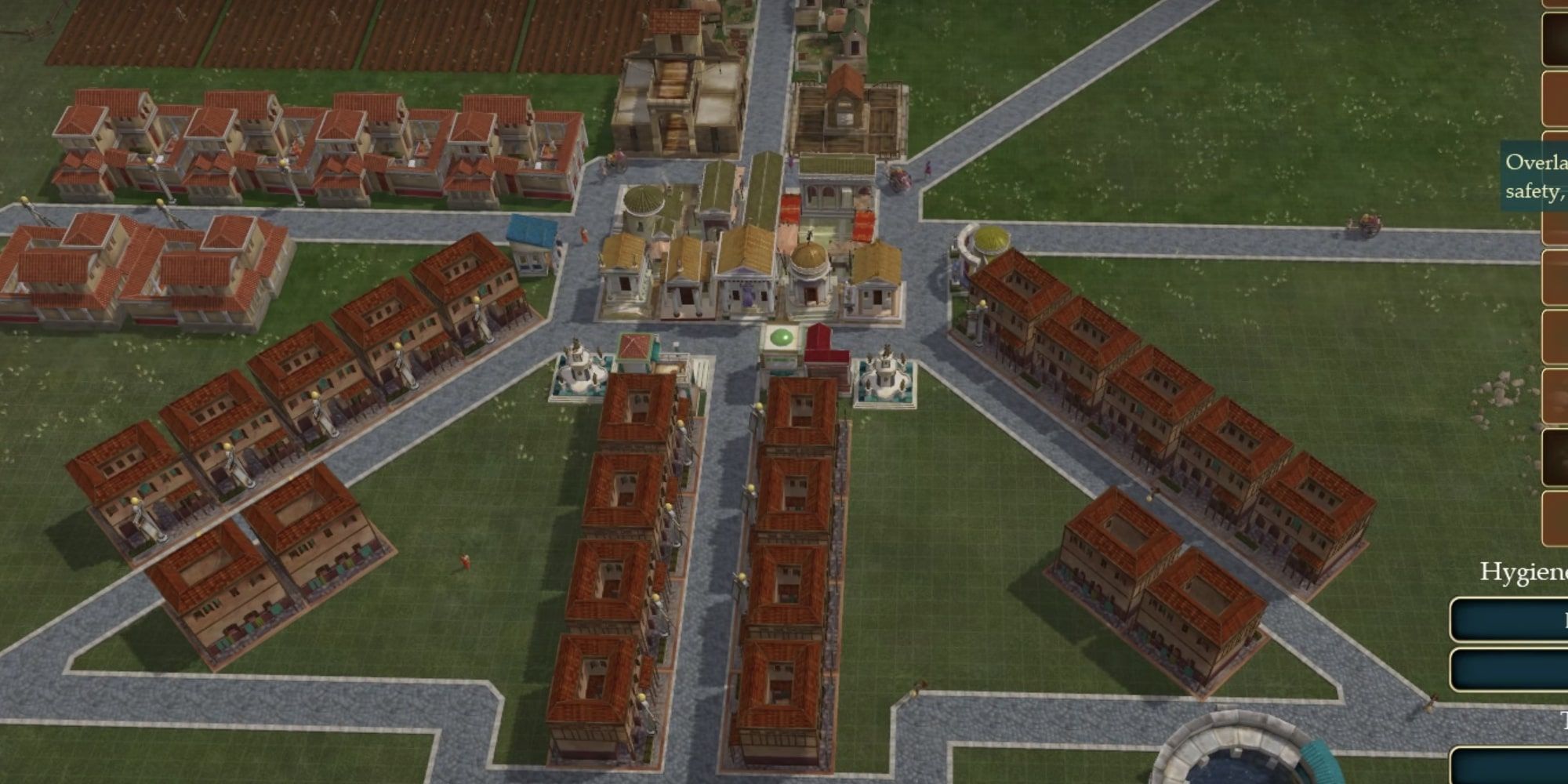 The fourth iteration to the Caesar city-building game series, the 2006 launch of Caesar 4 sees an attempt at using realistic 3D in-game mechanics, as well as historical accuracy in depicting daily life in Ancient Rome.

Divided into three different periods, the main campaign centres around the duration of Ancient Rome as a Republic, and then an Empire. As you build your city and progress, your rank and title will naturally rise until you reach the status of Praetor (Republic) and Consul (Empire). 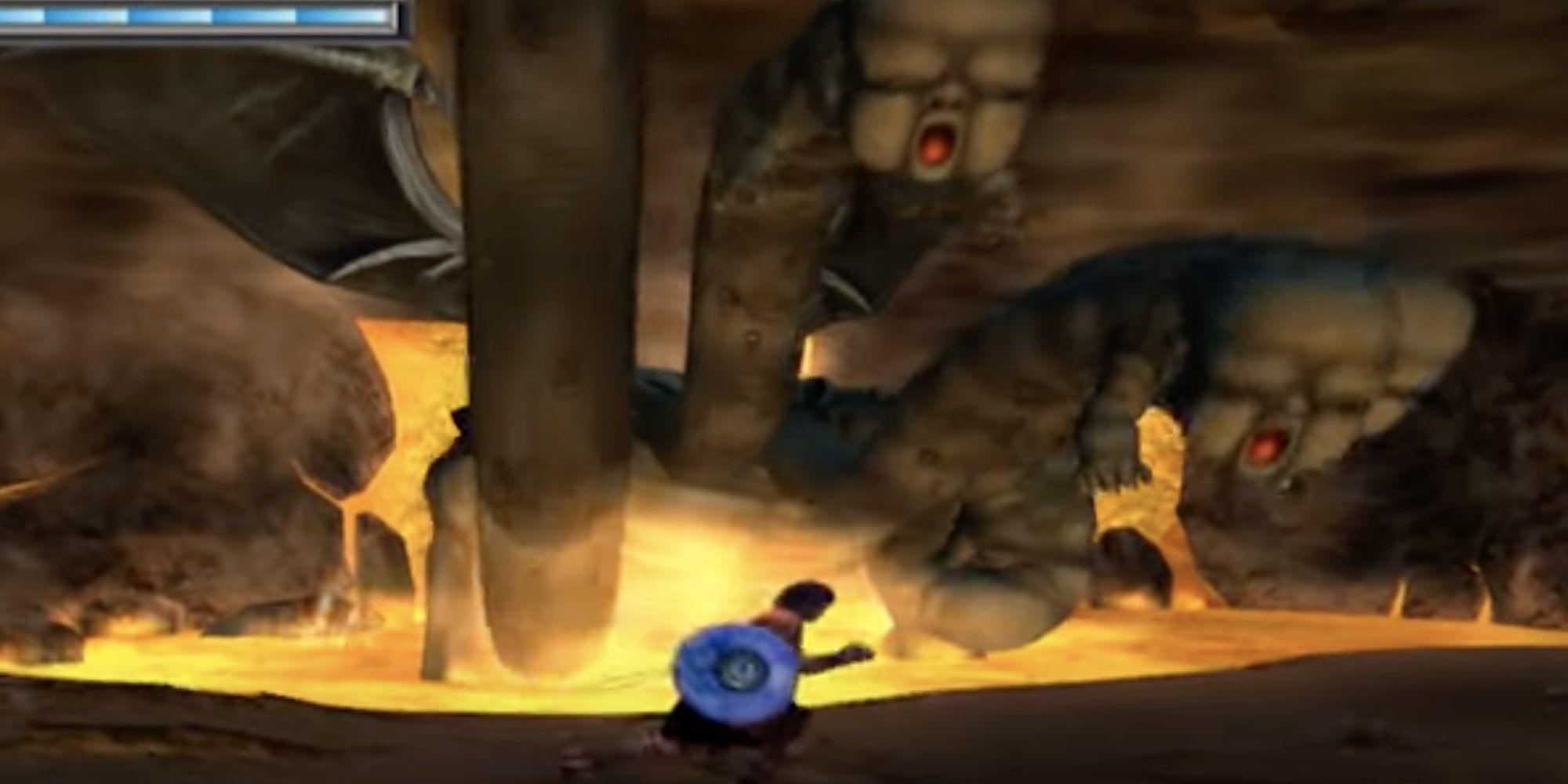 Using a blend of Greek and Roman mythology and architecture, Tecmo's Rygar: The Legendary Adventure follows the journey of its eponymous character Rygar.

The kidnapping of Princess Harmonia by the monstrous Echidna and her army of Titans sets Rygar off on a mission to save her. With the island of Argus in turmoil without its Princess, Rygar arms himself with a weapon of the gods known as the Diskarmor to restore things to rights. 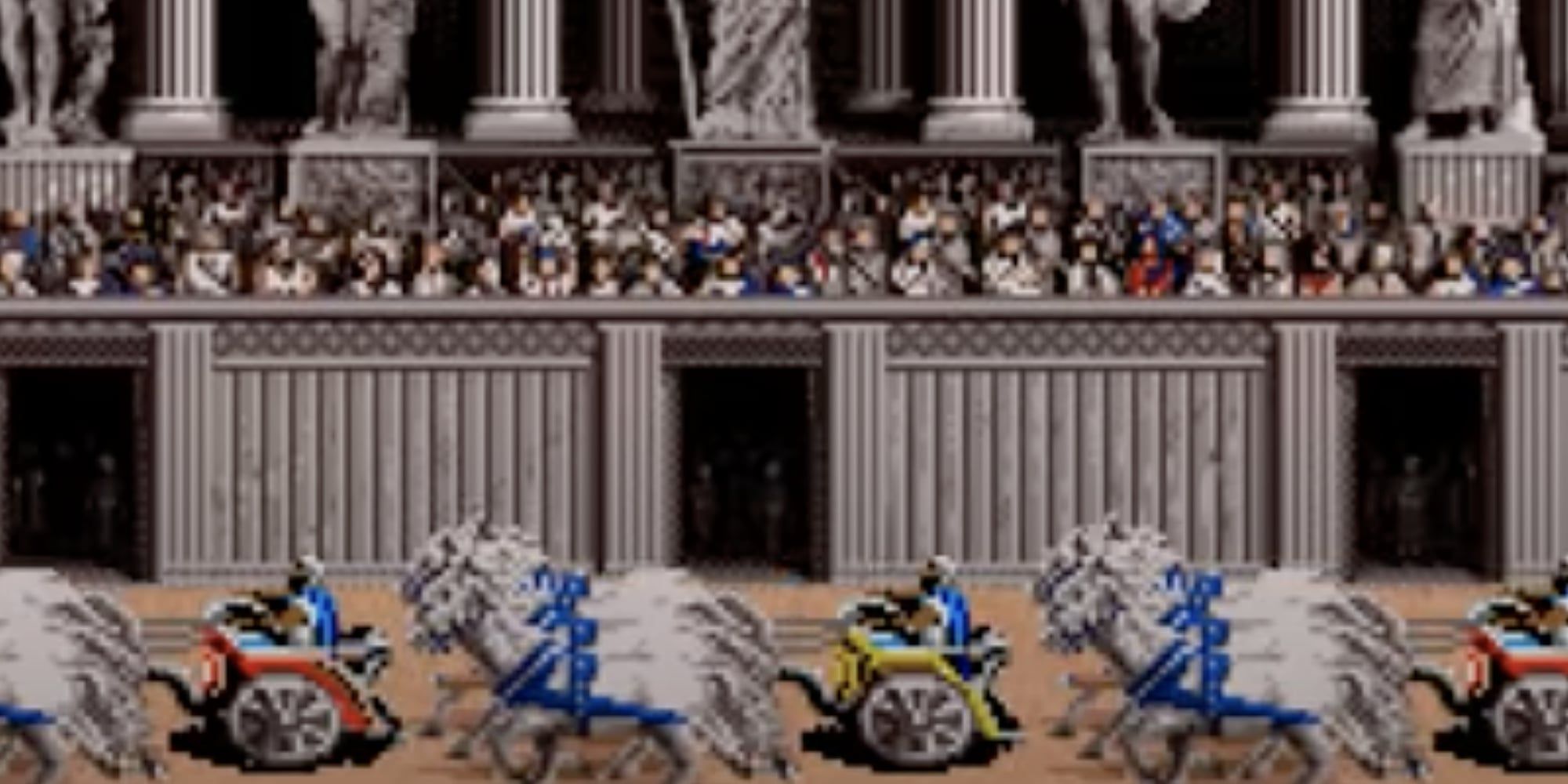 As the name suggests, you play as a centurion in the year 275 BC, with great ambitions to become the foremost leader of Ancient Rome – the Caesar.

This turn-based strategy video game launched in 1990, with the ability to raise your status from a mere centurion to winning real-time battles against Rome's greatest enemies. You can even participate in gladiator battles and forge alliances with infamous historical characters like Queen Cleopatra. 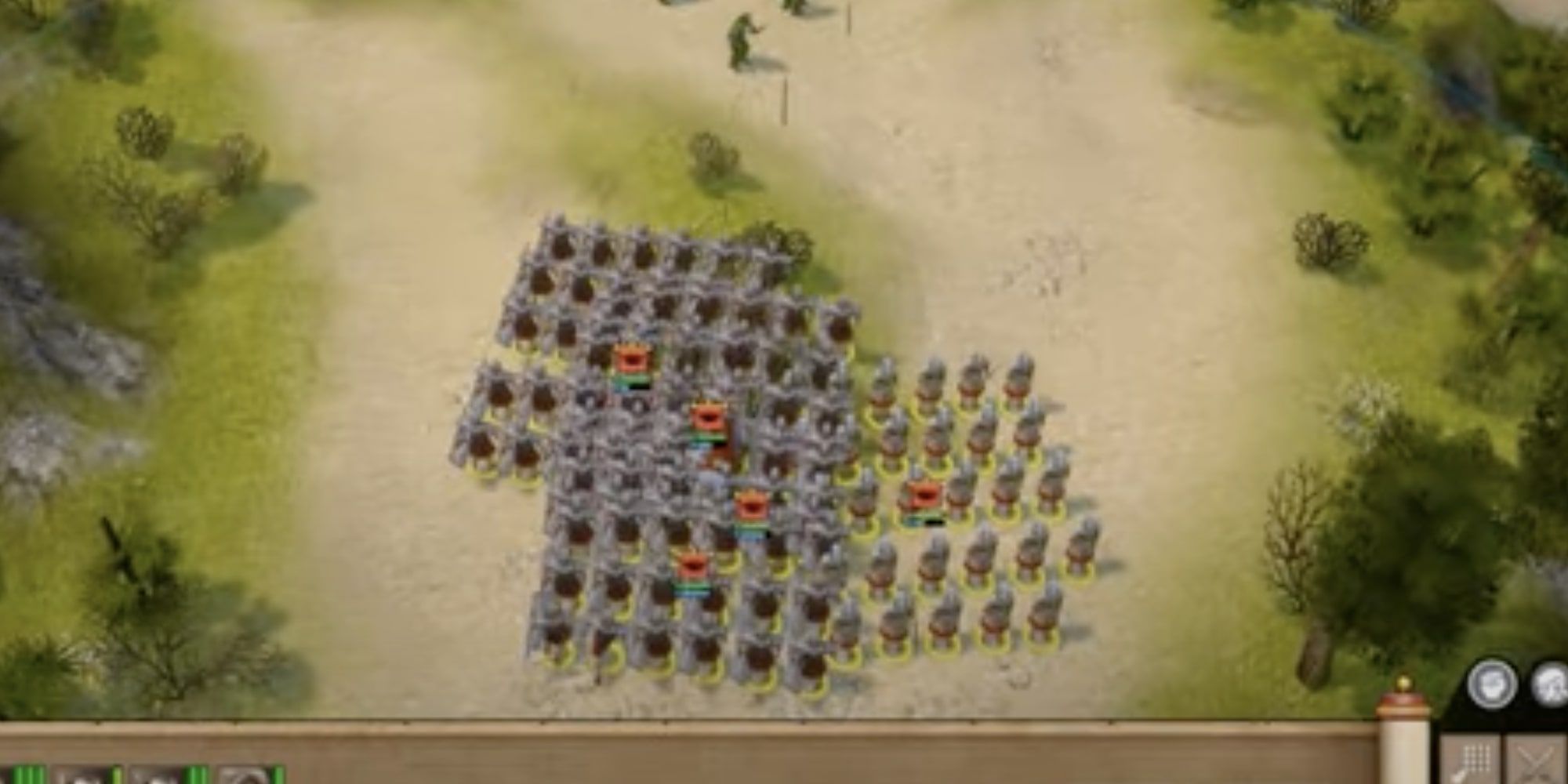 This strategy game really emphasises the combat and battle aspect of Ancient Rome and is largely inspired by the military campaigns of Julius Caesar. In fact, you can even play as the legendary commander himself and relive his greatest military feats.

Aside from starting off from the Roman Republic, you can also start from the Ancient Egyptian Ptolemaic Dynasty or a barbarian tribe from Britain. Different factions have perks to their armies specific to their cultures, like gladiators for the Romans or Nubian archers for Ptolemaic Egypt. Praetorians deliver on the promise to let you live out your dreams as a Roman conqueror on par with Caesar.