It seems gamers are suckers for punishment. Survival games like Don’t Starve have seen an increase in popularity in recent years. The survival genre puts players in dire, life-threatening situations with limited resources and forces them to, well, survive. The resulting gameplay involves gathering, crafting, and fighting off enemies. The goal is almost always the same: live to see another day, whatever the cost. Trust us, it is certainly not easy.

Survival games are not a new concept but the popularity of Don’t Starve has sparked the creation of a wide number of games all attempting to put their own stamp on the genre. Some of these have gained critical acclaim and others have failed to capture what Don’t Starve did so well. We have sorted through them all to bring you 10 Games Like Don’t Starve that are sure to scratch that itch.

Updated February 20, 2021 by Gene Cole: Not only have the past few years seen tons more survival games in the vein of Don’t Starve, but we’ve seen many of these reflective of the game’s excellent and popular co-op mode Don’t Starve Together. With time being so kind to this genre, this list deserved some more recent entries for gamers who love to survive in the wilderness with friends. It’s hard not to recommend We Need To Go Deeper to any fans of Don’t Starve, because both of these games carry a hand-drawn art style that’s equally beautiful to look at. The game itself is also fairly similar, being another survival and roguelite game where you and your friends explore the ocean in a rusted submarine to fight monsters and discover treasure.

This is one of the greatest co-op experiences out right now, and those who loved Don’t Starve Together will absolutely be able to appreciate the active team-based adventure within this great game. If you’re looking for anything to play with friends specifically, this is an all-star option.

Raft is one of many desert island survival games out right now, but this one manages to feel just enough polish to let fans of Don’t Starve feel satisfied. It’s built on similar survival mechanics of needing food, shelter, and protection from various monsters throughout the ocean and its many islands.

The greatest similarity to Don’t Starve is undoubtedly the beginning, as you’re genuinely brought into this game with practically nothing but a small plank to stand on. You and your friends will slowly move from having just that one board to an entire floating home, and that transition is extremely satisfying to make if you don’t die of hunger first.

Astroneer is much less of a life survival game, but fills that void of exploration that Don’t Starve is especially exciting for. You and your friends are a group of miniature astronauts, who have a sole mission to explore and mine materials as you travel across the universe and build your own planetary bases.

This game also moves much faster than Don’t Starve in quite literal ways, as this game’s inclusion of vehicles means your maps are immensely larger as you start off on new worlds. It’s a great experience for those looking to enjoy another survival and crafting game, but also a much brighter option for those who need a break from Don’t Starve’s grim color palette. If you don’t mind a more mission-based and action-filled experience than a top-down one, Deep Rock Galactic is a potentially strange choice that’s especially good for those in need of a multiplayer game. You and your friends play a variety of space-travelling Dwarves with guns and mining equipment, venturing to accomplish jobs and collect gear.

This is undoubtedly more of a stretch of Don’t Starve than other survival games, but its focus is much more on crafting and customization than many other games of this style. Nonetheless, its dark caves and toxic greenery still create a surprisingly frightening environment for those who appreciate Don’t Starve’s mix of eerie and adorable. Those familiar with Ark know that the game has been through a difficult pre-release period. Before its official launch, it was available to download as an early access title. It was an unoptimized mess that left a bad taste in a lot of gamer’s mouths. Since its full release, however, the game has undergone a series of patches that leave it feeling much more complete and worthy of your time.

Imagine being dropped on an island with nothing (not even the clothes on your back). You need forage, build shelter, and find food before you are overcome by the elements. Oh yeah, and did we mention the island is infested with dinosaurs that want nothing more than to mutilate you? It’s not easy but if you sink the needed hours into Ark, the possibilities are endless. Before long you will be building machine guns and plate armor. Just beware of raiders when you log out! If cute, 2D graphics are more your style Starbound is a great option. It also provides a slightly more relaxing experience than some of our other titles. In Starbound, you will travel to far off galaxies to explore, forage, and create. As you explore, you will encounter a seemingly endless supply of fun and interesting quests.

There are also a wide array of baddies that are waiting to slow your progress, including some tough bosses. To stay alive, you will need to upgrade your armor and weapons. Those less inclined to violence can also spend their time decorating their own personal spaceship and exploring deep into the earth. Oxygen Not Included strays from the typical survival game in a few key ways. Rather than focusing on your own personal survival, you must instead focus on the many lives in your colony. Your citizens, known as “duplicants,” have found their way onto an asteroid floating listlessly through space.

Your only goal is to create a functioning colony within the giant rock and ensure the health and happiness of everyone therein. To keep your duplicants fed, clothed, and healthy, you will need to harvest the available resources buried within the asteroid. These resources can be used to build new devices and structures that will help you to maintain and expand your “city.” Keeping with the water theme, Subnautica is the perfect combination of horror, survival, and sci-fi. At the onset, you will find yourself forcefully ejected onto an alien planet. Adrift in unknown waters, you will need to quickly get your bearings on your small submersible.

There are incredibly dangerous monsters lurking in the depths that you will need to contend with as you collect resources to upgrade your water base. Along with surviving, players will be treated to an outstanding soundtrack that adds to the ambiance and a well-conceived storyline to keep you on the edge of your seat. With a new expansion on the horizon, there is a lot of game here to keep you busy. When a game begins by telling you that you’re going to die, you know you’ve encountered something special. You will die, and you will learn, such is the way of many survival games. How Sunless Sea sets itself apart is through its unique setting and gameplay mechanics. The entire game takes place in a giant underground ocean in the underworld. You traverse the ocean in your own ship. As you travel you will need to monitor resources like fuel, hunger, and terror.

Interestingly, these stats dropping too low may not kill you outright but instead trigger negative story events. Unlike many other games on this list, you set the conditions of your victory at the beginning of the game. Your goals may range from being extremely wealthy to writing a “masterpiece” from the combined knowledge collected on your journey. This game relies very heavily on story and exploration, but you will need a great deal of patience to make it to the end. The Long Dark is an episodic survival adventure set in the Canadian wilderness. For unexplained reasons the world has gone dark and technology has been disabled. You will switch perspectives between the two main protagonists who have recently survived a plane crash and have become separated. The harsh cold environment means you will need to find warmth, shelter, and defend against the local wildlife.

This game is a spectacular first-person and open-world survival game, but fans of Don’t Starve will absolutely appreciate it for the quiet and lonely environment. It’s not as artistically styled as Don’t Starve, but it’s an extremely familiar feeling for those who feel impassioned when left alone in the wilderness, and will absolutely be a great experience for those who want a slightly more realistic aesthetic.

Next: 10 Open World Games To Play After You Beat RDR2 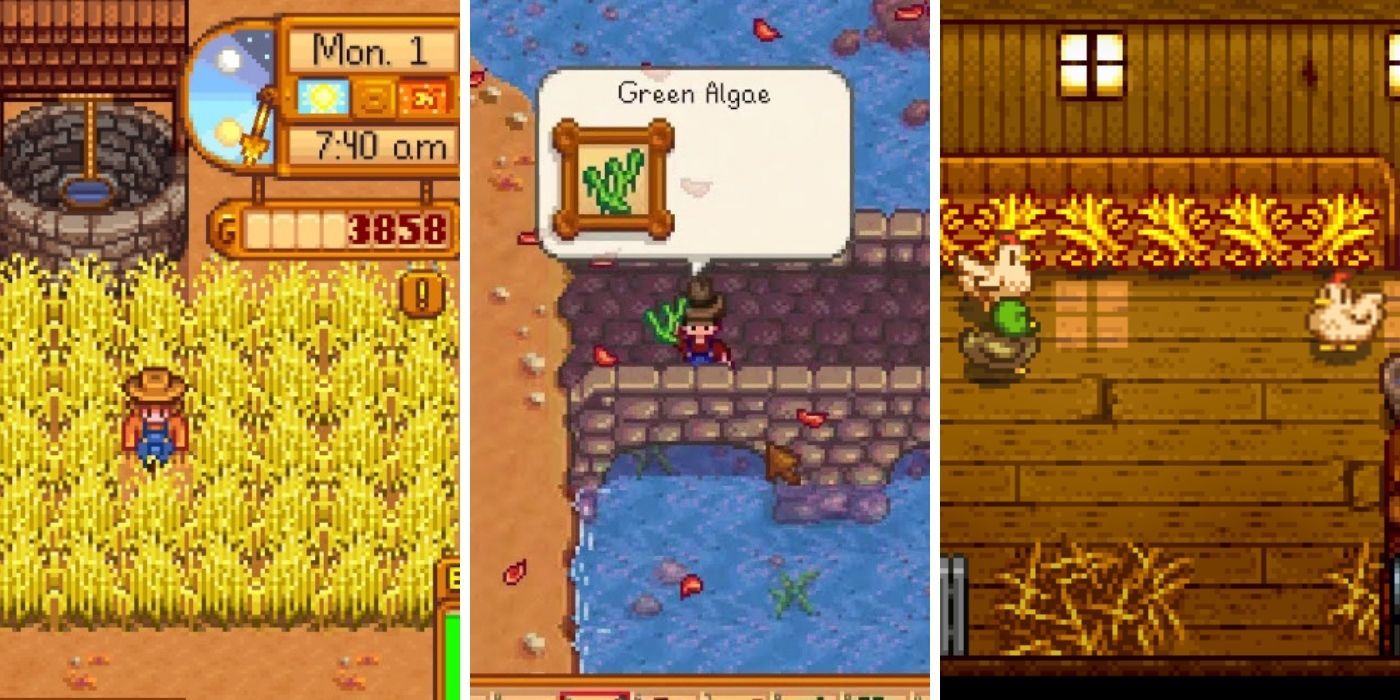