Game series are funny things. With studios changing staff, publishers swapping rights, and the market dictating what gets made next, sometimes you don't get that second installment to a series. If you are paying attention, however, you can follow developers onto their next game, and you might notice that they continue the framework of their previous title into a new one.

This phenomenon has spawned a bunch of "spiritual successors" to games. While they don't have the same name or same characters, you can kind of read around the edges that this is what developers wanted to do next with their game series, making them sequels at heart. A sequel by any other name. 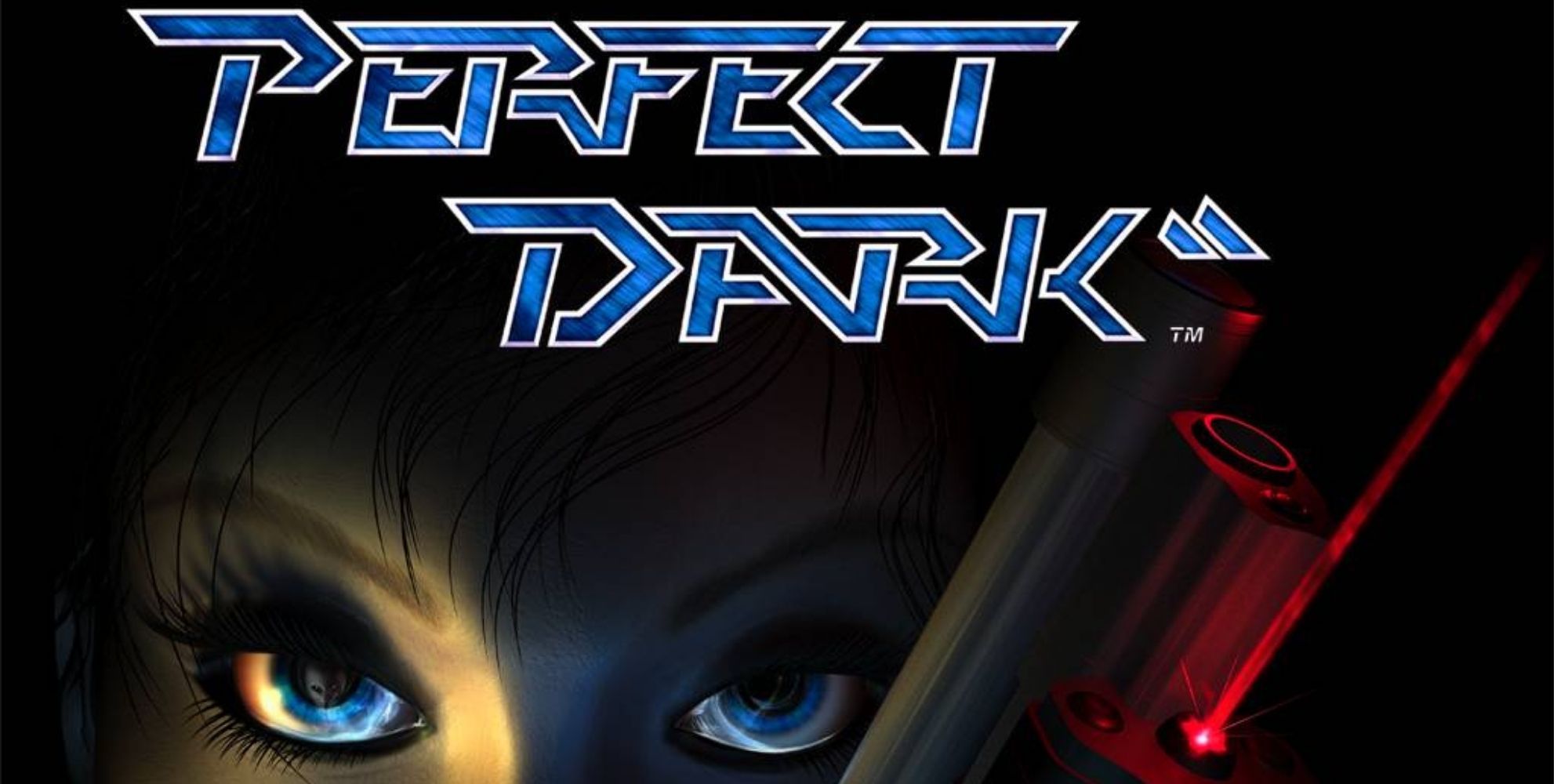 Goldeneye 007 was the premier shooter on the Nintendo 64 and perhaps in the 1990s before Half-Life showed up. Goldeneye’s developer Rare released a follow-up shooter on the N64 without the Jame Bond license. Instead of 007, Perfect Dark follows Joanna Dark, an agent for the Carrington Institute trying to stop a conspiracy. The game featured an upgraded engine, which required an N64 Expansion Pak, and threw in a co-op mode and a multiplayer mode with bots as well as other players. Perfect Dark isn’t just considered one of the best games ever for the console, it’s considered one of the best video games of all time. 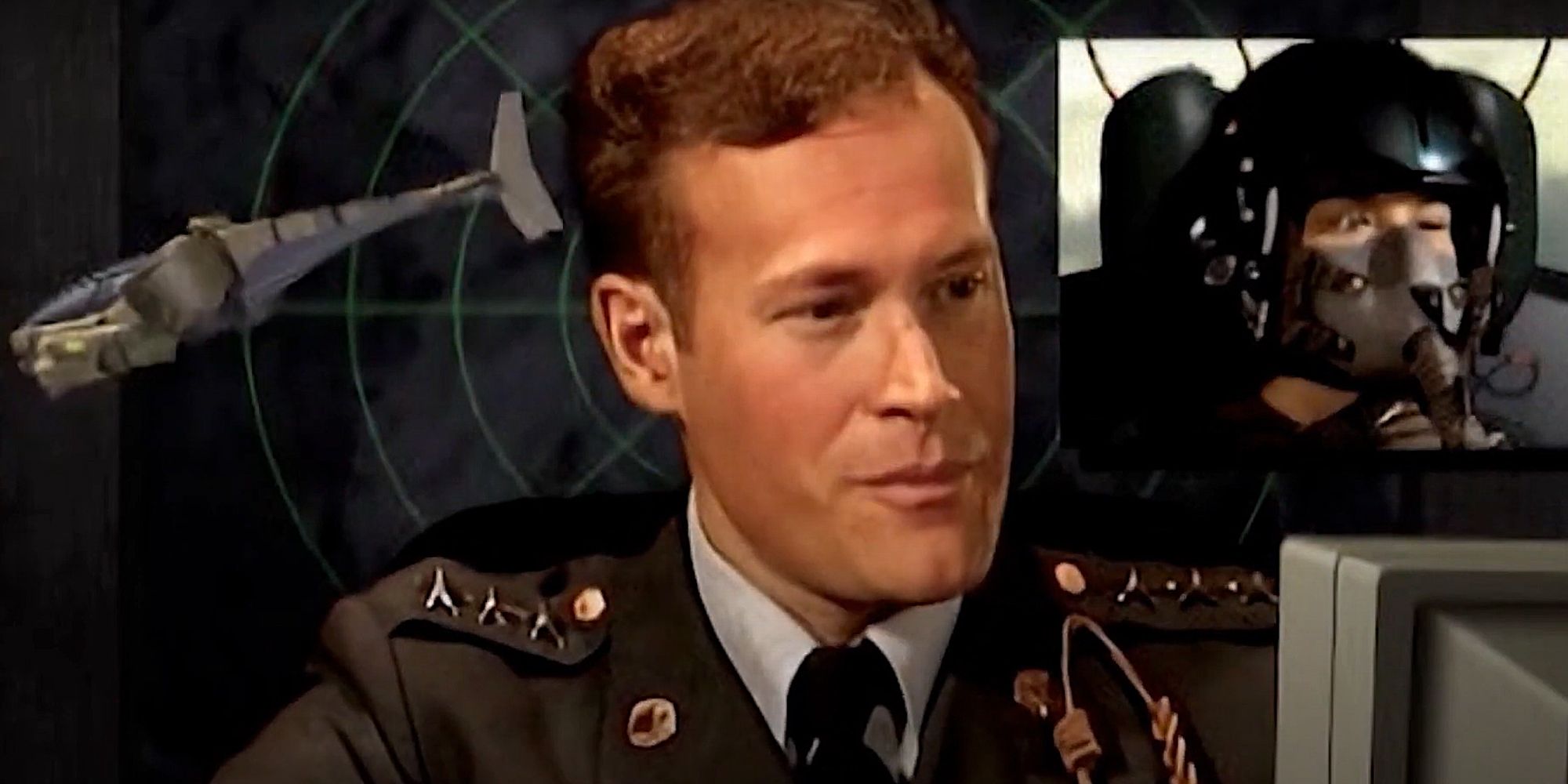 During the development of Dune 2, Westwood Studios came up with a wishlist for things it would like to add to a real-time-strategy game. As evident by its name, Dune 2 was based on Frank Herbert’s science fiction classic, and being released in 1992 laid the foundation for many RTS to follow. The game that followed it most closely was Command and Conquer, and harvesters even made the transition over. While Westwood went the route of near-future warfare, anyone playing both games could see the carry-through threads of perhaps the most impactful and still fun to play RTS released in the 1990s. Sure, Command and Conquer isn’t Dune, but Paul Atraides using a Brotherhood of Nod Buggy would not feel out of place at all. 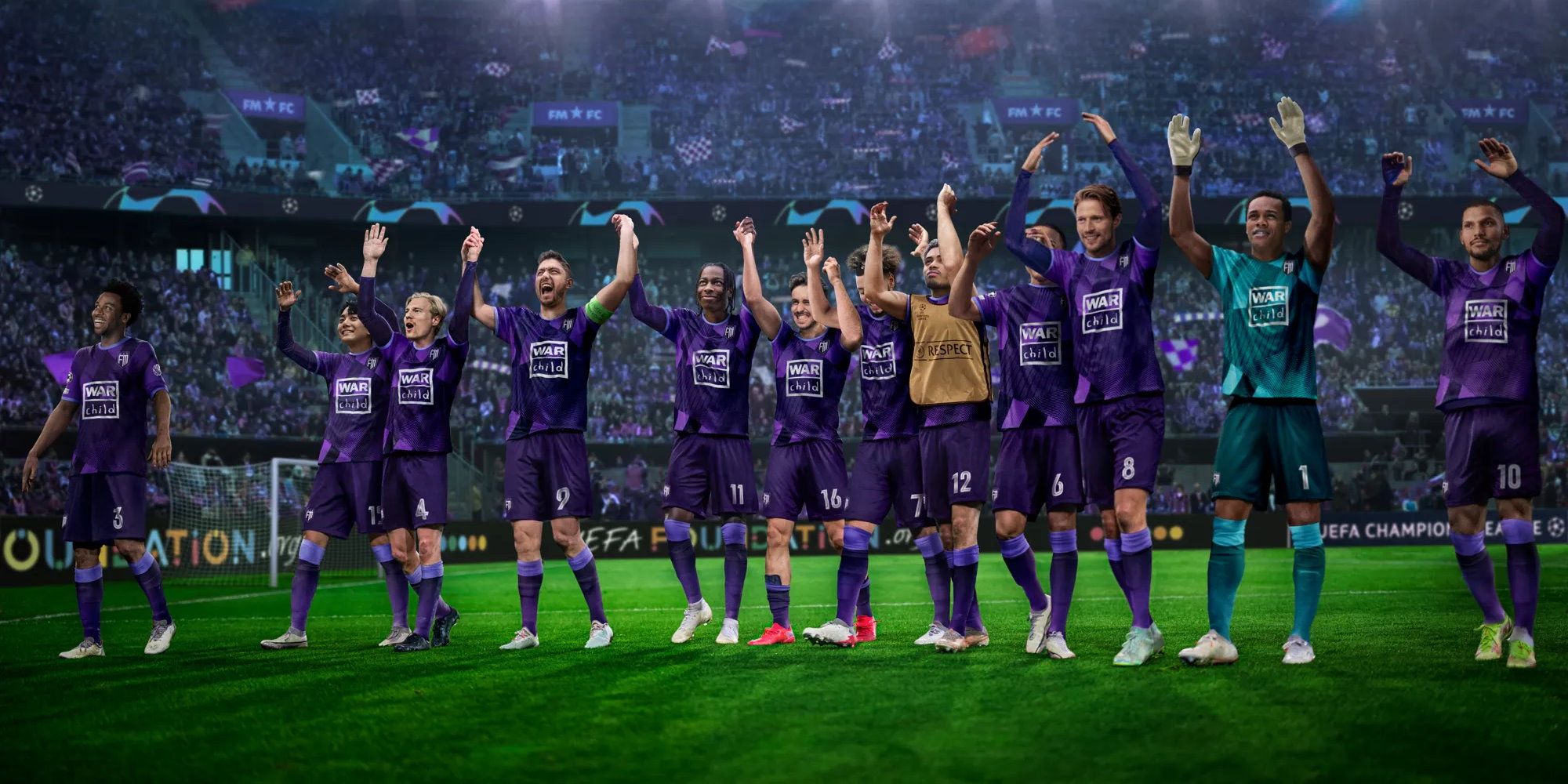 The developer rebranded as Football Manager and published the game through Sega. A new version has been released every year since 2005 and is still going on, while Championship Manager died out as a mainline game series in 2011 and a mobile game series in 2018. Yes, the unofficial sequel killed the original game. Impressive. 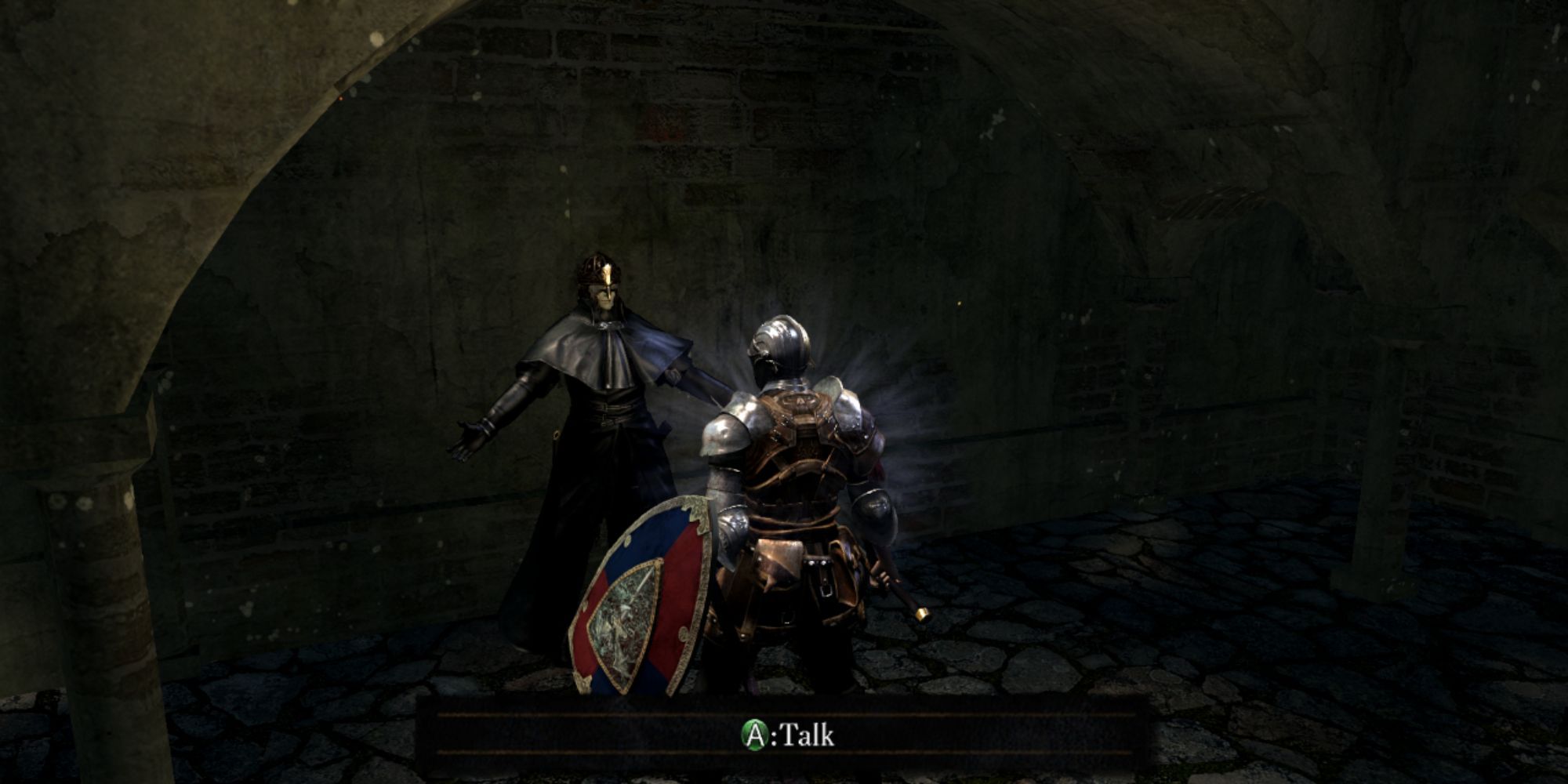 Hold up, Dark Souls is an unofficial sequel? Sorry to destroy the fabric of gaming society, but yes. Dark Souls is actually carrying the torch for Demon’s Souls, released in 2009. The developer, FromSoftware, wanted to develop a sequel but Sony owned the rights to the game and didn’t want them to release it for other platforms. So, the studio released its own tough-as-nails RPG action game with just a slight name change. Dark Souls would go on to become one of the greatest game series we currently have, with Elden Ring carrying its legacy forward. Demon’s Souls didn’t go away either as it got a remake as a PS5 launch title.

And if you want to get really pedantic, Demon’s Souls is carrying on the tradition of the King’s Field series on the PlayStation. So we’re in a string of several unofficial sequels here. 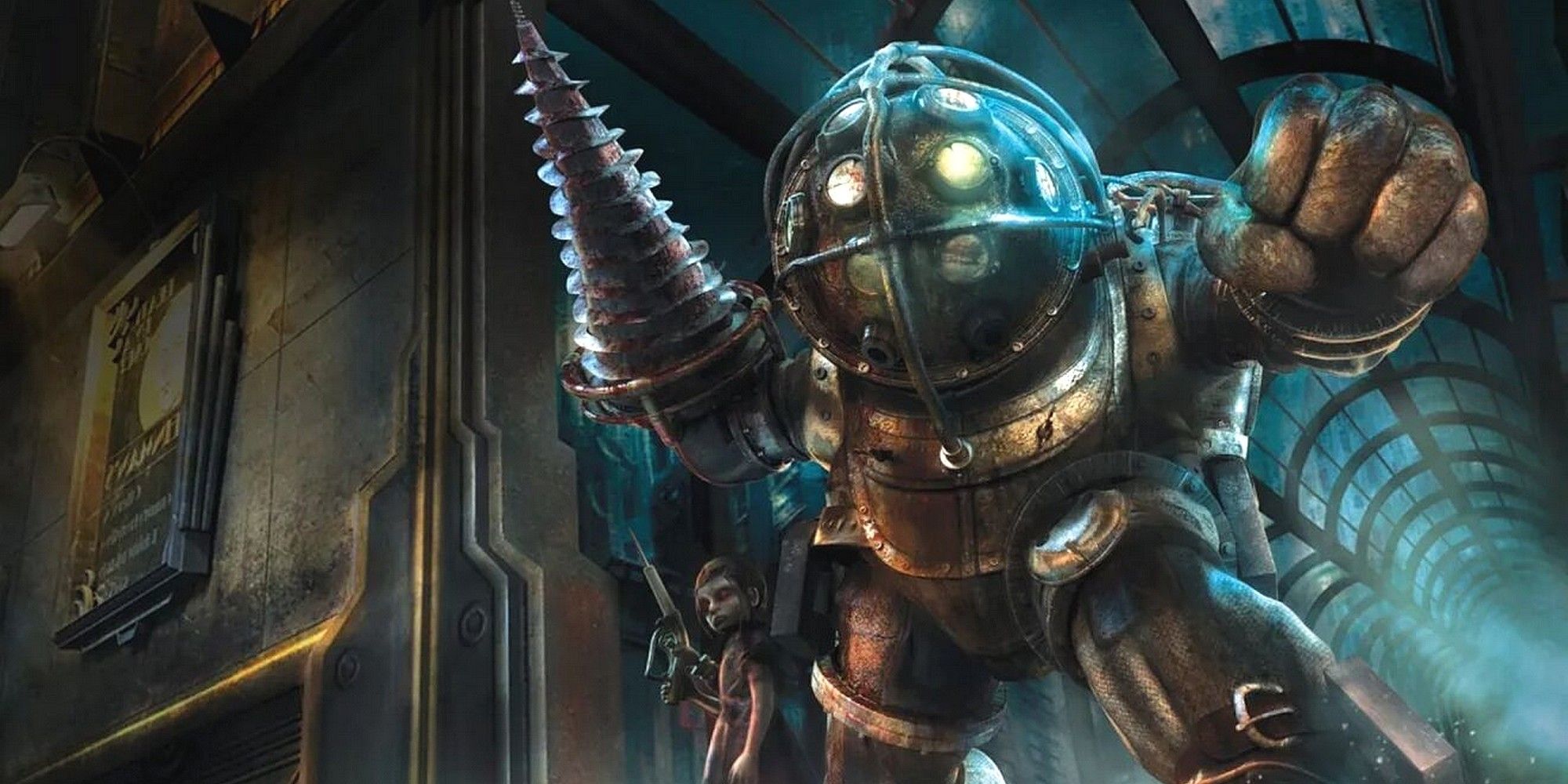 After 2K Games caught wind that the studio was making a spiritual successor to System Shock 2, they took the plunge and the result of the game released in 2007 was one of the best video games ever made. With more BioShock sequels released, we dare say this franchise has far exceeded the success of the originals it was based on. 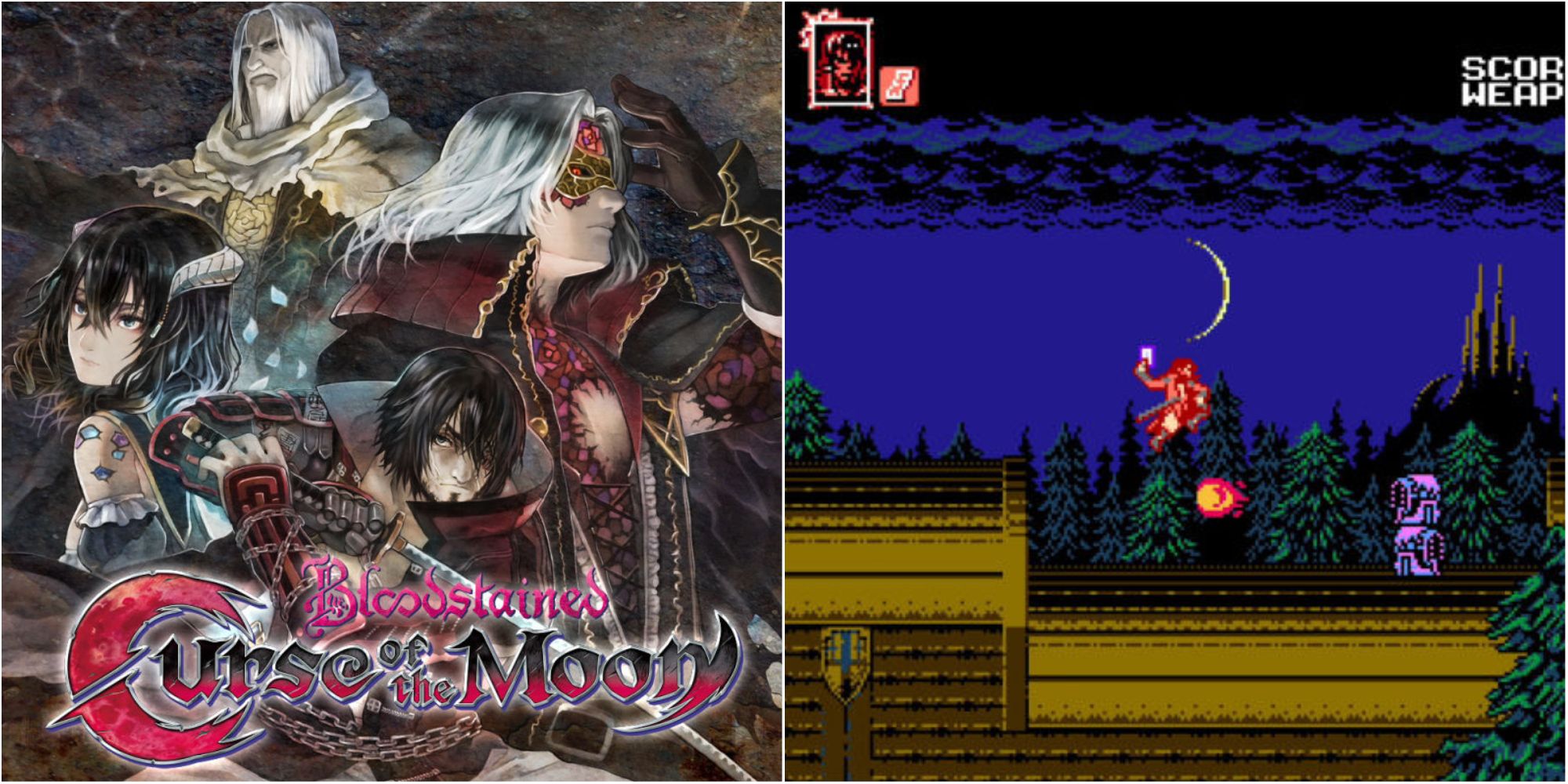 It’s Castlevania. How many times can we say this? The Bloodstained Series is a Metroidvania-style game that takes the Castlevania flag and carries it forward. Former Castlevania producer Koji Igarashi and 505 Games used crowdfunding to release the 8-bit Bloodstained: Curse of the Moon in 2018 as a prelude to Ritual of the Night which was released in 2019.

Ritual of the Night sold a million copies and received praise since it’s, you know, Castlevania, with amazing graphics. 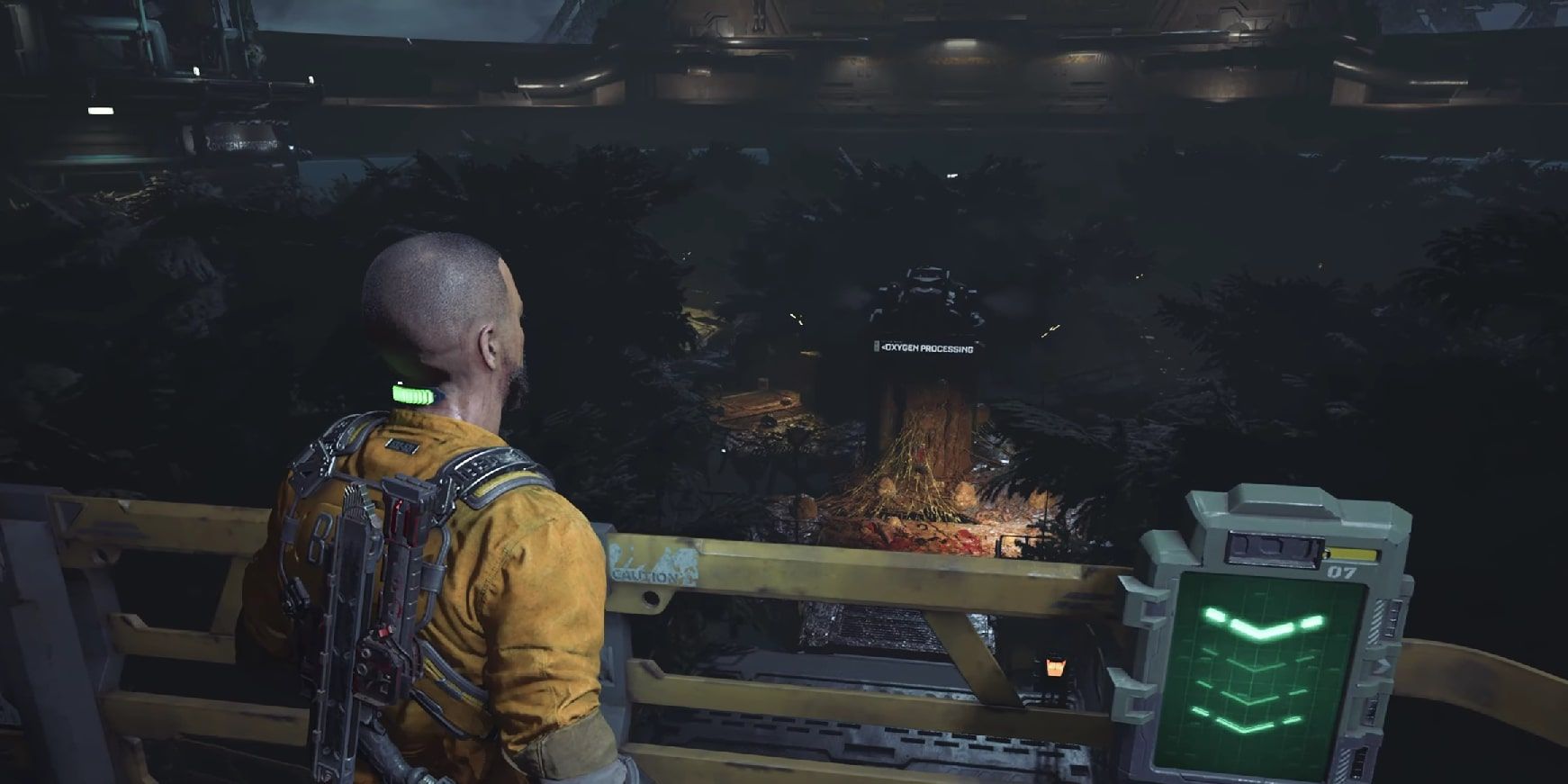 Glen Schofield, the co-creator of the Dead Space series, was the director of this survival action video game. While there were some technical difficulties with the launch of The Callisto Protocol, many critics claimed that this was essentially Dead Space 4. The main character of the game, Jacob Lee, is in a prison facility on the moon Callisto where an unknown disease has broken out. After reading that, you can probably see where that is headed. It's Dead Space. 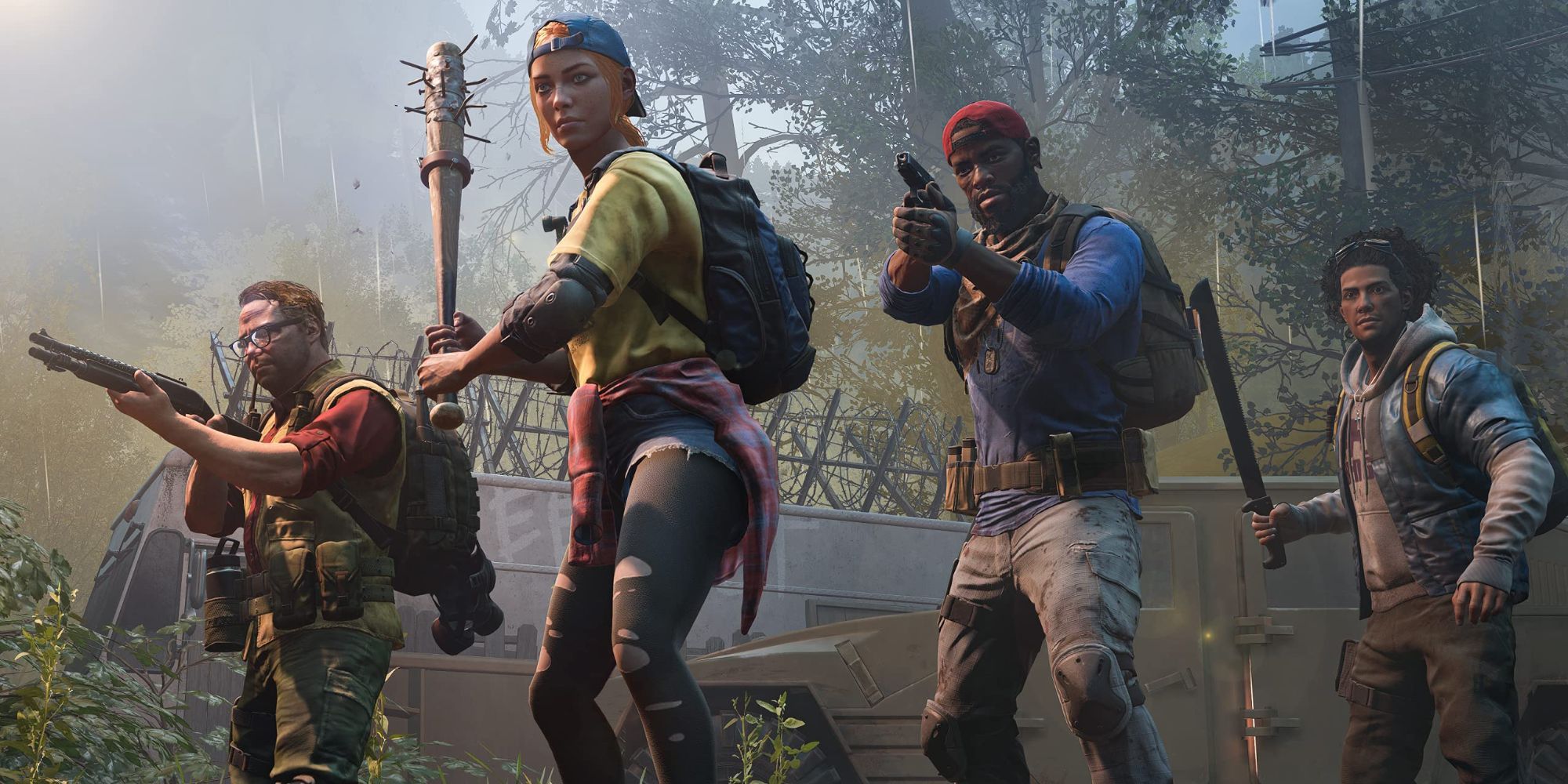 Left 4 Dead spawned a small mountain of co-op shooters where you fight off hordes of things. Created by the same team, Turtle Rock Studios, Black 4 Blood updates all those fun game mechanics to 2021 standards while adding a “Game Director” AI which modifies how the game plays depending on how you're doing. It’s still the apocalypse, it’s still zombies. 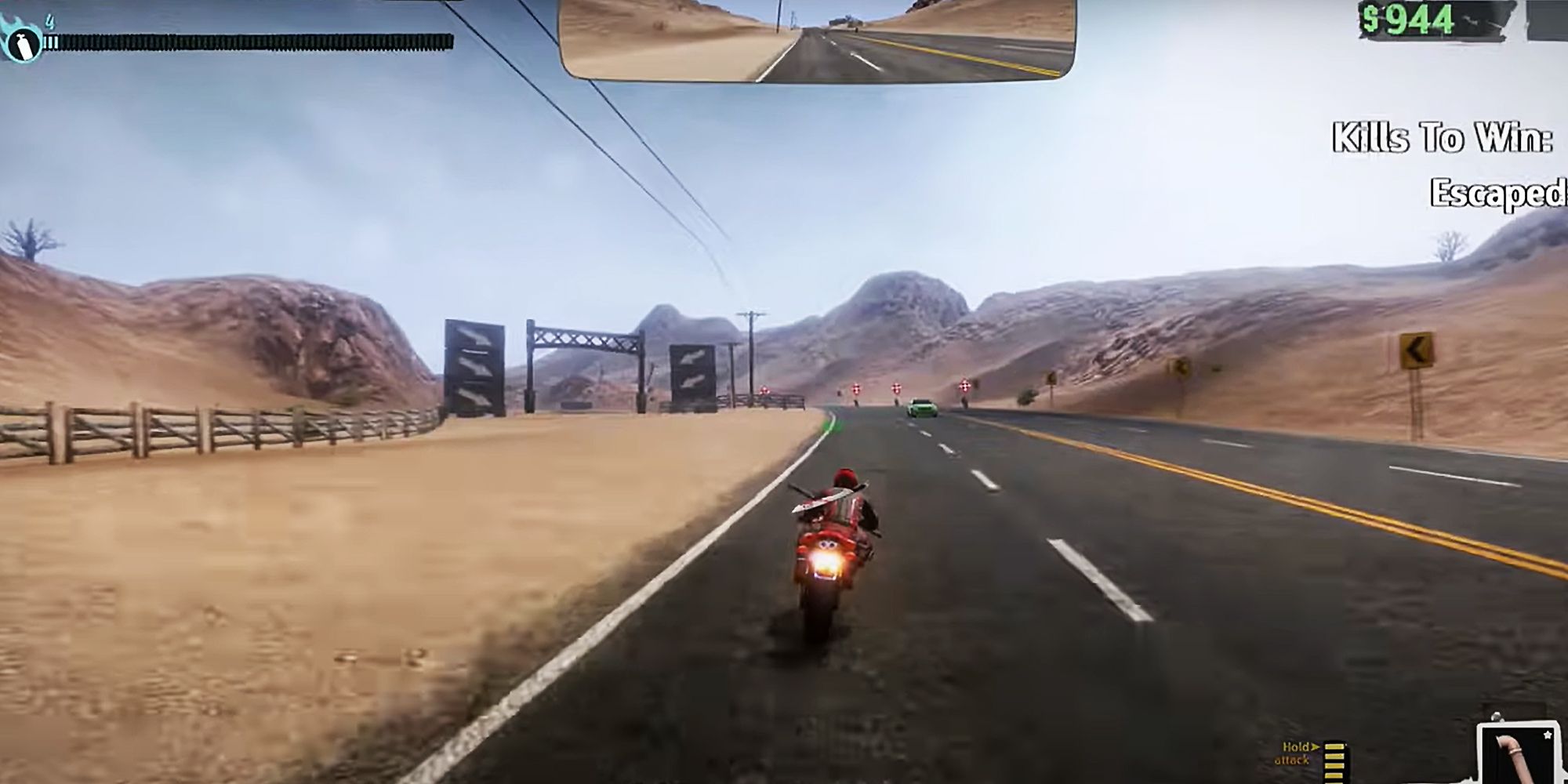 Every kid of the 1990s remembers the Road Rash series and the brilliant motorcycle combat racing action it provided. Road Redemption caries that tradition on with arcade-like racing but updated for the more modern gamer. The game also introduces firearms and as a newer game, throws in the split screen for those that still want to do couch co-op. There's a lot of fun to be had here reliving those Sega days in a more modern way. 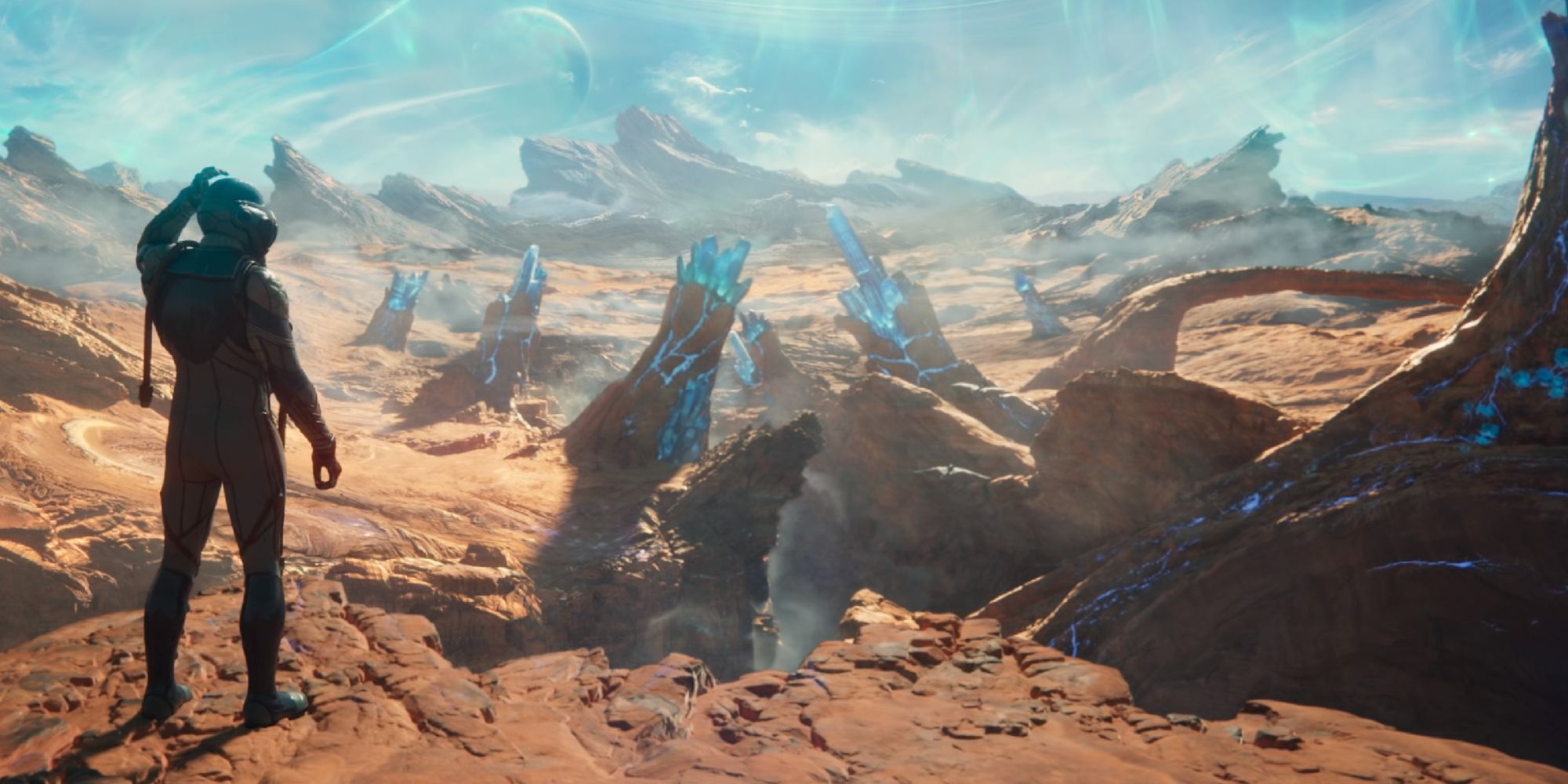 Obsidian Entertainment gets a lot of praise for Fallout: New Vegas and this action RPG set in an alternate future where megacorporations colonise space feels similar. The Outer Worlds' directors were Tim Cain and Leonard Boyarsky, the creators of Fallout, so what you got was a morbid and silly adventure. If you’re into Fallout but unhappy with Bethesda, this is the alternative you've been looking for.