The world of Elden Ring is unbelievably expansive. The overworld covers almost an entire continent, and this is not to mention the variety of dungeons that dot the landscape. Couple all of this with dozens of secret areas and back roads, and you have a world that is overwhelming to explore at the best of times.

With so much ground to cover in The Lands Between, it is inevitable that you will have passed by an NPC or two without even noticing them. Since this is a FromSoftware game, NPCs are critical to either unlocking certain endings or just understanding more about the world at large. This list will detail some of the more esoteric NPCs that you may have missed on your first run of the game.

Beware of spoilers below. 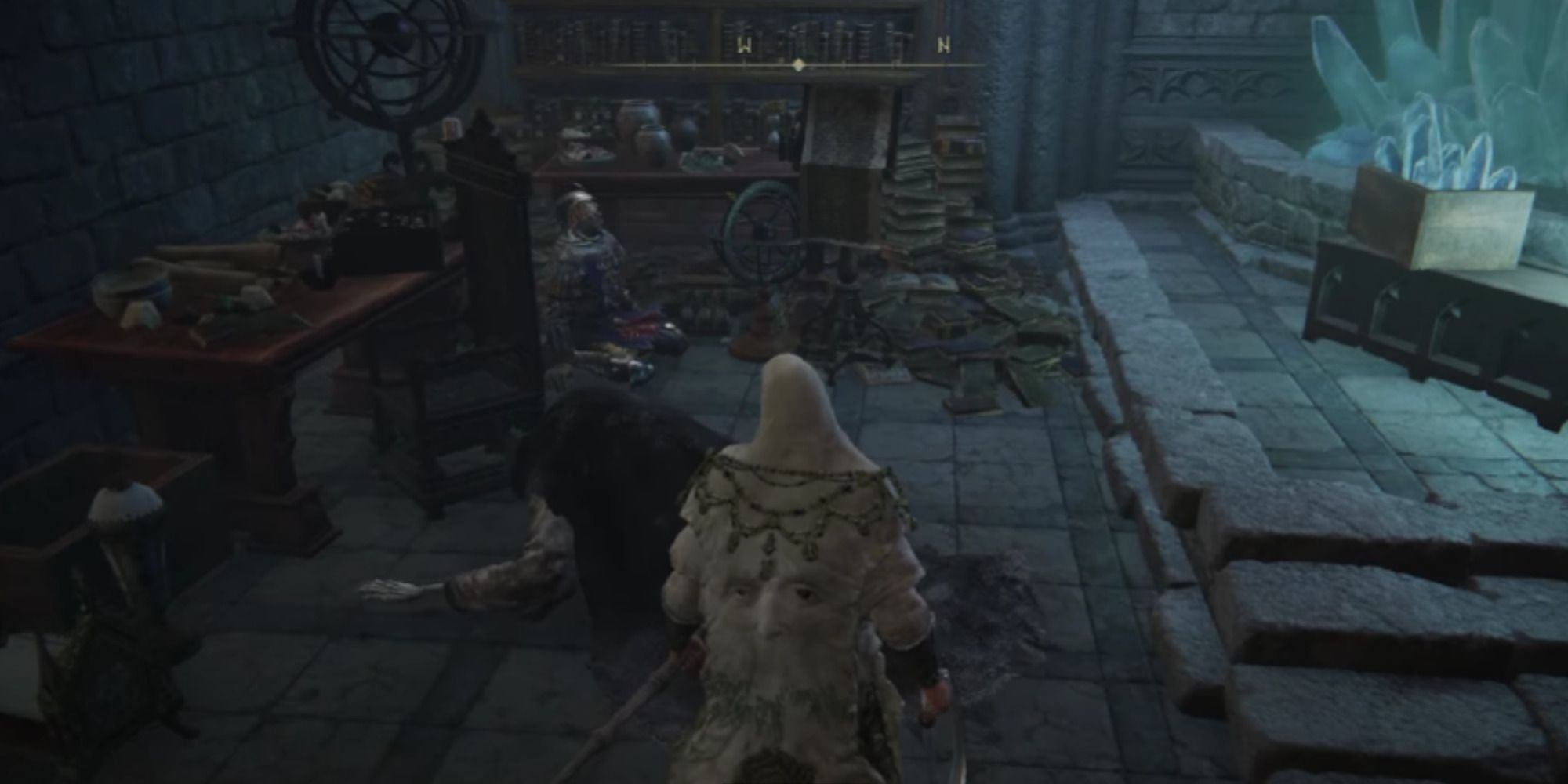 Pidia is a merchant that resides in the Carian Manor. In order to access him, you will have to have defeated Royal Knight Loretta at the end of the castle. This is because Pidia hangs out just behind a cliff behind Ranni's Rise. Head south from Ranni' Rise until you see a lone Cerulean Scarab. Just past this scarab, you can jump from the cliff onto some scaffolding below.

Pidia peddles some very useful wares, so it may be worthwhile to seek him out. He sells a number of magic-based Ashes of War, as well as the Spirit Ashes of Nepheli Loux — if the player chooses to poison her during a quest. He also sells the Ashes of Dolores the Sleeping arrow, a powerful NPC who fires sleep arrows at enemies. 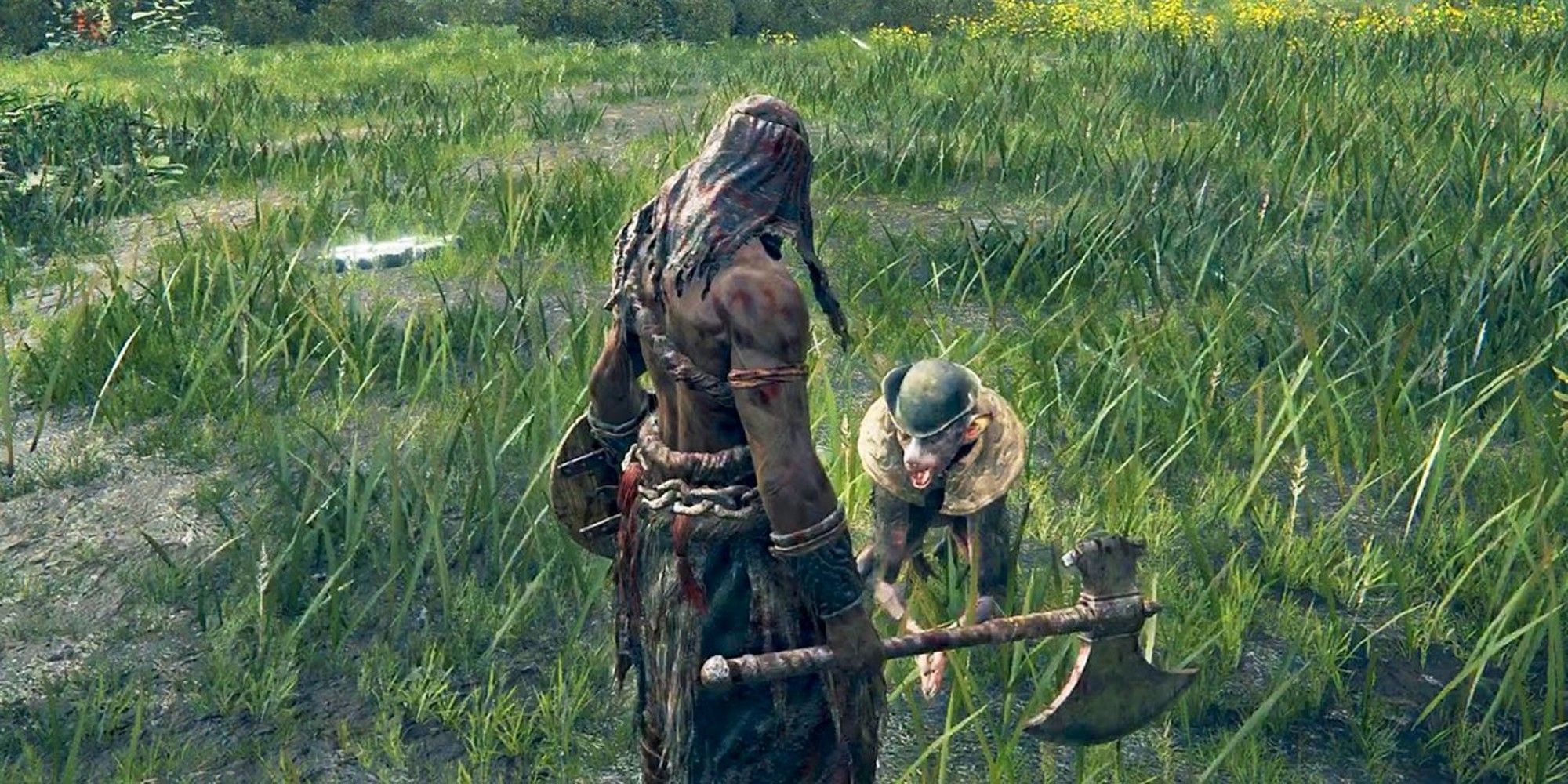 Boc is a lovable demi-human who has a passion for fashion. Upon finding him and giving him the Sewing Kit and the Unalloyed Gold Needle, he can change the appearance of most armors, including Boss Armors. Usually, they are small tweaks like removing a cape off of a chest plate or taking the plume out of a helmet. Either way, it adds more customizability to the game that players may value.

To find Boc, you must first defeat Godfrey the Grafted. With that done, go back to the Gatefront Site of Grace, and head east towards the telescope icon on the map. Nearby this area you should hear Boc calling out to you for help, but he is nowhere to be seen. This is because he has been cursed and looks like a bush. Rolling into each bush will eventually reveal him. 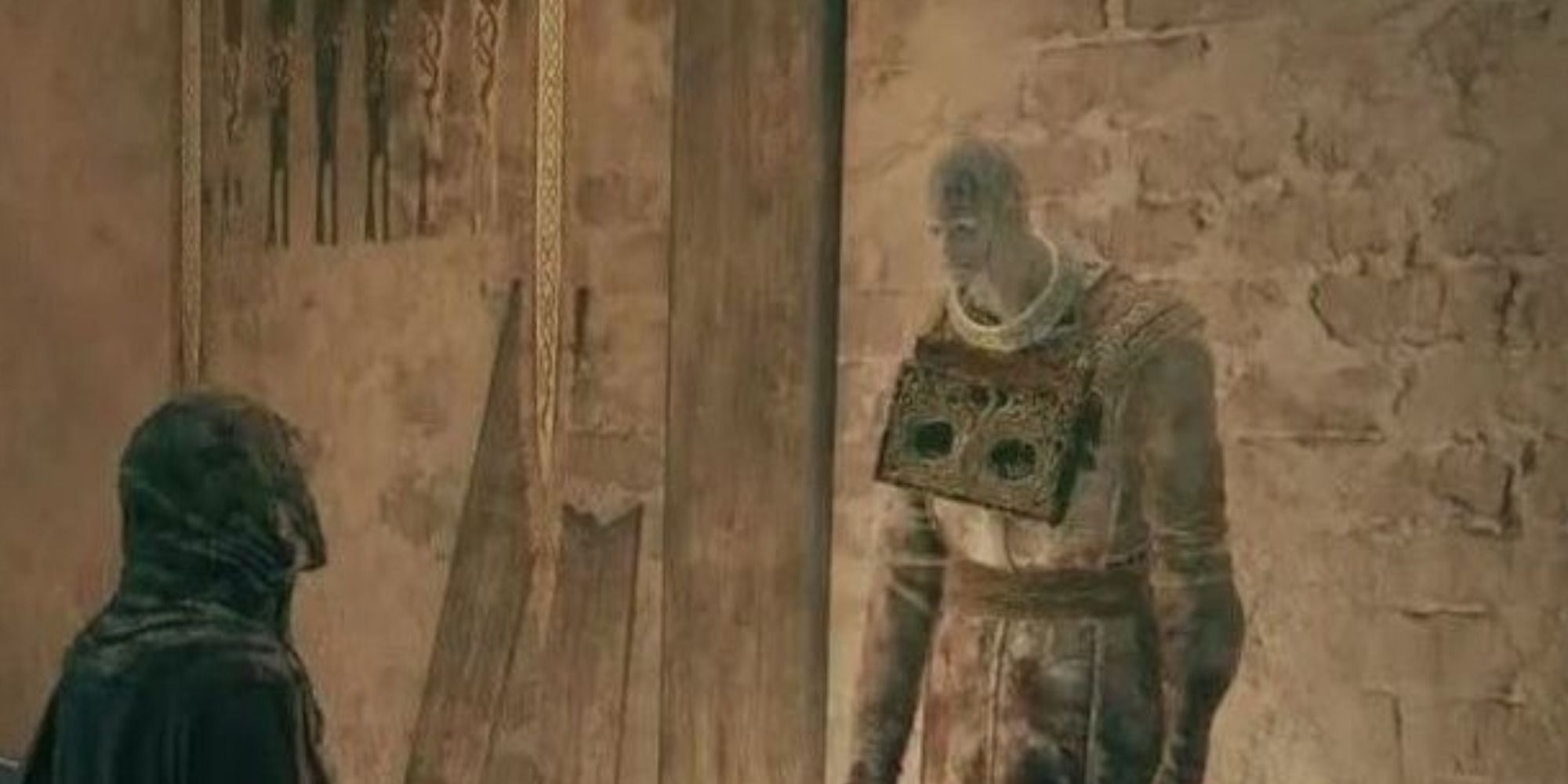 This is an NPC you probably encountered but didn't put much thought into. He can be found at the very first gate of Stormveil Castle, where he will offer to open the gate for you. While exploring the castle, you may have noticed that whenever you go to retrieve your Runes, a portion of them are missing. That is because he steals 30 percent of all Runes lost while in the castle.

He can be killed and all Runes he has collected to the point will be returned to you. However, if you keep him alive and follow Nepheli Loux's questline, he will become a merchant. Mostly, his inventory is forgettable. That said, he will sell an Ancient Dragon Smithing Stone if you can get him inside the throne room with Nepheli. 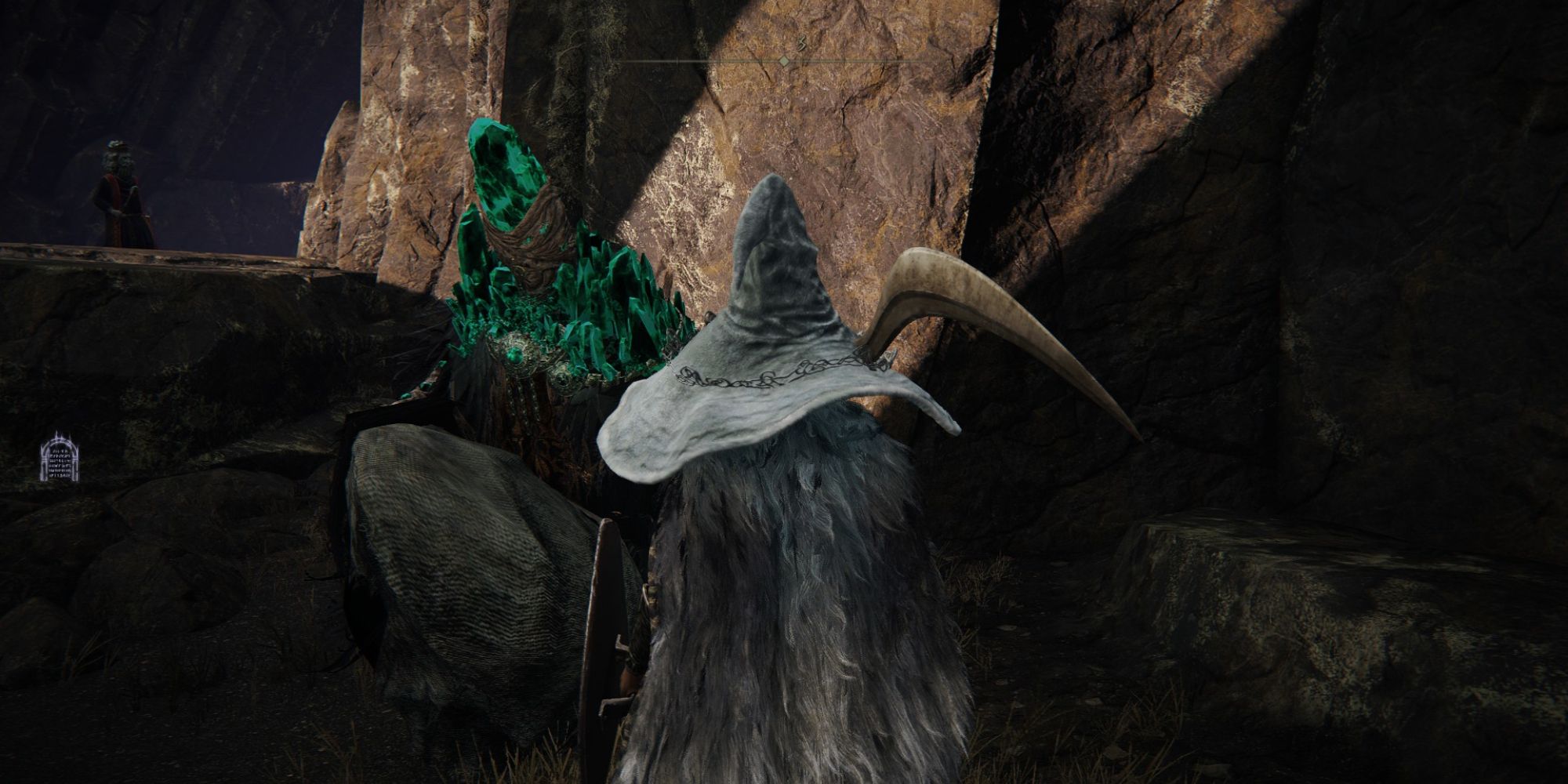 This guy is basically the Big Hat Logan of Elden Ring. With a reputation like that, any sorcerer worth their salt is going to want to find Azur. This is because he gives the Tarnished the Comet Azure spell. This is arguably the most powerful spell in the game, and he gives it to you for free as long as you can find him and talk to him.

Azur can be found on Mt. Gelmir at the very far northern edge of the Hermit Village. He is guarded by a demi-human queen boss, so be ready for a fight. Additionally, if you return to Azur after completing Sellen's questline, you can take his armor for your own. All around, this guy is a must-find if you are building a sorcerer. 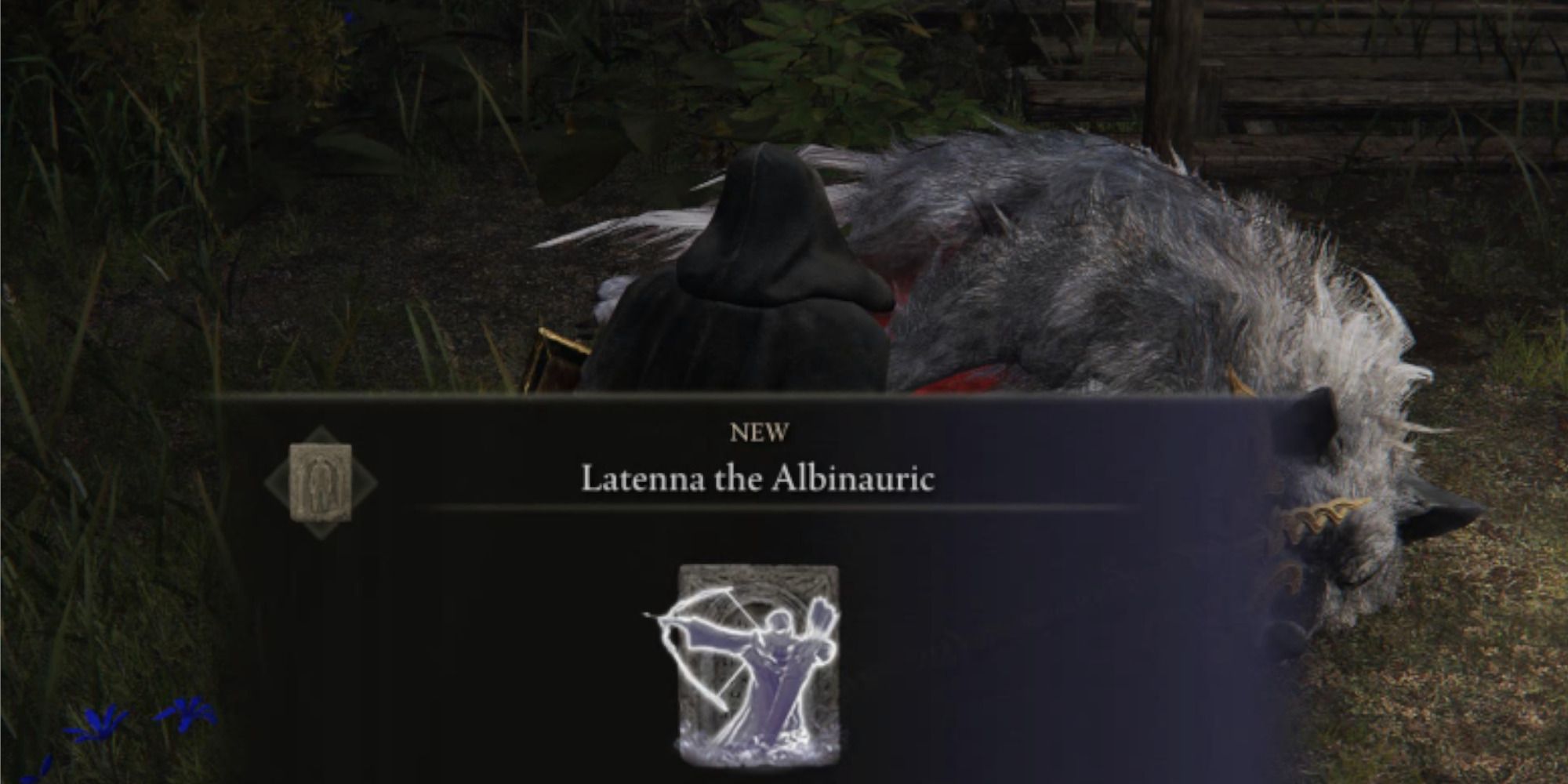 If you collected the Dectus Medallion from Old Albus in the Alburniac Village, you probably remember his ravings about some granddaughter named Latenna, who never visits him anymore. For many of you reading, this may have been as far as you looked into it.

Latenna can only be found after completing the Lakeside Crystal Cave in western Liurnia. This can be difficult as the boss of the caverns is a Bloodhound Knight. If you can best him though, Latenna will accompany you as a Spirit Summon, and she is on par with any of the Legendary Spirit Ashes in power. 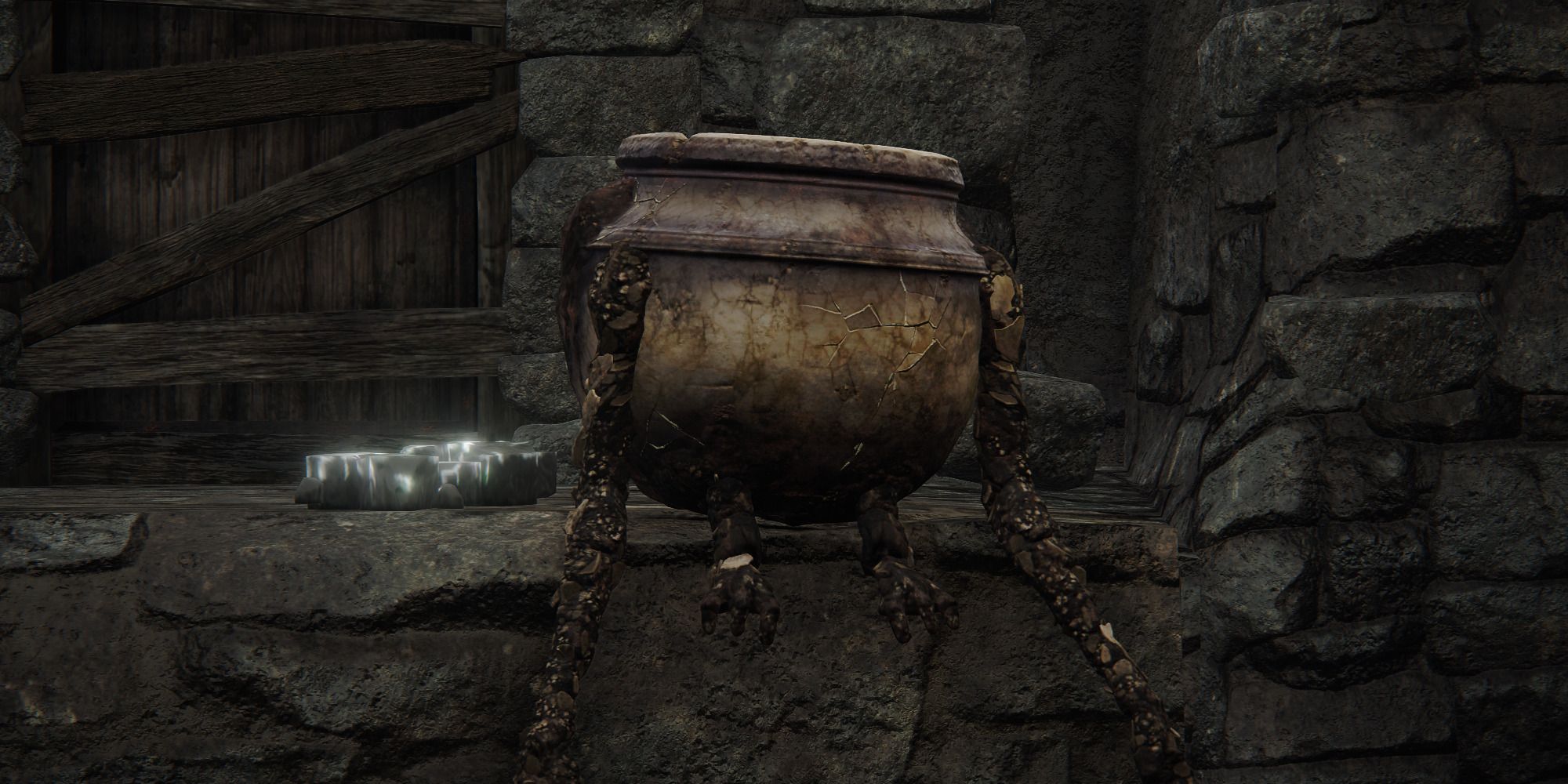 The Jar Bairn is a valuable NPC to find for two reasons. The first is because he lives in Jarburg, which is probably the single best place in the game for harvesting Erdleaf Flowers and many other beneficial plants. The second is because he is just so dang cute.

Seriously though, following his questline can reward the player with some fun weapons. Diallos will appear in the settlement eventually and swear to protect it. He, of course, dies in this endeavor, and you can receive Hoslow's Petal Whip from his corpse, which can be a great weapon for bleed builds. 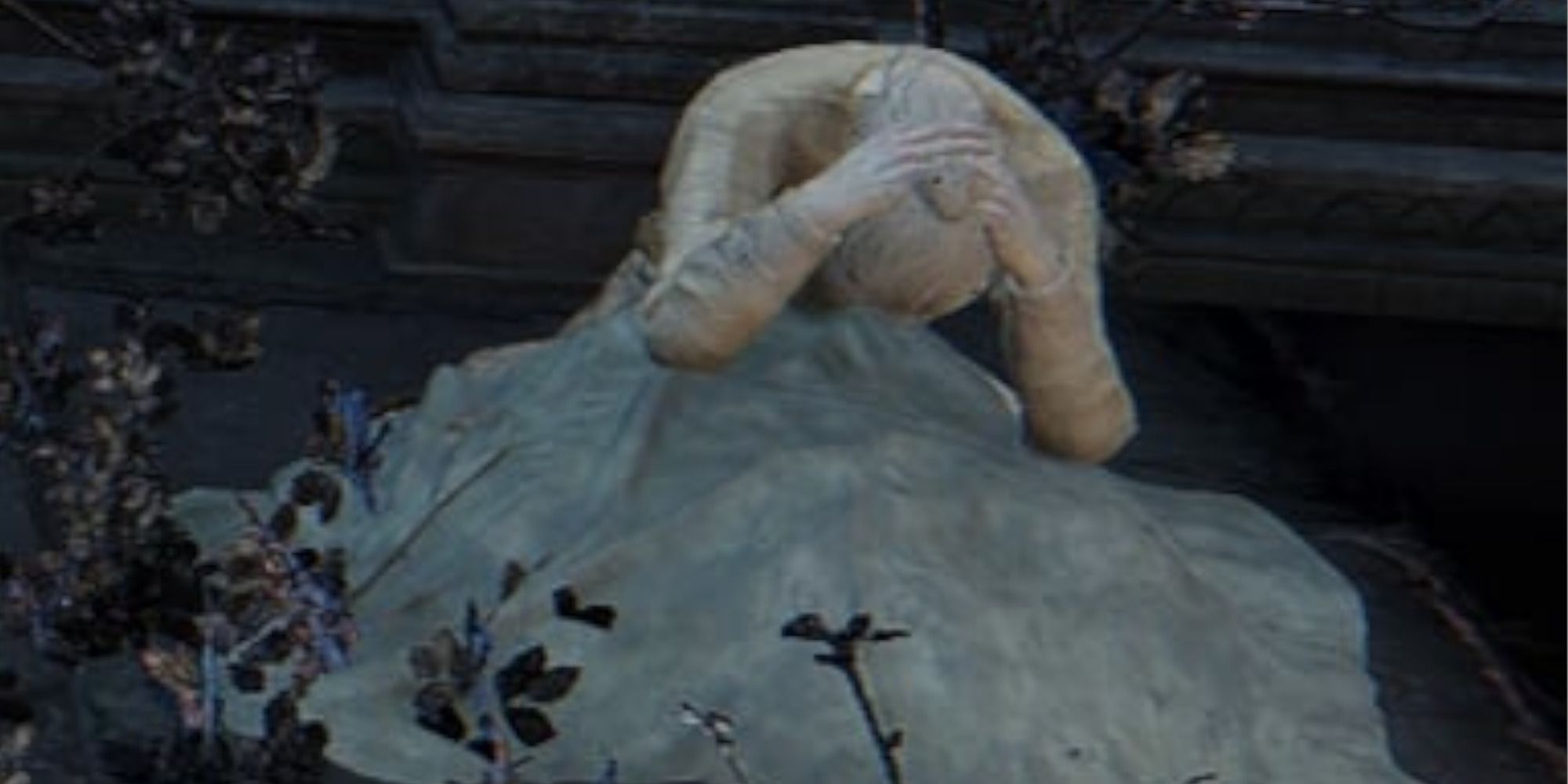 We all know D, the nice guy in weird armor that sits in the Roundtable Hold, warning us about Those Who Live in Death. Did also know that D has a twin brother? Well, it's not actually a brother. It's more like a cloned body that is only animate when the other D sleeps, but brother is a simpler term.

The second D can be found in Nokron the Eternal City, sitting right outside the Twin Gargoyles boss arena. If the first D is dead at this point, and you have his armor, you can give it to the second D, and he will appear as a summon for the Gargoyle boss fight. 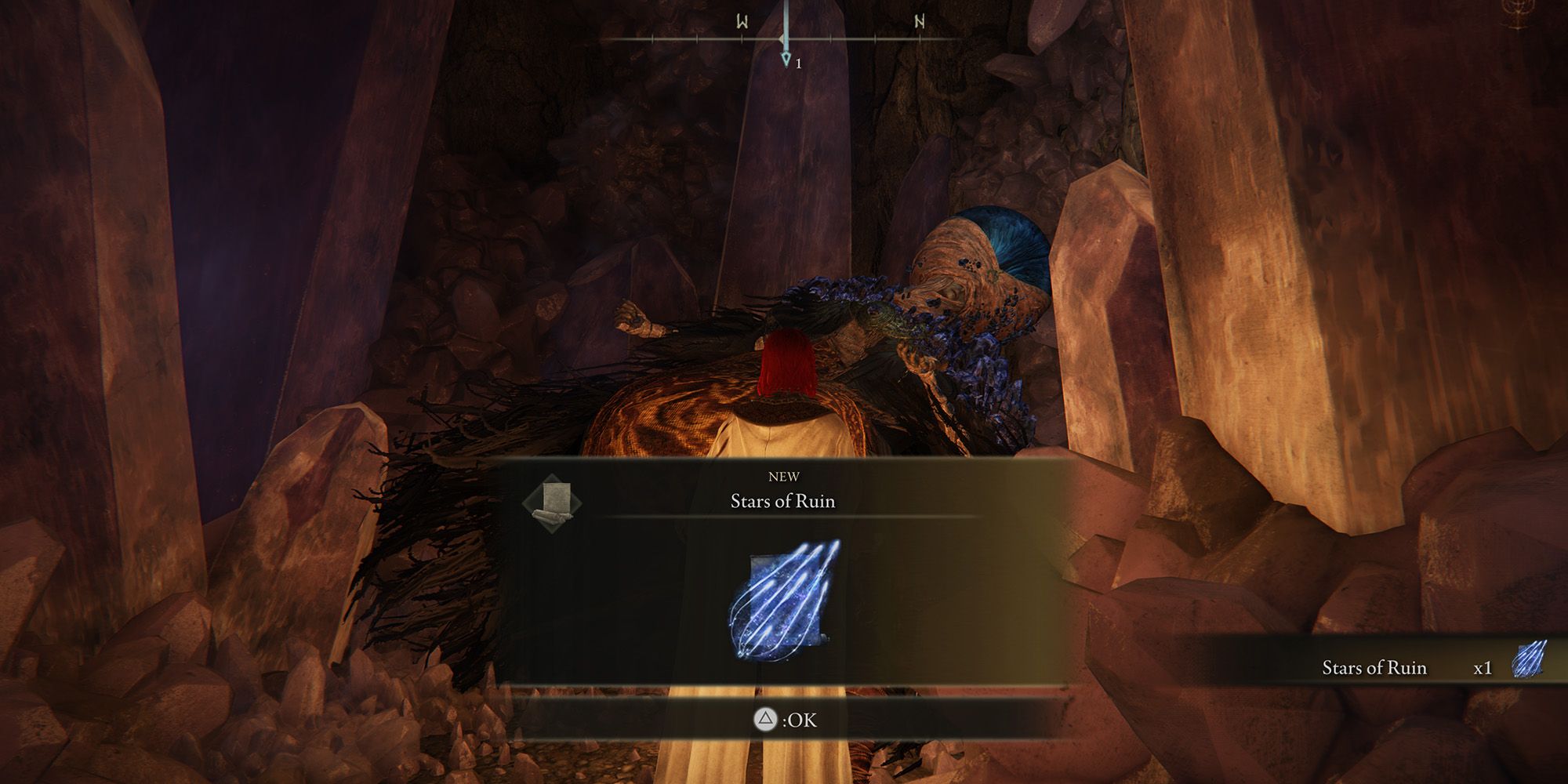 Another legendary sorcerer, Lusat can be even harder to find than Azur. This is because Lusat is not only underground, but in a Legacy Dungeon that can only be accessed by progressing Sellen's questline. He is found near Sellia, Town of Sorcery in the Sellia Hideaway dungeon.

Once found, Lusat will give the player the Stars of Ruin sorcery. This sorcery can be charged which is huge for any sorcery. However, it also has the added benefit of homing toward enemies. This can be an incredibly powerful addition to a sorcerer's repertoire. 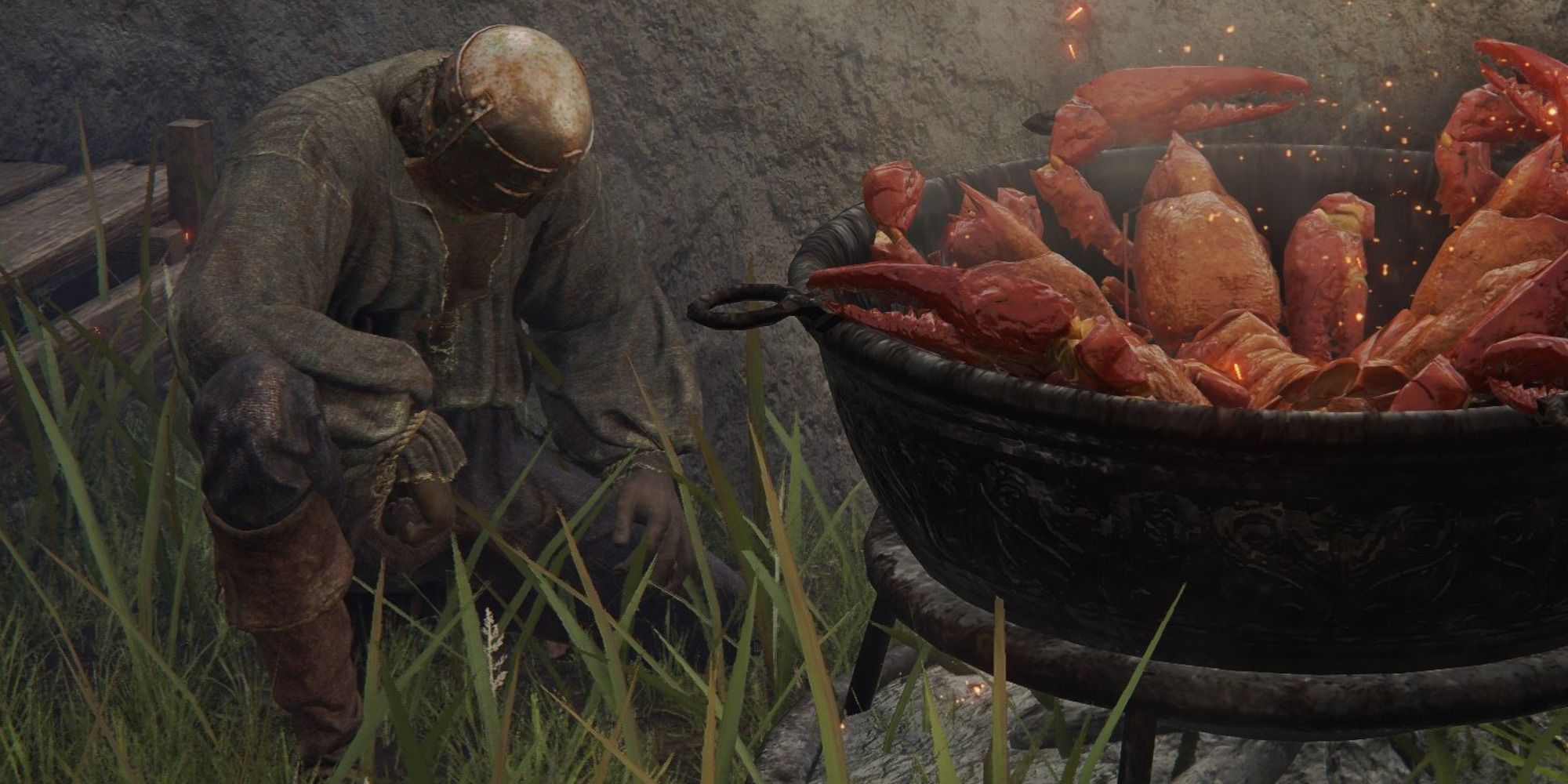 Often, while wandering The Lands Between, you may have had a craving for delicious Cajun cooking. Well, look no further than Big Boggart. Boggart lives in the Liurnia of the Lakes region, at a quaint little location, called the Broilprawn Shack.

Boggart is a merchant that sells boiled shrimp and crab. Not only does he provide a nice culinary outlet for the Tarnished, but he is also a critical player in one of the game's secret endings. You will need to find Boggart in order to further the questline of the Loathsome Dung Eater. 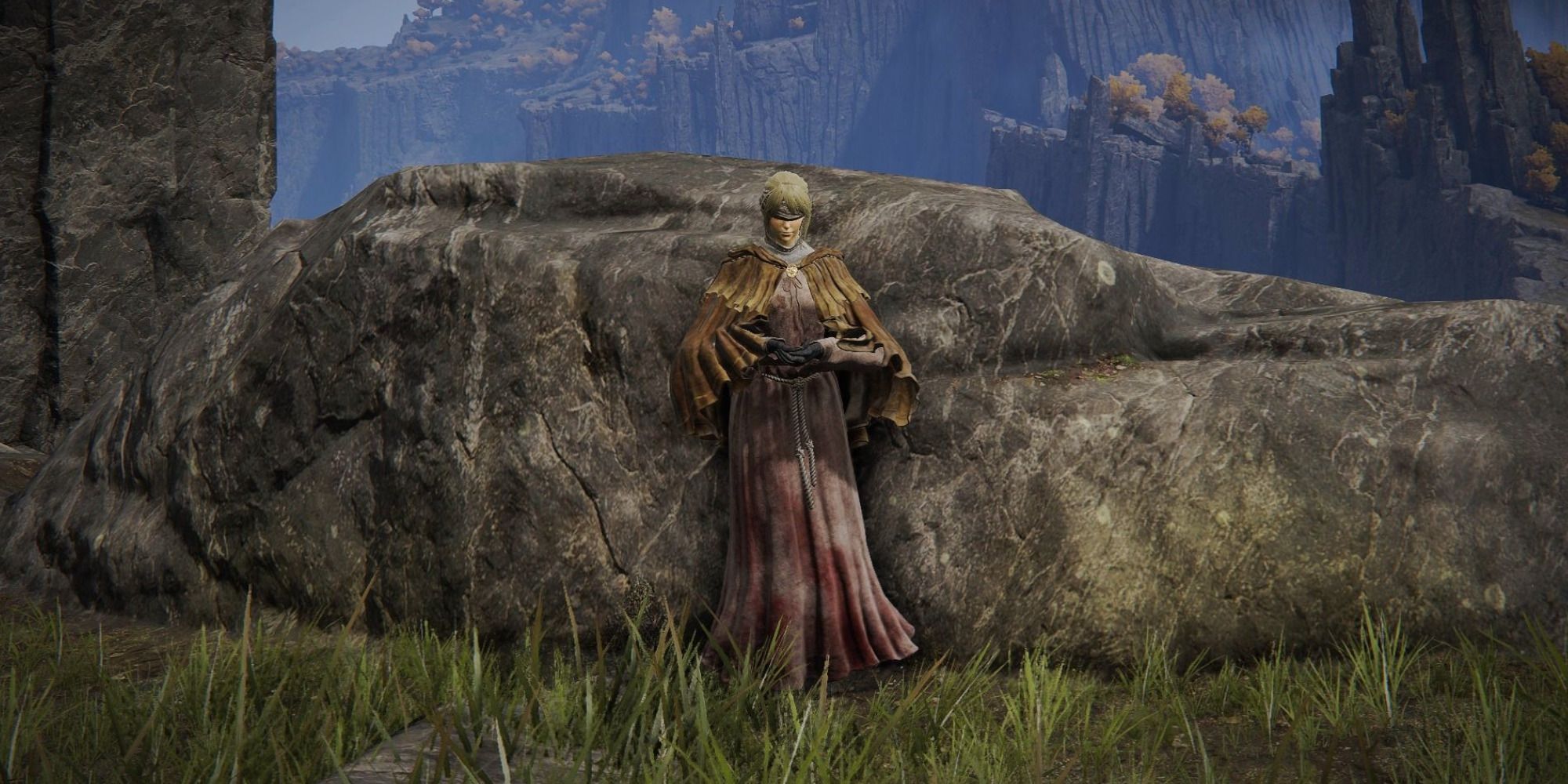 Hyetta is a critical NPC in accessing one of the secret endings of Elden Ring, namely the Frenzied Flame ending. Hyetta can be hard to come across because a strange set of events have to be accomplished before she will appear. Irina's Letter must be collected at the Weeping Peninsula, for example.

At this point, Hyetta may appear at the Lake-Facing Cliffside Site of Grace. If not, you may have to complete the entire questline of Irina and have two Great Runes in your inventory. Either way, she will eventually appear at that Site of Grace. From here, she can be given Shabriri Grapes to move her quest along.