While gaming can be a form of escapism, it is also an excellent educational platform. Games that teach – and warn – about the detrimental effects of climate change are therefore invaluable. Some do this with a positive reinforcement system, for example by rewarding you for taking actions that are good for the environment. Other games prefer to do the opposite and show you the harsh and bleak effects if you do not achieve a proper ecological balance.

From polluted ground and lower crop yield to rising sea levels and desolate wastelands, these games come in all varieties. What is common in all these games, both with positive reinforcement and negative consequences, is that they raise your environmental awareness, whether consciously or subconsciously. 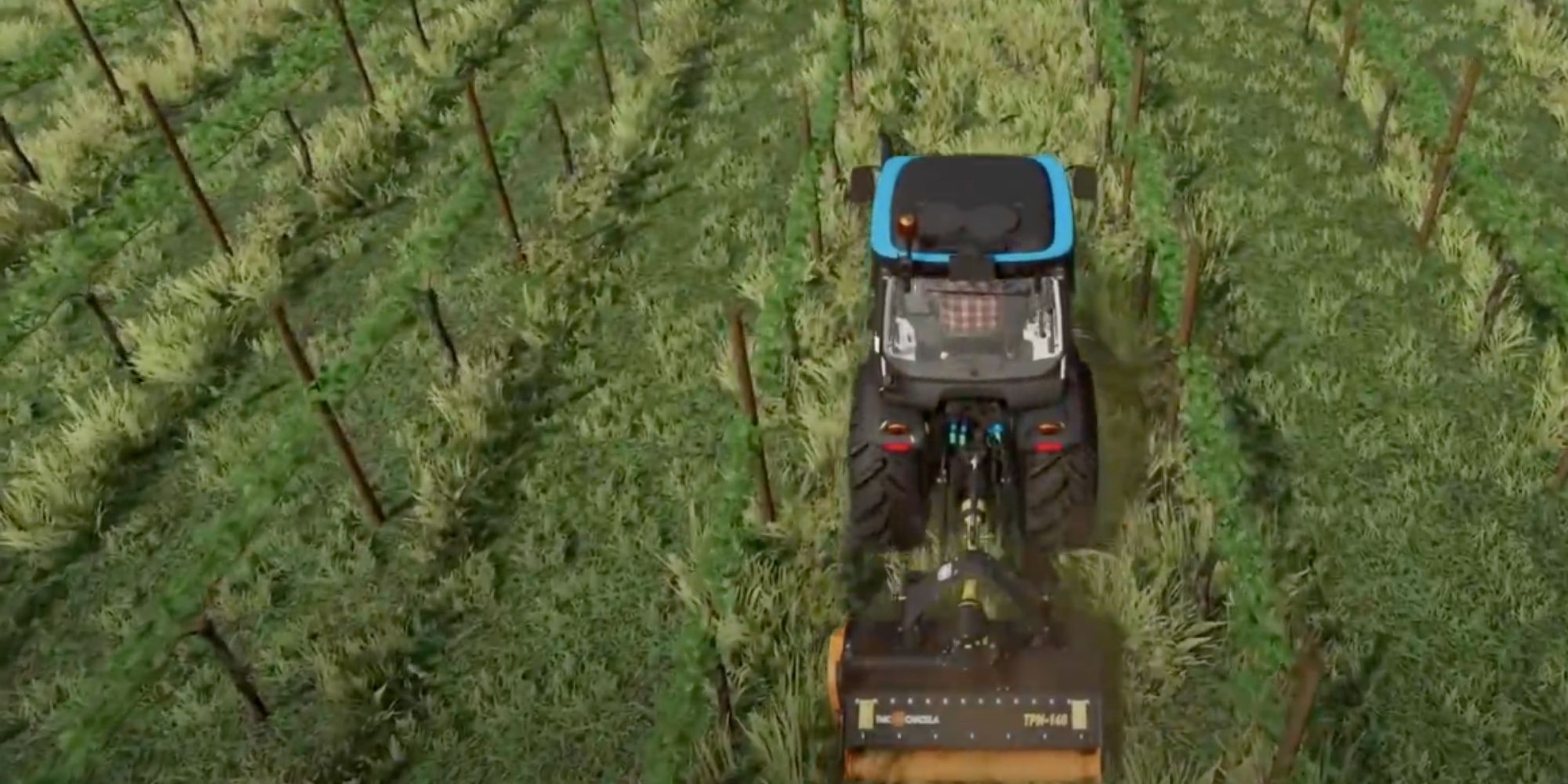 The use of nitrogen in farming is a hot topic nowadays, so a game that prides itself on being an accurate farming simulator cannot overlook it. Farming Simulator 2022 achieves this through an Environmental Score System. In short, you can get a score of up to 100 points for each field on your farm. The more environmentally friendly and sustainably you grow your crops, the higher this score.

Apart from nitrogen levels, other important factors to consider are soil sampling, the pH value, reduced tillage, and weed control. Altogether, this allows you to score a perfect 100 and obtain 15 percent more yield for your crops. This is a challenging mechanic that also teaches you a lot about environmental awareness. 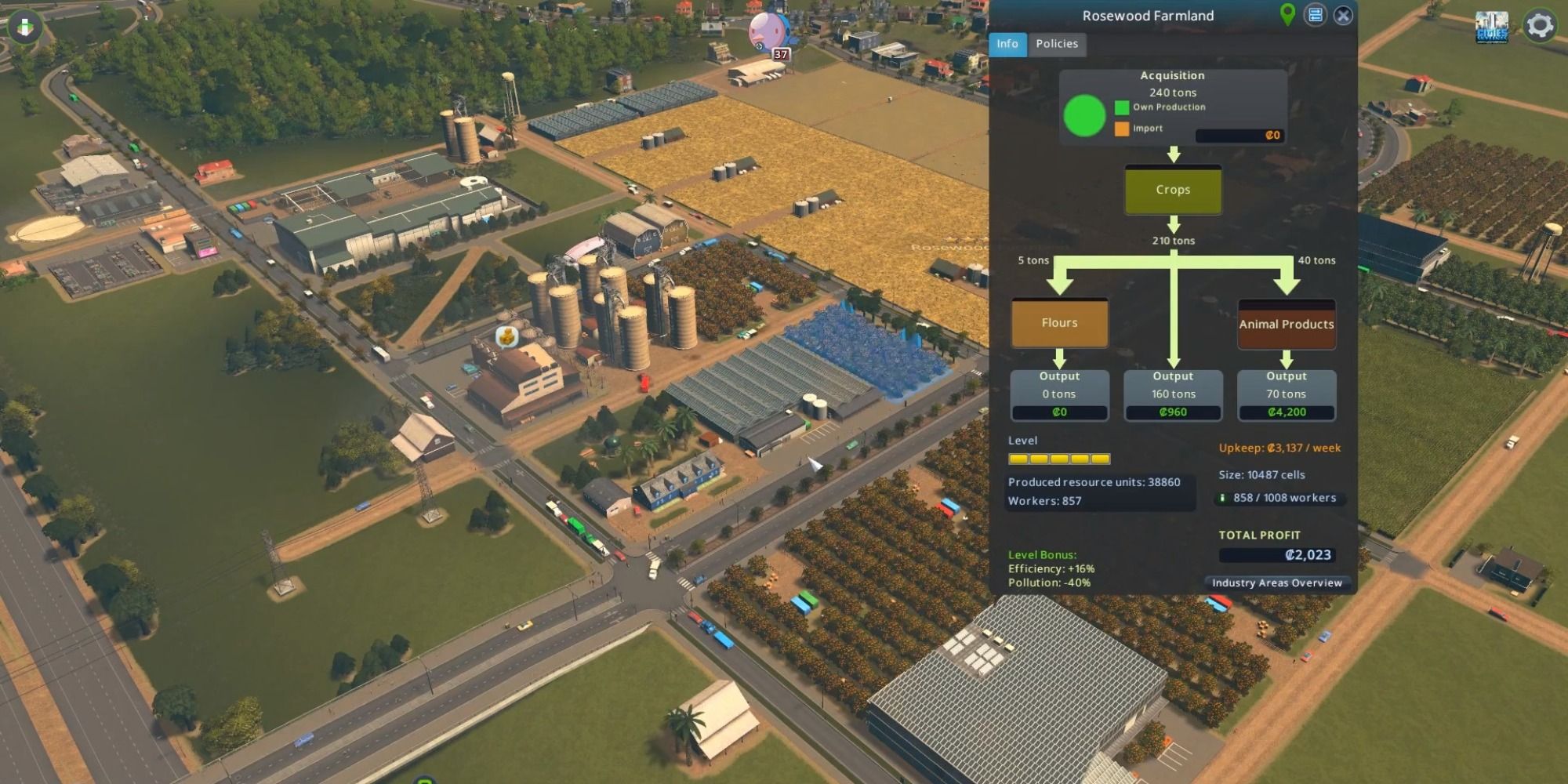 Cities: Skylines is the spiritual successor to Sim City and arguably the best city builder on the market right now. While one of its DLCs introduces environmental disasters, this list is all about raising awareness of climate change, rather than raising awareness of impending meteor strikes and earthquakes. Fortunately, another DLC – yes, Paradox loves its DLCs – introduces us to Green Cities. As the name implies, this add-on allows you to build various high-rise buildings and residential areas full of green rooftops, solar panels, and vertical gardens.

The vanilla game also continues an excellent pollution mechanic. Your industry pollutes the soil, turning the ground into a muddy brownish color. If you build industry too close to your citizens, then they will get sick. Water pollution is also present. If you dump all the sewage into a single lake, it will quickly turn brown rather than blue. Water treatment plants and floating garbage collectors will quickly become your friends. 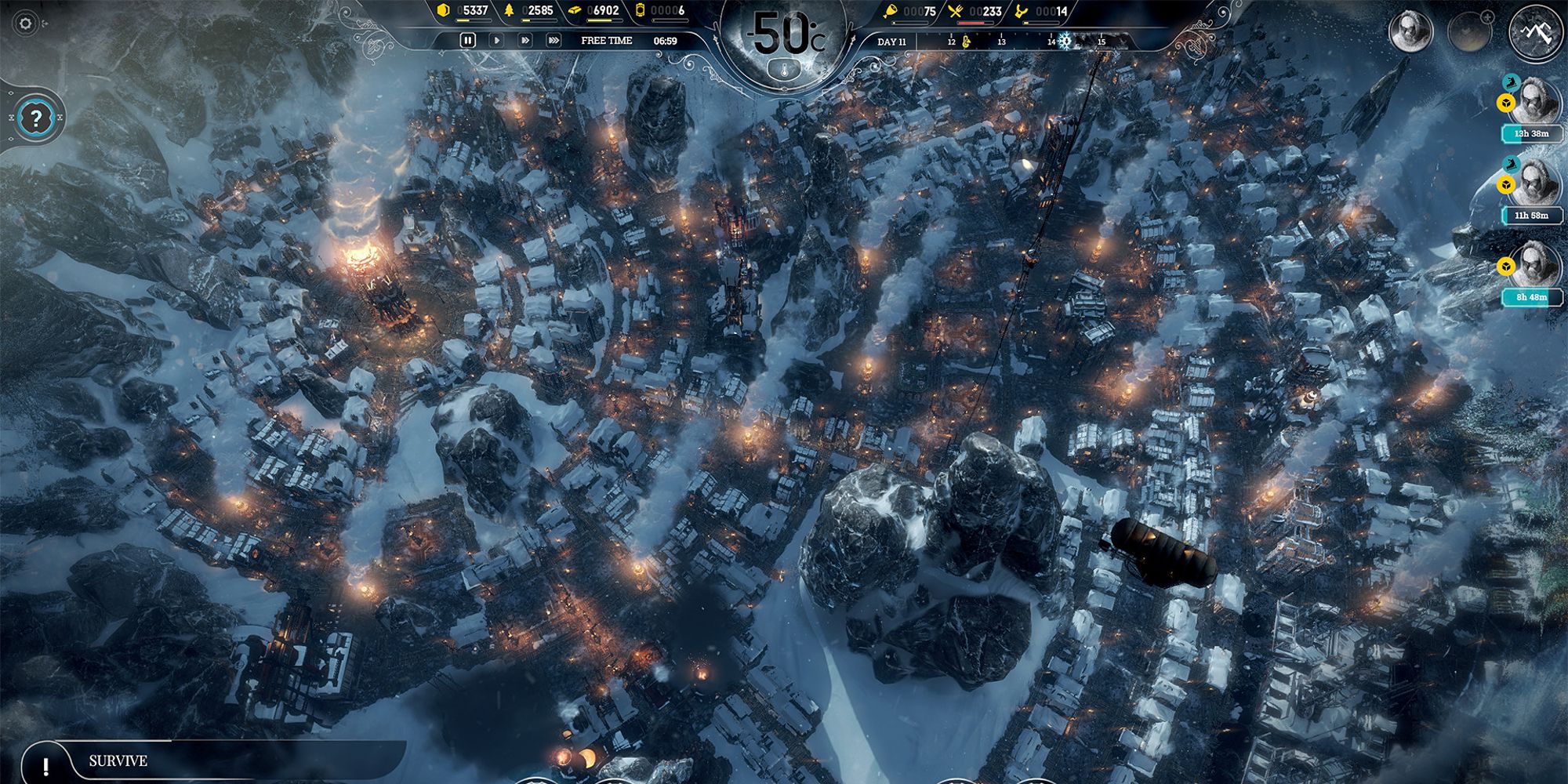 Frostpunk is a game by the same team that gave us This War of Mine, an excellent anti-war game that helped raise awareness of the horrors of war. It should come as no surprise then that Frostpunk achieves a similar result, but now it teaches you how ruthless cold temperatures can be and the resulting struggle of humanity to stay alive.

The game, just like This War of Mine, is full of harrowing choices. Do you let children work in the factories or not? Do you accept refugees, even when your resources are already strained, and you do not have enough houses? Frostpunk offers an excellent tale of humanity's endless struggle, not only against mother nature but also against itself. Hopefully, like in Frostpunk, automatization and robots can provide part of the solution. 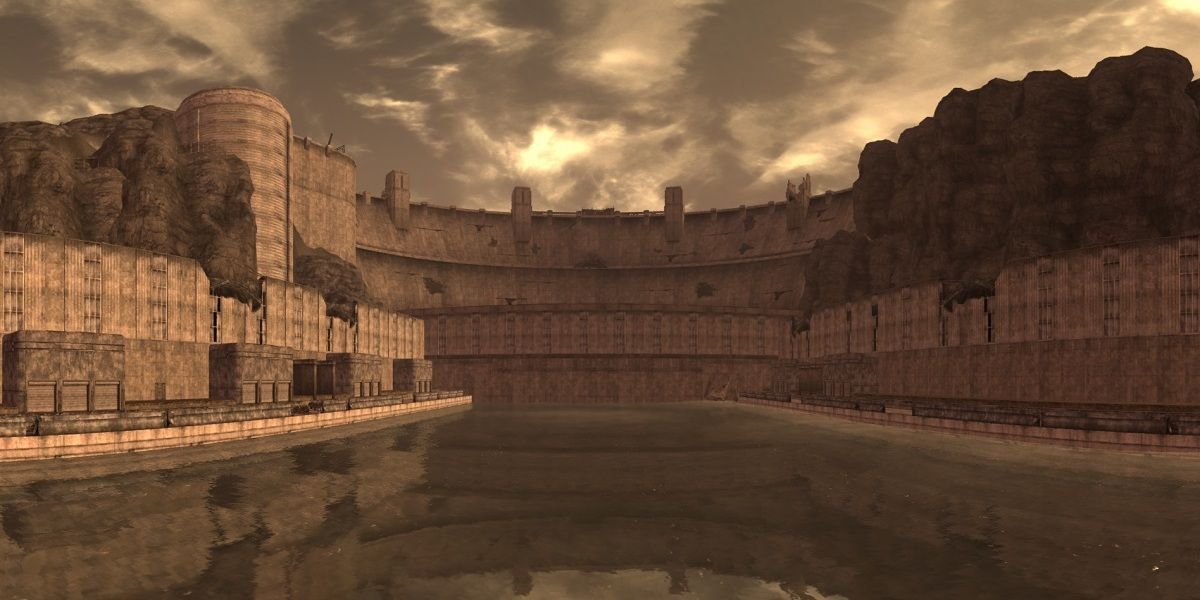 Fallout 3 and Fallout New Vegas have become strikingly relevant lately. Fallout New Vegas is centered around the fight for Hoover Dam, to secure the electricity generated by this dam, with its inflow from Lake Mead and the Colorado River. Now that the water levels of Lake Mead in our present world are dangerously low, this whole game is a rather painful reminder of that fact.

Fallout 3 is also centered around water, as it culminates in a project to provide clean drinking water to the wasteland. Both Fallout 3 and Fallout New Vegas, therefore, raise our awareness of conflicts happening for water and electricity. With the central theme of these games being that war never changes, let us hope that Ulysses was also right and that people do change, through the roads they walk. 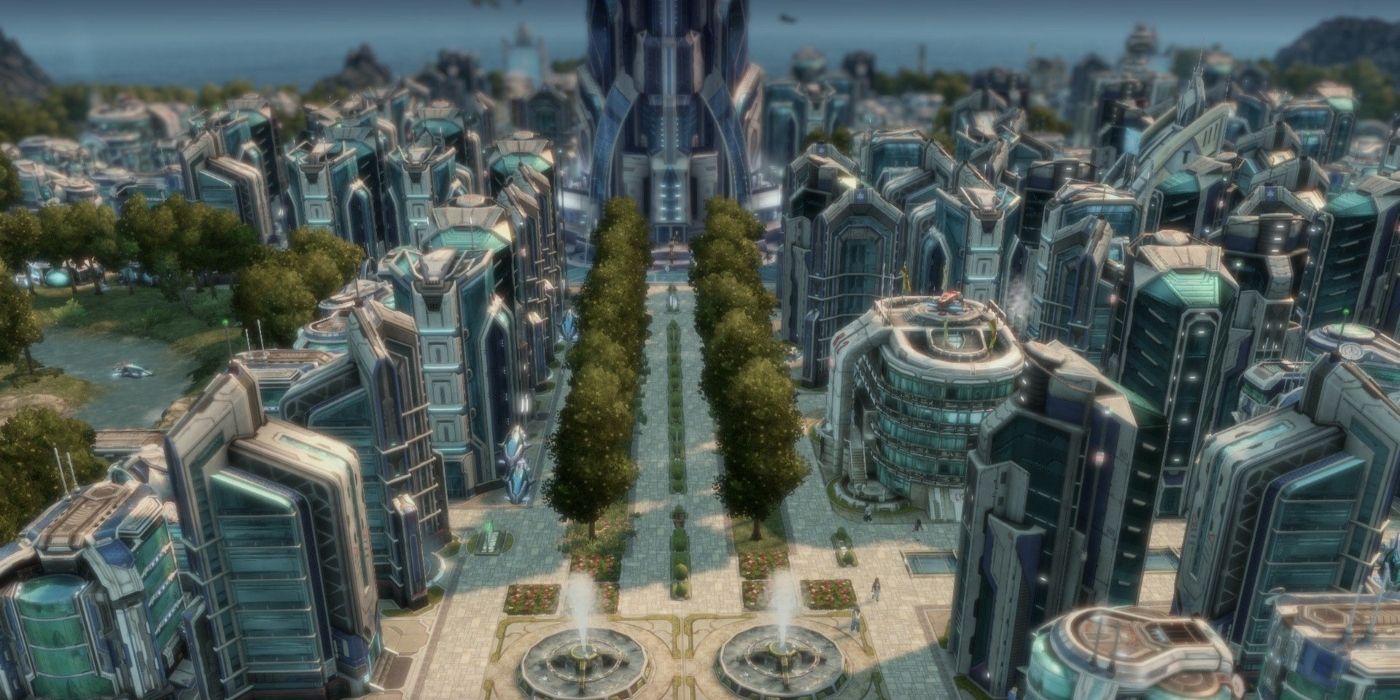 Anno 2070 takes place in the future after the ice caps have melted and a large part of the planet has flooded. The game is structured around an Eco Balance mechanic, which is based on the effect that your buildings have on their environment. 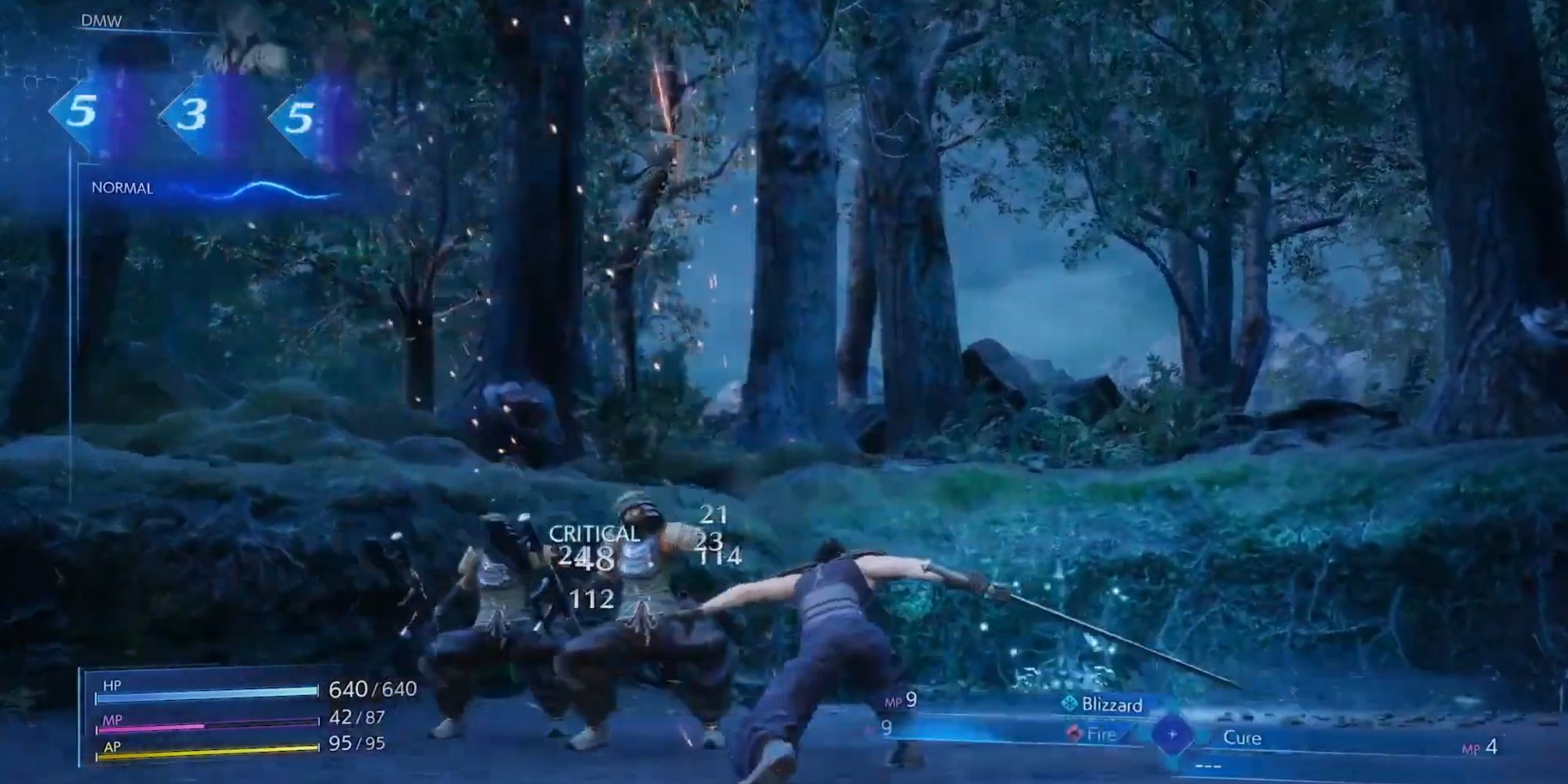 Seeing Final Fantasy 7 on this list may be surprising, but the game could be seen as a giant metaphor for human-induced climate change. Final Fantasy 7 takes place in a modern world where a mega corporation drains the planet's life force to generate energy, which in turn is causing the planet to weaken and perish.

The main protagonist is hired to destroy one of the reactors of this mega corporation, and throughout the game continues to fight against the destruction of the planet and for the preservation of its lifeforce, called Lifestream. Pay close attention, and you will see that this game, back in 1997, completely revolves around environmental awareness. 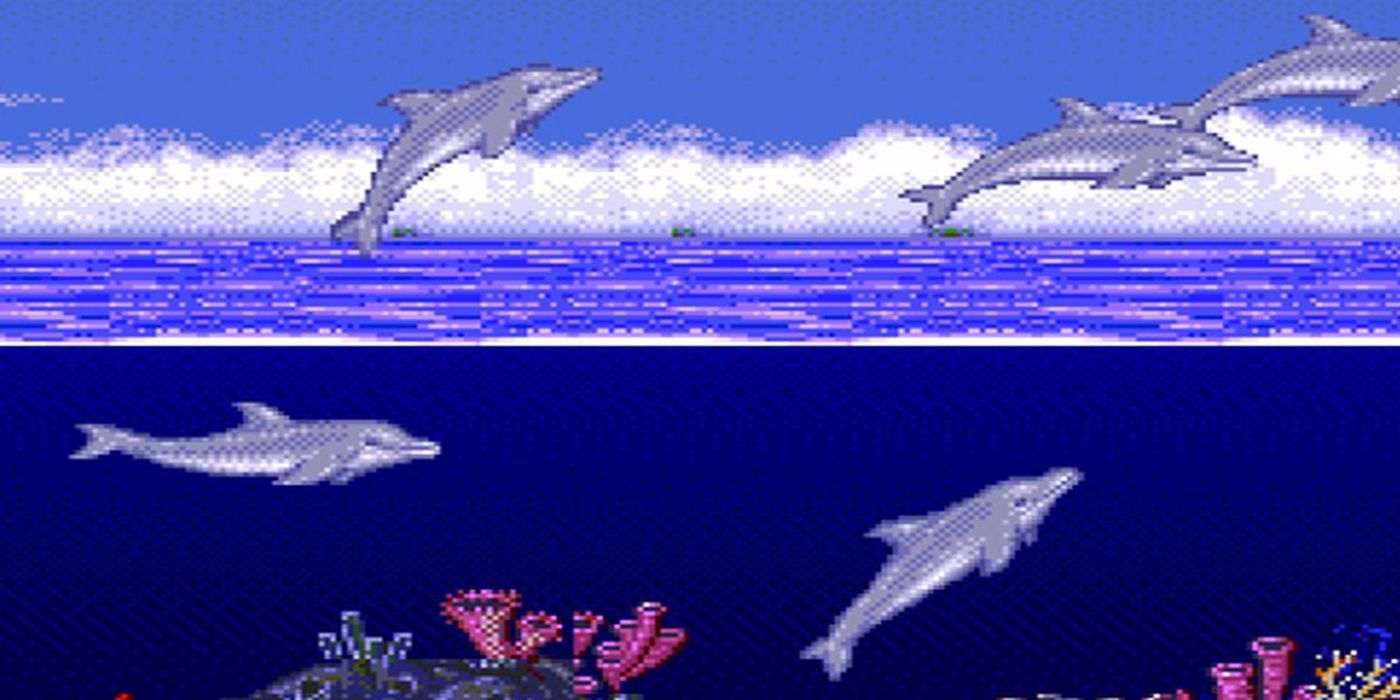 In one future, the world's oceans are sucked dry and replaced with machines. In the other future, mankind has destroyed itself, which results in oceans covering almost the whole planet, a bright future, and flying dolphins. While destroying ourselves does not sound like a good idea, perhaps we can move to Mars, and then visit the flying dolphins as a holiday destination. 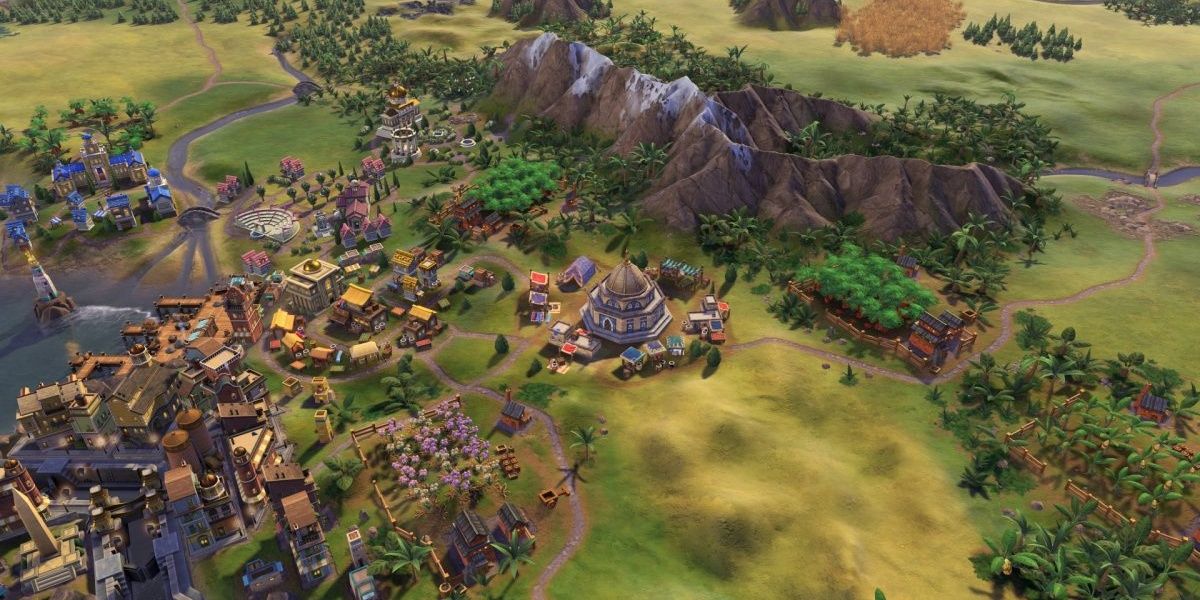 The second expansion pack for Civilization 6, called Gathering Storm, is all about climate change and environmental awareness. It adds various environmental effects to the game, as well as engineering projects and strategies to mitigate these risks.

For example, to prevent floods, you can avoid building on the coasts altogether, or construct Flood Barriers. To prevent global warming, you want to avoid pollution and non-green energy, and sanction other civilizations that have a large carbon footprint.

2 Fate Of The World 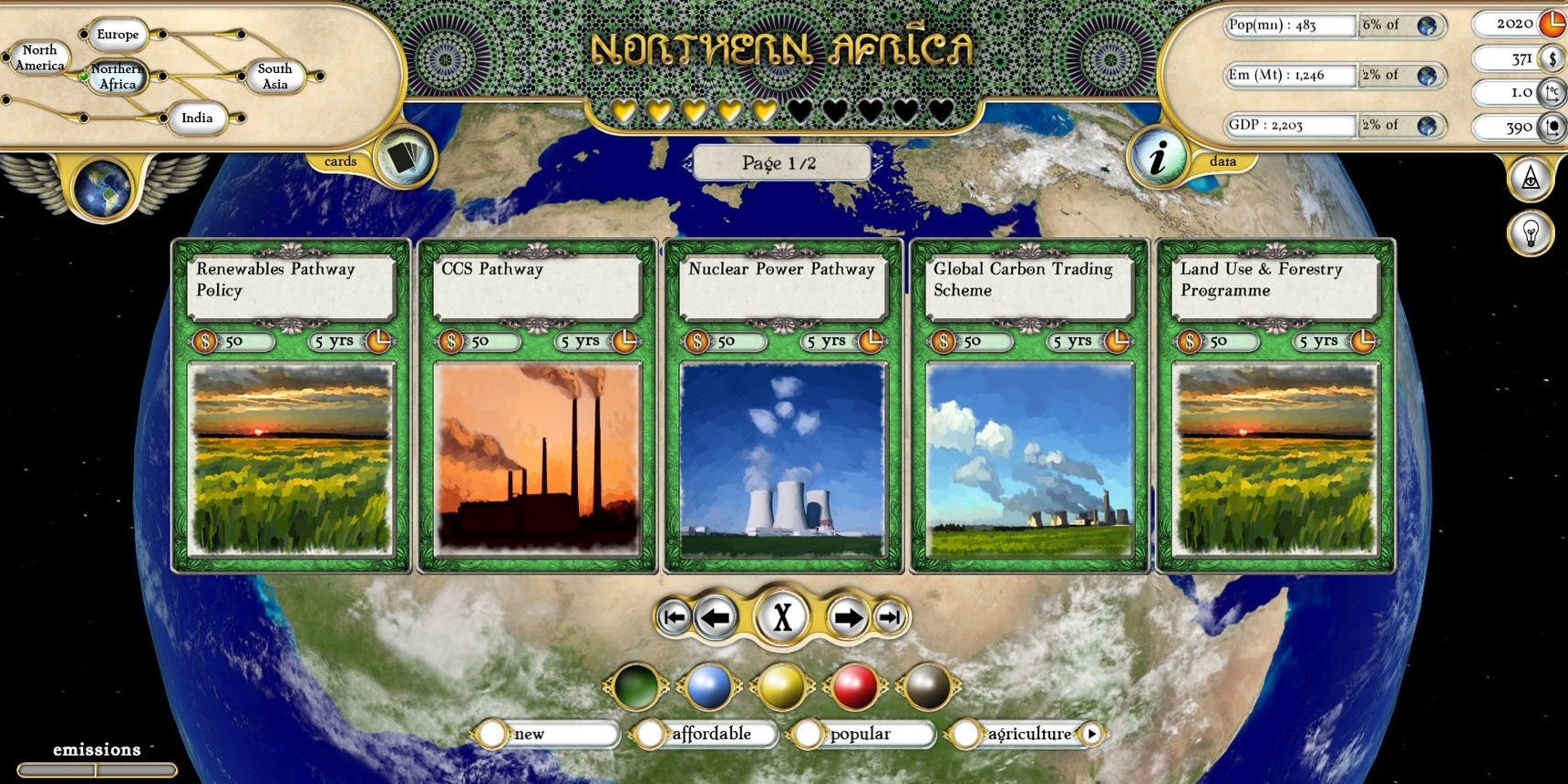 A lesser-known and more serious game is Fate of the World (2011), produced by Red Redemption (and no, there are no cowboys in this game). In this turn-based game, you follow one of several scenarios, where each turn represents five years that have passed.

Your goal is to allocate funds, manage public opinion, and protect the Earth's fragile ecological balance while dealing with constant population growth. The game is far from easy and is an excellent learning tool to discover how challenging and daunting of a task it is to mitigate climate change. 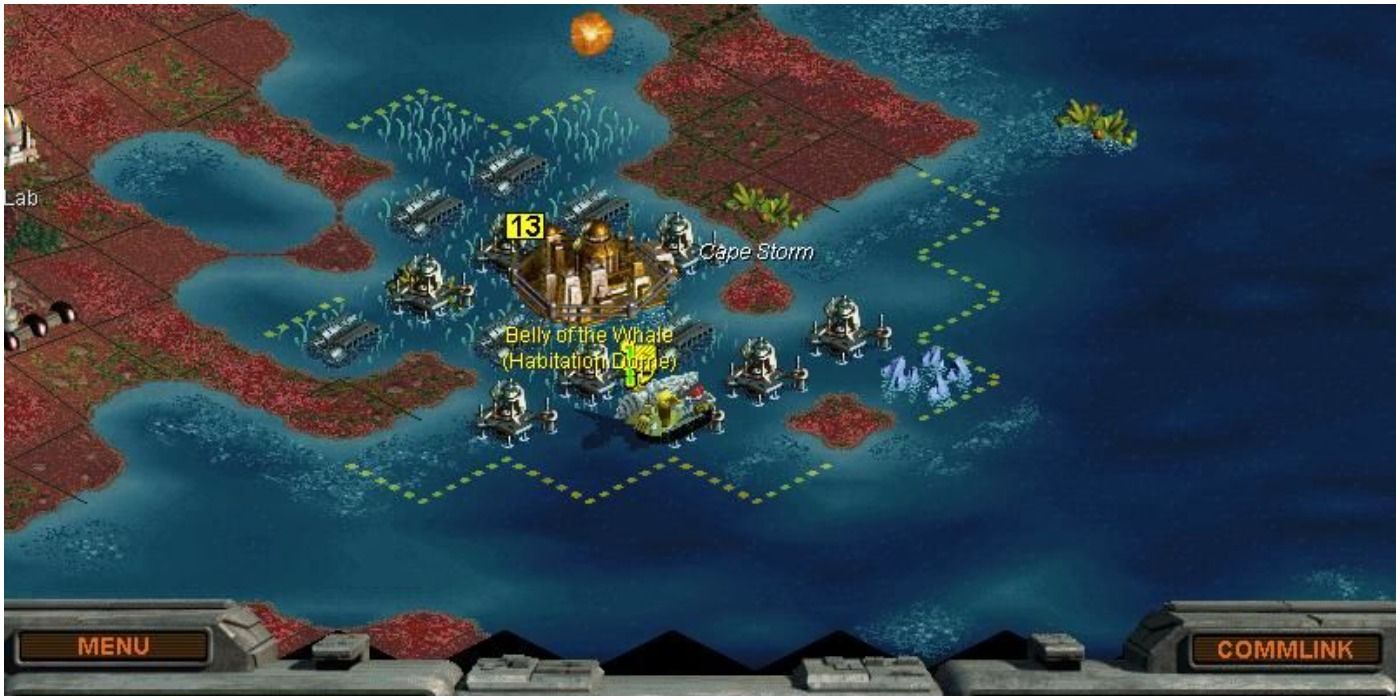 Sid Meier's Alpha Centauri is a 4X game taking place in, as the name implies, the Alpha Centauri solar system, where you colonize the planet Chiron. While this game does not take place on Earth, depending on player choices, you can be doomed to repeat Chiron to the same fate. Certain buildings, such as boreholes, can contribute to global warming, which can result in melting ice caps and a global sea-level rise. Sounds familiar?

So, while playing you must keep track of your ecological damage score. Even building too many solar collectors can cause issues, but nothing that a Tree Farm cannot fix. It is certainly an interesting gameplay mechanic, especially since ecology and the environment usually do not have such a prominent place in 4X games.