Do you want a conversation starter at awkward parties? Do you want everyone to know how much you play video games? Do you want strangers to approach you and say, "cool shirt, dude"? If you answered yes to any of these questions, you should consider buying a gaming shirt.

Whatever your reasons, gaming shirts are abundant nowadays! With so many options, it's hard to pick – and no one's wardrobe can be made up exclusively out of t-shirts. To give you a hand, we're showcasing some of our very favourite options in this article!

If You Can See Me 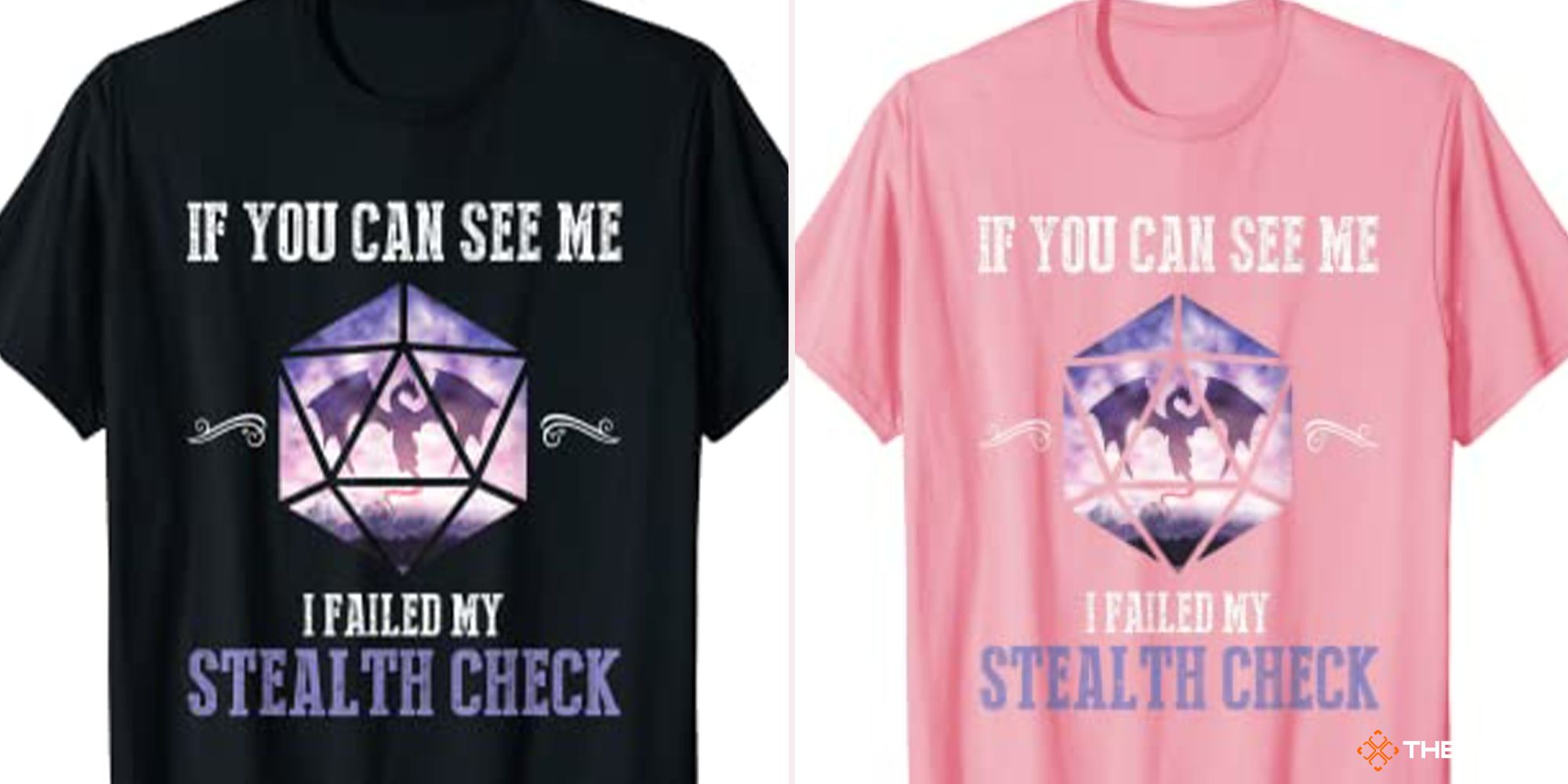 If you're a Dungeons & Dragons fan, this shirt is a great option for repping your nerd-dom in public! It comes in ten colours, so there are options for every wardrobe out there. The way we see it, if you're going to wear a shirt with a cheesy slogan on it, at least make it funny! This one is a little goofier in bright, light colours like pink that jump out at you, just for the irony.

Besides, this shirt gives you a good out when you need to leave a conversation – just point to your shirt and say you rerolled a natural 20. Then run away as fast as you can. They'll laugh… or they'll never talk to you again, but that's okay because if they can't appreciate a good D&D joke then we don't want 'em. 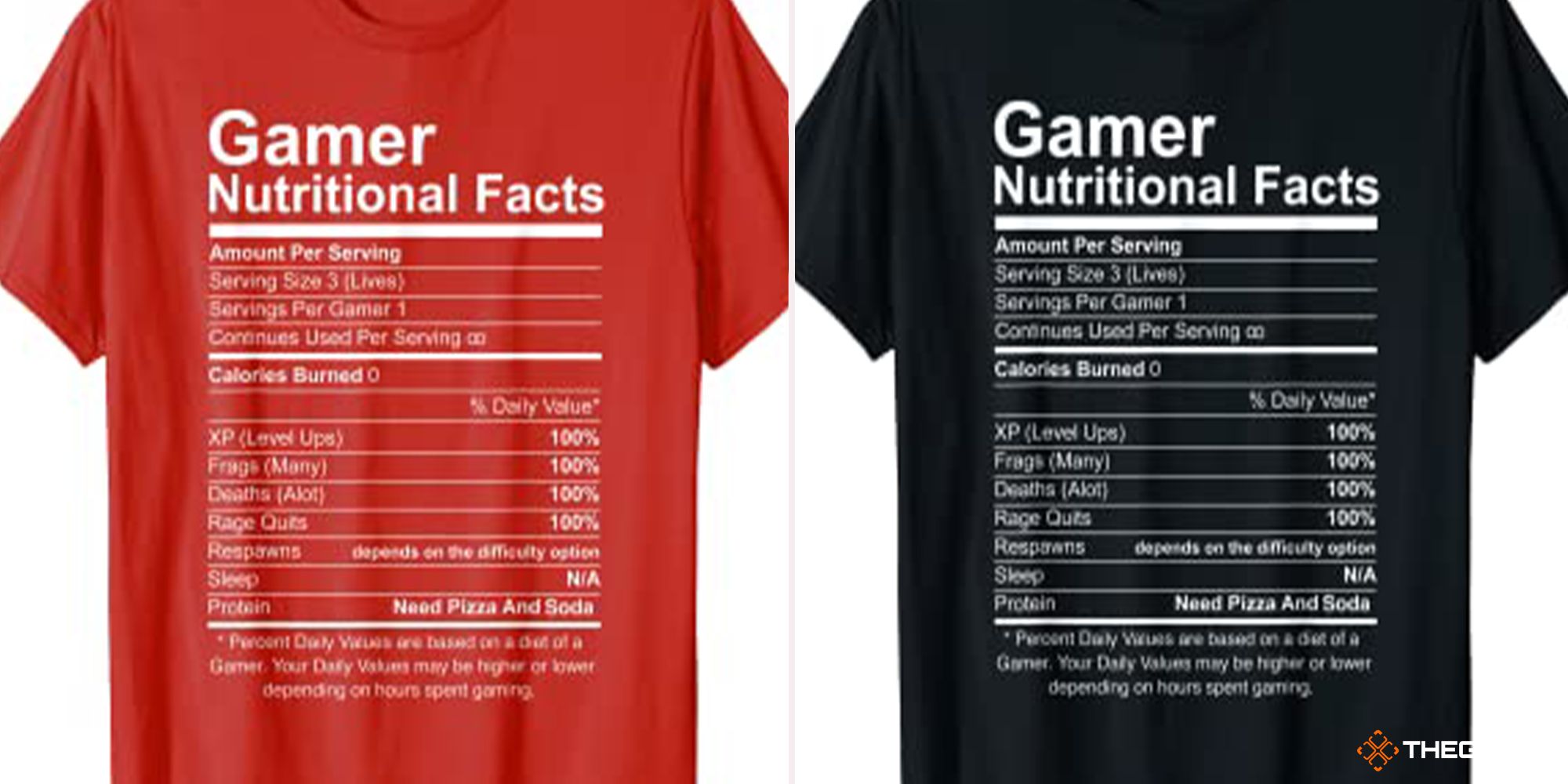 This generic gaming shirt is a good conversation starter. From afar, it's pretty generic – if you can read the word 'Gamer' it might give a stranger a good chuckle. But up close, you can examine all the goofy things written on the shirt, like how you "need pizza & soda."

This one comes in five colours and its conversation-starting nature makes it great for parties. It's best used when you know the people around you will at least be receptive to some light chatting about video games; we wouldn't recommend this shirt for an office meet-and-greet. After all, what if they look you up and find your Twitch stream? 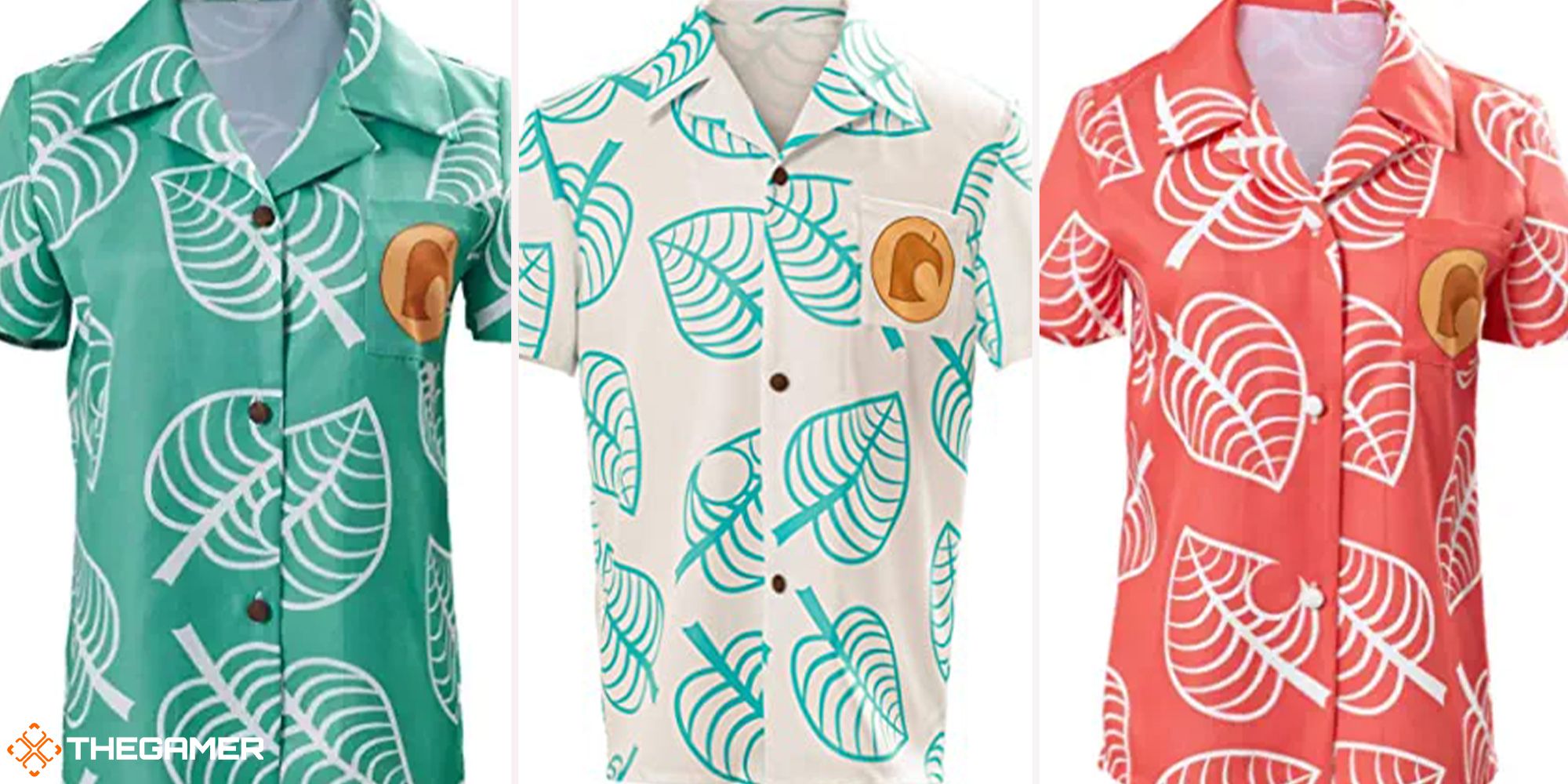 Animal Crossing has a distinct look as a franchise and the latest installment, New Horizons, only served to perfect and solidify it. These button-up shirts are worn by the team that helps to manage and run your island, and are just iconic. Thanks to the miracle known as technology, you can have a perfect recreation of them!

The best thing about these shirts is that they're covert. Anyone who's familiar with the game will adore it, while it doesn't strike non-gamers as particularly unusual (just maybe a bit flamboyant). 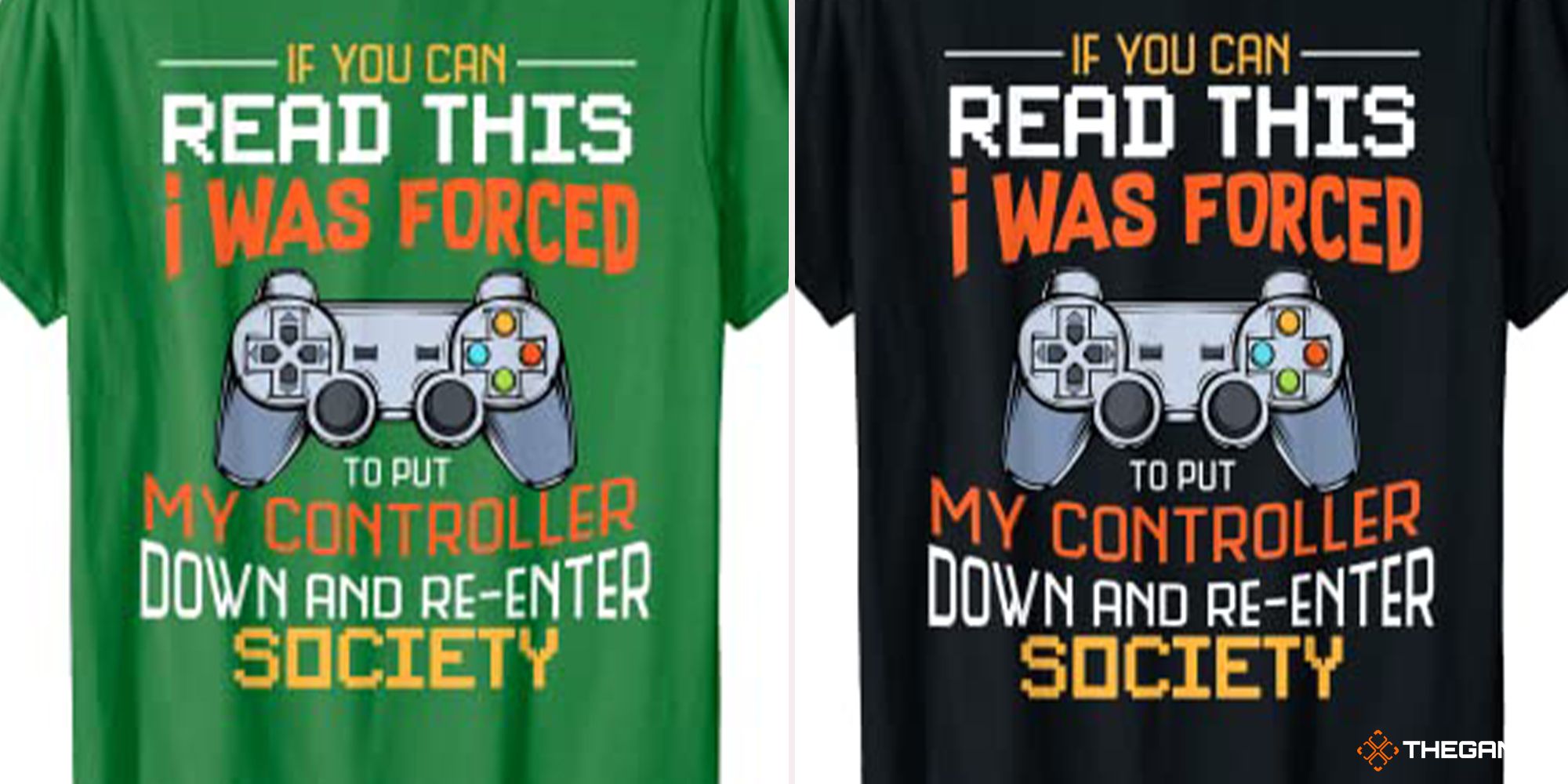 Shirts that are full of text tend to overwhelm an onlooker, but we'll make an exception for this one. It's a shirt about how someone forced you to be social (which, unsurprisingly, is the subject of most gaming shirts these days).

What we love about it, though, is that this controller looks vaguely like the original Sony PlayStation DualShock controller, which was released in 1997. If we're to believe the shirt when it tells us that you put down this controller and re-entered society, it would imply you've been locked away from video games for more than two entire decades. You must be getting desperate!

Or, you could always just buy it to feel smart when you explain to people the differences between the controller on the shirt and the actual 1997 DualShock. 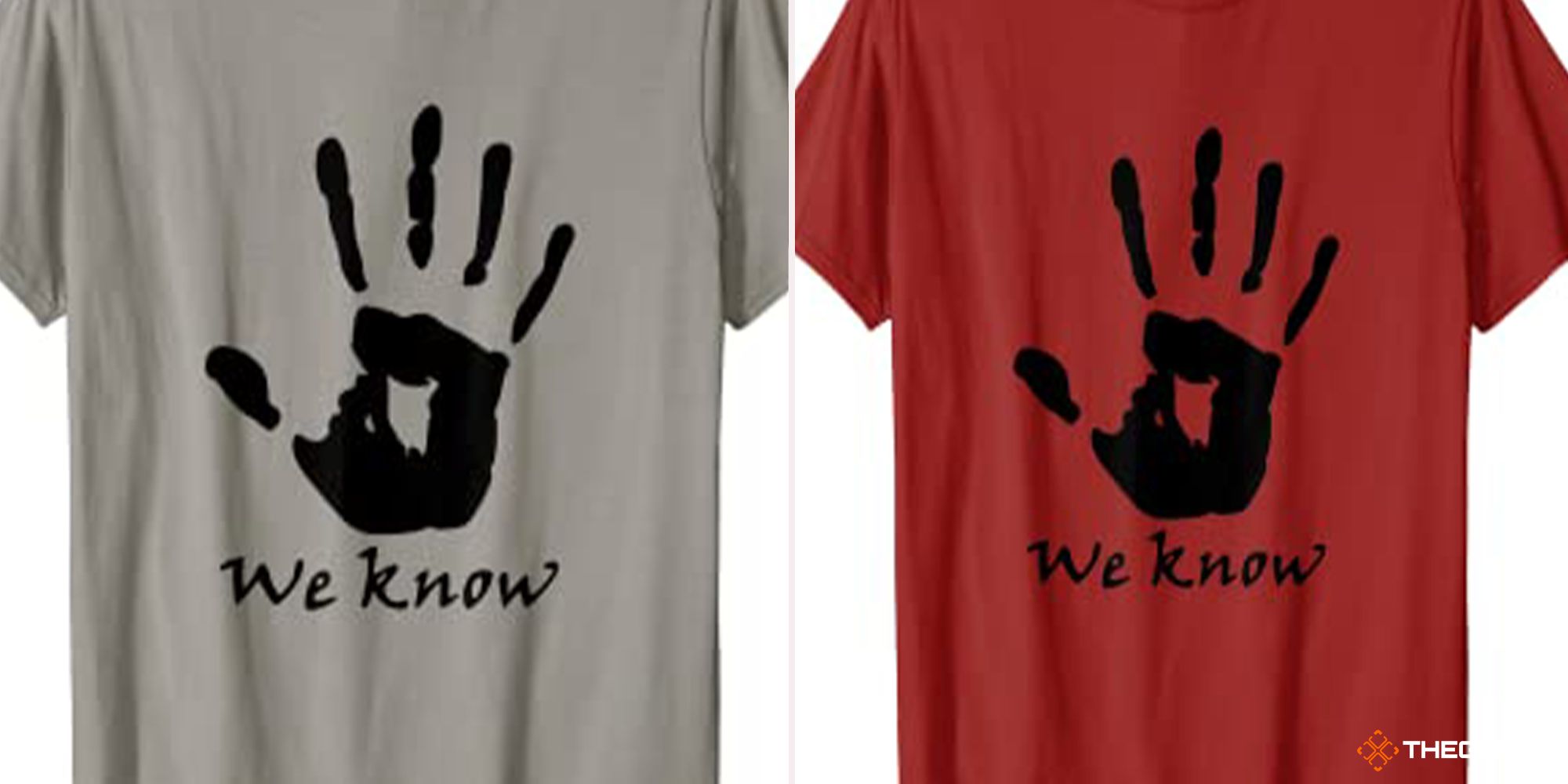 Like the Animal Crossing one, we like this shirt for being covert. To any uninformed onlooker, this might just look like an edgy, ominous shirt. Even if they'd played Skyrim before, that might not mean they interacted with or remembered the Dark Brotherhood. However, the educated people in the crowd will know you for the gamer you are. 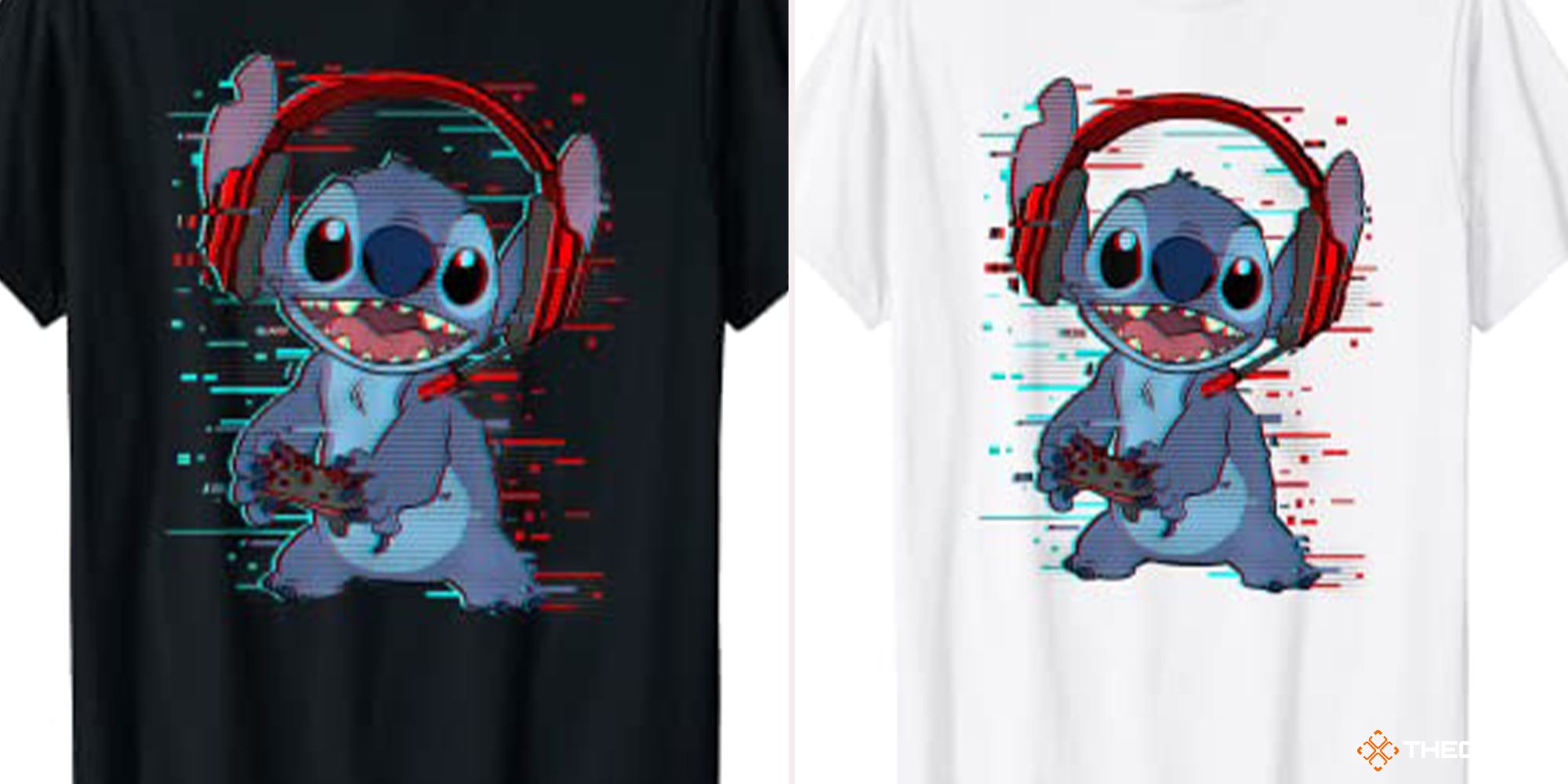 Stitch may not be from a video game himself, but that doesn't mean he can't feature in your gaming merch! This adorable t-shirt comes in seven colours for you to choose from and will undoubtedly give you a rush of dopamine every time you look at it.

After all, what better way to start the day than by pulling out this shirt? Even if you don't want it for yourself, it would make a great gift for a teen or child in your life who has started gaming. 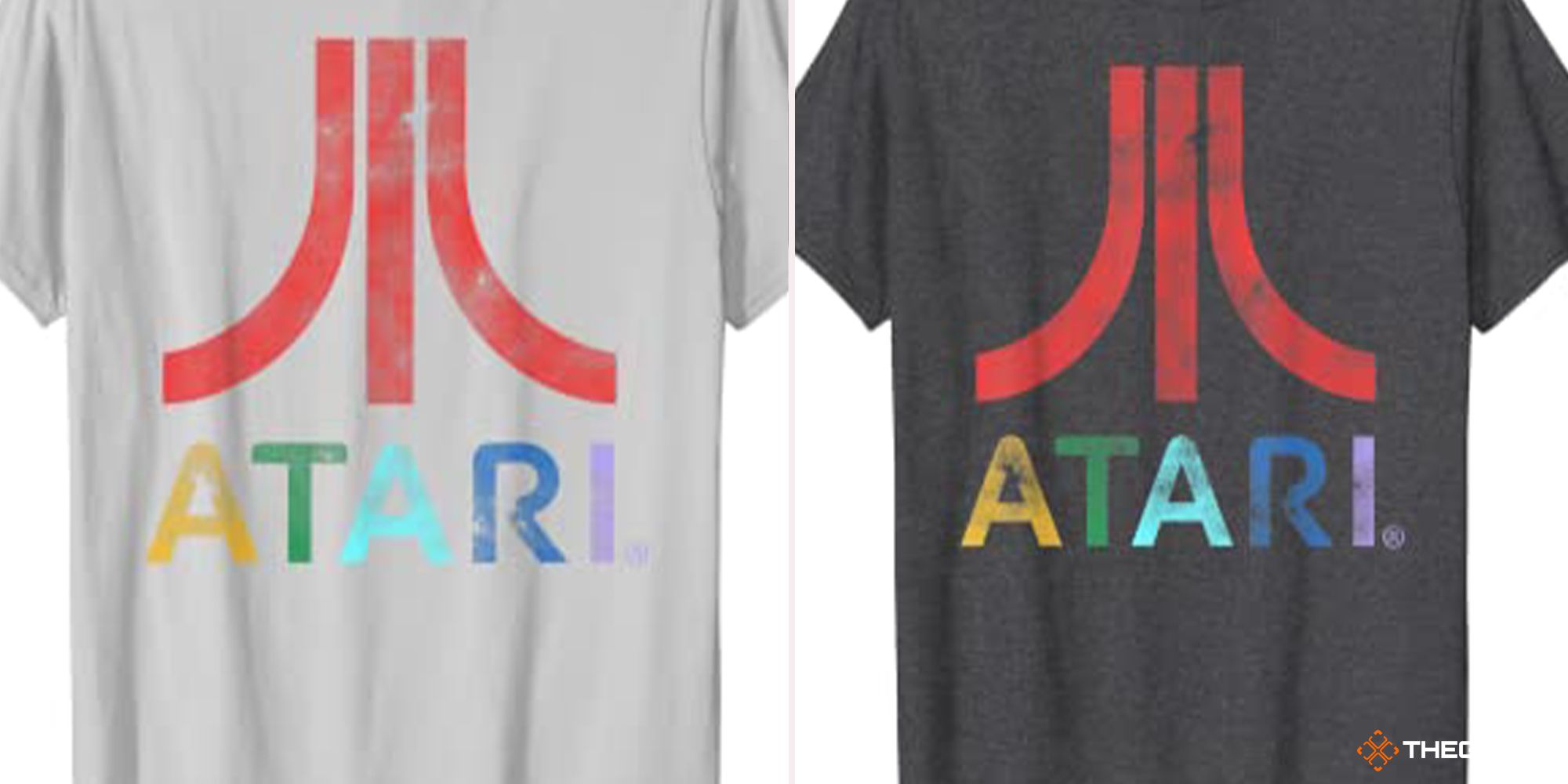 We can never forget the early days of video game culture. The world was, at the same time, somehow incredibly different and basically the same as we are today. Many of us grew up on the early consoles, like the Atari, and won't ever forget them.

This shirt lets you remind all onlookers of that fact. It's available in five different colours and men's, women's, and children's cuts, because anyone of any age or gender is welcome to look fondly on the old days. 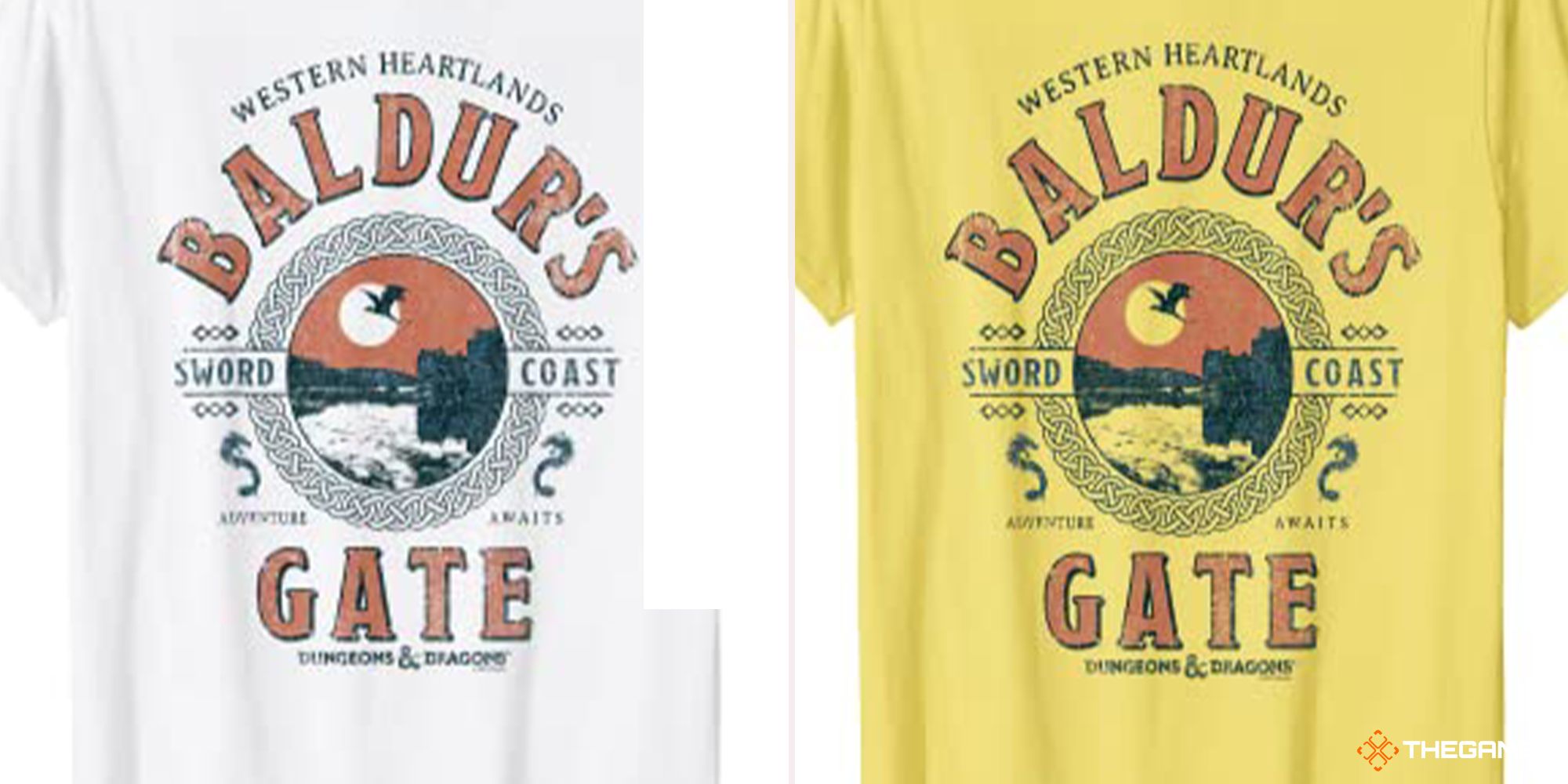 One more covert shirt option! This one features Dungeons & Dragons' Baldur's Gate, drawn in a modern style. You see these kinds of designs on shirts from lots of places – cities, countries, tourist destinations, the works – so if an eye just passes over it, it looks pretty normal.

Look closer at the details, though, and there are lots of little references to make any Dungeons & Dragons fan happy. This shirt comes in five different colours, too, giving you plenty of space to match your wardrobe. 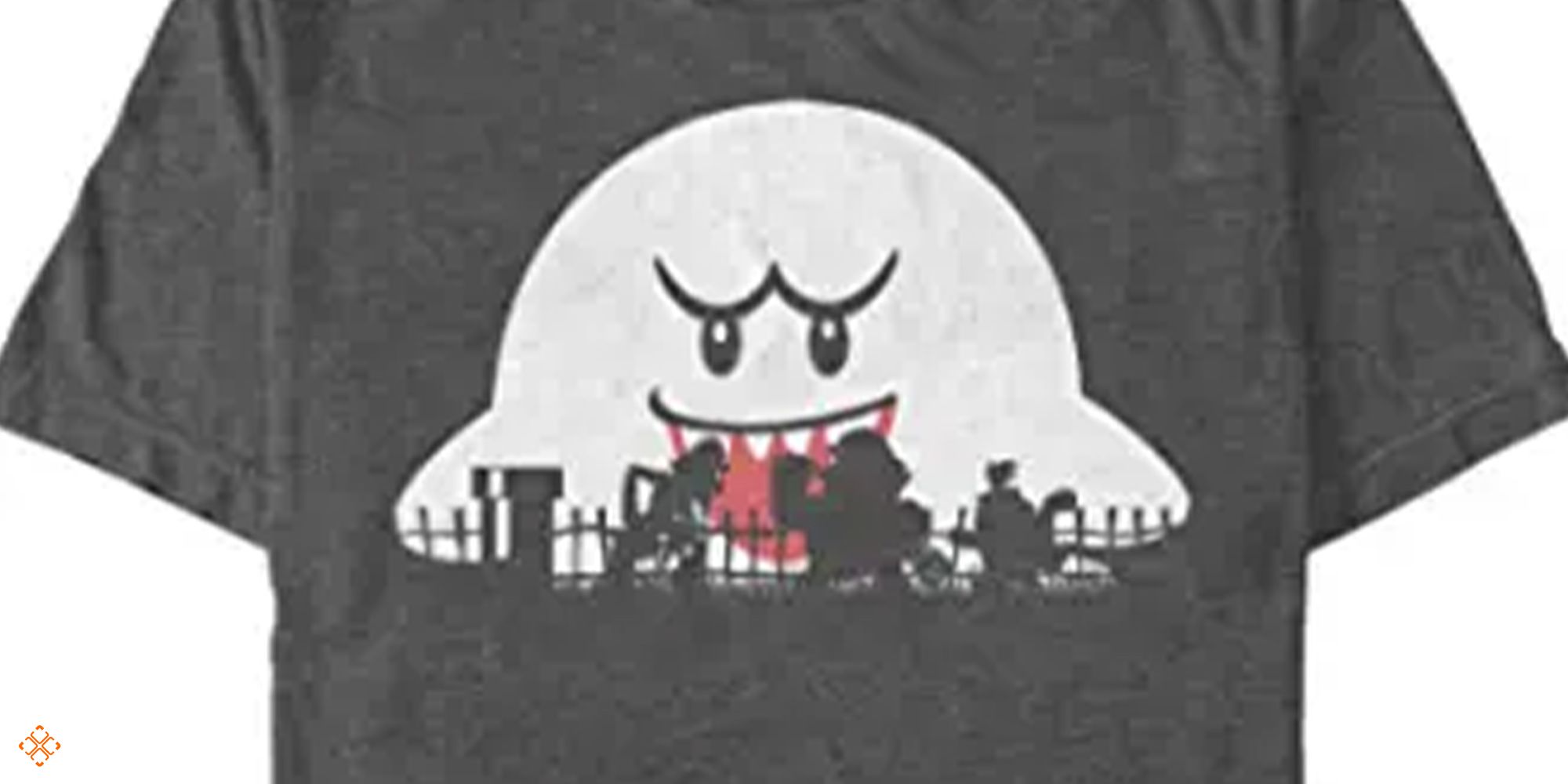 We can't help but love this simple but unique design for a Mario t-shirt. Boo (the ghost) lurks in the distance as the series' villains get up to some mischief nearby.

With popular brands like Mario, the shirts are often pretty unimpressive. They have a Mario game logo, and/or a number of the franchise characters, and/or some goofy joke. This one is a refreshing change of pace; it features underrepresented characters from the series in a creative way. 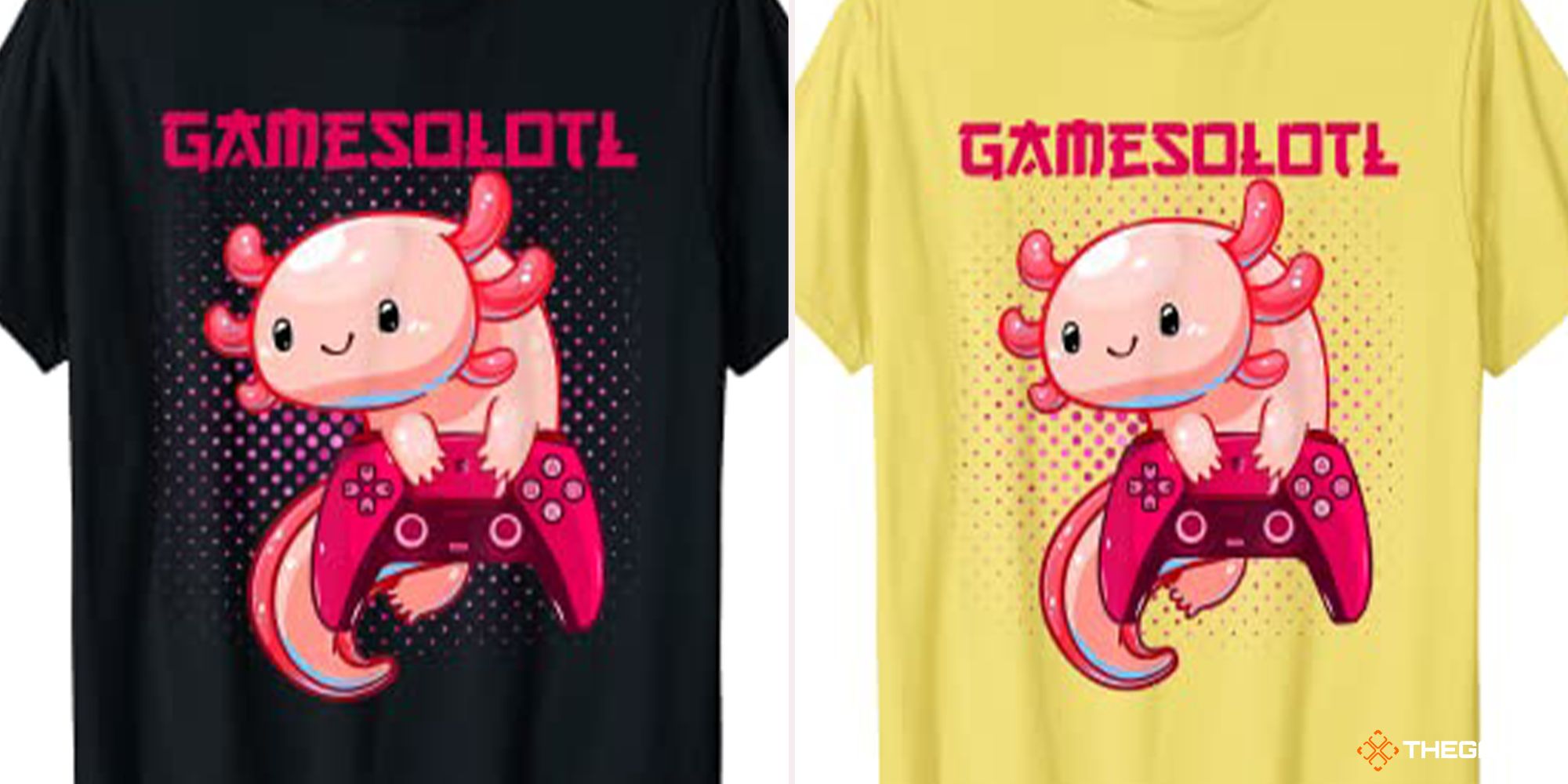 We could resist showing you this adorable "gamesolotl" t-shirt! It features an axolotl holding a little controller in its hands – we could be cooing over it all day.

The shirt comes in ten colours, so you have lots of options about how edgy you want your gamesolotl to seem. Black is a classic gamer colour, of course, so it might match your setup and make the gamesolotl seem like a serious player. On the other hand, a yellow shirt makes it seem like the gamesolotl is having a nice relaxing day, soaking in the sun and enjoying their favorite hobby. The choice is yours.