Aside from the Ni no Kuni series, and a few games that have taken inspiration from Studio Ghibli’s movies over the years, there haven’t been any video games that have been a faithful adaptation of Ghibli’s incredible stories and worlds. Considering the breadth of fantasy worlds that Ghibli’s movies encompass, there’s lots of material to consider when deciding which would make the best video games.

One component of video games is their ability to transport you to another world, putting you in the shoes of the protagonist – an affinity they share with Ghibli’s iconic movies. Game adaptations of these stories could develop their environments and history, allowing you to explore the worlds of these stories in even greater detail.

10 Bugs Don’t Bug Me: Nausicaa Of The Valley Of The Wind 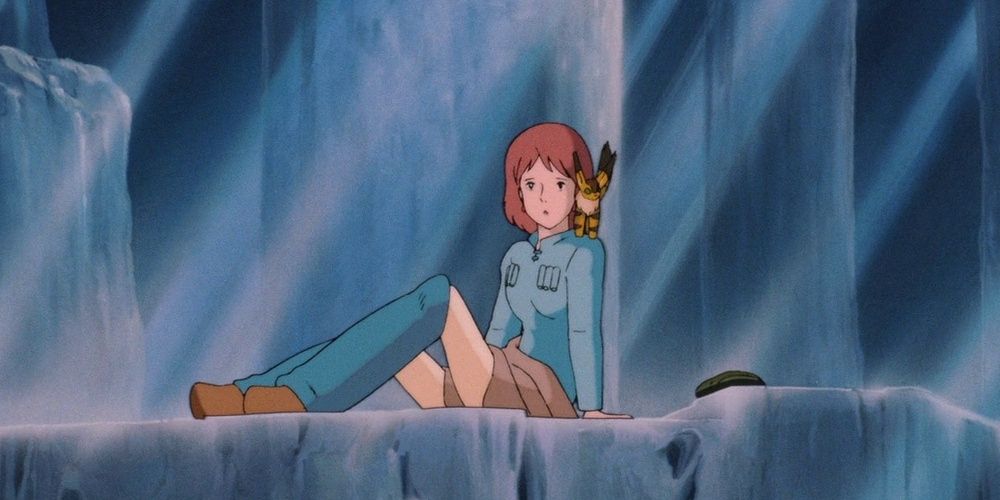 Although there was a series of video games based on the manga and movie released in the 1980s for Japan, these games failed to capture the essence of the movie and were a far cry from what a modern adaptation could present. The world of Nausicaa of the Valley of the Wind is one rich with beautiful scenery, despite being set in a post-apocalyptic world.

The game could involve you exploring these inhospitable environments using Nausicaa’s glider, Mehve, as you work to bring peace to this barren landscape. During this, you could encounter the Ohmu, giant insects who are generally docile but can also go into frenzied rages if their fellow insects are killed. Fans of Chrono Trigger might recognize these huge bugs, as they bear a striking resemblance to the game’s final boss, Lavos.

9 We Need This Right Meow: The Cat Returns 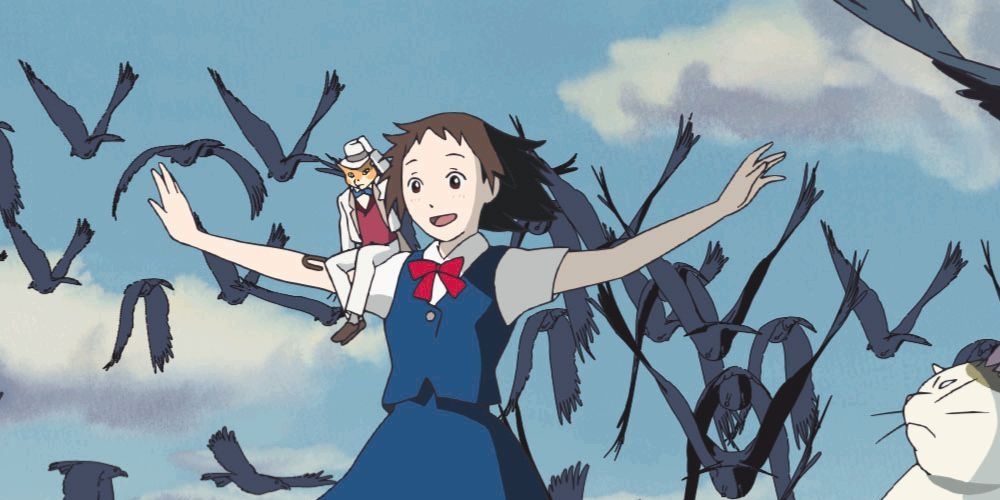 Studio Ghibli created the cutscenes for Ni No Kuni: Wrath of the White Witch, a game that features a race of cat people native to Ding Dong Dell, similar to those in The Cat Returns.

Although it was fun to visit Ding Dong Dell and meet some of its feline residents, the kingdom is only one stop of many in your journey. You don’t get to spend lots of time there, so it would be exciting to see this concept fully realized in a game adaptation of The Cat Returns. This would allow you to explore the Cat Kingdom of the movie, seeing the inner workings of the cat society in more detail. 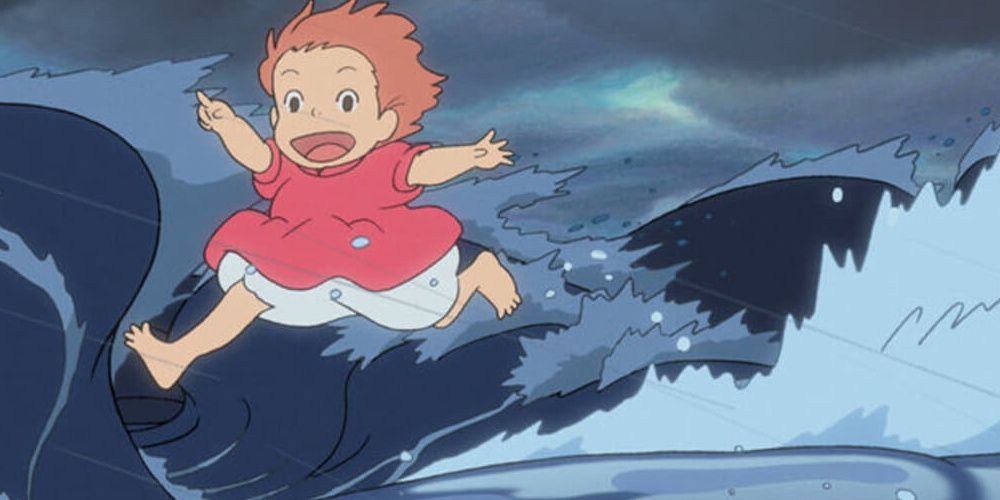 The 2008 movie Ponyo follows a young girl named Sosuke who finds a goldfish in a bottle, only to discover that she’s actually the daughter of a wizard. The newly-named Ponyo grows more human as the pair become closer and unleashes magic in her quest to become human, but this magic floods the village with water.

A game adaptation of this movie could follow Ponyo on her search to become human, allowing you to explore her native ocean and the village Sosuke is from, while avoiding her father. The game could follow in the footsteps of games like The Legend of Zelda: The Wind Waker, where you traverse both sea and land, using Sosuke’s boat much like how Link uses The King of Red Lions.

7 Hiding In Plain Sight: The Secret World Of Arrietty 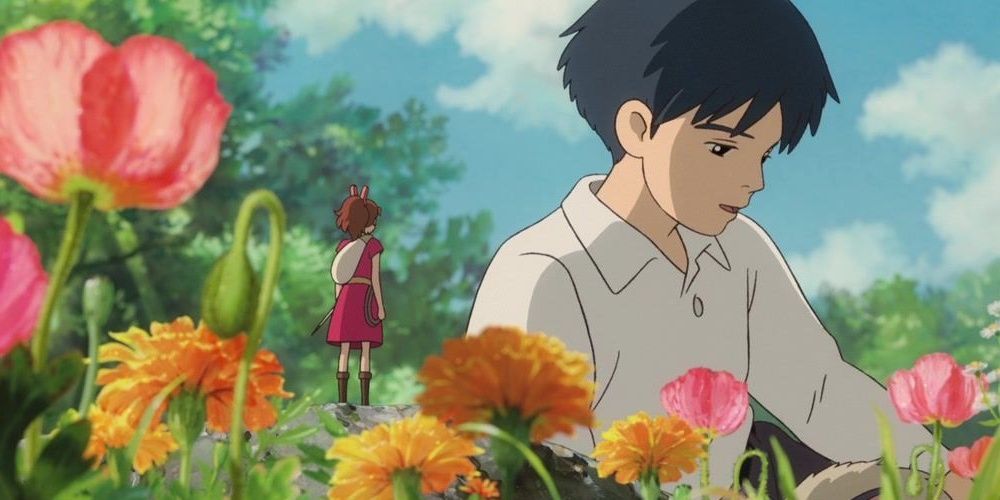 Based on The Borrowers, the movie follows the Clock family, Borrowers, who take items from the human world to use in their house. One of the main struggles for the Clock family is not being discovered by the humans whose house they’re living within.

A game could use this struggle in its gameplay mechanics for various stealth segments, where you must run and hide from humans while trying to take your item of choice. It would be interesting to see the human world through the eyes of a Borrower, seeing everything on a much larger scale. 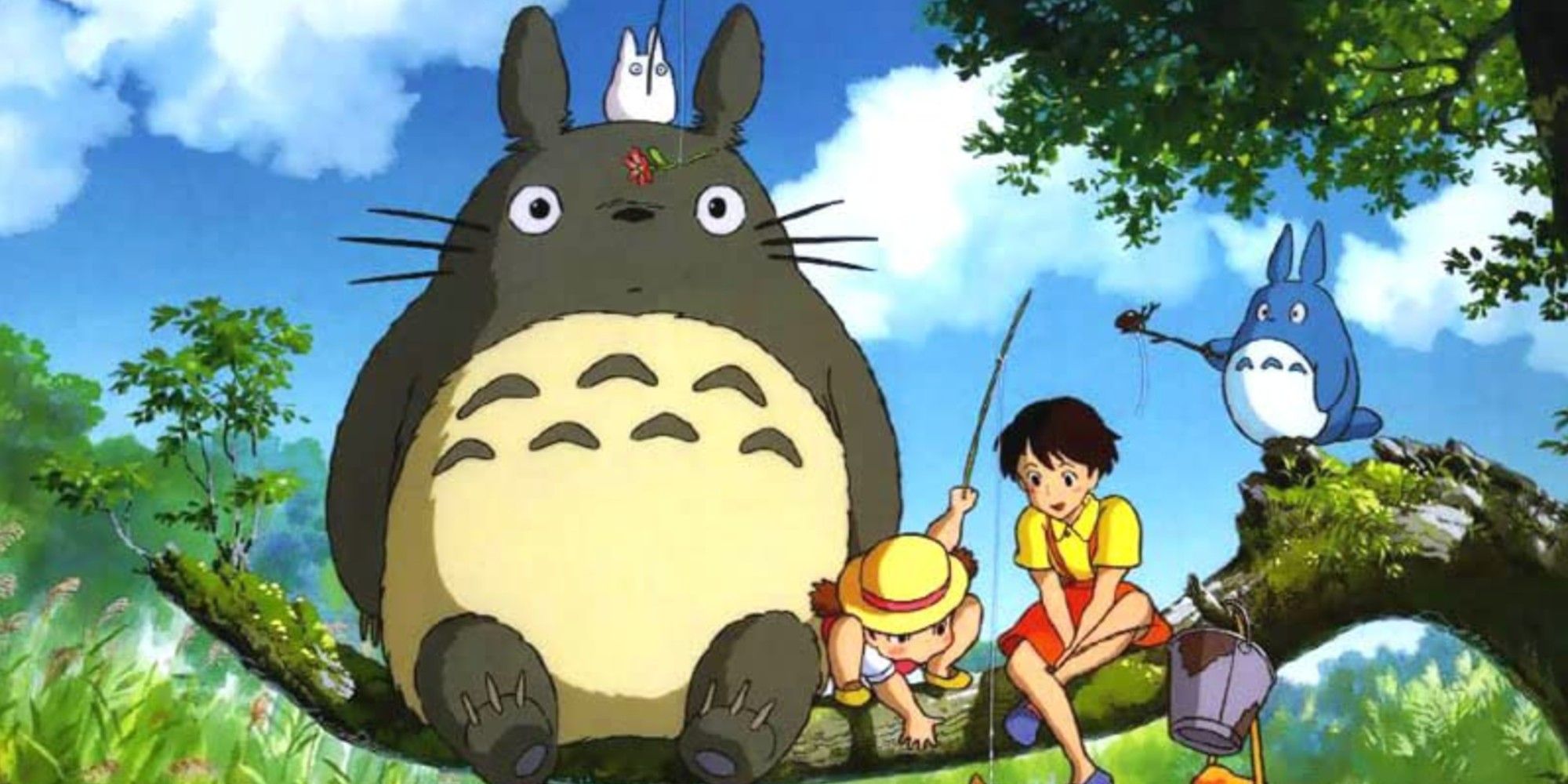 My Neighbor Totoro follows two sisters, Mei and Satsuki, who move to the countryside after their mother falls ill. The movie captures the essence of childhood imagination through the eyes of the two sisters, as they befriend the forest spirit Totoro and its friends.

The beautiful environments of My Neighbor Totoro and the cuddly inhabitants of the forest would make a great backdrop for a game where you uncover the mysteries of the surrounding forest just footsteps away from your home. The game could evoke the hand-drawn backgrounds and exploration of childhood in titles like Attack of the Friday Monsters on the Nintendo DS.

Howl’s Moving Castle captures the magic of the movie’s titular moving castle and its surrounding environments through Studio Ghibli’s iconic style, paying attention to all the intricacies of the movie’s details to make it come alive. Despite the backdrop of the war that looms over the movie’s story, it never loses its splendor and charm while touching on other themes.

It’s surprising that more games don’t explore the concept of a magical society in greater detail, and a game adapting Howl’s Moving Castle could rectify this. This title could allow you to follow Sophie’s journey from hatmaker to a resident of Howl’s moving castle, looking for a way to break the cursed placed on her by the Witch of the Waste.

4 Monumental Heights: Castle In The Sky 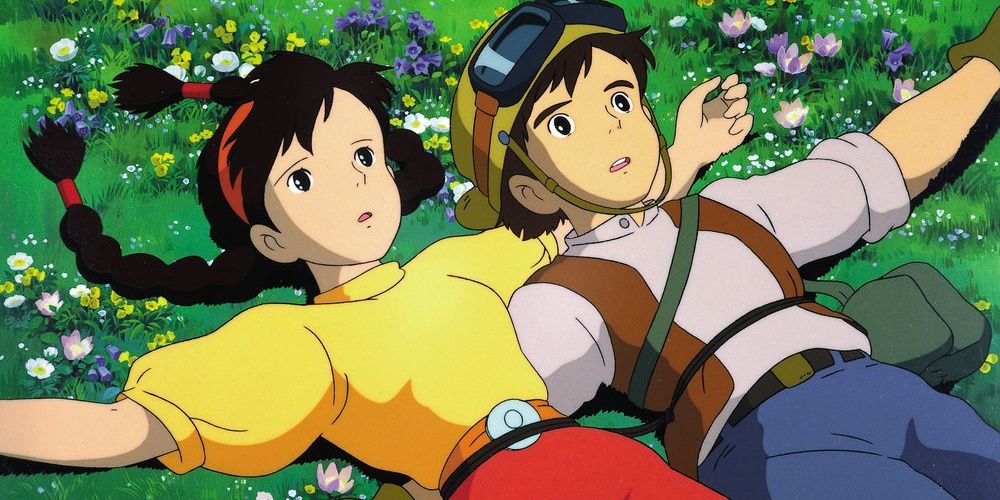 Castle in the Sky reaches epic scales, featuring fantasy elements such as a mysterious girl with links to royalty, sky pirates, a long-forgotten kingdom, robots, and much more. One of the highlights of the movie is the floating castle in the sky, Laputa, which was once the hub of a civilization, now left abandoned.

The game could have you discovering the mysteries of this forgotten civilization, exploring the city of Laputa in all of its glory. Laputa is one of the stand-out locations across Studio Ghibli’s movies, so investigating the history behind it in a game would be exciting for fans of the movie.

3 A Search For Peace: Princess Mononoke 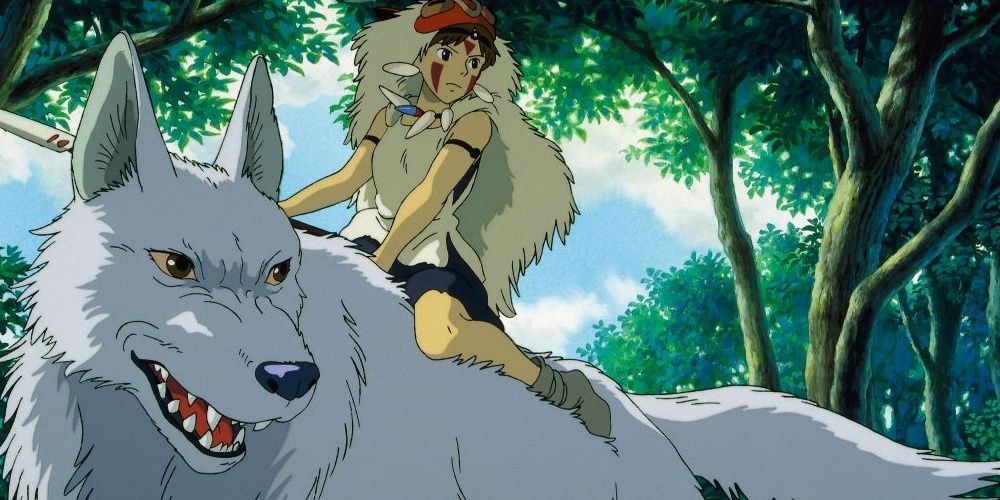 If Princess Mononoke were to be adapted in a similar style to Breath of the Wild, you could explore the natural beauty of the world around you, while searching for a way to bring peace between humans, animals, and gods. 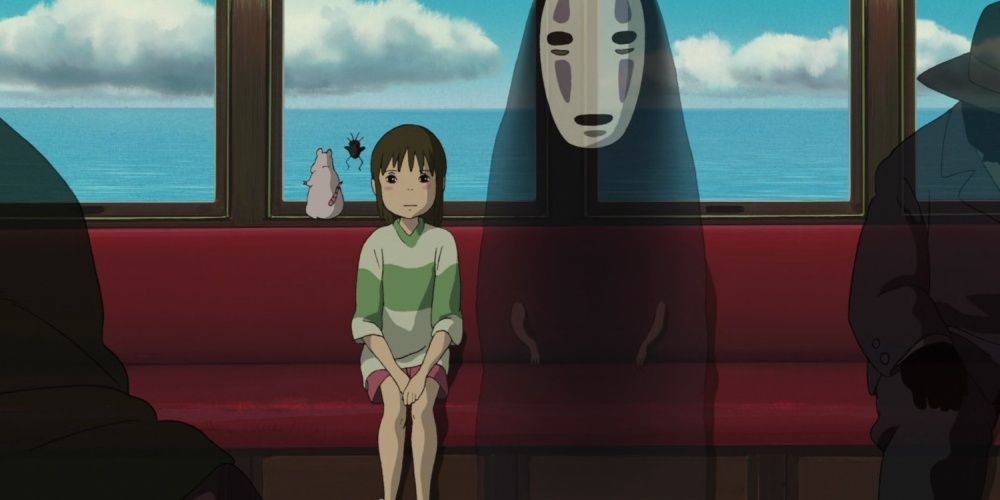 After Chihiro and her parents wander into a derelict amusement park, they soon discover that it’s filled with supernatural beings. Chihiro’s parents can’t resist the food offered there, and they are turned into pigs because of their greed. Taking on a job in the Bathhouse, Chihiro must work to free her parents and return to the normal world.

A game based on this movie could have you working at the Bathhouse, taking in the sights of this otherworldly environment while you search for a way to rescue your parents. Similar to Spiritfarer, where you help spirits on their journey to the afterlife, you could help each spirit that comes to the Bathhouse with their problems.

1 This Could Deliver: Kiki’s Delivery Service

Kiki’s Delivery Service stars a young witch named Kiki as she sets out on her journey to pursue her talents as a witch. She sets up her own delivery service in the town, using her broomstick to see the parcels safely received. Kiki’s journey to become more confident in her abilities and regain her powers after temporarily losing them would make for a heart-warming plot.

The game could allow you to live out your dream of becoming a witch, helping the locals, and discovering your true potential. Interacting with the residents and delivering parcels on time could help grow your reputation in the town, boosting Kiki’s confidence and powers.