Change can be scary sometimes. Most players have eagerly awaited the degree of freedom Pokemon Scarlet & Violet have prepared to provide, but now that the games are here, it can be a little daunting to determine where to go and when. Not just that, but there's plenty the games don't tell you, or tell you in such an early flurry that you're likely to misremember later on.

So it goes with open-world RPGs, right? That's why, now more than ever, a hot new mainline Pokemon game benefits from some tips and tricks for newcomers. Make the most of your Paldean journey with our Scarlet & Violet suggestions.

You Can Fast Travel From The Start

One of the first tutorial screens you'll get once you've chosen a starter Pokemon and made some progress toward the (considerable) commute to Mesagoza will clue you in to Pokemon Scarlet & Violet's fast travel system. If you've played Pokemon Sword & Shield, which there's a good chance you have, the text will read fairly similarly. You can fast travel to some places you've previously visited.

Cool. So, it's like the Corviknight Taxi system, right? More or less. But whereas Galar's map interface was more rudimentary about this, and thus easier to discern, in Scarlet & Violet, you need to zoom in on Pokemon Centers, Towers, and similar landmarks that have a 'feather' icon over them. There's no button for the taxi system at-large, so it's easy to go several hours without realizing you could have flown back home in a blink. 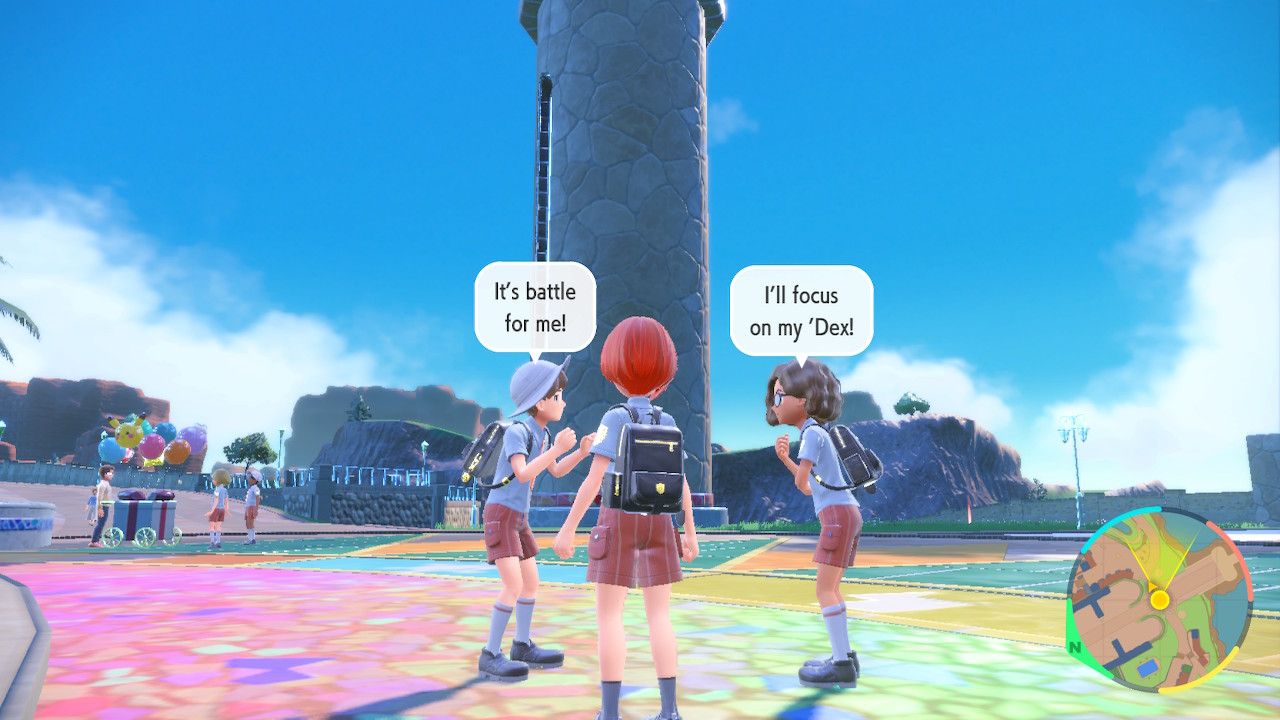 The Pokedex is where fans have, historically, spent tons of time in each game. Whether it's rereading entertaining text entries, listening to growls on repeat until your real-world sibling threatens to take away your Game Boy Adevance, or even doing something practical like checking listed habitats, there's no shortage of reason to sift through the interface.

Speaking of that last bit, the habitat listing screen for each Pokemon you have encountered in Scarlet & Violet is more helpful than ever. The screen neatly and clearly lays out likely encounter areas, giving you an easy-to-grasp destination for so many of those critters you've not yet captured in full. 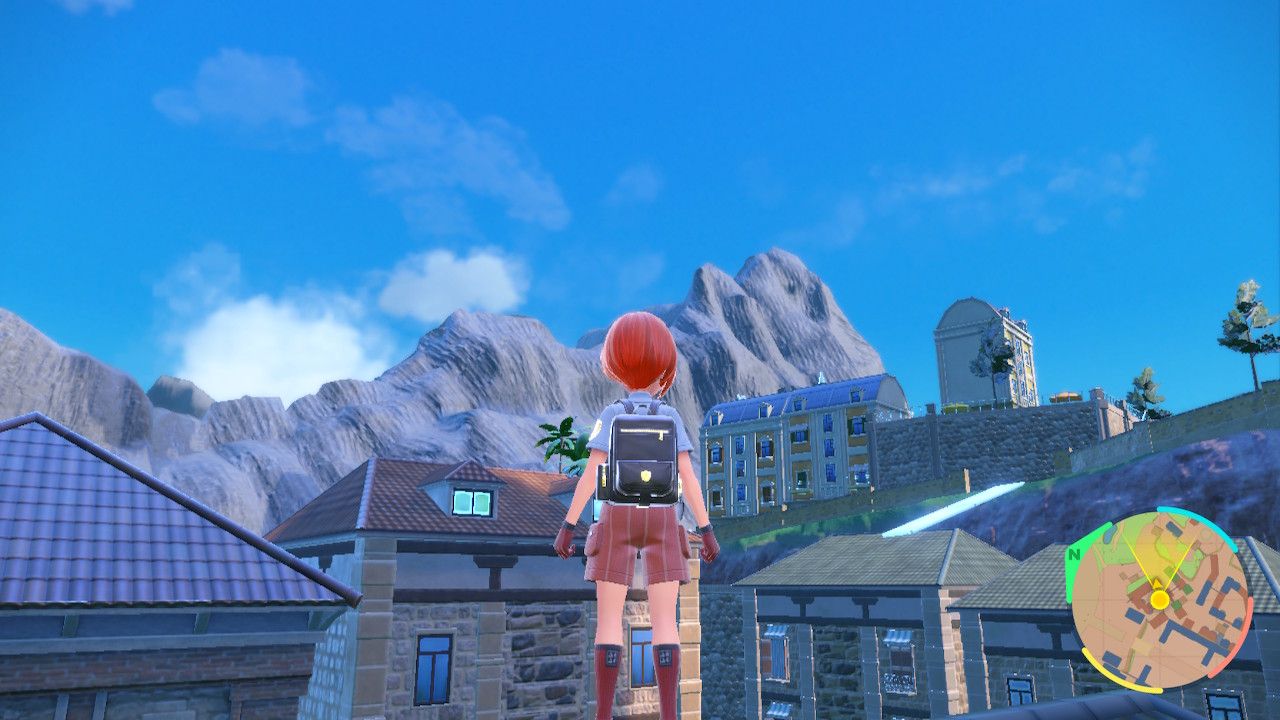 By default, Pokemon Scarlet & Violet's map is set to rotate as the player character's perspective shifts. Hey, maybe you prefer it this way, in which case, pray forgive our thought process. But we most assuredly do not prefer this, and we've spoken with enough likeminded trainers to know we're hardly alone.

Thank goodness you can amend this so that the map remains stationary, pertaining to the Paldea region's cardinal directions. For many, this will be invaluable in maintaining our bearings in a region that, while zooming out all the way reveals it's all one big oval, can still be (pleasurably) vast to the point of periodic bewilderment.

See That Platform? You Can (Maybe) Jump To It 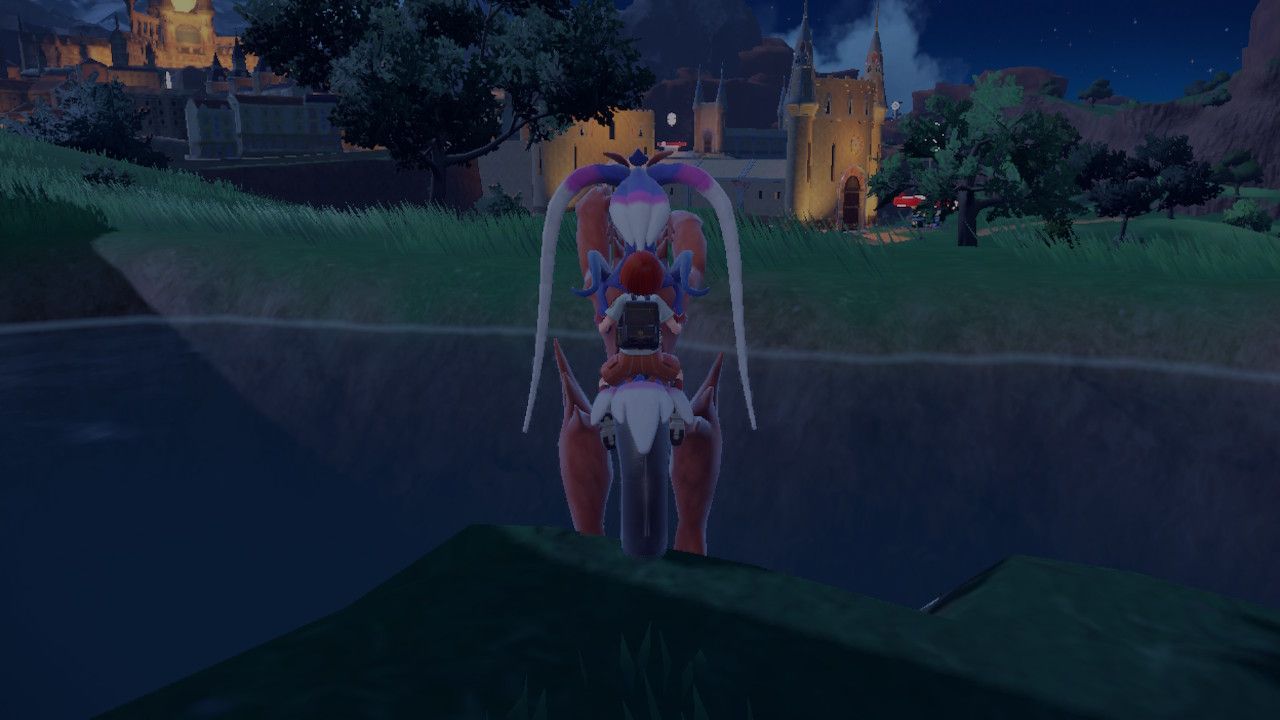 Your starter pup, er, we mean, legendary badass, becomes ridable as soon as the Academy's treasure hunt is formally underway. If you're speeding along, that's barely half an hour into a journey that promises to be much, much longer. Whether it's Koraidon in Pokemon Scarlet or Miraidon in Pokemon Violet, you'll have a beloved steed from thereon out.

As cool as these color-coded lizards may be, in their default forms they lack any of those special traversal abilities that Pokemon Legends: Arceus' various mounts provided. Over time, Koraidon and Miraidon will learn to swim, fly, and all those fun things, but even at the outset you can jump to small patches of land at the center of ponds and across cliffs of a certain size.

In other words, more of Paldea is easily reachable without cool upgrade abilities than first meets the eye. Just don't get too flustered if the words 'you managed to scramble back to land' pop up a few times before you time that leap across (oh no!) three meters of shallow water just right.

Your Pokedex Rewards Your Every Effort 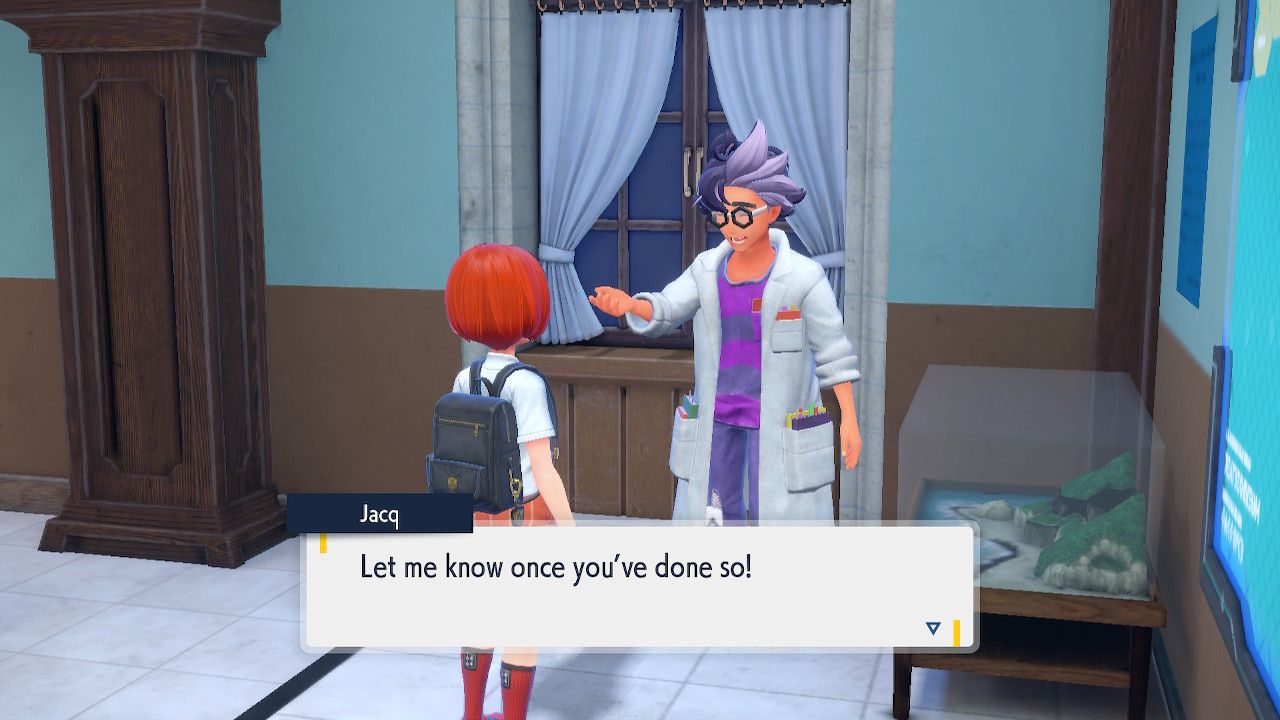 Time was, filling up your Pokedex gave you a few rad goodies from Professor Oak's aides scattered throughout Kanto. Apart from the pride of a job well done, that was pretty much that. In line with so many popular video games of today, Pokemon Scarlet & Violet manage to maintain a positive feedback loop by rewarding players for their effort on the regular, and a big part of that is through the Pokedex.

Press 'X' on your Pokedex menu on a routine basis, because you will steadily gain prizes for your Pokemon-chronicling achievements. Game Freak's done a nice job impressing upon gamers the importance of filling up that Pokedex, to the point that even those of us who tend not to care much about it have reason to change our minds.

Furthermore, make sure to talk to talk to Mr. Jacq at your school. Remember ten seconds ago, when we waxed nostalgic and showed our age reminiscing over Oak's aides? Jacq kind of fills that gap, giving you stuff to commemorate your Pokedex efforts.

Pokemon Dolls Are Actually Worth Buying 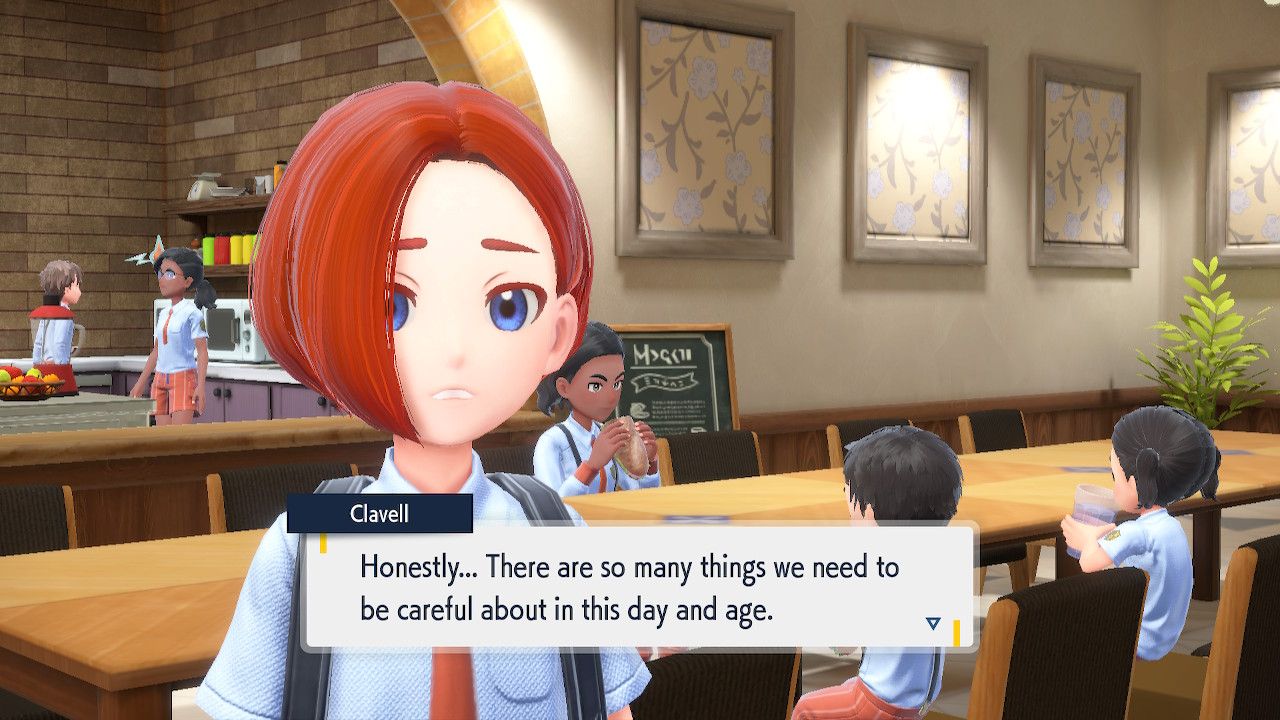 In theory, the idea behind Pokemon Dolls as a gameplay mechanic has always been enjoyable. There's something so very Pokemon about this notion that you can shove a cute stuffed plush toy in front of anything from a Weedle to a Garchomp and they'll be merrily distracted enough to let you sneak away if the foe is too strong to bear.

But how often have you ever actually needed to do so? A couple of times per game, maybe? Past Pokemon games have, either for their majority or their entirety, set players down linear enough paths that the likelihood of bumping into relatively high-level threats has been minimal. Add to that, frankly, it's been a long time since Pokemon games have given us any dungeons that are genuinely threatening in their own right.

In Pokemon Scarlet & Violet, you're going to take a 'wrong' turn sometimes, and you will run into some creatures who are mighty ready to rock you to the nearest Pokemon Center. If you don't want your poor darlings getting knocked out every time this happens when you're inevitably informed you can't escape, keep a tidy little stock of Pokemon Dolls around for good measure. 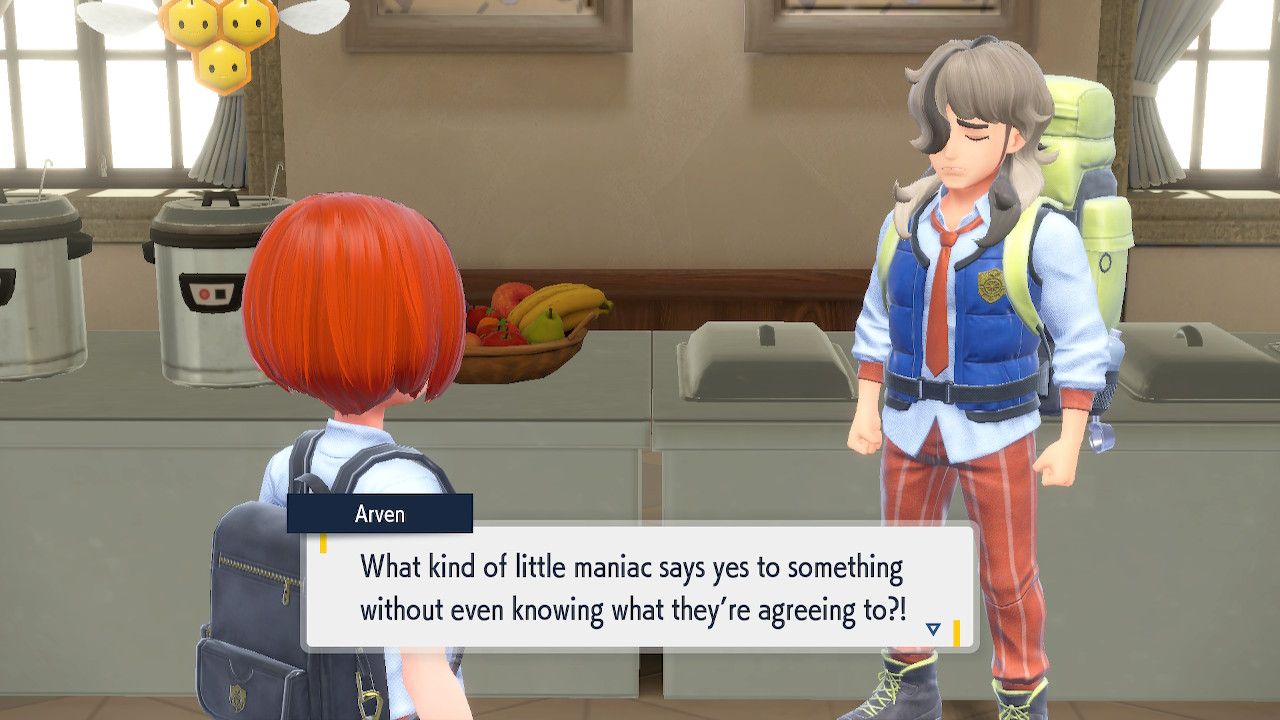 There's more to fellow classmate Arven than he initially lets on. In pretty much every sense, really. Even the main questline he introduces, with Titan Pokemon and the legendary Herba Mystica food ingredients, doesn't remotely hint that it's tied to unlocking your box legendary mount's traversal abilities.

That's right. Each of Arven's five Herba Mystica quests will grant Koraidon or Miraidon a new form of travel, gradually syncing players with all those traversal mechanics that Pokemon Legends: Arceus touted by its end. 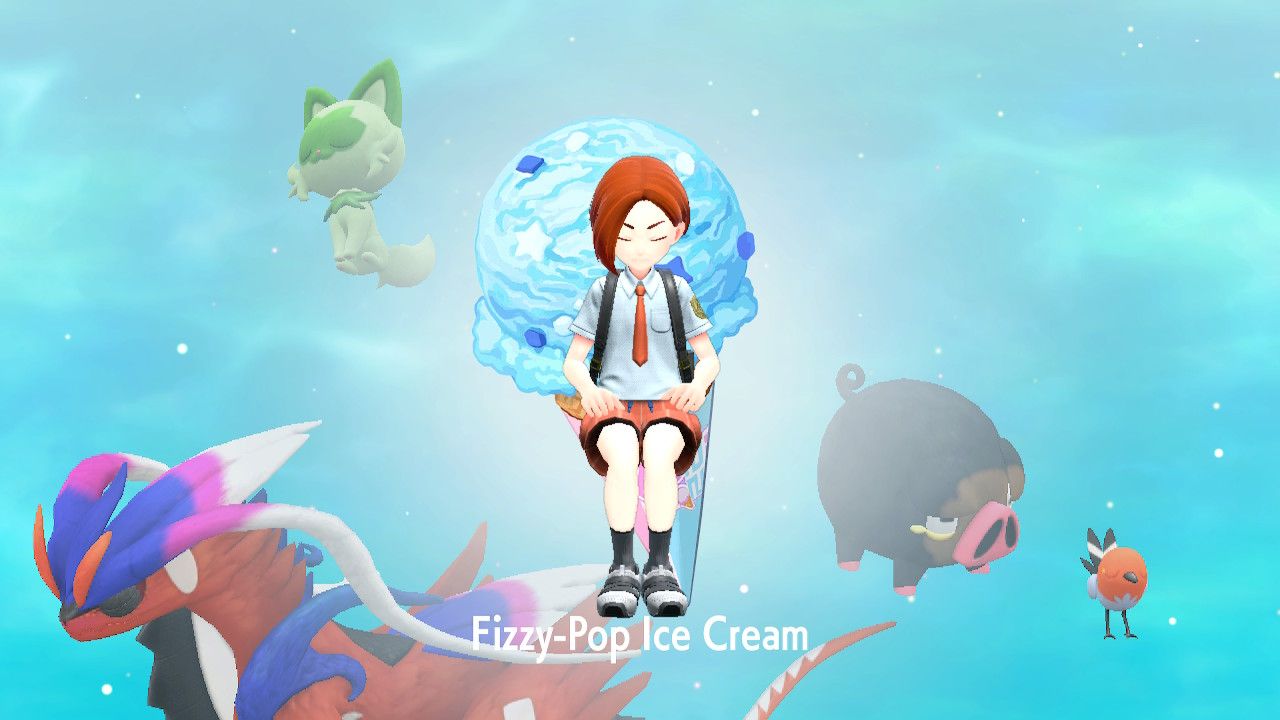 If you're like us, Pokemon's cute and cuddly affection-raising interaction mechanics have always been the sort of thing that, while fun and practical in purpose, you realy only mess around with once every several hours. We love you, Eevee, but there are only so many times per day we as human beings are going to get emotional satisfaction out of petting you, a not-real pet, until a heart appears over your head.

Scarlet & Violet's picnics are totally worth engaging in at least a couple of times per session, by comparison. On top of picnics being the new doorway into breeding in a world devoid of old-fashioned Daycare Facilities, the sandwiches and other tasty recipes you craft can help immeasurably, like boosting Experience Points gained and increasing the catch rate for specific Pokemon types. 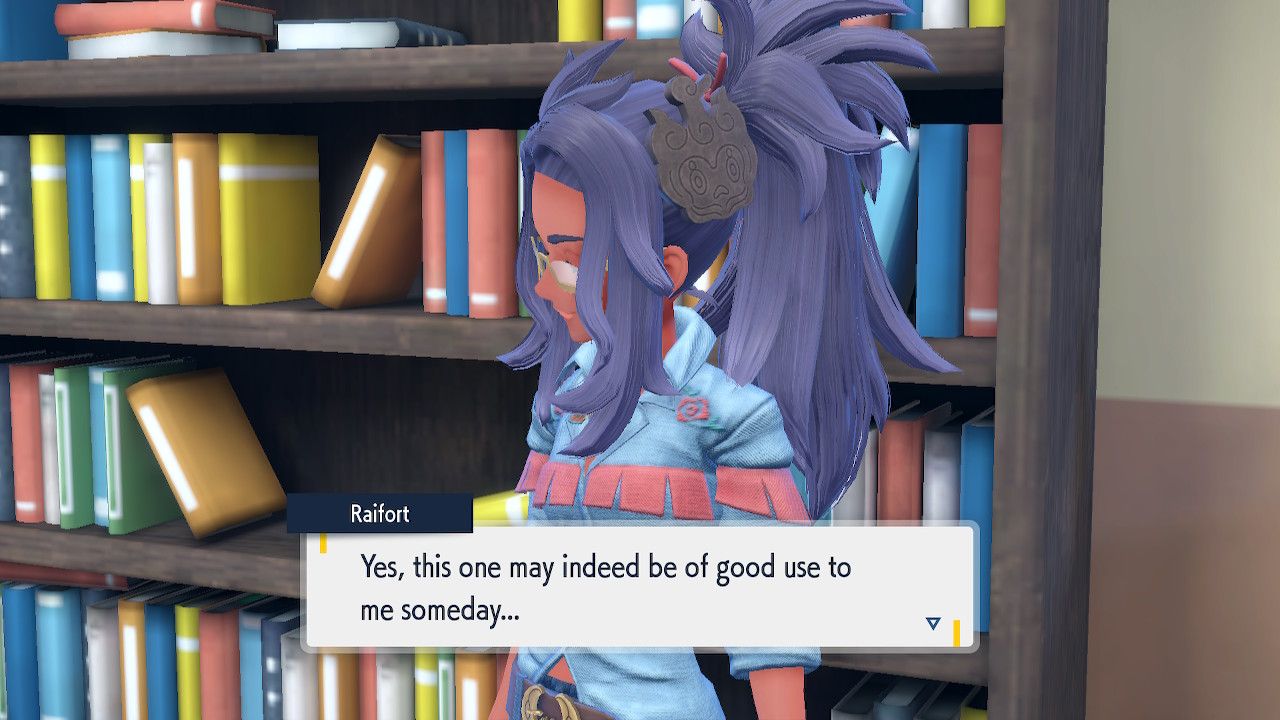 The half-joke comparison everyone's been making to this one is the Persona series, and no, Pokemon Scarlet & Violet never go quite that deep into it, but the various teachers at school can be befriended in vaguely Persona-like social links. Between classes, be sure to stroll around Naranja/Uva Academy, chatting them up.

The game will even tell you when you've grown somewhat closer to your professors, and you'll earn some neat rewards along the way for your efforts. It's an additional incentive for taking the time out of your busy adventure to attend classes, which you should also totally do because not only are they entertaining, they're also informative.

Have You Been Having Some Nice Battles? 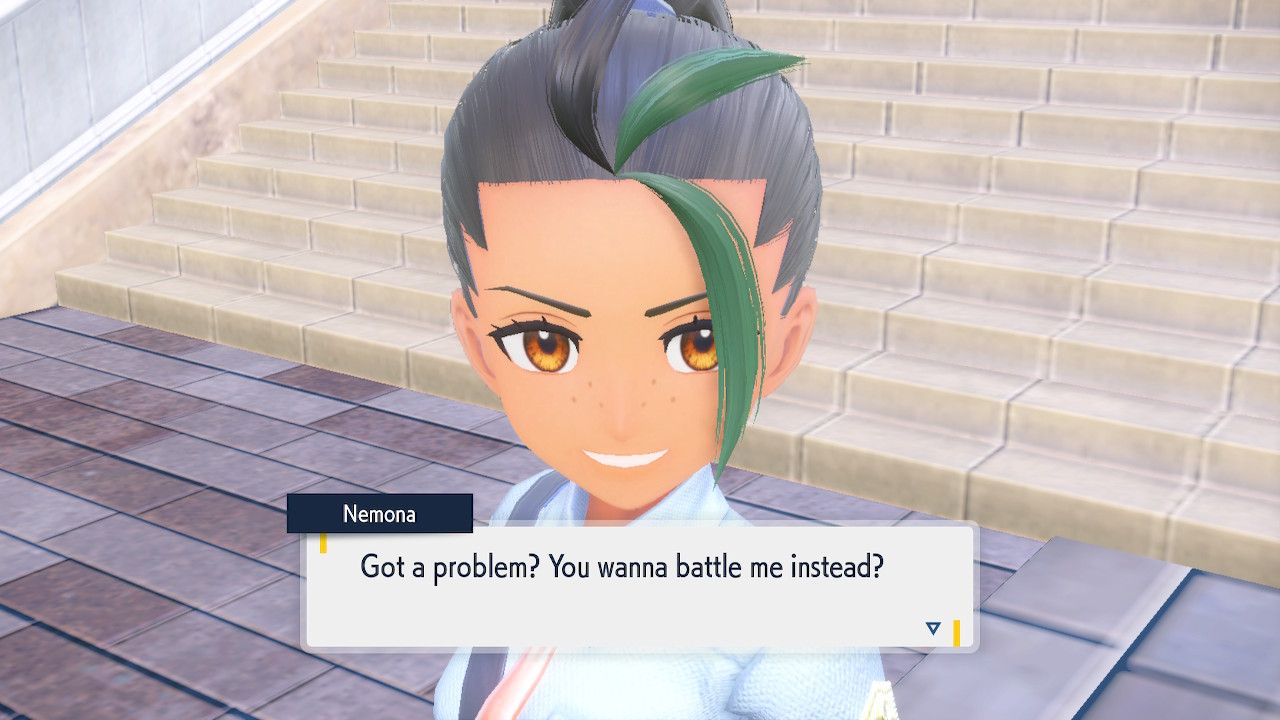 Here's a question you'll get asked more than once. At Pokemon Centers strewn throughout Paldea, there will be NPCs with this inquiry (or its derivatives). They challenge you to seek out and defeat a set number of Pokemon Trainers in their immediate vicinity, heightening the rationale for battling other characters in a game that makes conventional encounters entirely optional for a change.

You don't need to talk to these folks before you start the fights, so don't worry about the nitty-gritty. Just make sure you take a sec to chat with them when you're healing and buying items, because you'll miss out on prime prizes, otherwise.