Despite its blocky quirkiness, the world of Roblox is inhabited by several spooky horror games. While the majority of them are still family-friendly and suitable for all ages, there are a few that are quite unsettling and intense. Some of them are not recommended for younger children.

This article will offer up some of the best current horror games in Roblox, and also let you know which ones you should be playing and which ones you probably shouldn't. Check out this guide to the parental controls in Roblox for more information.

We added two new of our favorite horror games in October, 2022, which is spooky month after all! 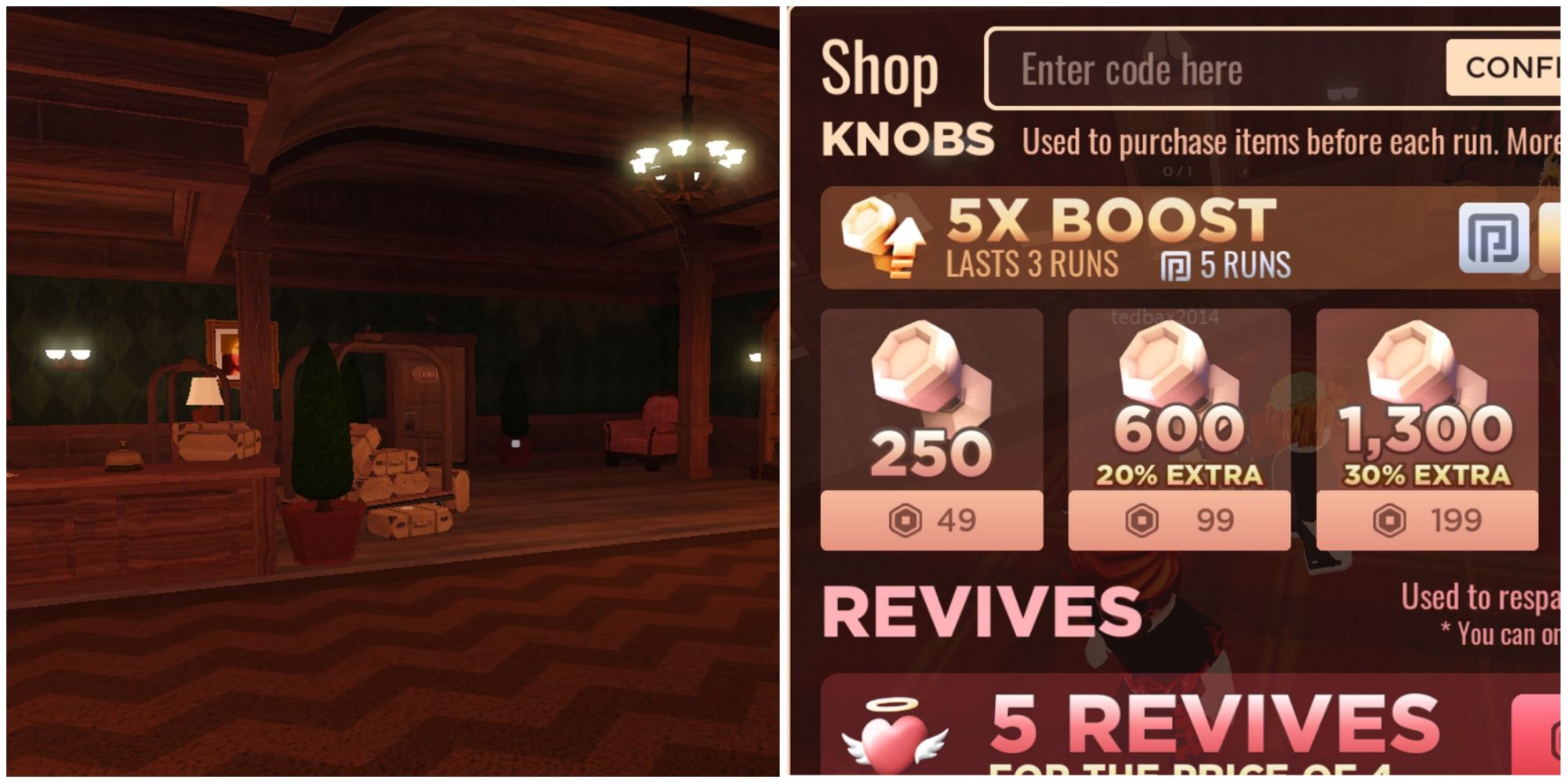 Doors is a Roblox sensation – a brilliantly designed horror game with puzzles, ongoing challenges, and plenty of spooky fun to be had with your friends! It's one of the spookiest horror games we've seen for ages, and we won't spoil it any further except for telling you to go and play it. Lights off, headphones on. You won't regret it. This adventure is perfectly timed to be enjoyed at Halloween. 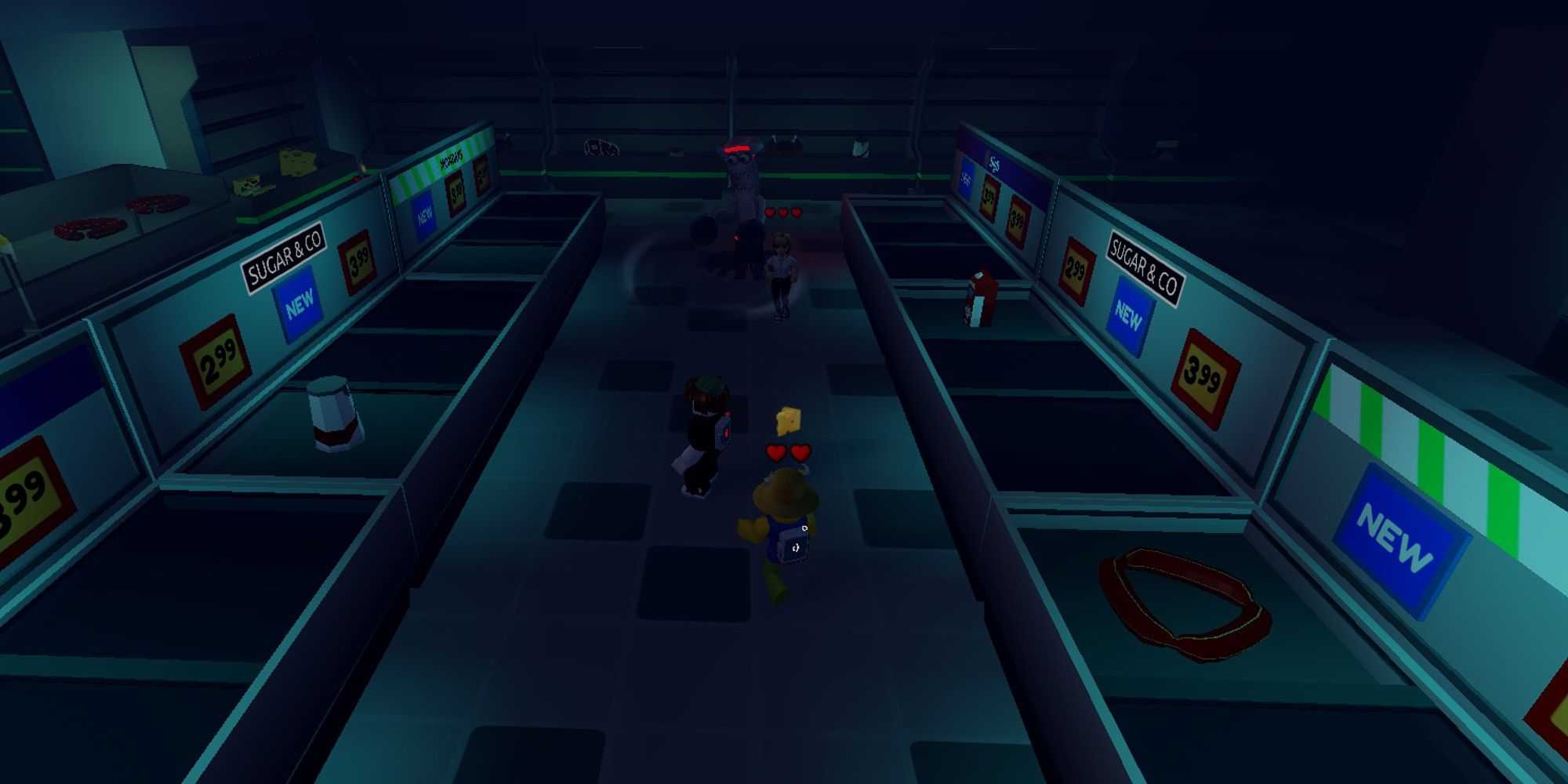 Panik is a heart-thumping escape-the-evil-robot game played in a dark, spooky supermarket. Your task is to collect as many of the useful supermarket items as possible (you have a shopping list to work from!) while being hunted by a robot that has malfunctioned and wants to turn you into Roblox-character rice pudding. There are cosmetics, new maps, and more, in what is one of the most adrenaline-pumping games on this list. Hold it together and try to escape the supermarket! 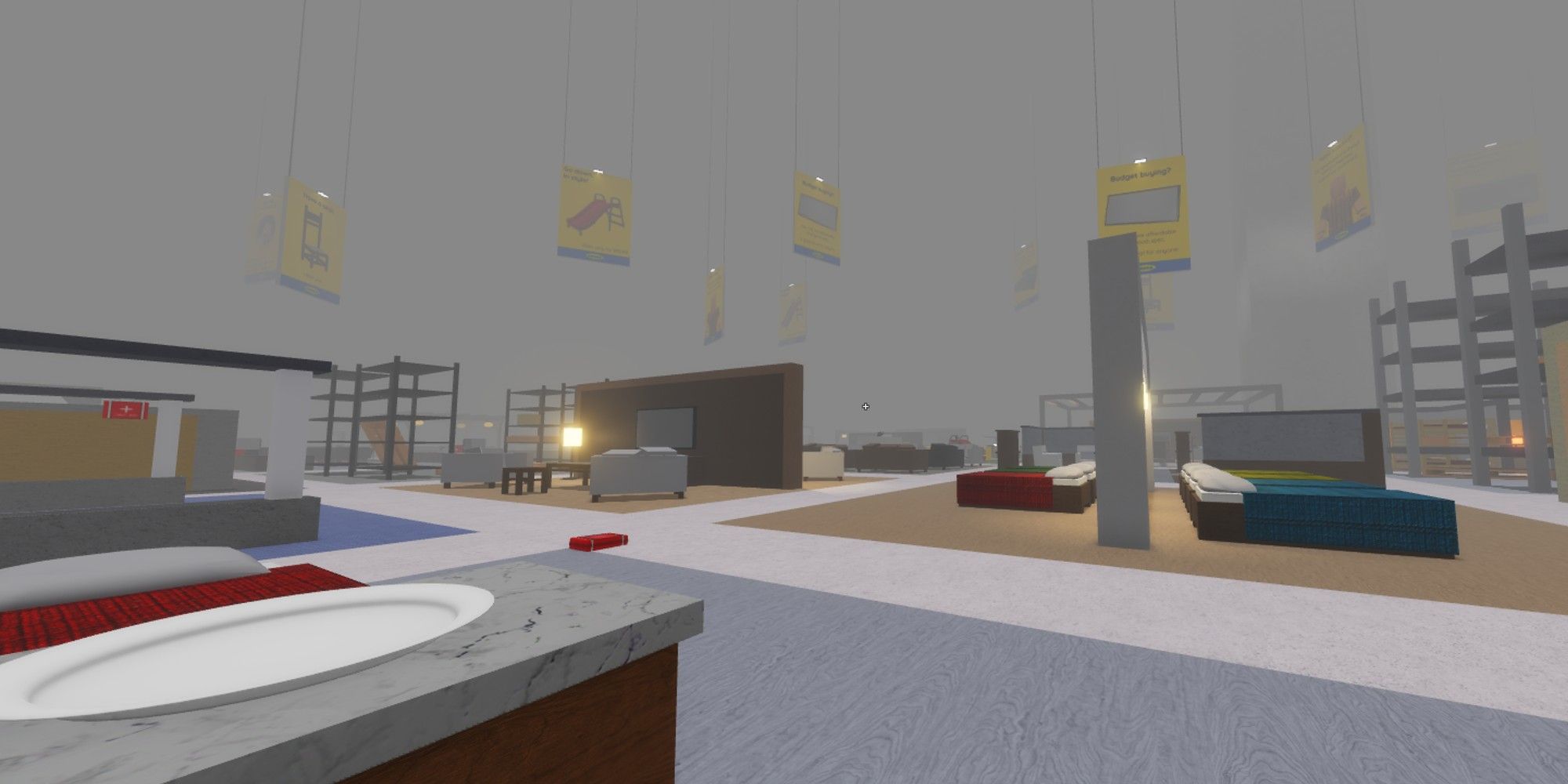 3008 is the most popular Roblox horror game by some margin. It's an SCP game, which is based on the classic game SCP – Containment Breach. You are inside an infinite IKEA – yes, that already sounds horrifying, but there are other challenges you'll face during your time in the dark. The best part of the game is being able to pick up pretty much everything and build an entirely custom area! Build a base, try to find other players, and, most importantly, SURVIVE. Check out the game here. 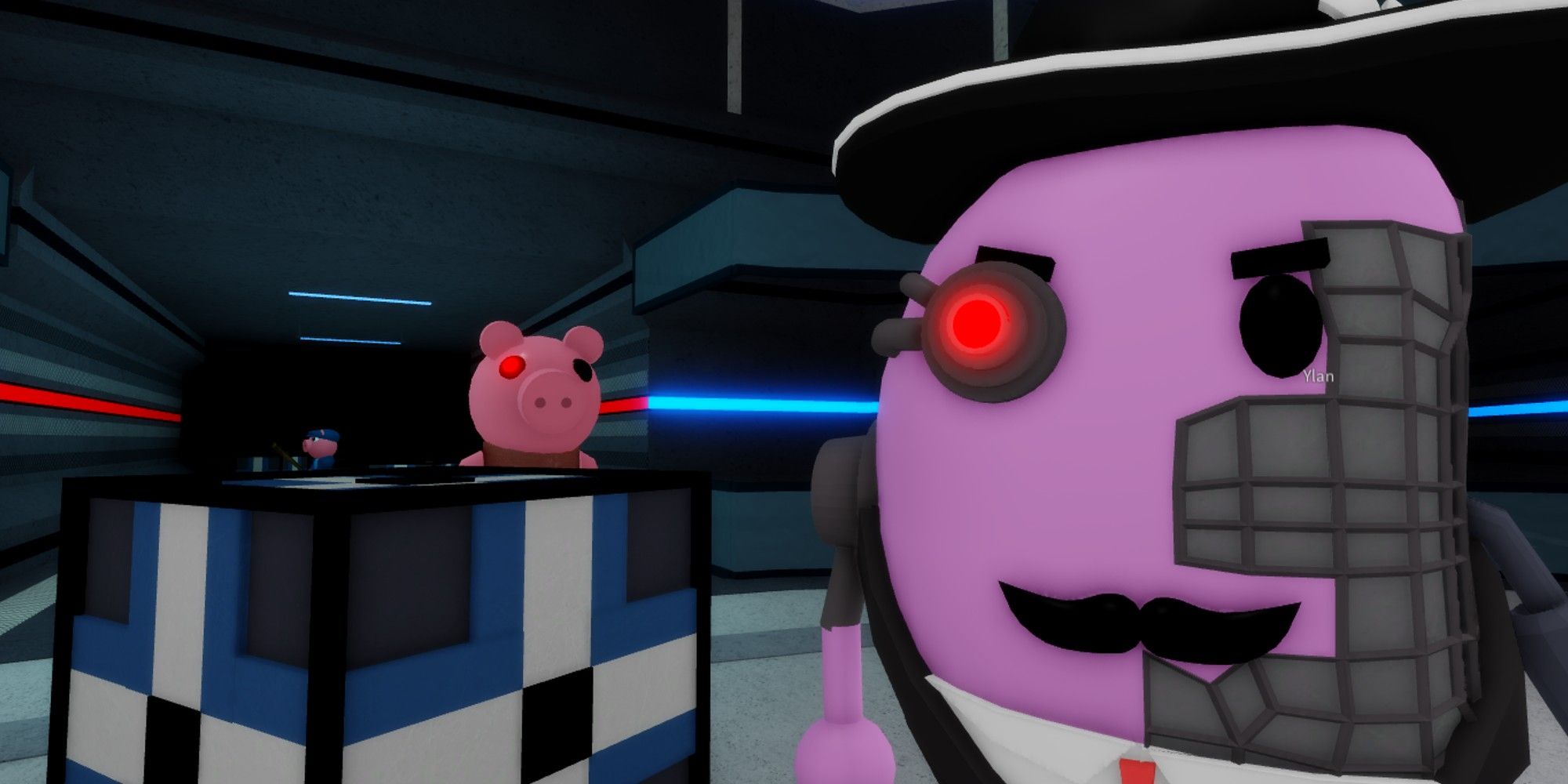 Another Roblox classic, Piggy has featured on several versions of our favorite Roblox horror games list. This is a brilliant game because it is so simple. You have a limited time to escape Piggy's grasp. The pig is always hunting. It is always chasing. Join up with your friends (it's one of our favorite games to play with pals) and see if you can escape. Good luck out there! Play the game here. 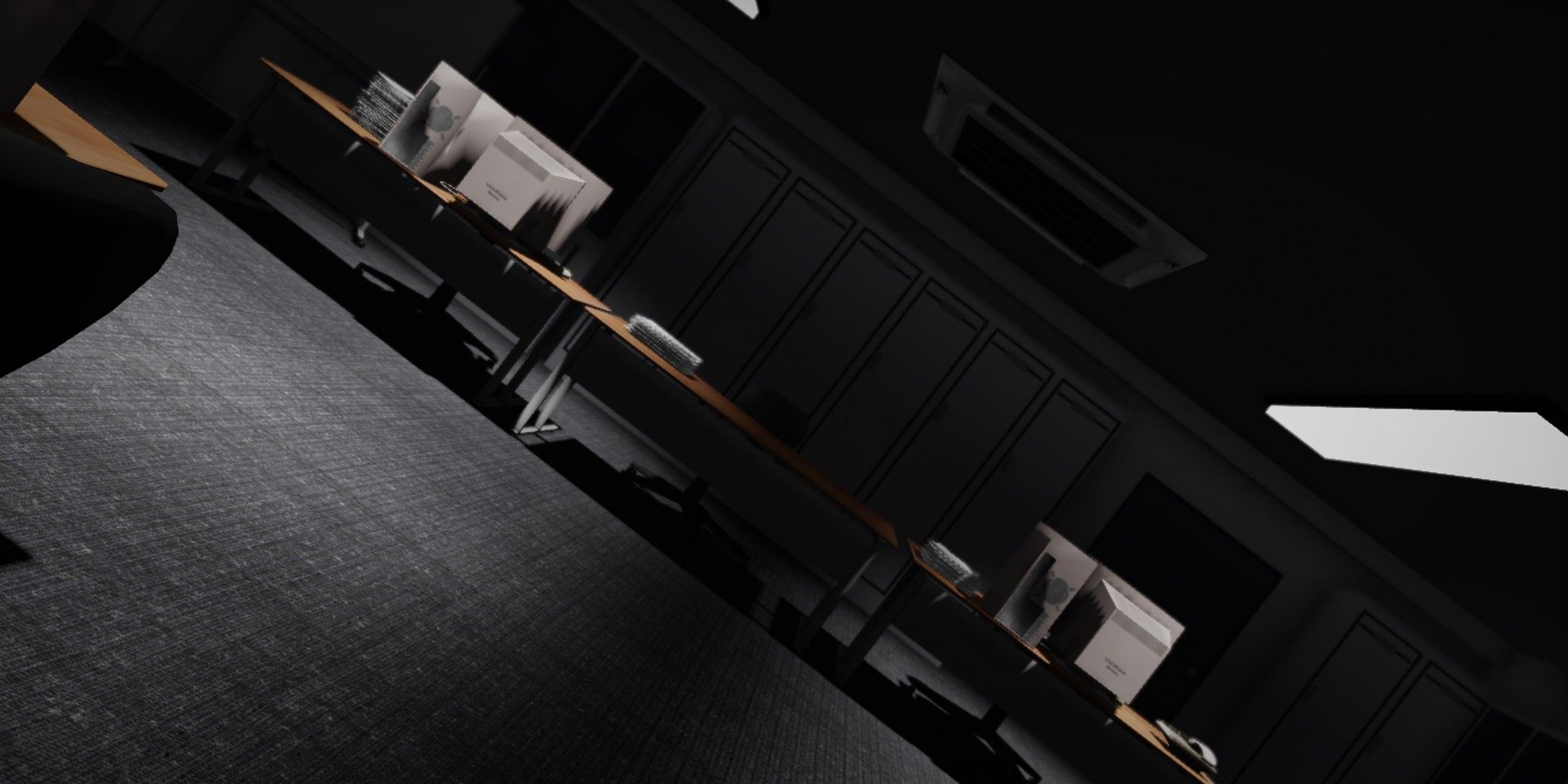 The Mimic is actually really quite scary. You'll join up with a small team to tackle the various chapters, and you're going to have to look out for each other because it's dark and spooky out there. The jumpscares are not for the fainthearted. We also recommend you wear headphones while playing for the extra scariness. Check out the game here – and bring your pals! 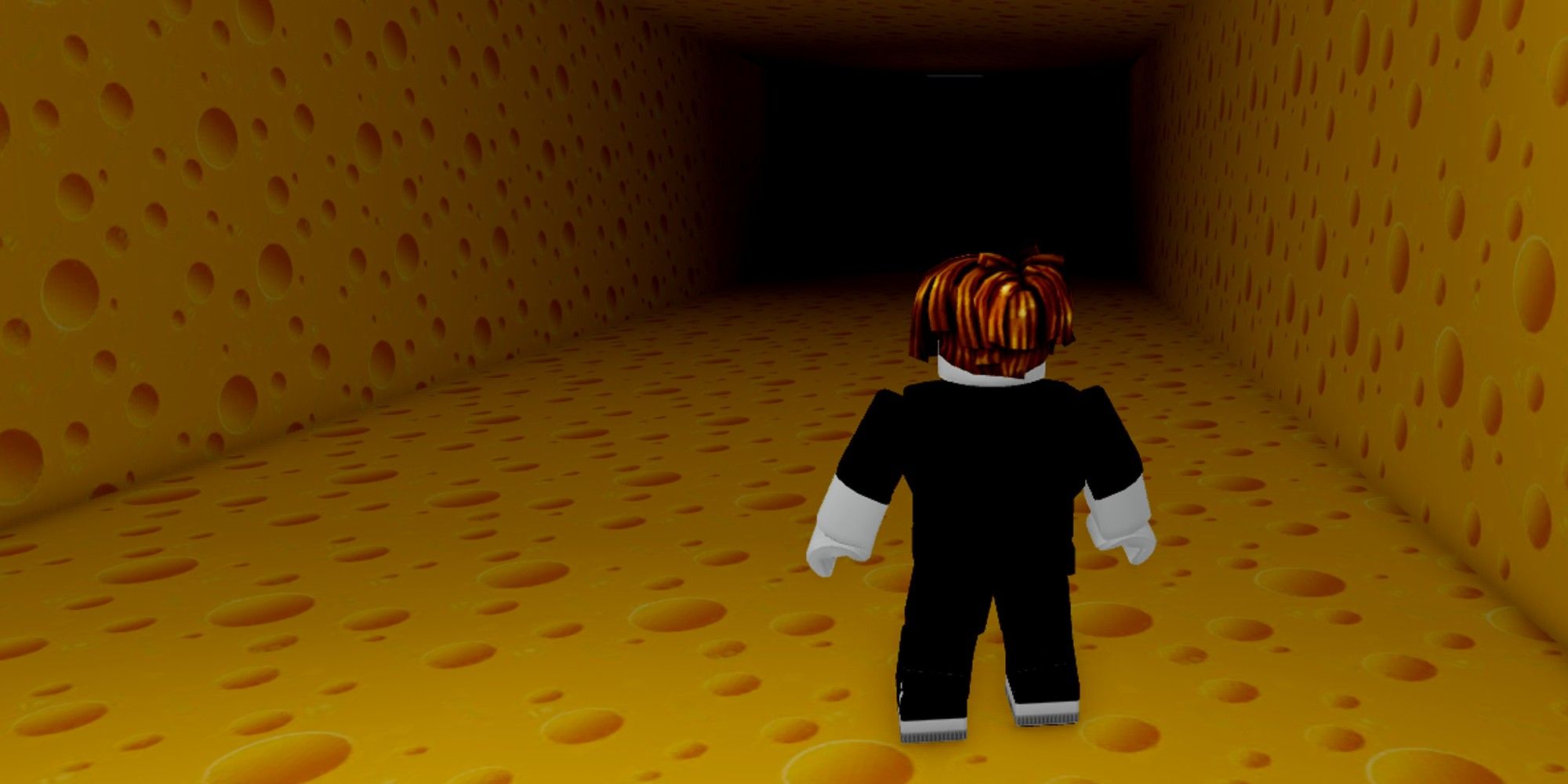 Cheese Escape is a pretty ridiculous Roblox game, but it's quite popular right now – the aim is to escape from a horrifying rat that chases you around a world of cheese. It's pretty silly, but there's something about that rat's evil eyes that is pretty unsettling. Long dark corridors of cheese. Check out the game here. 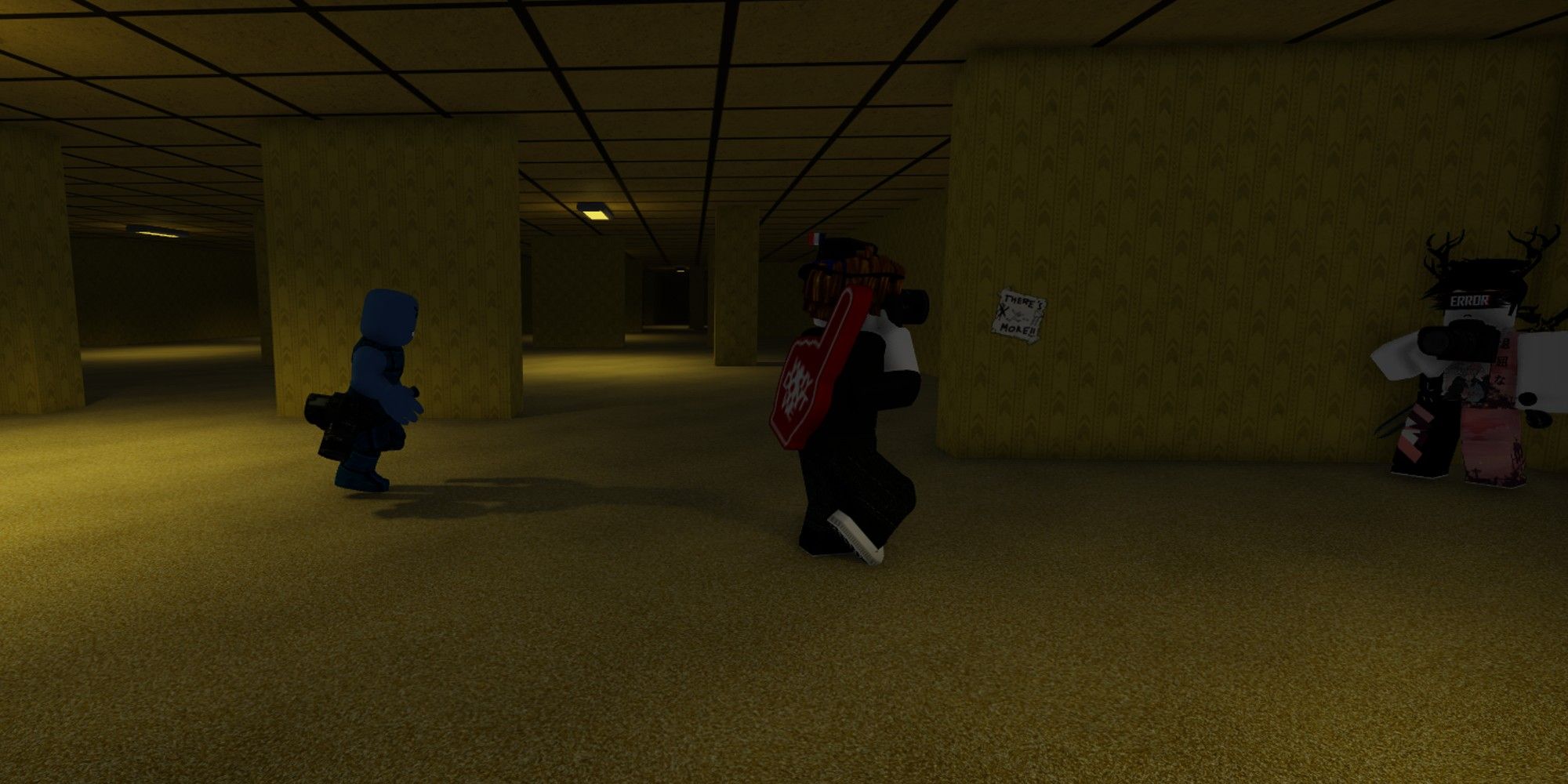 Apeirophobia means a 'fear of infinity', which is what you'll face in this endless Roblox game of dark rooms and complex puzzles. It's essentially a team-based escape room game, but there are creepy monsters and jump scares along the way. Other warnings include flashing lights, strong images, and gore, so it's definitely not for the easily scared. The game is still currently in Alpha testing, but you can check it out here. 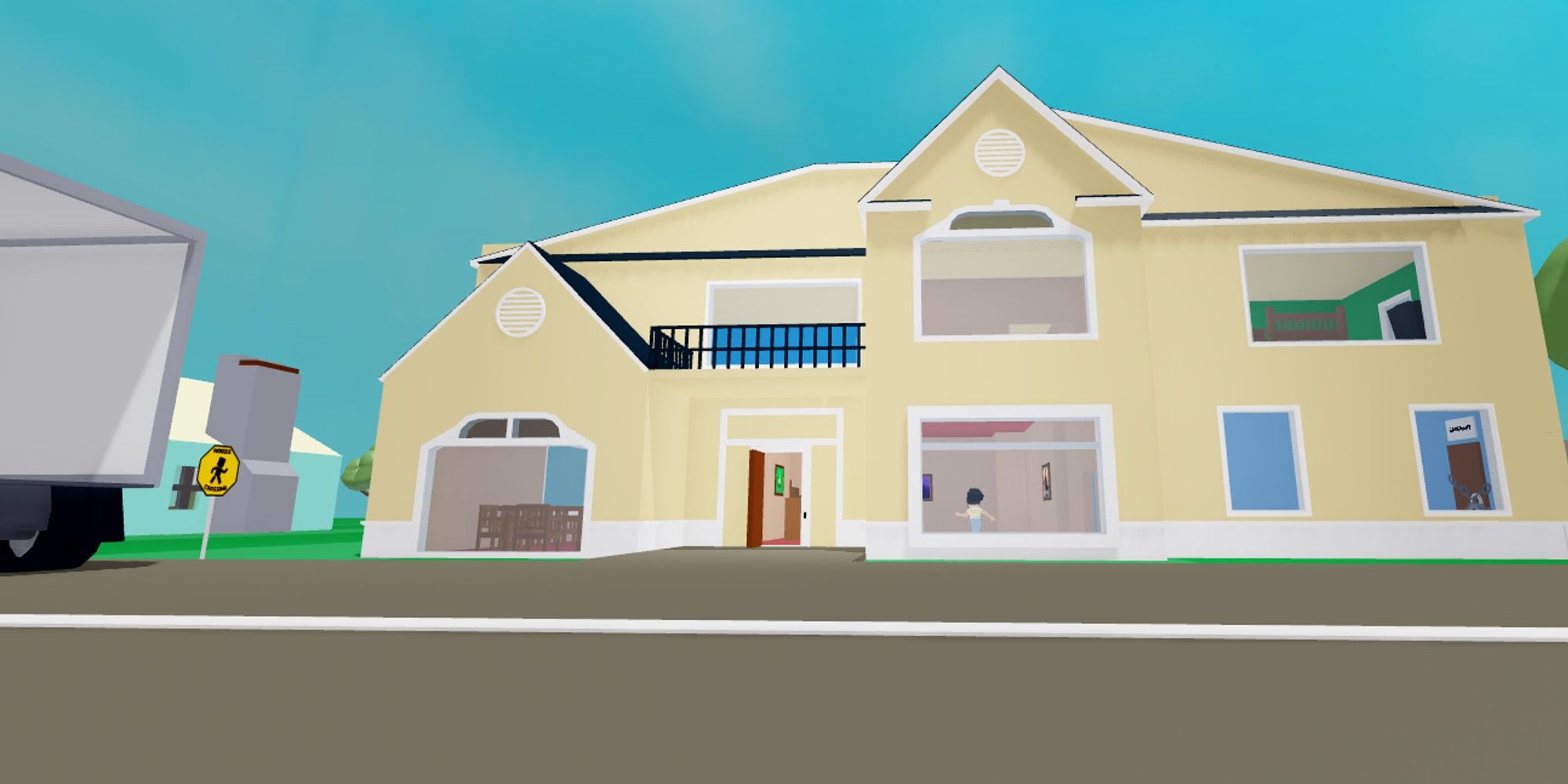 Break In is a story-driven horror game where you start out in the back of a moving truck – it's moving day, and you're off to a brand-new home! You'll join up with a bunch of different players that have either chosen to be a kid or an adult, and the game will change in difficulty depending on what you choose. Although the game starts out bright and jolly, things quickly turn to the more horrific side. It's a dark house, empty and scary. Bring your friends for this one! Check out the game here. 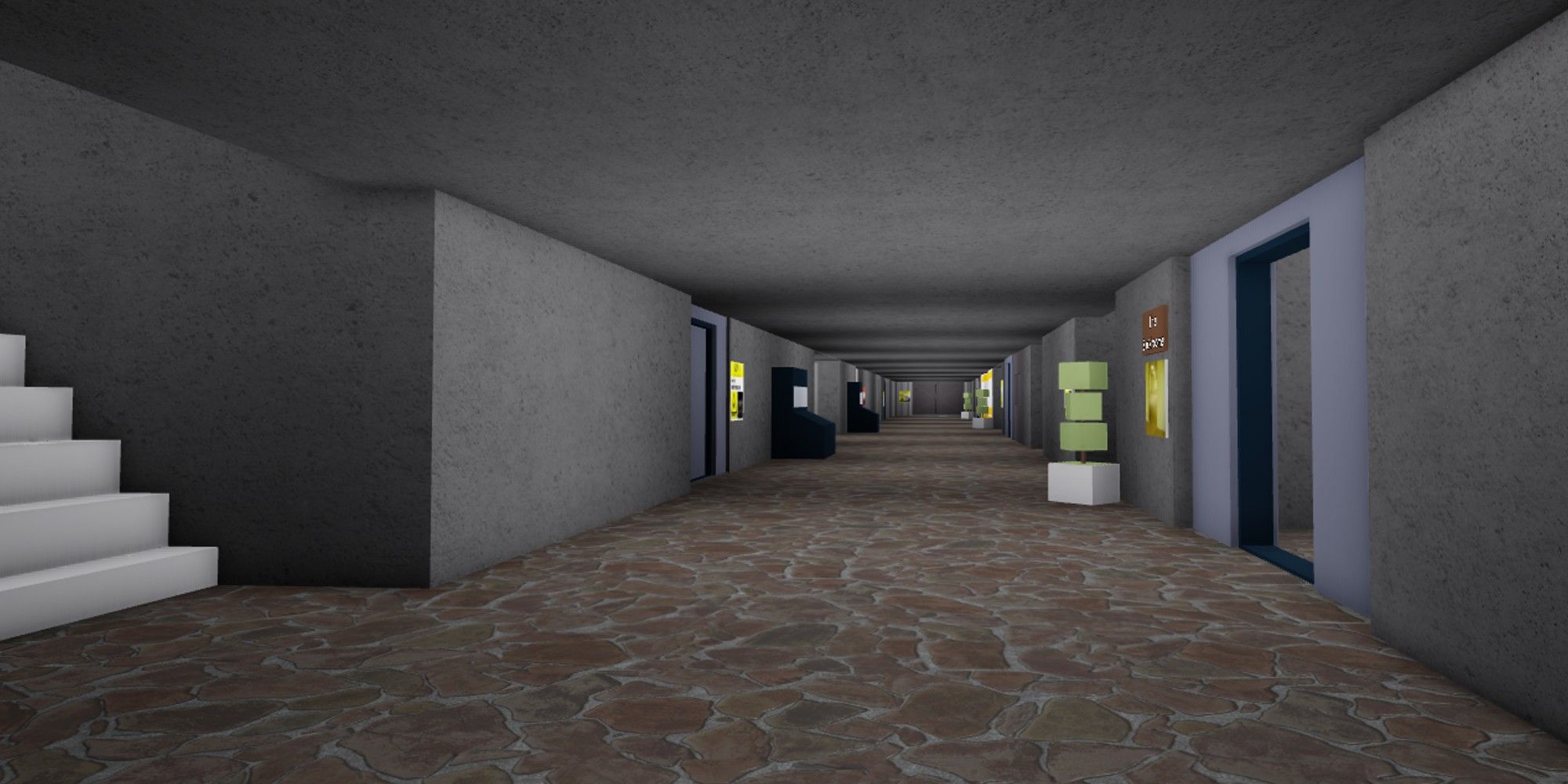 SCP games are all the rage on Roblox, and they have been for quite some time. This game gets straight to the point with a bunch of scary SCP rooms and monsters. It's one of the original Roblox SCP games and remains one of the most popular to this day. You can even become your very own SCP monster in this game. Definitely worth checking out if you're a fan of horror or the genre! Check out the game here. 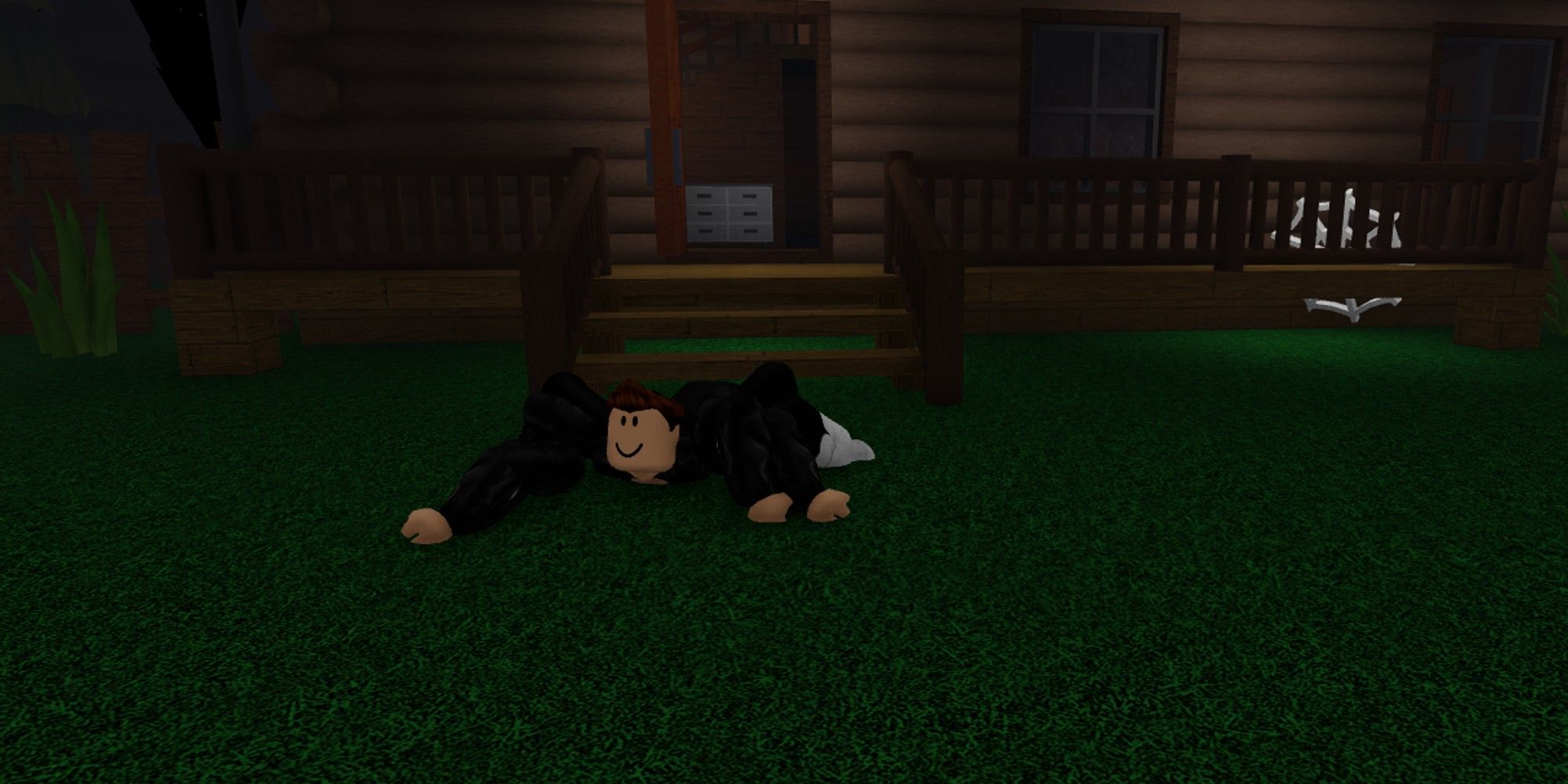 Warning: do not play games if you do not like spiders. Okay, now that's out the way, this game is extremely simple and yet still completely terrifying because it's a giant spider! We won't spoil much more about this game, but just know that you'll need to get your speedy kicks on to outrun this spider. Scary, but if you play with your friends, it actually gets pretty funny. Check out the game here. 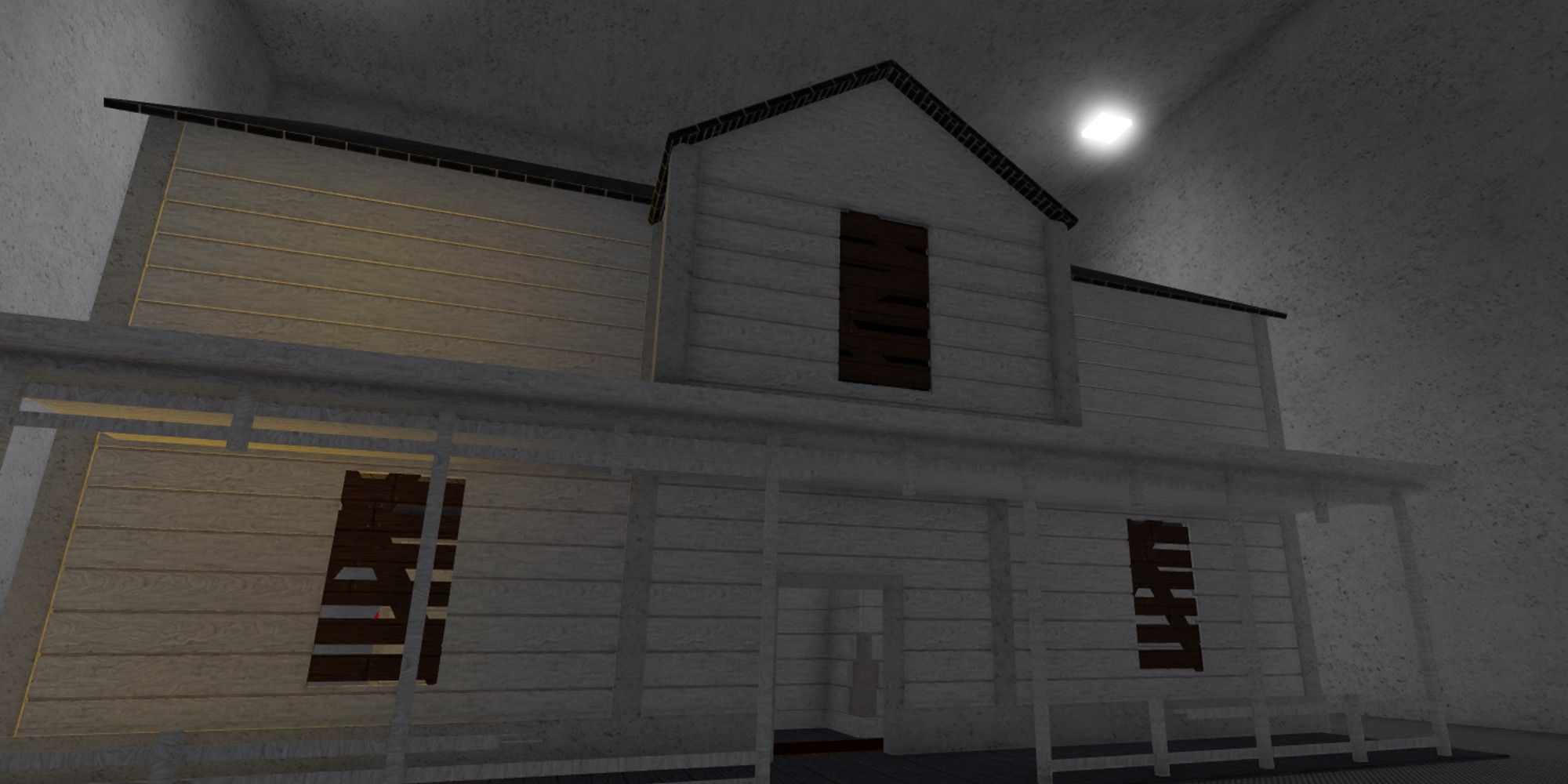 Basically a zombie game, Infectious Smile is all about running away from smiling, creepy weirdos! There are two teams – the smilers, and the people trying to run away from the smilers. You can choose to be on either side, but if you are running away that means you'll need a weapon! Players will keep chasing you around and catch Once they do, you better hope there's a friend nearby, otherwise it won't be long before you're smiling too. Check the game out here. 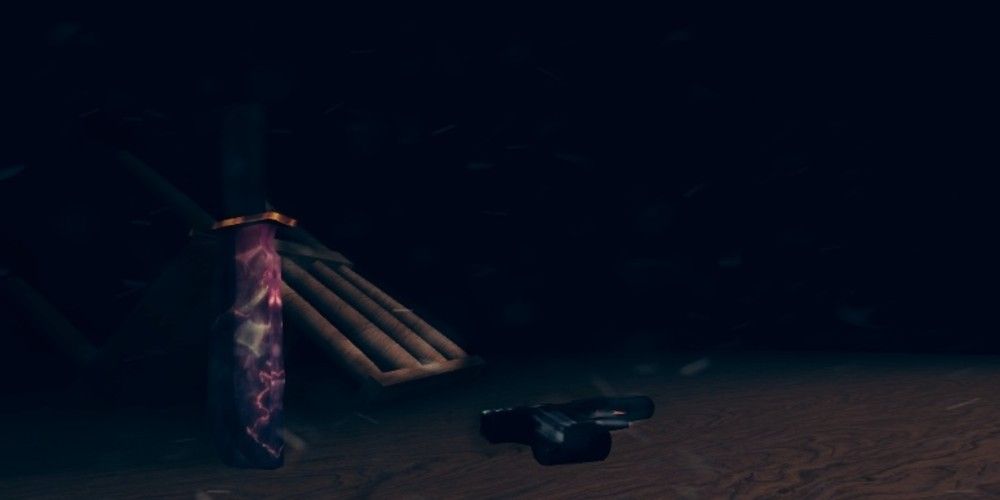 Breaking Point is a 'werewolf' game where the players are all trying to get each other out. The last person standing on the table is the victor! It's a spooky game of social deception and one of our favorites to enjoy with randoms or with friends.