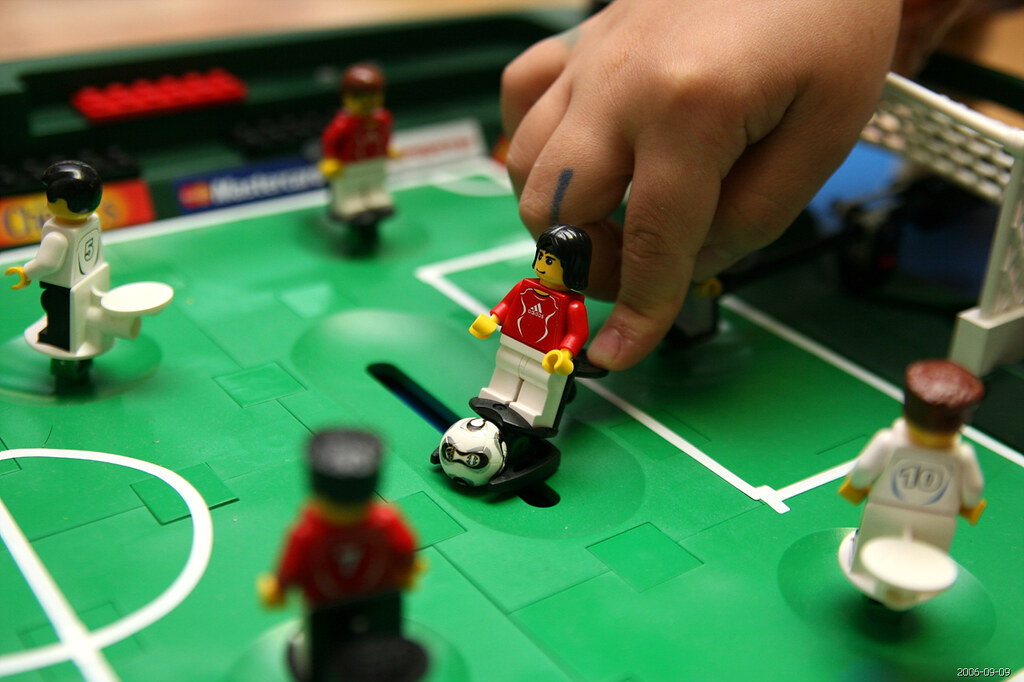 A new leak suggests that 2K is working on a new series of sports game with Lego, including an open world racing game.

The question of whether this year’s FIFA game will be called FIFA 23 or EA Sports FC remains unanswered but there have already been rumours that other, including 2K Sports, are planning to create their own rival titles.

2K was already rumoured to be discussing buying the FIFA licence, instead of EA, but a new rumour from website VGC suggests they may be seeking a different, and rather more unexpected collaboration… with Lego.

According to the report they’ve signed a ‘multi-game partnership’, as Lego’s exclusivity deal ends with Warner Bros. and TT Games, who are normally responsible for titles like Lego Star Wars.

The fact that the Lego licence will no longer be tied up with just one company is interesting enough (especially given Lego’s recent collaborations with Nintendo) but apparently the first game with 2K will be a football title made by British studio Sumo Digital, who have worked on everything from Crackdown 3 to Sackboy: A Big Adventure.

The game will supposedly be released later this year, to coincide with the FIFA World Cup – although it seems unlikely to have the official licence.

Following that is an open world Lego racing game for 2023, that is being made by WWE 2K and NBA 2K developer Visual Concepts, who only last week revealed via job ads that they are working on an ‘open world driving game with a major licence’.

A third sports title is also thought to be in development, but there’s no further information on what it is or who’s making it.

Apparently, all of the games are likely to include cameos from licences that Lego currently owns, including Marvel, DC Comics, and Harry Potter.

Lego only occasionally makes real world sports related sets but they do currently have a range of stadium sets that so far includes Old Trafford, Camp Nou, and Santiago Bernabéu Stadium.

The same source claims that there is one more game to come from Warner Bros. and TT Games after Lego Star Wars: The Skywalker Saga this April, although there’s no indication of what it is.

It’s also unclear whether Warner Bros. will continue to make Lego games after the exclusivity deal ends. Previous titles have been highly successful, but the market became oversaturated and the new Lego Star Wars title is the first in many years.