The Unliving is a Roguelike game developed by RocketBrush Studio and published by Team17 Digital. In the game, you can play as The Necromancer to raise an army of the undead from the enemy's corpses. There's something ironic about using their own bodies against them as you progress through a raid.

While it feels great to control a whole army that does anything you want on command, the game has a few areas where it can improve to provide a better player experience. You might also benefit from knowing all these things if you're planning to dive into the game.

6/6 Better Control Over The Undead 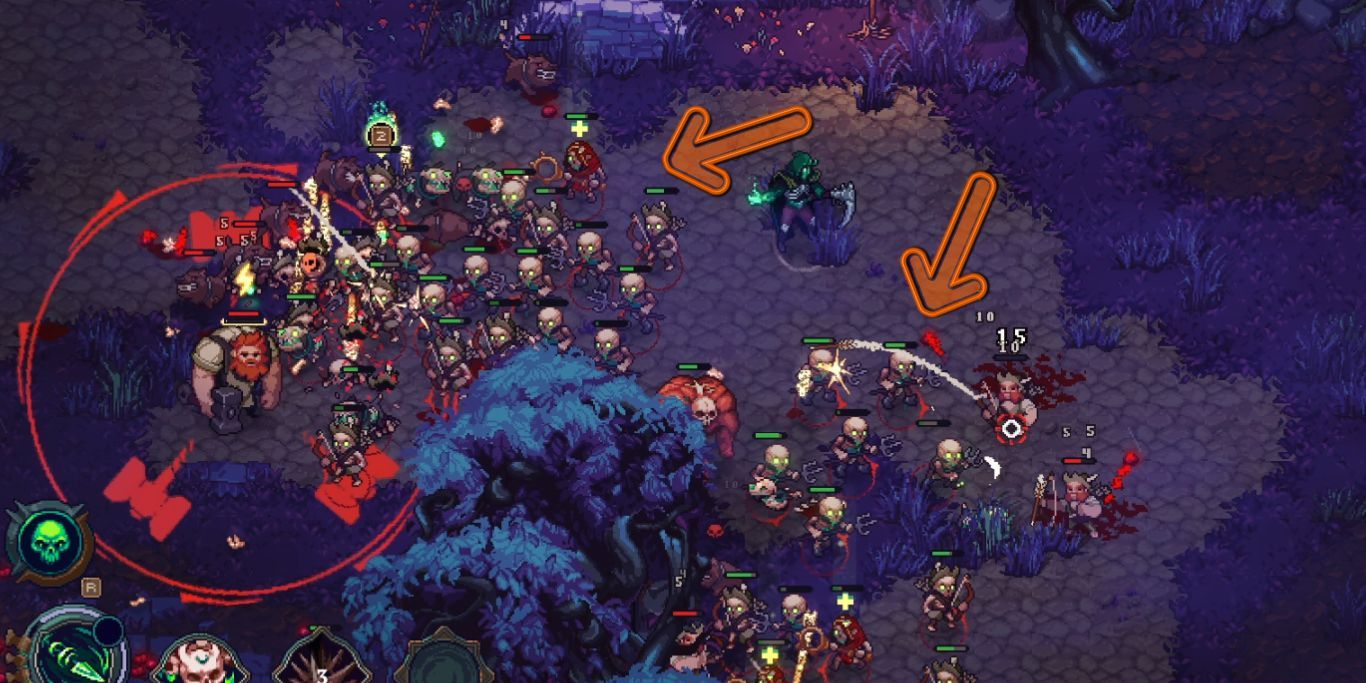 The undead are the biggest part of the game since you rely on them to fight humans that have the sole purpose of draining the life out of you. When that's the case, it can be quite annoying to have scenarios where the undead won't listen to your commands, and will quite literally go rogue.

This happens mostly when you're being attacked by two different groups of enemies from different directions. Usually, the undead divide themselves into groups to tackle both sides, but this is not a good thing. Ideally, you'd want all your undead to focus on the weaker enemy group so you can increase their numbers for the harder one.

Currently, the best thing you can do in this situation is to call the undead back to The Necromancer and then point them in a certain direction.

5/6 Some Sort Of Mercy System 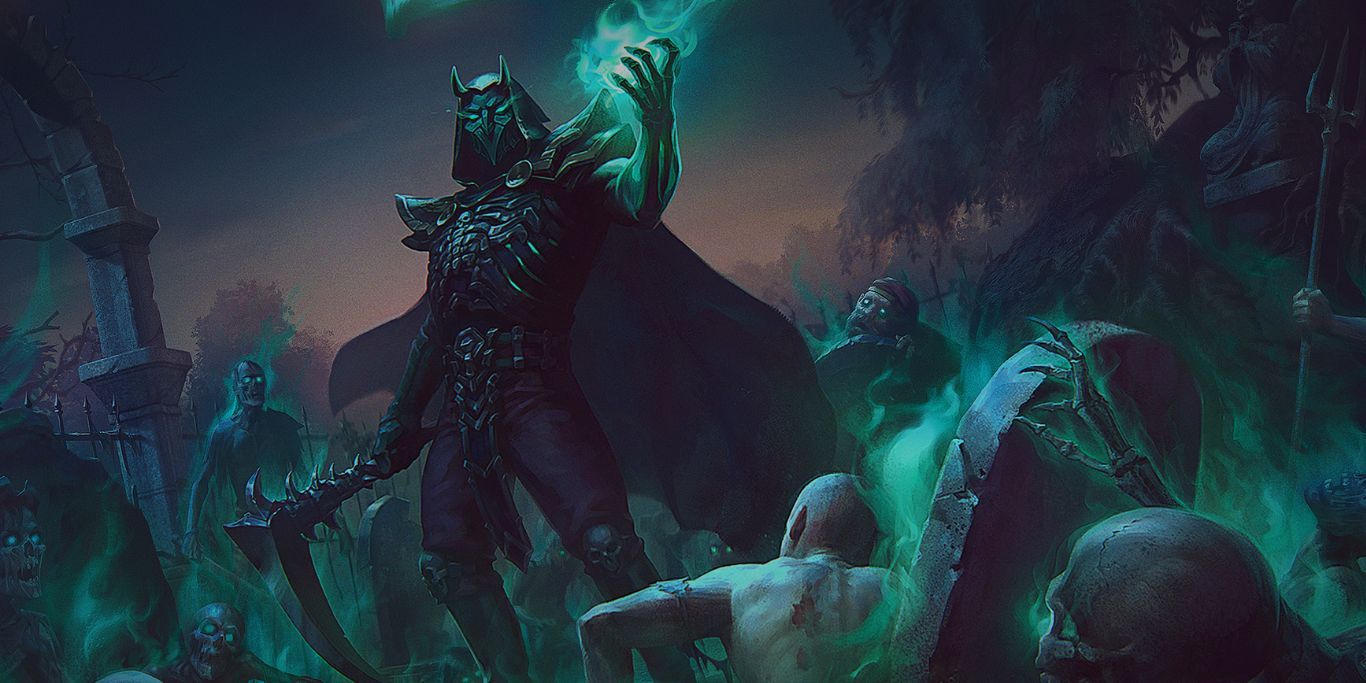 The Unliving is a Roguelike game, and it's normal for these kinds of games to have a lot of weight every time you start the raid. This is because if you end up being defeated, you have to start all over again from the beginning. There are no checkpoints, even if you beat one area and fail in the next one.

You can get better spells and sacrificial runes in the Edge of Immortality every time you finish a run, but some sort of mercy system can make the game feel much better. It already requires you to finish the Apotheosis part (the final room in Burial Isle) multiple times to get the first shard.

There are a few ways to solve this, the first one being a method to resurrect yourself once. You collect multiple currencies like gold coins, Ash, Arkhe, and Prima during your raid, and you should be able to use these to give yourself another life. Another way to solve this could be to give players a checkpoint at the end of a certain area after they beat it multiple times. 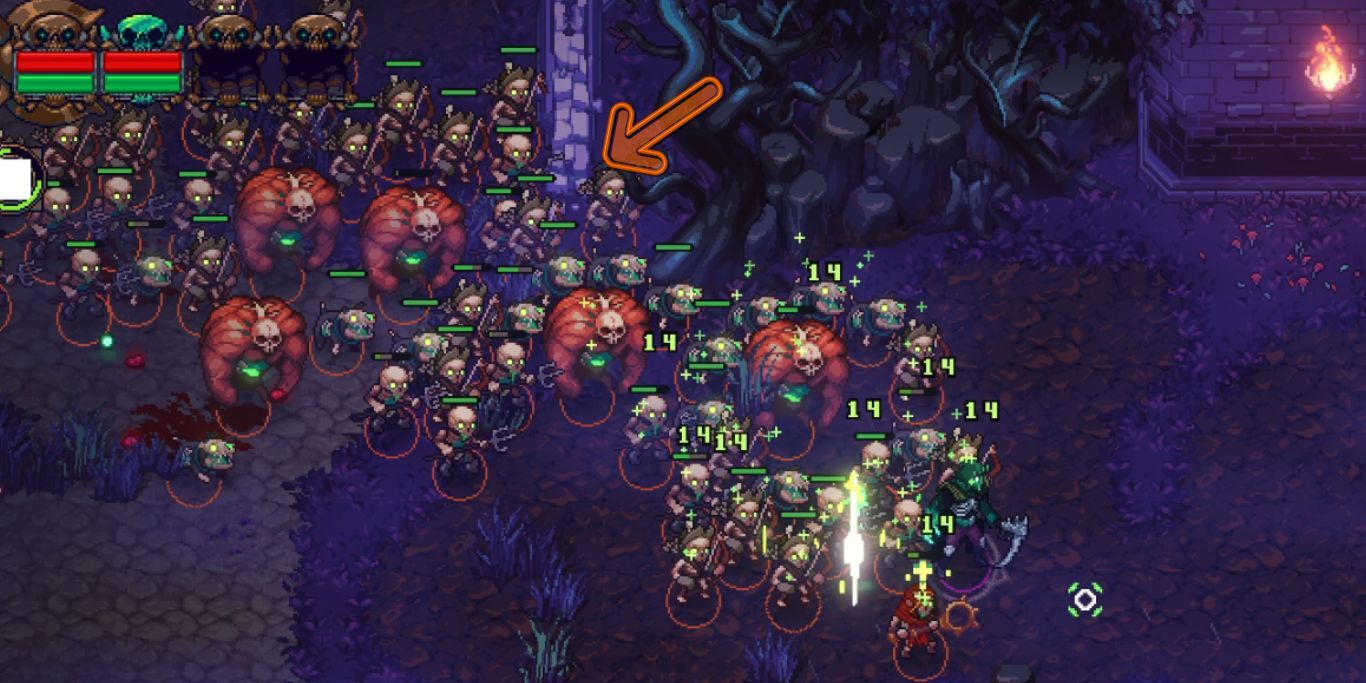 It's not a big deal to have an army of over 80 to 100 undead even in the first area of The Unliving. While it feels great to have an army this big, the problem starts when each of your soldiers has a hitbox, and they can't run into each other. As you can see in the picture above, small spaces can be particularly annoying because of this.

There are multiple tiny pathways in the game, and the undead will follow you through them slowly because they can't fit all at once. Furthermore, if there are some barricaded enemies past one of the small spaces, you'll have to direct your army in front of them first if you want them all to attack. Not doing this will result in half of your army just standing still and watching.

The harder fix for this would be to go over multiple maps and re-design them while removing all these small spaces. But the developers can also remove the undead's hitbox, even though this can lead to some other problems. 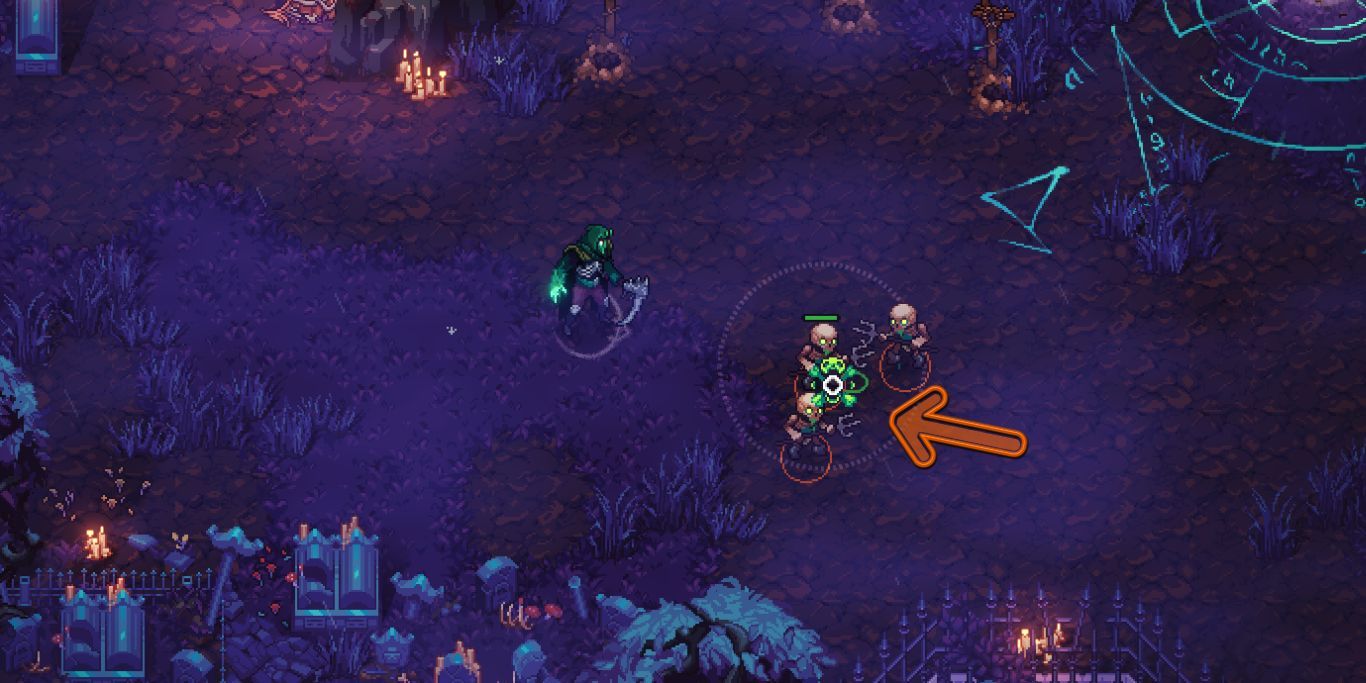 One of the most frustrating aspects of this game is sacrificing an undead by mistake when you simply wanted to command your army to move to a location. This is because the button to move your army at a specific location is the same as sacrificing the undead when your cursor is hovering over them.

There are multiple scenarios where a part of your team is fighting the enemy, and you'd like the rest of your army to help. But instead of doing that, you'll end up sacrificing an undead unnecessarily. To avoid this, both of these functions need to be allocated on different buttons.

2/6 Environmental Trap Positioning Can Be Better 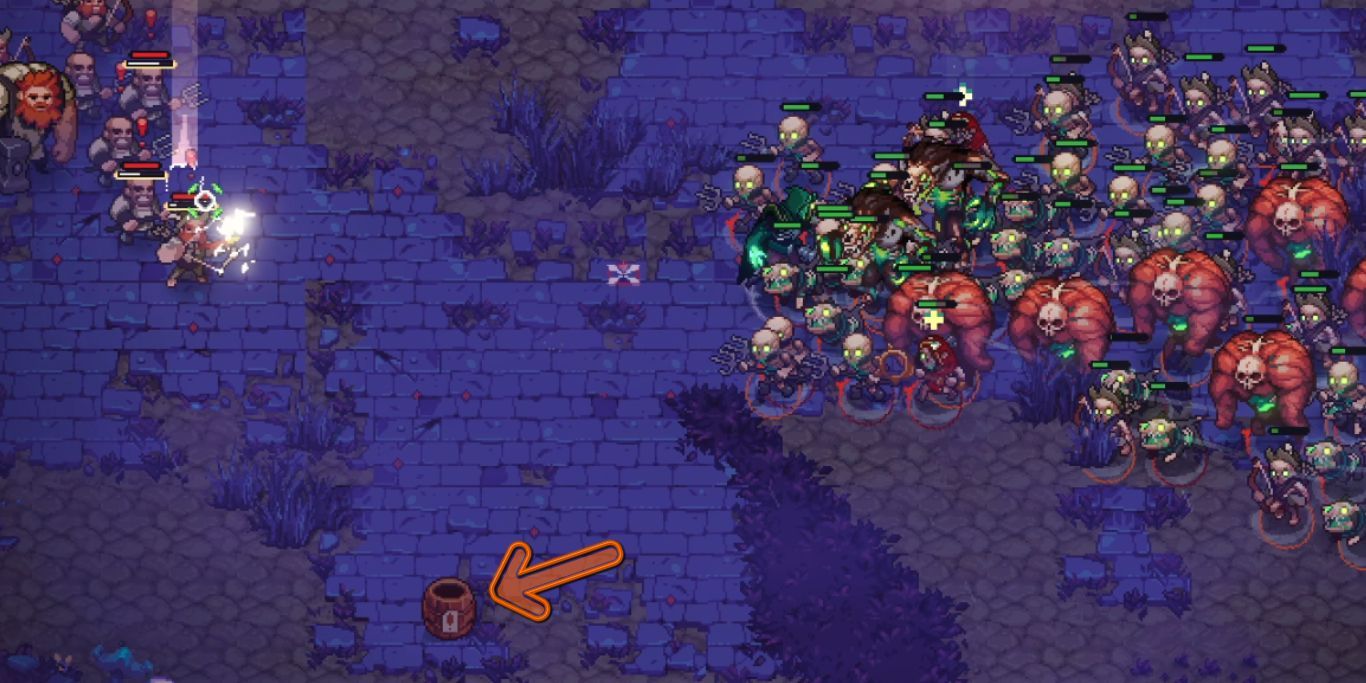 During your endeavors in The Unliving, you'll be able to spot certain barrels and fire pits that can be destroyed to deal damage to the surrounding humans, undead, and Necromancer and burn them. While these sound like a great addition as unique aspects in battle, their positioning is questionable.

As you can see in the picture above, the fire barrel is placed in a completely different location from where the fight will take place. In this case, you'd be forced to destroy the barrel before fighting humans because undead automatically attacks these, dealing unnecessary damage to themselves and others.

If the positions of these traps are revisited, they can determine the outcome of the battle without being completely one-sided.

1/6 The Map Feature Is Questionable 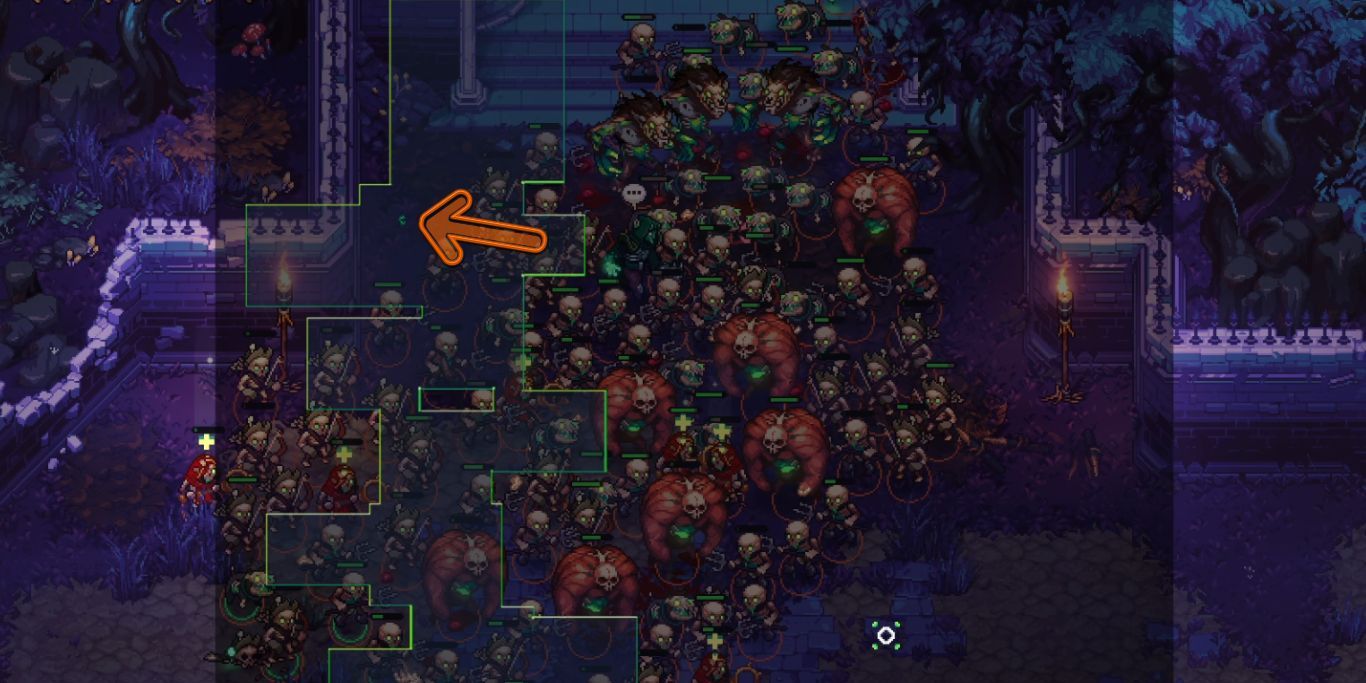 The map feature is very important in games like The Unliving where a raid area is large and it's easy to miss things. While the map in the game does a decent job of preventing you from getting lost, it doesn't do anything else. Moreover, it doesn't tell you the exact position of the Necromancer, which can confuse you sometimes.

Other than fixing the positioning, it'd be nice if the map could show you any humans that you didn't convert to the undead. Also, it'd be an idea to have all the missed altar locations on it so you can go back and take them.