I adore holiday music! It makes the season for me. Even as a child, I remember dancing around my living room to classics sung by Nat King Cole, Celine Dion, Chuck Berry, and Mariah Carey. However, as I age, I've found myself searching for new carol renditions I've never heard before. After all, variety is the peppermint spice of life.

So, now that I have a platform to share my odd views, I'm gifting myself six holiday albums sung by gaming's most accomplished musicians. Each artist on this list has a distinct flair that the audiophile in me would be pleased to hear on Christmas Day! 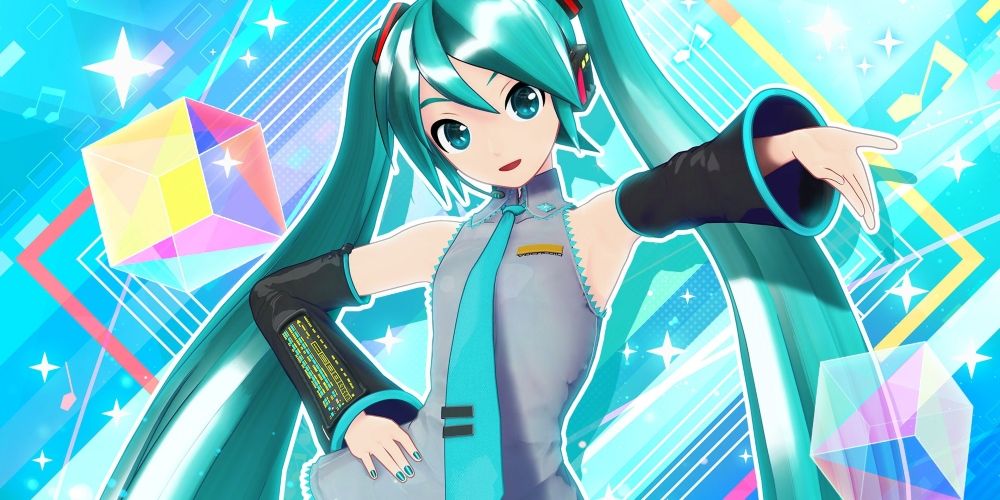 Will A.I. replace human musicians? I hope not. Still, I can't deny the cultural impact of Vocaloid music. One particular Vocaloid, the blue-haired Hatsune Miku, has become an international superstar. Indeed, her stardom is deserved. She has excellent range, can sing patter songs so fast they would make Sondheim blush, and can fit a Cher concert's worth of costume changes in one song. A holiday album is a piece of cake in comparison.

However, a Vocaloid album is only as strong as the songwriters behind it, so Hatsune Miku's holiday album would be a brilliant opportunity to bring together some of pop music's biggest and best producers. Imagine an album where Quincy Jones, David Guetta, Jimmy Page, and more talents come together to make a genuinely diverse A.I. holiday musical experience! Plus, this album can showcase up-and-coming musicians and songwriters. And I can't hate on the robotic revolution for that. 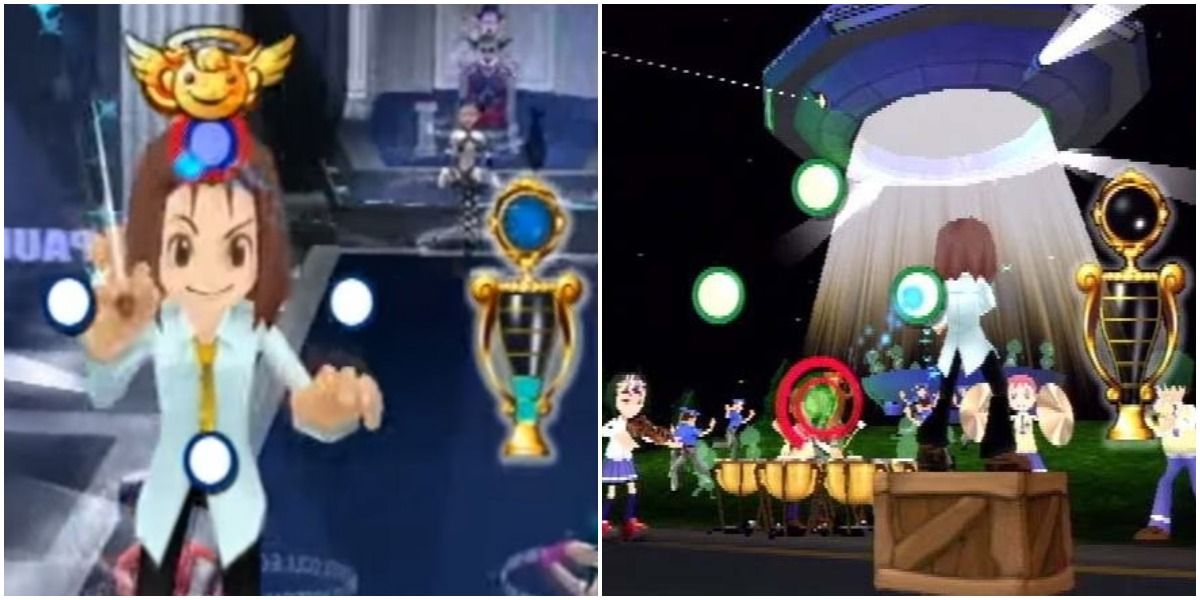 Remember Mad Maestro? (No? Just me? Whatever.) Long before titles like Pianista and Trombone Champ hit the scene, there weren't many rhythm games focused on classical music. However, in the early 2000s, this unique PS2 title used pressure-sensitive controls to recreate the experience of conducting an orchestra. The story follows Takt, a young composer who helps a fairy named Symphony save the Bravo Town Concert Hall from demolition.

Orchestral holiday albums are always a hit. For example, consider ensembles like the Trans-Syberian Orchestra and Boston Pops. It's about time the Bravo Youth Orchestra threw their Santa hat in the ring!

Oh, wait… This game has a Japan-exclusive Christmas sequel? Huh. Good for them. 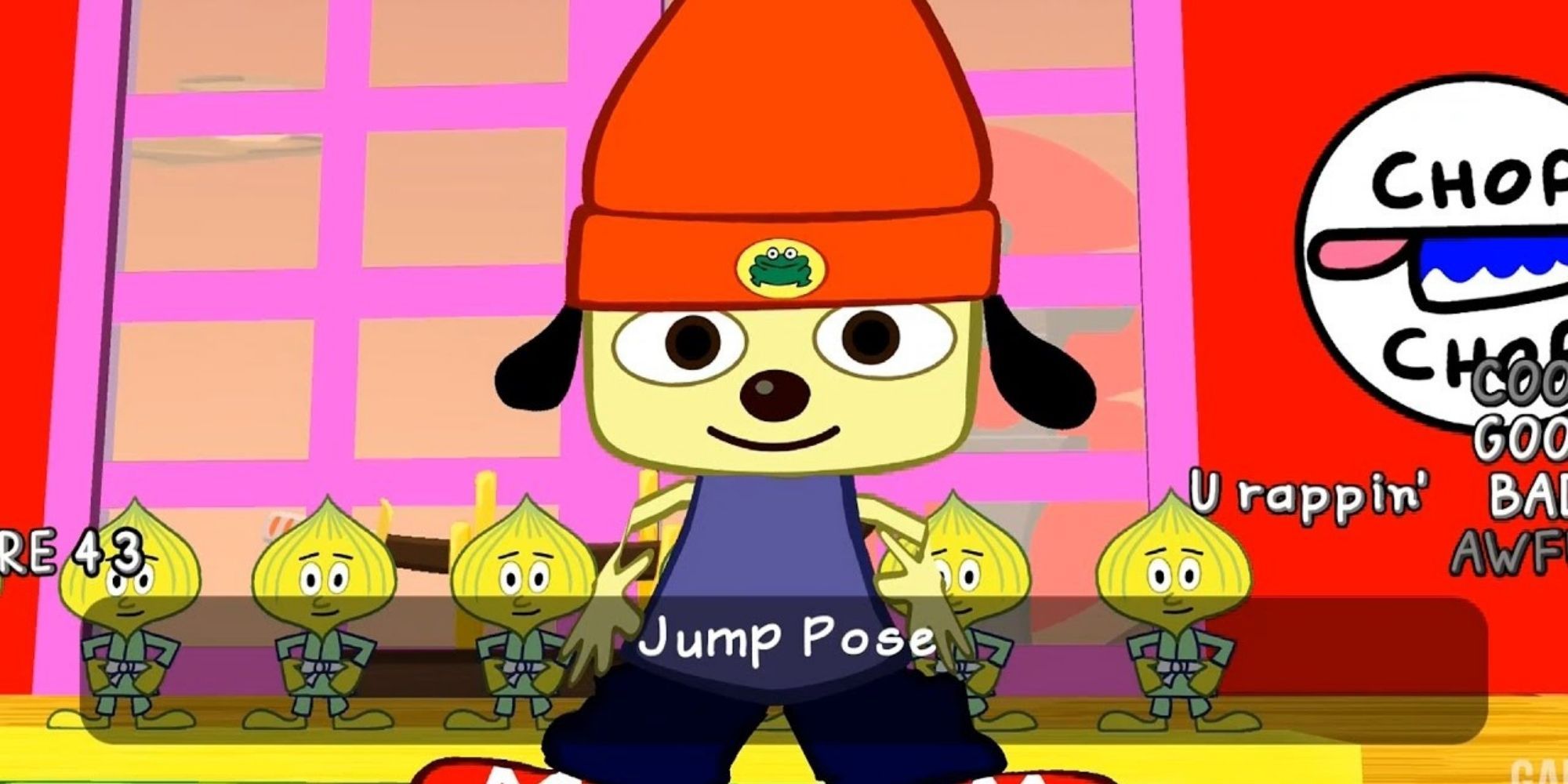 Holiday music requires more than catchy melodies and talented musicians. It needs heart and soul to achieve that mystical, magical je ne sais quois that makes a holiday song shine. And no one in the gaming world has more heart than the ever-tenacious PaRappa, The Rapper. With his uplifting rhymes and welcoming personality, PaRappa was like a young Lin-Manuel Miranda. (Speaking of, can we get a PaRappa The Rapper movie starring Lin-Manuel Miranda with music by Lin-Manuel Miranda? PLEASE!!!!)

One of the best factors of a PaRappa holiday album is the call-and-response nature of his music. Each song would establish a sense of community between the caroler and the audience. Imagine family and friends worldwide gathering around a nineties boombox and spitting lyrics together. Sounds like Christmas cheer to me! 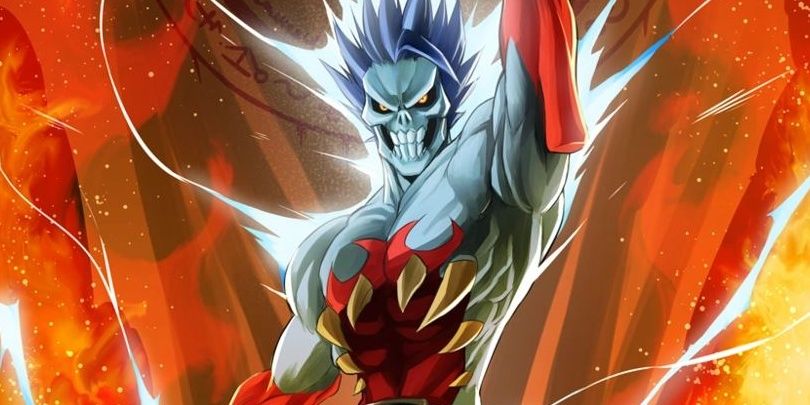 A metal holiday album? I'm down with that! Rock music and Christmas go together like bright copper kettles and warm woolen mittens. There are plenty of Christmas rock hits, from Chuck Berry's classic "Run Rudolph Run" to AC/DC's raunchy "Mistress For Christmas." And who better for the task than the supernatural Aussie superstar, Lord Raptor, from Darkstalkers?

Imagine the kind of next-level Christmas jams Lord Raptor could accomplish. He could transform his limbs into twenty-finger behemoths and play guitar riffs that make "Stairway To Heaven" look like child's play. Plus, with his musical spell-casting abilities, his album can brainwash listeners into being kinder, more charitable souls. Who knows, maybe this album will achieve peace on Earth! 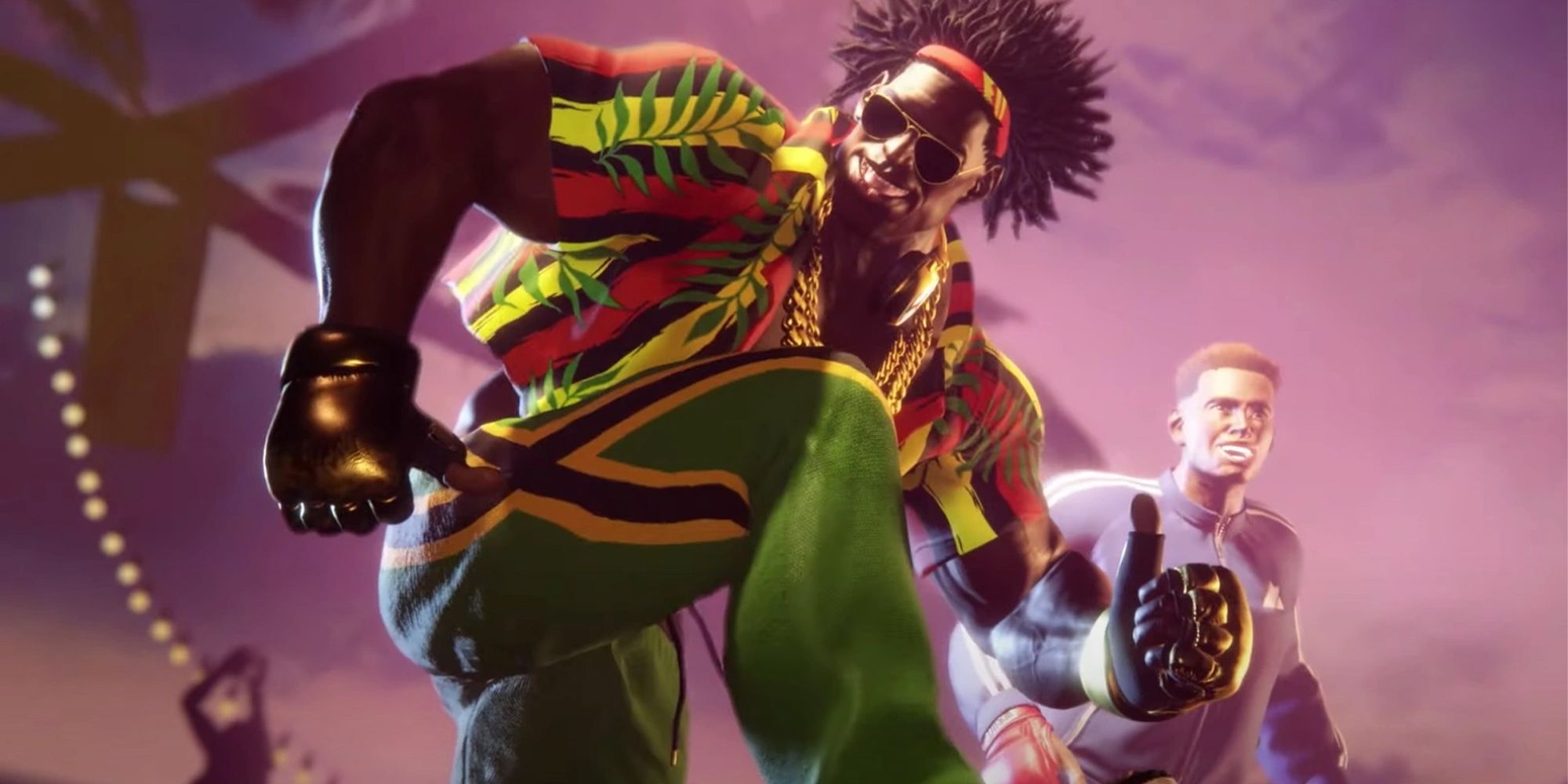 So far, this list has J-Pop, Classical, Hip Hop, and Rock music. So, what am I missing? How about a dance album!? After all, you can't have a fun holiday party without moving your feet to fresh, festive beats! And I know I want the international superstar and kickboxing master, Dee Jay, to helm this Christmas creation.

Dee Jay's album will add much-needed sonic diversity to the standard catalog of holiday hits. His sound has a singular style, with pronounced reggaeton beats, deep club baselines, and blaring salsa horns. Whatever songs he decides to cover, Dee Jay will make them his own. And I wouldn't be surprised if one of his album's original tracks becomes a holiday radio staple for years to come. As Dee Jay says in the Street Fighter 6 trailer, I'm ready to "break that beat" this Christmas! 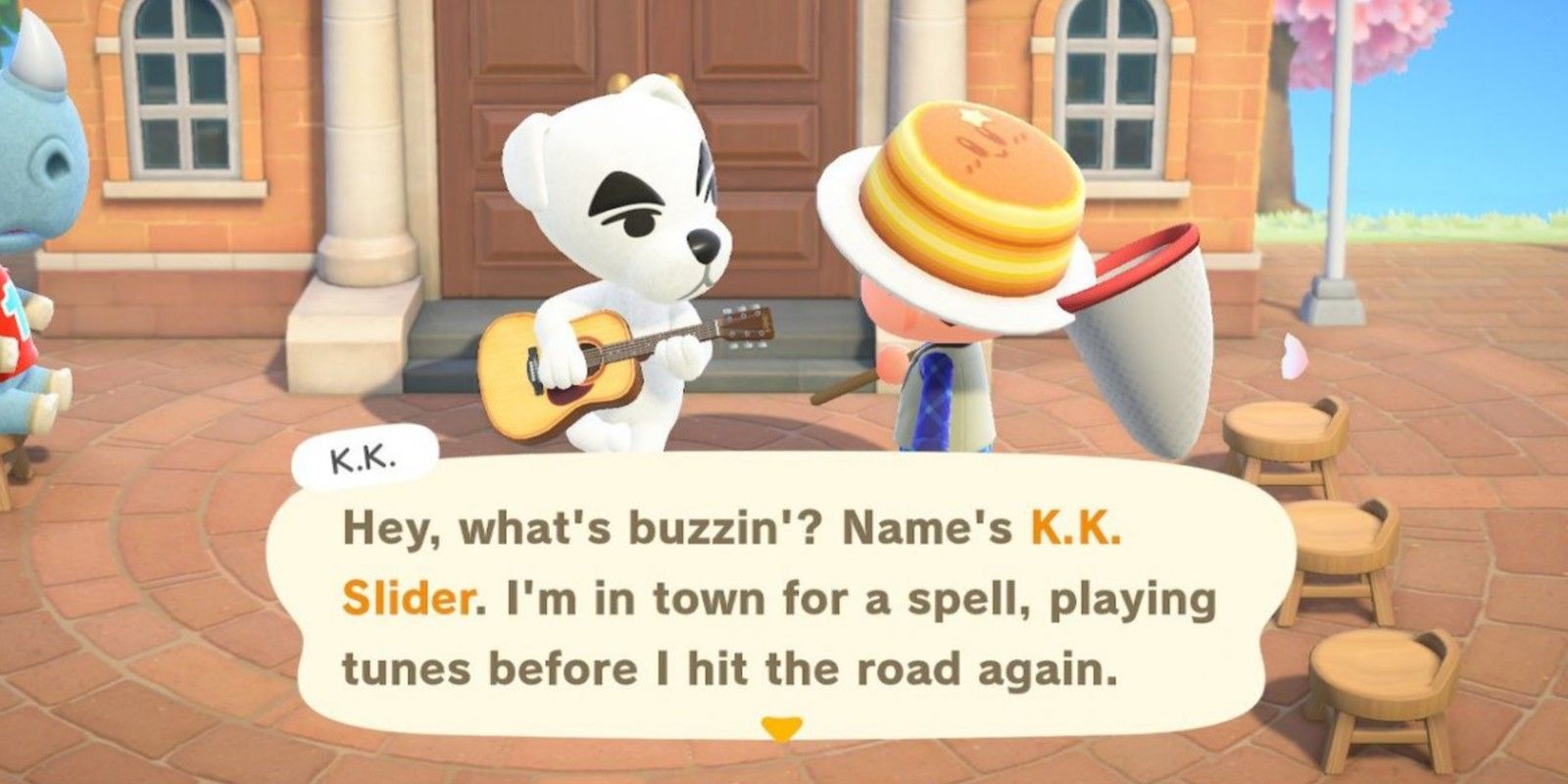 No holiday record collection is complete without an indie singer-songwriter album. So, naturally, I must add K.K. Slider's Christmas acoustics to my musical round-up. This Animal Crossing mainstay is one of gaming's most well-versed musicians. He can play any genre, including Metal, Disco, Jazz, and Ska. Yet, his signature acoustic sound and squawking nonsense lyrics make him immediately recognizable. You can't miss this lyrical Labrador!

More importantly, no matter what K.K. sings, whether an upbeat dance tune or a soulful ballad, he has a calm, relaxed essence. Hearing him play music can soothe the tensest villager into a tranquil state. His holiday album would be the one you listen to while cozied up near the fireplace with a hot cup of cocoa clasped in both hands. And after a hectic season like this, Slider's Holiday Album is the perfect way to wind down.