Visual novels can sometimes get a bad rap because they’re heavy on the reading — as the name implies — and leave you to make periodic decisions on behalf of the protagonist in the game. However, playing a visual novel can often feel like a choose-your-own-adventure style manga.

There is also the misconception that this genre is exclusively romance and drama. While there are definitely a lot of both in visual novels, there’s a large portion of games for horror and mystery fans to choose from, especially on mobile. Regardless of which subcategory you gravitate towards, visual novels are worth giving a chance. 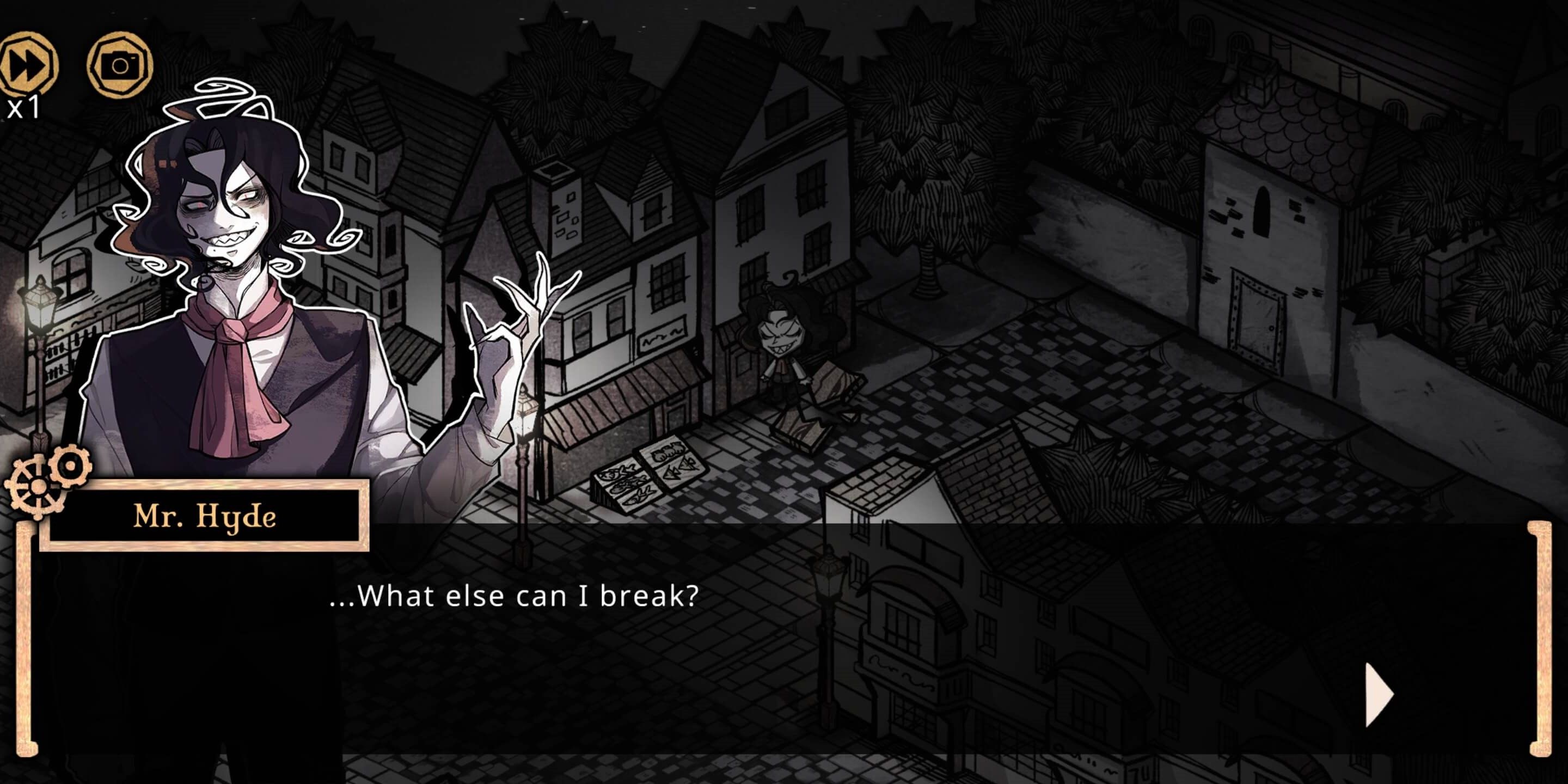 Jekyll and Hyde is slightly more interactive than some other visual novels, but only because you have more point-and-click options for searching. You’re thrown into the action almost immediately as Mr. Utterson, and are tasked with stopping the villain Mr. Hyde from sullying the great Jekyll’s name.

This game follows the main plot of the book fairly well while also adding some things to keep it entertaining in the form of a game. If you’re a big fan of mysteries (even when you know the ultimate outcome), you’ll enjoy Jekyll and Hyde as a casual detective.

6/7 Phantom Of The Opera 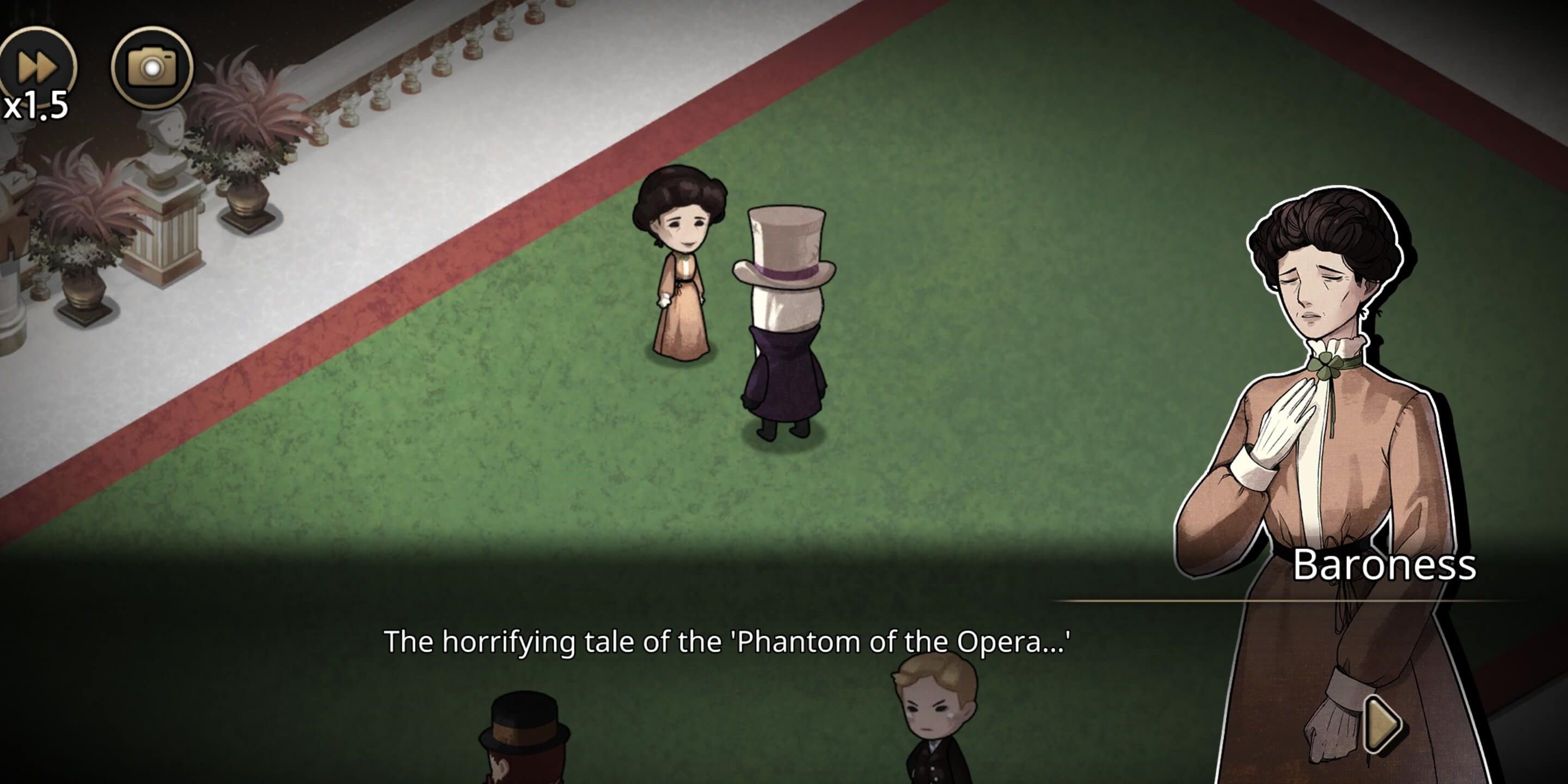 Much like Jekyll and Hyde, Phantom of the Opera follows the book decently while still giving you the feeling of playing the story yourself. There are point-and-click actions to move the plot forward, but the general progression isn’t left too wide open for decision-making on your behalf.

If you’re new to visual novels, this may or may not be a good introduction for you based on your personal preference toward singular narrative over branching plots. If you like direct A to B actions and story, however, you’ll find Phantom of the Opera a great game to kill some downtime. 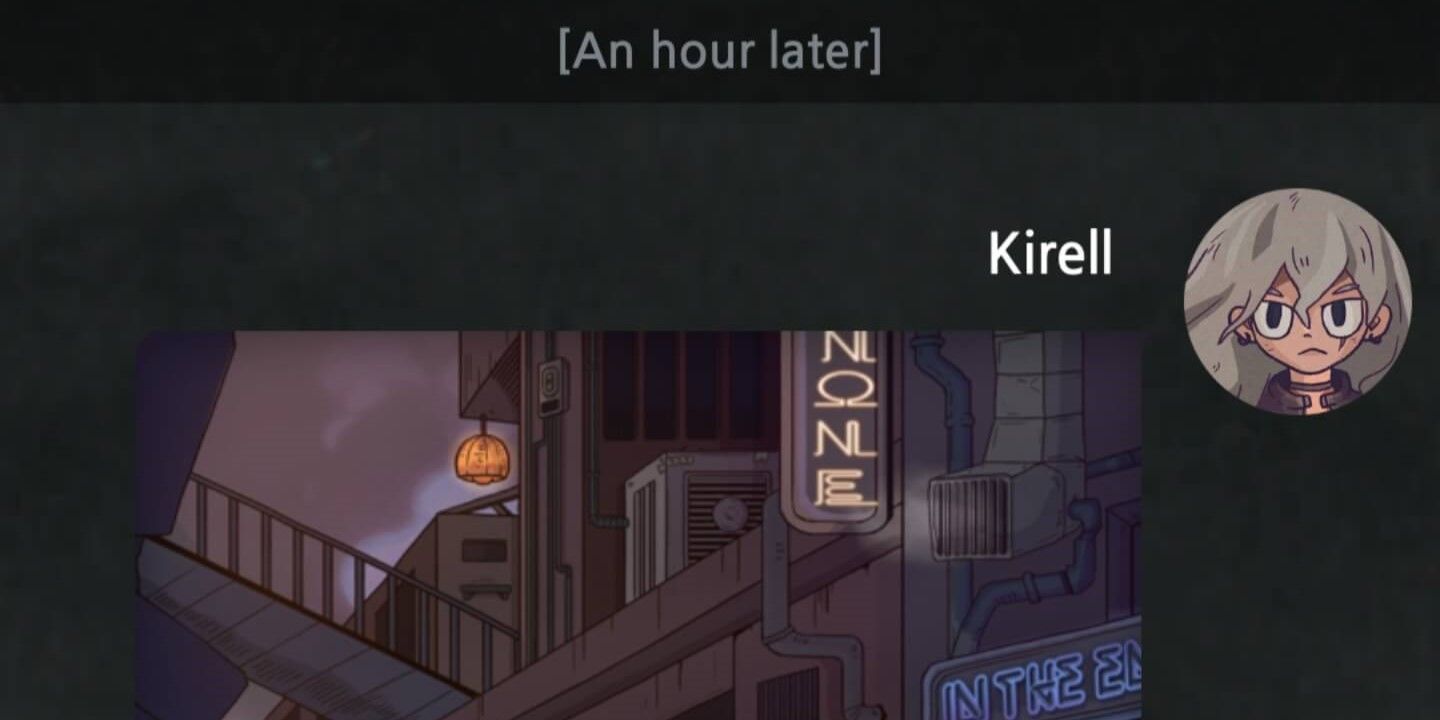 7Days! is a suspenseful adventure game with tons of mystery. Every bit of dialogue you choose will affect your relationships with other characters and the story progression. You don’t get any character customization, but the game more than makes up for that with the immense amount of freedom when navigating the story.

You start out being informed you are dead and missing most of your core memories that inform your personality. As you answer questions, you begin to create a sense of self that will set in motion the remainder of the game. There are some definite wrong answers that result in dying (for the second time), but you’ll mostly find yourself being able to roll with the punches — metaphorically and literally. 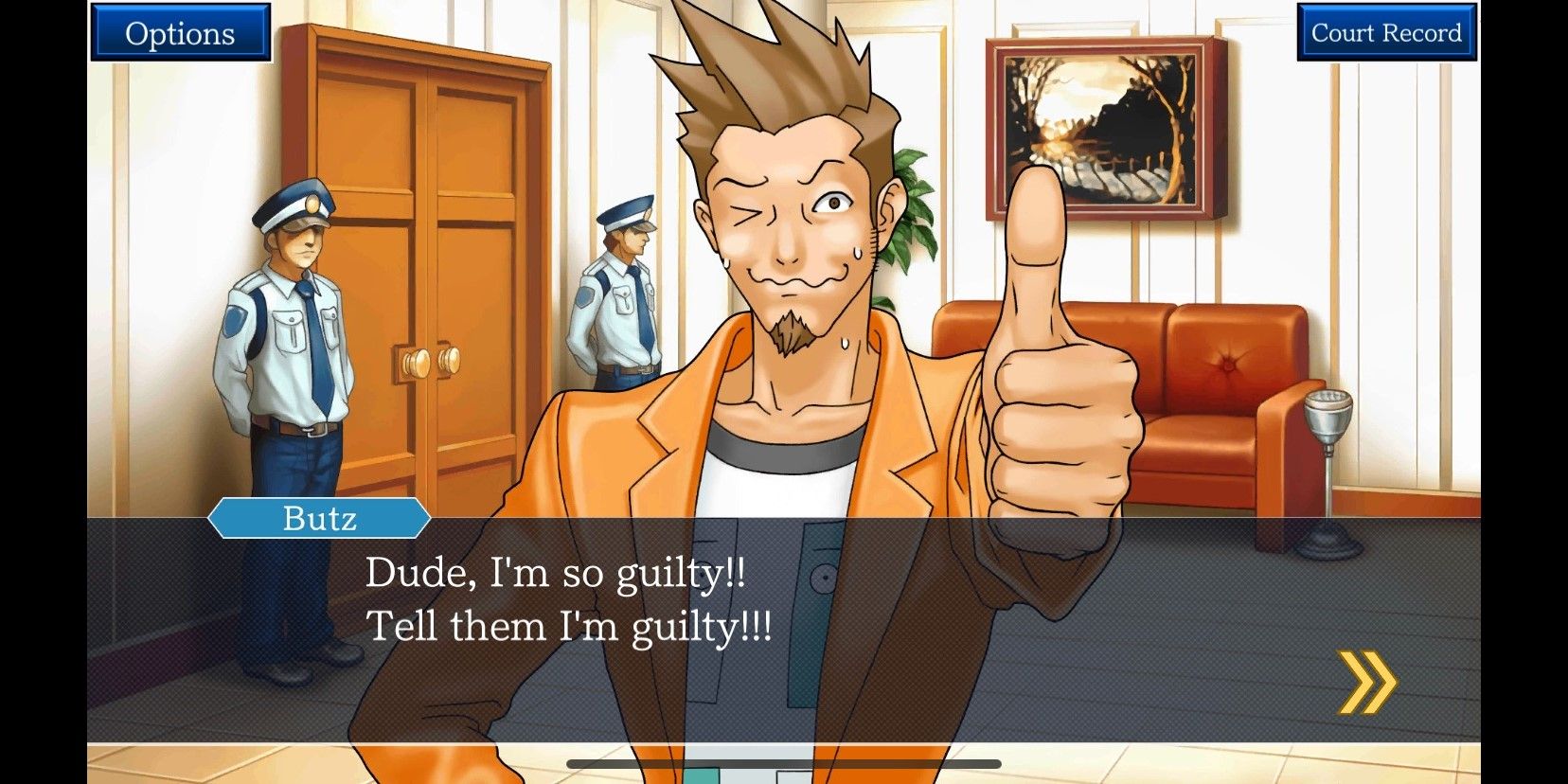 The Ace Attorney games don’t take themselves too seriously, which can be a turn-off for some players. If you enjoy absurdity and borderline outlandish characters and situations, however, you’ll love playing as Phoenix Wright as he cracks the case while also defending his clients.

Possibly the best and most entertaining character you’ll encounter in the games is the Judge, who doesn’t seem to grasp the levity of his job and will often ask seemingly silly questions. Still, as you’re investigating and trying the case, you’ll need to be deliberate in the questions you ask and the evidence you submit to win your argument — just like a real attorney. 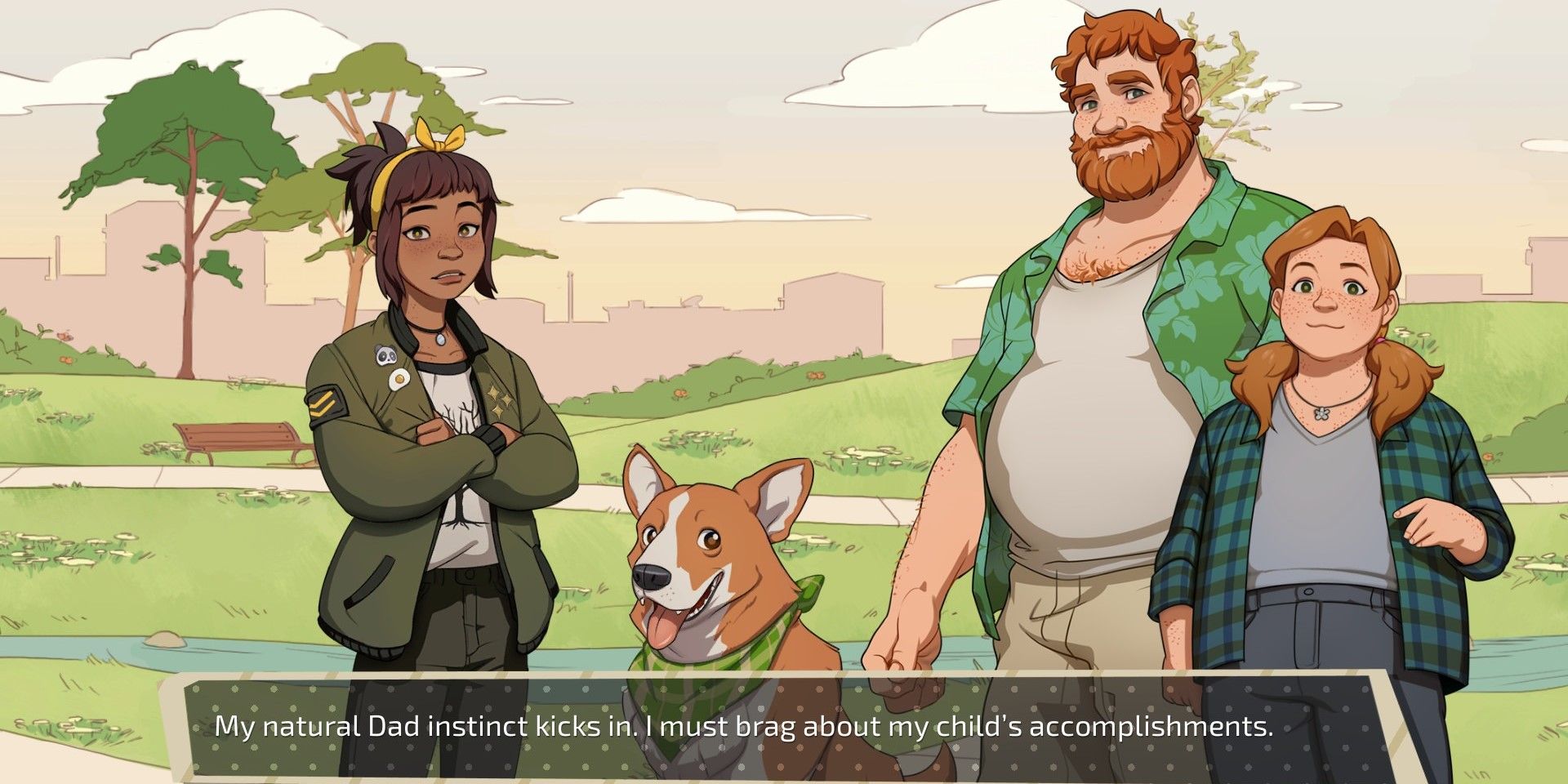 Dream Daddy is one of the most well-known visual novels in the gaming and online community, mainly because it’s a dating sim that’s easy to lampoon. Your character is very customizable, and the game is LGBTQ+ friendly, making it easier to find yourself in the characters.

Depending on choices you make, Dream Daddy can play out like your very own rom-com or a romantic drama, but like the Ace Attorney Trilogy, it isn’t taking itself too seriously. You can play through the whole game in a single sitting, but with so many options when playing, it offers a lot of replay without feeling like the game goes stagnant. 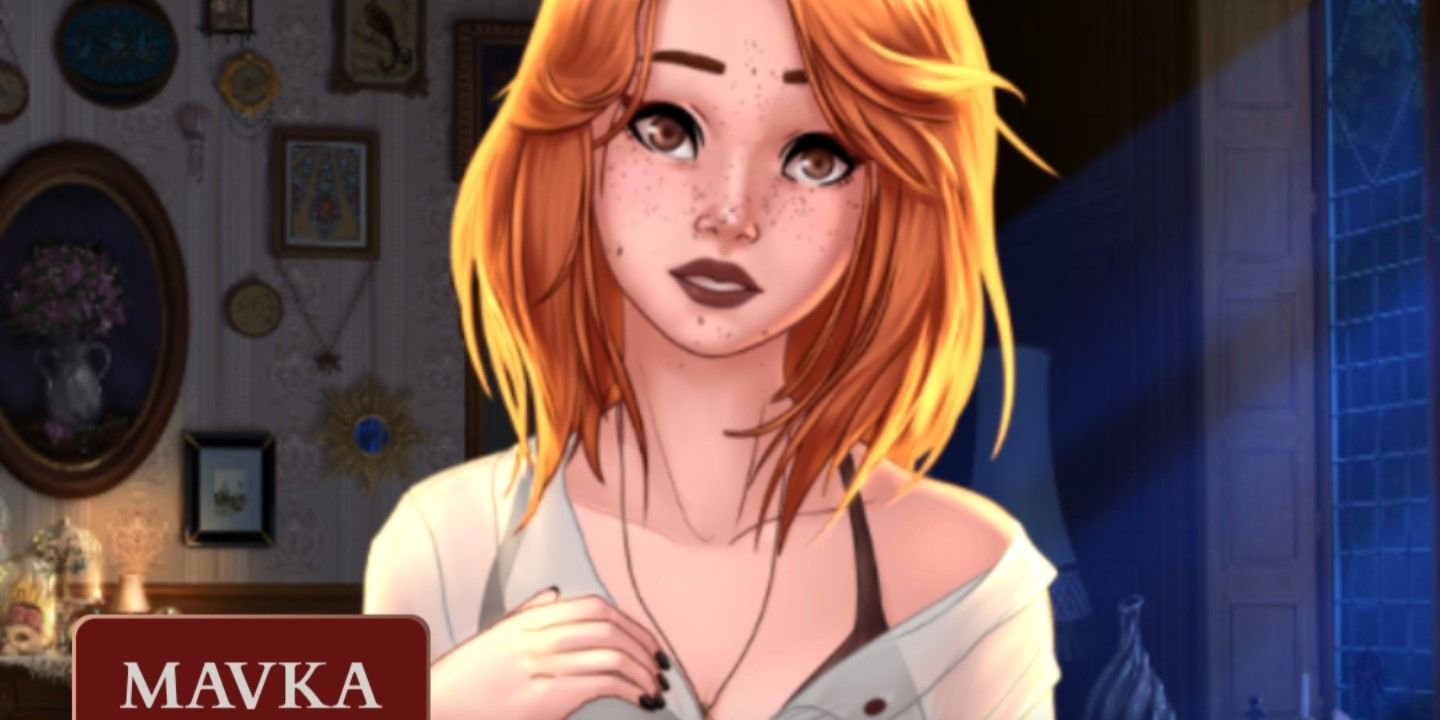 Uncoven is a slow pace mystery that focuses primarily on the story and world-building early on, so go in expecting a climb toward the action. You’re playing as Nyx (though you can change the name and general appearance of your character), as they join a group of old friends from school at a creepy mansion.

All the characters are likable, even though some will set off alarm bells for you. You can steer the story in a few different directions based on dialogue you choose, but things other characters say do seem to guide you toward some decisions over others. If you like having freedom in a game without feeling lost, you’ll definitely enjoy the flow in Uncoven. 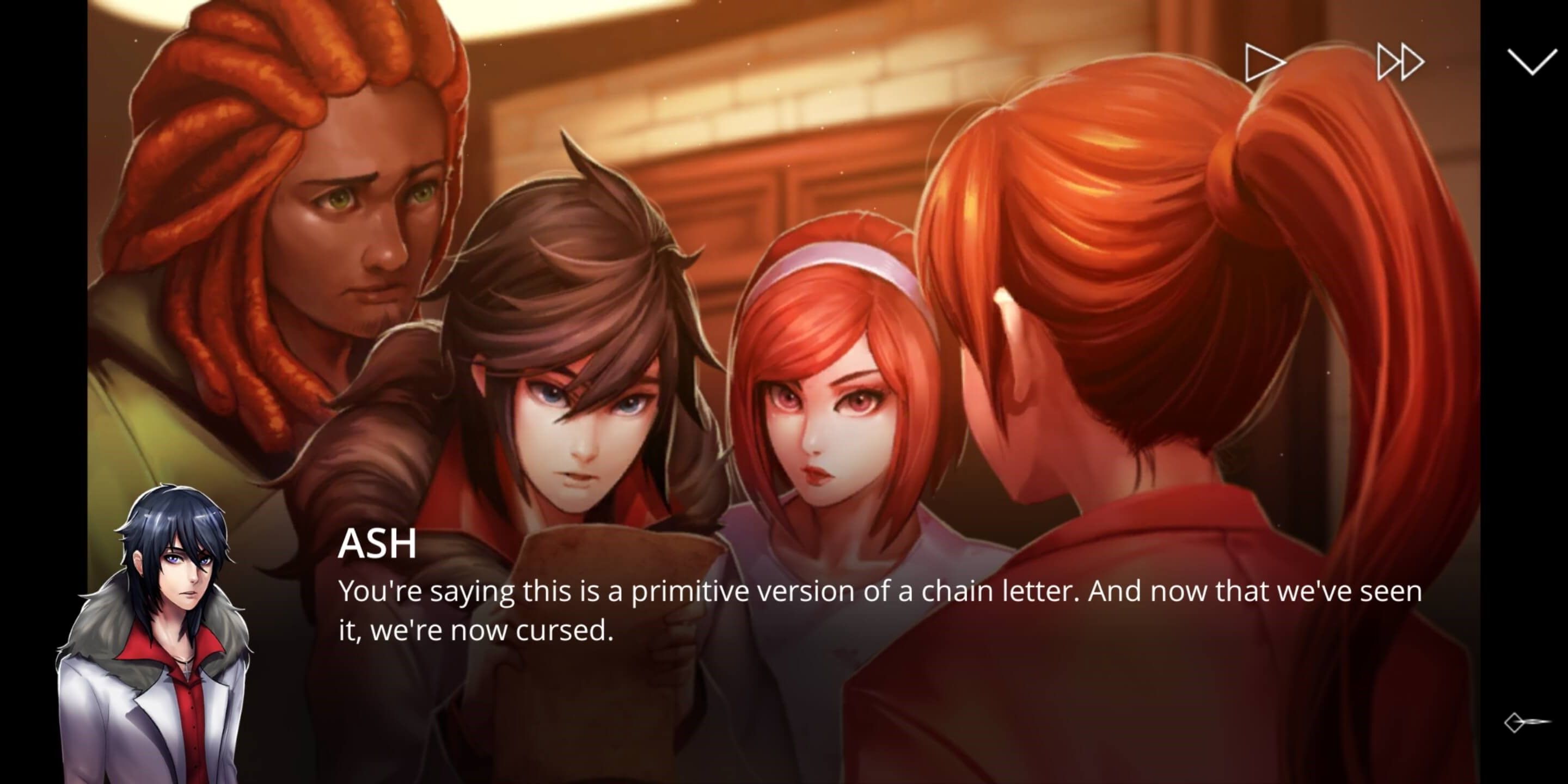 The Letter features five core characters, one of which is the protagonist you play, Isabella. They all have fully fleshed-out personalities and motivations, making each character feel unique and realistic as you interact with them. The Letter is a classic indie horror-style game that comes out swinging with a ghoulie attack and a head injury to make everyone doubt you.

It is incredibly easy to get sucked into the game, and you’ll find yourself flying through the chapters in no time. The game altogether will take you around 20 hours to complete, but the quick-paced action will trick you into thinking you’ve spent about half the time.