In the depths of the West, there are secrets to be uncovered and hidden places to scout, all of which will bring you closer to the world you love. Similar to how other RPGs navigate, Weird West tells much of its story through side missions, documents, and easily missable events. Each of these elements builds and improves upon the basic story.

If you want to know a place to start with this side of the game or want to explore more of what Weird West has to offer, there's a lot to find, and some things may even still be buried away, waiting to be discovered. Exploring seemingly insignificant portions of the map is just one way to find these tightly packed away stories.

7 The Brutality Of The Oneirists 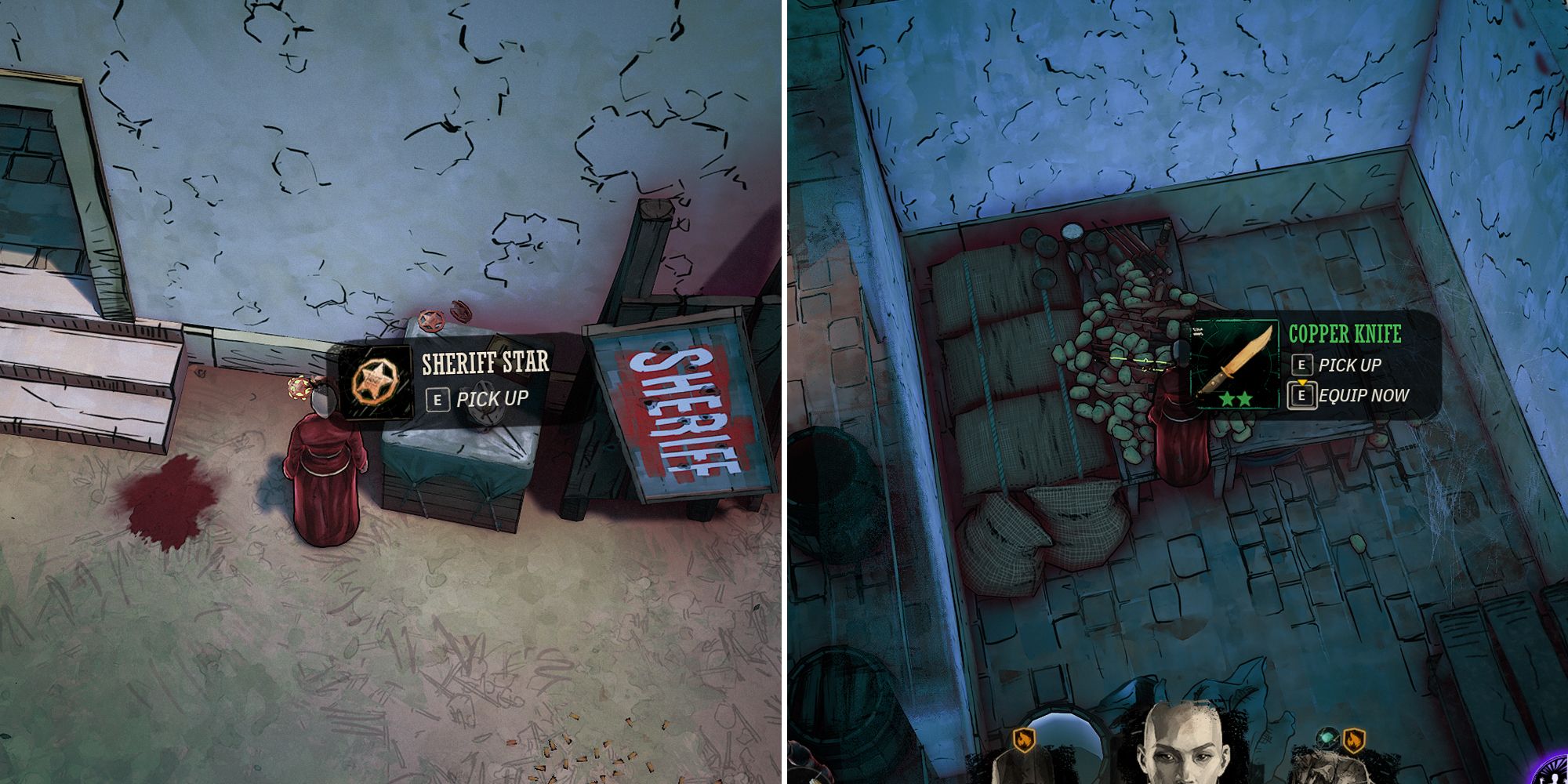 Of the many events you can encounter while travelling, some shed further light on the brutality of the Oneirists. For example, upon entering a location with hostile Oneirists, rummaging through the buildings after dealing with them will uncover evidence of the many people who tried to pass through the area. You can find Sheriff stars – a tall pile of them seemingly taken from people before they were killed by the Oneirists.

It isn't only the Oneirists, as stockpiled items can be found with most hostile groups in the game, but Weird West makes a significant point of hinting at the brutality of the Oneirists.

6 The Strangeness Side Quest 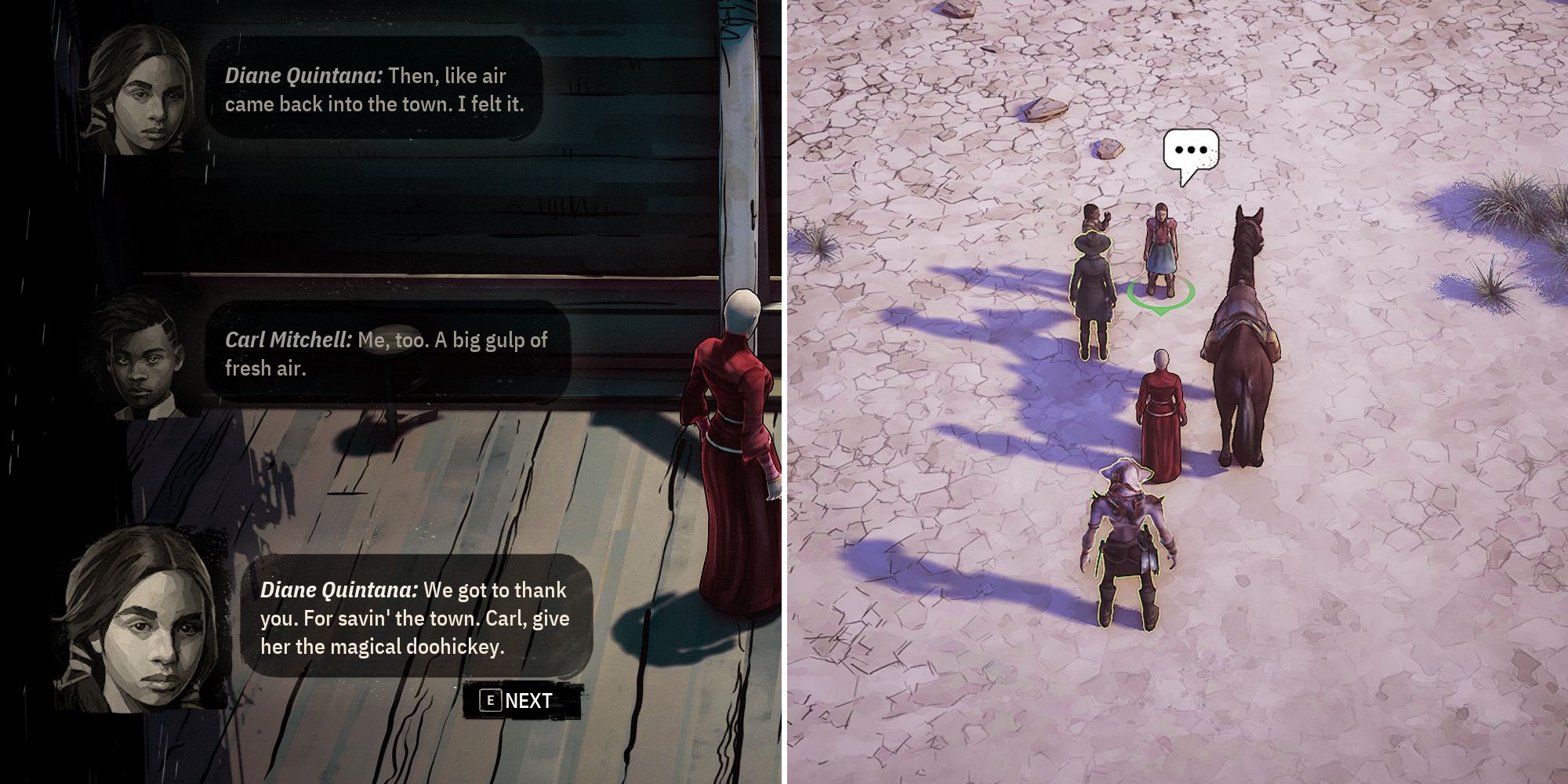 The Strangeness is almost as strange as its quest name, with a side mission that can appear in numerous locations. The quest givers (two children) will come up to you during a randomized travel encounter where you can then choose to aid them in their mission. They'll mention how there's a strangeness plaguing a particulat part of the West.

The Strangeness mission is easy to miss as it shows up randomly during the game, and there's no way to start it except by chance. It's also one of the darker missions in the game where you'll find bodies murdered by the supernatural creature attached to the quest. 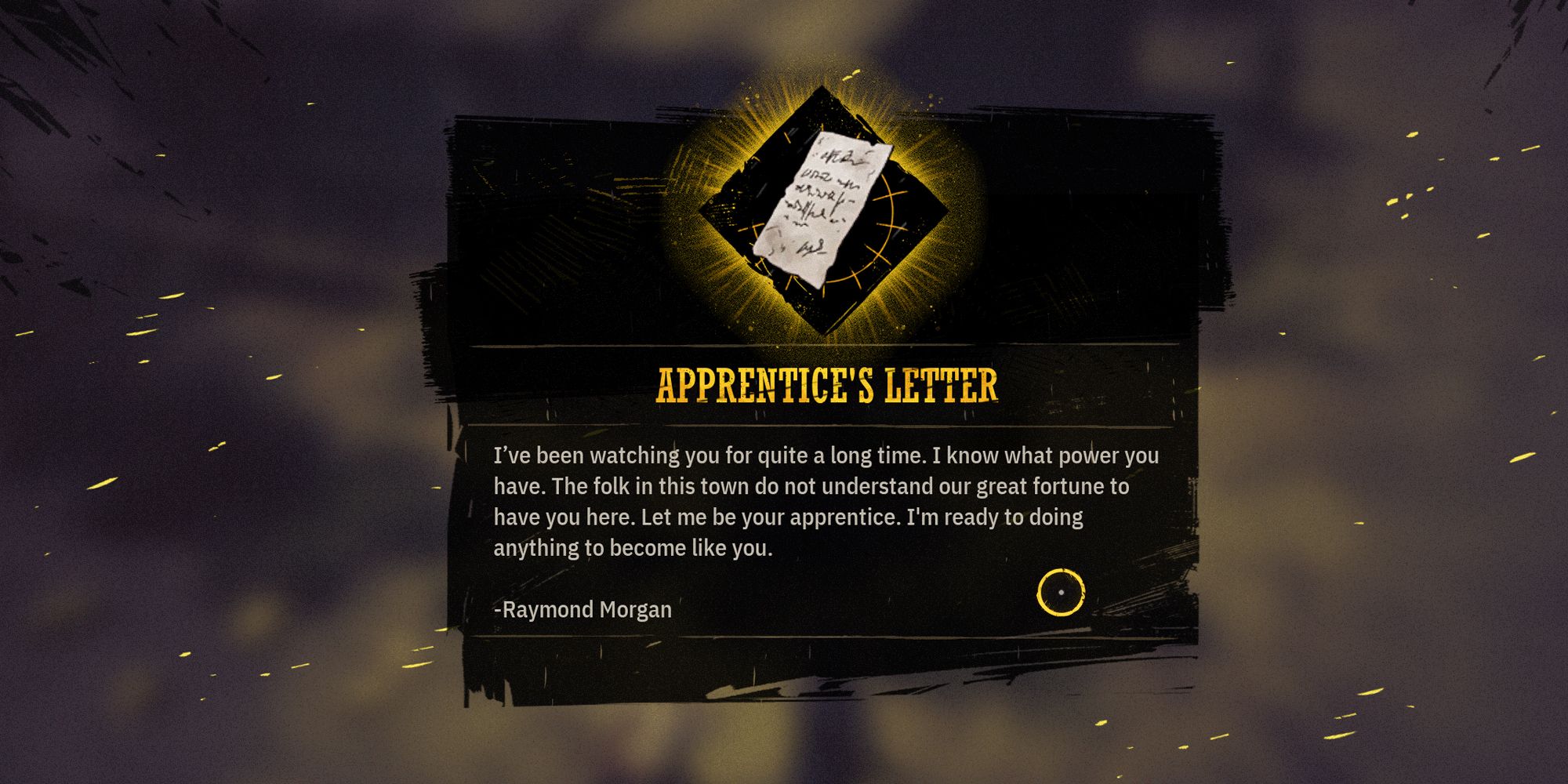 One of the many letters you'll find in Weird West is titled Apprentice's letter. This letter mentions how a man named Raymond Morgan wishes to train under an Oneirist, therefore becoming their apprentice. You, unfortunately, can't meet the person who wrote the letter, but you can imagine their fate.

​Maybe they became an apprentice and learned how to harness arcane power, becoming a close friend of the person on the receiving end of the letter. Or, like most things that occur in Weird West, fate had a different plan for the apprentice, one in which he didn't train under an Oneirist and was instead killed. 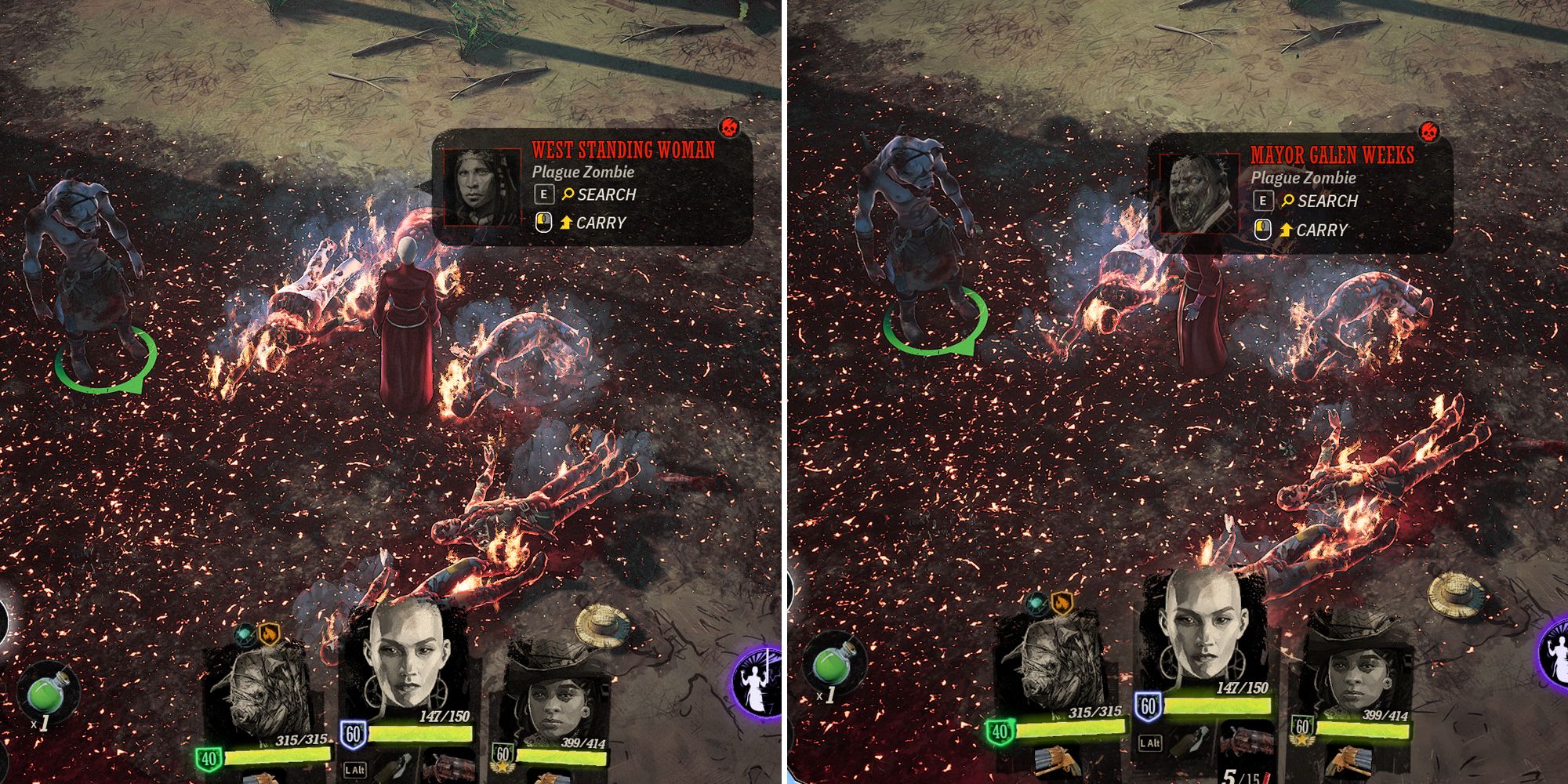 With how almost every character can turn up dead in Weird West, there's a chance that former allies can become Plague Zombies. These characters can be general allies you hired in a town to come help with dirty work or essential characters to the main story. You may even see someone like West Standing Woman as a newly turned zombie trying to kill you.

These encounters take you by surprise, coming as a shock when you have to kill your favorite side character. There's also a chance you'll have a Plague Zombie encounter with NPCs you've never come across before.

3 People Rising From The Grave 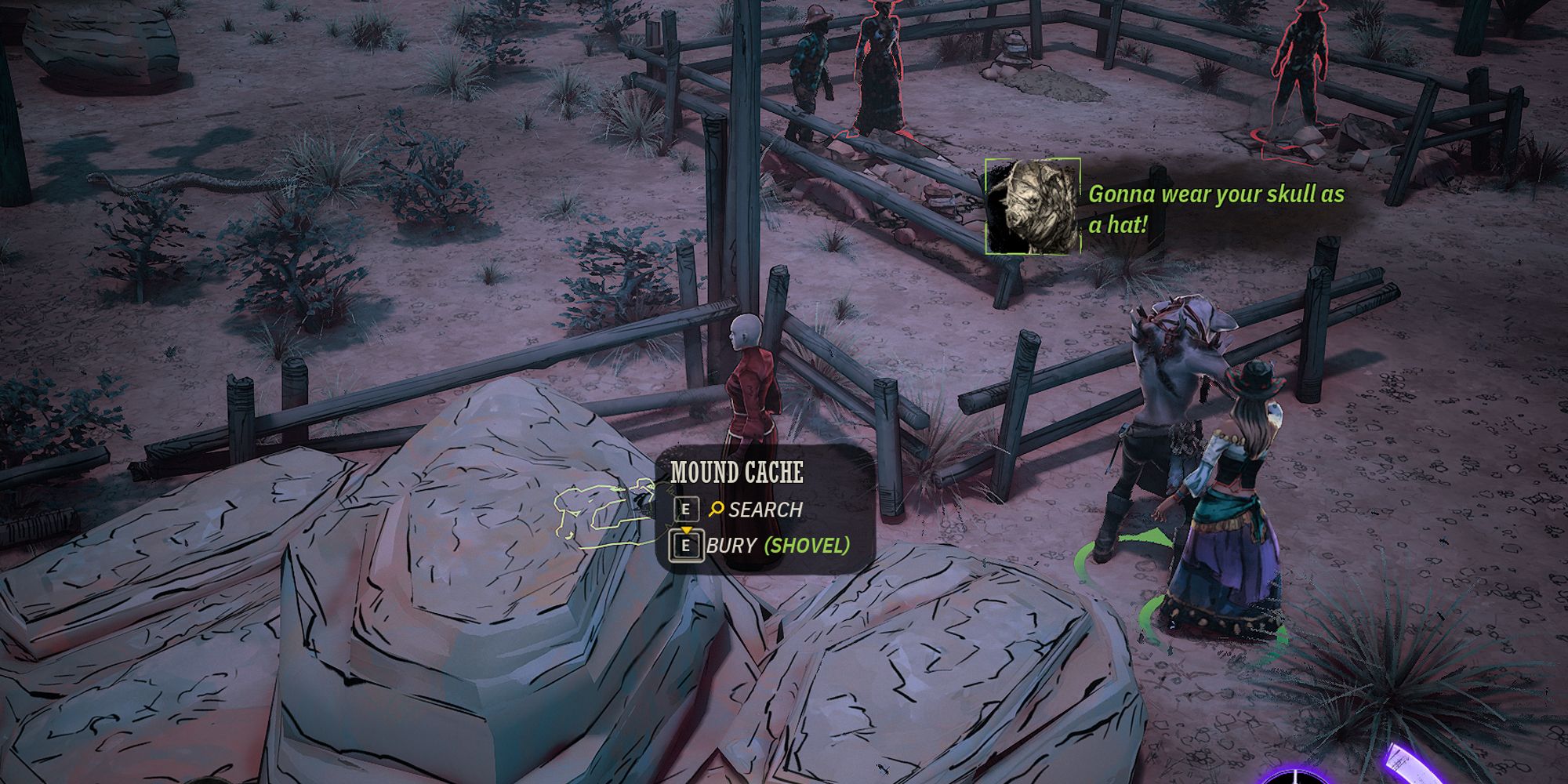 Weird West isn't a particularly scary game, even with horror elements melded in, but something surprising that can happen is when bodies begin to rise from the grave. And like all the other beings in the game, these people don't want to have a chit-chat or grab a coffee; they want to eat your brains.

Similar to the travel encounters with Plague Zombies, these people can be characters you know that were buried in a local cemetery. The chance of people rising from the grave is low as it very rarely happens, and you may never experience this at all. If you want to spark this event into motion, try your luck by walking near cemeteries at nighttime. 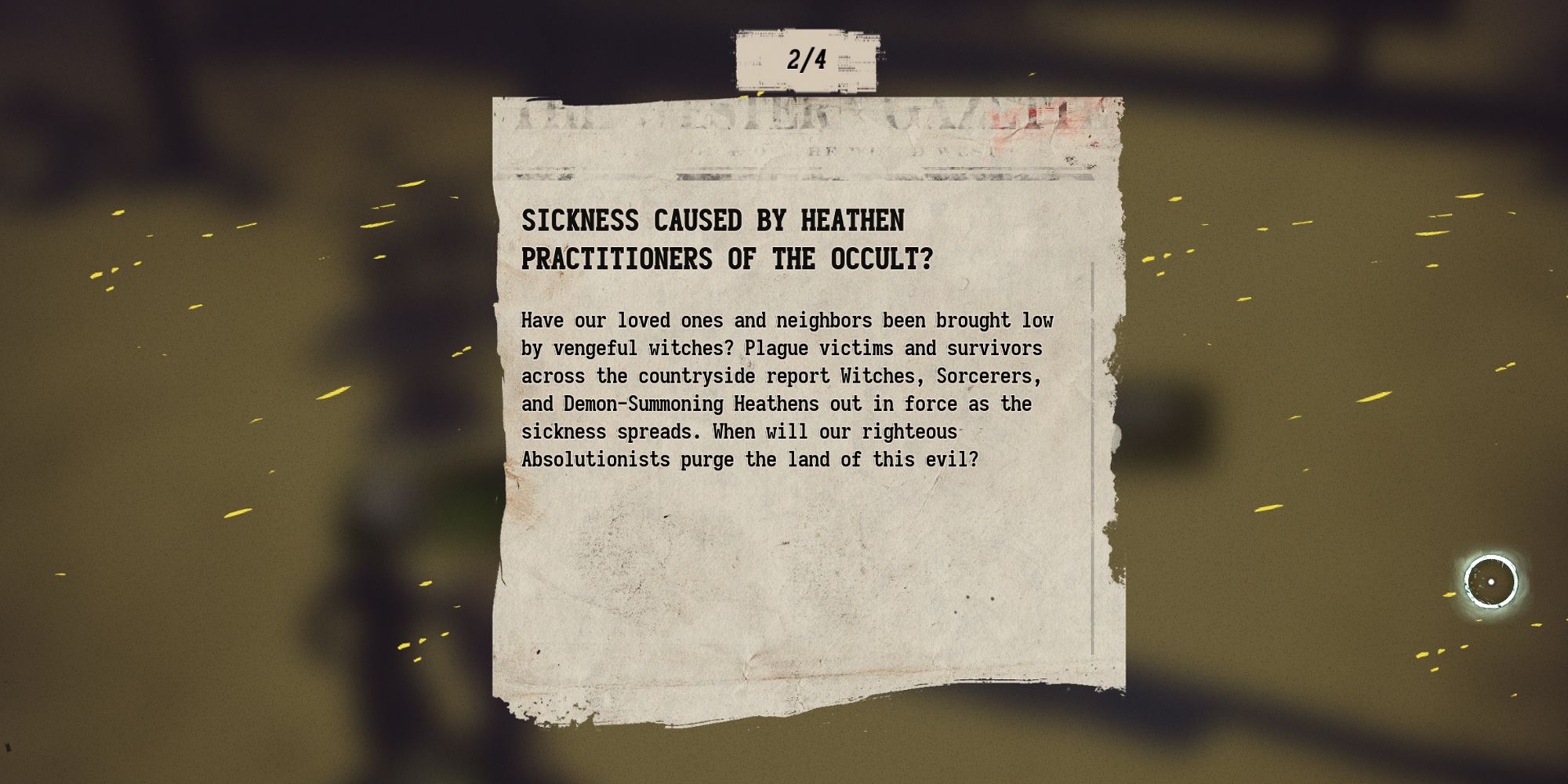 Many aspects can hint at the Oneirists being the cause of Plague Zombies. They're the reason why Pigmen exist, so it would make sense they also created the Zombies. The most damning evidence of this comes from a piece written by the Absolutionists where they make defamatory remarks on the Oneirists by claiming they are the cause of these zombies or are at the very least amplifying the sickness.

While the Oneirists have done pretty bad things and could have also created these creatures, there's also the longstanding feud between the Absolutionists and Oneirists, which could have influenced them to spread lies about each other. 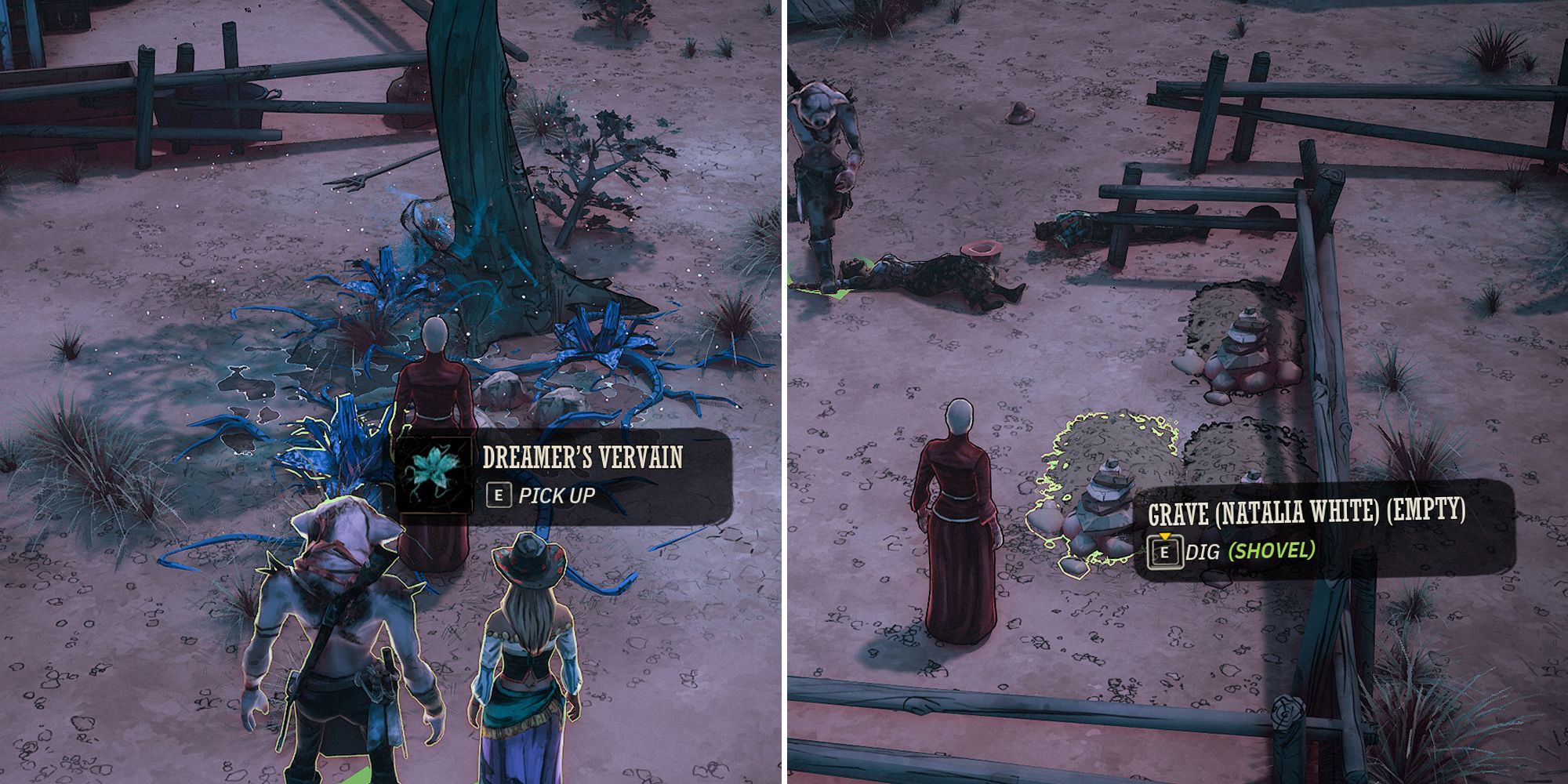 If you go to Milton's Cabin, you'll find a grizzlier scene than expected, as instead of typical family life you'll find their bodies. Checking the mailbox, there will be some messages inside that further the mystery of who killed this family. There isn't a definite answer, although one possibility is that it was the Bloodstained Soul you can release in the Crime and Punishment side quest.

Because of the Dreamer's Vervain surrounding the property and the brutal nature in which they were killed, even if it wasn't the Bloodstained Soul's doing, it was another powerful Wraith, feeding off the suffering of others.