From tile placement to deck building, plenty of fun game mechanics are involved in classic tabletop experiences. Hidden movement is a really unique game mechanic in the world of board games, as it adds a lot of tension to the experience in a significant way. In a hidden movement game, you will not know exactly where someone is on the board. Instead, you must use your deduction skills to narrow down their possible location before it is too late.

Many classic board games have explored this exciting game mechanic, adding their own unique spin on the concept. There are hidden movement games about Dracula, aliens, and even nuns. If you have not tried out this genre of board games, here is an excellent selection of games that you need to try out first. 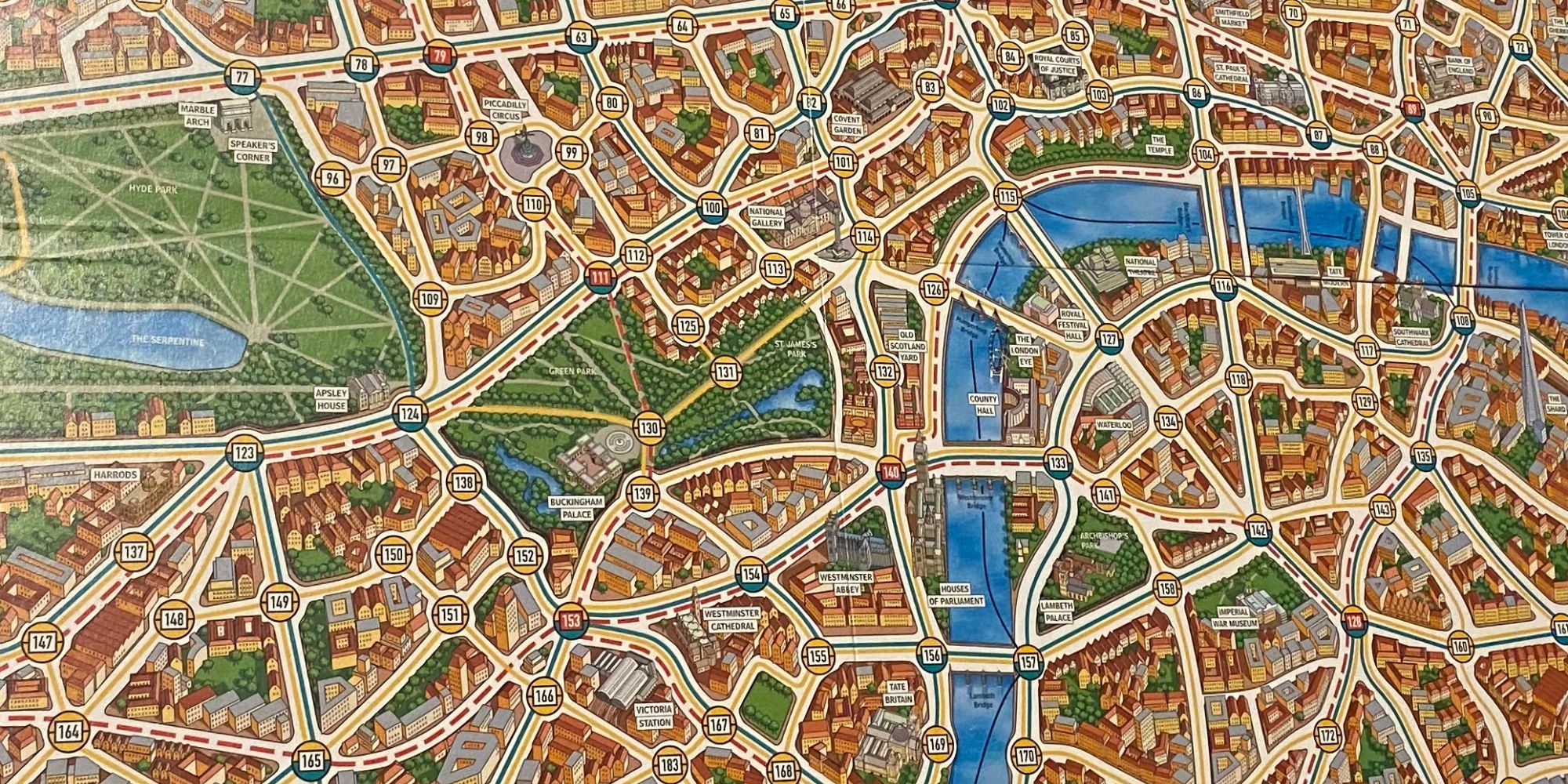 Scotland Yard is an excellent choice for newcomers to the hobby. It is quick to grasp and is a fun experience in both roles. One of you will take on the role of Mr. X, and you even get a hat to wear to ensure no one can see where you're looking on the board. You must use various modes of transport to navigate the city, and you win the game if you can survive several rounds without being caught.

The rest of you will play as the detectives. You see every mode of transport Mr. X uses, but do not know precisely where they are. Since there are only a limited amount of transport tokens Mr. X can use and routes they can take, you can slowly attempt to corner the mastermind. Scotland Yard is at its best when the group is closing in on Mr. X — just one wrong move from either side can win or lose the game. 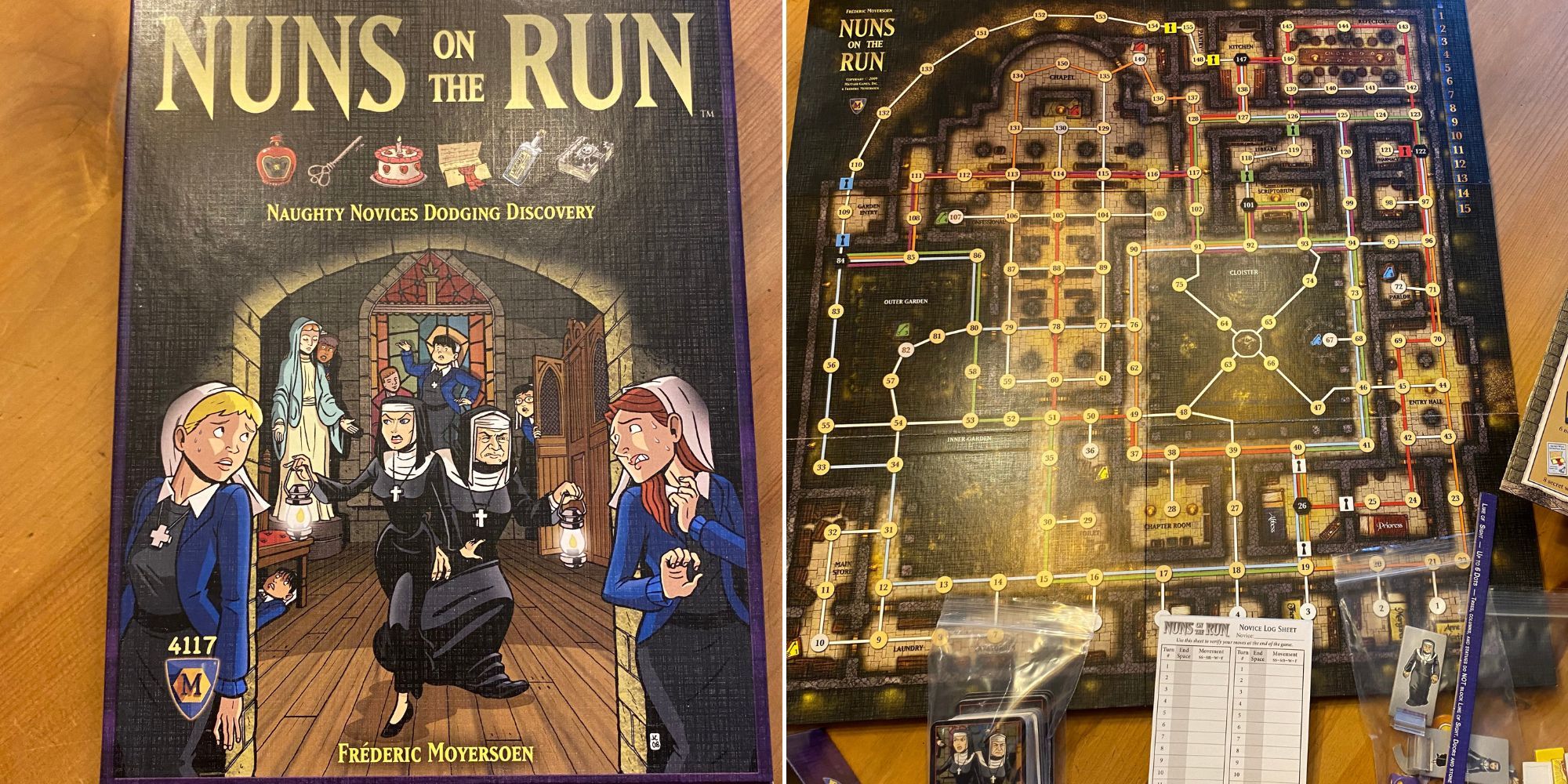 In a reversal of Scotland Yard, Nuns On The Run has one player searching for everyone else. The game is set in a large abbey with lots of corridors and rooms to hide in. It is after curfew, but the nuns are eager to sneak out and grab their favorite things, such as cookies. As a novice nun, you will attempt to find your secret wish item and get back to your room undetected. If you are playing as the Abbess, you are instead listening out for footsteps and patrolling the grounds.

Most games of Nuns On The Run will take an hour or less. It is incredibly satisfying to catch your friends before it is too late, and it is even more fulfilling when you are a novice who barely avoids detection. It is a silly theme but creates some fantastic moments. 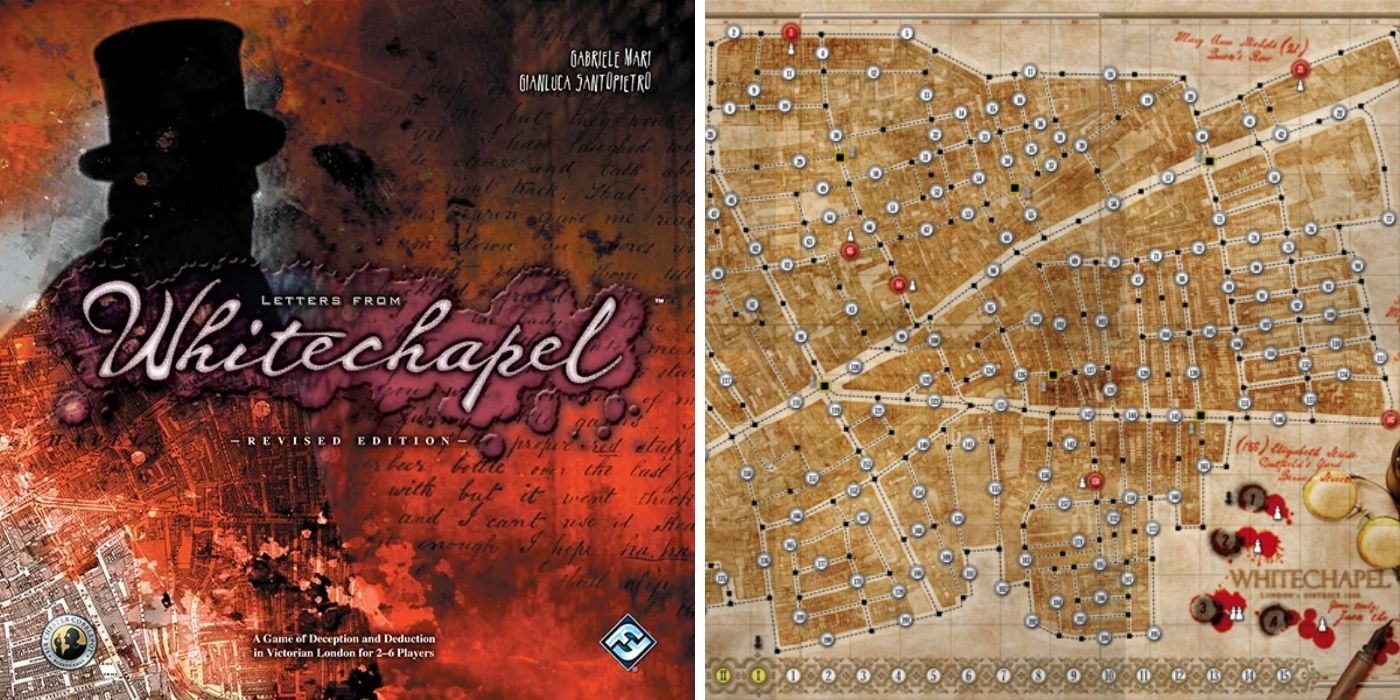 In Letters From Whitechapel, you and your friends will be attempting to stop Jack the Ripper before they claim five new victims. Jack's movements are hidden, but clues are always left behind. Both sides have plenty of tricks up their sleeve to try and deceive one another. There are potential decoy victims, intense chase sequences, and more to add a lot of excitement to the game. Everyone feels like they have a real chance at winning as Jack and the detectives' attempt to outsmart one another at every turn.

Letters From Whitechapel is more in-depth than Nuns On The Run and Scotland Yard, with a playtime of around 90 minutes. It feels like a real cat-and-mouse chase and gets more intense with each passing night. Will Jack the Ripper get away with it, or will they face justice? It is down to you. 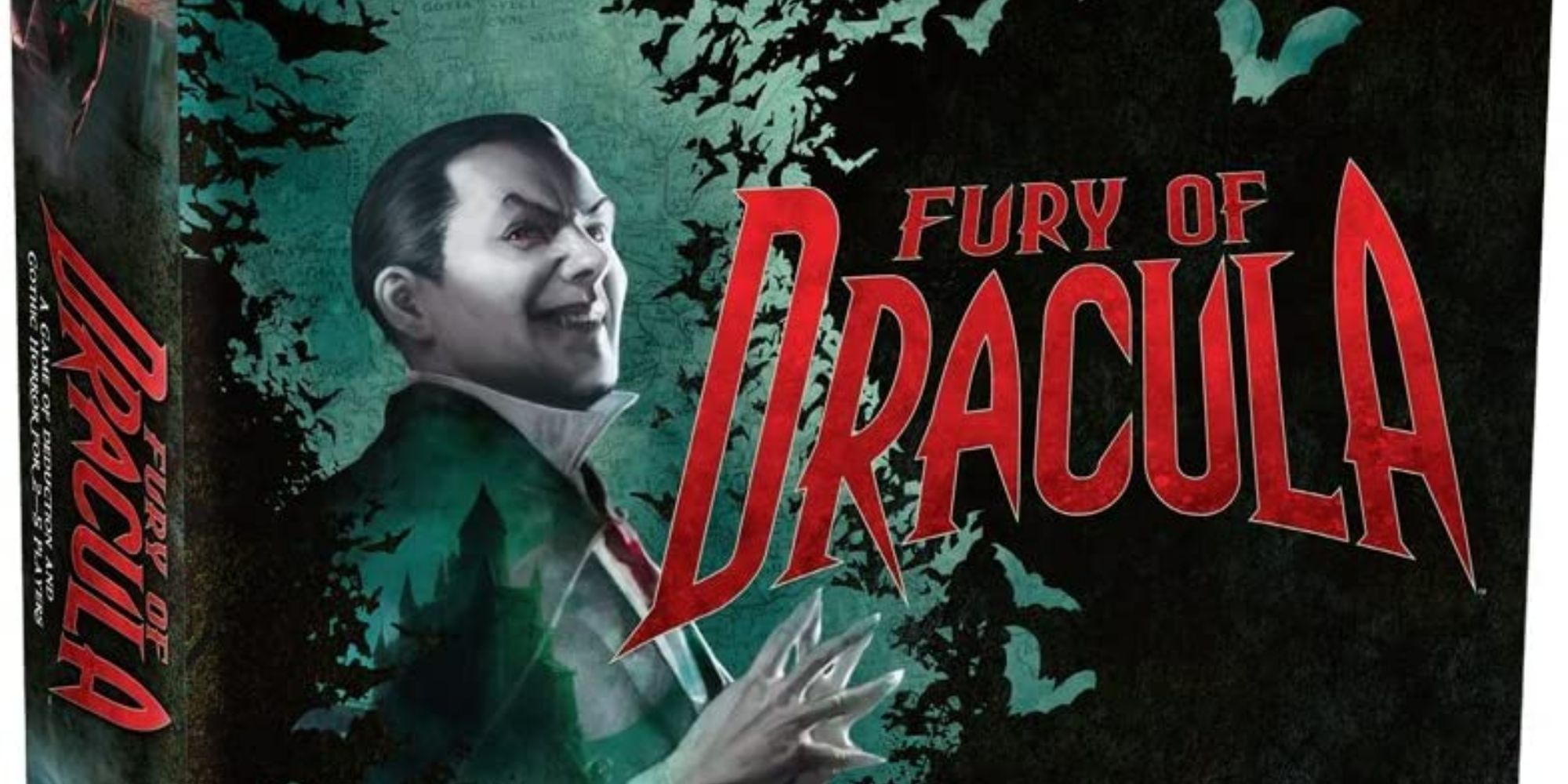 Fury Of Dracula pits the terrifying Dracula against a group of vampire hunters. Most of you will be working together cooperatively while Dracula stands alone. The hunters must figure out Dracula's location across Europe before his influence becomes unstoppable.

During the day, the hunters can perform actions to try and help prepare for taking down Dracula. In the dead of night, Dracula moves around, setting traps and leaving a trail of clues behind. Unlike other hidden movement games, finding Dracula does not end the game. A deadly fight breaks out, ensuring a climactic finale. Everything about this game makes it feel like an epic adventure. 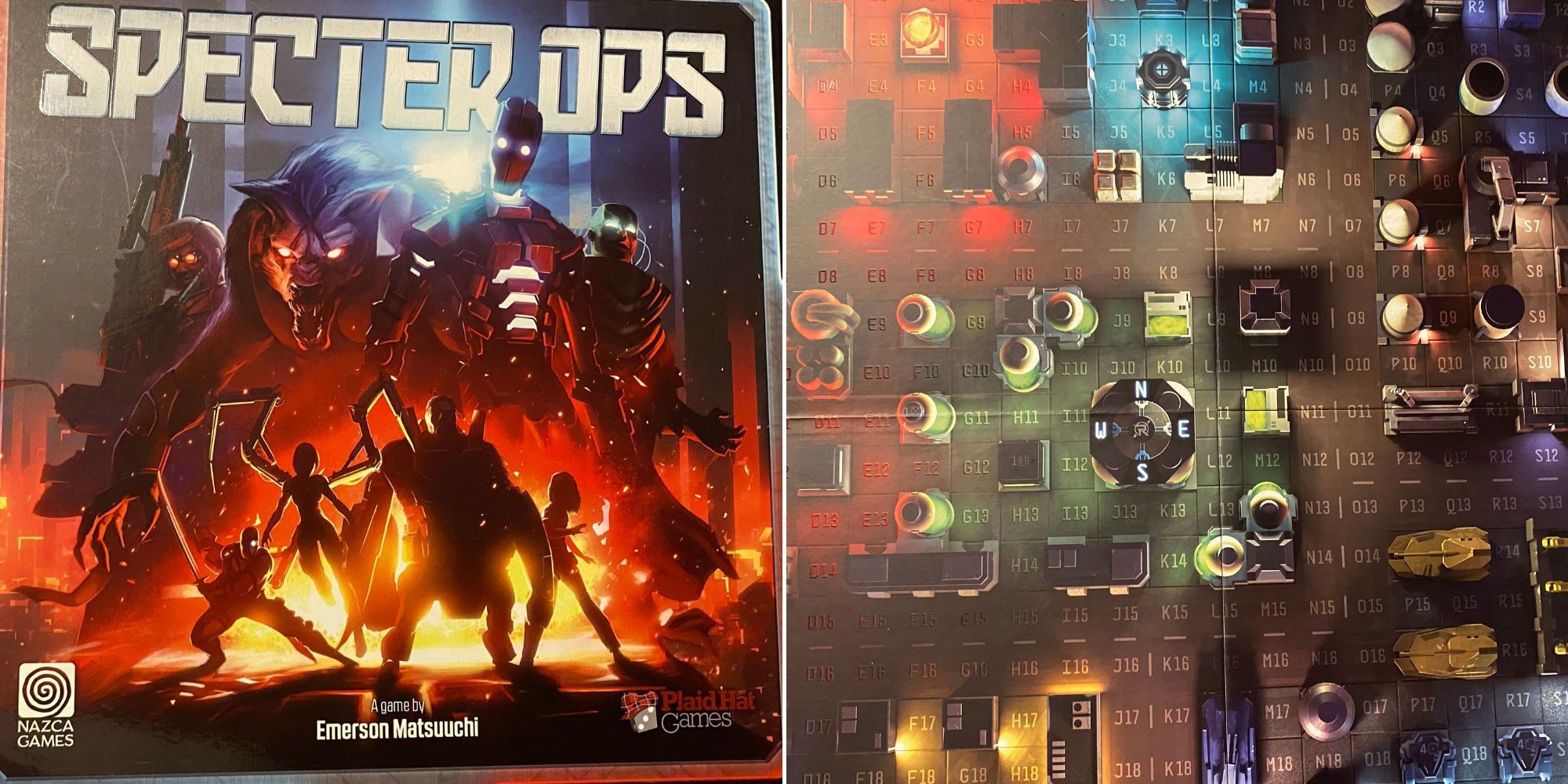 Specter Ops is about a secret agent attempting to infiltrate a highly secure sci-fi facility. They must try to reach their objectives and escape without being killed by a group of deadly hunters. Line of sight is a big part of this game. If you cross paths with a hunter, then you reveal your last seen location on the board. Luckily, you have a few different abilities to help you slip away again, such as holograms and adrenaline boosts. The hunters have unique abilities, too, such as long-range snipers and even a vehicle to speed around the map.

Specter Ops is great with two players and beyond. In a two-player game, one of you will just have to take on two hunters instead of one. Specter Ops is a fun, lighthearted hide-and-seek experience with unique powers and simple mechanics to get to grips with. 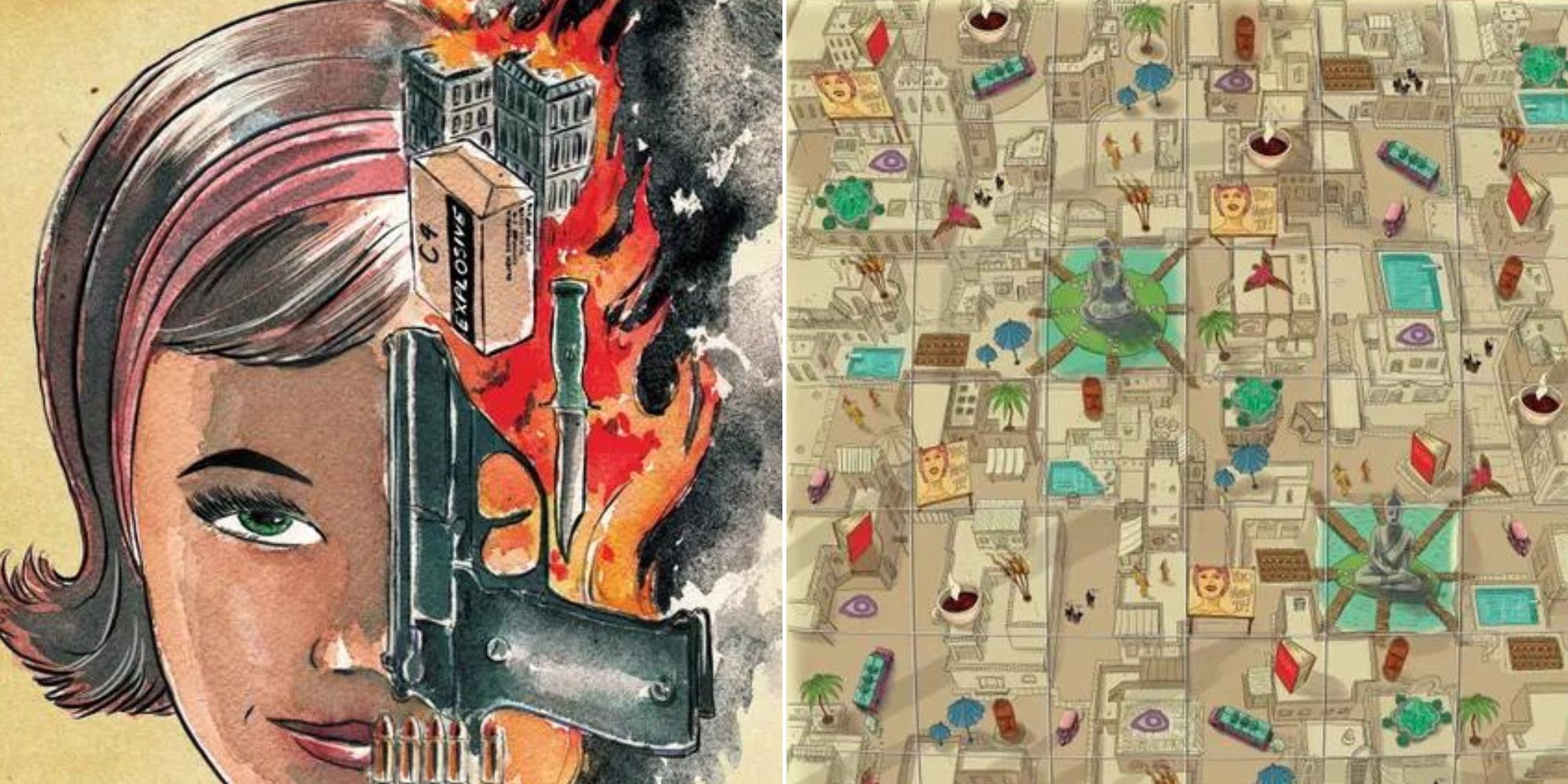 In Mind MGMT, secret rogue agents with psychic abilities are running around trying to stop a corrupt company from recruiting more people into their dastardly schemes. One of you will play as the recruiter, secretly sneaking around without backtracking, trying to avoid detection for enough turns. The agents have lots of abilities at their disposal to learn where the recruiter has previously been. The game feels like a real puzzle, with plenty of mind games involved by either side of the hunt.

Mind MGMT is undoubtedly on the more complex side of the Hidden Movement genre, but it is a thrilling experience from beginning to end once you wrap your head around the rules. The art is also incredible, created by the artist of the game's comic counterpart.

2/8 Escape From The Aliens In Outer Space 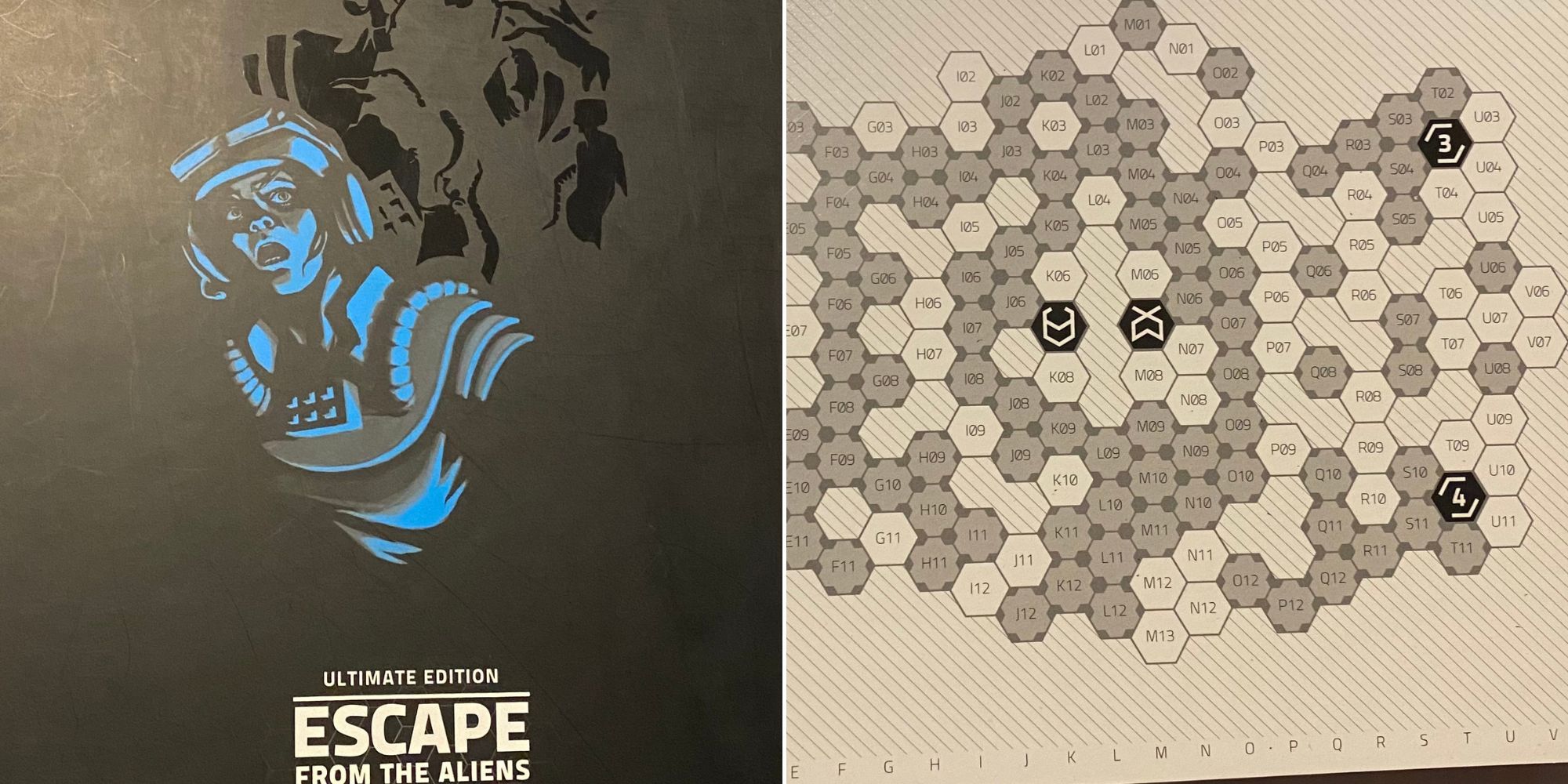 Escape From The Aliens In Outer Space is about… well… escaping aliens in outer space. Half of you will be humans, attempting to flee in one of the few working escape pods before anyone else. The other half is playing as aliens, tracking down and killing the humans, turning them into more aliens to swarm the spaceship.

Escape From The Aliens In Outer Space combines both hidden movement and hidden roles. It is an incredibly unique game where everyone is invisible. You each have your own copy of the map and track your movements in secret. Not only do you need to figure out where everyone is, but you also need to determine if they are on your side or not. There is a lot of confusion, which adds to the hilarity of this game. The game is perfect for large groups, as everyone runs around in the dark, not knowing who they can trust. 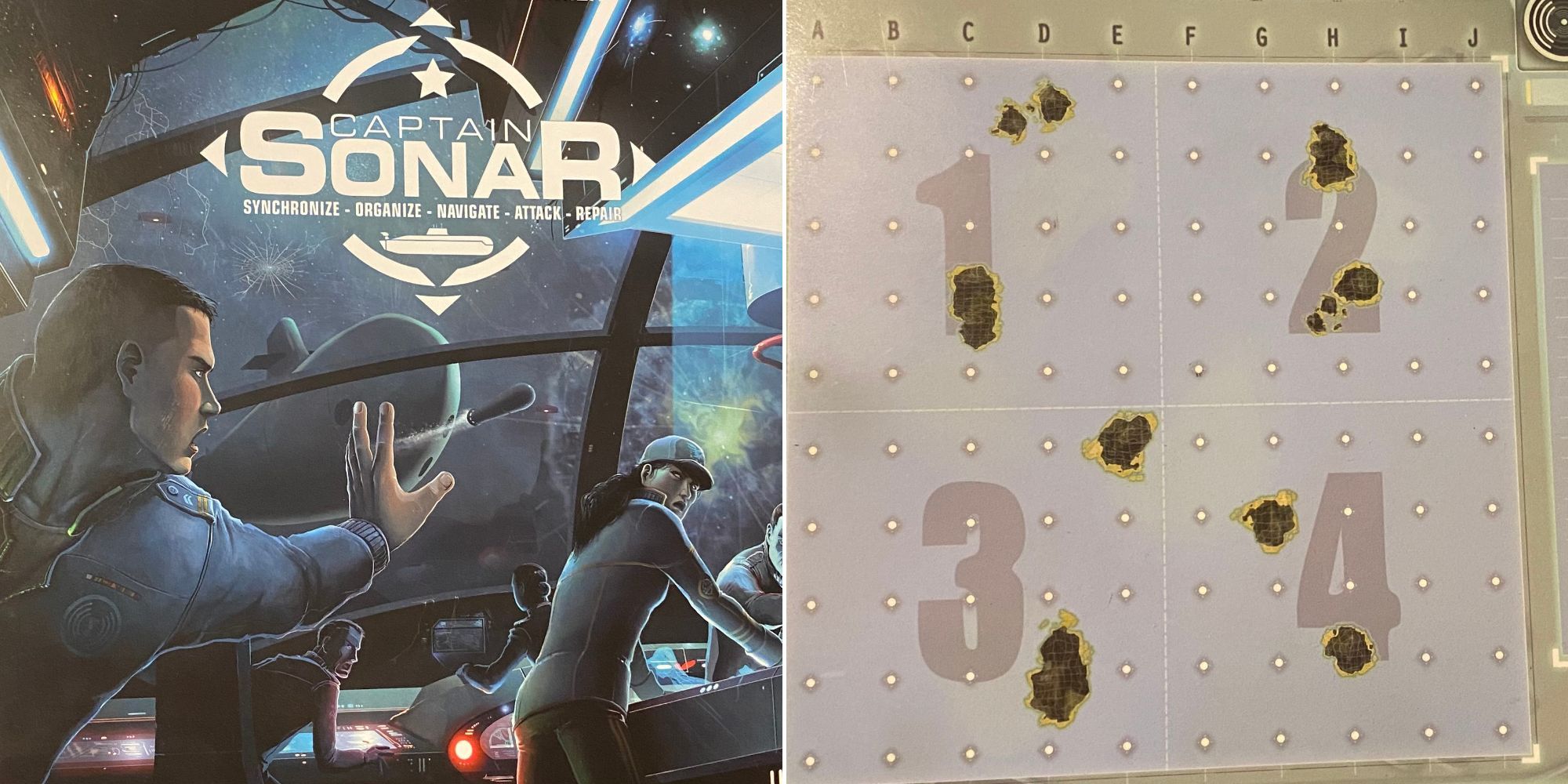 Captain Sonar is a real-time, tense version of Battleship. Two rival submarines are racing around a map, trying to narrow down the location of one another, ready their torpedoes and fire. The first submarine to be destroyed loses. You never know exactly where the rival submarine is, as they constantly move around. One of your team will be listening in on the rival team's discussions, trying to piece together where they might be.

In Captain Sonar, everyone has a vital role to play. You might be keeping the submarine from breaking down, tracking the other team, or deciding where to go next. It is a hectic experience that will have everyone on the edge of their seat. There is also a turn-based, four-player version called Sonar. Sonar is a friendly, less daunting variant to introduce to your kids. No matter what version you try, it is an unforgettable hidden movement game that everyone should experience.