Board games always have a theme to provide a fun context to your experience. You might be spies trying to figure out who you can trust, or you could be deities battling it out for control over a realm. But often, board games will have a far more grounded theme, and one of those is trains. There are countless train-themed games out there to try.

The types of game mechanics that train games involve vary, from complex tactical experiences to lighter party games. It is always rather satisfying to lay down tracks and create a thriving public transport network. If you are curious about the wonderful world of trains, here is a selection of fantastic games to get on board with. 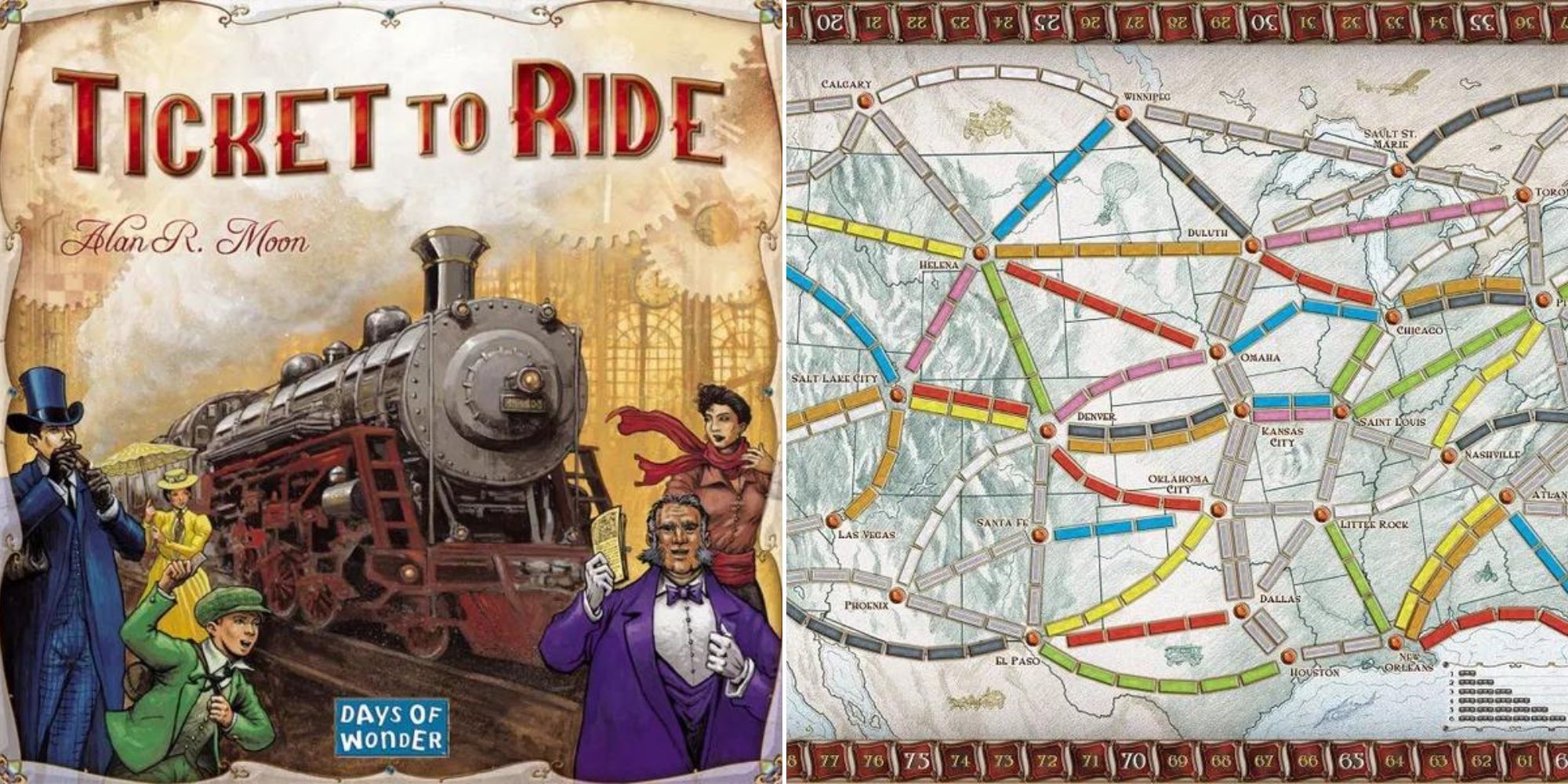 Ticket To Ride is a classic board game. It works great as a gateway game into the hobby, with its simple-to-learn rules and entertaining gameplay. In Ticket To Ride, you will be using train cards to build tracks across the map. You aim to create an extensive network that connects specific locations to one another. The more routes you complete, the more points you will get at the end. But, with everyone wanting to claim the limited spaces on the map, you'll often find yourself racing to make your trains first. It adds this fun tension throughout the game.

There are many versions of Ticket To Ride available. Often they will have different countries for the game to be set in. There are also variations of the gameplay to try. For example, Ticket To Ride: Rails And Sails incorporates boats into the game, giving you more options for routes to take. 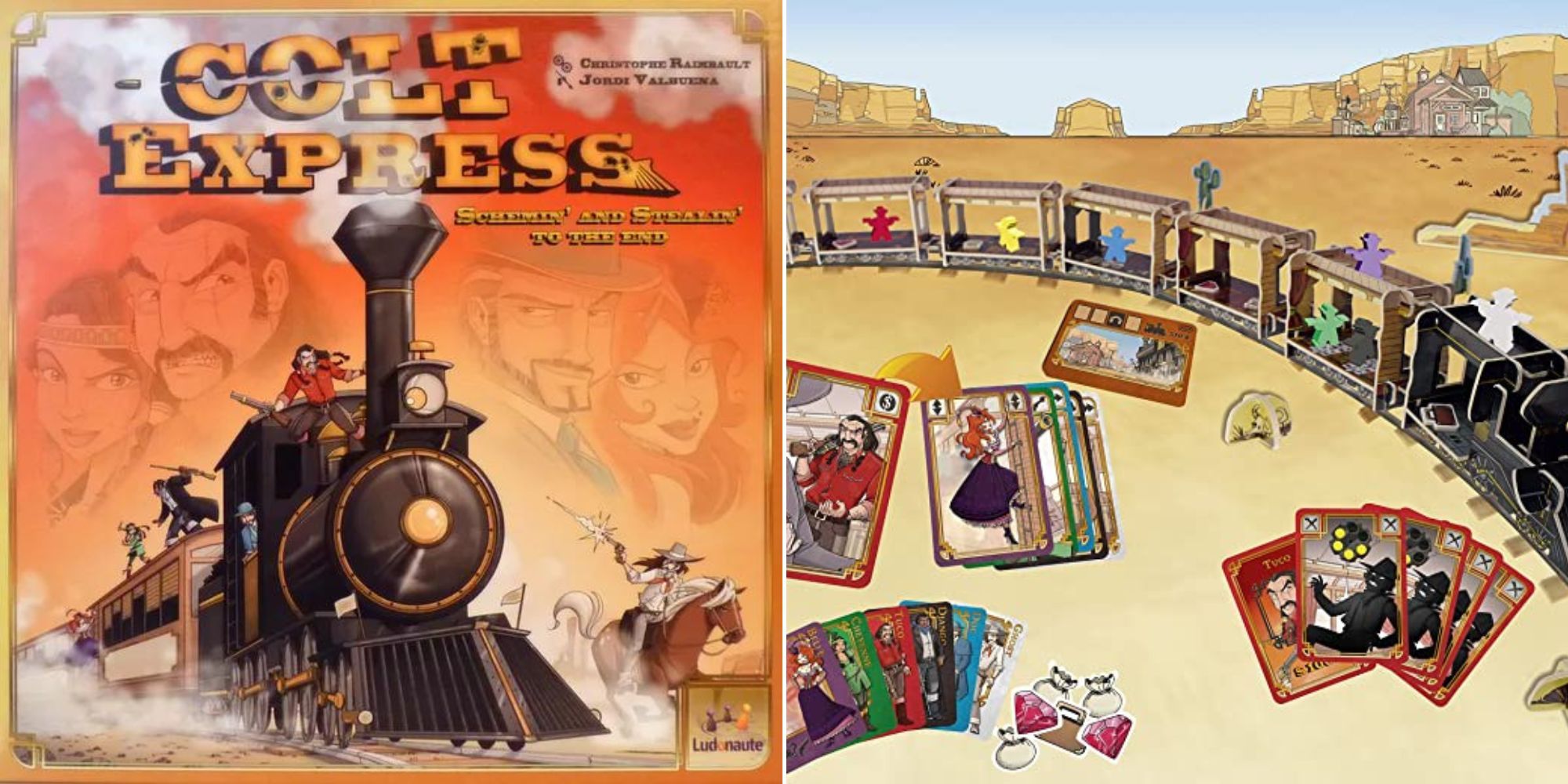 In Colt Express, you play as gunslinging bandits attempting to steal the most money from a moving train. Instead of laying tracks, you are punching, shooting, and looting through each carriage. There are two stages of each round of the game. First, you'll be scheming, playing cards into a communal pile. In the second round, each card in this pile will be activated one at a time, and shenanigans ensue.

The game is full of chaotic, silly encounters. You have to alter your plans based on what cards everyone else might play. You'll be getting shot a lot, jumping onto the roof of the train at times, and trying your best to avoid the dangerous Marshal. Each character has their own unique ability to keep things exciting and unpredictable throughout. 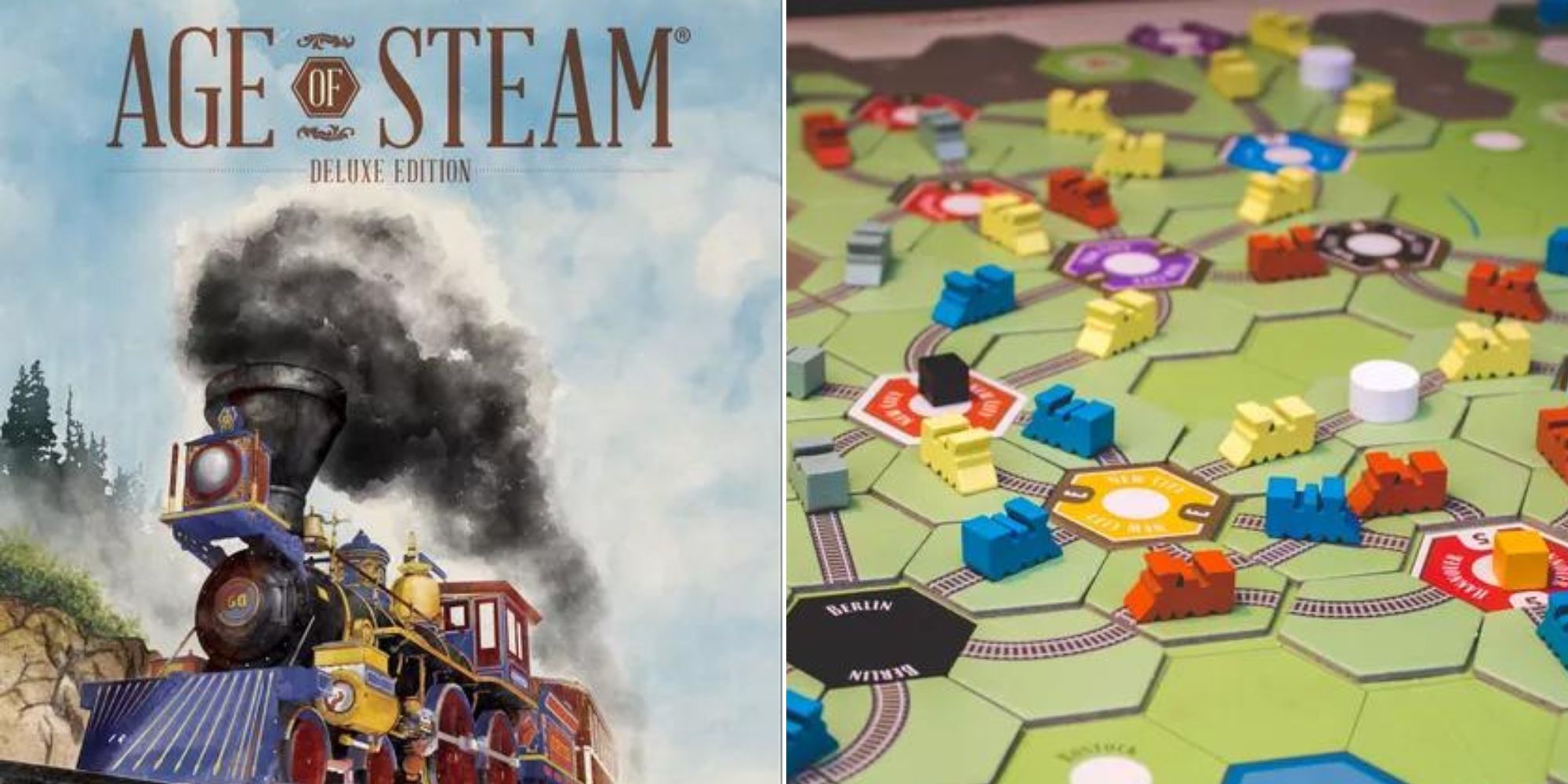 Age Of Steam is a fantastic game to play with your friends. You'll all be competing to become the best railway company owner. Throughout the game, you'll bid for turn orders, build tracks, and connect towns across the map.

There are a lot of tactics involved in Age Of Steam. You need to try and deliver as many goods as you can to earn points, but also be wary of going into bankruptcy. Take out too many loans, and build too many routes, and you might be eliminated from the game! Age Of Steam has a lot of player interaction, keeping you all engaged in each other's turns until the end. 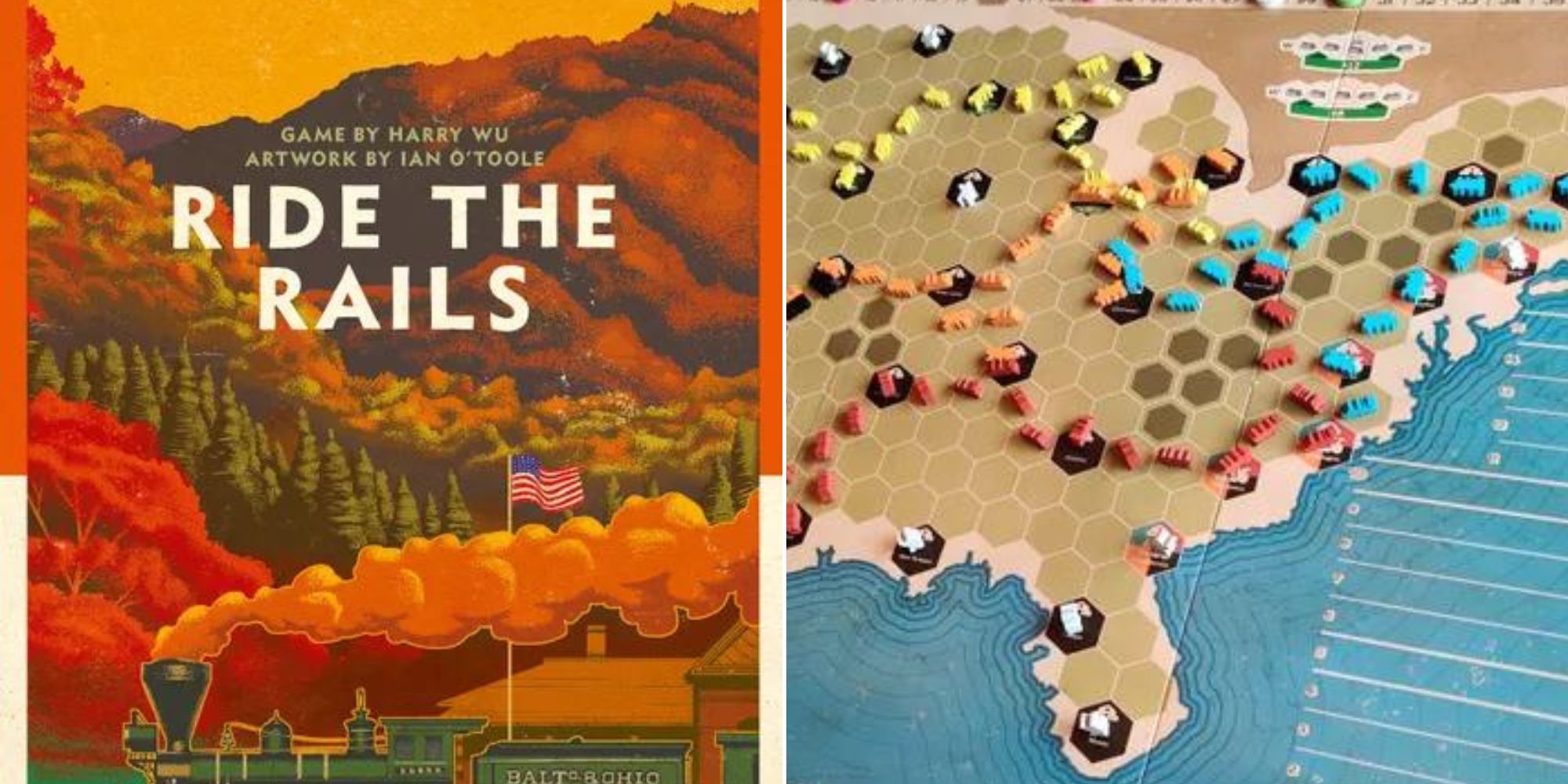 Ride The Rails is a great game for three to five players. It is all about bridging America's west and east coasts together with the use of railways. There are two stages for each round. First, everyone will be placing down train tracks to connect the cities on the map. Next, you will pick a passenger waiting at one of these cities and try to get them to travel as far as they can across these routes.

In Ride The Rails, you do not own a specific railway company. Instead, you can take shares in the different colored trains. The more shares you have in a color, the more money you'll make every time a passenger uses that route. You want to ensure you place paths in ideal locations everyone needs to use. The game often ends with people forming alliances, trying to build the best routes in colors they have a stake in. It is devilishly delightful when you manage to make another player's route completely redundant. 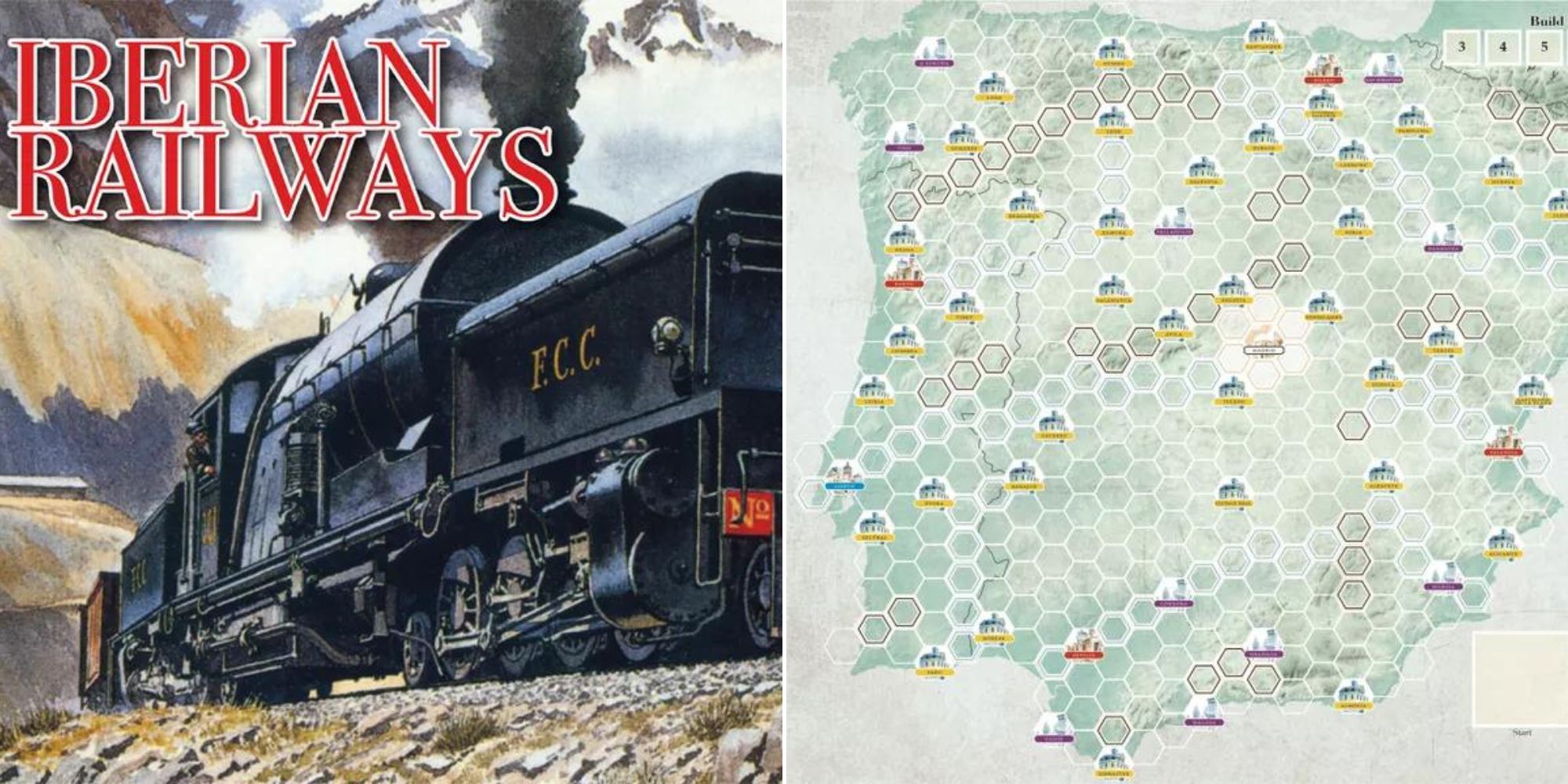 Iberian Railways is all about trains and debt… lots of debt. The aim of the game is to build routes to the various towns and cities across the map. To do so, you'll need to buy tracks. These tracks are expensive, especially when building multiple tracks at once. This means that you will have to take out more and more loans, paying back interest the longer you have the loan. The game becomes a balancing act of earning money, building satisfying routes between cities, and managing debt.

Iberian Railways is not a high-scoring game, which makes it feel close and exciting when you reach the end. Points are scored based on who has the most in various categories, such as who connected the most towns, had the most income, and so on. The game has enough wrinkles to keep you engaged without being too complicated. 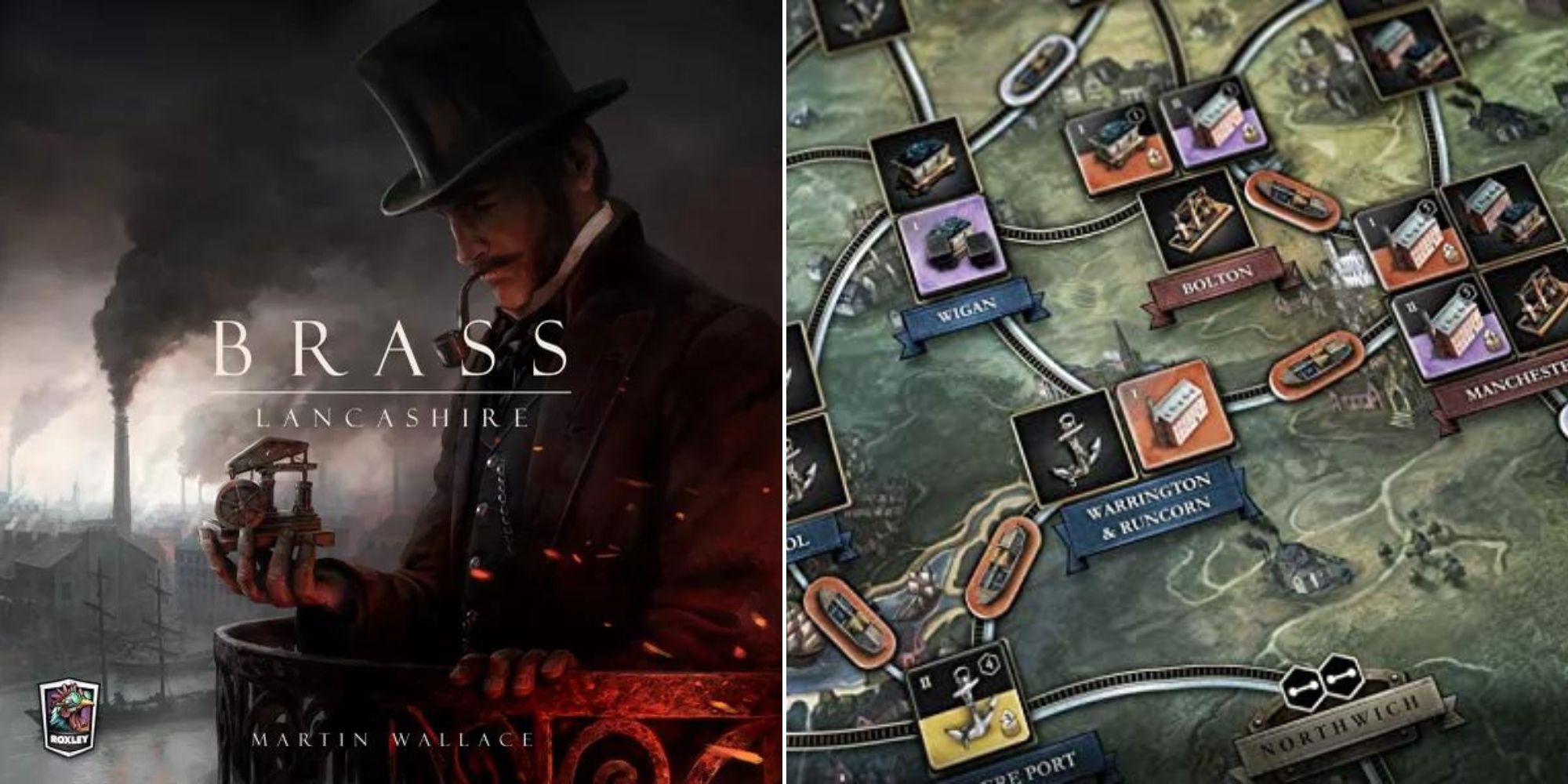 Brass: Lancashire is a complex economic game set in the industrial revolution. You'll be building various production lines trying to make a profit. It is a big game that will take up your entire night when you play it, but it is gratifying when your plans come together.

There are two main rounds of Brass: Lancashire. In the first round, you will build canal routes to transport your resources. In the second round, you switch up canals for railways, putting down train tokens to connect your production lines to the market. There are many different strategies you can try in this game. Will you focus on making train connections across the board? Will you try to focus on more expensive shipyards that are worth many points if you manage to construct them? Will someone sabotage your plans by building a production line right where you want to go? The possibilities are endless in Brass: Lancashire. 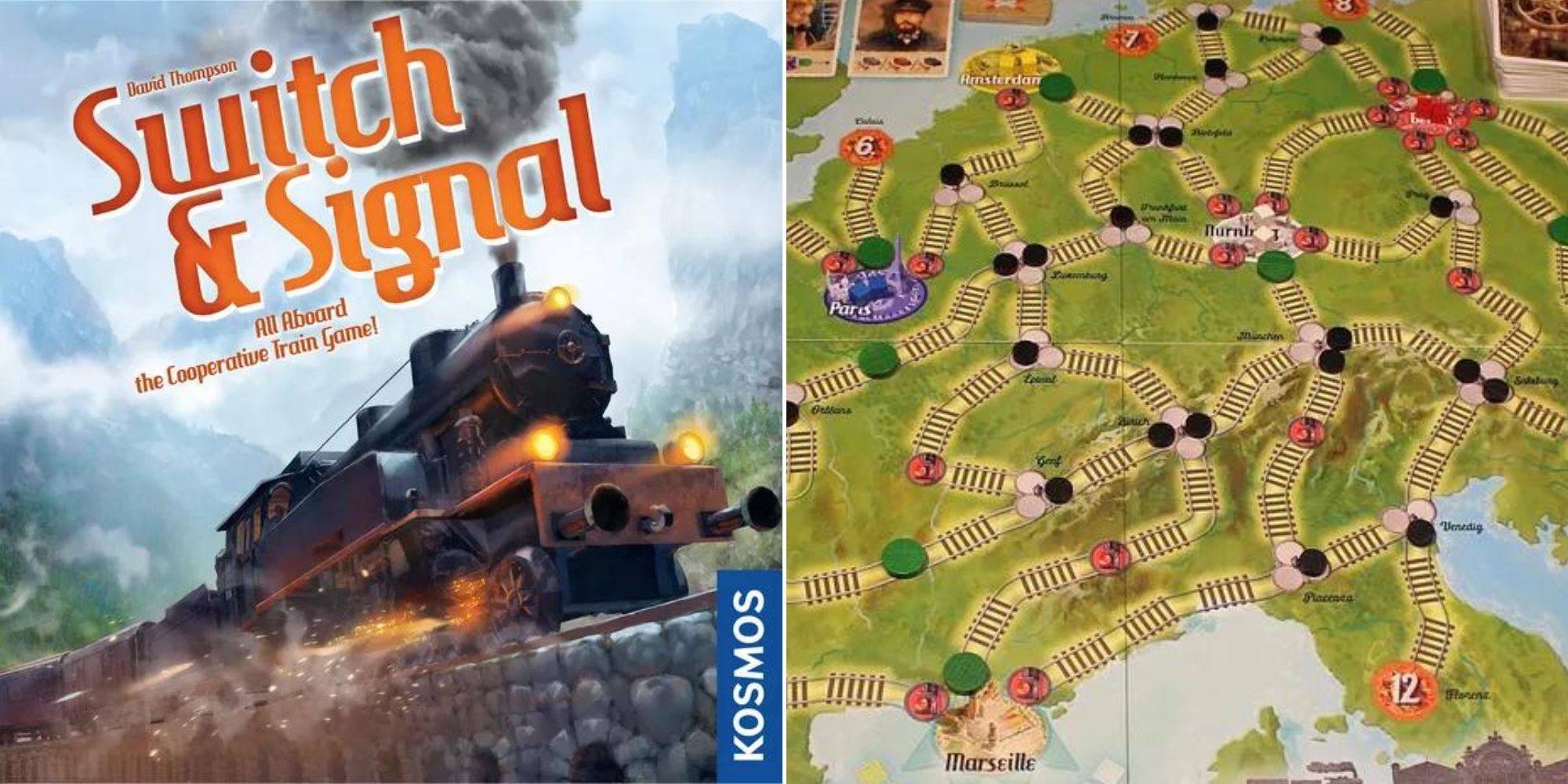 If you want a more cooperative experience, try Switch & Signal. In this fast-paced game, you attempt to deliver goods to the port before you run out of time. The catch is that you are not in charge of how fast the trains move. A shuffled deck of cards and some dice rolls will determine which trains move and how far they are planning to go. This can lead to a lot of crashes, so it is up to you and your friends to work together to keep everything on track.

Across the map, there are various switches and signals that will determine what routes the trains can take. On your turn, you can alter these routes to create a clear path for each train. As the game goes on, more and more trains will be on the map, and it gets increasingly more challenging to juggle them all. Switch & Signal is chaotic and silly but a lot of fun to play, no matter if you win or lose. 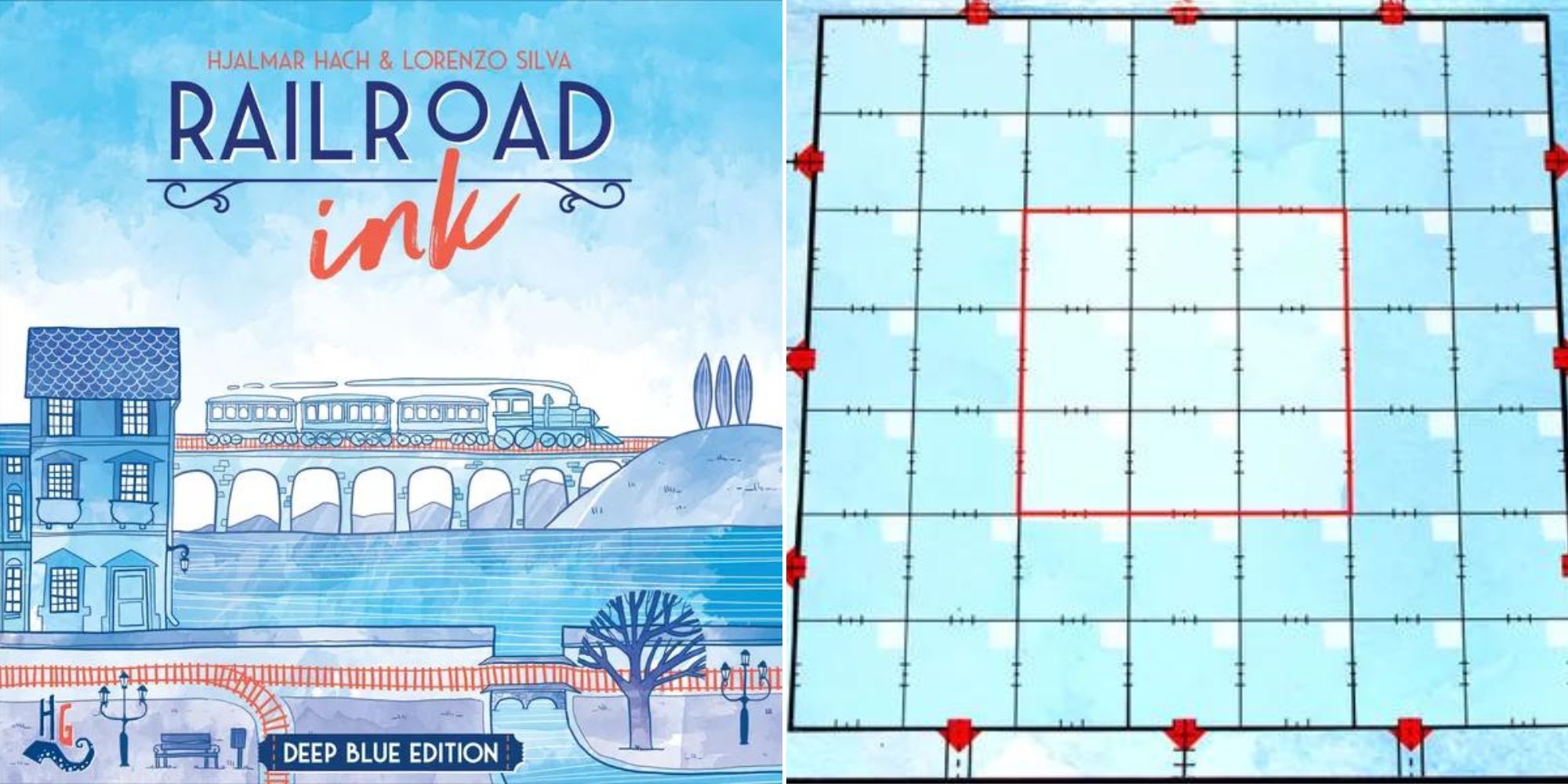 Railroad Ink is a classic roll-and-write game. You all have a grid that you will fill up with train tracks and roads. Someone will roll the dice each round, telling you what tracks to draw. You want to connect as many exits as possible into one big network. Railroad Ink is a mostly solitary experience, yet it is always lovely to see how everyone's boards have finished up. Everyone's railroad network will be different despite having the same roads and tracks to draw.

Many variations are available for Railroad Ink, such as the Deep Blue Edition, which adds rivers and lakes. Each version has a new challenge to keep things fresh and exciting. It is also worth mentioning that a fun mobile version of this game is also available, allowing you to play this game anytime.