The God of War series has come a long way since the days of Kratos wedging Poseidon's half-naked, unwilling princess into a crank to keep a gate open. The 2018 entry and 2022's God of War Ragnarok deal with what that type of protagonist does when he no longer wants to be the monster he was raised to be, while simultaneously living with the guilt of every past mistake.

If you are familiar at all with where the series is now compared to what it was like, then these heartwarming moments from God of War Ragnarok will come as no surprise. It does its best to be even more emotional and introspective than the 2018 game. 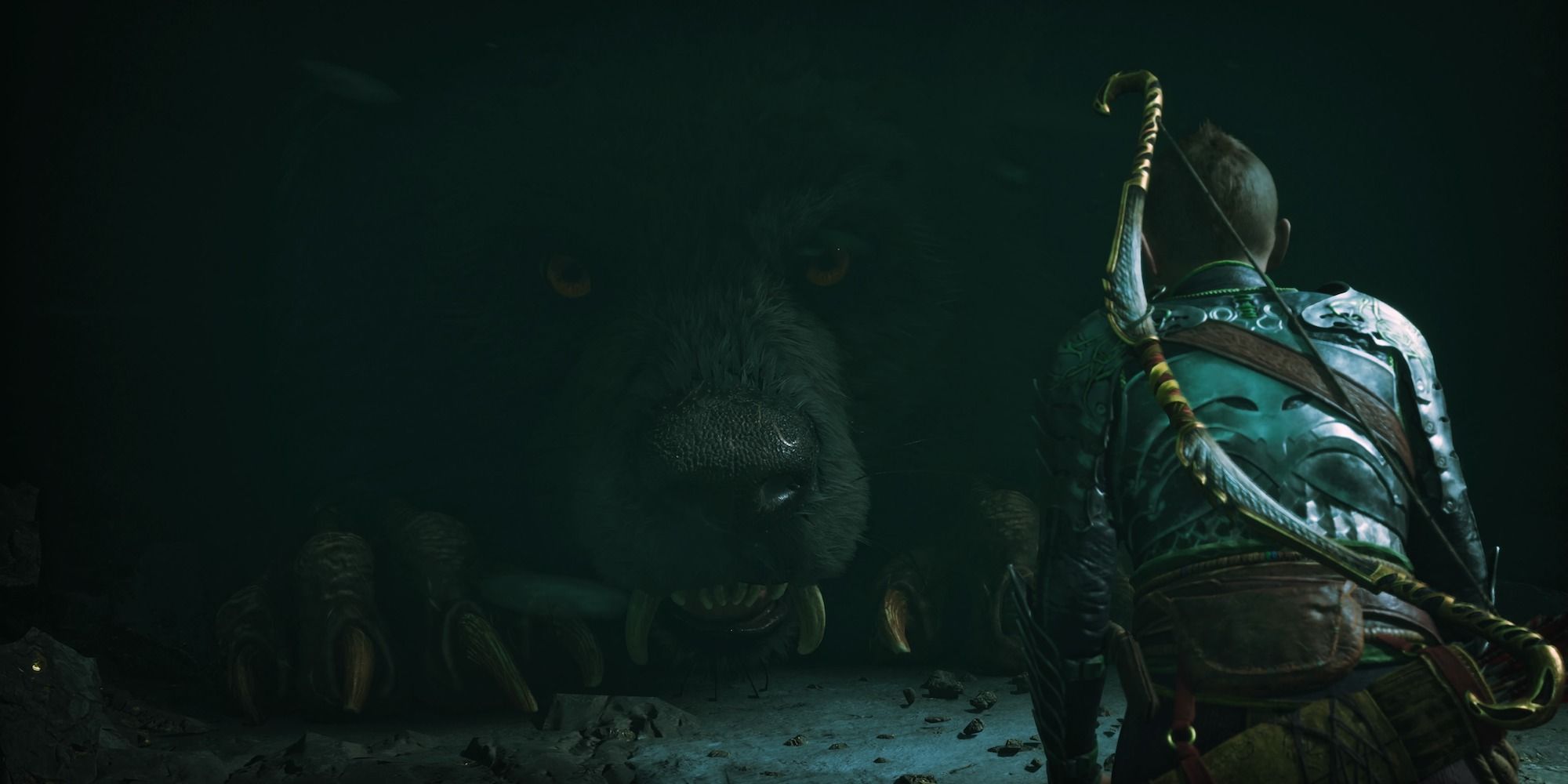 The game opens with one of Atreus's wolves, Fenrir, succumbing to illness. Little did Atreus realize, he accidentally transferred the wolf's soul into his knife with a spell. This gives him the idea to transfer this soul into Garm, the wild giant canine he accidentally sets free in Helheim.

The beloved wolf returns and joyously reunites with Atreus. The moment comes as a surprise, making it all the more sweet, though it is foreshadowed earlier in the game when Atreus first meets Angrboda. It is easy to miss the connection between the blade and the Wolf at first. 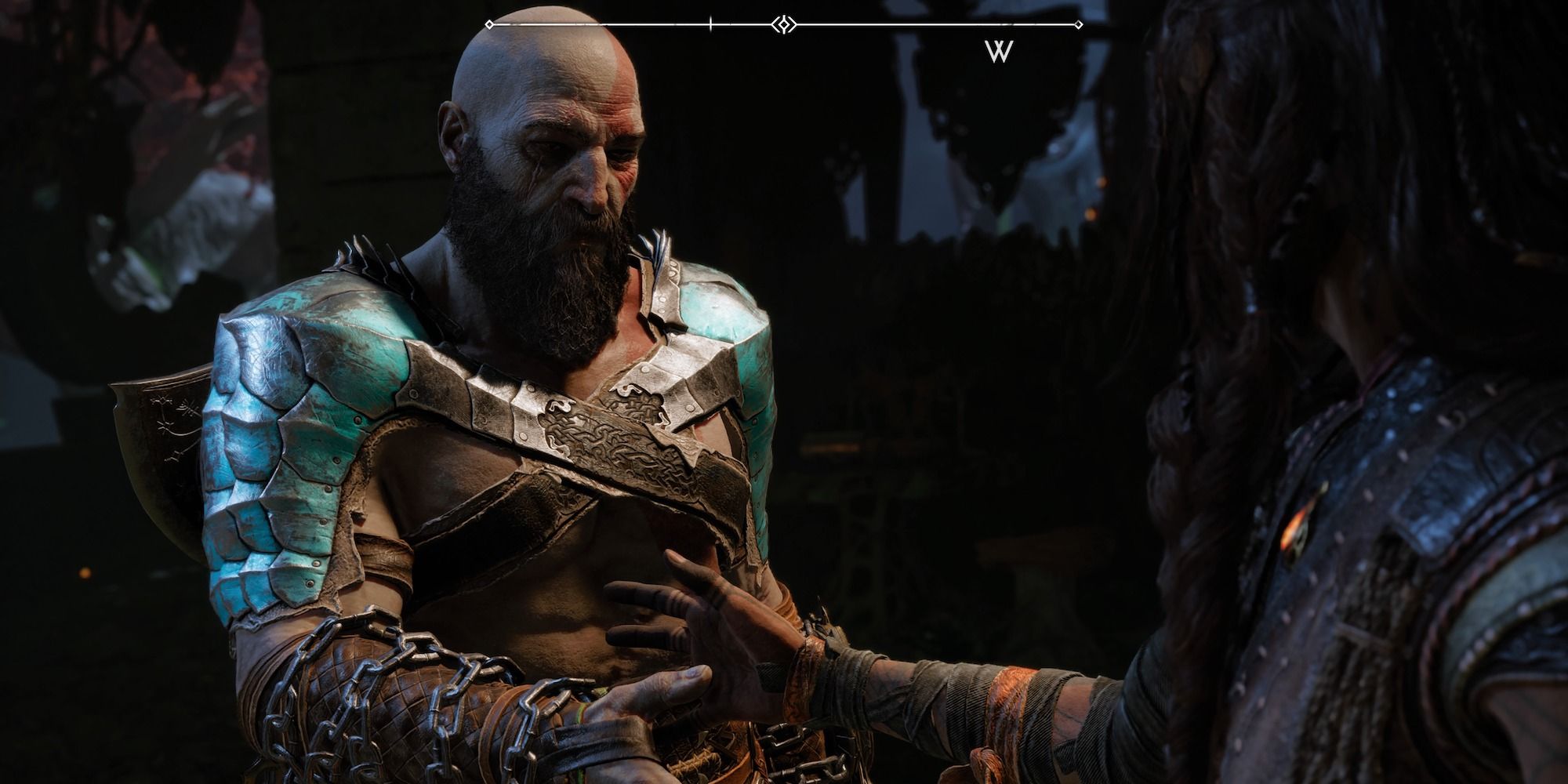 It is almost impossible for Freya to fully forgive Kratos for killing Baldur in God of War (2018), but she puts the animosity aside because she needs help breaking Odin's spell, which keeps her trapped in Midgard.

After the spell is broken, Kratos offers her the chance to kill him. She realizes she can neither kill him nor forgive him, so they decide to work together to stop Odin, clasping arms in a truce. By the end of the game, we see their relationship almost fully healed, but we understand no one ever fully gets over the loss of their child.

7/9 Kratos Looking Into The Light At Alfheim Again 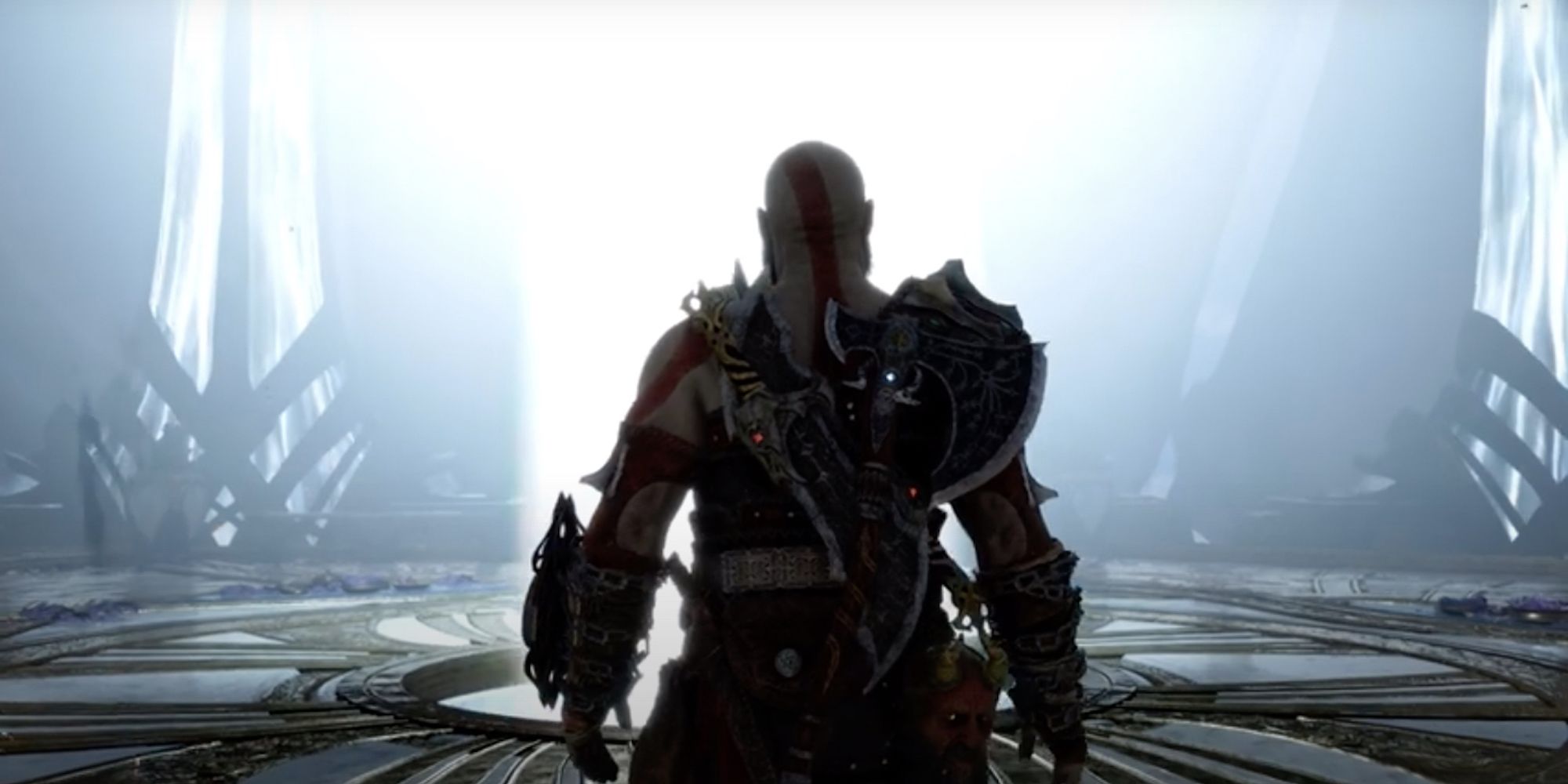 One of the more emotionally charged moments of the first Norse-themed God of War was when Kratos entered the light in Alfheim and had a moment of reflection about his relationship with Atreus. Upon returning to the same realm in Ragnarok, he is tempted to repeat his action in order to try and communicate with his late wife once again.

Atreus steps in and stops him from doing so, reinforcing that their family member is indeed gone and cannot be reached, even with this power. 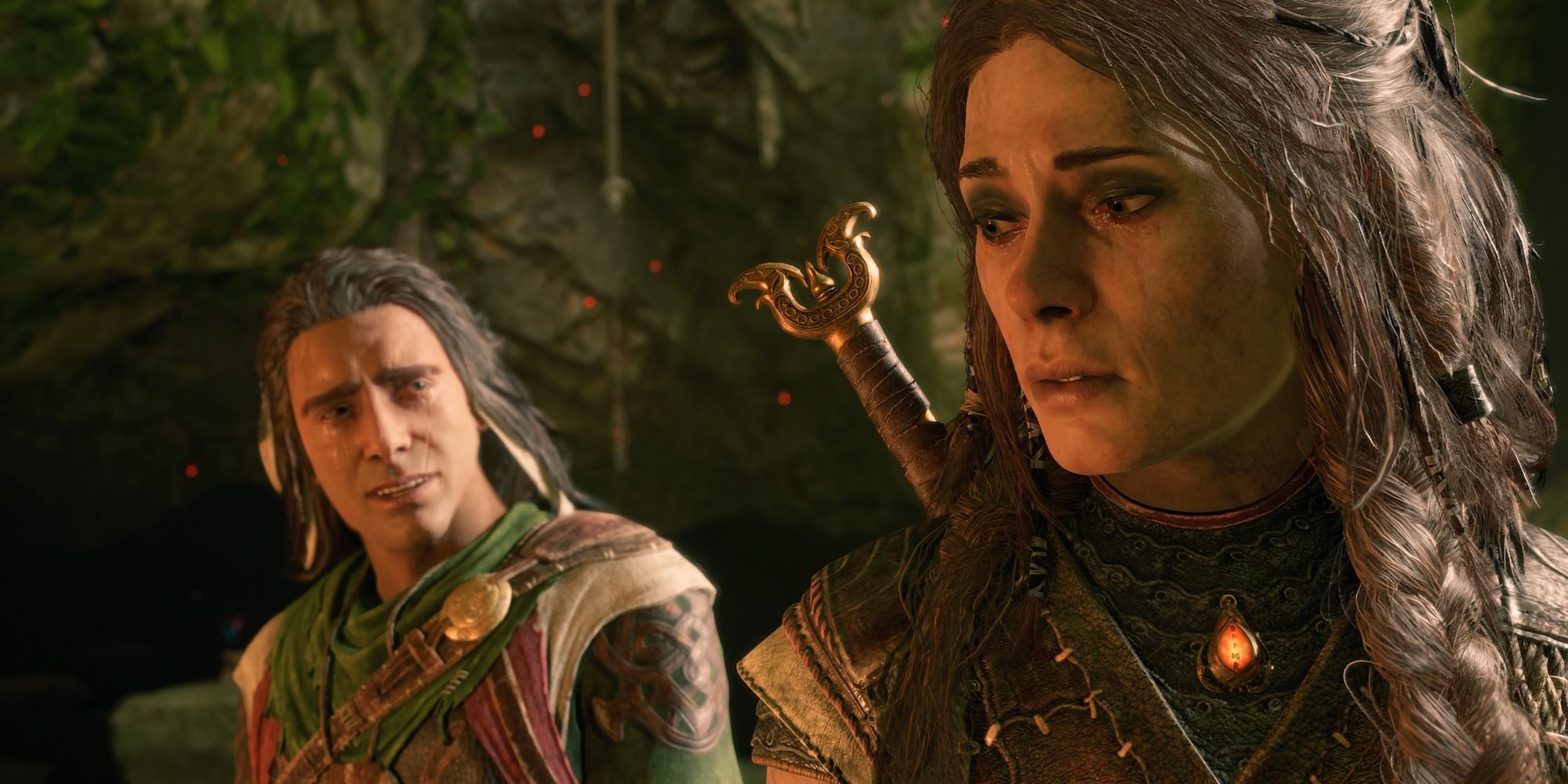 Freya speaks about her brother Freyr a lot in the 2018 game, and we finally meet him in Ragnarok. Odin's ex-wife holds a lot of resentment toward her estranged sibling and she immediately airs many of her grievances when they first meet.

Freyr expresses just how much he missed her and how long he mourned losing her, which helps her see past whatever wrongs she feels he did. Whatever bad blood might have been there was irrelevant, and easy to sidestep once they realize how good it is simply to see each other again. 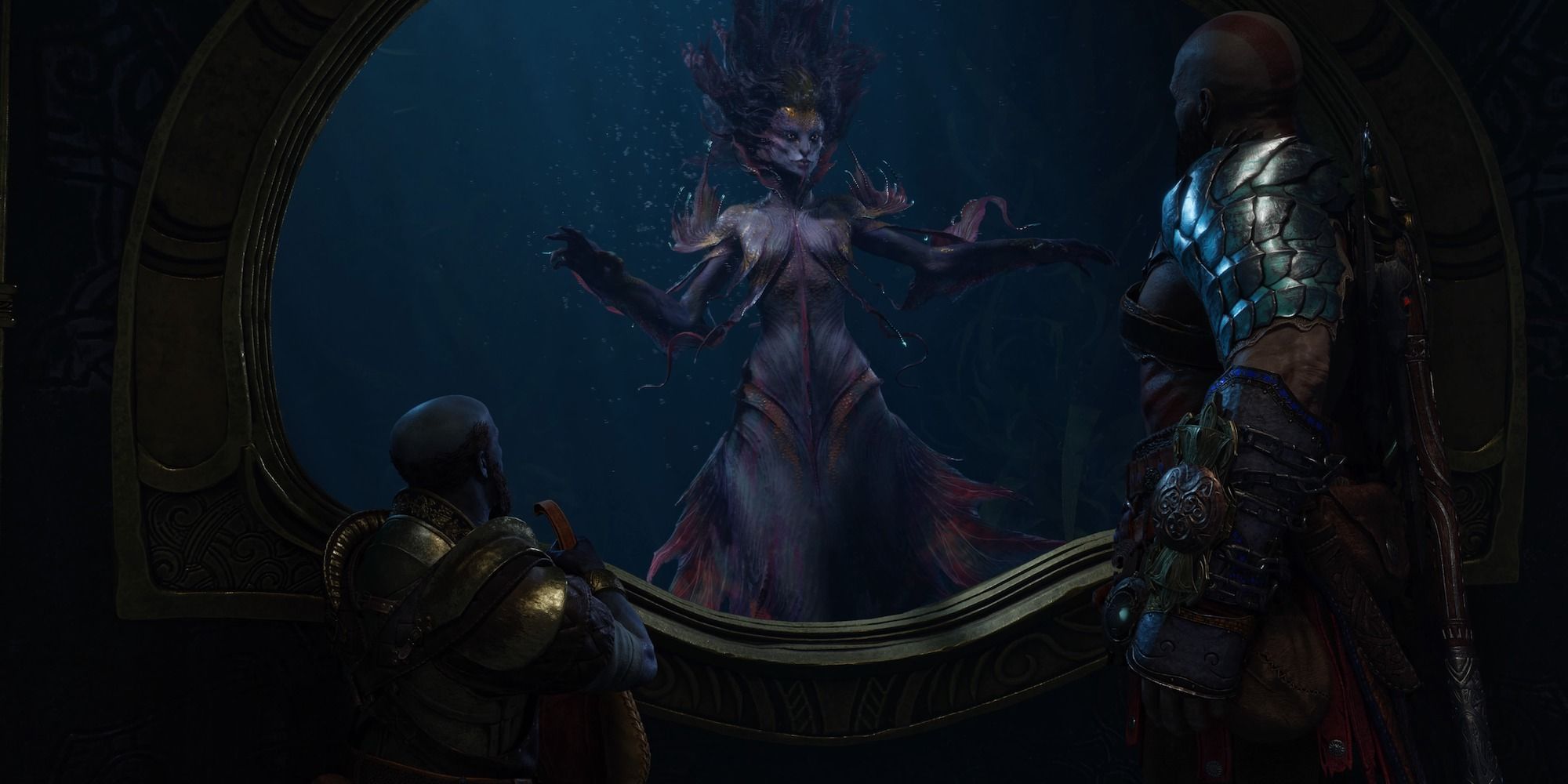 Early in Ragnarok, Sindri confesses to Atreus that Brok died in an accident and he had his brother revived. Unfortunately, his soul is incomplete. Brock's discovery of this breaks his trust in his brother and shatters his self-esteem. Shortly after this revelation, Kratos asks him to bless his newly acquired Draupnir Spear.

Brok is hesitant at first, but Kratos reassures him by repeating Brok's own words earlier in the story: "It is the nature of a thing that matters. Not its form." Brok goes through with the blessing and it sends a clear message that he has a trusted friend in Kratos. Brok passes slowly after this scene, and the potentially shattered relationship between him and his brother is one of the saddest parts of the plot. 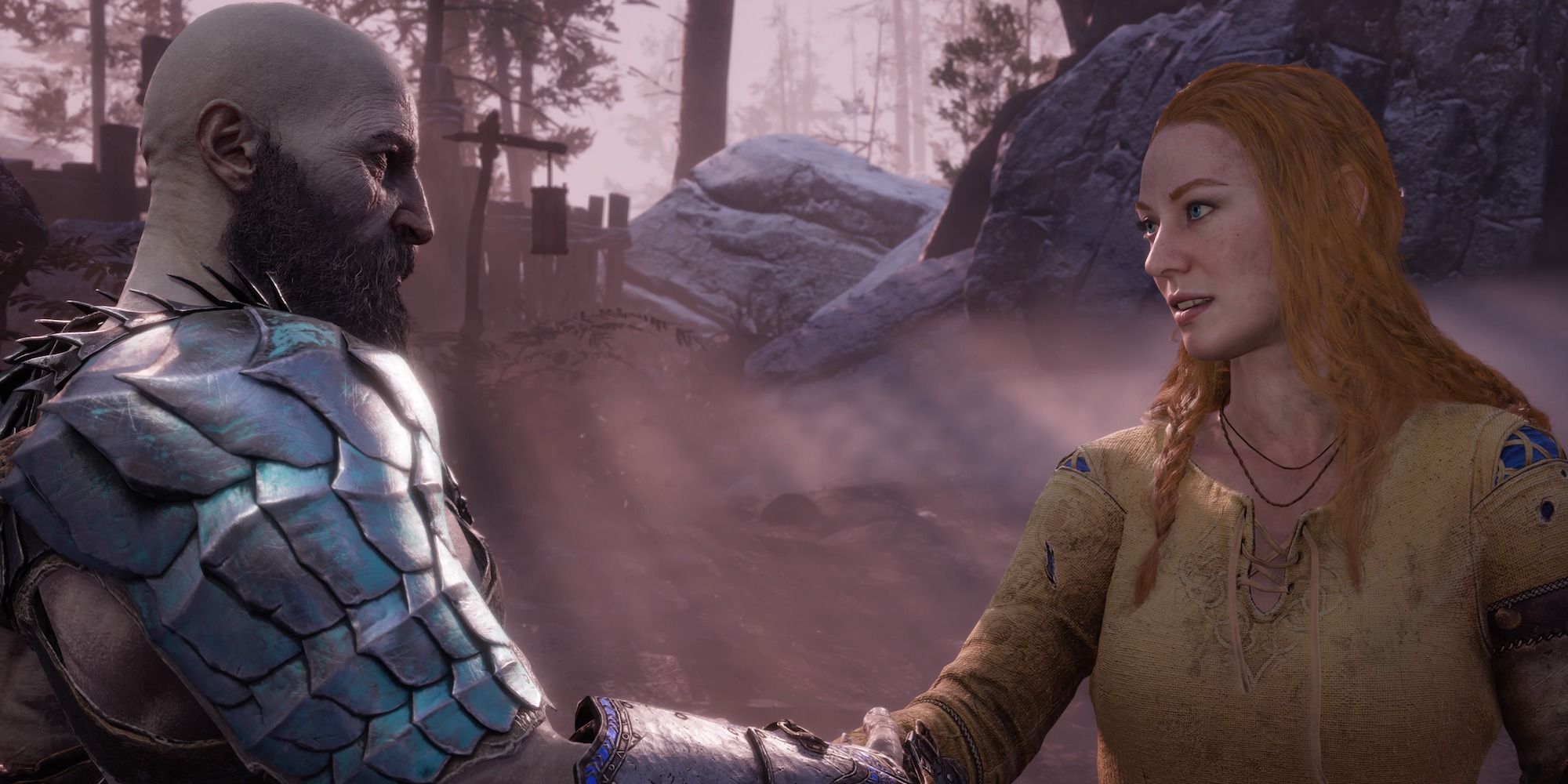 Despite Faye driving Kratos and Atreus's journey in the 2018 game, we never actually see her. Ragnarok shows her almost right away, in a short vision Kratos has. She is not done here, however. The character shows up several more times in flashbacks the protagonist recalls as he is sleeping.

They are all at key moments where he remembers just how much Faye taught him about life. Ultimately, he learns that he has to treat the world like he treated her. His love and tenderness should extend to everyone, and not just her and Atreus.

3/9 The Heart-To-Heart With Mimir And Atreus 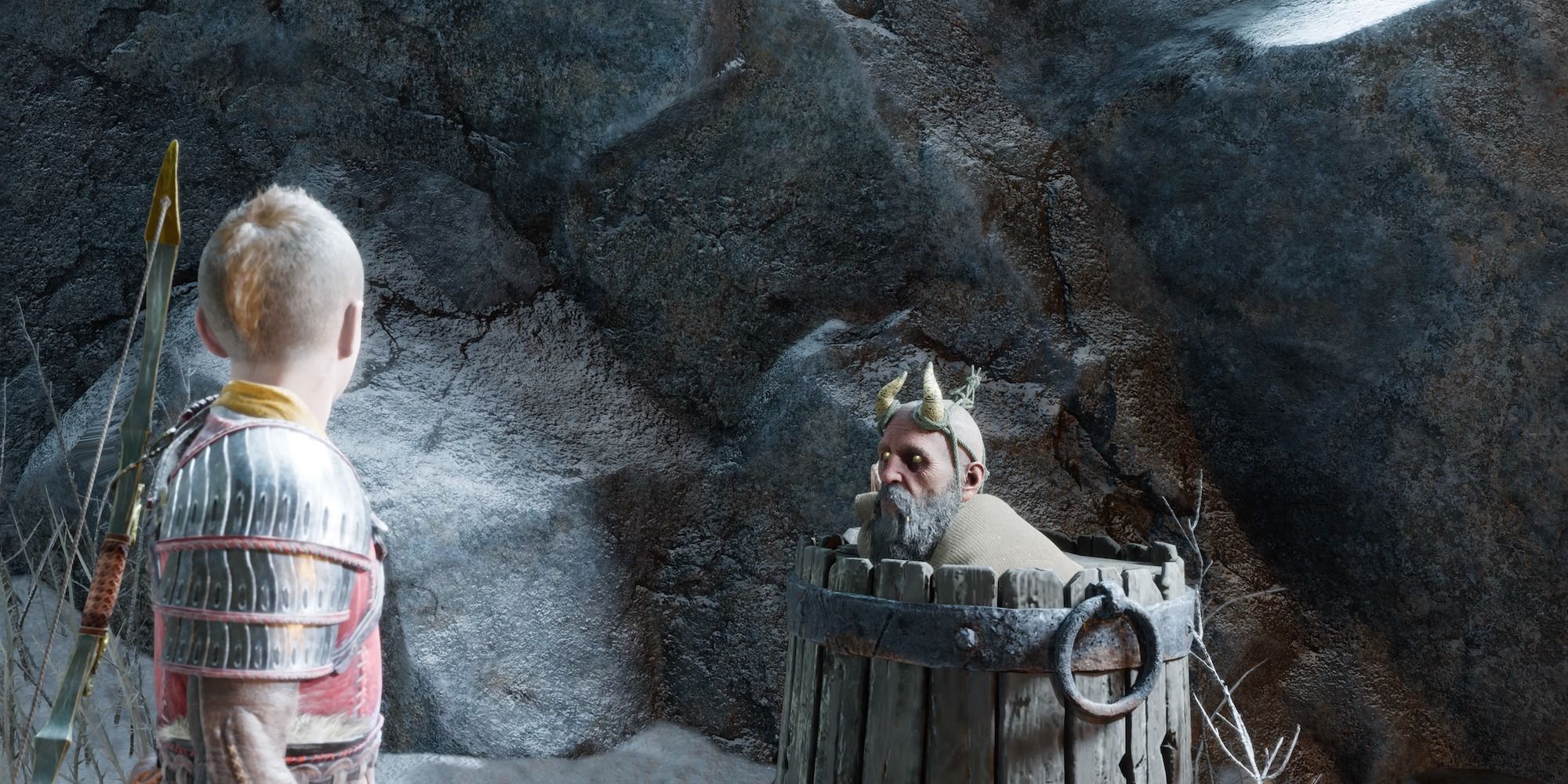 Atreus and Mimir's last conversation wraps up the two's relationship beautifully and shows that the decapitated head was more than just comic relief during the arduous journey. Atreus says out loud that he considers him to be a second father. It's enough to get Mimir choked up.

Mimir lives with a lot of his own guilt due to what he did in the service of Odin. It means a lot to him for a younger person to see him as a father figure, and it plays well into the game's themes about forgiveness and not letting your past define you. 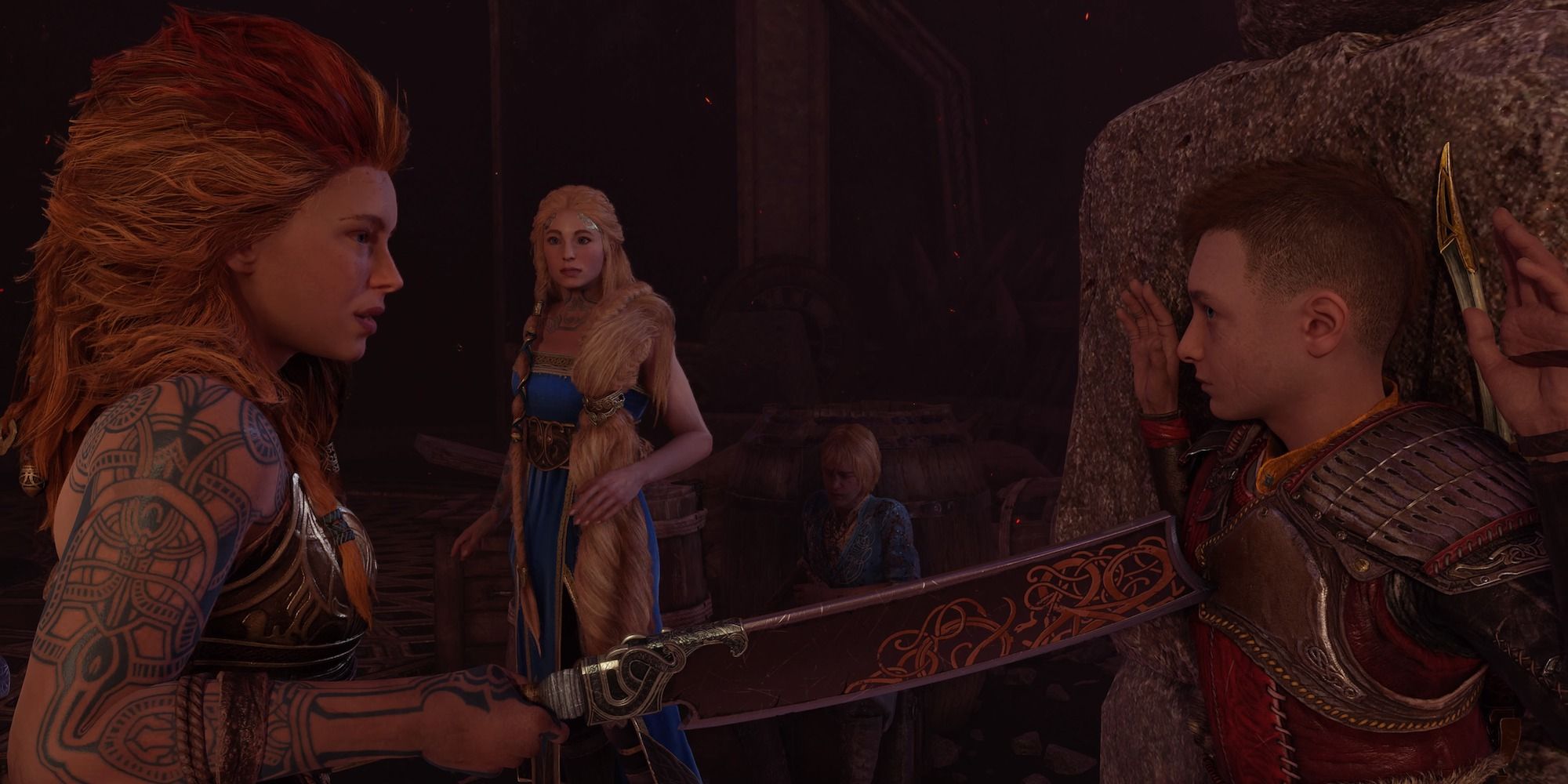 Atreus and Thrud become good friends quickly, and through this, we learn how Asgard positively views Odin. Thrud doesn't believe the stories Atreus tells her until her mother, Sif, finally confirms them as true during the final battle in Asgard. It is why, all this time, the mother would refuse to let her daughter train to be a Valkyrie.

Furthermore, we learn that Thor had spent all his life trying to stand up to his father with Sif's encouragement, but never quite could. Thrud was initially disdainful towards her mother because of this, but by the end, the two are in a better place. Thor, tragically, bites the dust earlier on but he still has his moment of defiance toward his father. 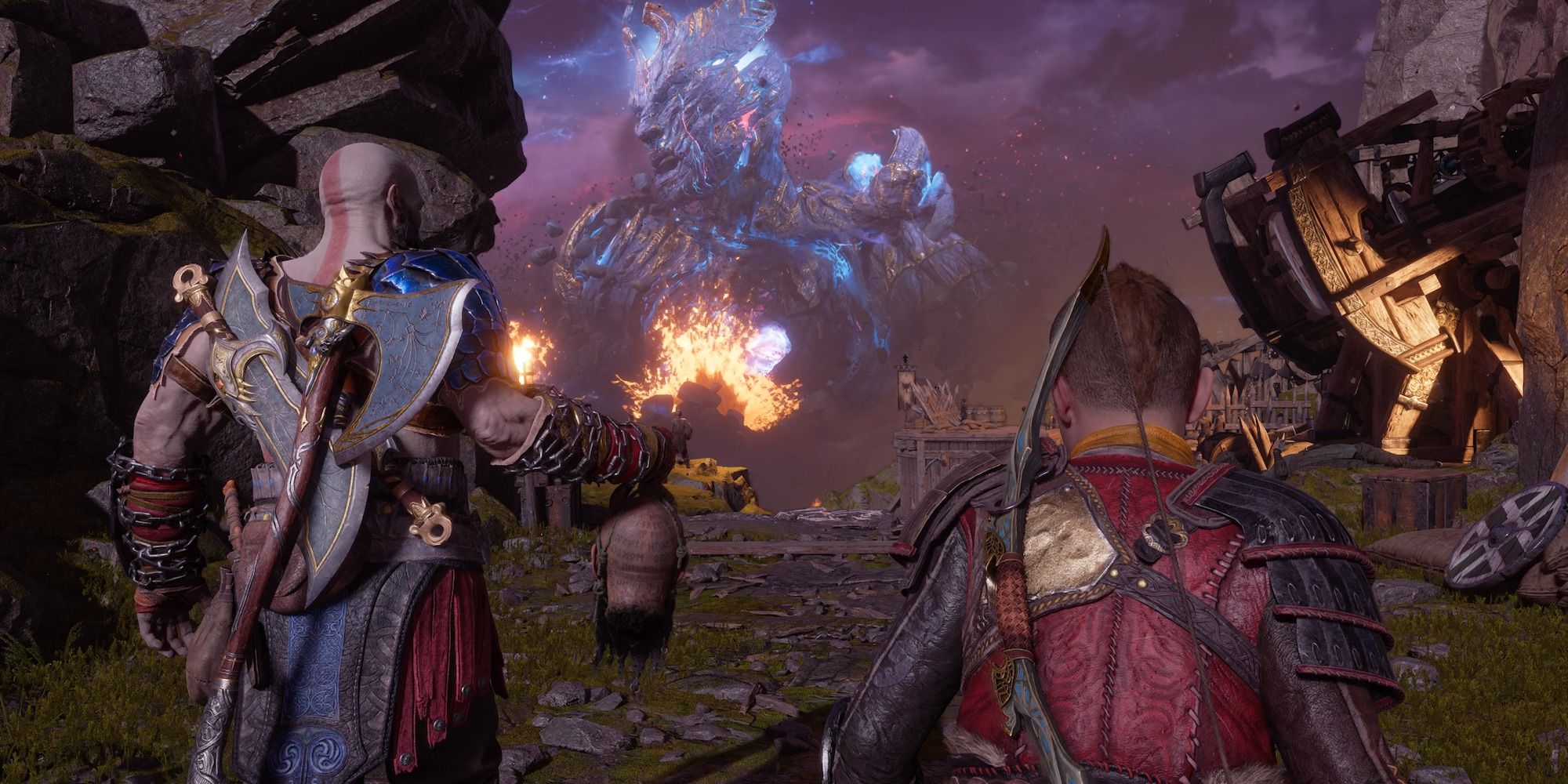 This speech is the culmination of Kratos' relationship with his son. As far as they have come together, he still generally tries to tell Atreus to shut off his emotions or "close his heart" to tragedies and the suffering of others. After they inadvertently kill a bunch of innocent people living in front of Asgard, Kratos corrects Atreus as his son starts reciting the familiar mantra.

Kratos affirms to Atreus that he must feel their pain because that is simply who he is and he must keep his heart open. All this time he didn't want Atreus to be like him, but he was inadvertently teaching him so many of the same lessons he learned.