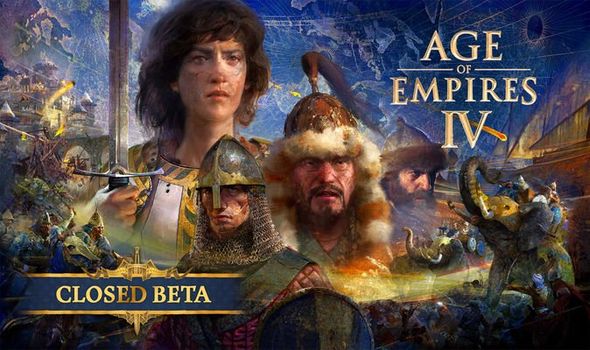 Developers Relic Entertainment and publisher Xbox Game Studios are launching the big Age of Empire 4 beta this week on Steam and the Microsoft Store.

As this is a closed test, it will be up to the development team who gets to join in and put the latest build through its paces.

The good news is that gamers interested in joining in won’t need to pre-order the game or fulfil any other monetary obligations.

Instead, the Age of Empires 4 closed beta will be open to Age Insiders on Steam and the Microsoft Store.

Relic has confirmed that this will be the largest hands-on event to date and will see thousands of Age Insiders test out Age of Empires IV.

WHEN DOES THE AGE OF EMPIRES 4 BETA START?

No set time has been announced for when it will open, but things are expected to run on PDT, which is where Microsoft is based.

Age of Empires will be playable on Windows and Steam, but for now, there will be no way to join in on this beta using Xbox consoles.

Relic has confirmed that they are running the Age of Empires 4 beta to fine-tune the game’s performance and remove bugs, with the team providing this statement:

“Fine-tune our existing systems, which means that if you’re invited to the closed beta, Relic and World’s Edge are depending on you to play as many matches as you’re able to while trying out the various matchmaking systems.

“Arm our development team with impactful bugs or balance feedback. Balance is ongoing, so the unit balance you see during the closed beta isn’t necessarily reflective of what you’ll see when the game launches or as the meta evolves.

“And begin collecting your ideas on how to best grow Age of Empires IV post-launch. While our primary focus at closed beta is to ensure stability and lend overall polish to the game by conquering impactful bugs, the Age IV team is dedicated to continually improving and growing the game. As a beta participant, you help guide our vision.”

The closed beta preview specs are: