No two rounds of InnerSloth’s Among Us are the same, and crewmate/imposter jobs can be made even more challenging depending on what map the group has chosen. But not to worry; we sympathize, and we’re here for you—the imposter, that is. Imposters who want to avoid taking a hot lava bath in Polus should take notes on these strategies.

Forget everything you know about The Skeld; Polus is a whole ‘nother beast. As the largest and most spread-out of the three maps, most crewmates have learned to stick together when playing on Polus. Imposters are guaranteed to have a difficult time finding isolated crewmates or splitting groups up—which is where the decontamination chambers and malfunctioning doors come in. 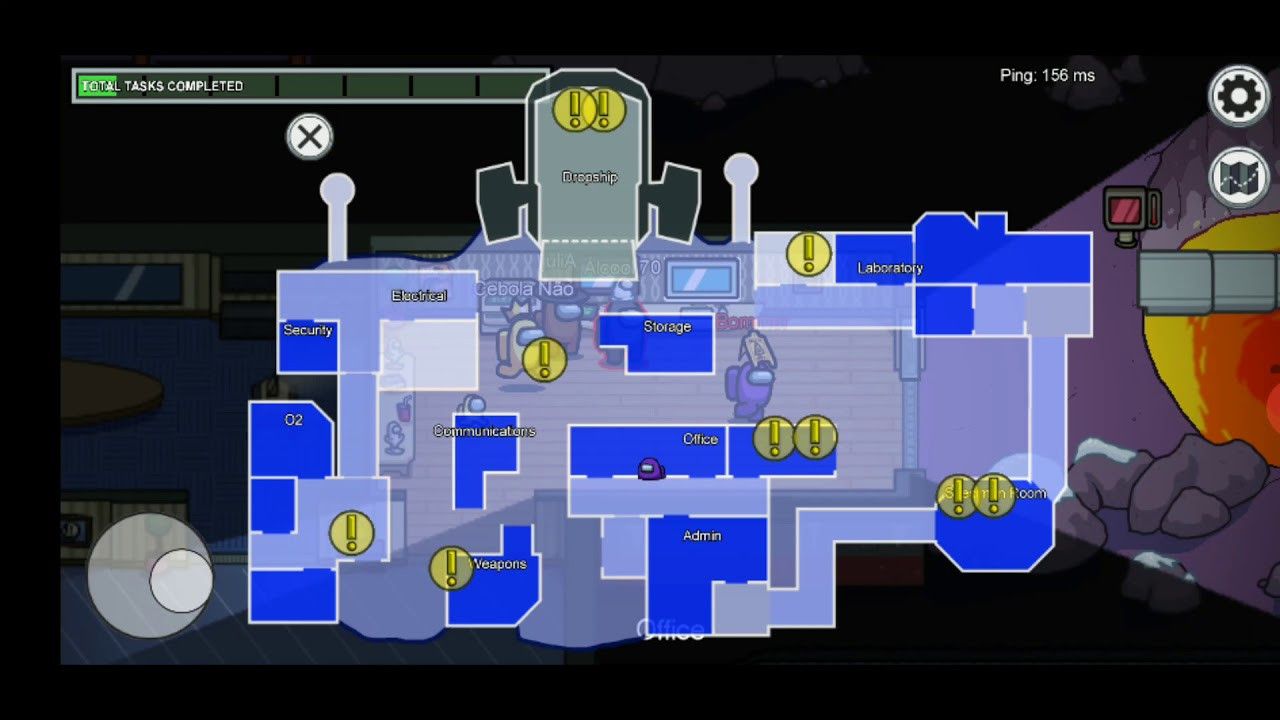 The decontamination chambers will seal in any player who enters them for the span of a few seconds. One way to use them is to gain an isolated crewmate’s trust and accompany them to tasks on the right side of the map. When you’re locked in the decontamination chamber with them, kill and make your getaway by using one of the vents conveniently placed in each room adjacent to a chamber. Alternately, you could camp out in the vents and catch an unaware crewmate emerging from the chamber.

Furthermore, any door in Polus has a chance of malfunctioning. There are only a handful of them—the little greyed-out lines in the rooms—so watch out for any crewmate caught fiddling with a door and ambush them if you can.

Unluckily, Admin and Security can catch a lot more on Polus than in other maps. But due to the sheer amount of ground the crew needs to cover on Polus, it’s harder for them to camp Admin or use the security cameras. Make judicious use of your sabotages and aim for Lights or the Seismic Stabilizers.

Polus room entrances aren’t as intuitive as the other maps, so players will spend a lot of time running around and bumping into corners, limiting their field of vision. Shrink that even more, combine it with Electrical’s extremely awkward placement, and you could easily kill someone out in the open with the other players none the wiser. The Seismic Stabilizers are Polus’s version of the Reactor Meltdown and requires at least two players to split up and move to different parts of the map, rather than across the room. Isolate and kill, though maybe not when you’re stacked up with the Crew.

Beyond those strategies, Weapons and Oxygen are great places to ambush people. Weapons has a vent out in the open, right above the room and conveniently hidden by the task popup. Any crewmate doing the Weapons task will be unable to see the imposter vent and enter the room. Oxygen also has a vent right next to its task, making it very convenient to kill and run.

Now go forth with these hard-earned strategies and kill!