I watched the first 3 episodes of Andor back-to-back at a screening with hundreds of fans, influencers, community leaders, and other excitable, deeply invested Star Wars types. When the Lucasfilm logo appeared on the screen they cheered, clapped, and whooped, swept up in the excitement of getting an early look at Disney's newest small-screen Star War—albeit on an IMAX screen so big I had to crane my neck to see anything happening near the top of it.

But what's telling about Andor is that, for the rest of the screening, there were no more cheers. Not because the show wasn't cheer-worthy. Far from it. The audience was rapt, hanging on every scene, watching it with hushed reverence. But there was no cause for fanboyish hooting and/or hollering, because Andor is that rarest of things: a Star Wars TV show that resolutely resists the urge—at least in these first 3 episodes—to wink knowingly at the audience. 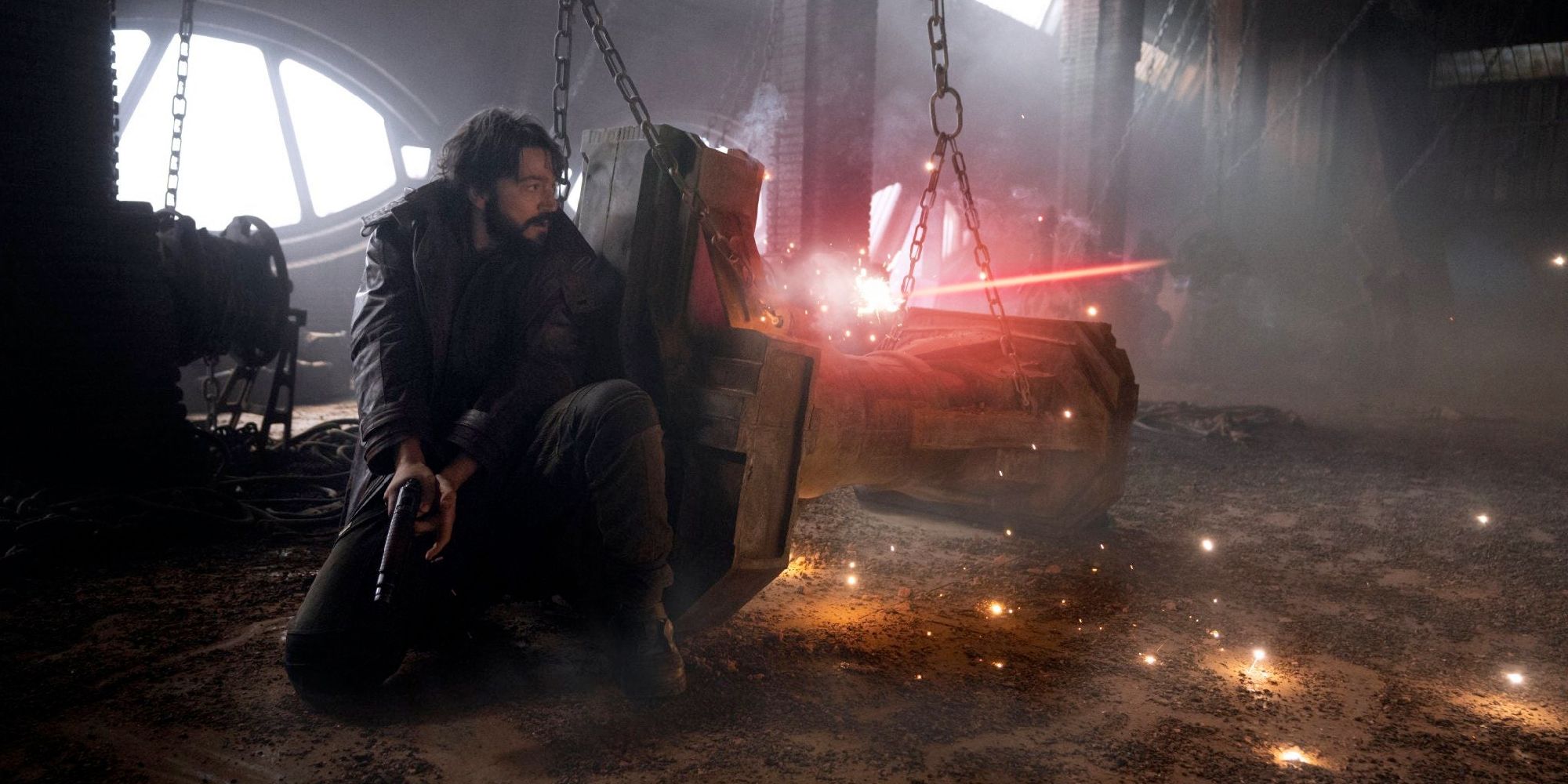 There are no throwaway references to the original trilogy, no jammed-in cameos from familiar characters, no Jedi, no lightsabers. Despite being a prequel to a prequel, the underrated Rogue One, it's a show that stands entirely on its own—and that's extremely refreshing. Granted, The Mandalorian felt like this too in its early days before lil Grogu showed up. Andor might succumb to the Star Wars TV universe's worst impulses, but for now it's its own thing

I'll be the first to admit that I was baffled by the decision to give Casasian Andor his own show. I love Rogue One for its stunning visuals, moody atmosphere, and overarching plot, but I found the characters largely forgettable and far too lightly sketched to feel any real attachment to. But in the same way the Obi-Wan show took a one-dimensional prequel character and made him feel like a person, I was immediately captivated by this new iteration of Cassian Andor.

Set five years before the events of Rogue One, Andor follows our titular hero's rise from low-level criminal to revolutionary. It's the story of the formation of the Rebel Alliance, who take advantage of the ruling Empire's increasing complacency to mount a galaxy-wide counter-offensive that—as we know from A New Hope—is monumentally successful. But at this point in the timeline, the Empire is an immovable object, firmly rooted in every corner of space. 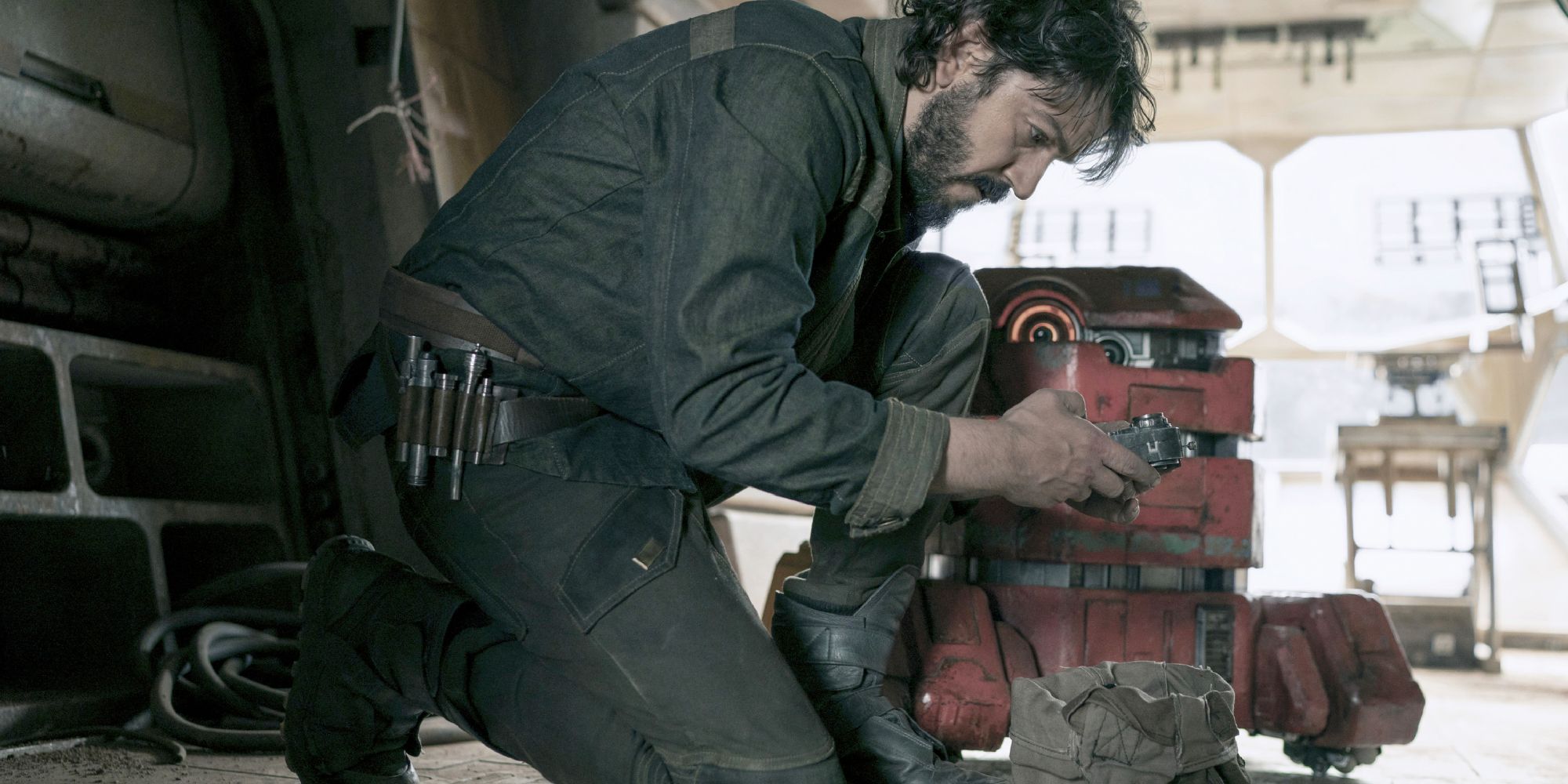 But, brilliantly, in the first few episodes of Andor there are no stormtroopers, Imperial officers, Sith lords, or other familiar bad guys. Instead, Cassian Andor and his allies butt heads with Preox-Morlana—an Empire-affiliated corporation with an army of trigger-happy security enforcers primed to protect its interests. It's a reminder that there are other bad guys in this galaxy, and giving Andor a new enemy sets his story apart from other Star Wars stories.

Syril Karn, a Pre-Mor security officer, is a perfect early villain. He's an uptight, try-hard jobsworth, wearily mocked by his superiors for taking excessive pride in his career—including tailoring his own perfectly pressed uniform. His dogged pursuit of Andor sees him teaming up with Linus Mosk, an equally dedicated, aggressively authoritarian officer played brilliantly by Scottish actor Alex Ferns—who is quietly one of the best character actors working in the biz today.

Again, this might all change as the series goes on. There are still 9 episodes left. But for now I love how confidently this series hacks its own trail through the well-worn Star Wars jungle. It's brilliantly understated as well, keeping the tropes of the series to a minimum. There are blasters, droids, cantinas, and starships, but in general the more overtly sci-fi aspects of the series take a back seat to corporate machinations, tense criminal capers, and character drama.

Diego Luna is superb as Cassian Andor. He brings a quiet, pensive intensity to the role, and has much better material to work with here than he did in Rogue One. In the film he was one part of an oversized ensemble, drowned out by the masses of people clustered around him. But here we finally get to know him on a deeper, more personal level—including through a series of flashbacks to his childhood on the forest planet Kenari—and the character is richer for it. 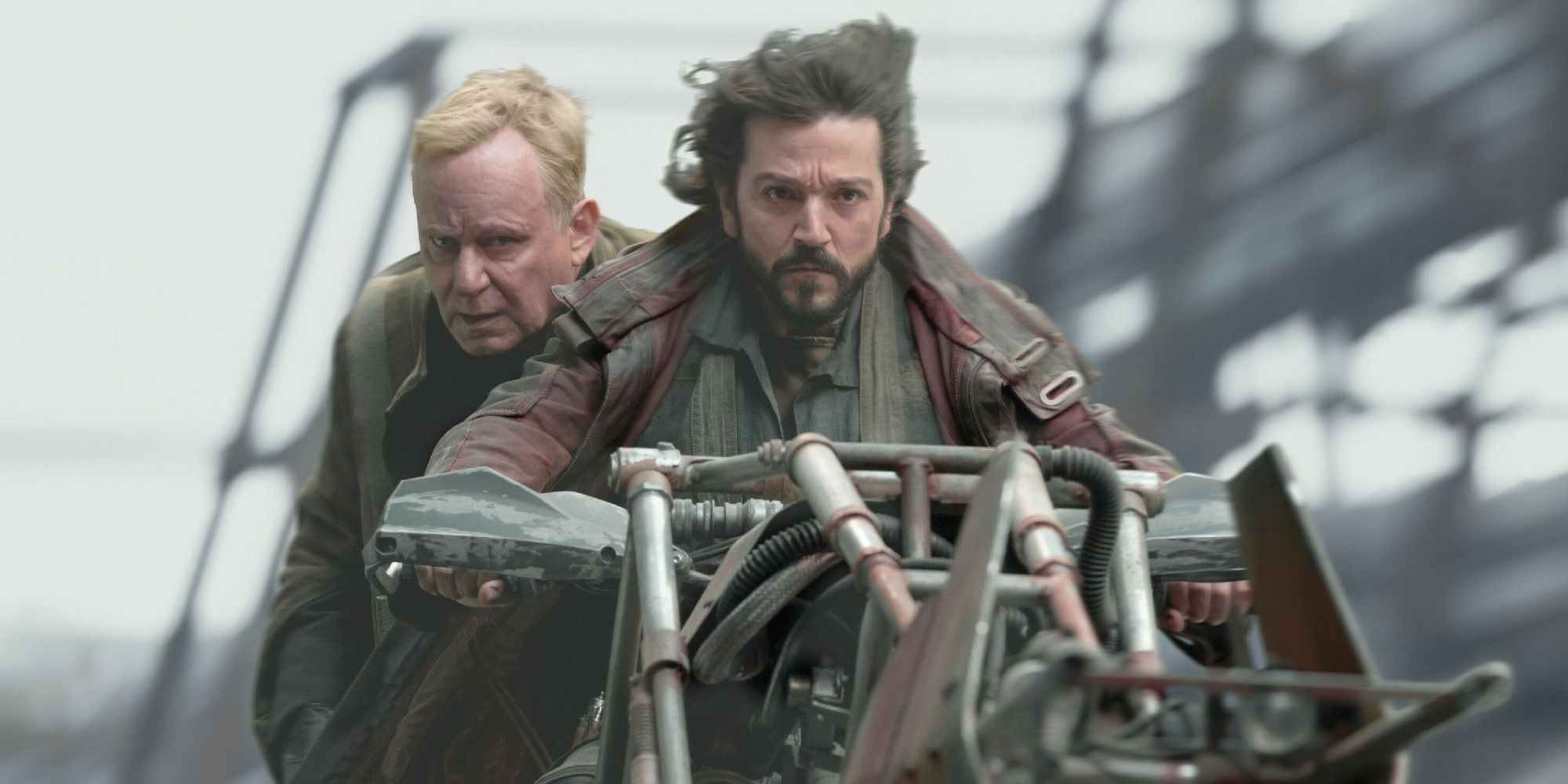 When it comes to action, Andor takes its cues from Rogue One. Its fights, chases, and shootouts are understated and grounded—which is a breath of fresh air after The Book of Boba Fett's ridiculously over-the-top final battle. There are no CG rancors, jetpacks, or irritating kids riding hover-scooters here. Instead, we get convincingly restrained destruction and violence that exists purely to back up the story. It's arguably the grittiest Star Wars has ever been.

When the credits rolled, the audience around me erupted with applause. But it wasn't mindless fanboy whooping—it felt like an earned applause. I wondered if the silence throughout the screening was a sign that maybe Andor had fallen flat. But really, it's because people were watching it. They were engaging with a story on its own terms, not just punching the air whenever something they recognised appeared on the screen to give them an endorphin hit.

Andor gets off to a slow start, and it took a while to grab me. But in hindsight I think this was the right call, because it sets a precedent for the series. If it came charging in all blasters blazing it would have painted an inaccurate picture of what's to come. This is a slow, measured, and surprisingly thoughtful show—and the first 3 episodes are proof that you can tell a compelling Star Wars story without relying on easter eggs, callbacks, or illusion-shattering camera winks.