In the Animal Crossing series, you can choose from hundreds of villagers to be neighbors with, building your friendships with them every day and helping them to live their best lives (or worst, if you’re planning to kick them from your island). Although many of them are cute to have in your game, they might prove to be a hassle if you were neighbors in real life.

Whether it's their questionable profession or less-than-stellar personality, these villagers wouldn’t quite translate well to the world outside of Animal Crossing. In some cases, living next to these villagers could even be dangerous, when you really think about what they’re up to.

8 Danger Around Every Corner: Kid Cat 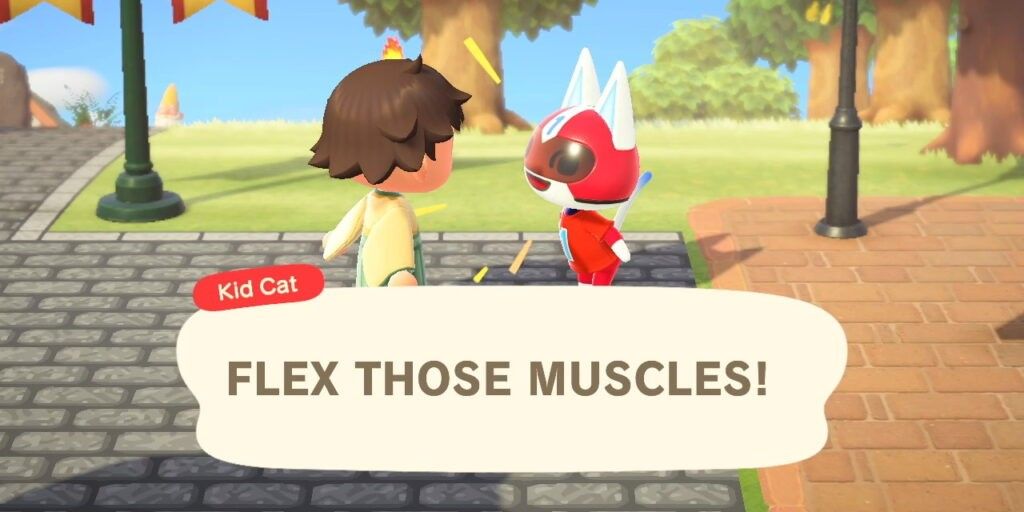 Despite Kit Cat’s cute design and cheery personality, if you had to be neighbors with this superhero in real life, it might prove to be a bit more than you bargained for. The life of a superhero isn’t a safe one, and it’s possible that this danger could follow Kid Cat home, and into your life too.

Combine this with his Jock personality, which is sure to make Kid Cat overly eager to bring down the bad guys, and the neighborhood is going to be pretty lively, and not in a good way. On the plus side, the rent might be cheap. 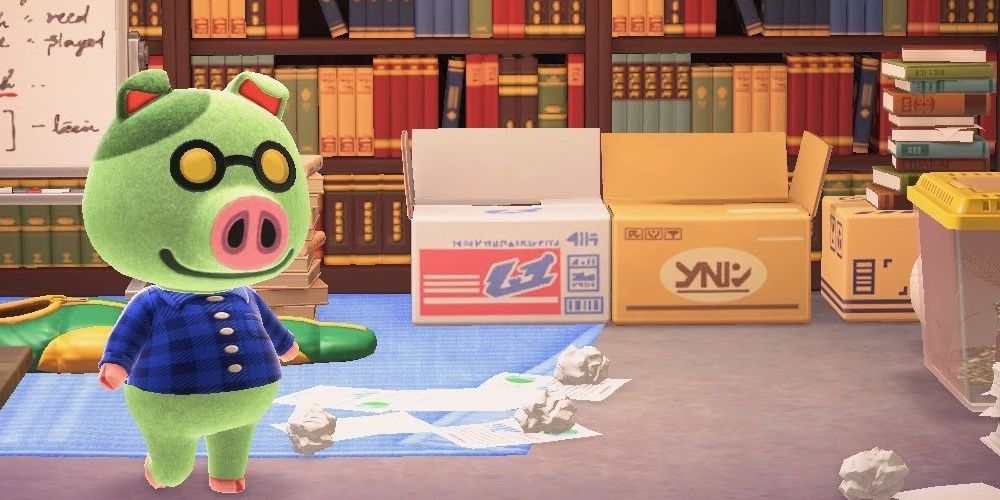 This jock pig might get his name from a Cobb salad, but in terms of appearance, he more closely resembles an evil scientist, as he wears small black glasses with yellow lenses. Cobb’s house interior in Animal Crossing: New Leaf definitely contributed to this persona, as he chose to decorate his house with anatomical figures and a beaker full of glowing green liquid. The experiments Cobb conducts in his house probably aren’t passing health and safety regulations any time soon.

Cobb’s house interior in New Horizons is certainly less intense, as he swaps out his lab equipment for books and papers. Even so, it’s not clear what exactly Cobb is researching. His dedication is evidently strong, though, as his room is covered in scattered papers, and he has a sleeping bag in the middle of the room for a bed, giving him quick access to his research. The reasons for his research are unclear, so it’s probably best to stay away from this suspicious pig.

6 Once A Thief, Always A Thief: Rizzo 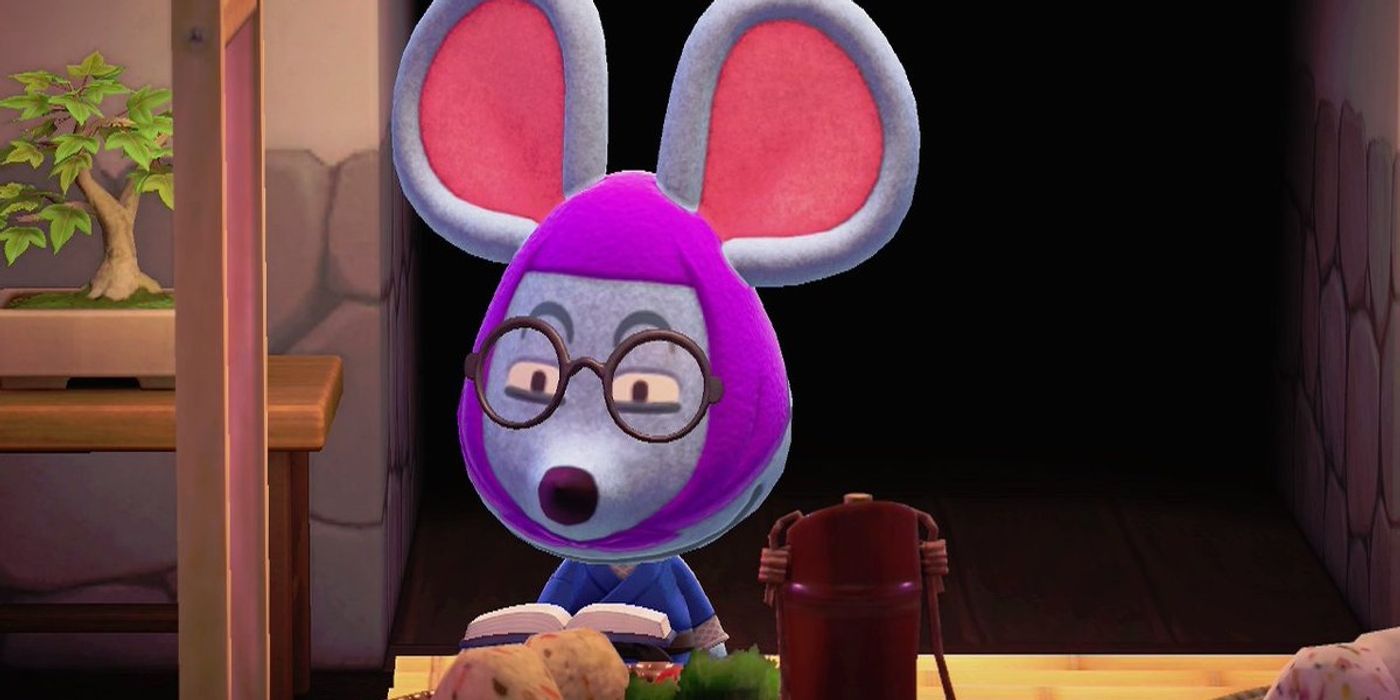 Rizzo’s choice of clothing definitely suggests that this villager is up to something nefarious. His design was most likely inspired by Nezumi Kozō, a thief from Japanese folklore who famously wore a hood that goes under his nose, rather than his neck. “Nezumi” means “rat” in Japanese, lending even more credence to this reference.

Rizzo’s favorite saying is also “evil lurks everywhere” – considering his thief roots, this is an alarming statement, to say the least. You better keep your doors locked with this rat as your neighbor.

5 His Name Says It All: Stinky 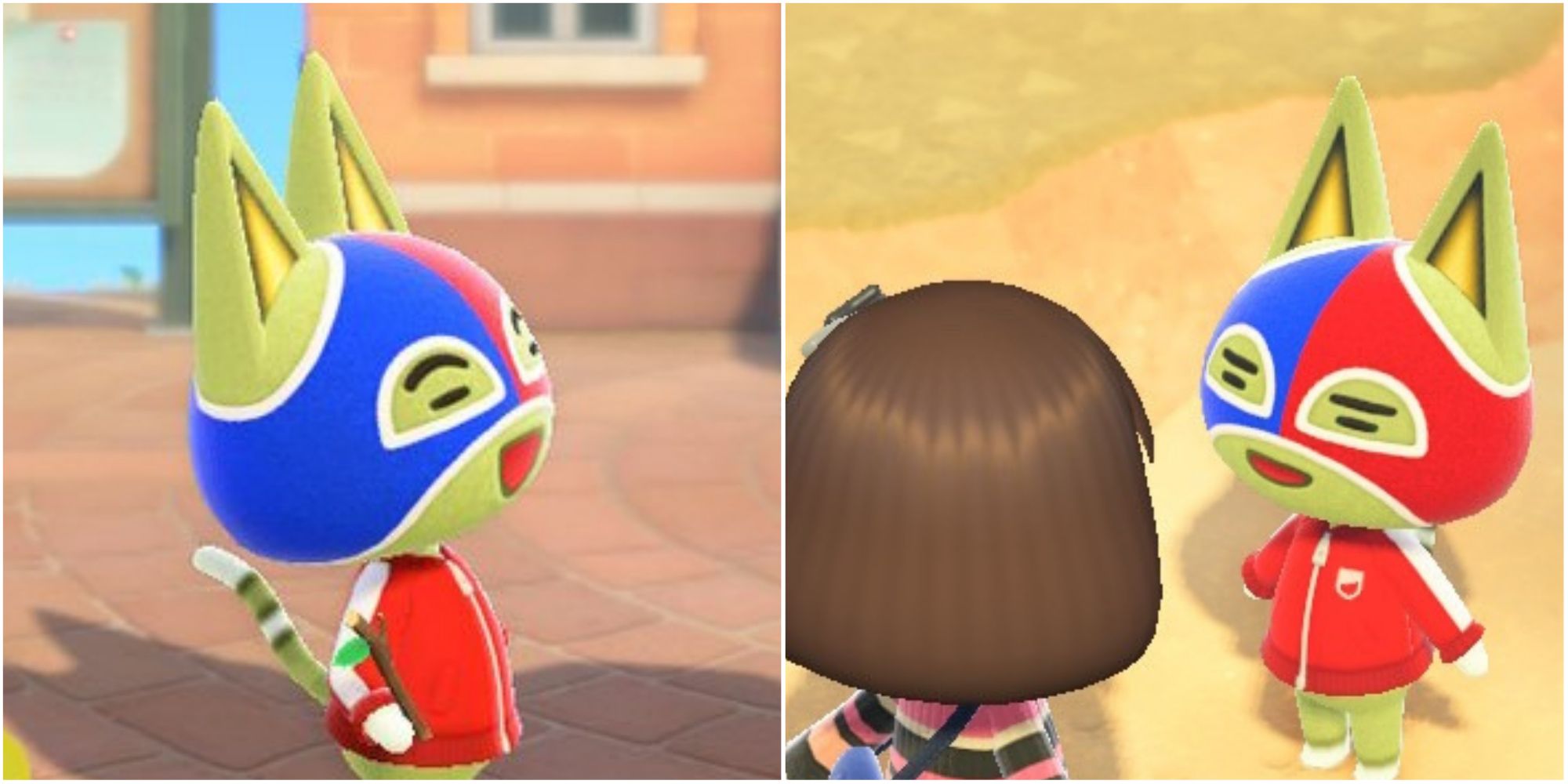 Although Stinky is just as cute as the other cat villagers in the series, his Jock personality combined with his unfortunate name would make living close to him a potent experience. When it comes to Stinky’s name, the shoe definitely fits, as his profession as a wrestler means he’s getting his sweat on whenever he gets the chance.

Stinky’s greenish coloring and wrestling mask (that looks suspiciously like underwear) suggest that he’s not the most hygienic of villagers, as he’s probably too busy training for his next match to hit the showers. 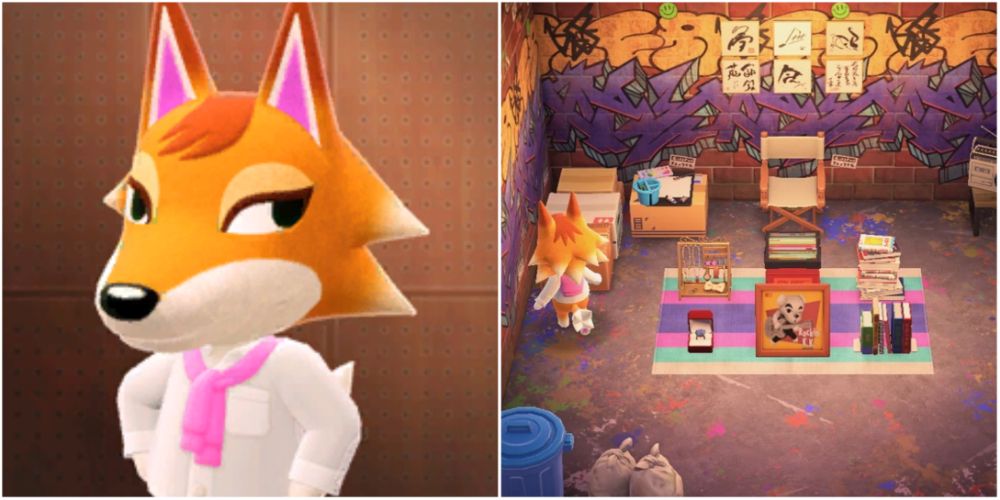 This wolf might look unassuming on the outside, but there’s more here than meets the eye. While he has a preppy appearance, Chief’s house interior in New Horizons implies that he’s wrapped up in some shady business on the side.

At first glance, Chief’s house looks like an innocent garage sale, but the wallpaper is covered in graffiti and looks like a back alley. The fact that Chief is selling a ring makes you wonder where he got his goods from. His favorite saying is “don't wish it were easier; wish you were better”, which also implies he wouldn’t be the easiest neighbor to get along with – who wants unsolicited advice from their neighbors?

3 Who Are You Fooling?: Hippeux 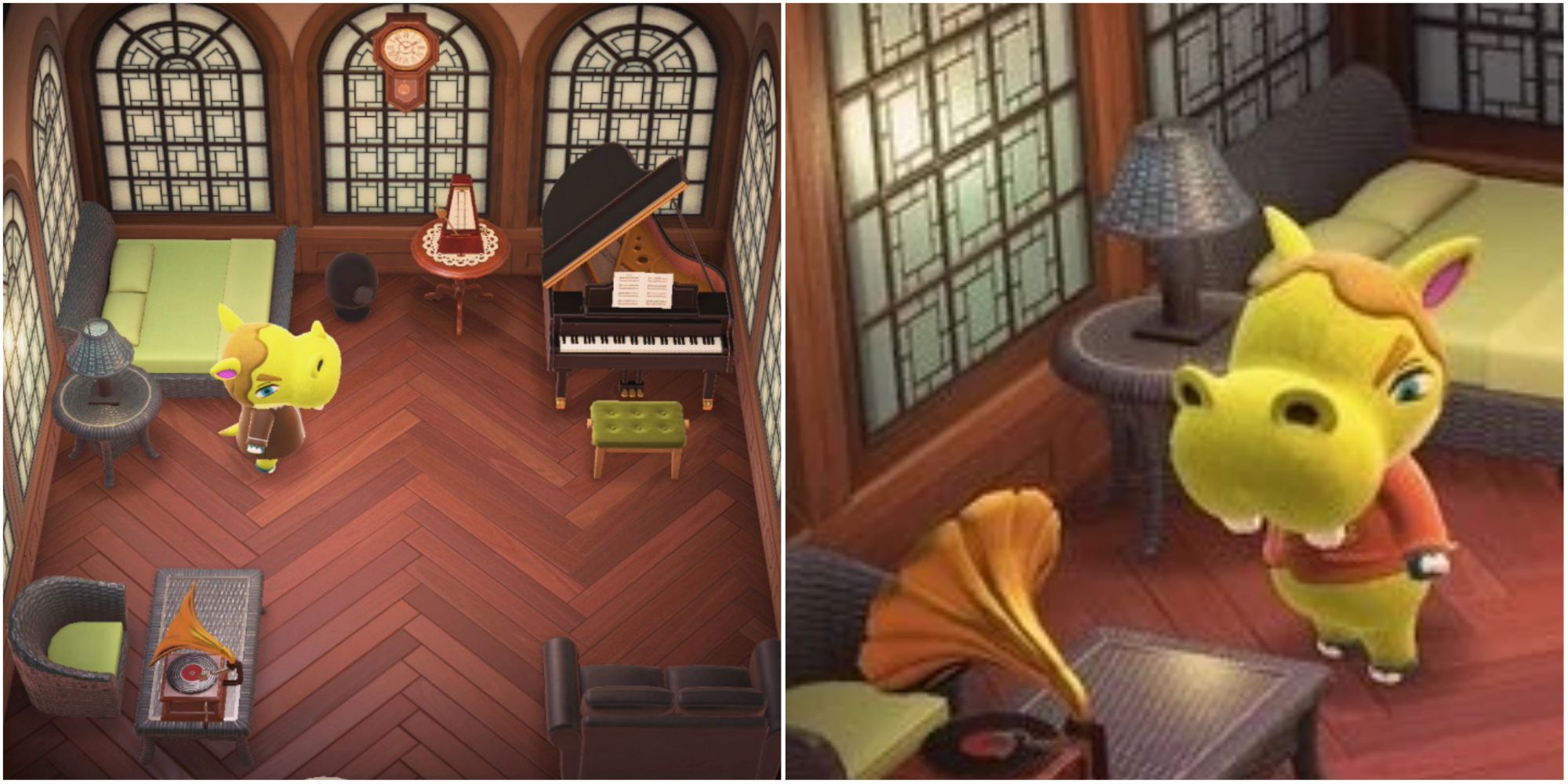 Hippeux definitely lives up to his Smug personality, as he has expensive taste and looks down on those who don’t share the same view as him. His name is even a play on the word “hippo”, spelled in a way to make him seem even fancier. However, it’s all a facade, as Pocket Camp reveals that his real name is Gary.

Hippeux would probably only want to be neighbors with the wealthiest villagers in town, so unless you have millions of Bells in your Nook savings account and regularly shop at Gracie’s, he’d stick his nose up at you in disgust. 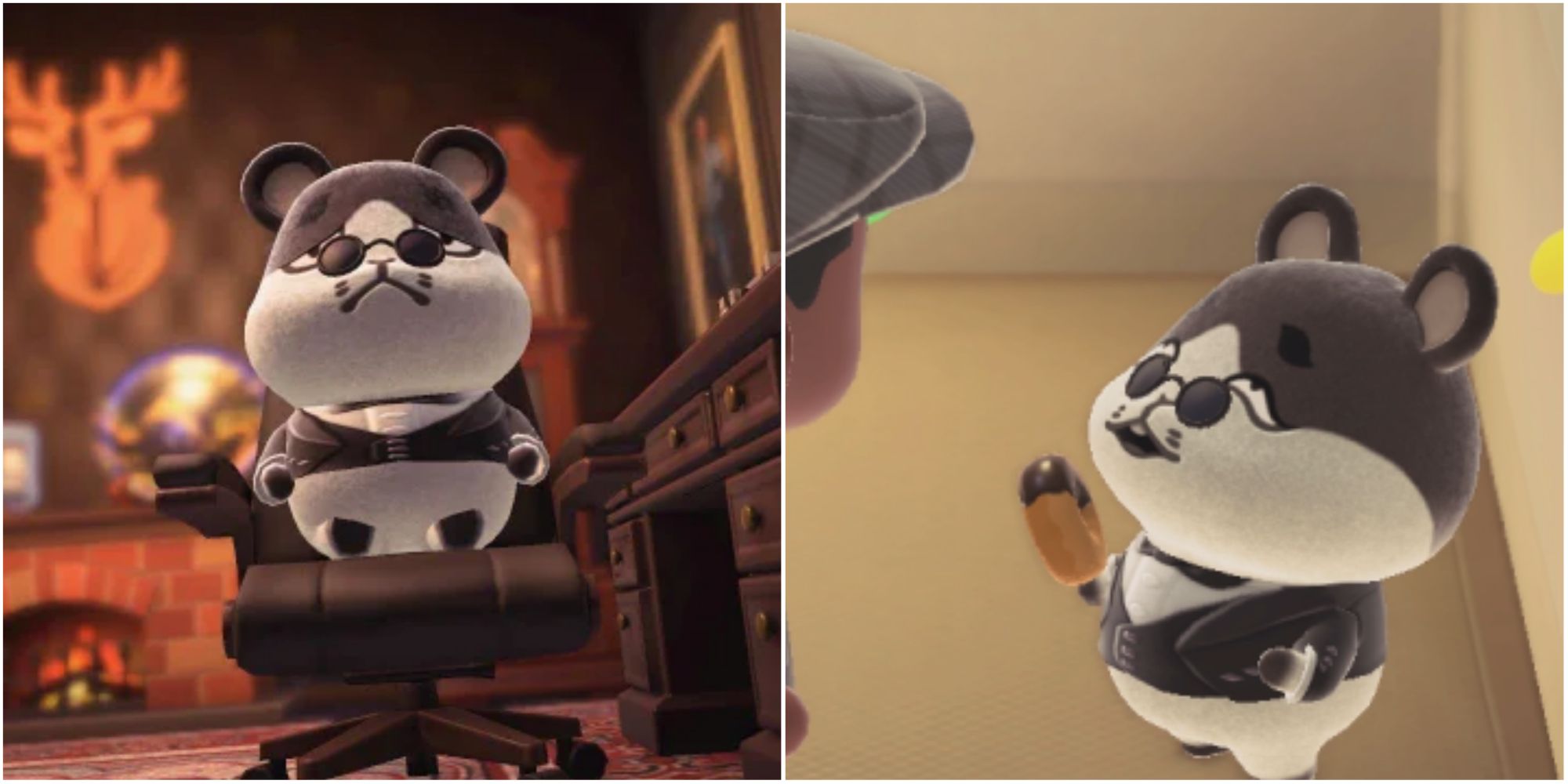 Introduced in the 2.0 update for New Horizons, Marlo is a Cranky hamster that bears a striking resemblance to a certain on-screen mobster. His name is a reference to Marlon Brando, who famously played Don Vito Corleone in The Godfather. Living next to a mobster probably isn’t the smartest move, and you’d want to keep out of the way of this hamster’s business.

He might have an interesting concept, but if you were neighbors with Marlo in real life, you might get tied up in something you never expected.

1 Can I Get Your Autograph?: Raymond 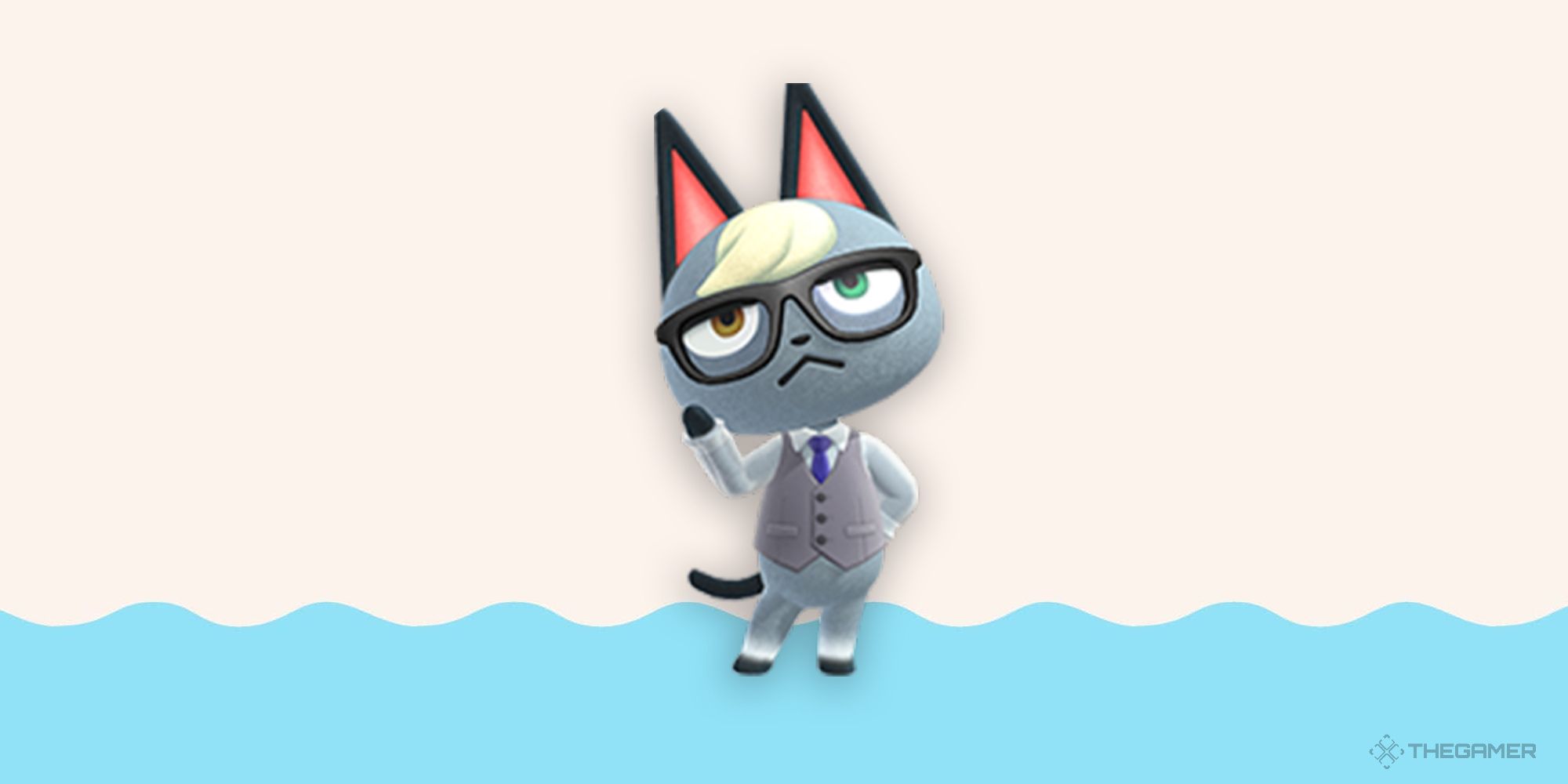 A notorious character introduced in New Horizons, Raymond set the Animal Crossing community ablaze because of his distinct design, with many fans of the game shelling out millions of Bells and hundreds of Nook Miles Tickets just to get the chance to meet this famous cat. Being neighbors with Raymond would be similar to living next to a celebrity, as his fans are sure to be waiting outside his house, hoping for a glimpse of this Smug feline.