Some of you might have already guessed at the conclusion from the Anti-Defamation League's latest Hate and Harassment in Online Gaming report, but the news isn’t good. According to the report, hate, harassment, and most distressingly, white supremacist views, are all on the rise in multiplayer gaming. 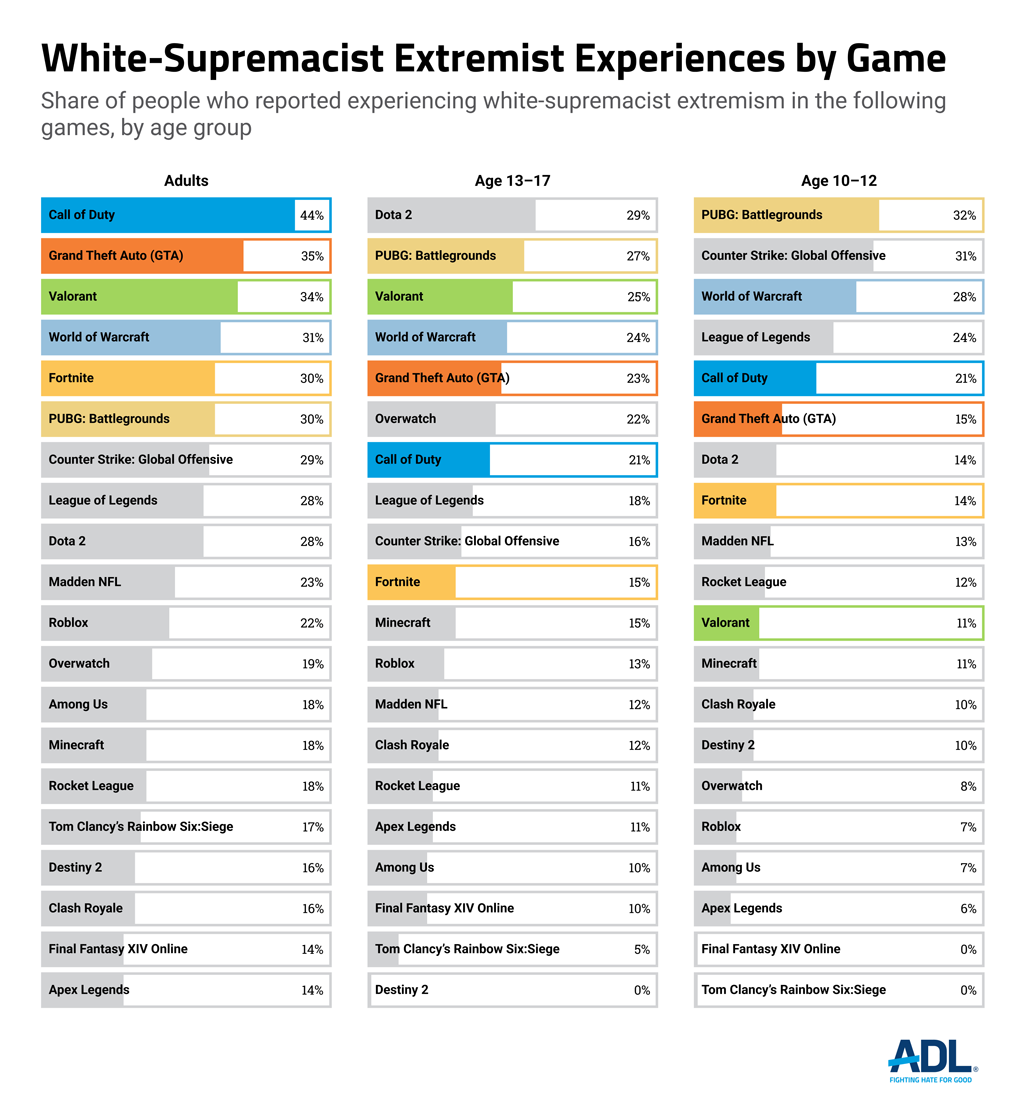 The ADL defined white supremacy as expressing an opinion that other rates are strictly lesser, providing an example of a player saying other races should be enslaved. Simply running around in GTA Online chatting the N-word or Trump 2024 was considered merely harassing speech, but didn’t rise to the level of white supremacy.

On the positive side, the report did note several games were relatively safe from white supremacy, including Final Fantasy 14, Apex Legends, Destiny 2, and Rainbow Six Siege.

Identity-based harassment was largely steady since 2021, except for anti-muslim harassment, which increased from 22 percent of respondents in 2021 to 34 percent this year.

You can read the full report–and its recommendations for the games industry–on the ADL website here.