The ALGS Championship, as Apex esports often does, got me back in the mood to play Apex Legends. More than new seasons, characters, or maps, it’s watching the pros do their thing that really inspires me. Now, I’m never going to represent an org at a tournament – I’ll be lucky if I reach Diamond rank, let’s be honest – but the excitement and spectacle of the ALGS gets me pumped for some battle royale goodness each and every time it comes around.

Over the past couple of weeks, however, I’ve noticed a trend in my matches. The ones where I pick up the Bocek Bow, I do well. Those in which I pick up any other weapon, I don’t. Yes, even if I land on a Havoc with a Turbocharger or pick up a fully-kitted R-301 from Big Maude, it never ends as well for me as when I have a bow in my hand. I usually pair it with a Peacekeeper shotgun for that combination of mid- and short-range, and sit back in fights as my teammates push, doing consistent damage so that my team can finish off enemy squads. But why is it so good?

Part of my love for the Bocek comes from how nice it feels to use. Somehow, Respawn has managed to replicate the feeling of drawing a bowstring just by clicking my mouse, and leasing an arrow makes the most satisfying woosh as it flies through the air. Your opponent is usually visibly confused, because the bow is nearly silent and it’s really hard to tell exactly where the shots came from. This adds to the roguish fun of using the Bocek. 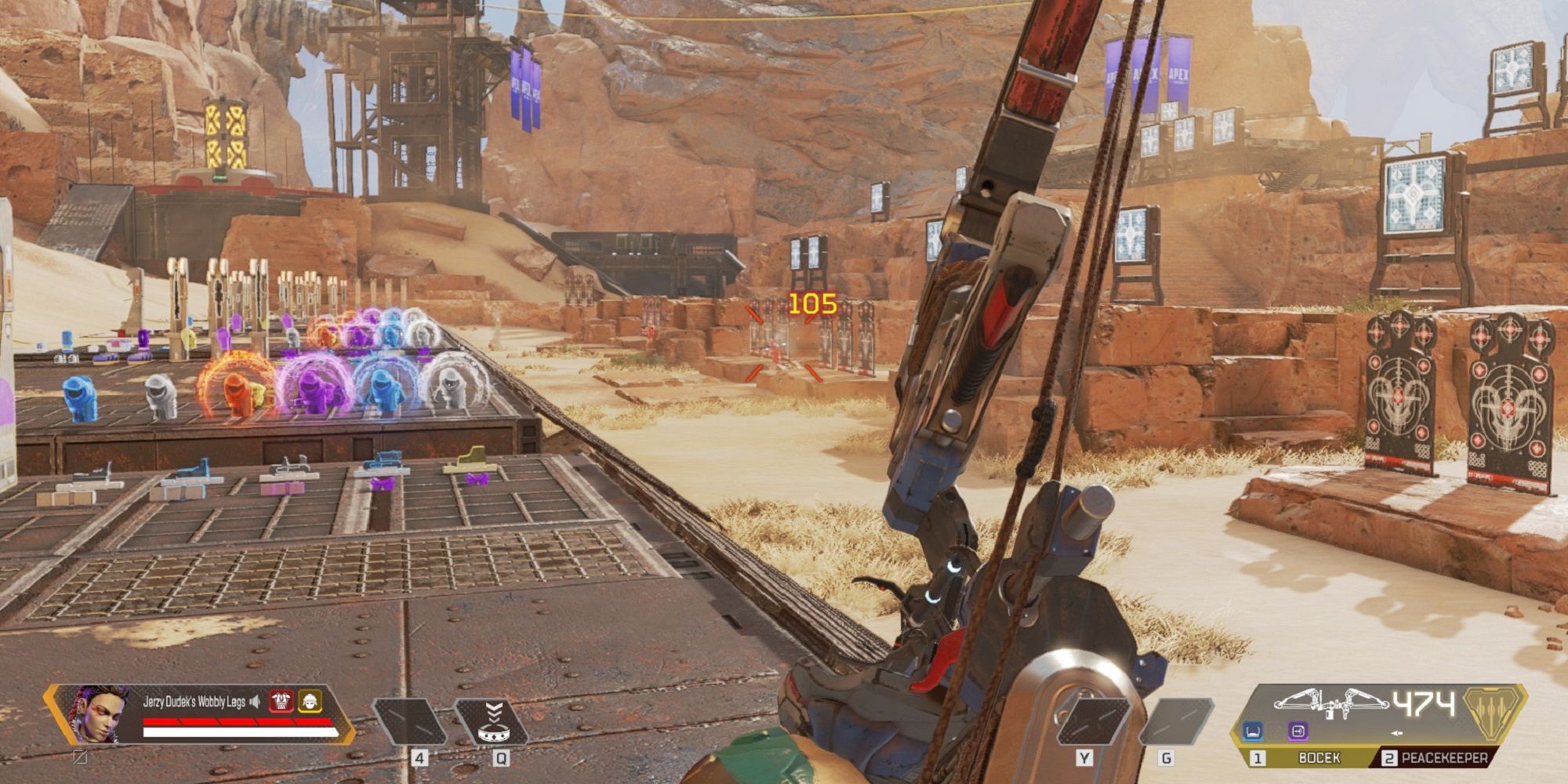 What’s more, you can collect your arrows after you’ve used them. They might be sticking out of walls or piercing enemies’ bodies, but you can see them and replenish your stock throughout a match. This may seem like a basic mechanic for a triple-A video game to add, but Respawn’s battle royale is constantly updated, so it would have been an easy addition to overlook. It’s little touches and details like this that make the game come alive.

However, it’s good too. As you can tell from my anecdotal gaming sessions, the bow makes me better at Apex! I turn from the rookie who dies first in an 80s action movie to Robin Hood, stealing from my rich opponents to give precious loot to my poor, poor teammates. If Legolas and Loba had a lovechild, it would be me. Keep your sliding-down-Helm’s-Deep-stairs-firing-arrows, Orlando Bloom, I’ve just hit a headshot across Fragment to wipe a squad.

In all seriousness, I think the bow comes into its element when you’re solo queueing. None of my mates play Apex, so I’m left to squad up with randoms, and the quality can vary. Greatly. Most of the time, they don’t use a microphone, hot drop, and then (provided we survive the initial encounter) rush across the map as fast as possible and headfirst into the next fight. The Bocek kind of counters this rushing mentality of solo queuers. I can take a step back – or be left behind, I can’t keep up with a stimming Octane – and provided I’ve got a 2x Bruiser or better, can chip away at opponents as my teammate dives in headfirst. 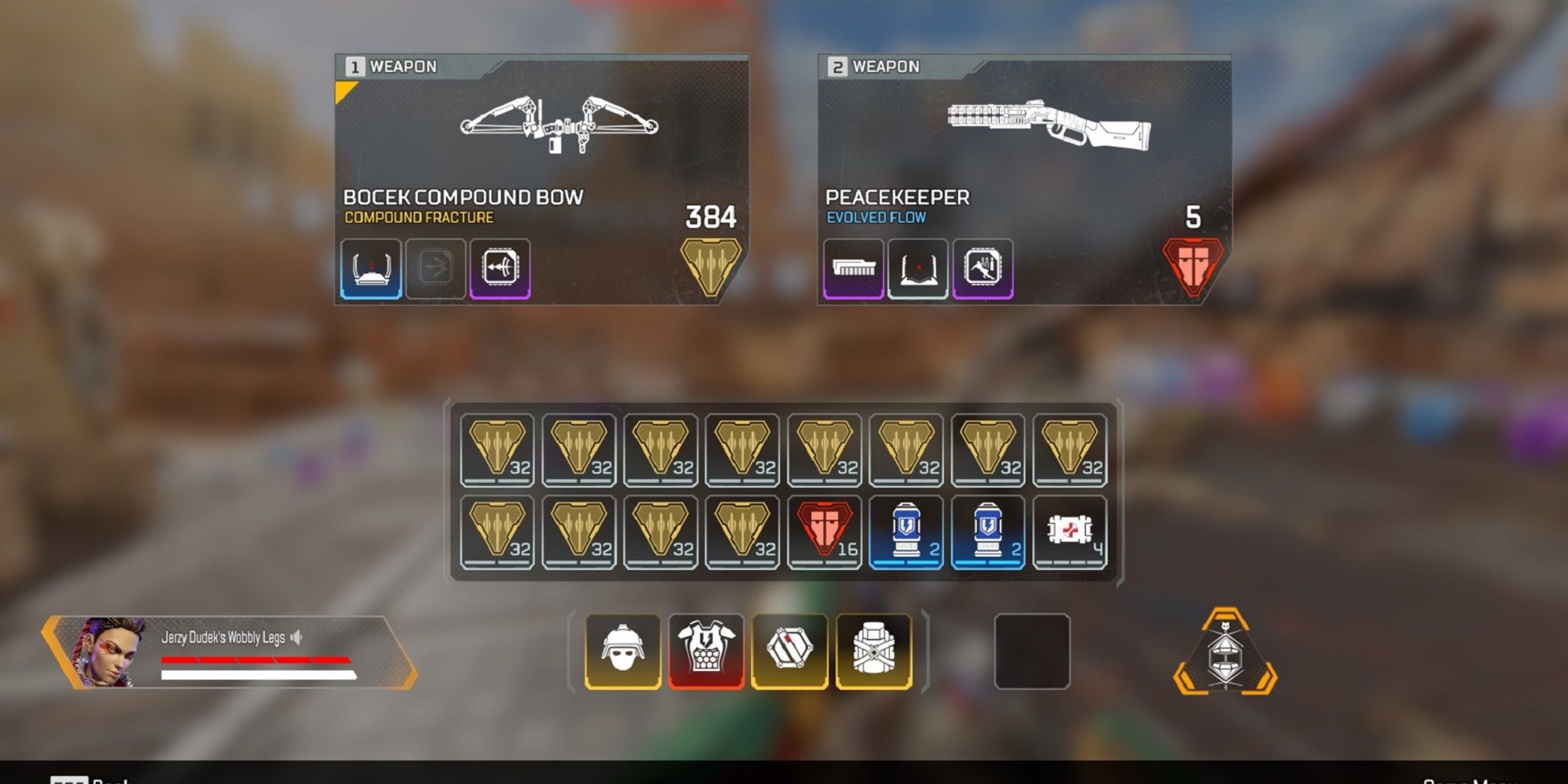 I’m currently maining Loba and Fuse, too, who both work well with Marksman weapons. Loba’s recently fixed bracelet can get me into the perfect position, and Fuse’s Knuckle Clusters will apply even more pressure to the team we’re fighting. I can get to some high ground, survey the battlefield, and support from mid-range. It helps that it does 60 damage to the body and 105 to the head, too. Did I mention you never have to reload either?

Before now, I was a Flatline man. The VK47 has a little kick to its recoil, but it shreds when you get to know it. Nowadays, I’ll often drop a purple-magged Flatline if I see a bow and a few arrows, I’m enjoying it that much. It’s the pressure it puts on, it’s the gentle ping it makes as it fires, it’s committing to the Legolas fantasy. The Bocek might just be my new favourite Apex weapon.