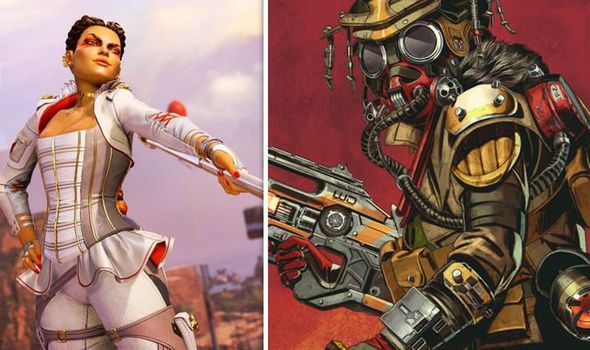 Apex Legends is about to get a huge update on PlayStation, Xbox, PC and Nintendo Switch.

To coincide with the release of the Nintendo Switch port, Apex Legends developer Respawn will release a new update for fans.

According to the Apex Legends patch notes, there are some other big quality of life and gameplay changes.

Arguably the headline new feature is the No-Fill matchmaking option, which can be selected in the lobby.

“In the lobby, you’ll now see a checkbox entitled “Fill Matchmaking”. This means the matchmaking system will attempt to fill your squad to Duos or Trios, whichever you queued for. This is how the game has worked up to this point, and will be the default setting after every match you play.

“Unchecking this box and clicking Play will send your party into your selected playlist without filling your team with other players. So, if you solo queue into Trios, with “Fill Matchmaking” unchecked, you’ll go in alone. You’ll be on a team of one, against teams of three.”

As Respawn points out, No-Fill Matchmaking is useful if you want to focus on challenges, explore the map, sharpen your skills and experiment with characters.

You can see the remaining Apex Legends patch notes below…

• Nox Gas damages at a flat rate of 5hp per tick instead of ramping up from 6hp → 12hp.

• Removed 15% faster heal item usage while in Dome of Protection.

• +1 bullet to every magazine size, including base. 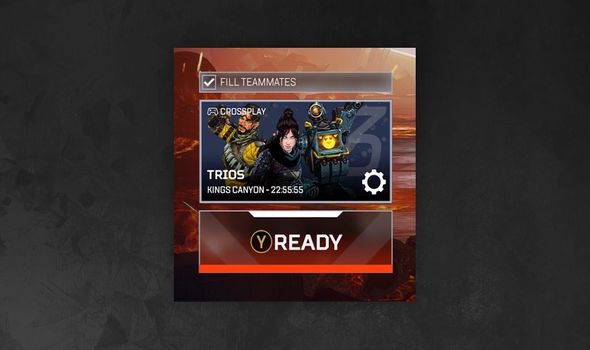 • Kings Canyon Loot – We’ve done a pass on the loot to bring up the quality across the map, while also maintaining a certain amount of loot after Mirage Voyage has flown away.

– The wooden shacks across the map should have a few more pieces each, and generally be a little higher quality.

– Spotted Lake has been reduced to Medium Quality from High.

– Crash Site has redistributed the loot in the area slightly. The amount stays the same, but the higher quality loot should be in the ship.

– Caustic Treatment has more loot than Water Treatment, and it remains High Quality.

• Locked Weapon Optic Swapping – For guns with fully locked attachment slots, like fully-kitted gold weapons and most crate weapons, you can now remove the optic and replace it with a different sight. This does not apply to the Kraber sniper rifle.

• Assists have been added to the in-game HUD, next to kills. This was already present in Ranked and now has been added to unranked. Assists still don’t contribute to XP. This has replaced the Spectator “eye” icon.

• Assists and Knocks have been added to your squad’s banners and will show at the end of a match.

• Club names now appear on Match Summary and Champion screen if all players are part of the same club.

• Items will no longer “stick” to Crafting Replicator when dropped on the Replicator.

• Badge Progress – for badges that have longer amounts of progress, hovering over the badge will show you more information. For example, if you’re trying to get 50 wins as Lifeline, you’ll now see that you have 45 instead of somewhere between 15 and 50.

• Ping My Deathbox – While respawning on a dropship, you can now ping your own deathbox to help locate it easier.

• Gold Backpack – Players being revived by a gold backpack will have a crackle of energy—based on the tier of armor they wear—while the revive is taking place. They will also display the armor heal FX when the revive is finished. This change should help players prioritize pushing a revive in progress.

• Players on PC can now go back to the title screen from the lobby to allow switching of data centers without restarting the game.

• Added numbers to the Advanced Look Controls. This should help people experiment and easily revert back to their favorite settings.

• When scanning a beacon for Ring 6, you should now be able to see the location where Ring 6 finishes.

• Inspect Weapon – Since the Survival Slot took its button on controller (we only have so many buttons!), Inspect Weapon has been moved to the emote wheel by default. It can be bound to any key on PC.

• The New Skydive Emote will now work with Legendary Skins

• Crypto can no longer teleport to a replicator

• When under a small enclosure, players will no longer be pushed out after using Motherload