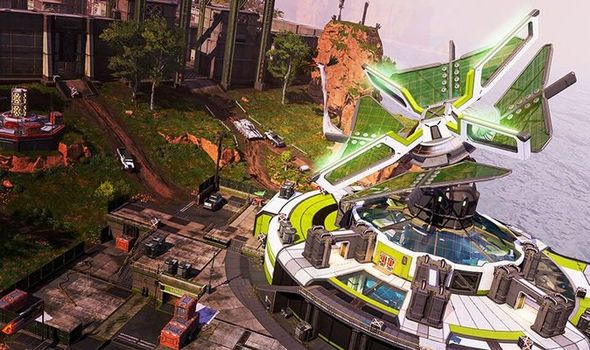 UPDATE: Respawn has confirmed that the new Apex Legends Lost Treasures update is now on PS4, Xbox One and PC. Full patch notes have also been released and can be found at the bottom of this article.

Details on the new Apex Legends Lost Treasures event can also be found below.

Longtime fans of Apex Legends will know Armed and Dangerous as our sniper/shotgun only mode, which we’re bringing back for Lost Treasures but with a twist.

Armed and Dangerous Evolved will see the introduction of a new piece of loot: the Mobile Respawn Beacon. Use it to call down a miniature Respawn Beacon almost anywhere on the map, then use your squadmates Banner Card to bring them back to the fight. The Mobile Respawn Beacon deploys via satellite drop and needs landing clearance (much like Lifeline’s care package), and once it lands it’s first come, first served so make it count.

During the Lost Treasures collection event Mobile Respawn Beacons will only be available in Armed and Dangerous Evolved. Once the event is over they will be added to the regular Apex Legends loot pool across both Public and Ranked matches.

ORIGINAL: Developers Respawn Entertainment is launching a big Apex Legends update today, which includes the Lost Treasures event. This will be available across all platforms and we already know a lot about the new limited-time mode and skins that will be unlockable during the event.

We also know when the new Apex Legends update will be going live today, June 23, and what other gameplay changes are included. These can be found in the official Lost Treasures patch notes, which were shared with gamers a full day before the event’s release.

WHAT TIME DOES THE APEX LEGENDS LOST TREASURES UPDATE ARRIVE?

Developers Respawn Entertainment has confirmed that today’s Apex Legends update time has been set for 4pm GMT, on PS4, Xbox One and PC.

For gamers in the United States, the Lost Treasures event will be available to download at around 8am PT.

The early start is good news for fans as the new event will only be available for a limited time, with a scheduled end date set for July 7, 2020.

New Apex Legends patch notes have been shared ahead of the event of release, confirming all the big changes.

Respawn hasn’t shared any details on how big this week’s Apex Legends update will be, but it wouldn’t be surprising to learn it’s a chunky one.

A lot of new content is being planned for the Lost Treasures event, as well as a new mode and map changes.

A lot of work is also being down to the Apex Legends characters, who are all getting rebalanced for the second-half of Season 5.

The intent of these changes is to create openings where enemies can breach Wattson positions.  It is still possible for Wattson players to hold a position with a trophy indefinitely, but that should come at the cost of using Ultimate Accelerants.

Increasing Wraith’s tactical cooldown has proven to be ineffective at curbing her exceedingly high win rate and kill rate.  These changes are meant to disincentivize Wraith players from using Phase Walk as a “get out of jail free” card, and move it into more of a repositioning and scouting ability.