Atomic Heart developer Mundfish has responded to the recent criticism it has received over its lack of support for Ukraine and condemnation of the Russian government. In a tweet, the developer says it won't "comment on politics or religion", indicating that it will not be changing its stance, or lack thereof, as we approach Atomic Heart's release.

This comes after Mundfish was accused of developing Atomic Heart with money that originated from sanctioned Russian businesses and banks "systemically important" to the Russian government. Due to this, it is feared that profits from the game will help the Russian government in its invasion of Ukraine – something Mundfish has made it clear it will not be addressing

"Guys, we have noted the questions surrounding where we, at Mundfish, stand," opens the developer's statement, likely referring to its silence on the war in Ukraine.

The statement continues, making a vague stance against the idea of war. "We want to assure you that Mundfish is a developer and studio with a global team focused on an innovative game and is undeniably a pro-peace organization against violence against people.

"We do not comment on politics or religion. […] We do not, and will not, condone contributors or spammers with offensive, hateful, discriminatory, violent, or threatening language or content."

Since this response doesn't name who the perpetrators and victims of this violence are, it has done little to please Mundfish's critics. Overall, the statement continues to not take a stance on the matter, which is exactly what Mundish was being criticised for in the first place. It also makes no reference to the allegations of Mundfish's links to sanctioned Russian businesses. 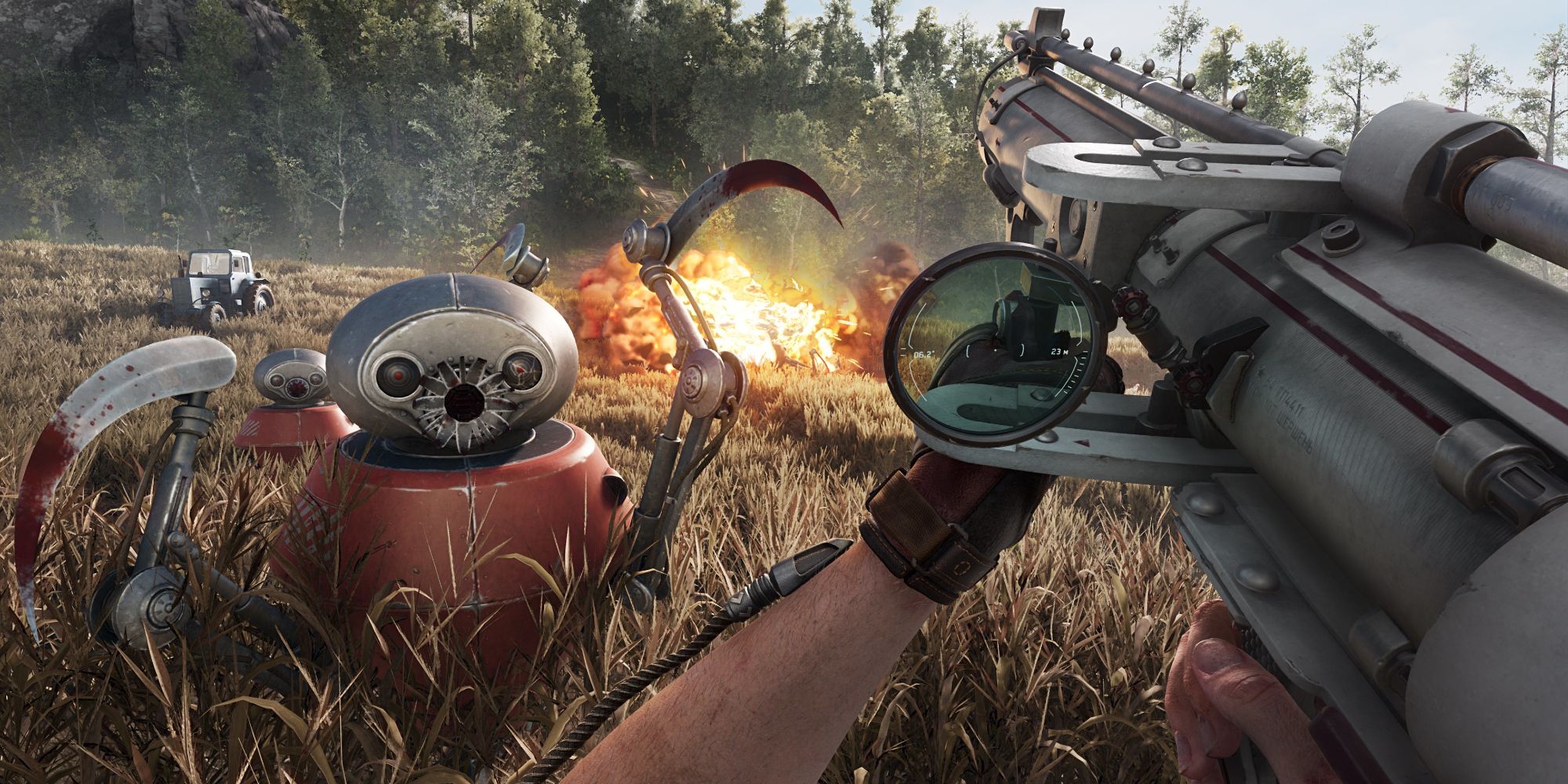 The devs are primarily being asked to comment on the war due to the nature of Atomic Heart – a game that seems to show the Russian military and KGB in a neutral or even favourable light. With the real-life Russian military clearly wanting to foster patriotism in the country, many feel that Mundfish should condemn its actions, so Atomic Heart is not complicit in contributing to this nationalism.

As TheGamer's Jason Wojnar noted, Mundfish is going as far as blocking those who call on the company to comment on the matter. This has now led to Mundfish being accused of knowingly spreading Russian propaganda, another claim it has not addressed in this statement.

Atomic Heart, which is launching on February 21, 2023, takes place in the Soviet Union. It follows an alternative history in 1955, in which the Soviet Union was able to defeat the Nazis more than a decade prior. Due to this politically charged backdrop, critics have labelled Mundfish's latest statement as hypocritical. It remains to be seen if publisher Focus Entertainment will comment on the matter.