Tabletop games are becoming more popular each day. Many brands have also caught on, licensing off recognizable characters and franchises to offer new gateways for you to get into board games. As such, video game companies have also taken notice of the tabletop trend meaning many large publishers have lent their brands to make the next big board game.

Some have gone through Kickstarter to receive full funding while others have made use of popular board game companies to get these new projects off the ground. Translating a video game onto dice and boards is no easy task, so the fact that there are so many options now is no small feat.

11 Bloodborne: The Board Game Is A Cooperative And Tough-as-Nails Adventure 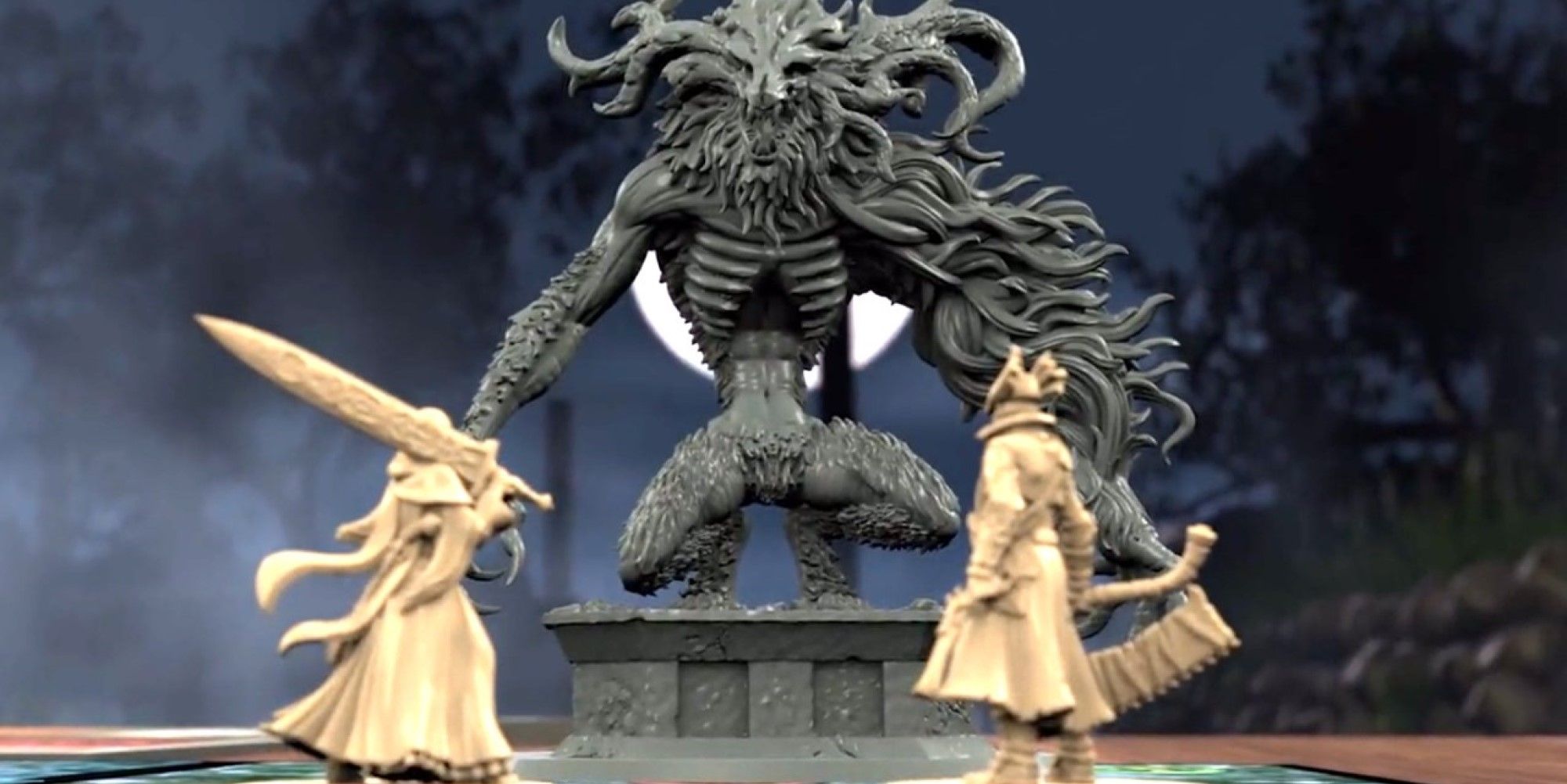 Bloodborne is one of the highest-rated and most beloved games in FromSoftware's repertoire, so a board game seems like a match made in heaven. In this game, you take control of various Hunters as you go through Yharnam, taking down monsters and finding new equipment.

The board game makes use of the franchise's popular boss fights in the form of well-detailed miniatures that you can paint. There are also expansions available, ensuring that those who enjoy it can get more for their money. 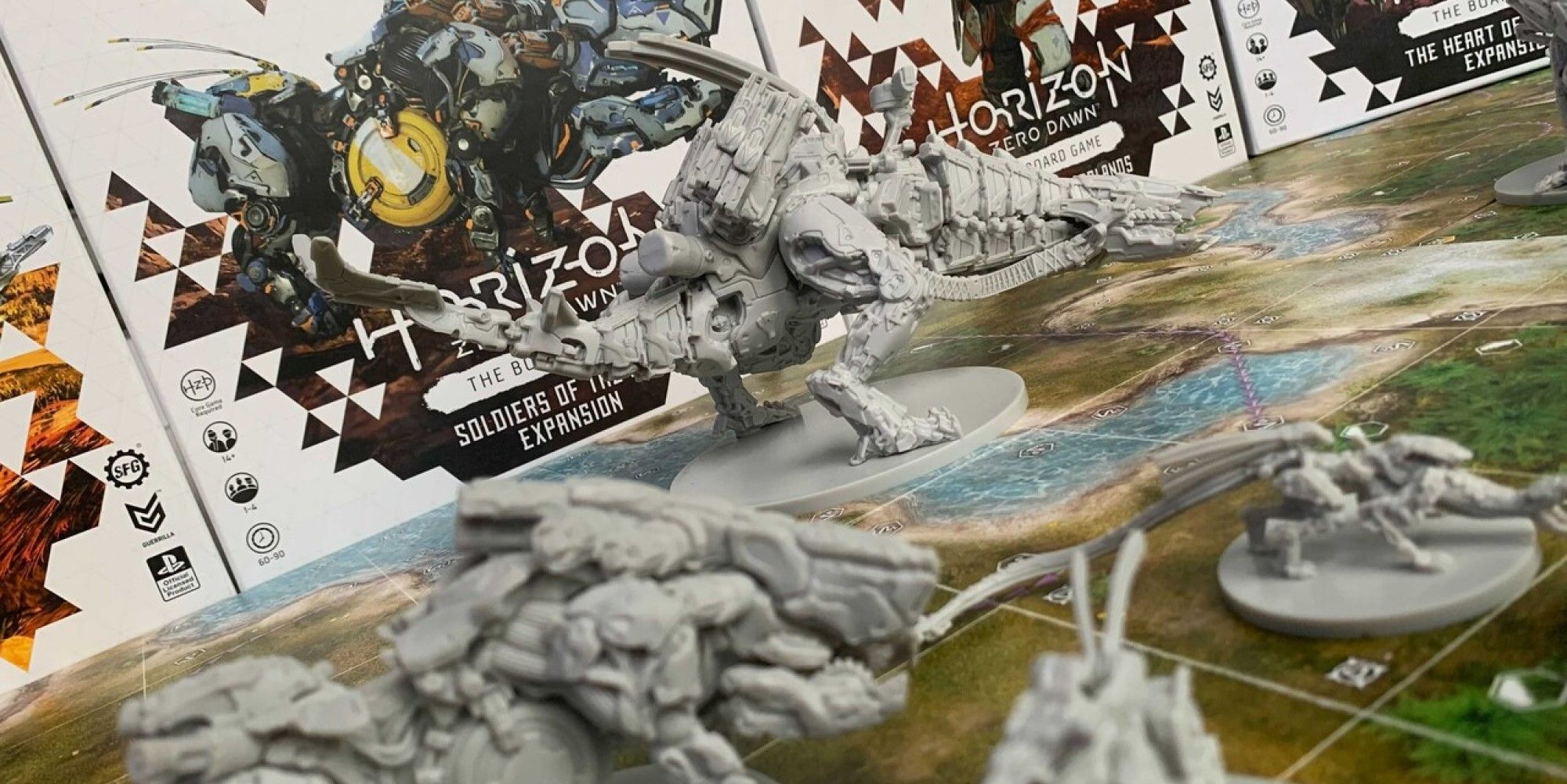 Sony's Horizon Zero Dawn and Horizon Forbidden West were smash hits for PlayStation, and with the help of Steamforged, you can now take the robot-fighting action to a tabletop format. In Horizon Zero Dawn: The Board Game, you and up to three other people work together as different hunters, each with their own unique strengths and weaknesses.

You build decks that affect how you progress through the game. You'll also receive several detailed miniatures of the game's iconic machines. If you want more variety, expansions exist that add tougher machines into the mix.

9 Pac-Man Brings An Authentic Experience To A Tabletop Format 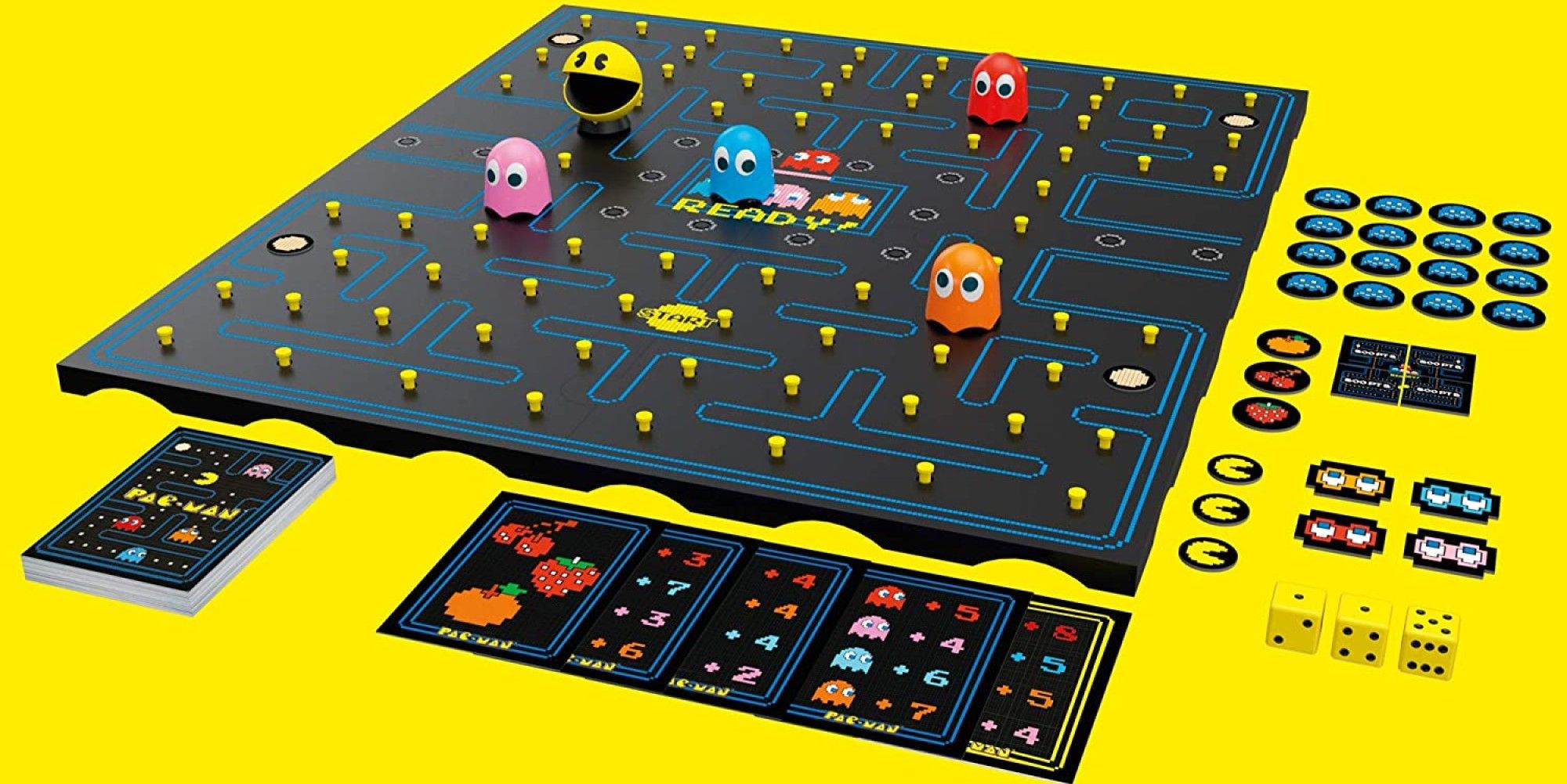 One thing that keeps people away from board games is that they can be complex and tough to learn. Luckily, Pac-Man is a simple video game and makes for an equally simple board game.

Buffalo Games' Pac-Man the Board Game is a one versus up to five player experience. One player controls the titular Pac-Man while the other players control one of four ghosts. Pac-Man has to collect pellets and the ghosts need to stop him. The board game also has the iconic "waka-waka" sounds when Pac-Man collects pellets, adding more authenticity.

8 Rip And Tear In Doom The Board Game 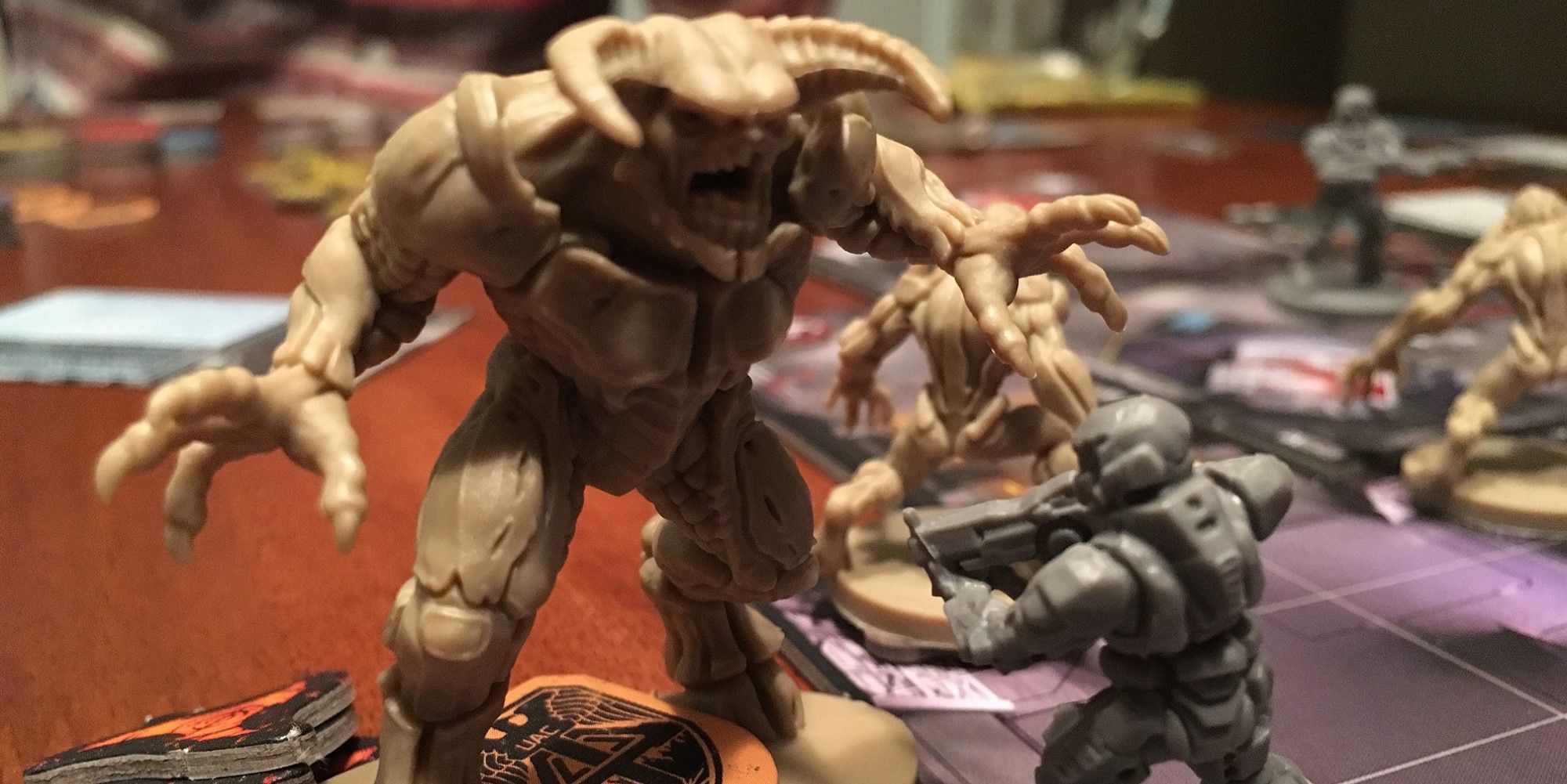 Doom is a game about blasting demons with all sorts of chaotic weapons, and the same is true for the board game version. One player controls an army of hellspawn while the other players control the Marines.

The board game translates the gameplay to a tactical format, giving each character and monster stats, abilities, and unique traits to gain the advantage. Every game is different, leading to a lot of variety for you and your friends.

7 Portal: The Uncooperative Board Game Reminds You That The Cake Is A Lie 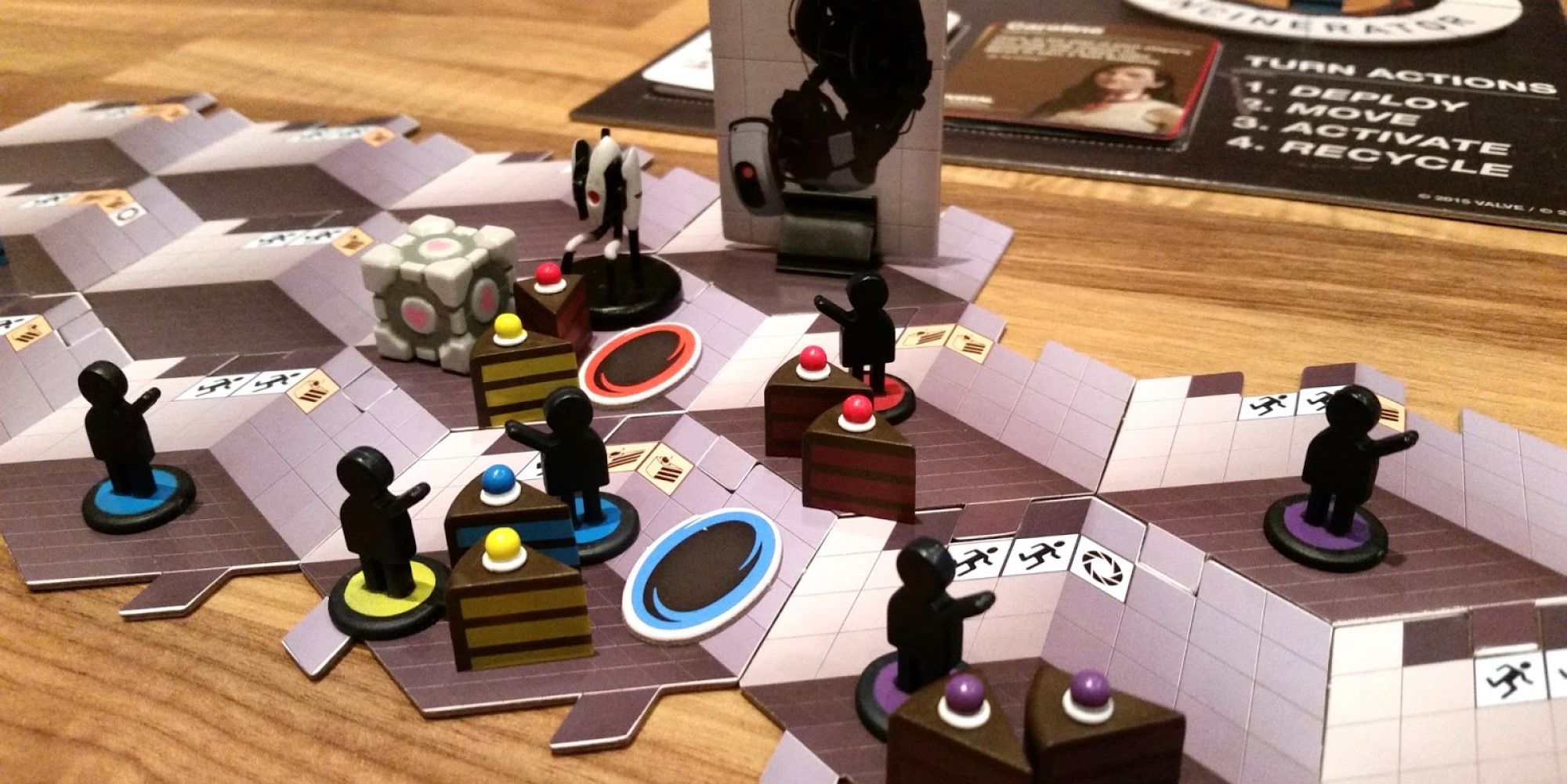 In Portal: The Uncooperative Board Game, you must manage your test subjects and be rewarded with cake. However, your opponents are doing the same. At the end of each turn, certain chambers can give way, causing all the attached test subjects to be destroyed.

Once someone has lost all their test subjects, whoever collected the most cake is the winner. Be sure to think with portals and outwit your opponents to come out on top. The board game also comes with a free code for Portal 2 for anyone who still hasn't played it. 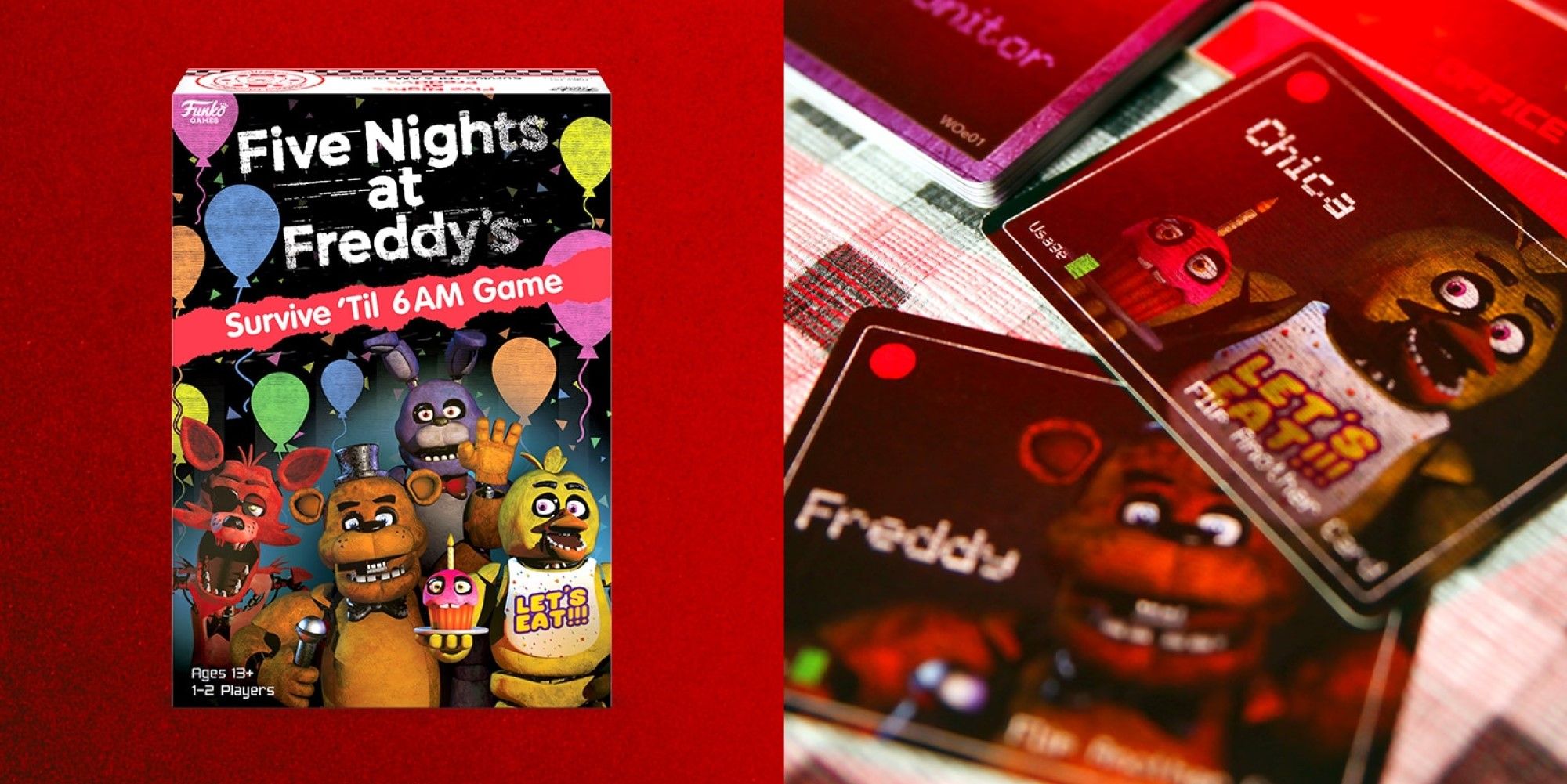 Five Nights at Freddy's has a simple goal: reach the end of your shift at 6AM without getting caught by the animatronics. The Survive Til 6AM board game is the same way.

You and one other friend can become security guards at Fazbear's Pizza. You check the cameras, close doors, and respond to subtle movements you see in the dark. Each action consumes power, and if you get caught, it's game over. Manage your power and your time to come out on top. 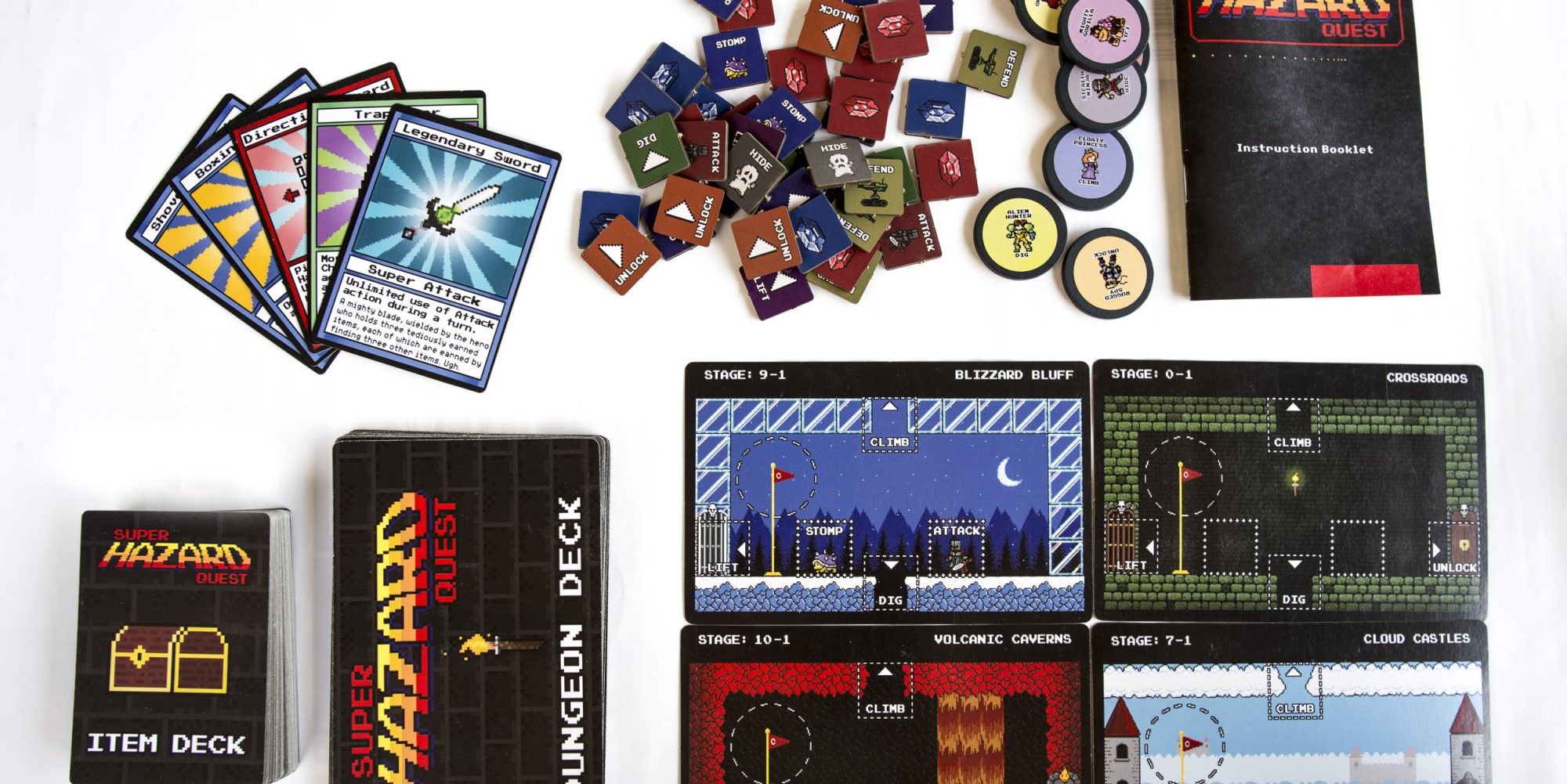 Super Hazard Quest isn't directly based on any one game. Instead, it takes cues from many games that were popular decades ago and mashes them up into a side scrolling adventure board game.

Up to eight players each pick a class with an uncanny reference to popular gaming characters. You will traverse randomly generated levels while upgrading your character along the way. However, you're pitted against other people, which means you have to fight hard to come out on top!

4 Challenge Dr. Wily In Mega Man The Board Game 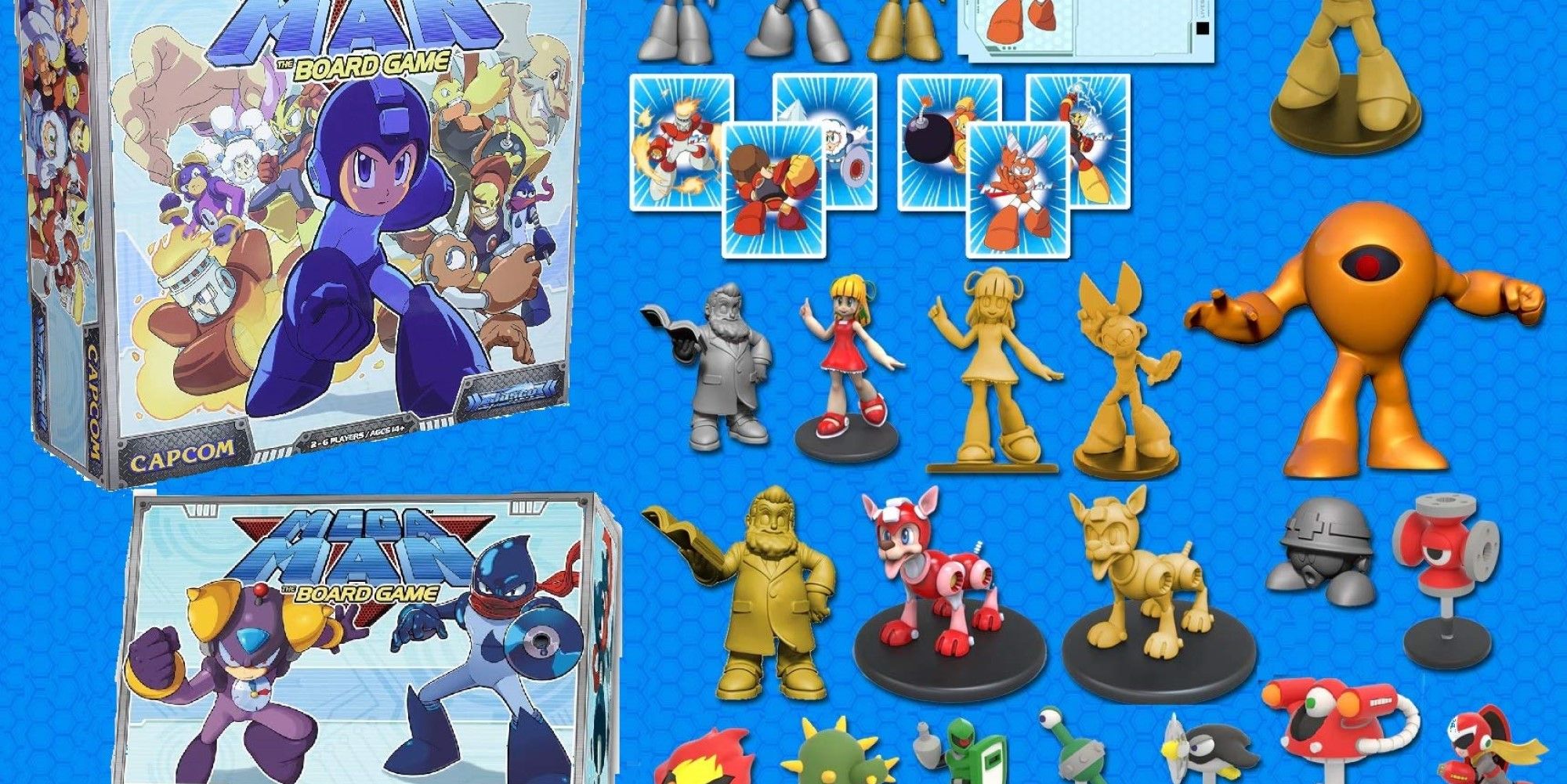 Mega Man is all about tackling bosses in whatever order you choose and gaining new abilities to fight Dr. Wily at the end. The catch is that you not only control the Blue Bomber, but Dr. Wily's forces as well. Each player has essentially two hands with cards to play.

The goal is to optimize your path to beating the bosses while ensuring that your opponents don't get the chance to do the same. Each miniature is well-detailed and colored, making it a must-own for fans of the genre.

3 Build Your Ideal Seed In Minecraft: Builders And Biomes 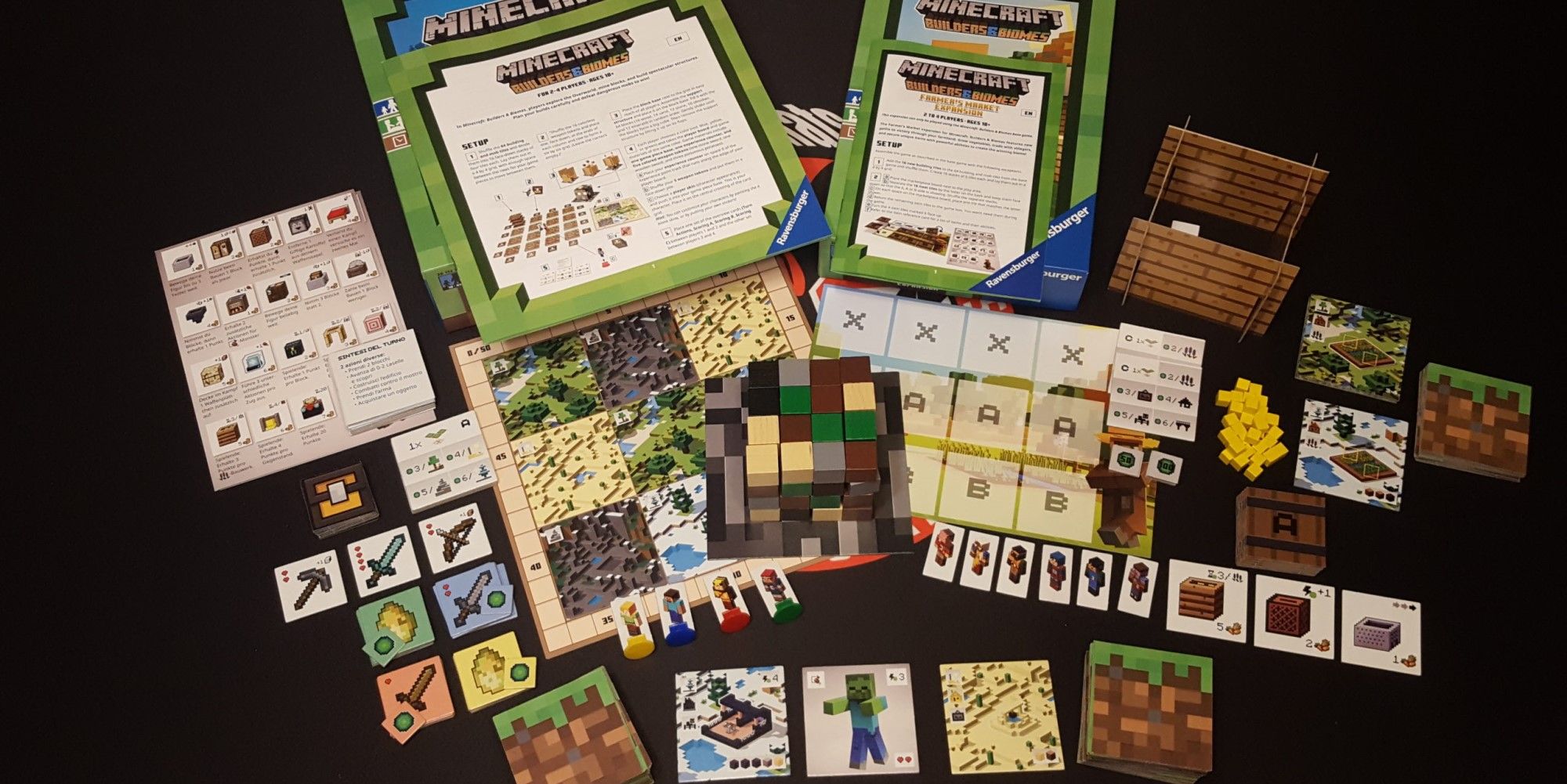 Minecraft: Builders and Biomes aims to take the iconic yet simple gameplay of Minecraft and put it into a competitive board game format. You and up to three other players will control a miner and explore a randomly generated board hidden with resources, enemies, and tools to help construct your ideal village.

You'll need to manage your resources as well as your items, or you could be stalled by your opponents. This game was also created in collaboration with Mojang, ensuring an authentic experience in the likeness of the video game. 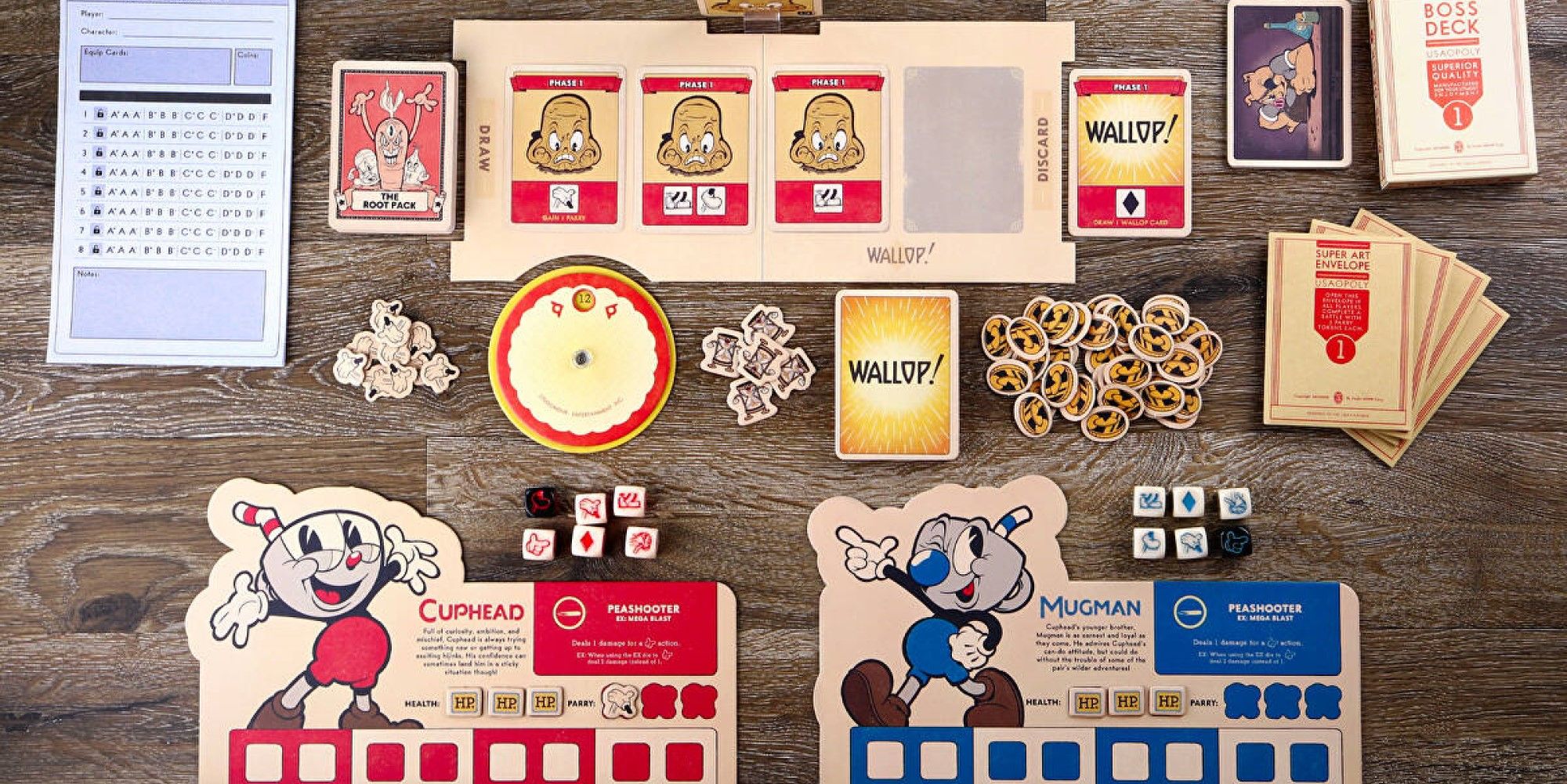 Considering how Cuphead and Mugman ended up in service to the Devil by gambling, it's only fitting that a board game about them would be centered around dice rolling.

You and up to three friends can take control of Cuphead, Mugman, Elder Kettle, and Ms. Chalice to shoot, dodge, and parry bosses from the game. Porkrind's Emporium will help you by offering new abilities, charms, and weapon types at a price. There are multiple boss decks to choose from, so you'll have plenty of content to digest.

1 Make The Tough Calls In This War Of Mine: The Board Game 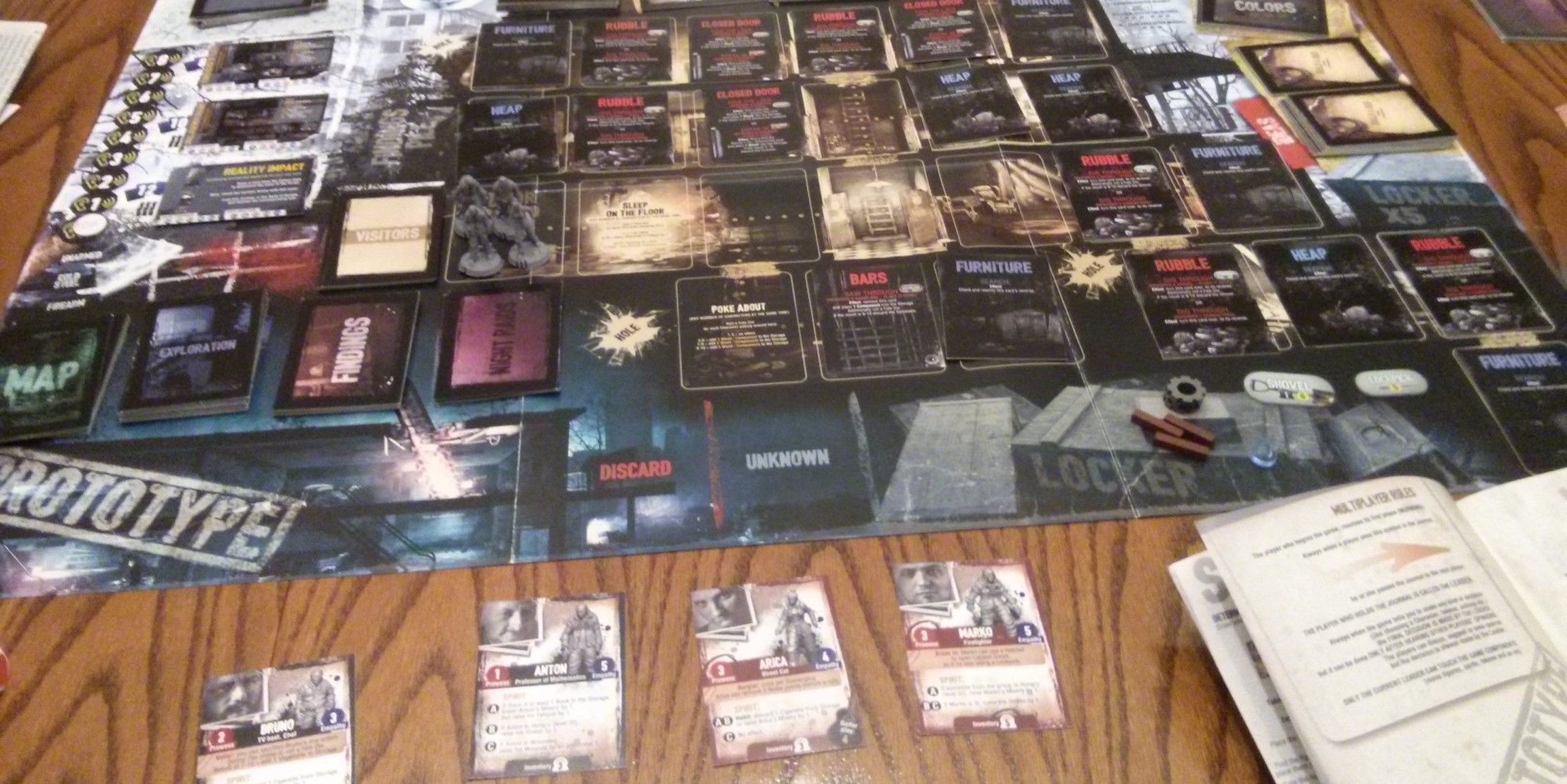 This War of Mine is a game about the struggles of war and how a group of civilians could survive when the worst happens. The board game version looks to translate the hardships and tough decisions into a tabletop game.

You and up to six other people will control one of the civilians in the struggle for survival. Clear rubble, tend to gardens, and more. The game includes a solo mode and was designed with instant play in mind, so you won't need to spend hours in the instruction manual before starting.