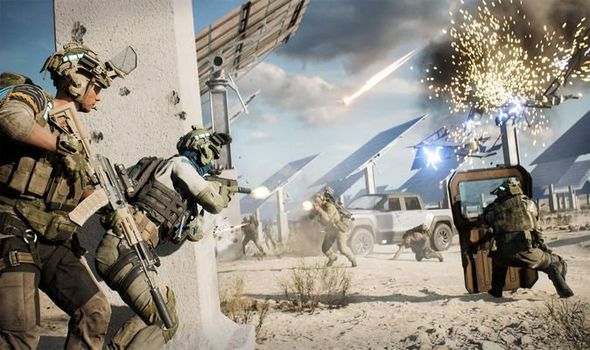 The worldwide launch of Battlefield 2042 is just around the corner, and developers are launching the first major patch to try and remove some of the worst bugs of the early access period.

There are plenty listed in the patch notes as being removed, including many problems for those playing on PC.

These include instances of performance drop after a significant structure has been destroyed on a map.

There are also fixes for rubber banding issues during the final phase of a Battlefield All-Out Warfare match.

However, while there are several fixes for some of the worst problems encountered while playing Battlefield 2042, there are no changes for those waiting for the in-game chat to be enabled.

This isn’t expected to be implemented until later in 2021, and there is no ETA on when this crucial feature will be added.

The DICE team has also warned that servers will go down when the new Battlefield 2042 update, but it should only last for a short time.

The launch time for Battlefield 2042 update 0.21 has been scheduled for 8am GMT across PlayStation, Xbox and PC.

A message from DICE reads: “Ahead of the start of our worldwide launch for Battlefield 2042, we have a small update targeted at addressing some critical issues that we identified shortly before the start of Early Access.

“In the coming weeks, we’ll have more to share around further upcoming fixes, balance changes, and QoL enhancements. Over the next 30 days, we’re presently scheduled to release two further updates, with our next update delivering more fixes and improvements that we’ve identified during this first week of Early Access, and a larger and more substantial update following after that.

“There’ll be a short period of downtime whilst we deploy the update. We’ll keep you updated on our deployment timing over on the @BattlefieldComm Twitter account, where you can also follow along with our tracking of known issues, and changes that we’re able to make in real time.”