I've spent most of the last two weeks dancing naked and covering myself in blood, and when I've had a free moment, I've also been reviewing Bayonetta 3. It's sensual, rugged, nasty, grotesque, cinematic, artistic, and manages to cram a surprising amount of fresh ideas into what is a fairly formulaic approach to the character action genre – but like a beating heart slipping through your bloodwet fingers, it occasionally fumbles. Whatever it does though, Bayonetta 3 does it with supreme style.

If you've played Bayonetta before, you'll be familiar with the format. You fight hordes of lower level faceless enemies before making your way through to an array of metallic, demonic creatures much higher on the angelic food chain. Through a couple of weapon swaps and some different demons you can summon, you need to crush these foes in highly stylised battles dripping with blood and sparkling with menacing magic. It's nothing all that new, but it is better. Bayonetta 3 is not only the best Bayonetta game I've ever played, it might be the best this genre has ever produced (that probably depends on whether you consider 2018's God of War to still be a pure action game). This is the first time Bayonetta has surpassed Devil May Cry 3 – it's that good.

It's that good for so, so long… and then suddenly it isn't. Throughout the campaign, you swap between Bayo and Viola, while alternate Bayonettas make appearances too. At no point does it feel like you're playing an inferior version of the game when you're not the one true Bayonetta – while the style of combat changes, how stylish it is does not. Everything is fast, fluid, and gorgeous. Most of the game is like a tour of a BDSM dungeon, all shiny and slick and wet. It hurts oh so good. But at times it bites down a little too hard, and suddenly you're not in the mood anymore. 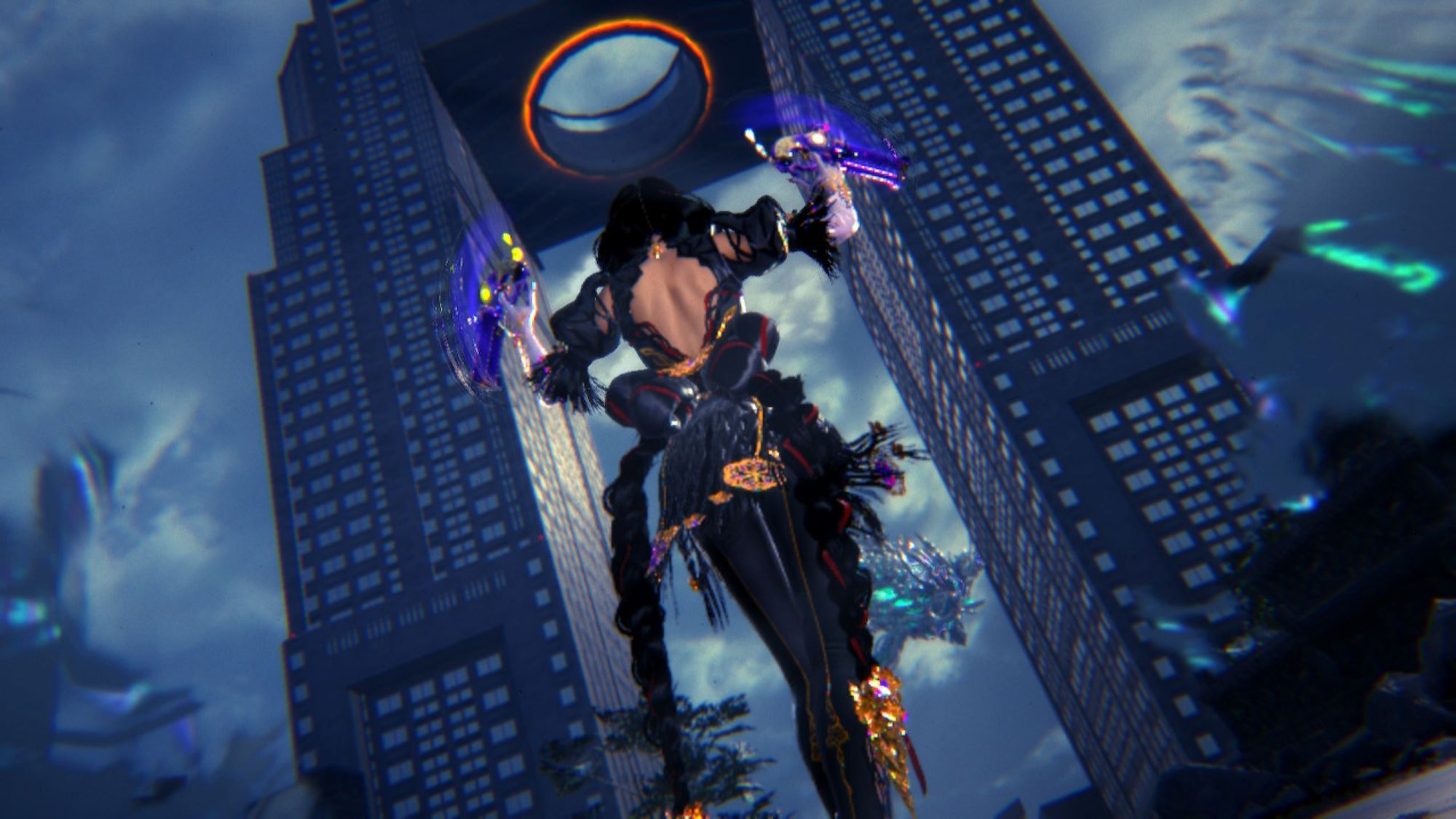 As well as the main missions, there are side quests involving Jeanne, which aren't side quests at all, but required for progression. These see you control her in side-scrolling platforming missions which end with clunky boss battles. They're significantly worse than the rest of the game, completely disrupt the pacing, and only serve to draw everything out further. They eventually have some narrative purpose, and hey, no complaints about Jeanne being here, but if the main missions are the excitement of the BDSM dungeon, these are the cold, lonely nights shivering in the rain at the bus stop while you hold your coat tight and wonder to yourself why you only want love if it hurts.

It's not just the Jeanne sections either. The story of Bayonetta has always been twisting, melodramatic, and deliberately hard to keep pace with. It's never compelling enough for you to want to find out what happens next, but always exciting enough to grab your attention in the here and now. It's because of this that Bayonetta's inability to finish effectively is so frustrating. For a game where every other move is called a climax, it's far more interested in edging you. Towards the end, I thought I was in the midst of a high-stakes finale battle and breathed a sigh of relief as I finally reigned victorious. Then the level kept going. Then there were four more levels. This final stretch is stuffed with climactic battles and they never really get any more difficult, never seem to raise the stakes, and they hit their ceiling early. The first of these 'is this the end?' battles is a high-octane spectacle, but then they all are, those octanes never getting any higher. By the end, you do get one mammoth 'oh so this is the end' moment, but it comes after so much wasted, drawn-out, often exhausting build-up that the moment of joyful release is ruined. 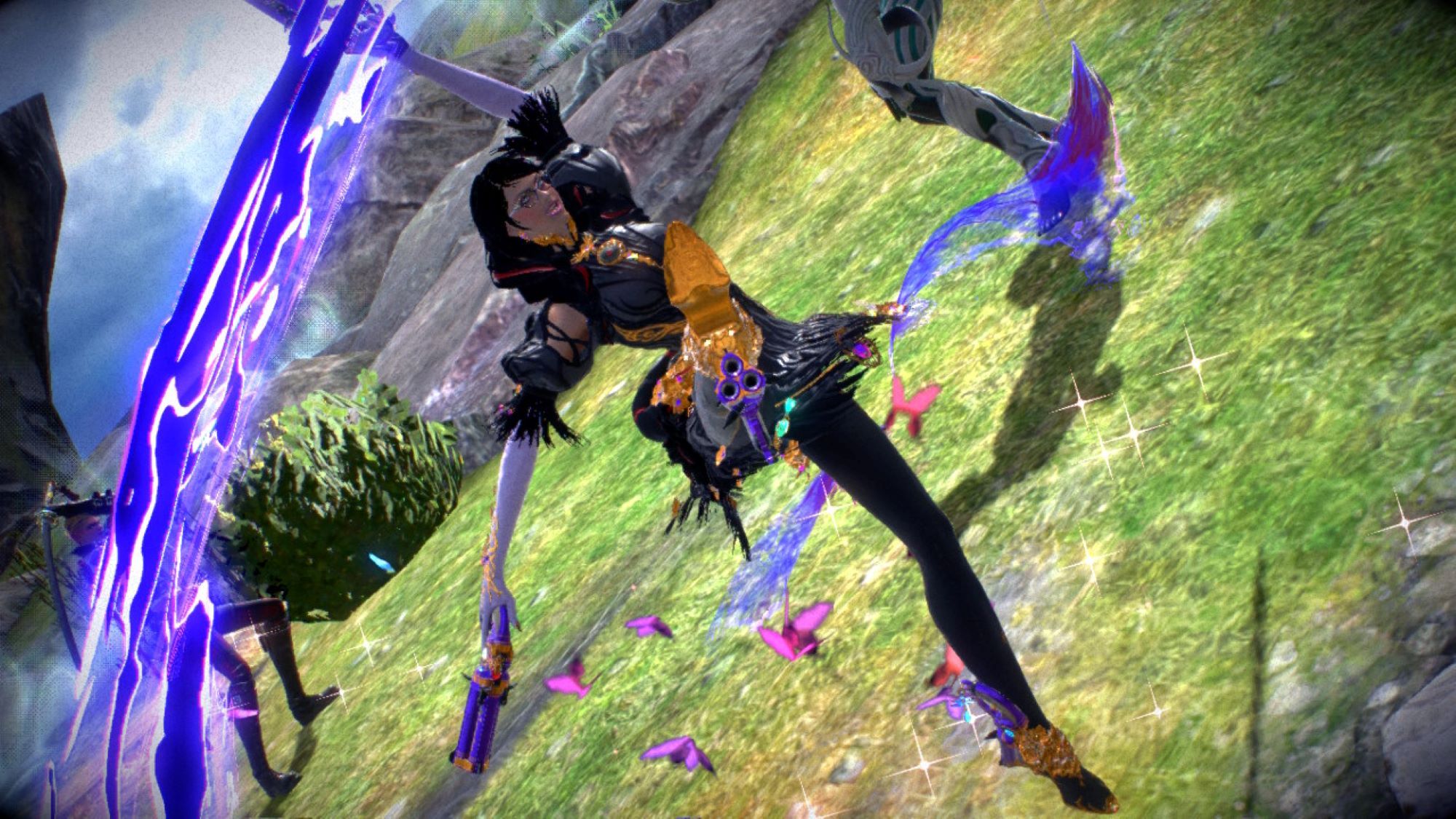 As for the sexualisation, I think by Bayonetta 3 you should know what you're getting into. I like the hyper-erotic attitude, the close ups on lips, the nude feminine mystique – it's all very controlled, very female-forward, very Barbarella. But if you want to see a lot of tits and ass you'll get your fill too, and for some it will be an inherent problem that such a shallow appreciation is rewarded. If you want a more refined depiction of sex-positive expression, you'll find it here, but don't be surprised if the guy behind you in the queue on launch day is a knuckle-dragging drooler who makes x-rated body pillow designs on DeviantArt.

In many ways, Bayonetta 3 is a tale of two Bayonettas. There's the fast and ferocious Bayonetta gameplay with the makings of an all-time great, and the slow, sluggish, self-indulgent storytelling of Bayonetta that derails the train even as it gives you a weird exploding locomotive to summon at will.

It's deeper than that though. On the one hand, it plays around with the multiverse and introduces alternate versions of the character for us to keep things fresh, but sometimes at a cost to the already convoluted narrative. It just wants you to go along for the ride. On the other, there's the Bayonetta we hear, and the Bayonetta we don't. Jennifer Hale is a fantastic Bayonetta, and I hold no ill will for her taking a role having been sold the lie that original actor Hellena Taylor was too busy, but now that Taylor has claimed undercut and forced out, only to then walk some of that back, it's a little hard to fully enjoy the performance. Part of me thinks that behind the scenes stories shouldn't factor into a review, but part of me thinks it's disrespectful to consider the game as a commodity in a vacuum rather than a piece of art to be taken in its full context. In any case, I avoided deducting points, but felt it would be remiss not to mention the cloud lingering over the game. 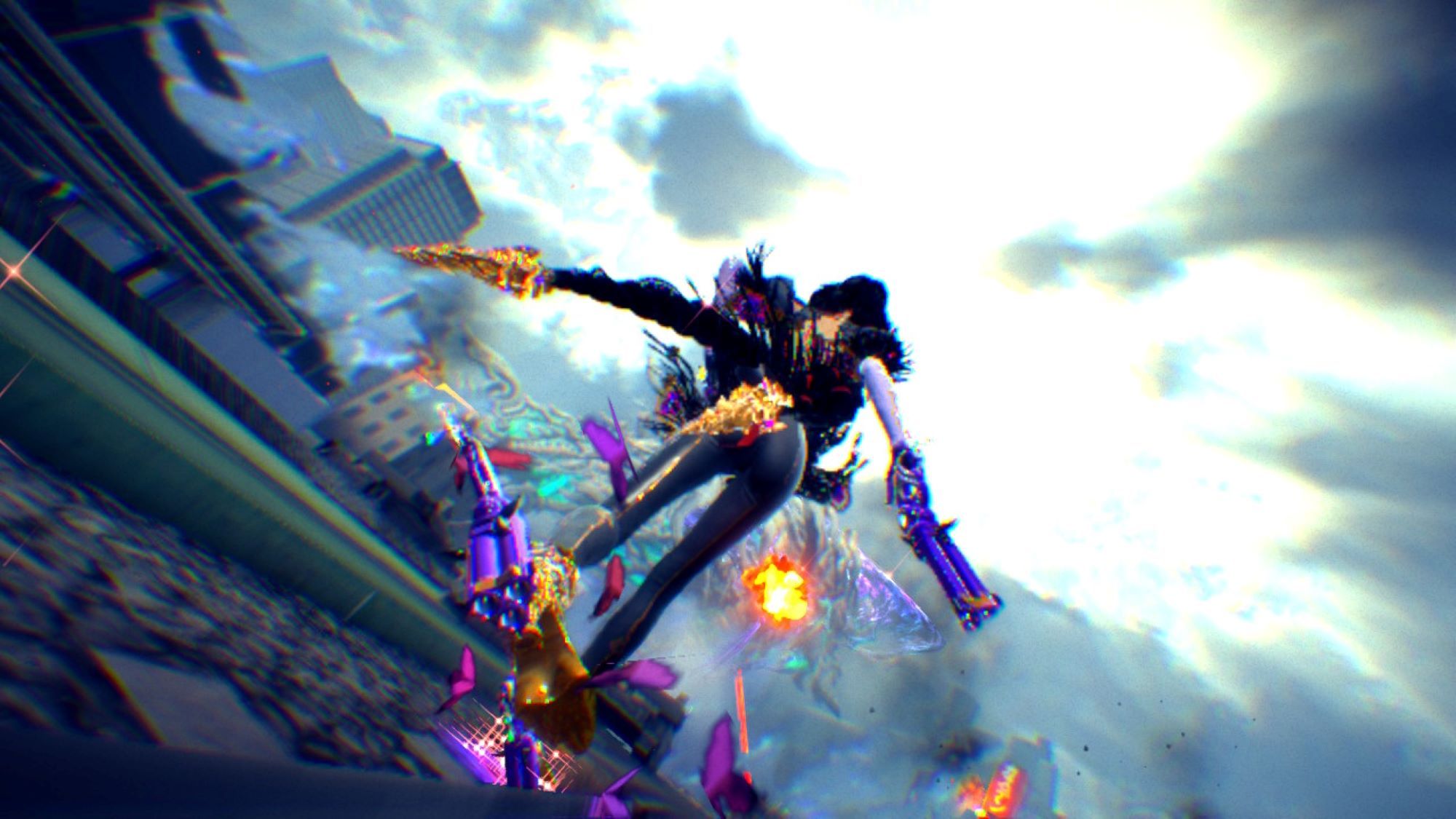 Bayonetta 3 is like your party animal friend on a night out. When it starts out, it feels like the most fun you've ever had, you'll remember it for a lifetime, you never want it to end. Then as it goes on you've lost track of where you are, your feet hurt, you just want to go to bed, and she's still going. Too much game is never a bad thing for some 'pennies to enjoyment ratio' players, but Bayonetta 3 overstays its welcome and dips from being an all-time classic to just being a very, very good video game. It's not the all-time top five Switch game that I think it might have been with a few different decisions here and there, but it's still a must-play title.

Score: 4/5. A Nintendo Switch code was provided for this review.