Racing in all its shapes and forms can be an extremely exhilarating sport. The thing is, it typically requires leaving the comfort of your home. One way around this is to race in a board game instead. Finally, all the fun of a race, but with considerably more opportunities for snacks!

This list will dive into some of the very best, and most interesting, boardgames that feature an element of racing your opponent. Some of these games have you crafting your own intricate narratives, while others will see you commanding your own robots. Don't worry, Snakes And Ladders will not be making the cut (shade very much intended). 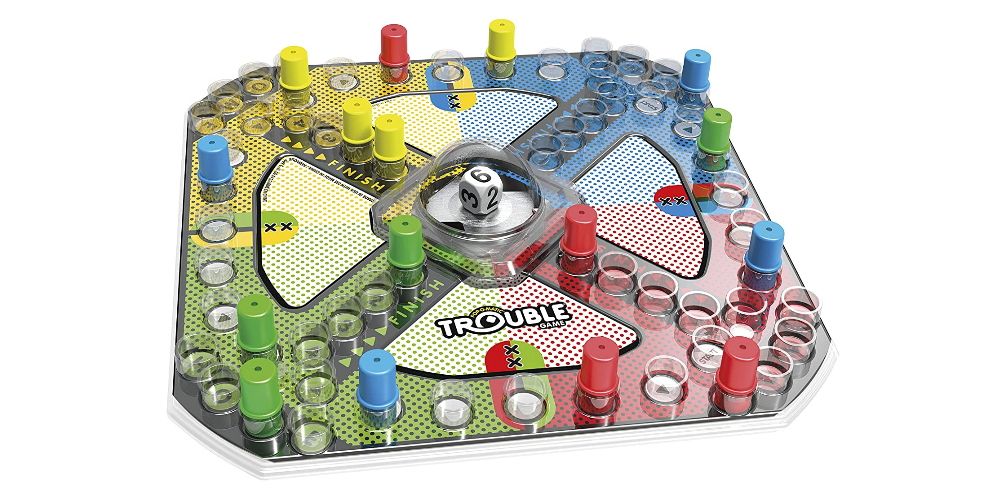 Okay, sure, trouble, also known as Ludo, is basic. However, of the most basic games, this is one that is consistently pleasing to play. The popper in the center of the board ensures that you will never lose the accompanying dice, plus it is unreasonably satisfying to pop. The goal here is to have all your pieces travel around the board. You can also land on your opponent's pieces and send them back to the starting area.

The benefit of a game like Trouble is that there is zero learning curve. Anyone can understand the game in seconds. Of course, it is also extraordinarily dependent on lucky rolls, but if games being luck dependent was a real problem we wouldn't be on Mario Party 12 at this point. At the end of the day, it's fun getting into Trouble. 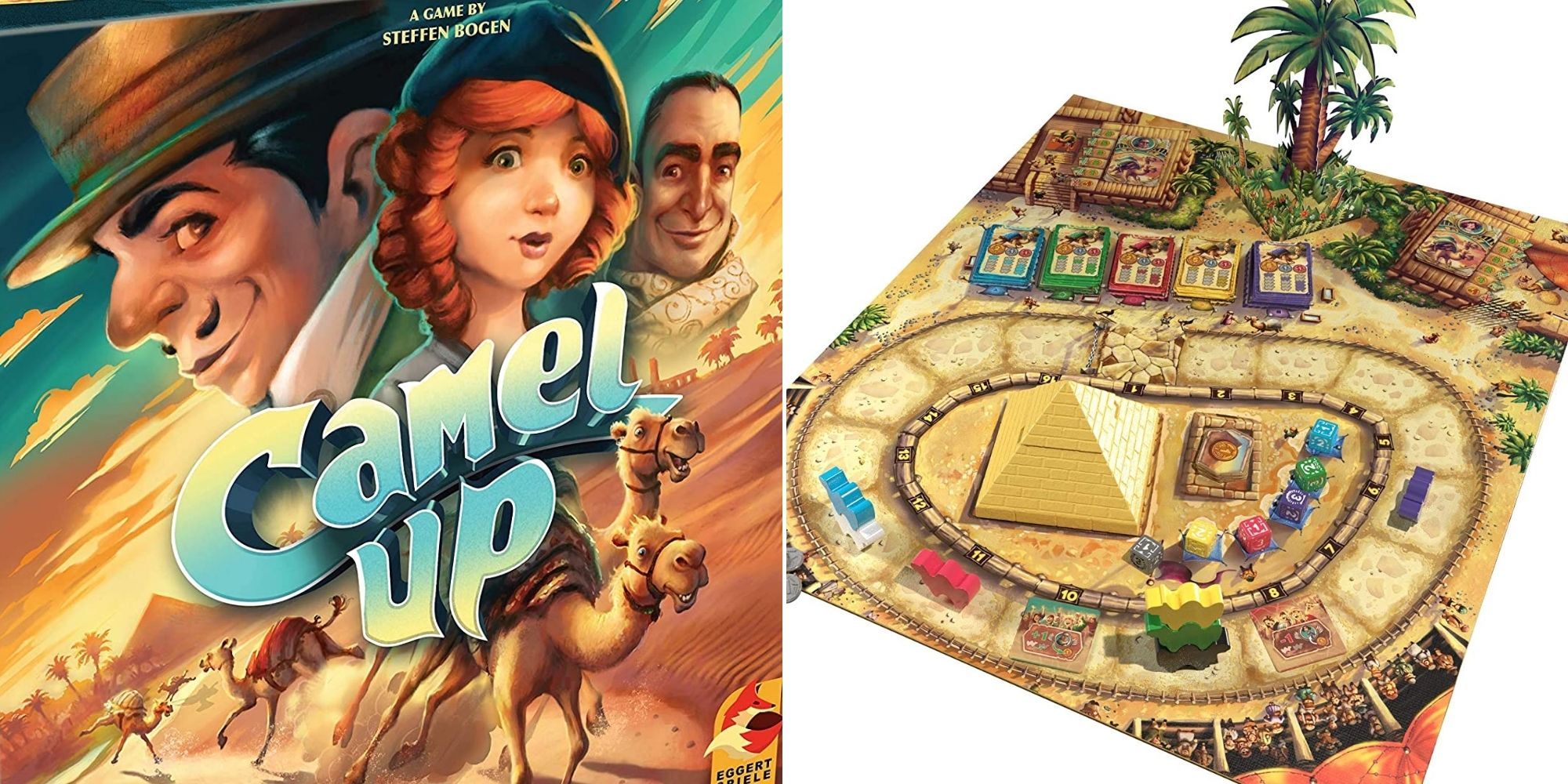 Camel Up is a beloved racing game, and for good reason. This is a super fun title that provides big swings during the course of any given round. One of the most central mechanics is betting on camels. You can take a card from the pile and bet on whom the winner of any given round will be, though if you are too far off the mark you will lose money. The game ends when a camel crosses the finish line.

This leads to players being able to push their luck. While some more seasoned characters may turn their noses up at Camel Up, it is a great casual game that is always good for a laugh. As a bonus, the pyramid acts as a die shuffling mechanism, which only adds to its delightful theming. 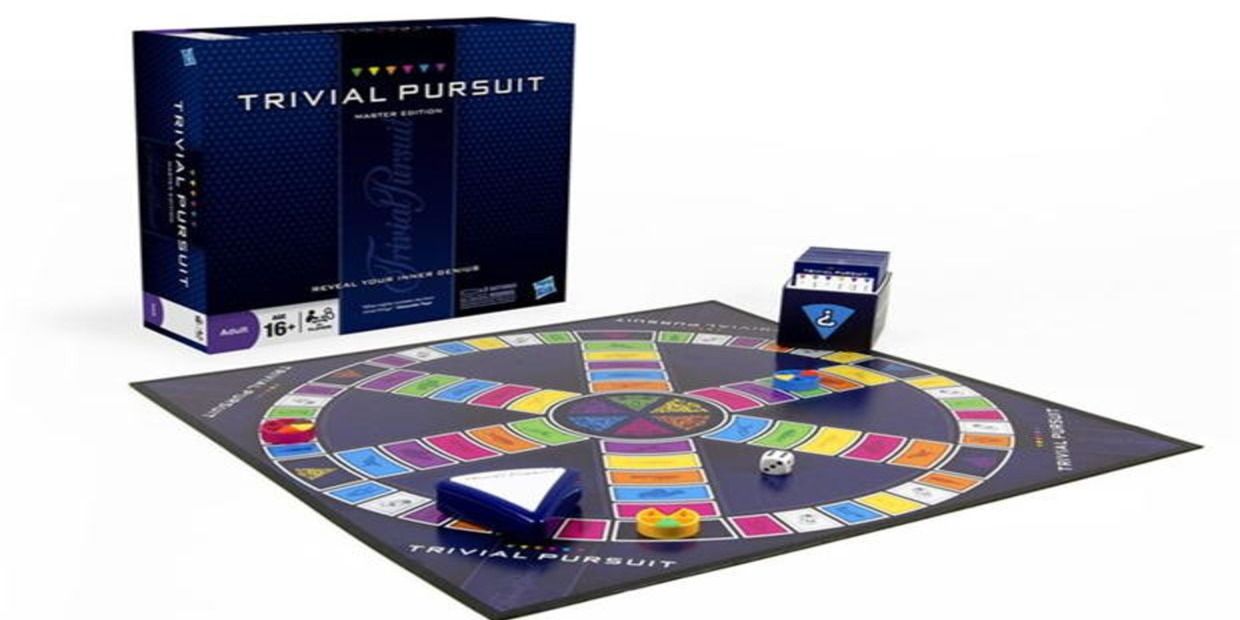 Trivial Pursuit is the ultimate way for know-it-alls to race against each other. Here, the objective is to race around a board. To progress, you will need to answer trivia that spans a number of different categories.

The best part is that Trivial Pursuit has a million different versions that cater to the interests of different people. This means that you can purchase a version that will perfectly align with your specific group. It is also a game that is super easy to pick up and play, so inexperienced table-top gamers won't need to spend half the game feeling out of their depth. 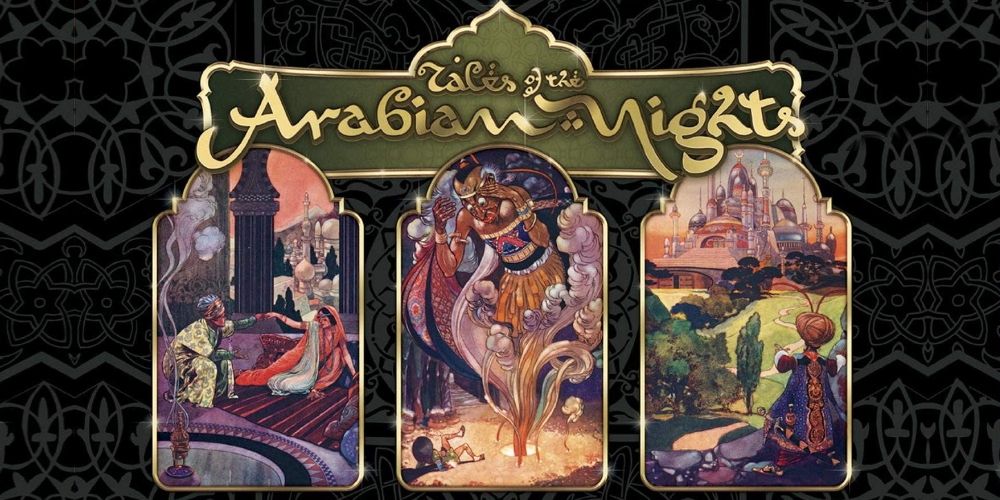 Why race around a track when you could race around the world of Arabian Nights? Here each player is given a goal, one which no other player will be aware of. From there, everyone goes on an epic quest. What makes Arabian Nights so enjoyable is how narratively involved it is. During a typical session, players will be locked away in cells, they will be tricked by djinn, and they will cross paths with legendary figures.

It all makes for a captivating, and often hilarious, board game to play with friends. Ultimately, the first person to complete their quest, and reach Baghdad, will be victorious (the other players will also have a turn to complete their objective and share the victory). This is one race worth running. 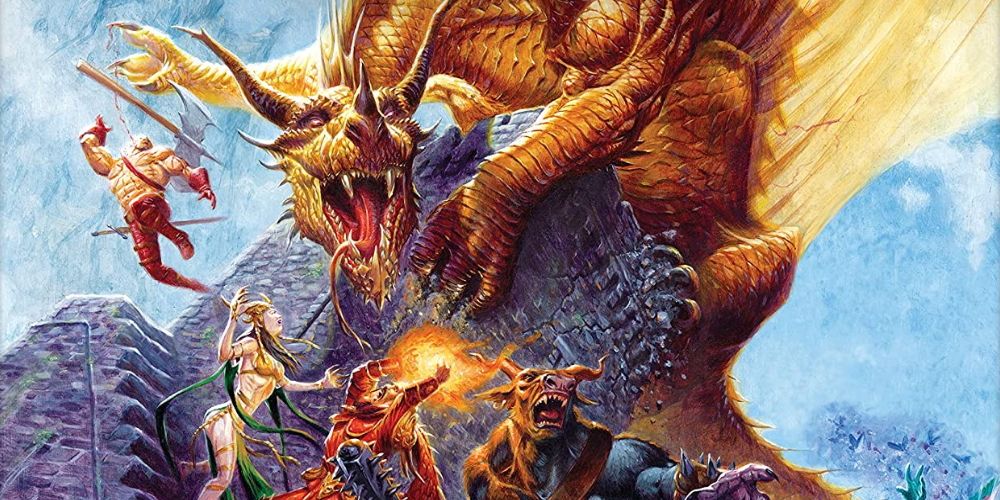 While there is definitely a racing element to Talisman, don't expect it to be a fast race. Talisman is a fantastical game about acquiring power. In a lot of ways, it feels like a fusion between Dungeons and Dragons and a board game like Arabian Nights. You will acquire party members, level up, purchase equipment, cast spells, and just generally adventure.

Your time in the game will be spent acquiring power, and making your way to the center of the map. Talisman is for people who are in for a long haul. It is a lengthy, involved game. However, it is never boring. Especially if you are the type of person who loves RPGs. 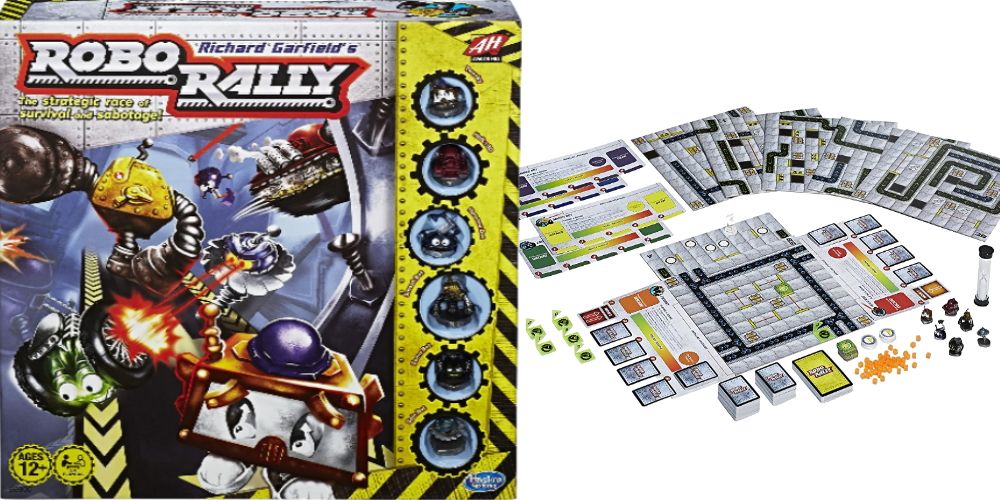 Robo Rally features the ability to build your own playfield (if you get paralyzed by choice, the instruction manual has recommended playfields). The primary thrust of the game is buying upgrades for your robot and fighting other robots. The goal is to hit every checkpoint. Once you do this, you win.

Movement is performed through movement cards (which will dictate the direction you move in, and how many tiles you move in that direction). Once you have determined your path, you can start a timer, which will force your opponents to choose their moves quickly. You can inflict negative cards on your opponents, too. Never before has the robot apocalypse been so much fun. 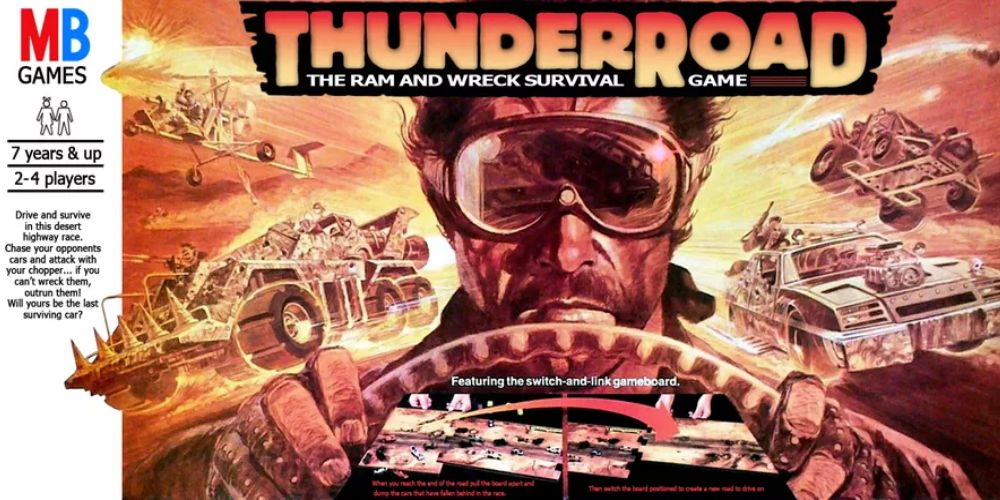 Mad Max fans rejoice, we have the post-apocalyptic racing game for you. Immediately, one thing that is great about this jaunt through the desert is that it allows for a variety of play styles. If you aren't interested in racing, you can instead choose to simply wipe your opponents out.

You will probably find that as you go through the game the balance of power will wildly swing from player to player. This is due to the mechanics for combat (as well as the hazards on the road). Your offensive options are increased by others passing you, as you will automatically engage any car that is immediately in front of you in combat. This all amounts to an excellent racing game with a fun combat mechanic. We encourage you to become a warrior on this furious road and claim victory for yourself. 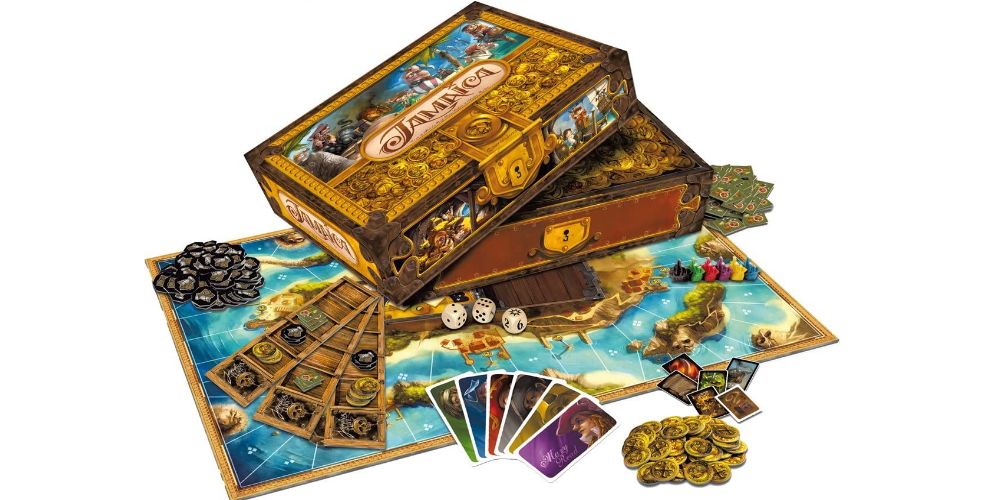 Collect treasure, sail the seas, battle other pirate crews, and make your way to Port Royale. Once one player reaches Port Royale, scores are tallied and the winner is decided. While this is a racing game, and the point is to reach the end, it doesn't necessarily grant you victory (though it is a lucrative source of points). Other factors (such as your amount of doubloons and treasures) will determine your score as well.

Jamaica is an absolutely fantastic game that rides the line between having a ton of unique approaches while also being accessible and easy to understand. When it comes to picking up a great racing game, you should consider charting a course for Jamaica. 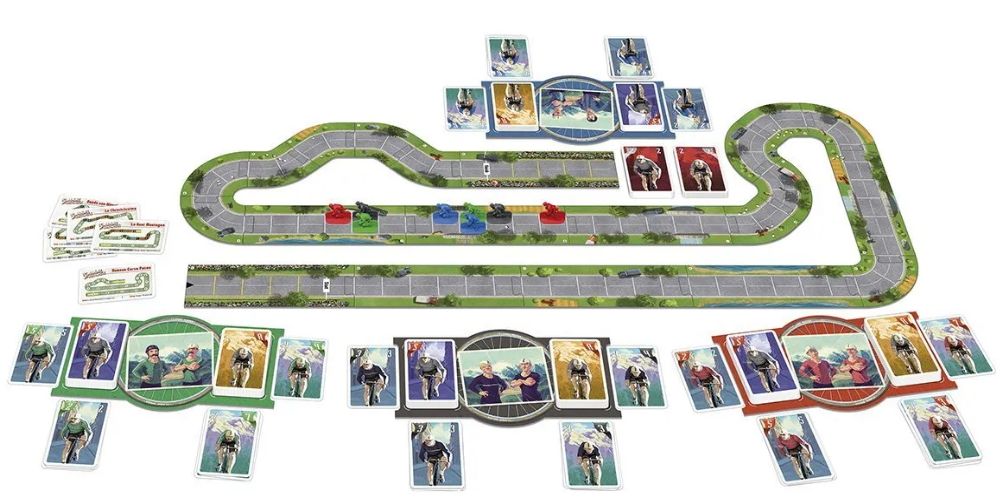 Flamme Rouge is a classic racing game, and for good reason. For starters, it plays very fastest. Which, you know, is pretty on theme. It is also a game that encourages you to stay close behind, but not take, the lead. If you are one space behind the lead, you will close that space at the end of the round.

If you are in the lead, on the other hand, you will be burdened with exhaustion cards that will almost certainly come back to haunt you. You also have two racers to manage, so there is an element of coordination. Ultimately, Flamme Rouge is a very simple, yet incredibly satisfying game. 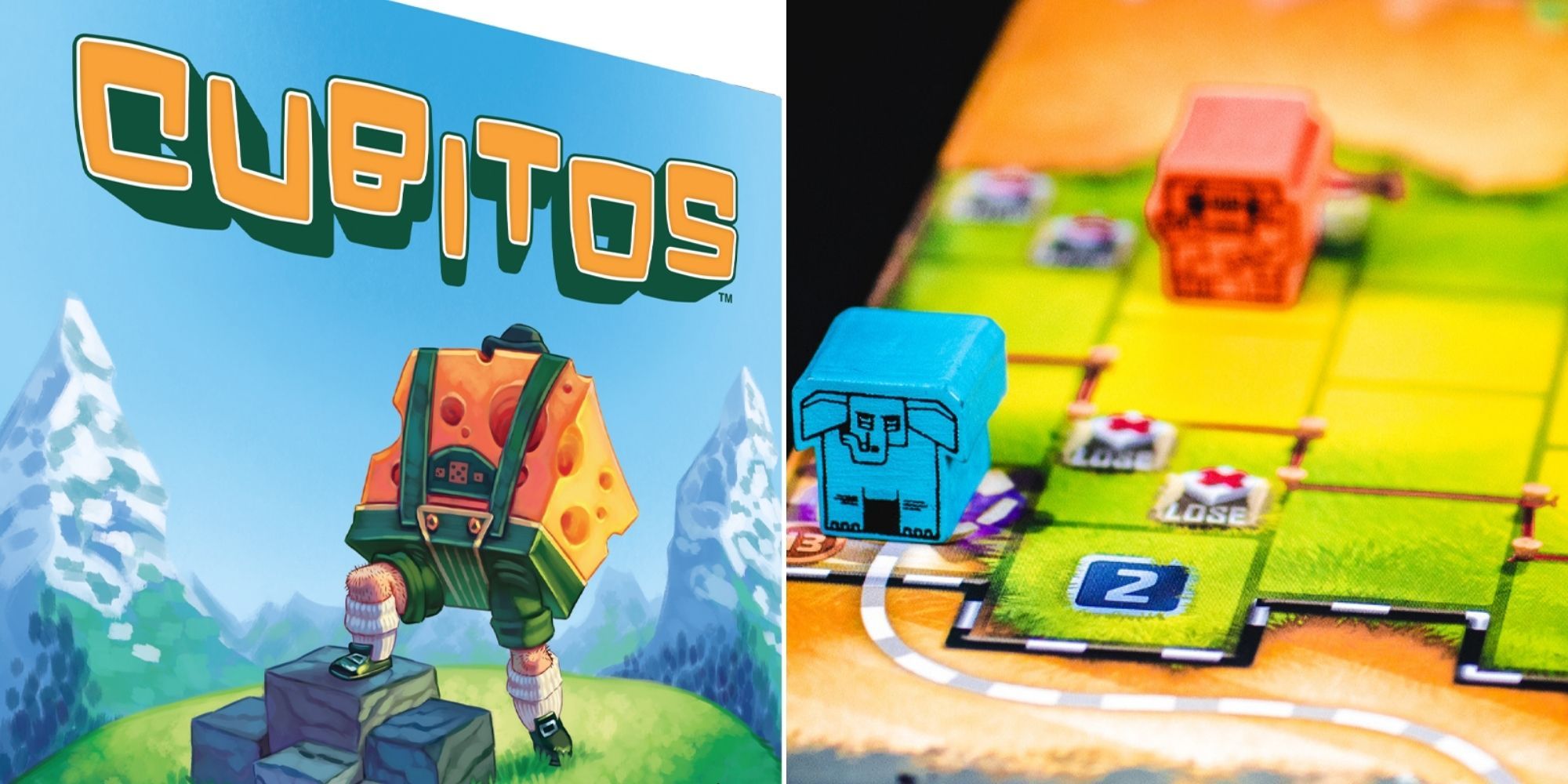 The board itself is filled with bonuses that can help you get to the end quicker. Even if you bust, you get to move along another track that will provide other benefits. While all push your luck style games have an element of luck, Cubitos manages to wedge in as much strategy as possible. It is also a fast-playing game that has an approachable set of rules. This is one game that isn't a bust.