Hearthstone Battlegrounds Season 3 has introduced a new minion type to the battlefield: Undead. With these new minions comes an entirely new way to play the game. Undead cards rely on a lot of Reborn synergy and some powerful late-game cards that can go toe-to-toe with some of the existing best endgame builds in the game.

This guide covers some of the best Undead builds and cards that you can use to win games, including when to pick up cards, good strategies for discovering minions from the tier above, and the sort of perfect boards you need to aim for to win. 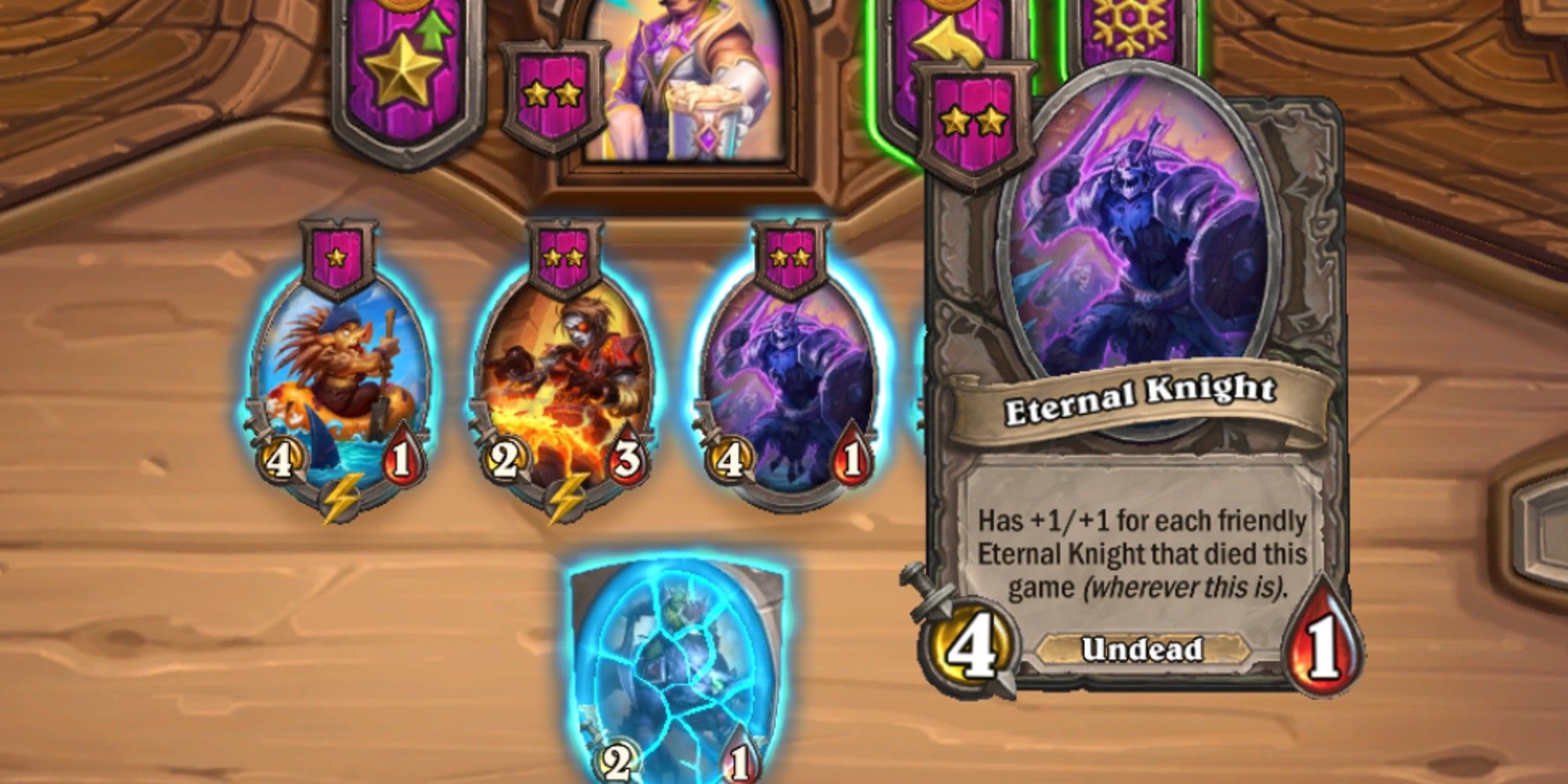 The absolute perfect set-up for a powerful Eternal Knight build is to pick these up early (they appear on tavern tier two) and then level quickly to be in chance of grabbing at least one of the seven available Eternal Summoners. These tier six minions are probably one of the best in the game now – they can be very, very strong even if you haven't been scaling those Eternal Knights from earlier in the game. 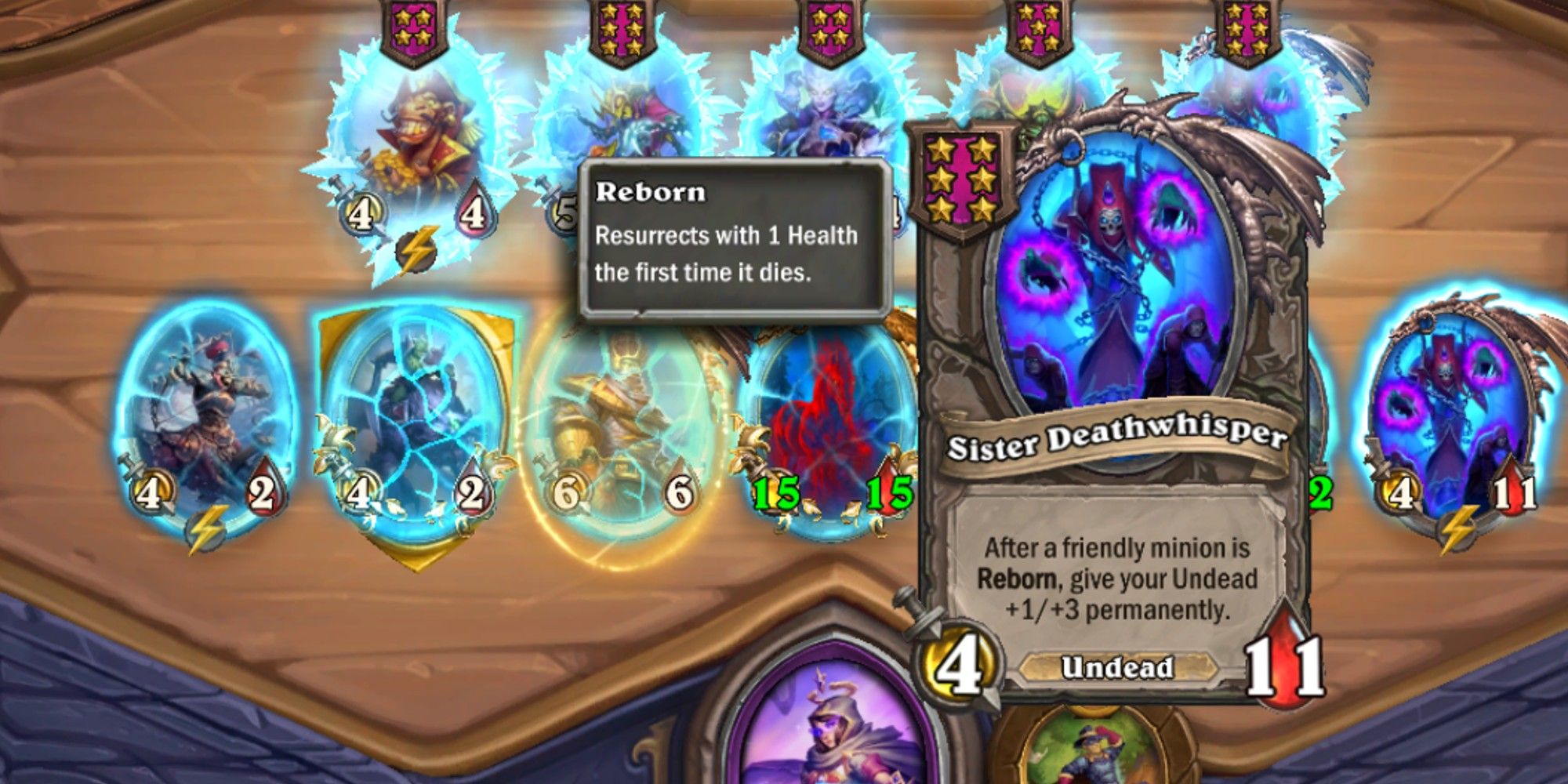 The Sister Deathwhisper build is very strong, but it really relies on having Reborn minions ready to go and a board of Undead. Minions like Soulsplitter and Handless Forsaken provide fantastic synergy, but even a buffed Deathrunner Blanchy will fit nicely into this build.

It is strong enough that you can pivot to a full Undead build once you pick it up, but if the lobby is stacked with other players who have already picked Undead, you might be in a bit of trouble.

Mid-Range Ghoul Of The Feast Build 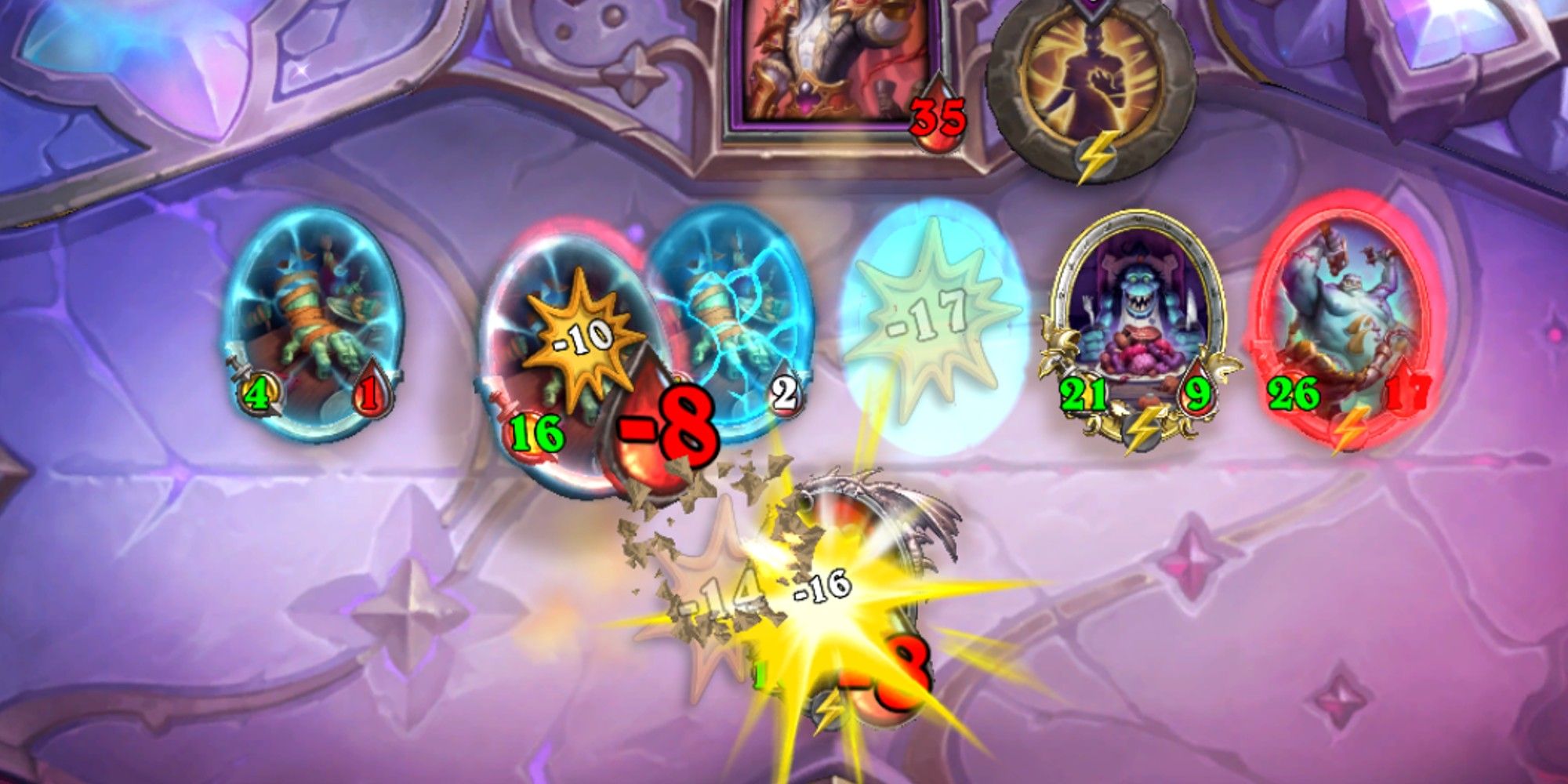 Ghoul Of The Feast is a card we didn't predict to be particularly good, but when used correctly, it can provide a massive tempo swing. Tempo is basically a way of describing when you get a quick (usually temporary) advantage over other players in the game. This can allow you to level up quickly and grab build-defining cards from the higher tavern tiers.

Much like other Undead cards, this does require a bit of synergy – you need to have some units that provide Avenge triggers, but also enough minion types to make this actually worthwhile. Mechs and Beasts work very well with this card, alongside Reborn undead. 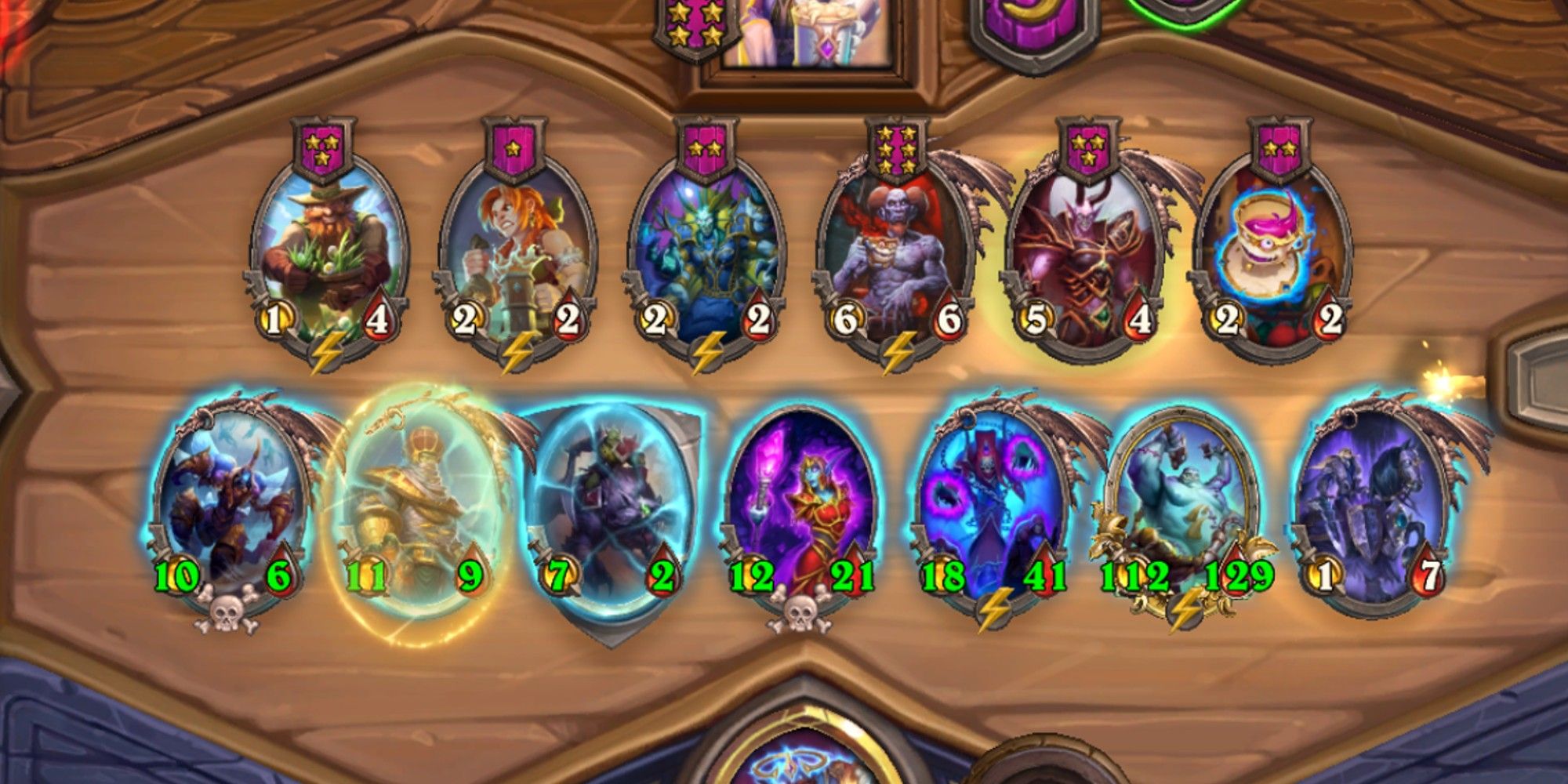 While we didn't originally have Hungering Abomination rated that highly, we think that this is a perfectly reasonable card to structure a top four build around. There is a bit of set-up involved with making this card work though: it needs to be acquired early, and you need to have at least some Avenge synergy ready to go. This doesn't necessarily mean Reborn Undead – it could mean Mechs with Menace or Beasts with Rats.

You also shouldn't solely rely on the Hungering Abomination, but it can be a good way to get some very high stats on a single unit to allow pivots into other late-game builds. It can fit into a late-game Reborn Undead build alongside powerful units like Sister Deathwhisper. 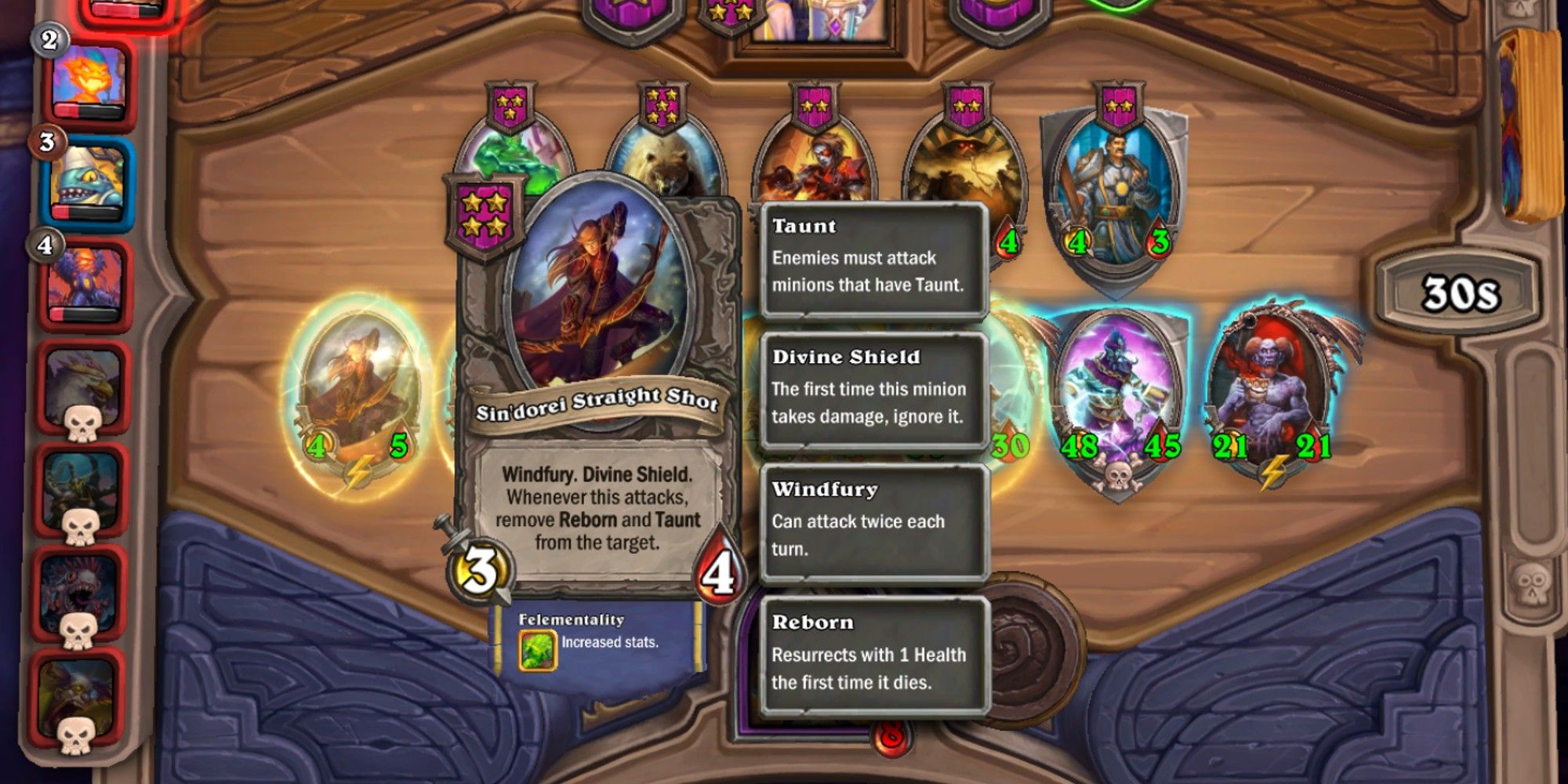 Sin'dorei Straight Shot is the number one counter to Undead Reborn builds, mostly because a lot of the Reborns also have Taunt. Sin'Dorei removes both Taunt and Reborn, which can cripple some of these builds.

Big cleaves, especially the Elemental Wildfire with a stacked Elemental build can also wreak havoc on builds that rely on multiple reborns. Mega Windfury Elementals are also quite strong at taking out minions that are buffing mid-battle.