Hearthstone Battlegrounds Season 3 introduces a brand-new minion type to the game: Undead. Not only is this an entirely new minion type, but you also have a range of hybrid minion type cards, a first for the game. That means you can have Undead-Beast or Undead-Murloc as well as Undead.

This list covers the best cards introduced with the patch, as well as some tips and tricks as you play with the new cards. New minions always shake up the Battlegrounds meta, so let's see what's in store this time around. 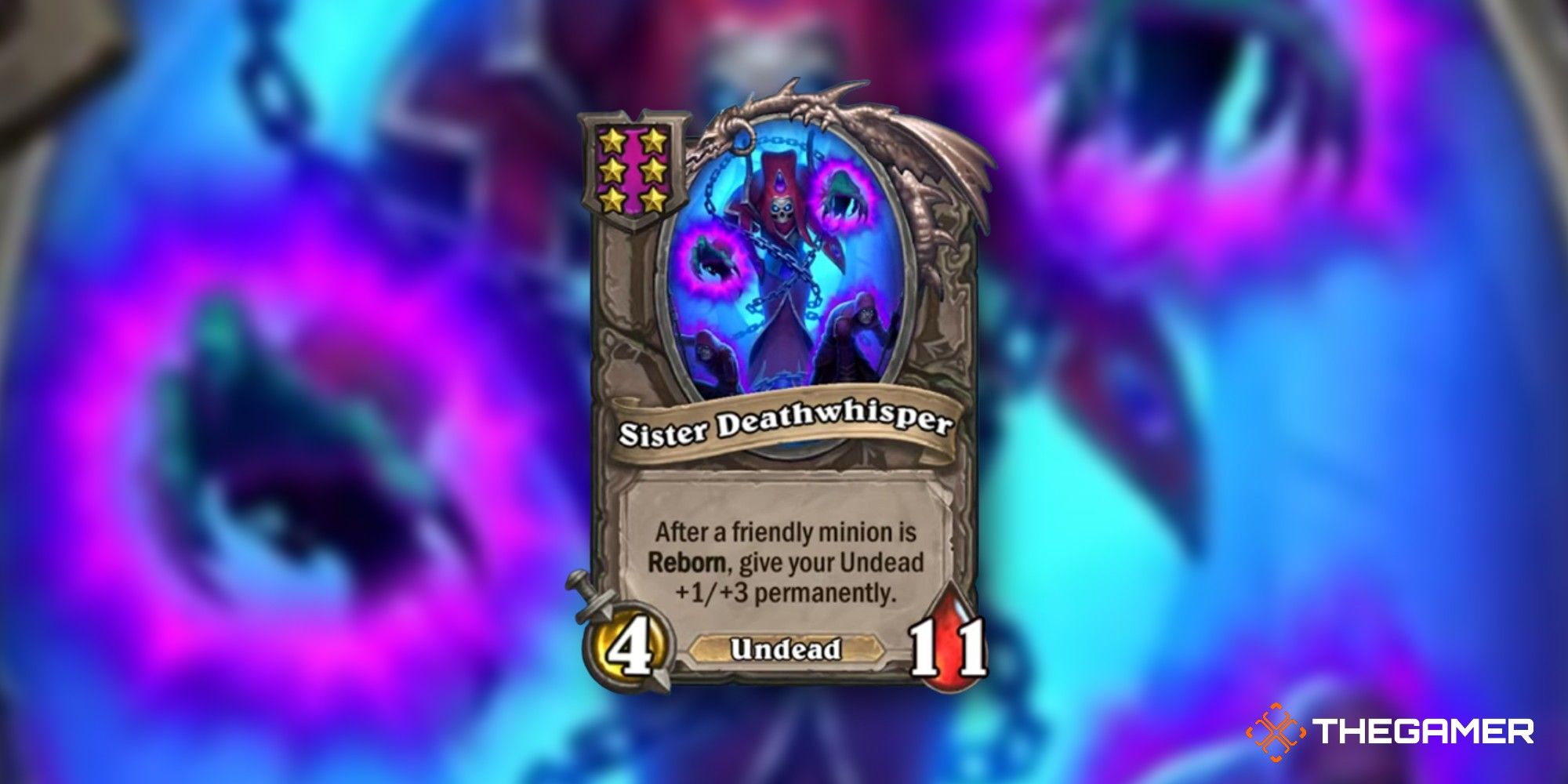 Starting with one of the potentially most powerful cards in the new Undead set, Sister Deathwhisper. There is a lot of Reborn synergy throughout Undead and Deathwhisper is the main powerhouse for pulling off this build in the late-game.

Grabbing this card from an earlier tavern tier with a set of Undead already on the board, and you're away, with the 1/3 scaling great for favorable trades. The buffs also apply during combat rather than before/after combat like some of the other tier six scalers. Really interesting card and definitely powerful. 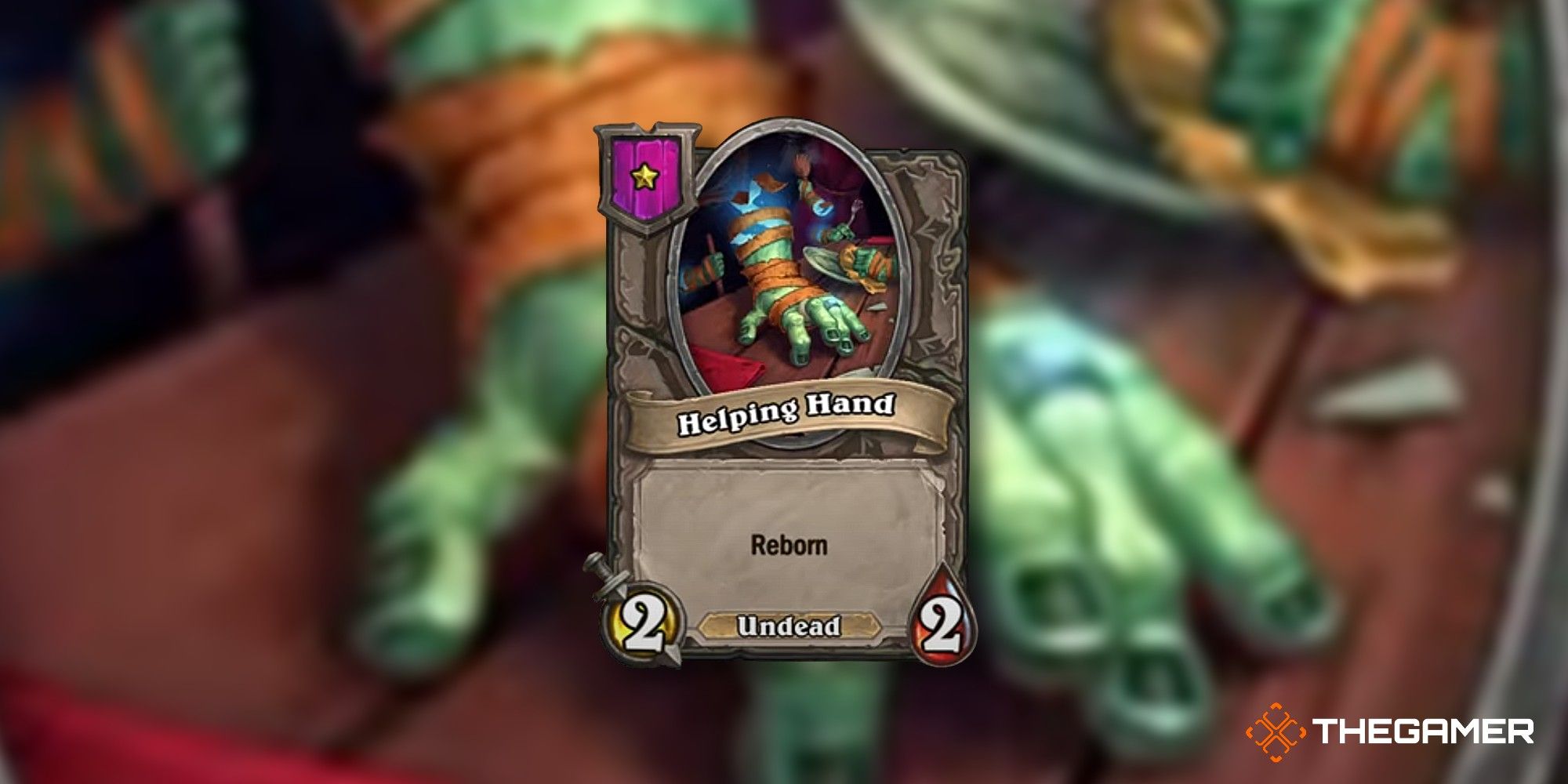 As far as tier one minions go, Undead doesn't come with anything really powerful (or a token), but Helping Hand is a very solid pick as a one-cost 2/2 with Reborn. This trades favorably at the start of the game and can start off some early Undead synergy, especially with that Reborn tag. For example, it scales well into an early Jelly Belly to help you survive the mid-game. 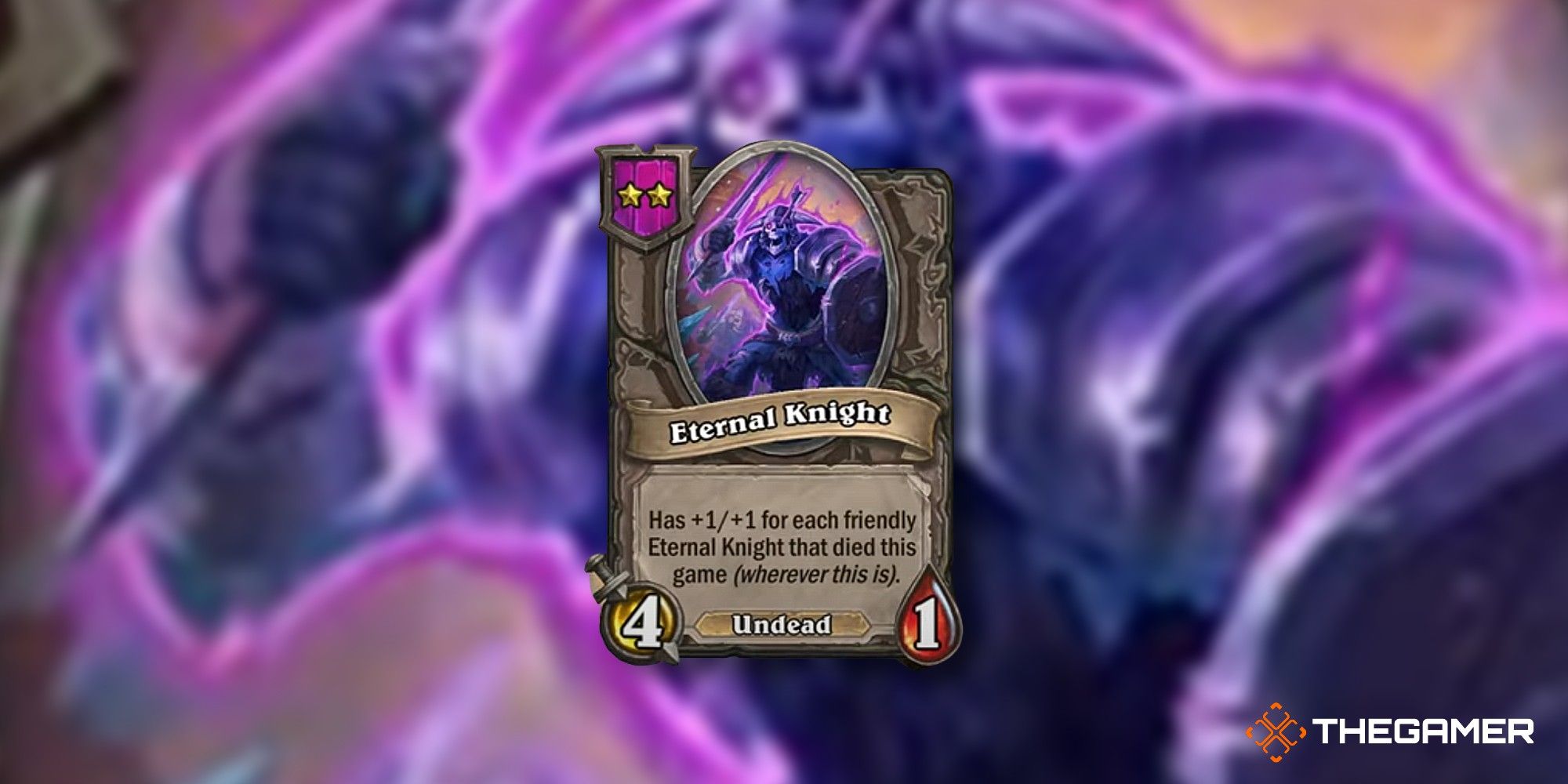 Eternal Knight is an exciting two cost card. If you were around for the Pogo Hopper meta, you'll know how fun these sorts of scaling cards can be. Unlike Hopper, Eternal Knight will scale continuously and can be rotated through Bob's shop to continue growing stats. Seeing as this is available from as low as tavern tier two, we reckon there could be some really fun builds with this card if everything falls in the right place.

With two copies of the card on the board, they will also scale each other, even if the other card is already removed from the board.

Both other Undead two cost minions are actually pretty decent as well. Nerubian Deathswarmer grants your Undead attack permanently wherever they are and can be cycled to increase this. Scarlet Skull provides a really decent +1/+2 buff during combat to give you a tempo play in the early game to hopefully let you level your tavern faster. 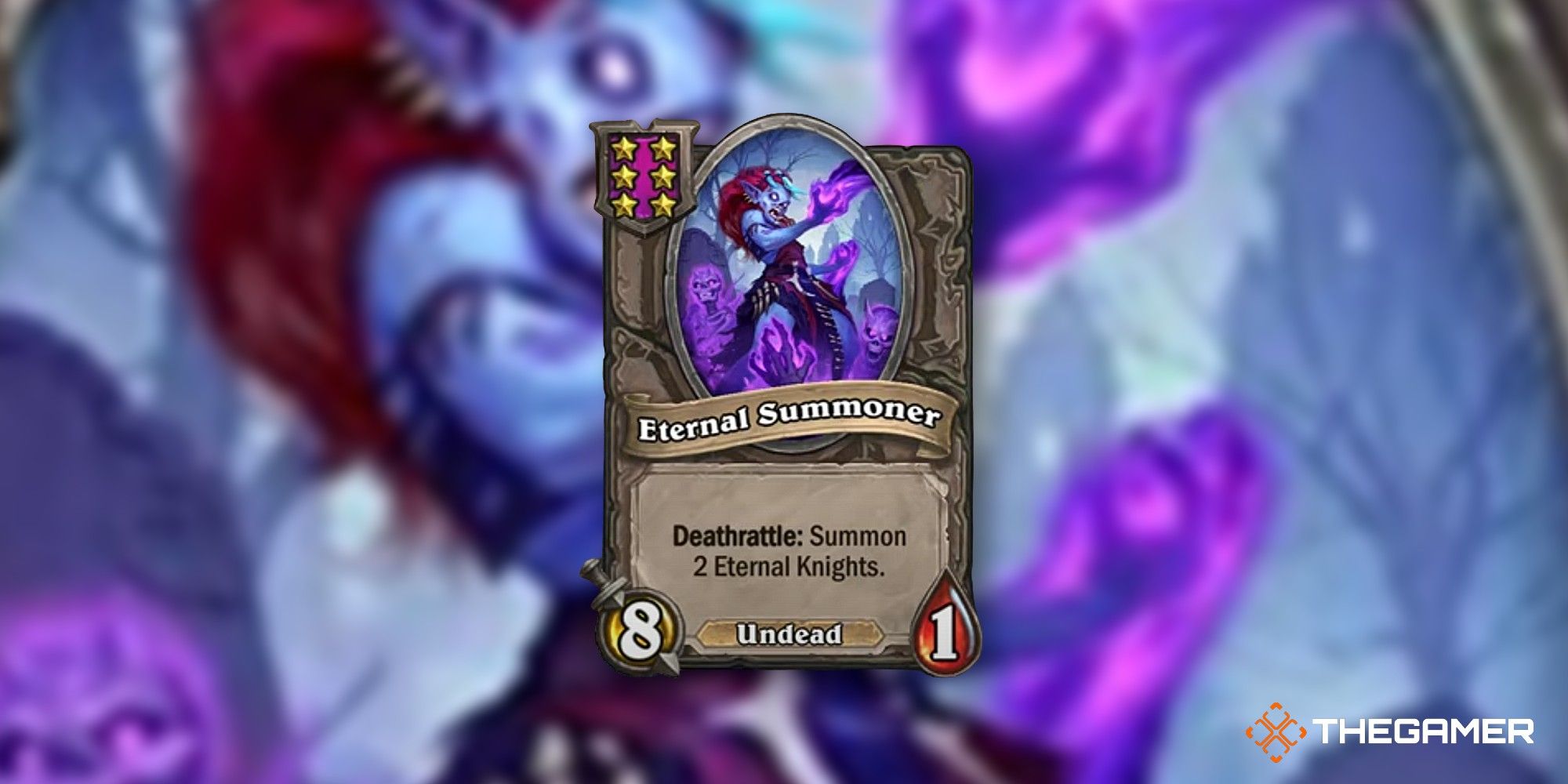 Directly related to the Eternal Knight, we've got this six cost Eternal Summoner. When killed, it will spawn two Eternal Knights. If you've been working away at scaling the Knights throughout the game, this is a fantastic power curve towards the end.

What's really interesting about this card is that you can have as many other Eternal Knights on the board as you've managed to collect, and they will all buff each other – even the ones that haven't been spawned by the Eternal Summoner. Apply Reborn to this card, and you'll also have this repeating generator of cards. 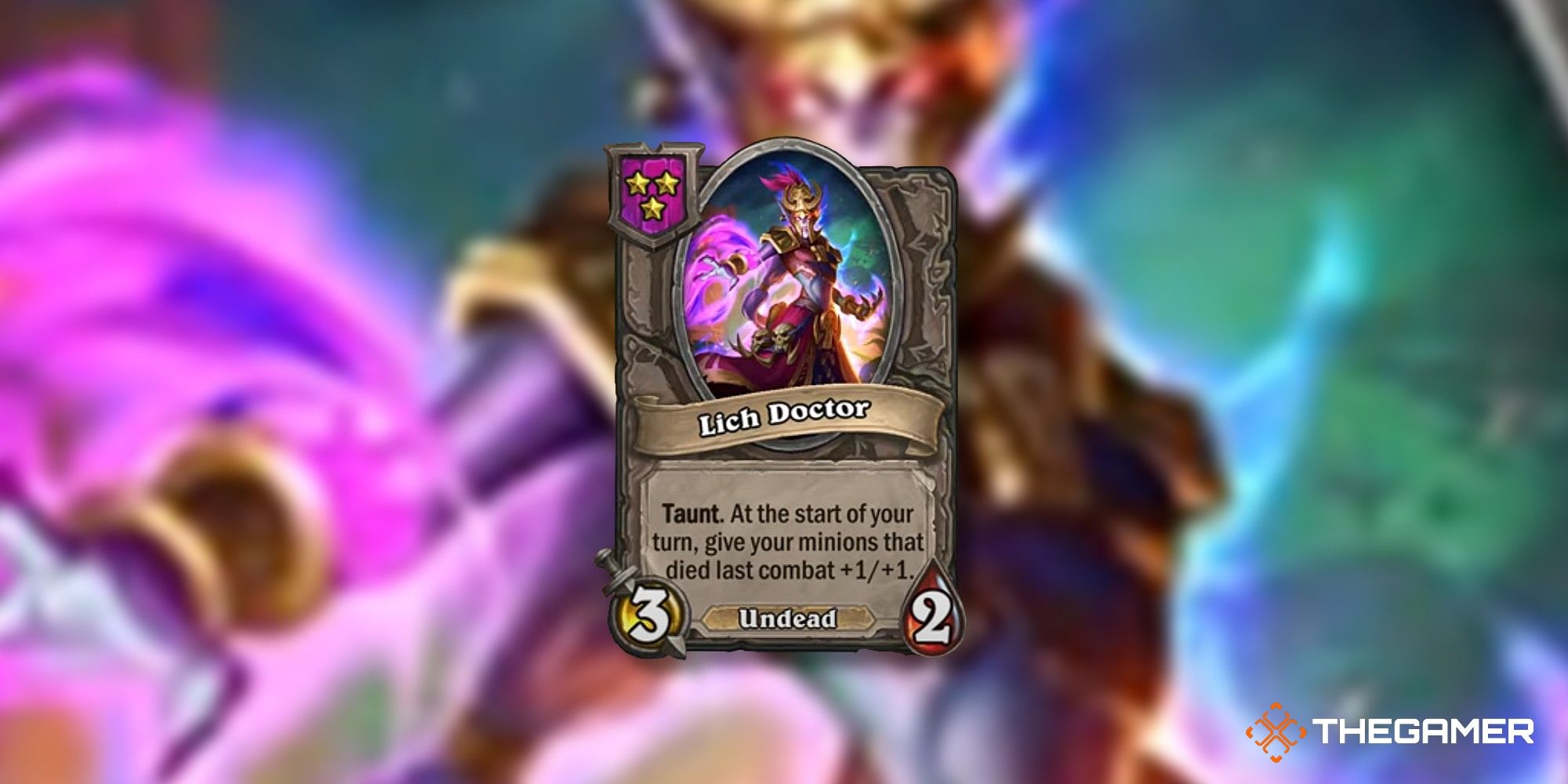 Out of the three drops, we've gone for Lich Doctor. This card provides a very simple buff of +1/+1 that is not permanent, but it can provide a decent discover for turn three and a significant tempo swing that will let you level up quickly to hit those powerful tier six minions.

Ghoul Of The Feast & Jelly Belly

Ghoul Of The Feast is one of those minions that is only good in very specific situations, and it relies on having some kind of menagerie board set up (that's minions of multiple different types.) We can't see you picking up this card on tier three that often. Likewise, Jelly Belly is in an odd place – you get +3/+3 for every minion that is Reborn, but these stats are not permanent. Basically another tempo play to help you level faster. 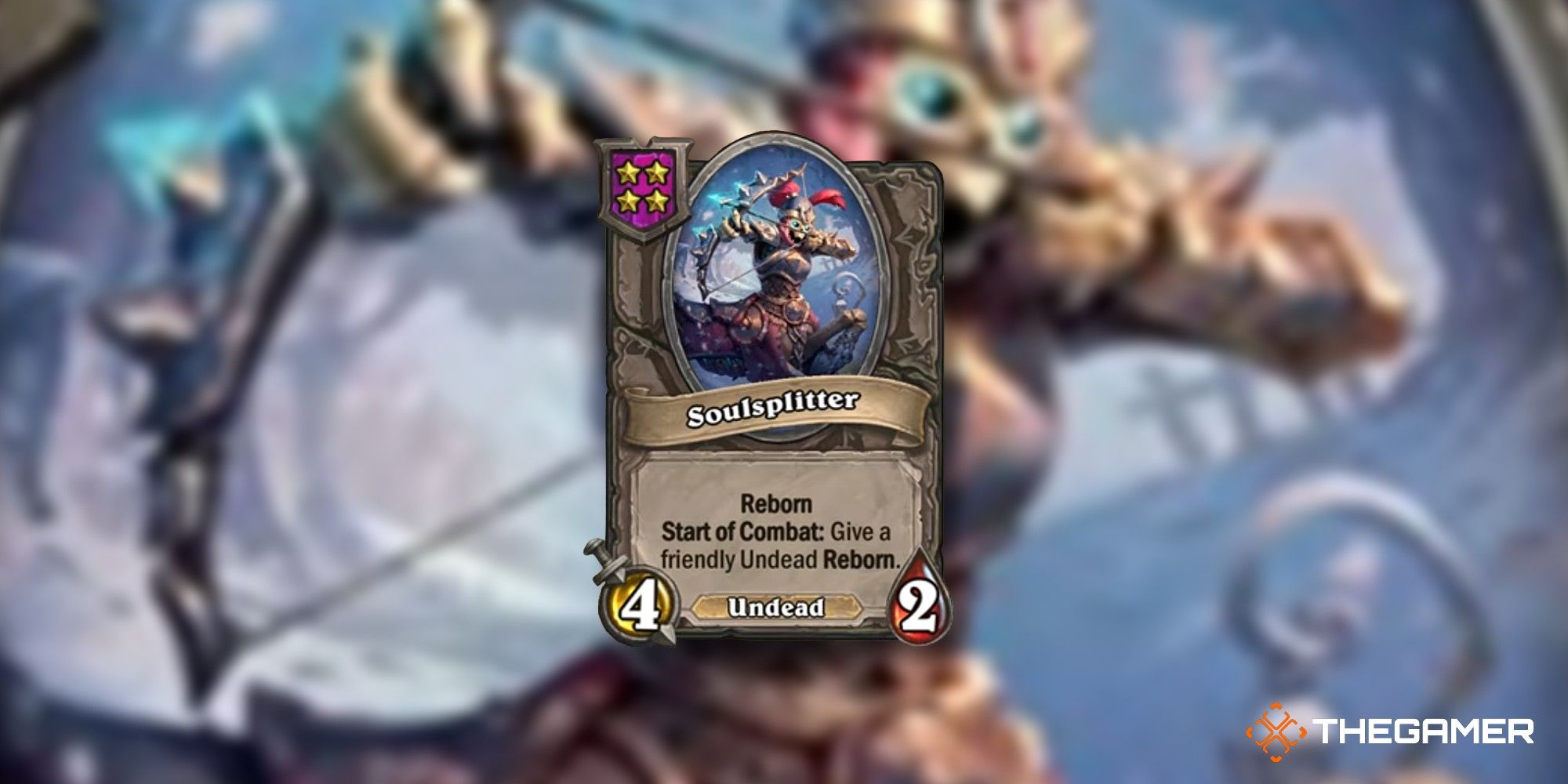 Soulsplitter is the main card you'll be using to create Reborn synergy. You could use it alongside Handless Forsaken (the other four drop available to you) to basically create an endless wave of Reborn minions, which will eventually help you scale with Sister Deathwhisper.

We think this is a really important card for Undead builds. 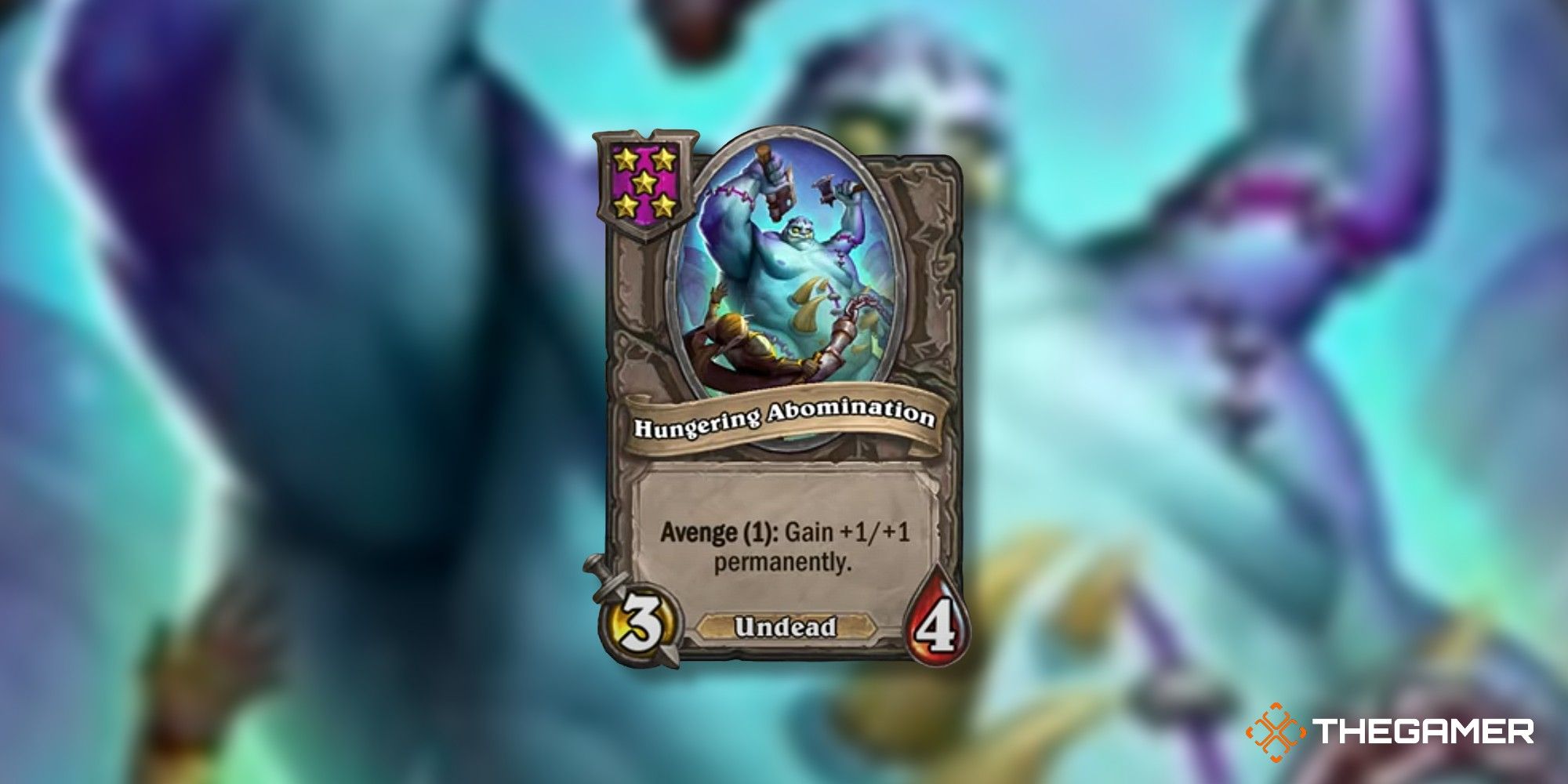 This is a five cost card that could be really powerful, coming with an Avenge (1) that grants +1/+1 permanently. Although it arrives quite late in the game, you could pop this from an early tavern tier with a discover and then utilize the Reborn synergy of other Undead cards like Soulsplitter and Handless Forsaken, but it also has synergy with other minion types, like Beasts and Mechs.

Alongside the Hungering Abomination, you've also got Anub'arak at five cost. This is a tricky card to judge, because although it does provide +2 attack each time it dies (which can also be scaled with Reborn effects of other Undead cards, you probably want to rush straight to six drops if you're pursuing an Undead build – this might mean that Anub'arak kind of goes missing or isn't as impactful as it first might appear. 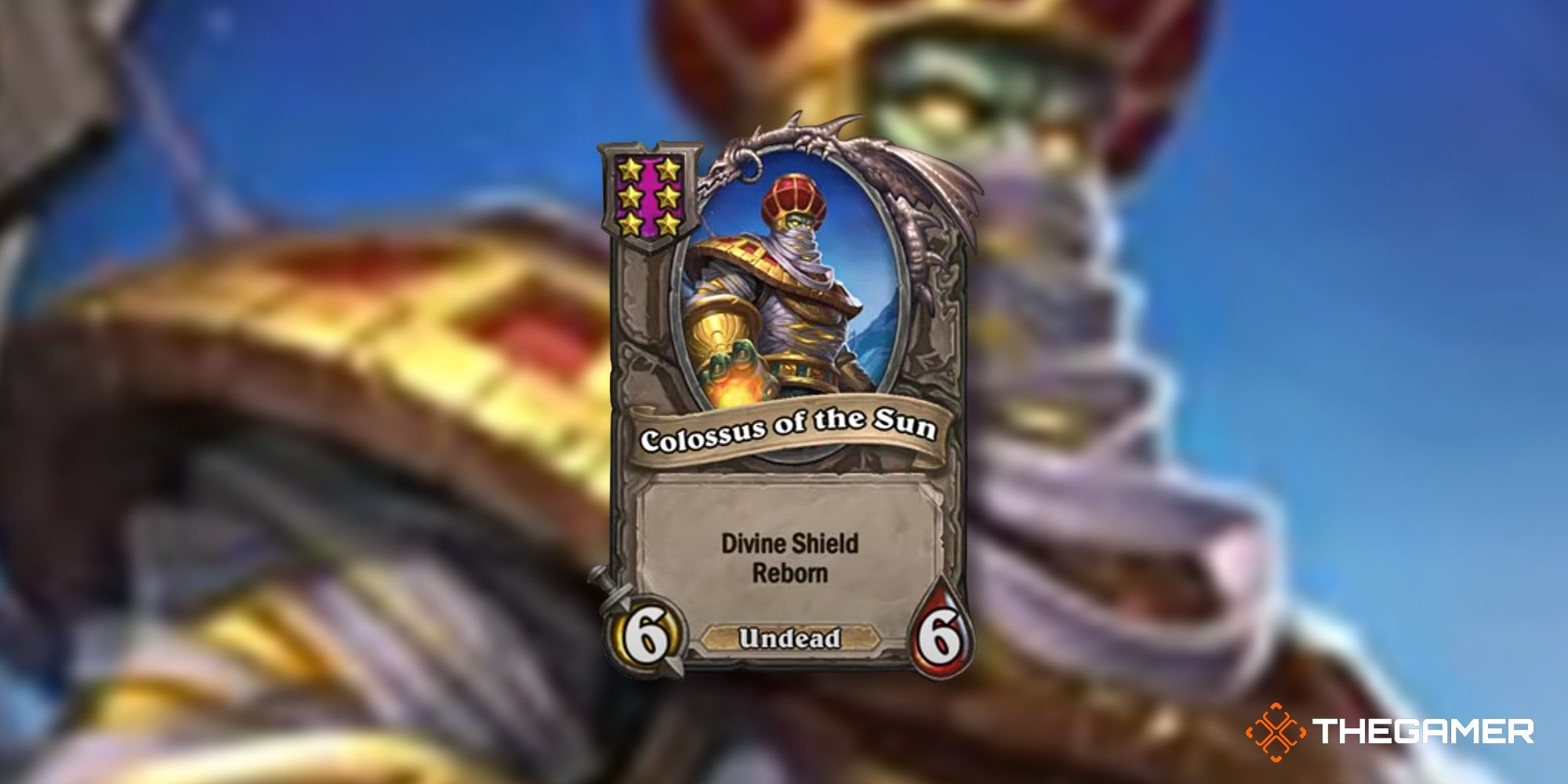 Colossus Of The Sun is an excellent six drop card that is really worth pushing early for. It comes with 6/6 and Divine Shield, plus a Reborn effect that is great (you get another Divine Shield from it), and scales well with Sister Deathwhisper and other Undead cards. Even if you're not playing Undead, this doesn't feel like a bad discover at tavern five because it is so powerful and could give you some leverage further into the game. 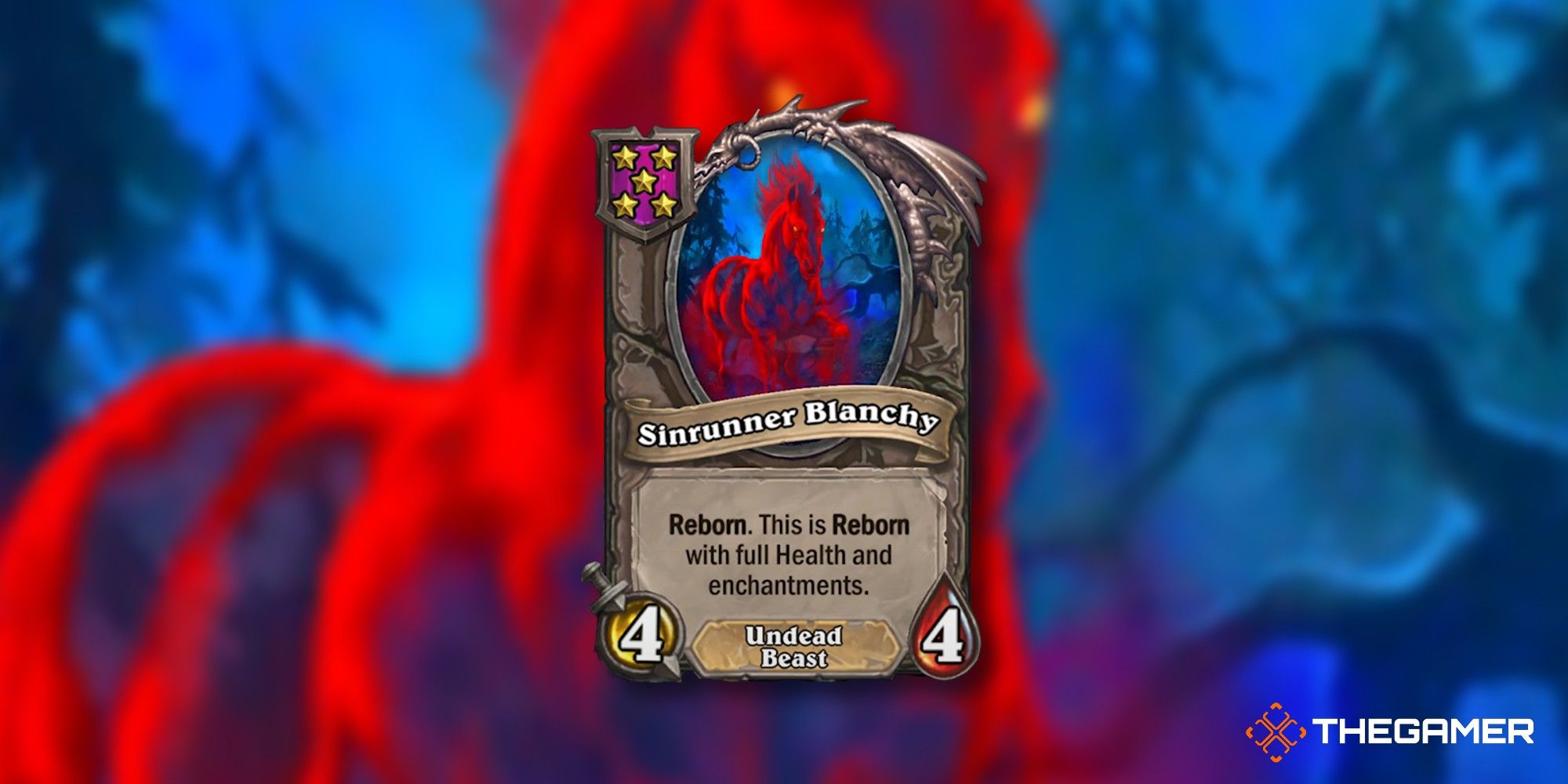 As well as Undead minions, we've also got this Undead Beast, Sinrunner Blanchy. This could be an excellent card – not only does it keep its stats when Reborn (great for Undead synergy), you've also got the potential for stat buffs with Beast cards like Mama Bear, Leap Frogger, and loads of others. We can see this fitting into both Undead and Beast builds, but it might also see play across lots of other builds because it also keeps enchantments which means it fits into builds that give you divine shield, or wind fury. Overall, one of our favorite dual-type minions coming with this patch.