Dragon Age 4 news has been scant since The Game Awards, but BioWare’s latest book, “BioWare: Stories and Secrets from 25 Years of Game Development,” has some surprises in store for Dragon Age fans. One of those surprises reveals just where Dragon Age 4 will take place.

According to Eurogamer, concept art and descriptions in the book reveal that Dragon Age 4 will be set in the Tevinter Imperium, the largest human nation in Thedas. This isn’t all too surprising given that Tevinter has been at least mentioned in all previous Dragon Age games and remains one of the few places where players haven’t been. It’s also teased at the end of Dragon Age Inquisition’s Trespasser expansion, noting that Tevinter becomes “mired in conflict” with the Qunari the disruption of the Dragon’s Breath plot. 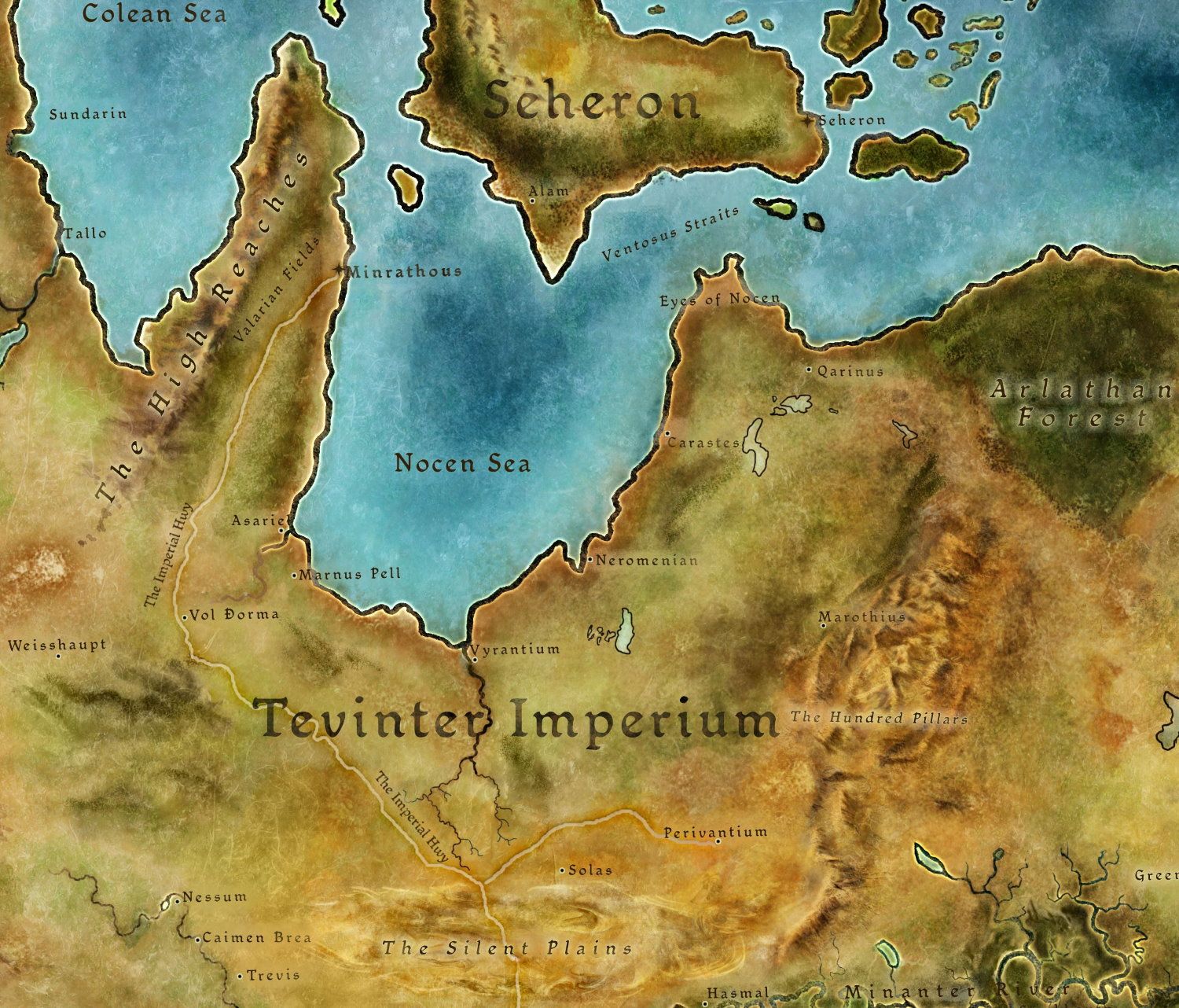 Some other locations get hinted at in the book, such as “a glittering city surrounded by water almost certainly shows Antiva City, the capital of Antiva, an area which borders Tevinter to the east.” There’s also art for Mourn Watch guards, which are typically found in Nevarra just south of Tevinter.

Other clues for what we’ll find in Dragon Age 4 come from a series of short stories published by EA for Dragon Age Day. Written by Dragon Age’s narrative team, they reveal deep cuts and interesting lore from the wider Dragon Age universe.

The Dread Wolf was also confirmed to return in the trailer released at The Game Awards last month. We don’t know what Solas is up to, but he seems to be addressing the protagonist of the upcoming game, possibly indicating his role as a companion.

We still don’t have even a release window for Dragon Age 4, but these tantalizing hints certainly make me anxious for more. Let’s hope BioWare delivers.