The anime adaption for Burn the Witch now has a dub premiere date and cast. Burn the Witch began life as a one-shot in Weekly Shonen Jump. Created by Tite Kubo, Burn the Witch is set in the world of Bleach. Instead of Japan, the story takes place in London, and follows the Western branch of the Soul Society. The two main protagonist Witches are Ninny Spangcole and Noel Niihashi. Instead of Bleach’s Hollows, the Witches deal with deadly dragons. The one-shot was followed by a four-chapter miniseries, with a sequel coming in the future.

Burn the Witch was adapted into an anime film last year, and released internationally as a three-episode series. Crunchyroll announced the English dub will be available on March 15, 2021. The dub cast includes Allegra Clark as Noel, Olivia Hack as Ninny, Griffin Burns as Balgo and Sean Chiplock as Bruno. Of course, those who prefer subtitles can still watch the anime right now on the streaming service. 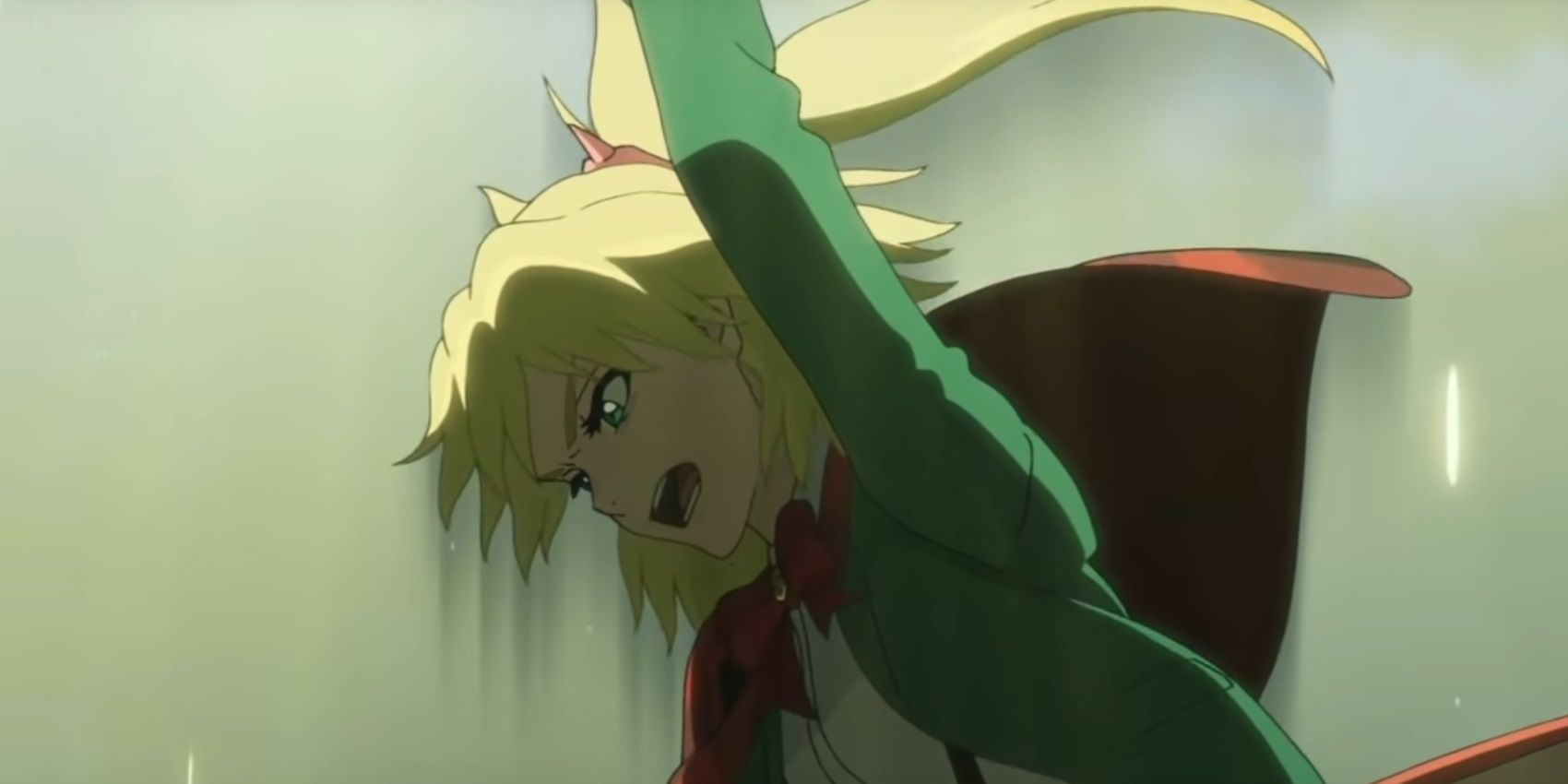 It’s good to see Burn the Witch getting a dub date for those of us waiting to watch the show in English. The anime was well received, unsurprising given the source material. The Burn the Witch manga established a lighthearted atmosphere not unlike Bleach, but also its own unique identity with notable characters and interesting lore. Plus, who doesn’t like dragons? There’s certainly plenty of potential. Chapter four concluded the miniseries, but it also served as a prelude for big things to come.

Besides Burn the Witch, it’s a pretty good time for Bleach fans. The anime is returning after a number of years to adapt Bleach’s final storyline, the “Thousand-Year Blood War.” There is a ton of material to cover across over 200 chapters. Sadly, there is no premiere date yet. The announcement was a year ago, so we hope more news will come soon.

In other Bleach news, Yoruichi was recently added to the Jump Force cast, bringing Bleach’s franchise count to seven characters in the fighting title. The core Bleach storyline may be over, but its popularity continues on with Burn the Witch, character additions, and a new anime.

NEXT: Justice League Snyder Cut: Have A Teaser For The Trailer That’s Coming In 2 Days

Daniel has been writing video game news, features, and reviews at TheGamer for some time now. He also contributes to ScreenRant. In the past, he’s written for ComicBookMovie, Unleash the Fanboy, and 411 Mania. He resides in Old Bridge, New Jersey, and graduated from Thomas Edison State University with a B.A. in Communications. His favorite video game company is Nintendo, and once you get him talking about Mario or Smash Bros., he won’t stop. He has also enjoyed many PlayStation exclusives, such as The Last of Us and Horizon: Zero Dawn. The only other entertainment he enjoys more than gaming is watching a Godzilla movie.