It seems people don't quite know what to make of Blue Protocol. It is being discussed as "Amazon's Genshin Impact", both of which are being used as insults. But I'm not sure that's particularly accurate or wise. While I will admit Blue Protocol was not one of the trailers that most impressed me during The Game Awards, on a rewatch I can see its potential. Not only does it seem like a game I personally may be interested in, it could also have mammoth potential, and it's well worth keeping an eye on.

Amazon's reputation in the games industry as being a bit of a joke is well earned, but doesn't hold up to scrutiny. A lot of this sentiment comes from the fact it is Amazon – an unpopular yet hugely successful capitalist enterprise wading into gaming and pulling levers and pushing doohickeys until money comes out. It's an interloper, an invader. Google was met with a similarly frosty reception, and ultimately, Stadia failed. Amazon's early steps were huge blunders, too. Breakaway, Crucible, and the Lord of the Rings MMO were all shouted from the rooftops and then immediately cancelled.

After pivoting from minor app-based games into being a major triple-A studio, Amazon's first three games were cancelled, and wedged in between them was The Grand Tour Game, a title that, much like myself, you are probably only now learning even exists. The tide has turned though. New World recovered from a slow start to have a brief moment in the sun, and has a firm foundation to be built upon. Lost Ark, the most similar title to Blue Protocol thus far, has also been its biggest success. If we assume the pattern continues, and then factor in both Lost Ark's strengths and the fact the far more experienced Bandai Namco are on board, and Blue Protocol being "Amazon's ‘anything’” no longer feels like a strike against it. 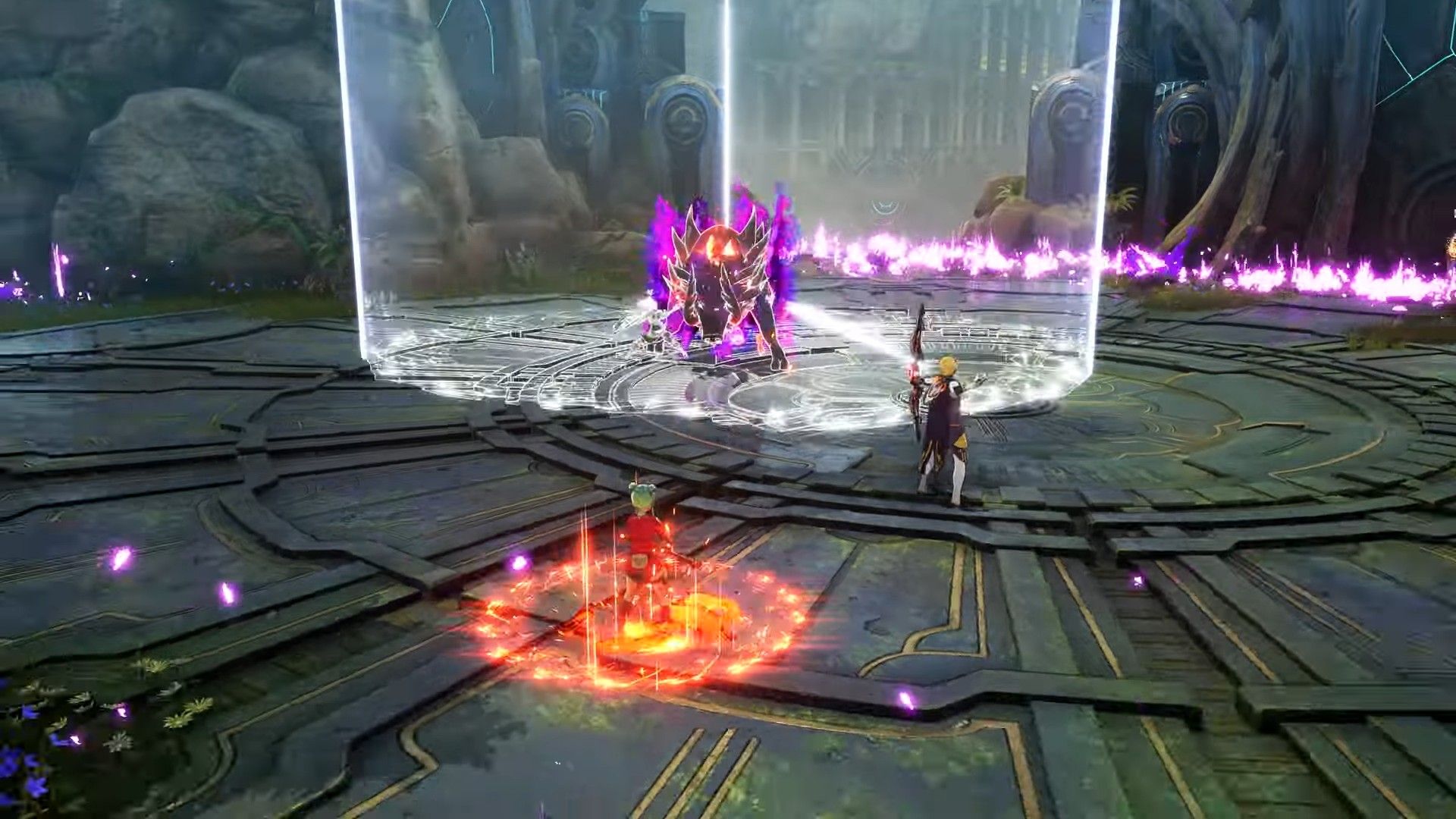 Then there's the comparison to Genshin Impact, which takes a little longer to unpack. It feels typical of the way we in the West dismiss games from Asia as all looking the same while drooling our own obsession with photorealism, grimy atmospheres, and gruff white men. While there's some anime inspiration, it feels closer to Fire Emblem's designs than Genshin Impact. Besides, there's no real way to lose. Genshin remains incredibly popular, and if Blue Protocol has even half the launch Genshin did, I feel that would be counted as a roaring success by the devs. And, given that it's not really all that much like Genshin, it's an empty critique anyway.

We can't learn all that much from what Blue Protocol has to say for itself, unfortunately. The Steam description touts it as having "a dynamic action combat system, deep character customization, and an epic story set in a vast world", all of which sound neat but are also an incredibly generic way to talk about a video game. Like 75 percent of them are epic stories set in vast worlds, and 90 percent claim to have dynamic action combat these days. Character customisation is more intriguing, but we're yet to see it in action. However, we'll have the ability to change faces and hair, as well as outfits, weapons, and mounts, so as long as there are a range of options, it looks set to keep its promise on depth. 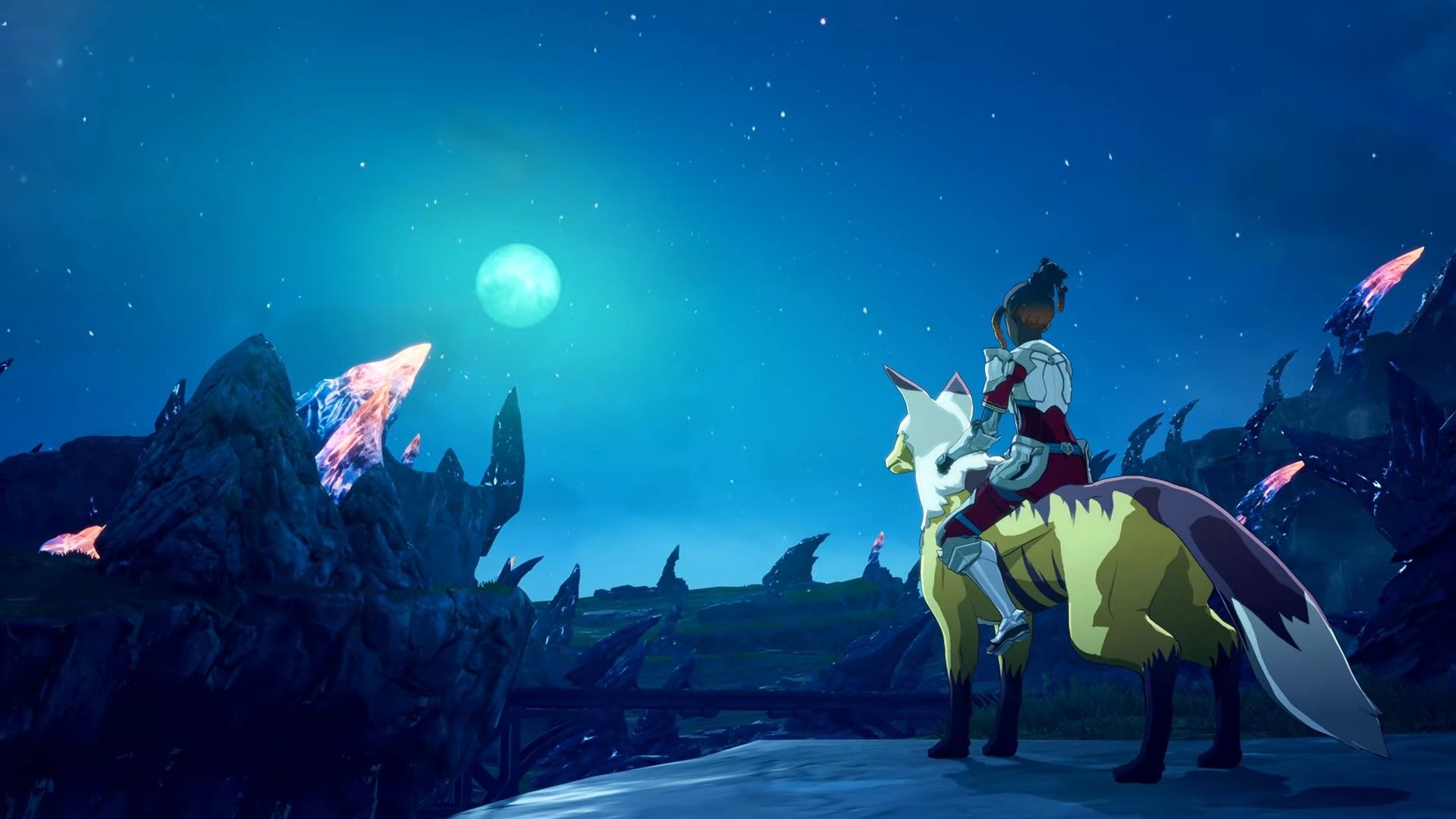 Things could go wrong for Blue Protocol, or it could just be a dud, but I don't think being made by Amazon and Bandai, or vaguely looking like Genshin Impact, will be the cause of that duddery. Being counted out could even work in its favour. Devs would always prefer their game to all aboard the hype train, but high expectations are much harder to meet. Blue Protocol is poised to be 2023's surprise package. In a stacked year, it could emerge from the shadows as the year's breakout hit.