As far as Breath of the Wild is concerned, weather is not your friend. Link’s mobility is greatly hindered by Hyrule’s weather, with rain outright preventing players from climbing (arguably BotW’s single defining feature). Thunderstorms are even more dangerous since they target metal, forcing Link to unequip most mid to high level gear. Even armor suffers under this penalty, making thunder always a threat in Breath of the Wild. While there’s no getting around the perils of rains, BotW does feature a set of armor to help during thunderstorms.

All three pieces of the Rubber Set are tied to Side Quests in Breath of the Wild, with two obtained as rewards for Shrine Quests. Taking the time to find the Rubber Helm, Rubber Armor, and Rubber Tights pays off – especially for anyone who wants to explore every inch of Breath of the Wild undisturbed by thunder. 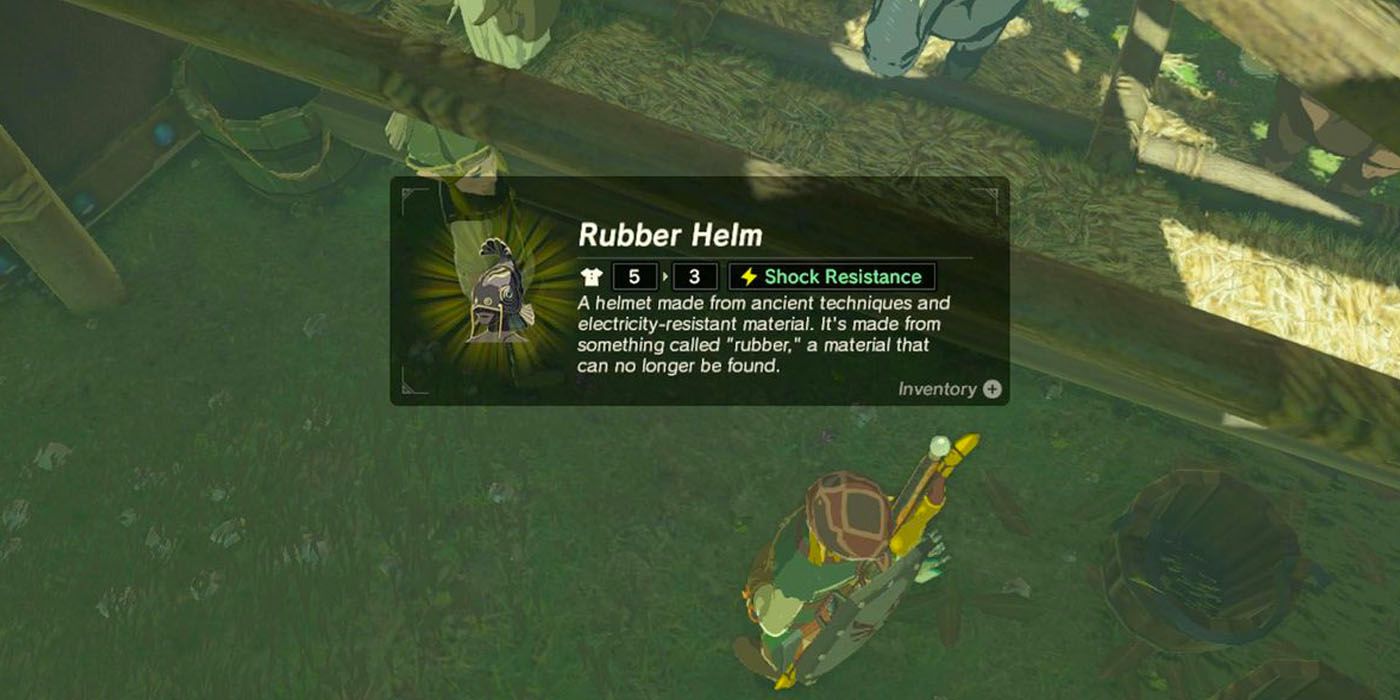 Link can obtain the Rubber Helm by completing the Thunder Magnet Side Quest found in the Faron Region. Head to Lakeside Stable and speak to Cima. Cima can be found outside by the horses and is awake from 7am to 9pm. When spoken to, Cima will reveal that she’s afraid of the lightning strikes that keep happening by Lakeside Stable.

Cima will ask Link to figure out why this is happening, triggering the Thunder Magnet Side Quest. To complete the quest, simply climb up to the top of the stable to find a Woodcutter’s Axe plunged into the roof. Either jump down from a nearby cliff or use Revali’s Gale. The Axe itself is what’s attracting lightning, so pick it up and let Cima know what was causing her so much stress. As a reward, she’ll give Link the Rubber Helm. 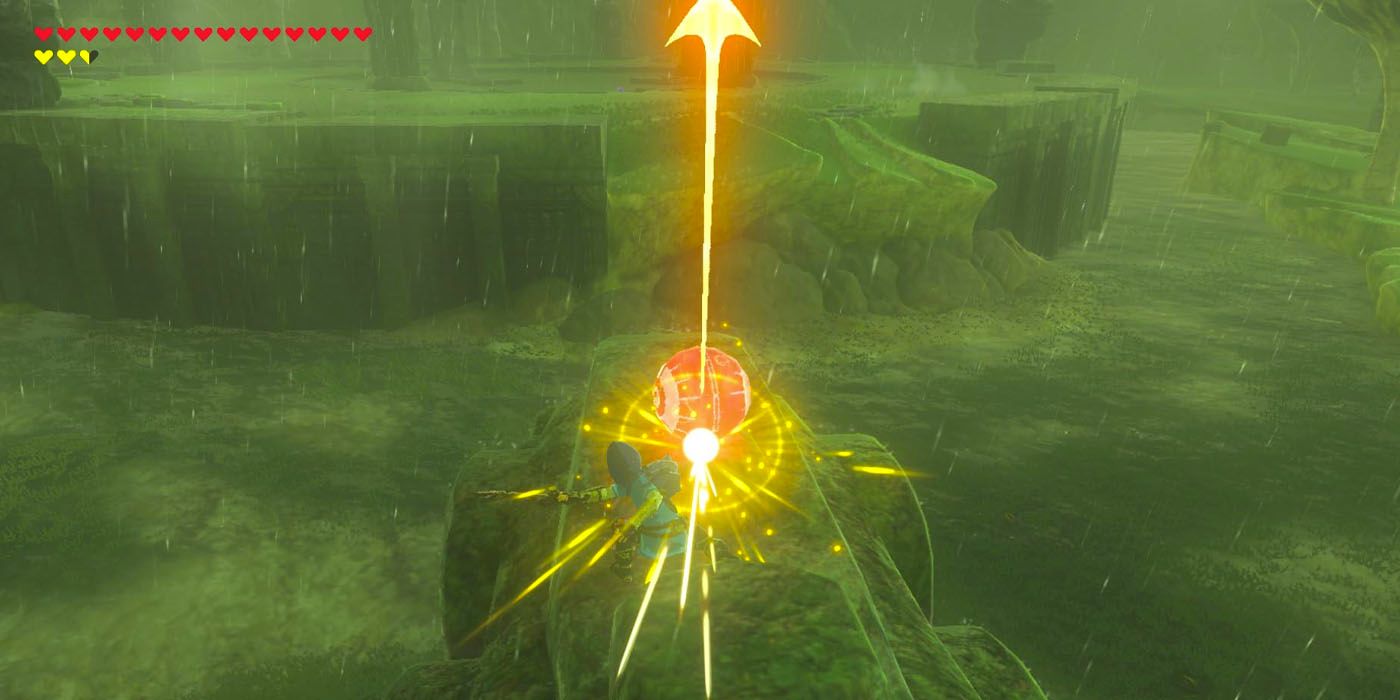 To obtain the Rubber Armor, players need to first complete the Trial of Thunder Shrine Quest located at Thundra Plateau in the Ridgeland region. The plateau is being bombarded with lightning, so make sure to unequip any metal equipment and equip shock resistant gear. The goal of the Trial of Thunder is to get each color coded orb in the vicinity into their correct slots.

The key to getting each orb into their slot is by using Stasis and then hitting them towards the Plateau. The Purple and Green orbs will already be on the Plateau, but the Red and Orange orbs will have to be maneuvered. Once all four orbs are in place, you’ll unlock the Toh Yahsa Shrine where Link can find the Rubber Armor inside. 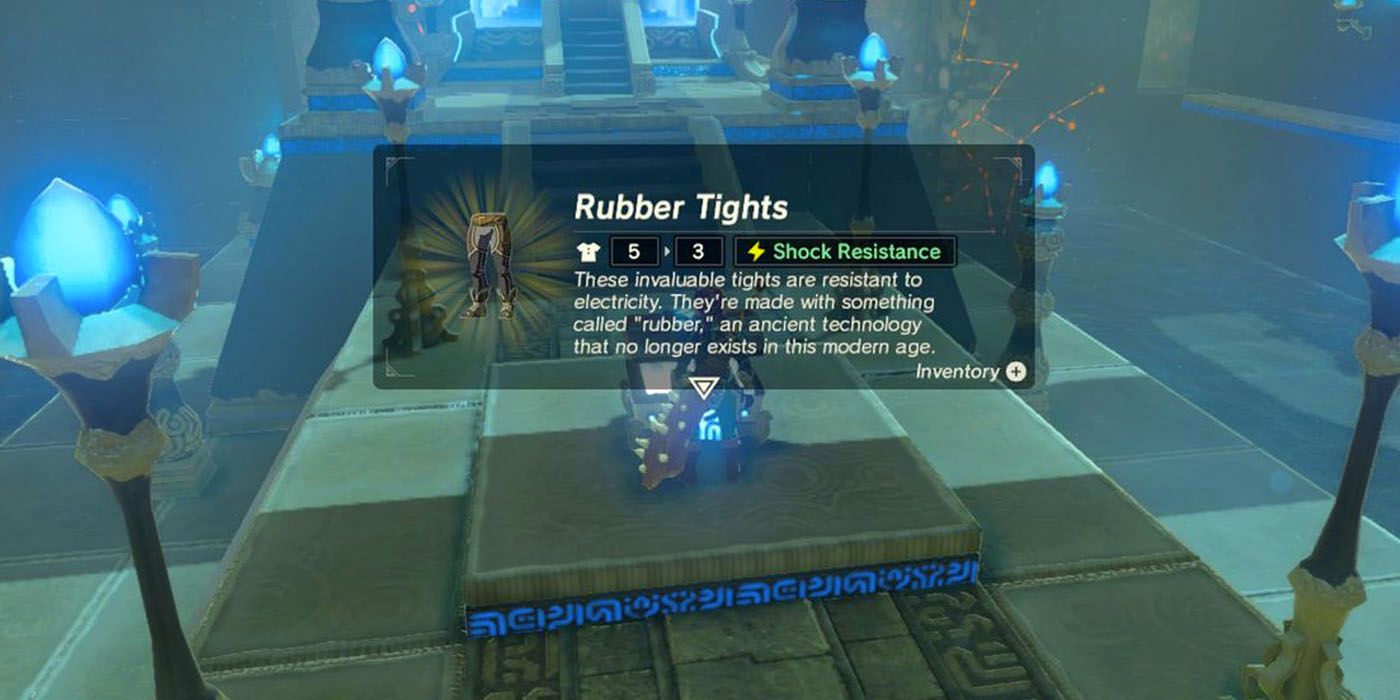 Players can obtain the Rubber Tights by completing A Song of Storms in the Faron region. A Song of Storms is a Kass related Shrine Quest found in Calora Lake. After listening to Kass’ song, head over to the hill he points out and either drop a metallic item to trigger a lightning strike or use Urbosa’s Fury. The lightning triggered will end up spawning the Qukah Nata Shrine. Inside, Link will be able to find the Rubber Tights and you’ll finally have all three pieces in your Rubber Armor set.

Next: Breath of the Wild: How To Complete The Ceremonial Song 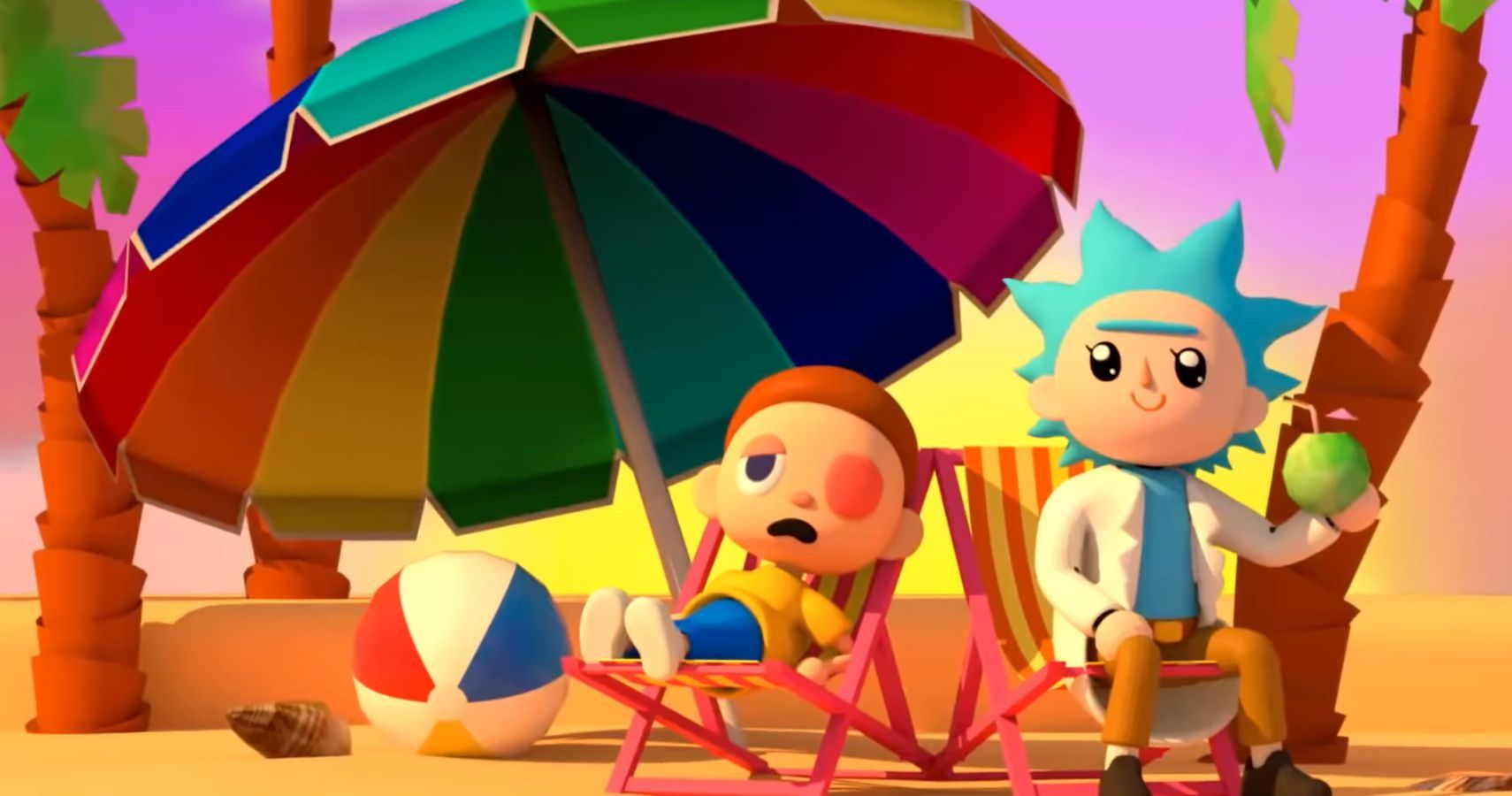