So you've played a few hours of Bugsnax. You've caught a ton of the delicious critters, met most of the Grumpuses who now live on Snaktooth Island, and you're starting to wonder if there are any more challenges left that the game has to offer.

Enter the Legendary Bugsnax. These gigantic, ferocious beasts are the closest thing Bugsnax had to boss fights, and each of them is locked behind a line of side quests. Mama Mewon is one such legend, and she's a resident of Flavor Falls, the very first area you ever encounter in the game. Here's how to split this overgrown watermelon up.

How To Find Mama Mewon 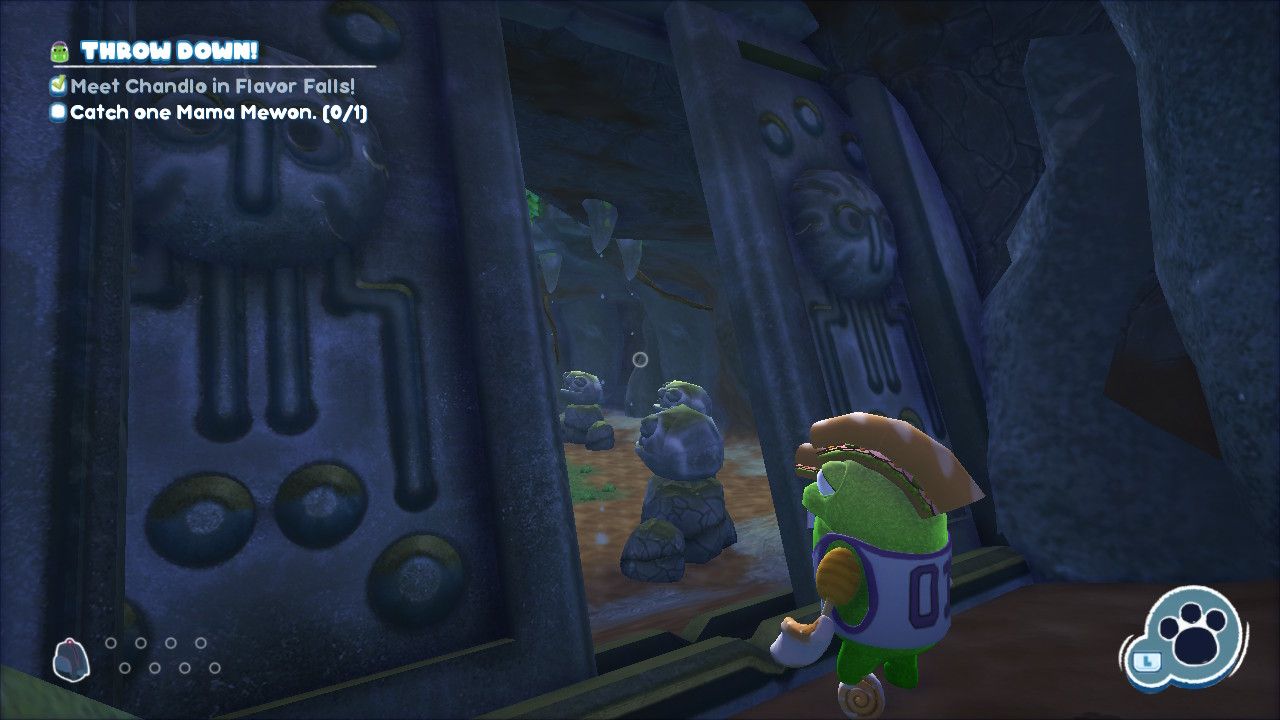 Mama Mewon is found (fought?) at the end of Chandlo's questline, which revolves around his personal goal of getting strong enough to protect Snorpy. Chandlo is found in Sugarpine Woods, and once you've convinced him to return to Snakburg, you can start completing his quests.

Once both quests are completed you can start Chandlo's final quest, Throw Down! This is the quest that leads you to Mama Mewon. Upon accepting the quest, you'll automatically travel to Flavor Falls. Follow Chandlo and listen to his ruminations on strength and his insecurities. As you pass through the waterfall, you'll gain the Wonderfalls achievement if you haven't done so already.

Chandlo will open the stone door in the hidden area of Flavor Falls and you'll be ready to take on Mama Mewon.

How To Defeat Mama Mewon 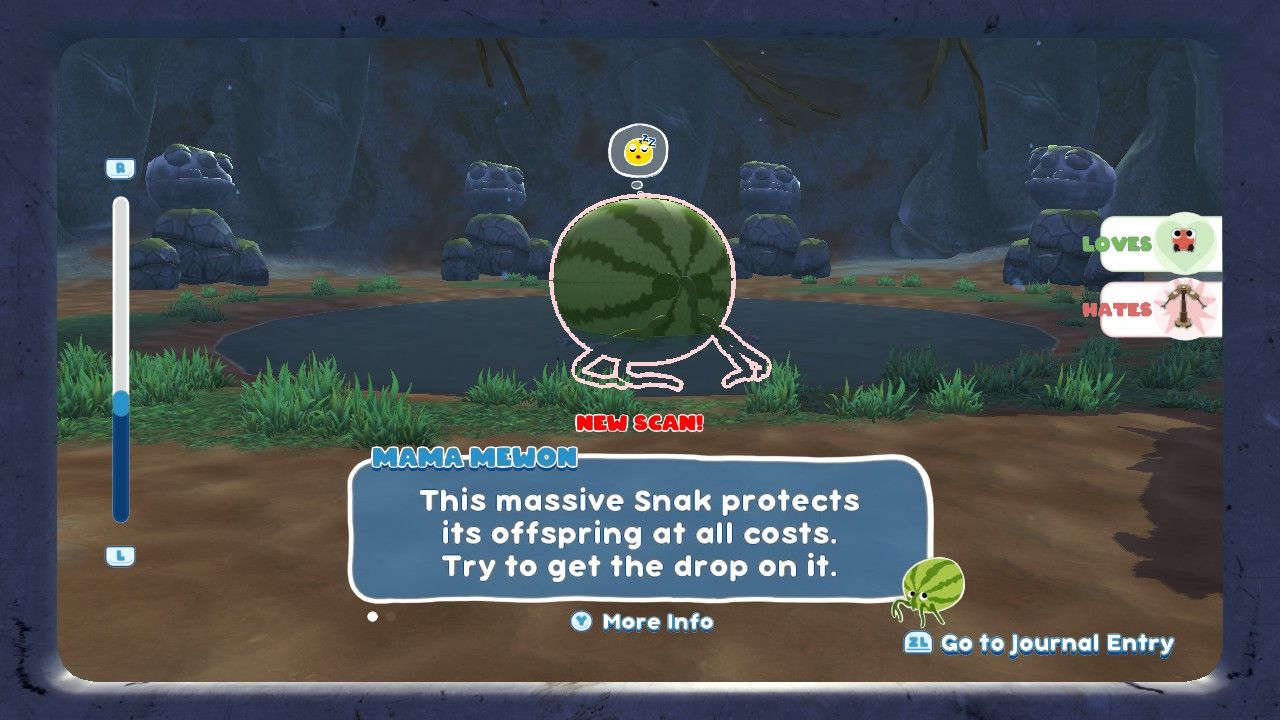 The fight against Mama Mewon is pretty simple and revolves around two mechanics. Firstly, Mama Mewon is a protective mama and will get angry whenever her kiddies are threatened, and this mainly involves them being trapped in your Snak Trap. The second mechanic involves the large stalactites pointing down from the ceiling that can be grabbed with the Snakgrappler.

The aim of this fight is to lure Mama Mewon underneath the stalactites and then grapple them, causing them to damage her watermelon shell.

To do this, place your Snak Trap underneath a stalactite and in front of one of the statues in the arena. The Wee Mewons jumping around the place will immediately flock to the trap, and it's just a case of timing a capture.

Don't pick the trap up once you've captured a Wee Mewon, though, let Mama Mewon charge at the trap. She'll hit the statue and be dazed, giving you time to use your Snakgrappler on the stalactite and damage her. 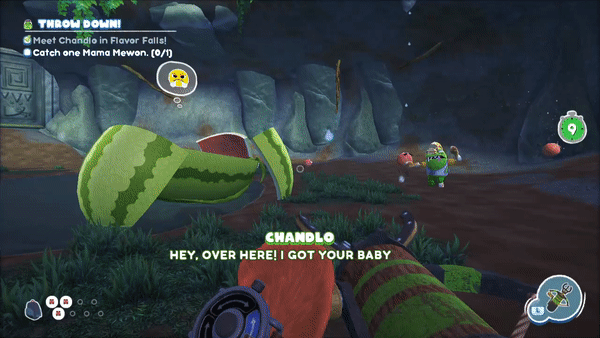 Repeat this enough times and you'll split Mama Mewon in half, and now she gets mad. She'll charge you and cause a blackout – now Chandlo gets involved. In this second phase of the fight, Mama Mewon won't respond to her Wee Mewons getting trapped anymore – instead, you have to wait for Chandlo to lure her underneath a stalactite. Cause this one to fall on her fleshy insides and she'll shrink down to a manageable size.

Simply pick her up with your Bug Net and you've caught a Mama Mewon! Feed her to Chandlo to complete the quest.

If you return to this arena after the fight, there will be more Wee Mewons to capture, in case you didn't catch one for your Bugapedia or you want to make more grumpuses watermelon-flavored.

How To Refight Mama Mewon 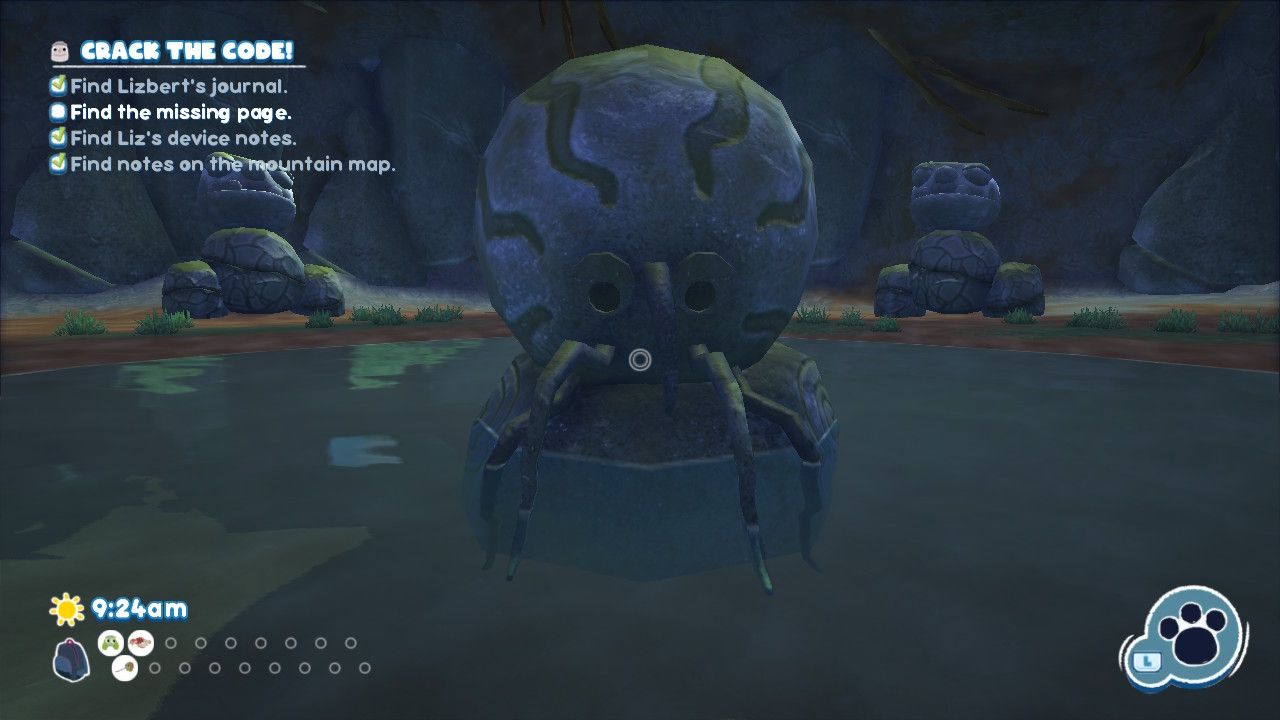 After beating her, it's possible to respawn Mama Mewon by interacting with the statue that has appeared in the middle of her arena.