It’s easy to go into Bugsnax thinking you’re in for a cheesy few hours of saccharine snak-catching, but around the halfway point in the game, it’s clear there’s much more to it. You start to learn more about Bugsnax, pulling at the thread that makes up the game’s central mystery, and the disappearances of Lizbert and Eggabell take on a more sinister tone full of very human personalities and problems.

The Grumpuses – the muppet-like creatures at the centre of the game – who inhabit Snaktooth Island will tell you about these problems as you get to know them through their side quests. These variably involve catching specific Bugsnax or creative uses for your hunting tools, but they all teach you more about the Grumpus in question, their personalities and, most importantly, their goals and reasons for coming to Snaktooth.

It only takes a few side quests to realise that every Grumpus you encounter is dealing with a severe, personal failure. Wiggle fails to find inspiration, haunted by the fear that her musical success is a fluke. Snorpy is wracked with anxiety, failing to engage with society without the safety net that is Chandlo, who himself fears failure in the form of letting Snorpy come to any harm. Wambus butts his head against a wall, repeatedly trying to farm Bugsnax as if they were crops, the only thing he’s known in life. The pattern repeats, with every new friend you make revealing their fears and failures. 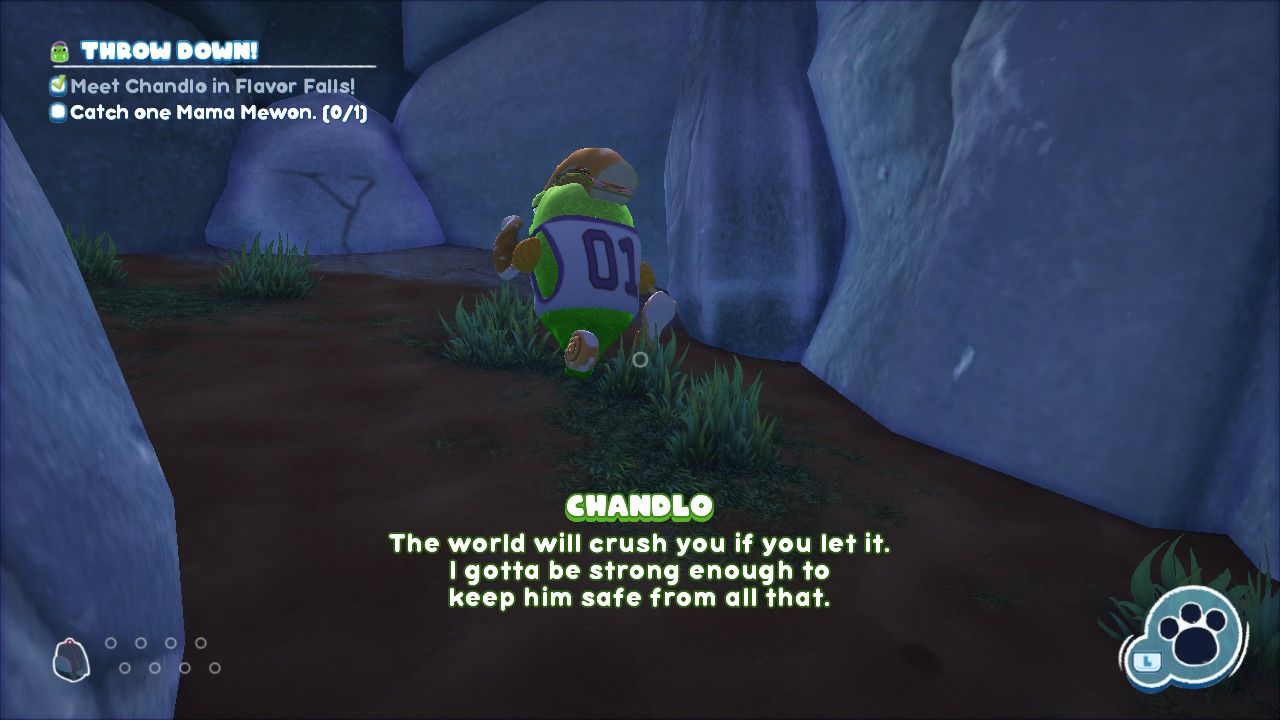 While wrapped up in a fluffy, puppet-like exterior, the feelings that these stories evoke are very human. The writing sneaks up on you, surprising you with the emotional depths that these Grumpuses plumb. You may have turned Triffany into a brightly-coloured fruit cocktail, but the grief she displays concerning her missing grandmother is all too real.

It’s to Bugsnax’s credit that these personal storylines are resolved in realistic ways, and almost entirely positively, at that. The game depicts failure accurately – as an opportunity for growth and learning. Wiggle learns that you cannot force inspiration. Chandlo realises that he can’t protect Snorpy with his muscles (in the words of Shelda, “the boy needs therapy”). Wambus comes to the conclusion that his obsession with brute-forcing his abilities into this new situation is only harming him. These resolutions are achieved realistically, each with a breaking point that forces the realisation that it’s unhealthy to wallow in defeat and that change needs to be actioned. This is perhaps the most painfully-accurate element of Bugsnax’s depiction of failure, and I know that from experience.

I played Bugsnax at launch and Platinumed within a week. One month prior, I had withdrawn from the PhD program that I had spent a year of my life working on. I had wanted to be a doctor for over a decade, and the PhD was the culmination of over eight years of study and tens of thousands of pounds – it sucks, then, that I turned out to be bad at it. After a whole year of struggling with both my physical and mental health, I quit. I reached my breaking point and admitted that I could go no further.

My friends quickly assured me that this didn’t make me a failure, but they were wrong. My goal was to be a doctor, and I failed at reaching that goal. However, I don’t see it as a bad thing. Failure is something you learn from. I learned a lot about myself, my limits, and that academia wasn’t for me. I was thankful that I learned this relatively early on, and not ten or twenty years down the line, and I could stop butting my head against a wall I’d never break through. 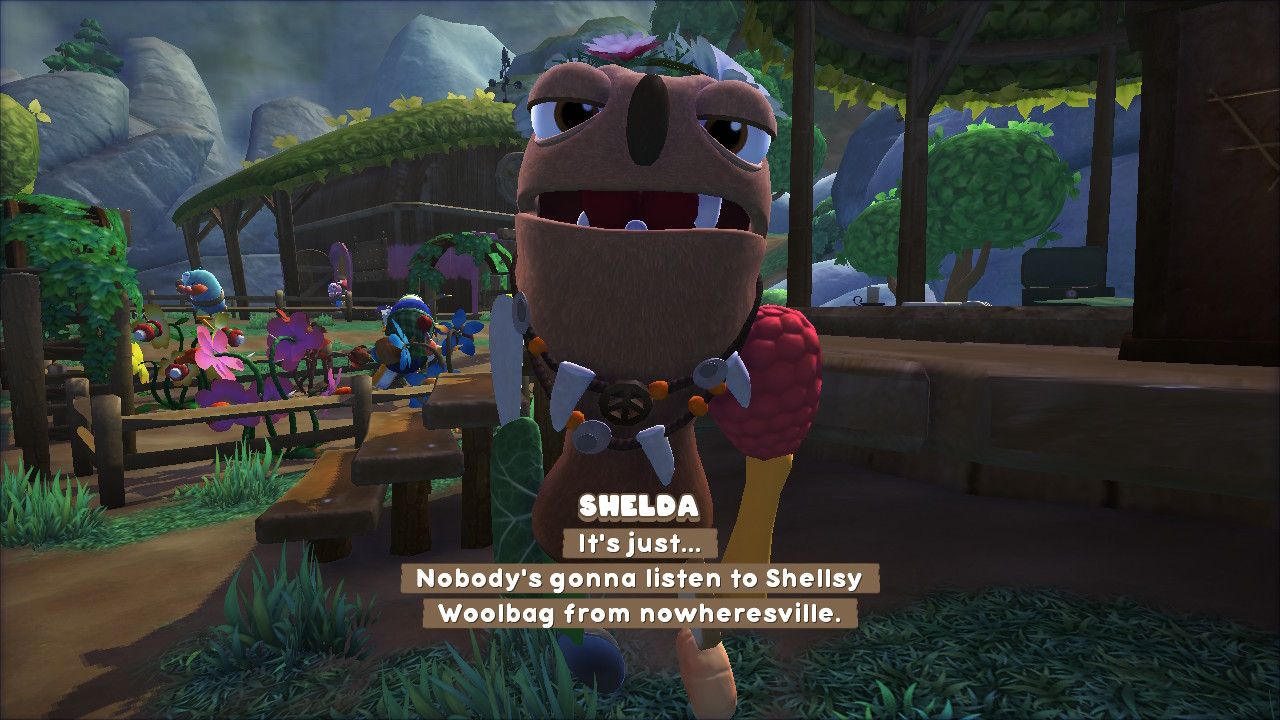 Last week, I spent about 50 hours playing Bugsnax and writing up a complete guide to the game. It made me feel nostalgic for that first playthrough, but it was only then that the parallels to my experiences struck me. My wooden-headed persistence in academia reminded me of Wambus. My restrictive anxiety, of Snorpy. I felt like Wiggle, too, fearing that my few successes in psychology were flukes and that I was grasping at straws trying to replicate them. Playing through these narratives felt like a form of therapy, witnessing all the negative feelings I was having being played out in a colourful parody of real life. They provided a cognitive structure I could emulate, a set of guidelines with which I could deal with the impact my decision had.

Looking back, it’s plain to see that Bugsnax – a game that deals so heavily with the process of and the grief that comes with failure – played a significant part in the healing I had to go through after losing such an essential aspect of my life. Most importantly, I connected with the ways the characters grew from their ordeals and became healthier people, something that came from accepting the realities of their failures and their limitations and moving beyond them. The best part of Bugsnax isn’t the ‘snax but the relatable, accessible, and powerful stories that the game tells. They elevate what is already a fun game into one that anyone who has ever tasted the bitterness of failure will never forget.