If you purchase an independently reviewed product or service through a link on our website, SheKnows may receive an affiliate commission.

LEGO just keeps the hits coming for fans of the Star Wars franchise — and its latest offering (and upcoming offering!) from the Disney+ series The Book of Boba Fett is no exception. In the series, bounty hunters Boba Fett and Fennec Shand return to the lawless desert planet of Tatooine — once home to Luke and Anakin Skywalker — to reclaim territory once controlled by galactic gangster Jabba the Hutt. And just this month, LEGO released a brand new set based on the show with never before seen mini-figures including Boba Fett, Fennec Shand, Bib Fortuna, a Theelin dancer, Weequay and Gamorrean guards, and a Quarren, plus all their respective cool weaponry.

The epic LEGO Star Wars Boba Fett’s Throne Room play set
, recommended for kids ages 9+, is a 732-piece buildable exercise in creative role play. Authentic details and fun surprises (like a pop-up throne to eject Bib Fortuna, shaking steps to displace the guards, a secret weapon storage chamber and more) are sure to inspire kids to create scenarios far beyond The Book of Boba Fett storyline. 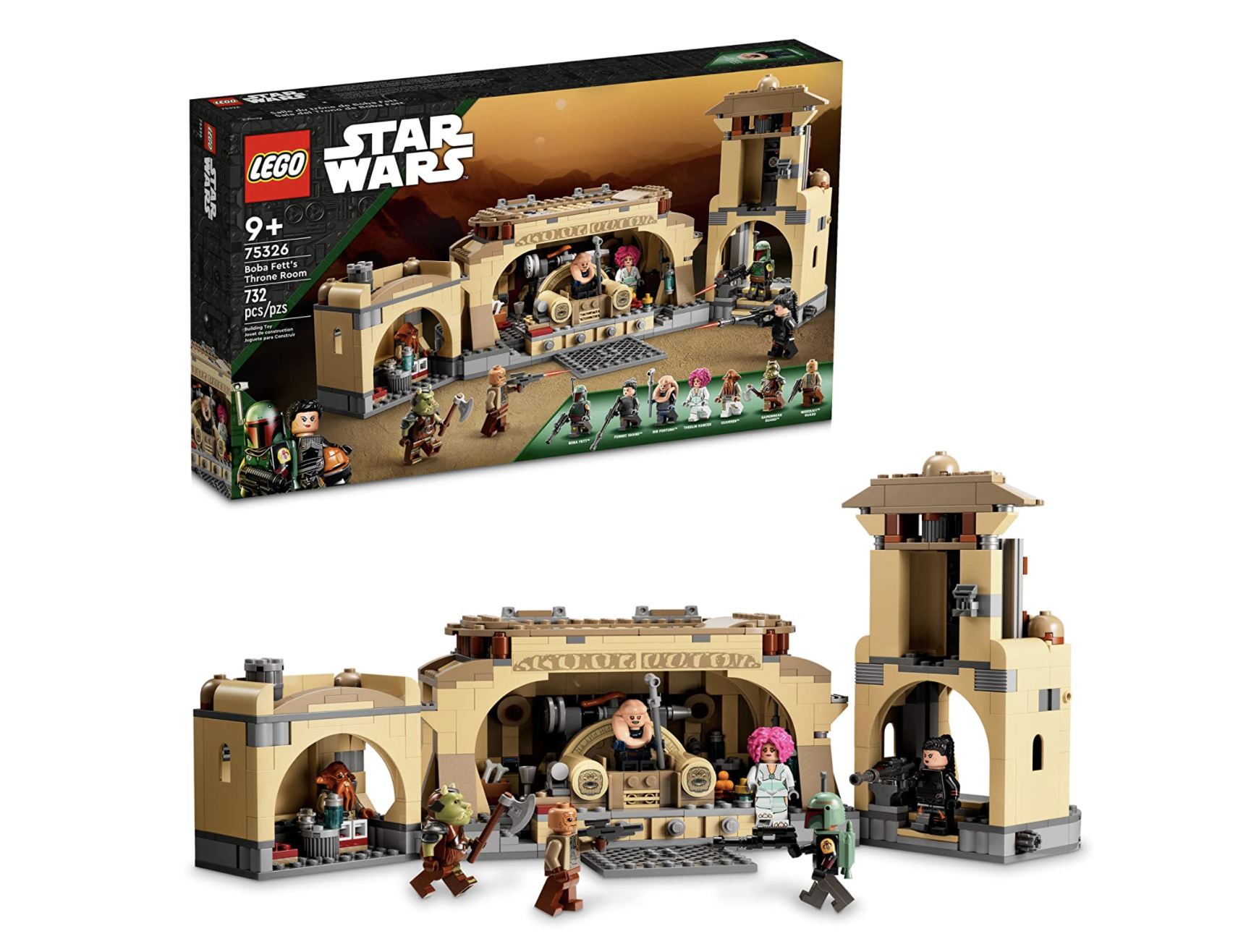 Officially releasing on June 1st — and available for pre-order right now — is The Mandalorian’s N-1 Starfighter
. Let’s get to the best part right away: it contains an adorable LEGO mini-figure of Grogu, a.k.a. Baby Yoda. There are also mini-figures of The Mandalorian, Peli Motto, and a BD Droid. The Starfighter features a cockpit and cargo compartment, a passenger space especially for Grogu, and a spring-loaded shooter. 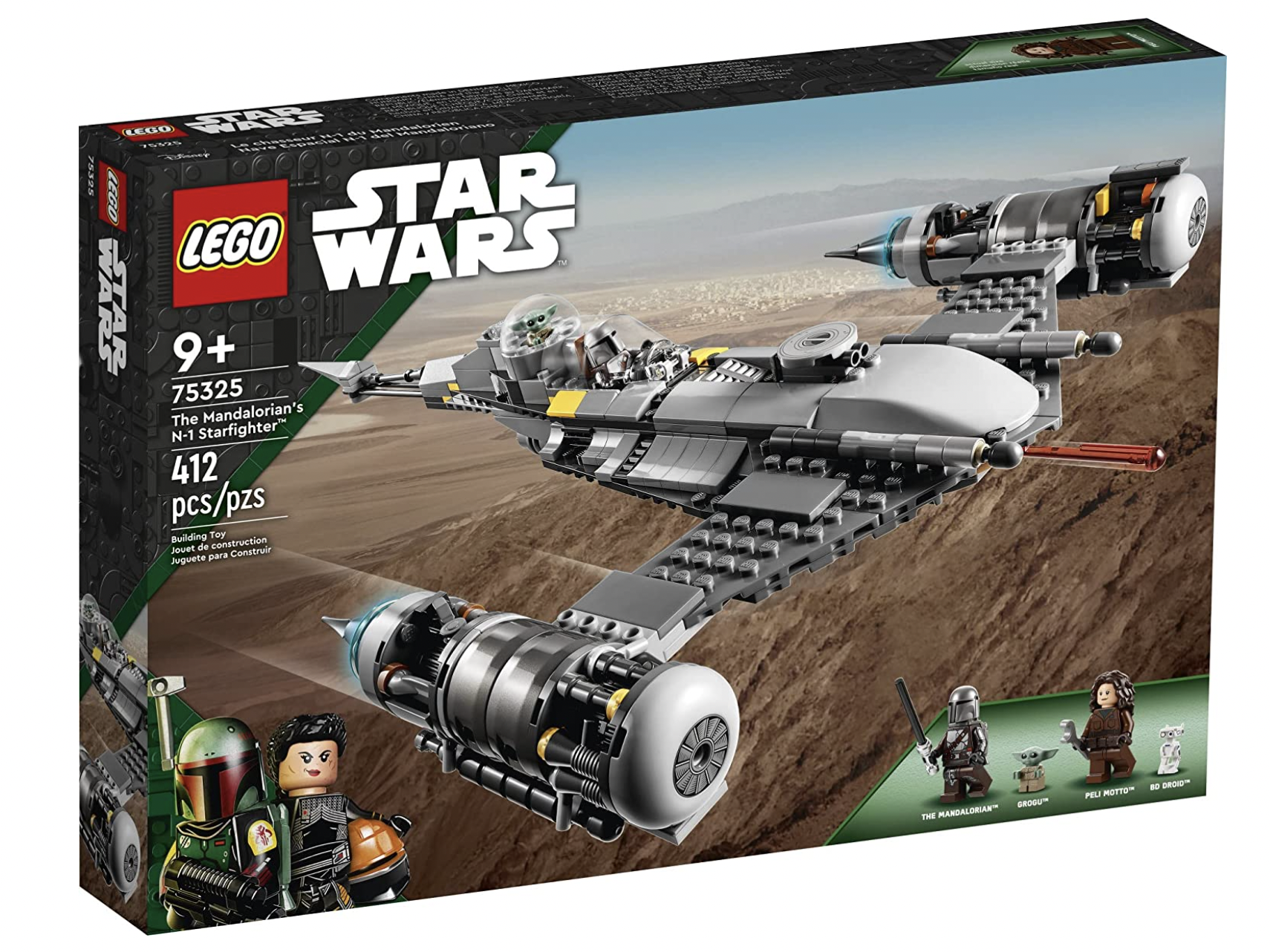 Before you go, check out some of our favorite Star Wars LEGO sets in the gallery below: 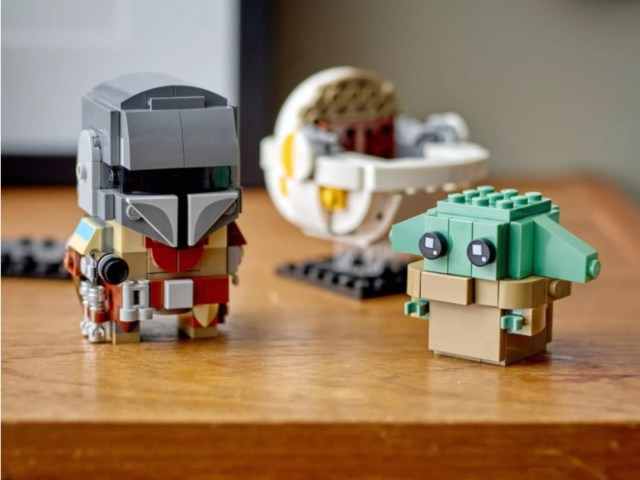