A video featuring dancing pallbearers from Ghana, locally known as Dada awu, quickly evolved into an internet sensation earlier this year, making the rounds across social media as a hilarious meme. Proof of its wide-sweeping grip on pop culture can be witnessed in the newest Call of Duty experience, Black Ops Cold War, hidden in a Zombies easter egg.

Like Nuketown map’s secret easter egg, the coffin dance on Die Maschine requires you to have the power on and Pack-A-Punch assembled. Not to worry, below we will go over all the steps to see this spectacular secret and get you dancing with the undead. 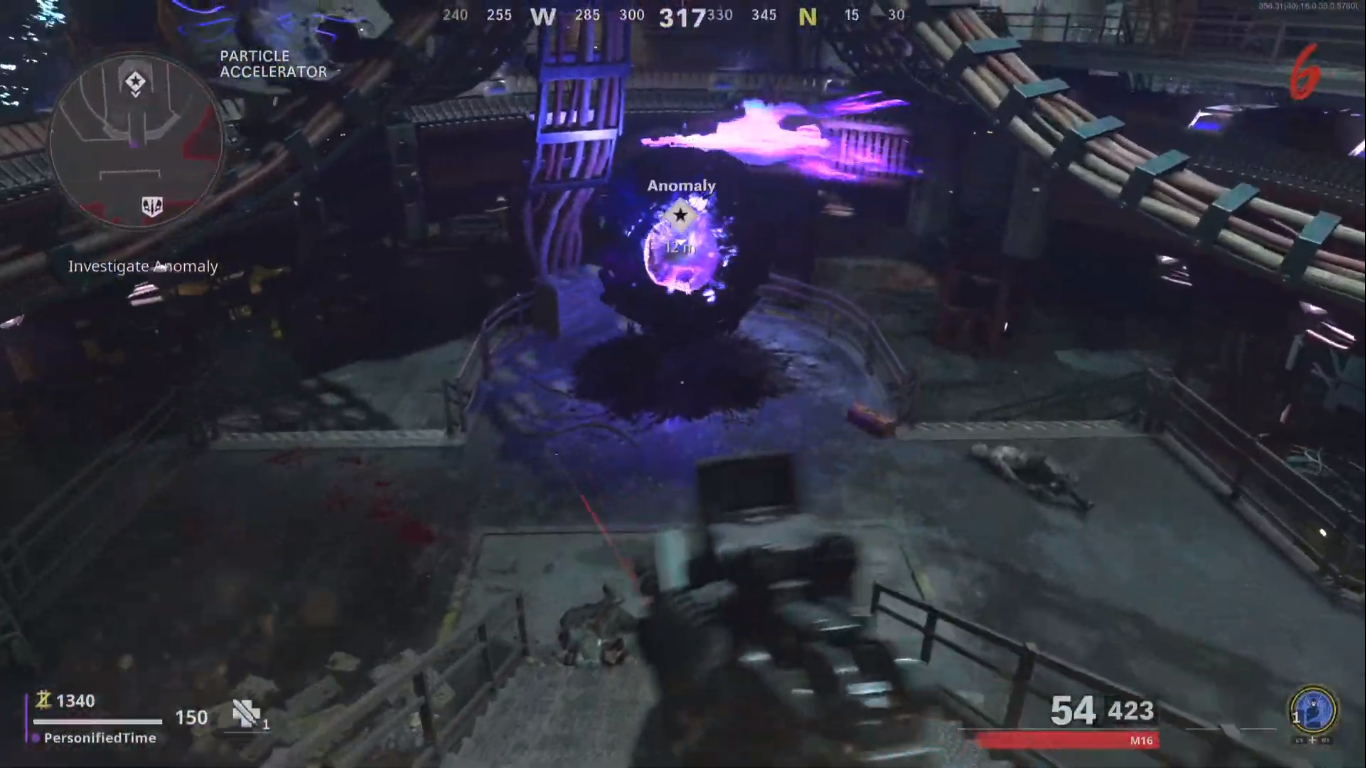 To turn the power on, you will have to traverse through the Die Maschine map, spending around 5000 Zombie bucks, depending on if you’re playing solo or not, as you dive deeper down into the confines of the lab. With the power on, you can then activate the Anomaly, pictured above, and enter the purple-hued alternate dimension. Herein you will have to get the Pack-a-Punch machine part, which will be located in either Crash Site or Pond, marked on the map as “Aether Tunnel.”

Don’t forget to break a few of those small purple crystals on the ground in the alternate dimension, as they’ll drop guns, essence, ammo, field upgrades, and more. Take the machine piece all the way back to the anomaly and it will transport you to the real world with the reassembled Pack-a-Punch in its place. 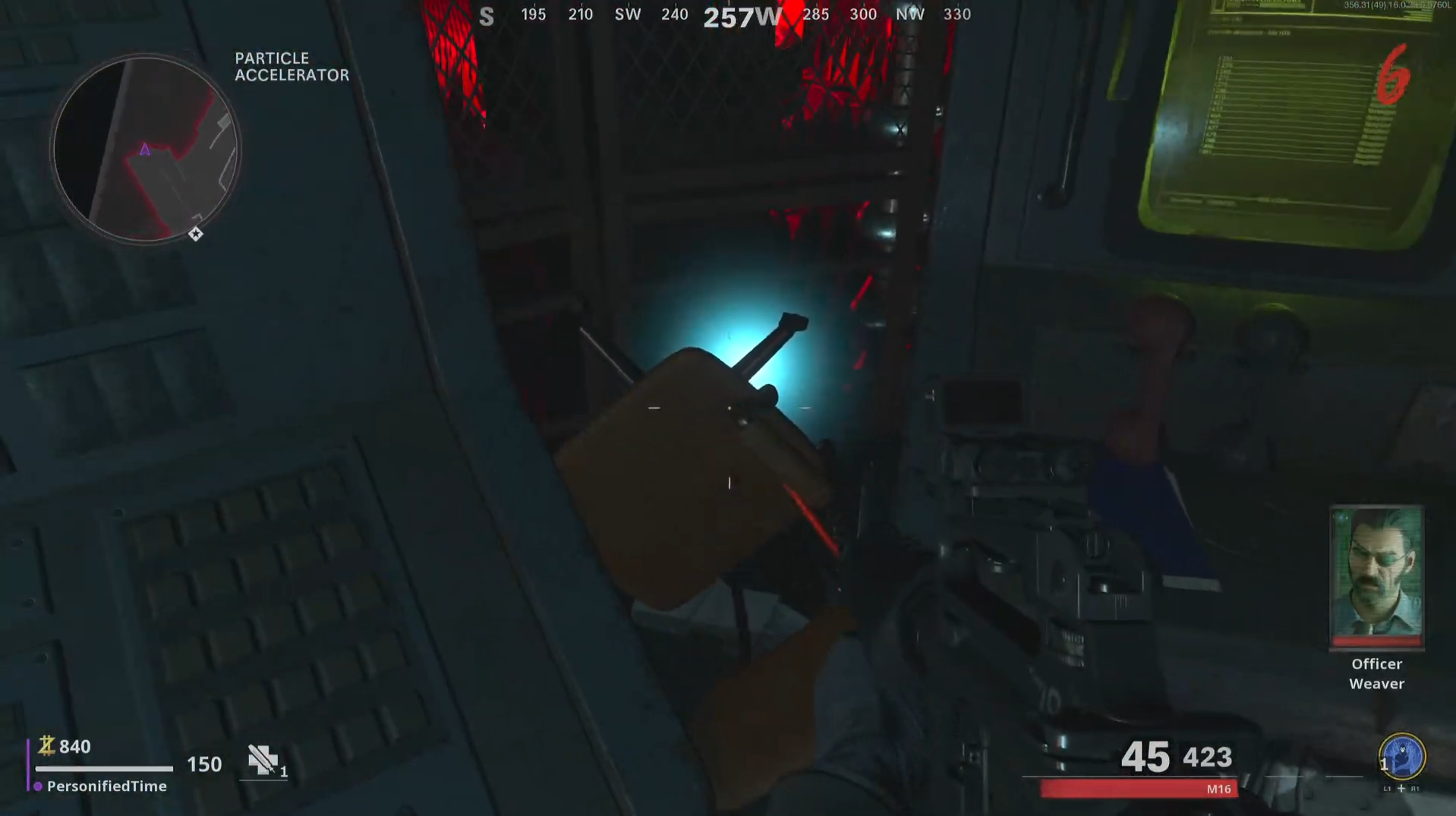 There are a total of five glowing blue orbs found throughout the circular space surrounding the Pack-a-Punch machine. They can be shot in any order, but be sure to take them out quickly before finishing more rounds, as they’re liable to disappear after a certain amount of time.

It would be wise to have one zombie or crawler left, so it’s a little less stressful, but it’s not necessary. One of the five blue orbs is located up the stairs heading towards the power button and spawn location. It’s hidden behind a fallen chair next to two control panels to your right with the Pack-a-Punch machine behind you. 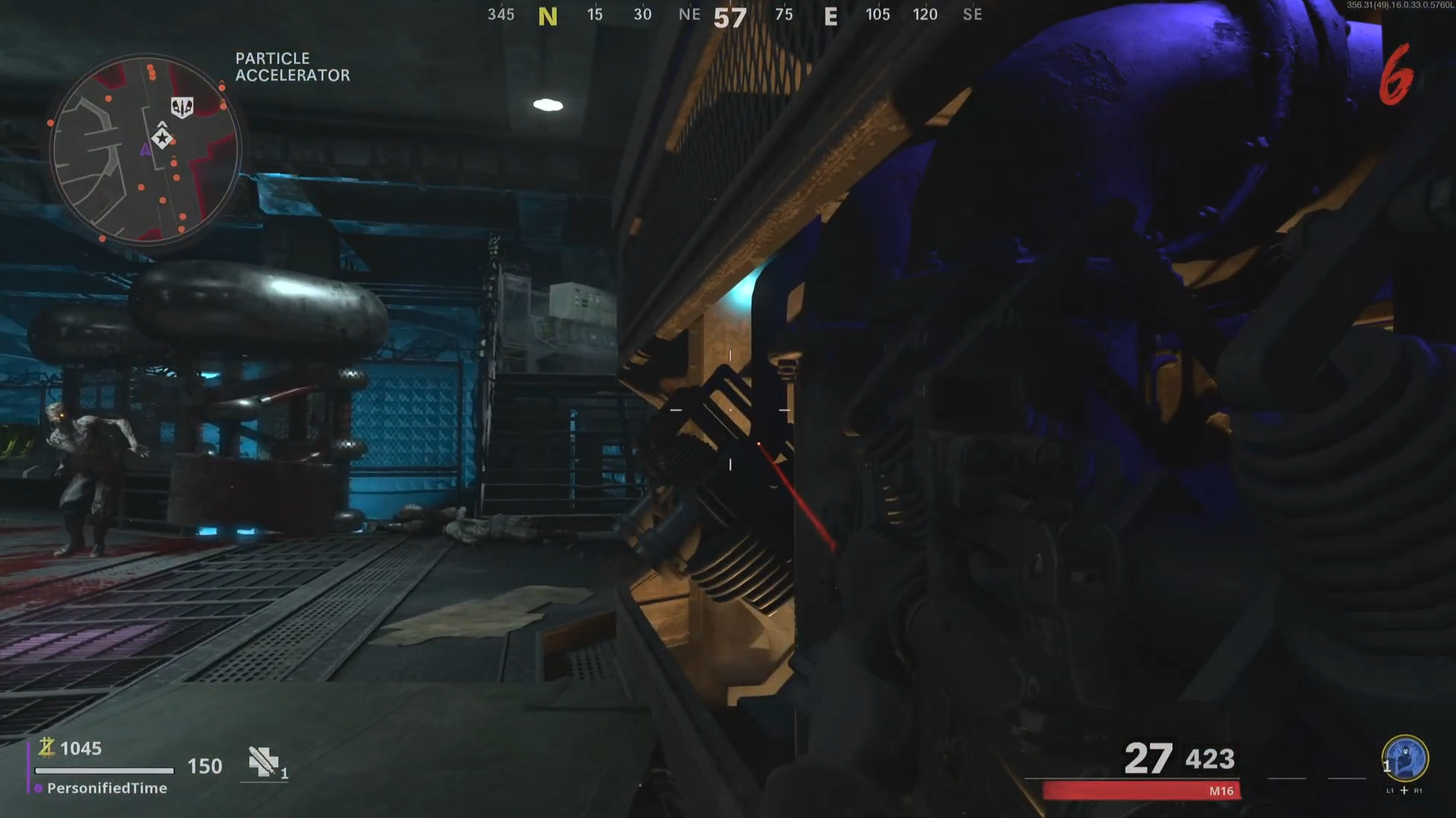 Turn around and take the stairs back down, as if you are headed toward Pack-a-Punch. Instead, crouch and turn the camera to the right, peering under the metal grating. You should see the next orb nestled up in the corner of the small space, which is on the opposite side of the power button. 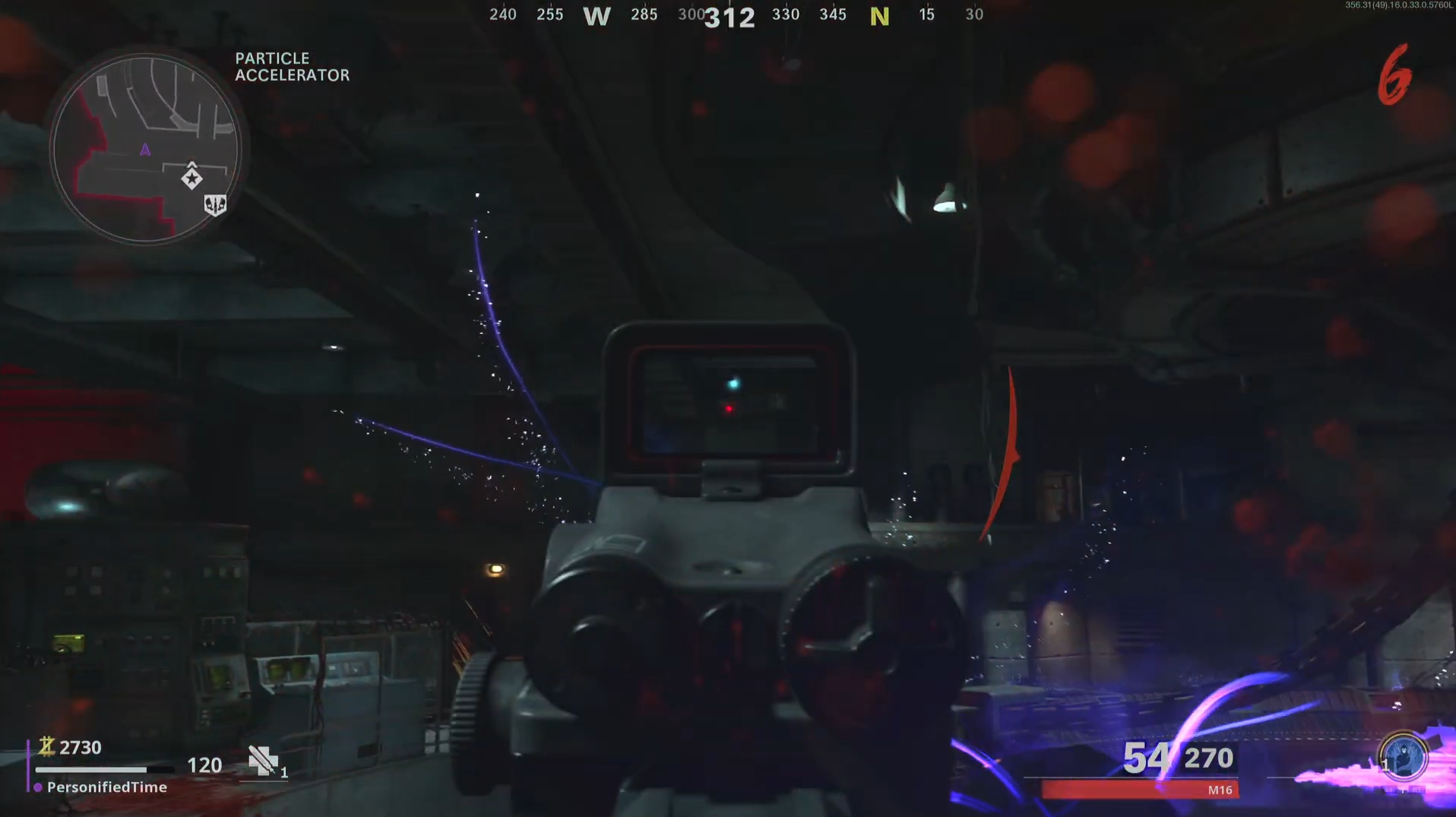 The third blue orb is up to the left of the last one, out past the Pack-a-Punch machine and in a small nook on the ceiling. If you don’t see it at first, move around a bit in that same position near the last blue orb, but be sure not to get caught on any zombies and get downed in the process. 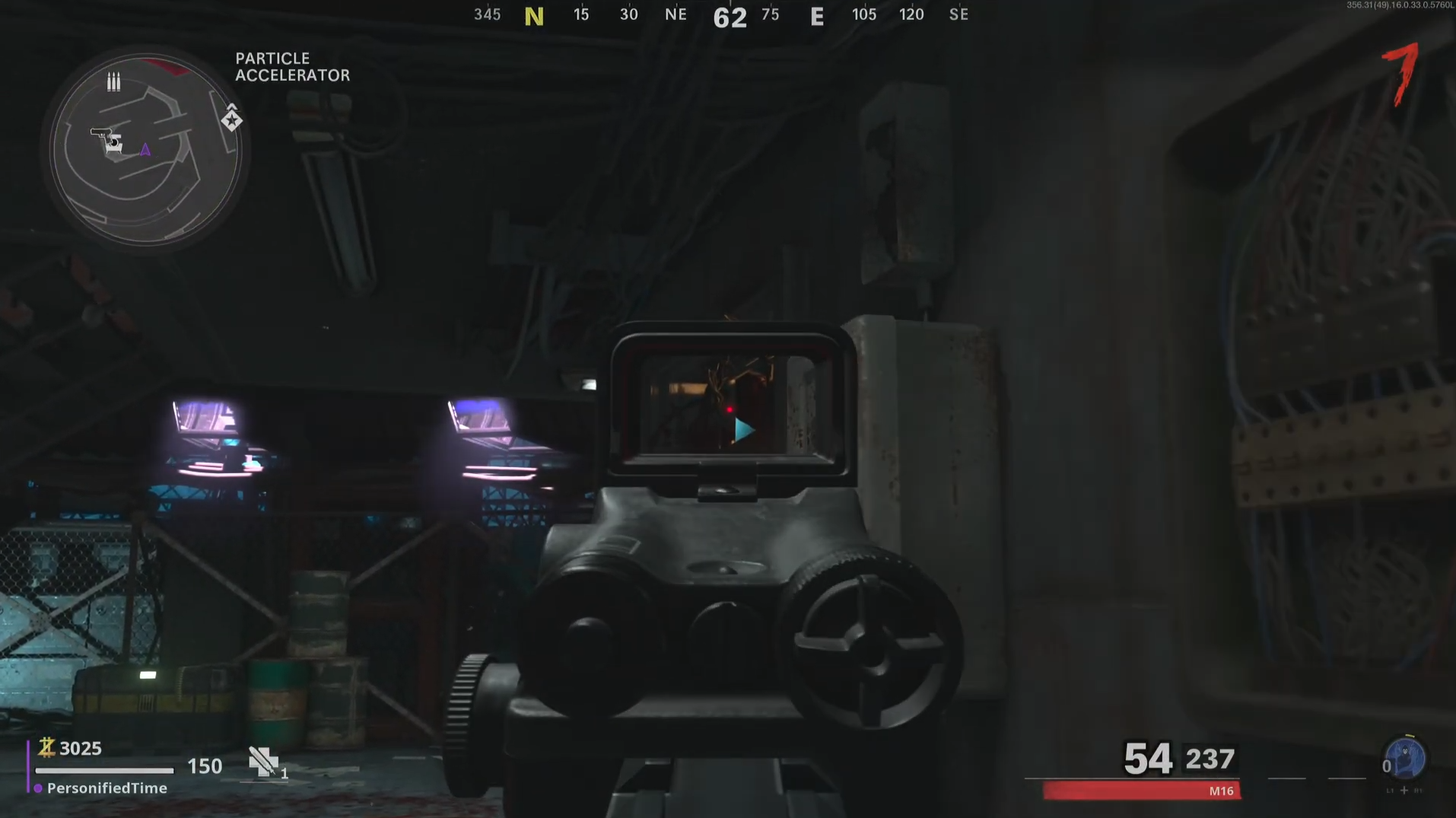 Take the stairs down toward Pack-a-Punch, but keep heading down. Back behind the stairs on the lowest level is a window with the next blue orb inside of it. This one is hard to see with the barrier in the way, but you will be able to tell by its bright glow. You might have to shoot it a couple of times to make sure it’s gone, so triple-check this one before proceeding. 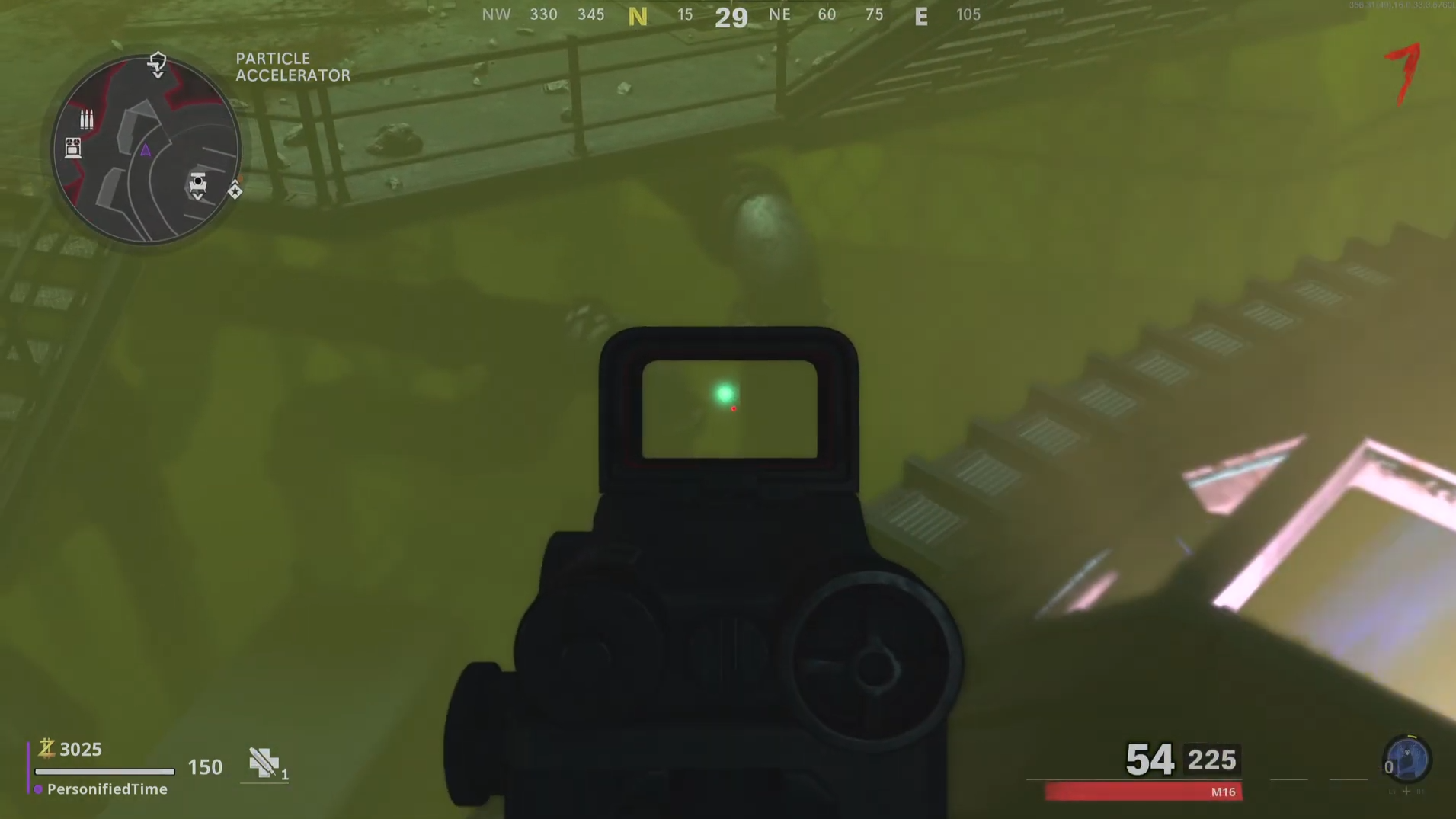 The last and final orb would be directly in front of the last one, but it’s much easier to see from above, more specifically on top of the particle accelerator itself. From the previous blue orb, head straight and up the stairs, taking a right toward the personal mod machine that looks like a mannequin. Turn around, climb over the railing onto the ring and look down. You should see the blue orb below, nestled between two pipes under the landing.

Don’t be alarmed when you get transported into the alternate dimension. The following sequence is best witnessed while playing yourself, but I’ll link my session below if you want to see the outcome. It took me only about five minutes to complete after rebuilding Pack-a-Punch, a little under 20 minutes from the start of the game, so it’s not too complicated.

Although the double XP Zombies nerf on weapons has been met with more than a little disdain, there is no denying that Black Ops Cold War has done this mode right by way of accessible easter eggs and starting weapons classes, to name only but a few of its best elements. It will be interesting to see where Treyarch takes Zombies next and, more importantly, how quickly players will dissect that following map’s potential intricacies.

NEXT: Black Ops: Cold War’s Maps Are A Big Improvement Over Modern Warfare