CxCheats.net, a popular maker of cheat programs for Call of Duty, has issued an apology to players following a lawsuit by Activision, and some cheaters are wondering if they will receive a refund for contributing to the worst parts of online play.

In their official Discord channel, CxCheats.net wrote a statement as a part of their lawsuit with Activision. The group stated that there will no longer be any Call of Duty programs or support offered through the website and that using third-party tools, like the ones they have sold, may result in the banning of an account by Activision. The statement finishes with a disingenuous, “We apologize for any pain we’ve caused to players of Call of Duty.” 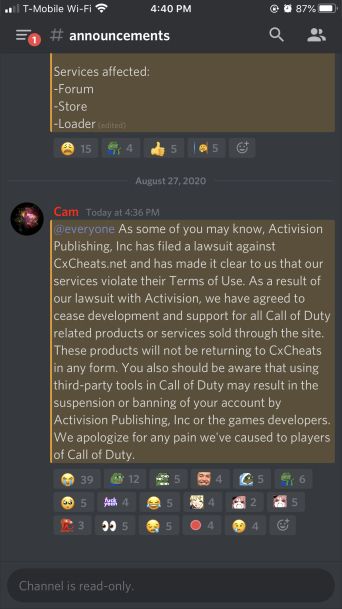 To be clear, CxCheats.net is still selling cheats for other games, just not for Call of Duty now that Activision has come down hard with legal action. 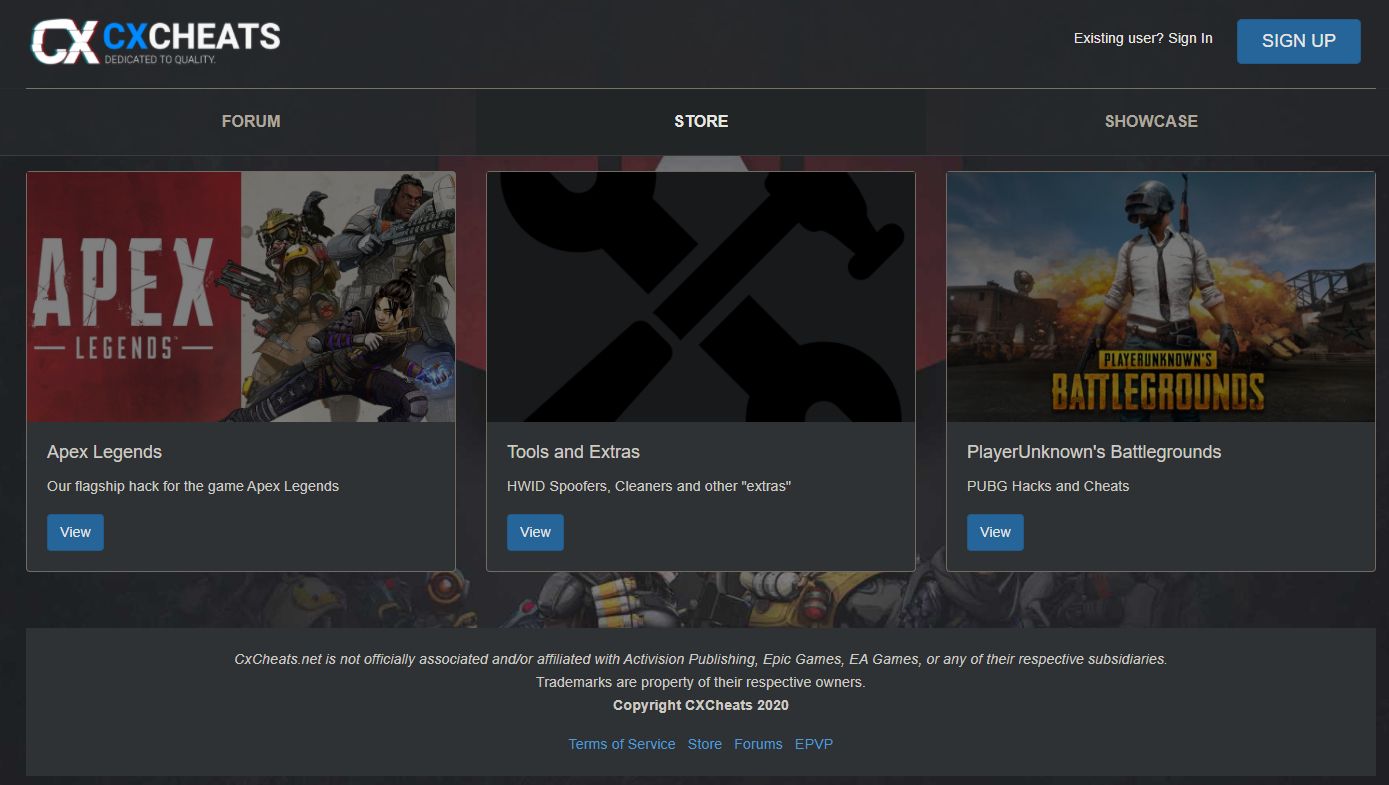 Following the statement, the absolute worst players in the community slithered out from beneath their rocks to comment that a refund should be issued. The irony appears lost on users who paid to ruin the experience of other players but have now in turn had their cheating experience ruined by Activision.

Putting aside the possibility of hurt feelings for toxic cheaters, it is important to see Activision working towards ensuring its game remains free of these types of programs. Further action should be taken against all creators of these kinds of cheats because they ruin the experience for too many other players.

Cheating in Call of Duty games has become so prevalent that even Twitch streamers have been using programs like the ones created by CxCheats.net with impunity. It is only when a streamer is so incompetent that they cannot be bothered to hide the cheats from their viewers that they face any consequences.

An example of this occurred in July when streamer TwistedBear forgot to hide his cheats while broadcasting, unaware that his cheating software was visible during an online match and subsequently resulting in his account becoming banned within hours of the event.

Cheating in popular online multiplayer games is something that should always be punished with extreme prejudice, especially when popular, influential players act in ways that can encourage others to cheat as well.

In 2019, FaZe Jarvis received a lifetime ban from Fortnite after uploading a video showing off the use of an aimbot program. While some considered the permanent ban as excessive, there is little doubt that seeing a top-performing player completely barred from ever competing should be a major deterrent to other players, both casual and with hopes of entering the world of esports.

To those who are banned for cheating, good riddance. To those looking for a refund on their toxic gameplay enablers, I have a bridge to sell you.