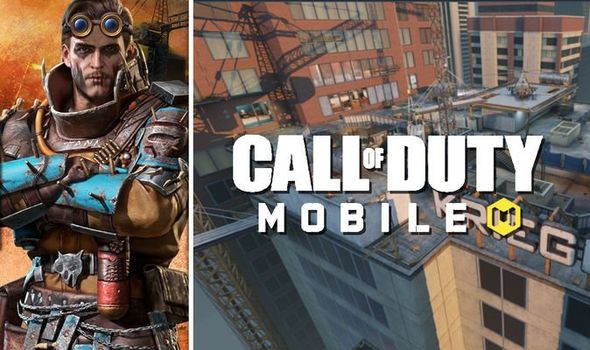 Call of Duty Mobile Season 8: The Forge is about to begin on iOS and Android smart devices. The hugely popular Call of Duty spinoff has amassed a whopping 250 million downloads since launching last October, and has generated hundreds of millions in revenue for Activision. Of course, the launch of a new season means a brand new Battle Pass, which is how games like Call of Duty Mobile generate so much money.

The new Call of Duty Mobile season has a July 10 release date for fans living in the UK.

Due to the time difference, North American players will be able to start playing Season 8 on July 9.

Based on a tweet posted on the Call of Duty Mobile account, Season 8 will have a 5pm PT launch time in the US. That’s 1am BST on July 10 for UK players.

This is the same time the new Call of Duty Mobile Season 8 trailer will be available to view on YouTube. You can watch the trailer live by hitting play on the YouTube video below.

Call of Duty Mobile fans have also been given a look at some of the new features coming to Season 8, courtesy of the recently revealed roadmap.

The new season of Call of Duty Mobile will launch with the brand new Highrise multiplayer map.

“Highrise is a mid-sized Multiplayer map that deploys soldiers to a construction site atop a towering skyscraper,” reads the official description. “The initial spawns are located to the north and south in opposite facing office buildings, with a helipad and buildings materials in the middle.

“Both spawns offer similar options for approaching the map, with exits straight out the front of the office buildings for direct access to the middle.

“The initial spawns also hold entries to the sneakier tunnel route that leads from one office building through the middle of the map to the other. The buildings themselves feature multiple rooms and scattered office equipment leading to many hectic, close-quarters battles.”

The map also includes an elevated helipad, as well as multi-tiered battlegrounds for unique battles from above and below. 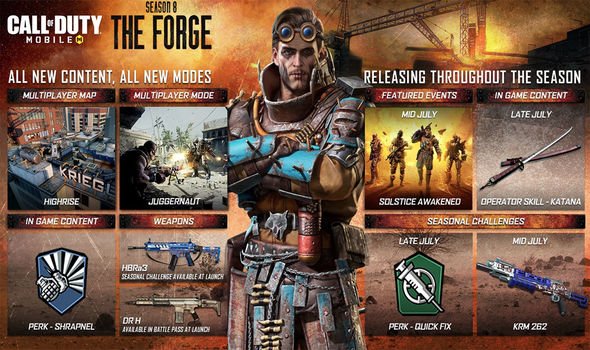 This is a 5-vs-1 multiplayer mode where the person with the most points wins. The person who kills the Juggernaut becomes the new Juggernaut and so on.

Taking down the Juggernaut nets you the most points, but also makes you a target for other players.

A new Shrapnel perk and two new weapons will also be available at launch, followed by another new perk, weapon and Operator Skill in July.

As for Call of Duty Mobile Season 8 patch notes, check back later for the full list of tweaks and changes.