Call of Duty: Modern Warfare 2 introduced the BAS-P in Season One, an SMG variant of the M13B assault rifle. Featuring a fast fire rate and minimal recoil, the BAS-P is sure to be a favorite for aggressive and stealthy players alike, bridging the gap between SMG and AR.

The BAS-P itself is tailored toward stealth thanks to its subsonic ammunition and integrated suppressor attachment, but you can go guns-blazing as with most SMGs if you build around it. We'll be looking at two builds in this guide, focusing on both aspects of the BAS-P and showcasing its maximum potential. 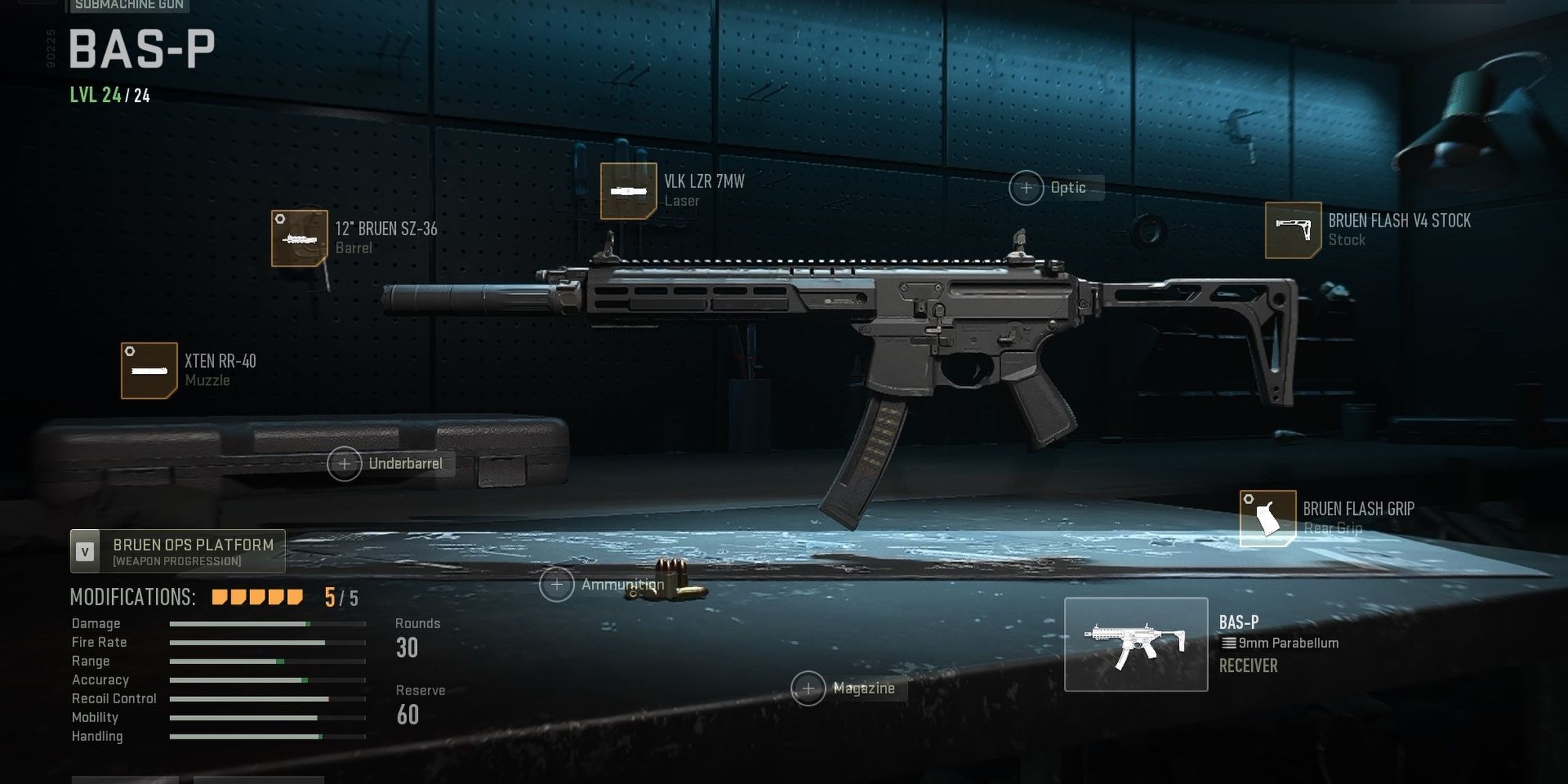 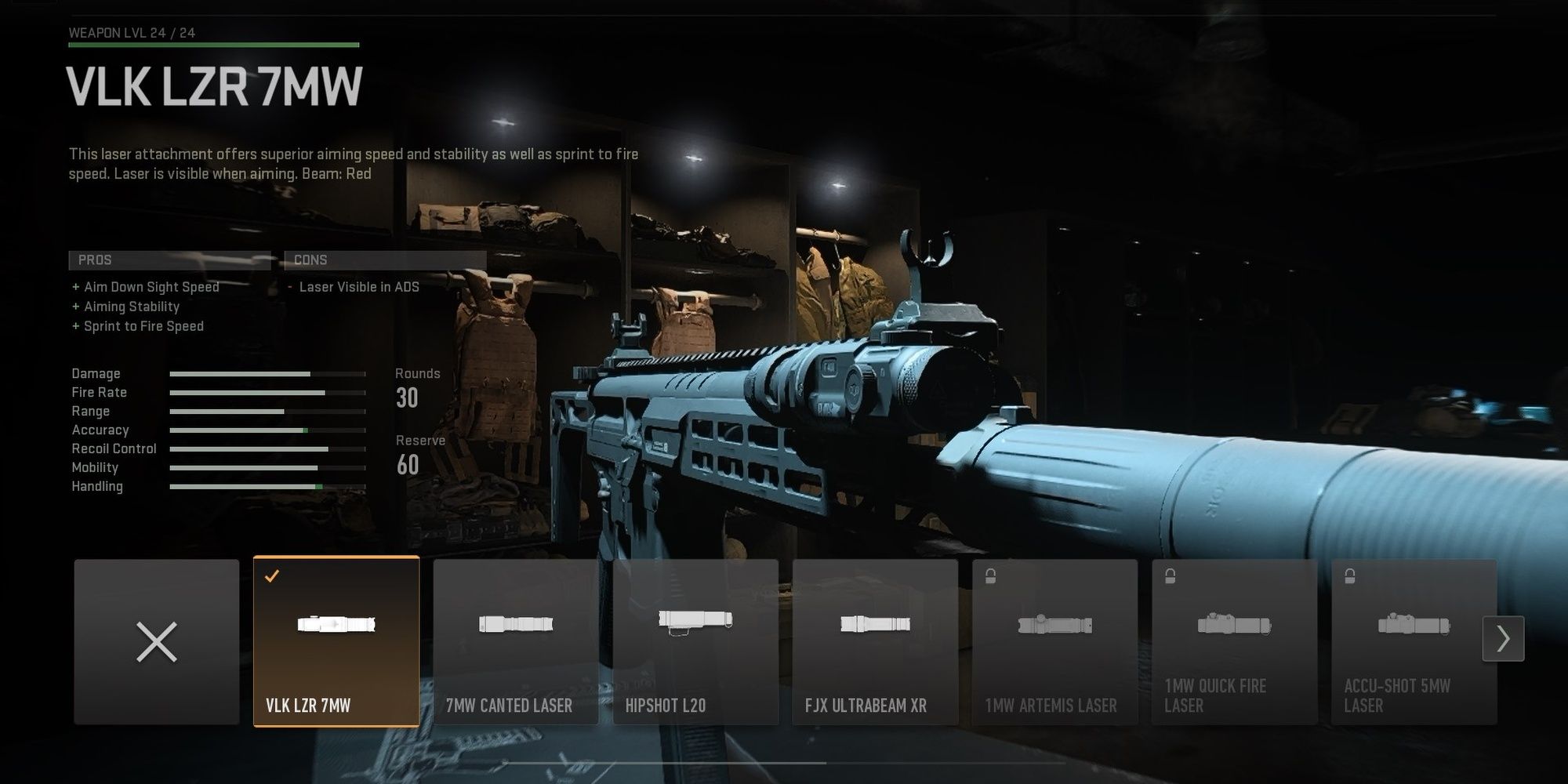 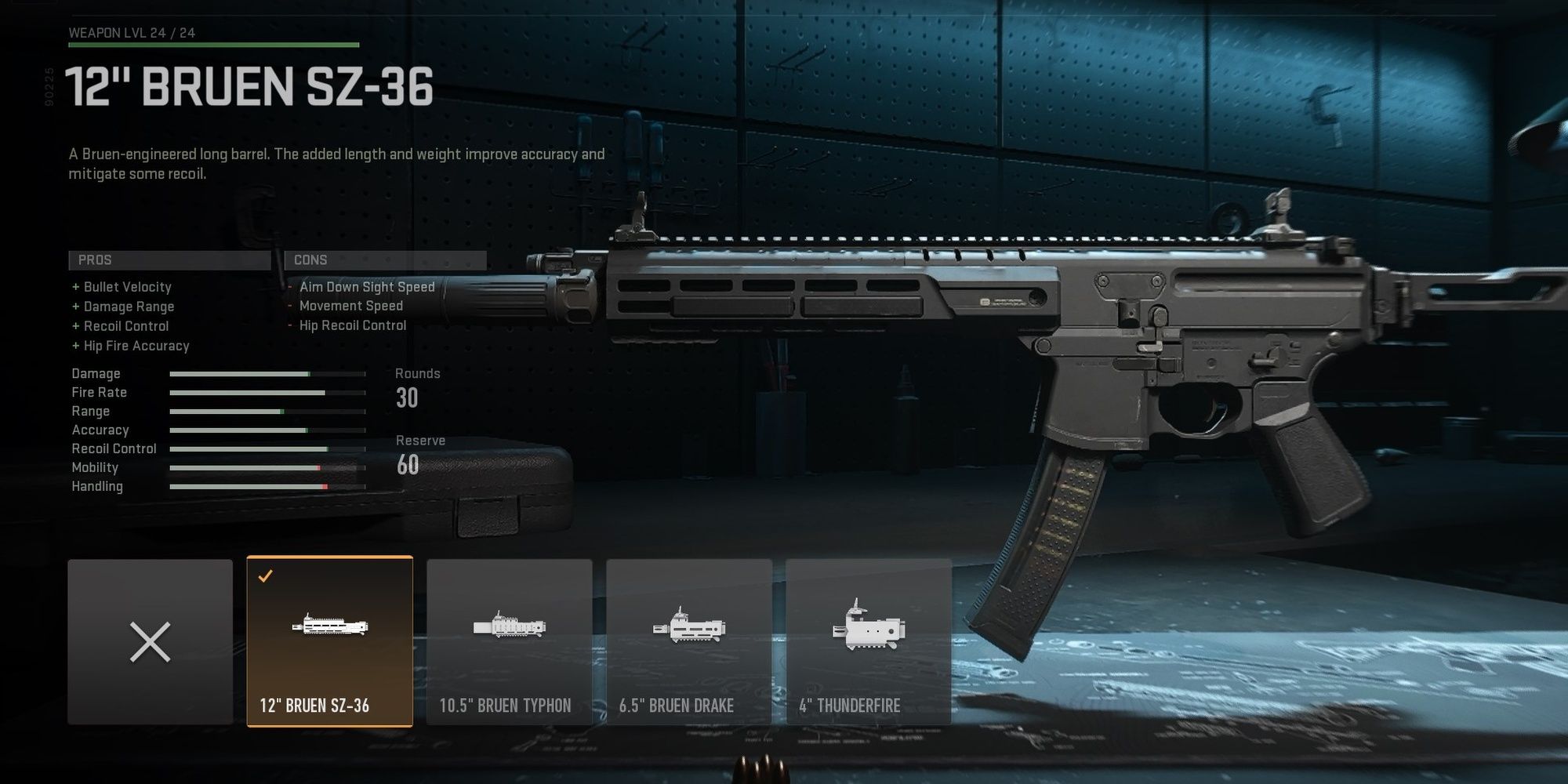 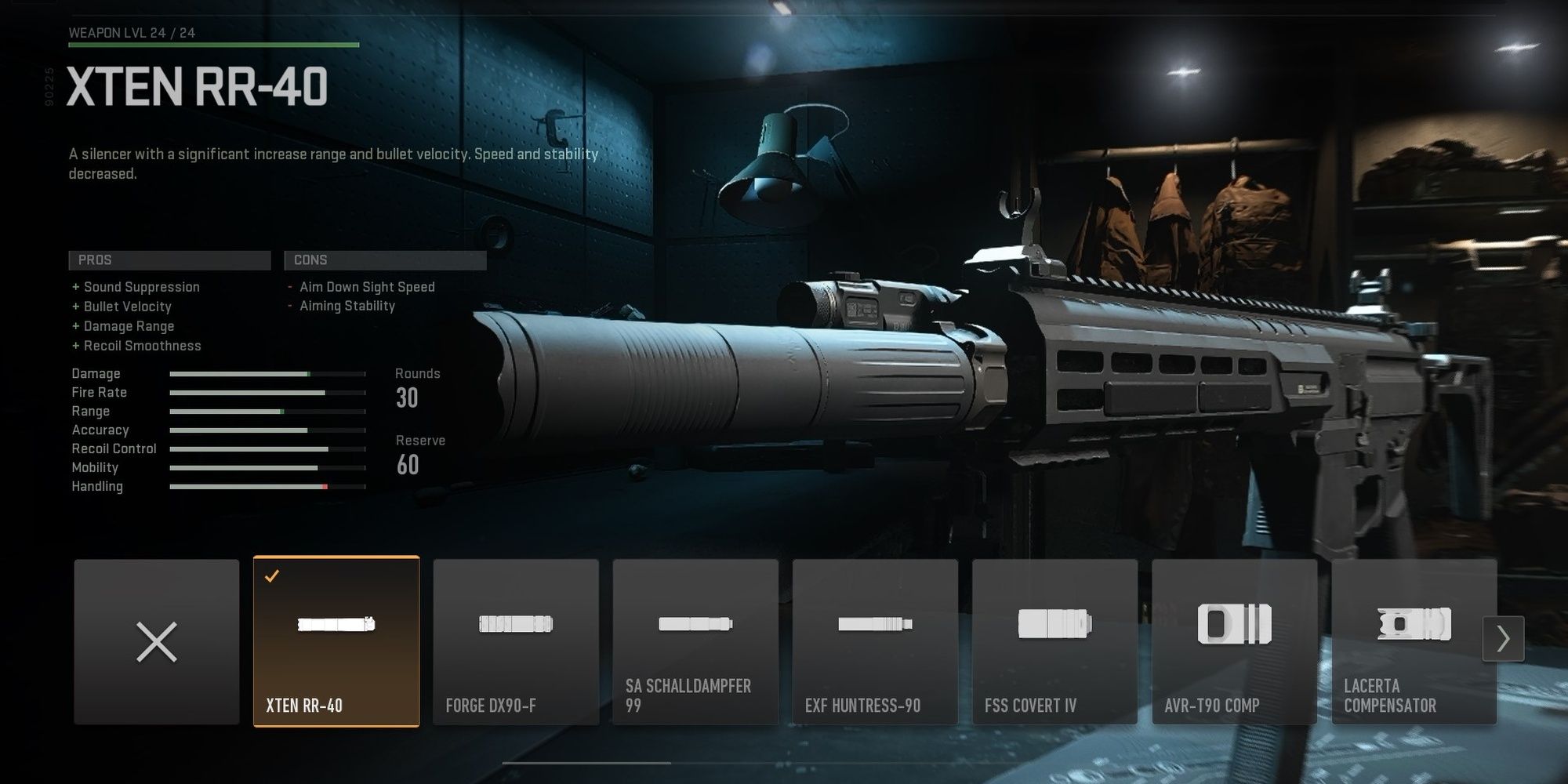 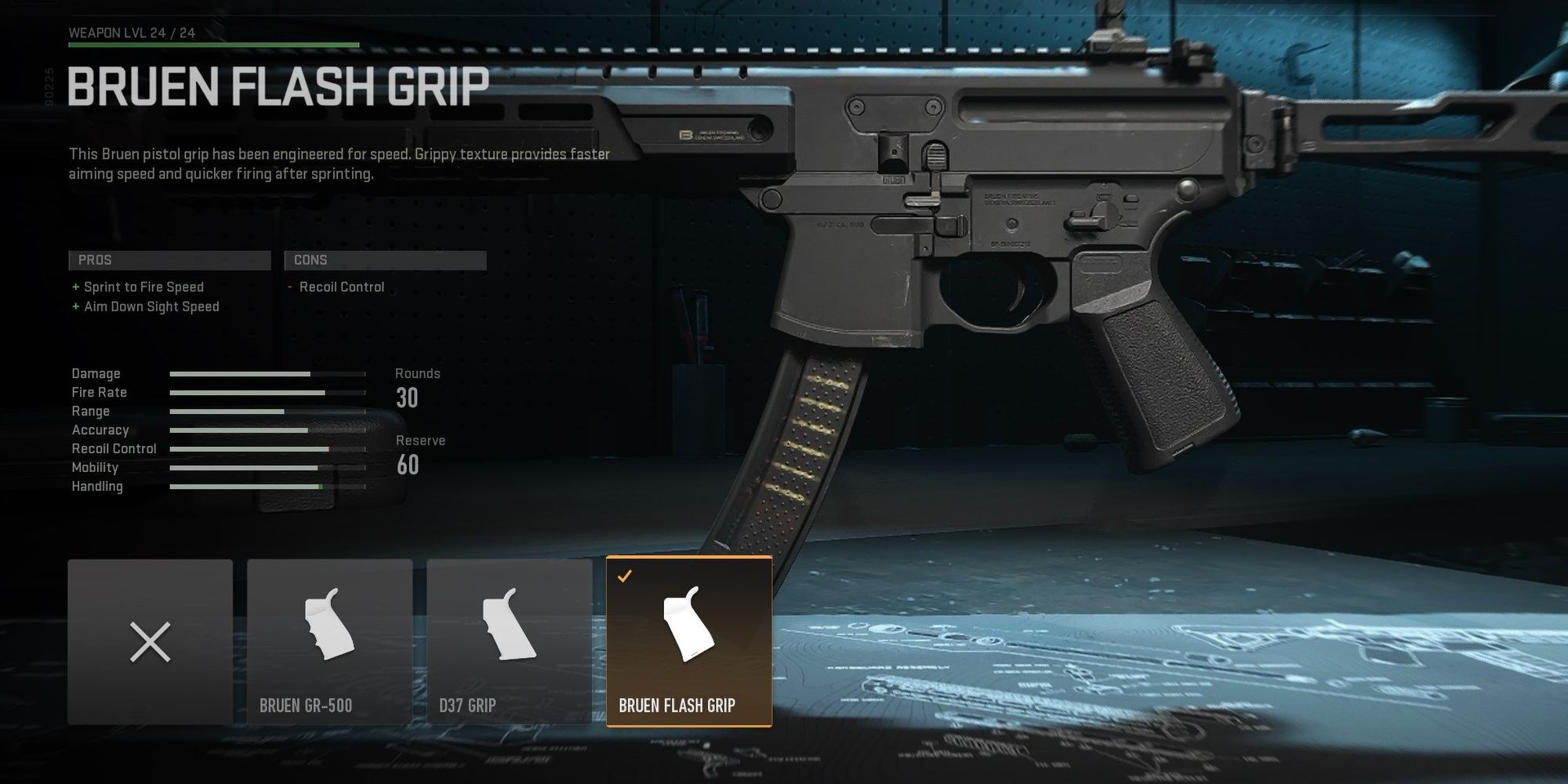 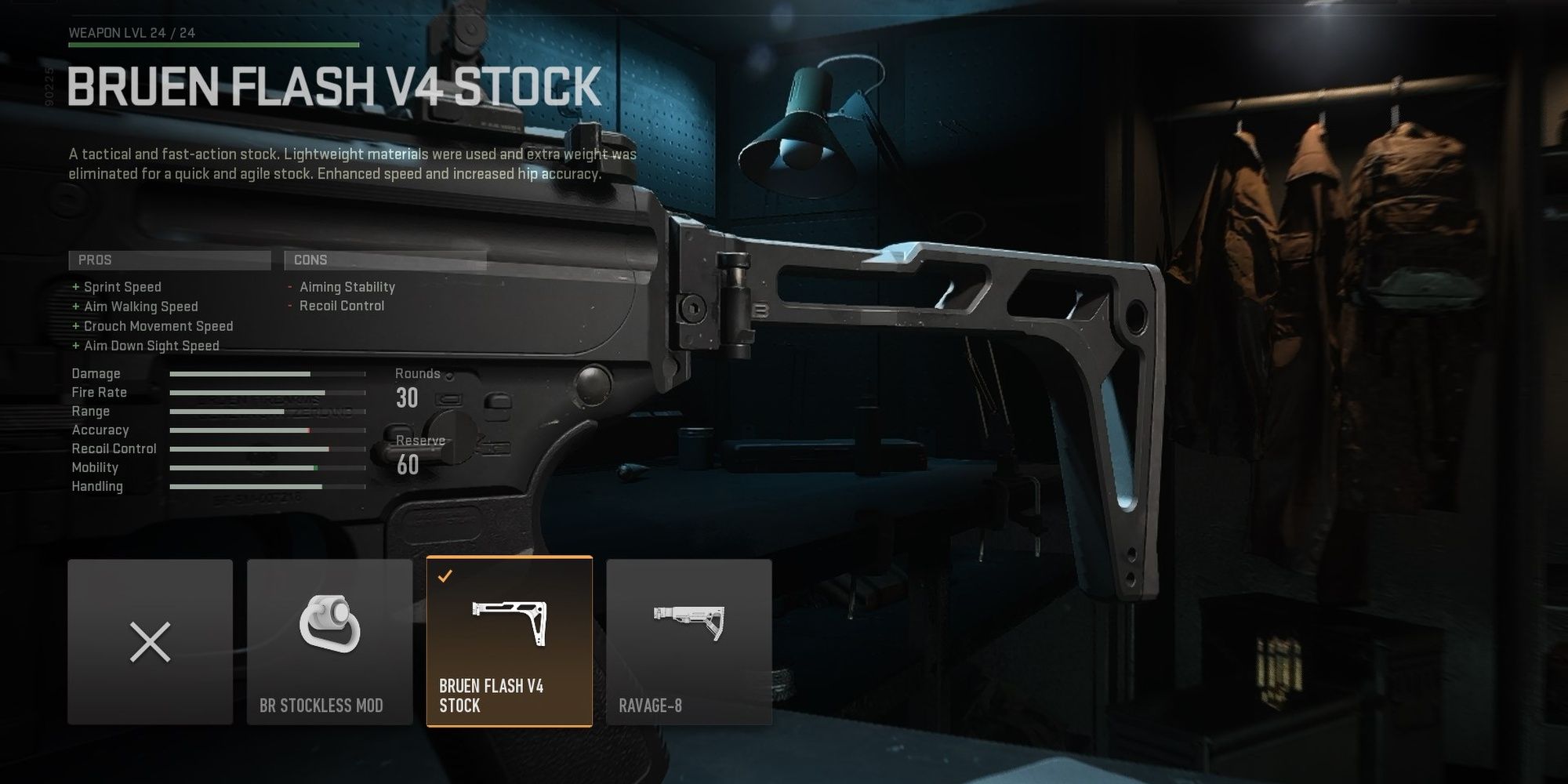 This loadout turns the BAS-P into a stealthy AR/SMG hybrid. The weapon's base range is quite terrible for mid-range combat, so we're going to fix that with the 12'' Bruen SZ-36 barrel and XTEN RR-40 suppressor. Both attachments allow you to kill someone in five shots at 20 meters, making it a much more competitive SMG. For general consistency, we use the VLK LZR 7MW, Bruen Flash V4 Stock, and Bruen Flash Grip to increase the weapon's ADS speeds, sprint to fire time, and overall mobility. We don't have many recoil-reducing attachments here, hence why we tune the gun for recoil steadiness.

Your improved range and suppressor should make 6v6 modes much more enjoyable. Challenging enemies at longer distances is still ill-advised if they're using an AR, but you'll be able to duel most meta SMGs with a moderate degree of success if your aim is true. Focus on landing headshots, take advantage of your great ADS strafe speed, and you'll have a good time.

A suppressed SMG is a perfect candidate for a stealth loadout. We'll be taking advantage of Ghost to hide from enemy UAVs, and our suppressor will delay radar pings when firing the BAS-P. Since the SMG has to reload frequently, we use Fast Hands to load fresh magazines in an instant. Double Time is a common pick for rushing playstyles, but feel free to experiment with your base perks. Tracker is unnecessary here since the BAS-P already hides death markers.

Dead Silence is required for a stealthy playstyle, allowing you to flank enemies without making audible footsteps. You can also use Battle Rage if you prefer. For equipment, you can't go wrong with Throwing Knives to shut down enemies that rush around corners, and Stims will never let you down. Your secondary is up to you, but we recommend a fastdraw pistol to swap weapons quickly if you get caught mid-reload. 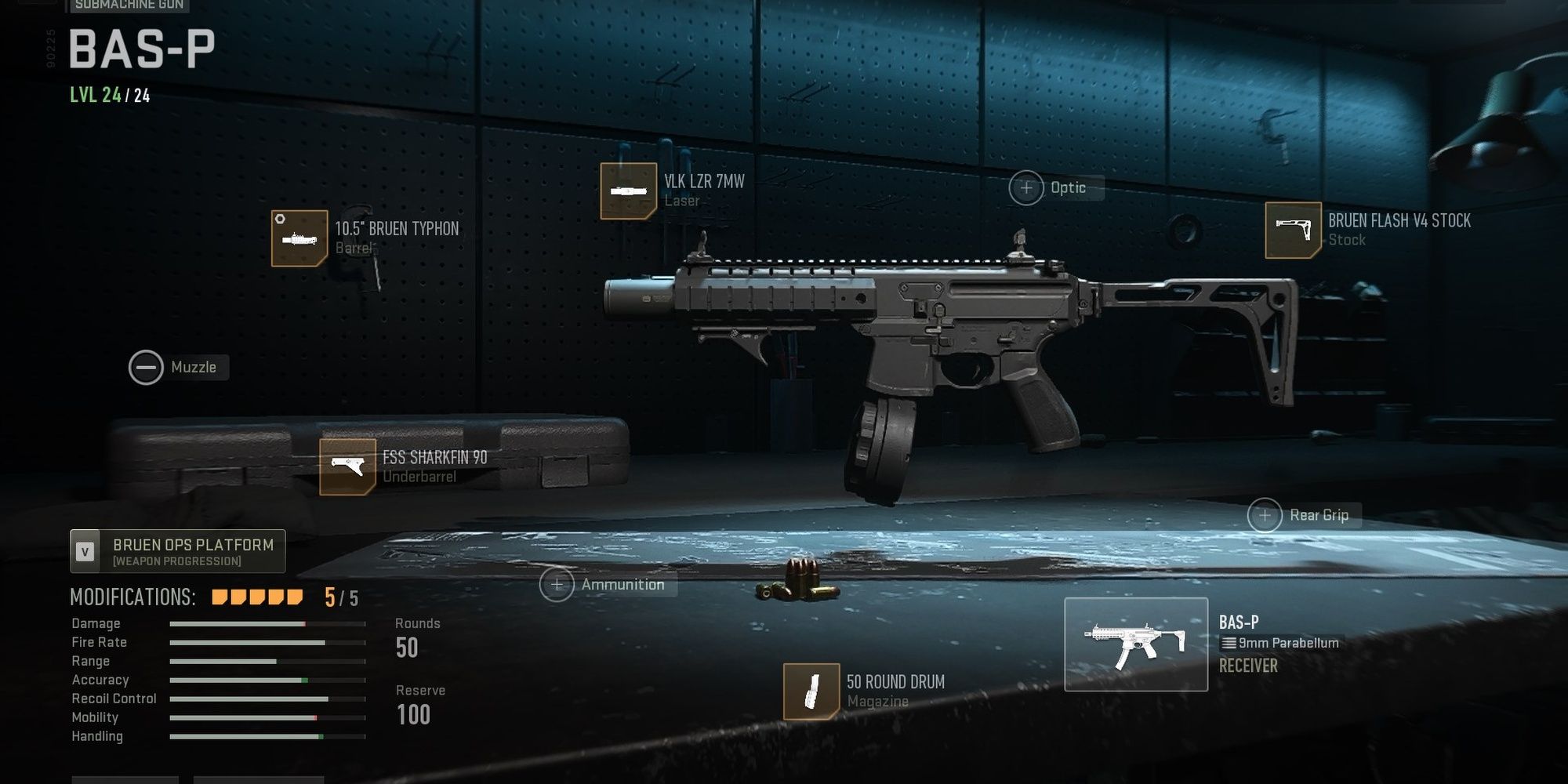 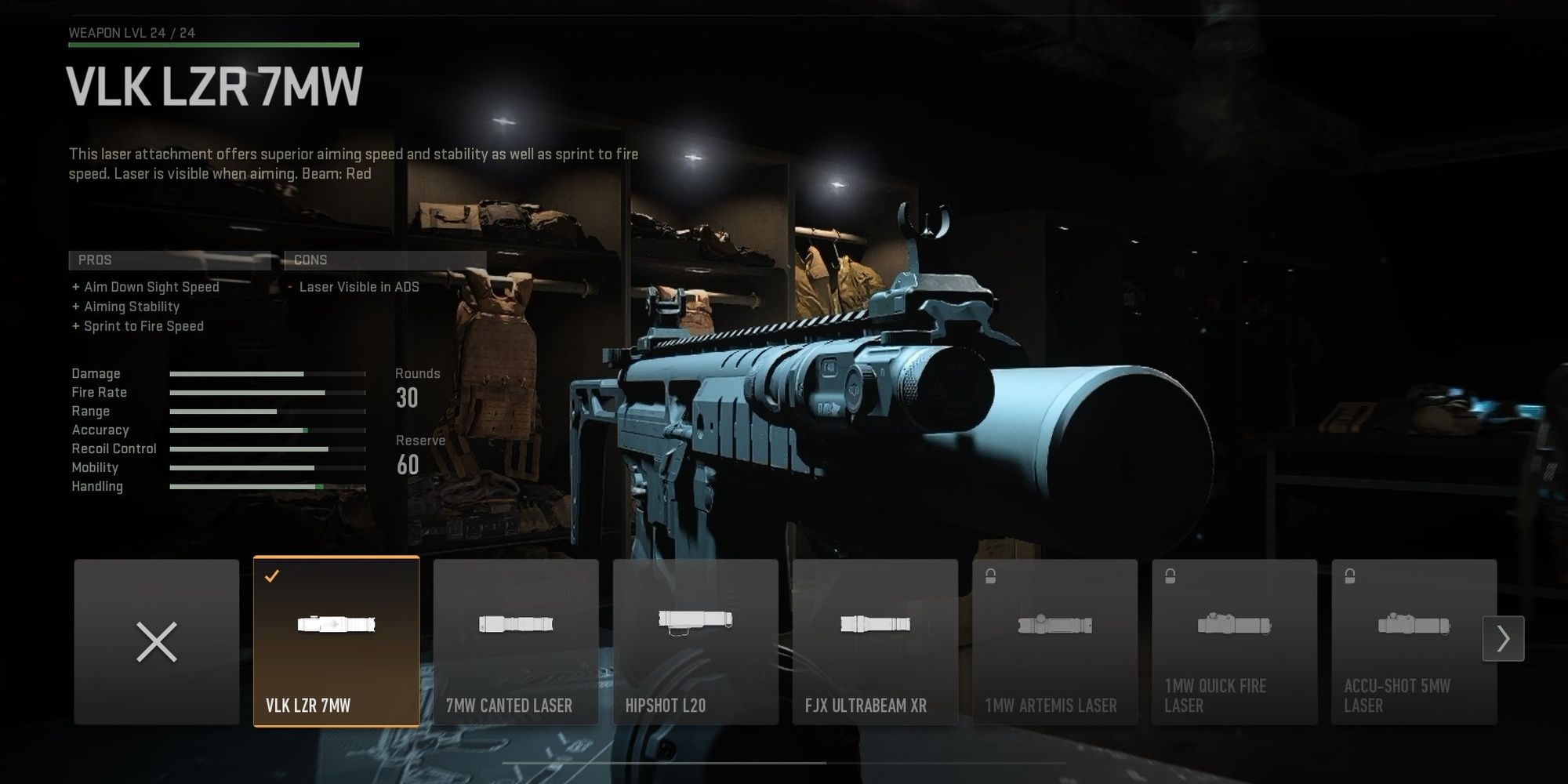 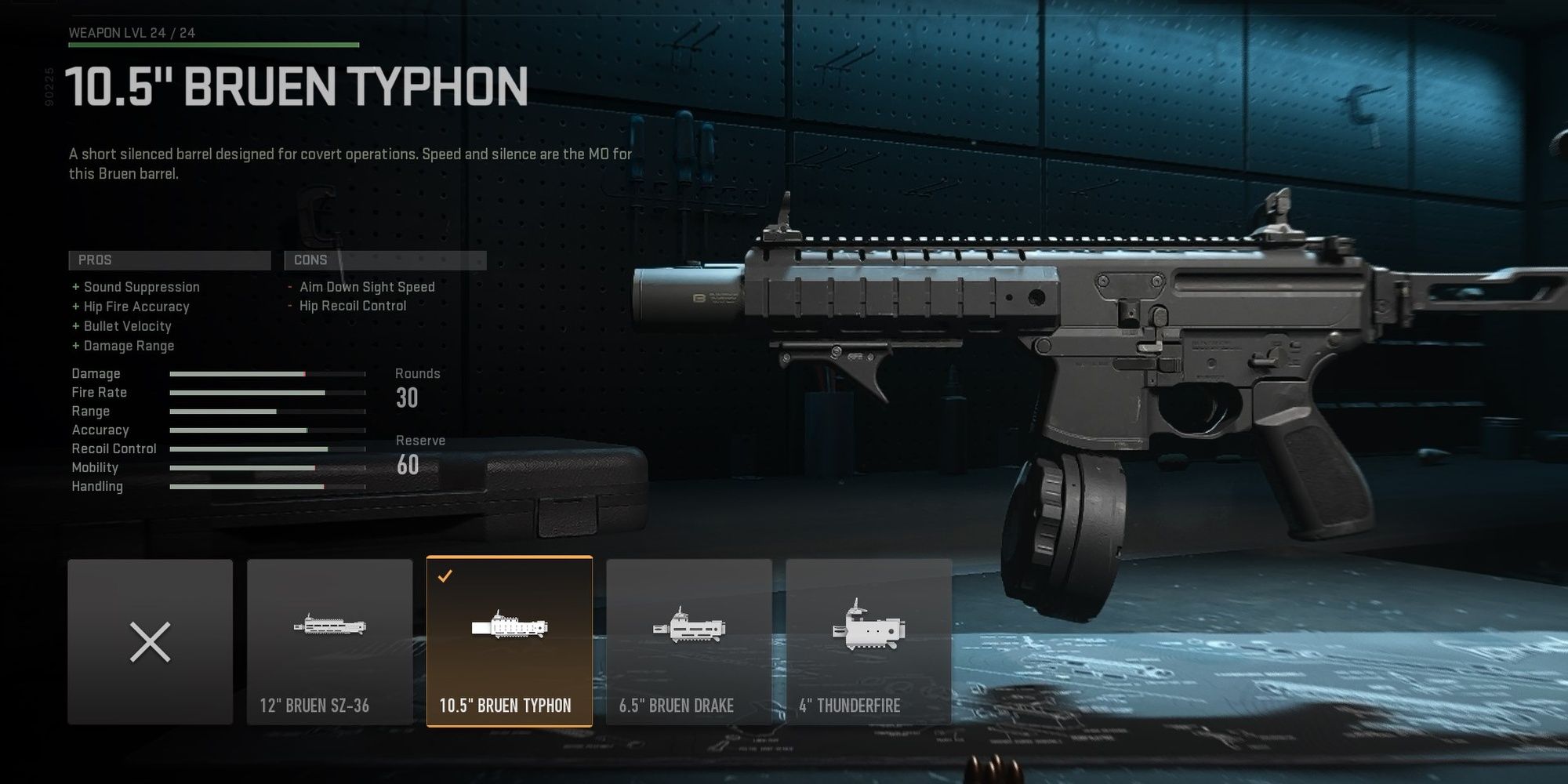 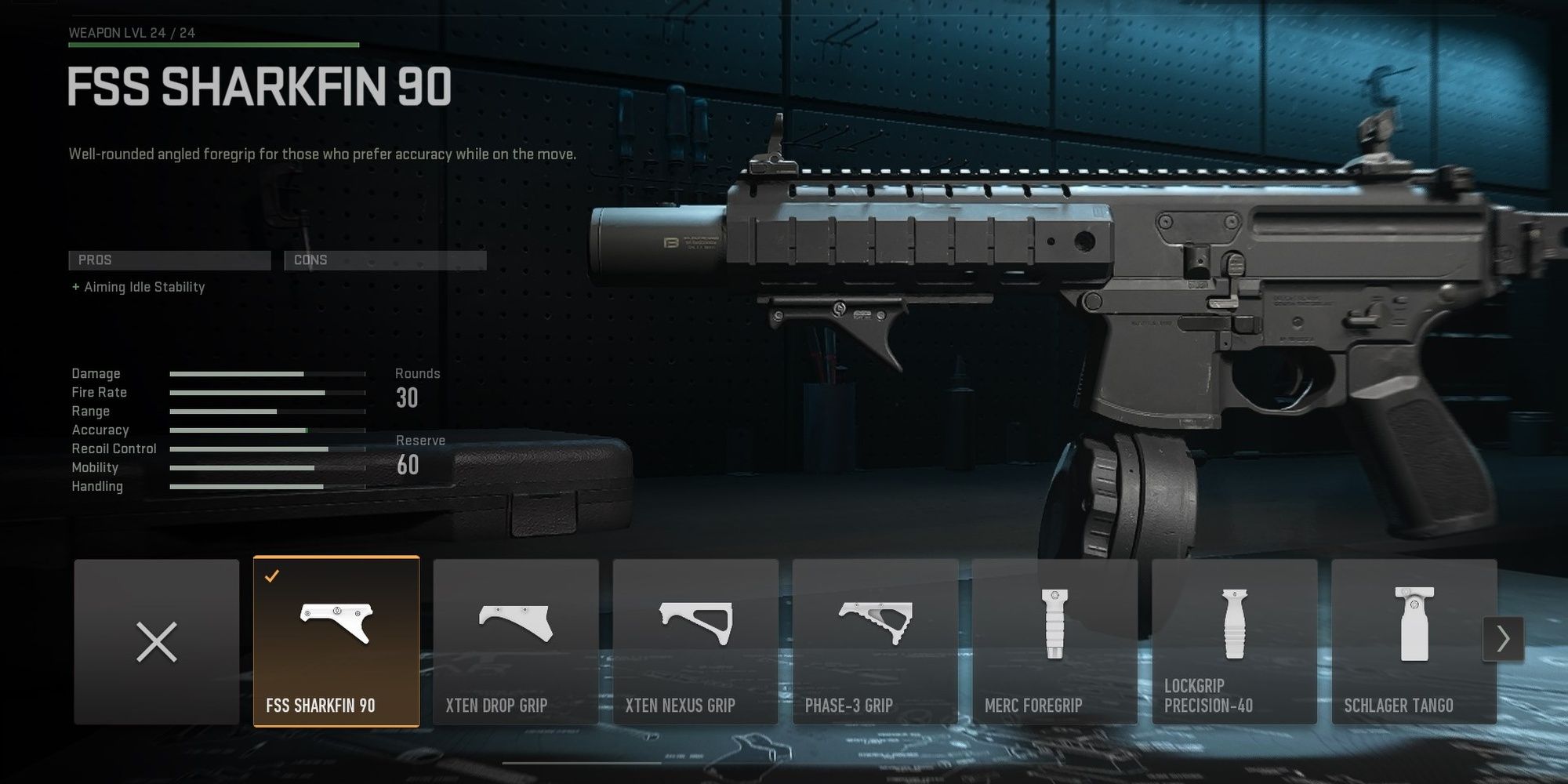 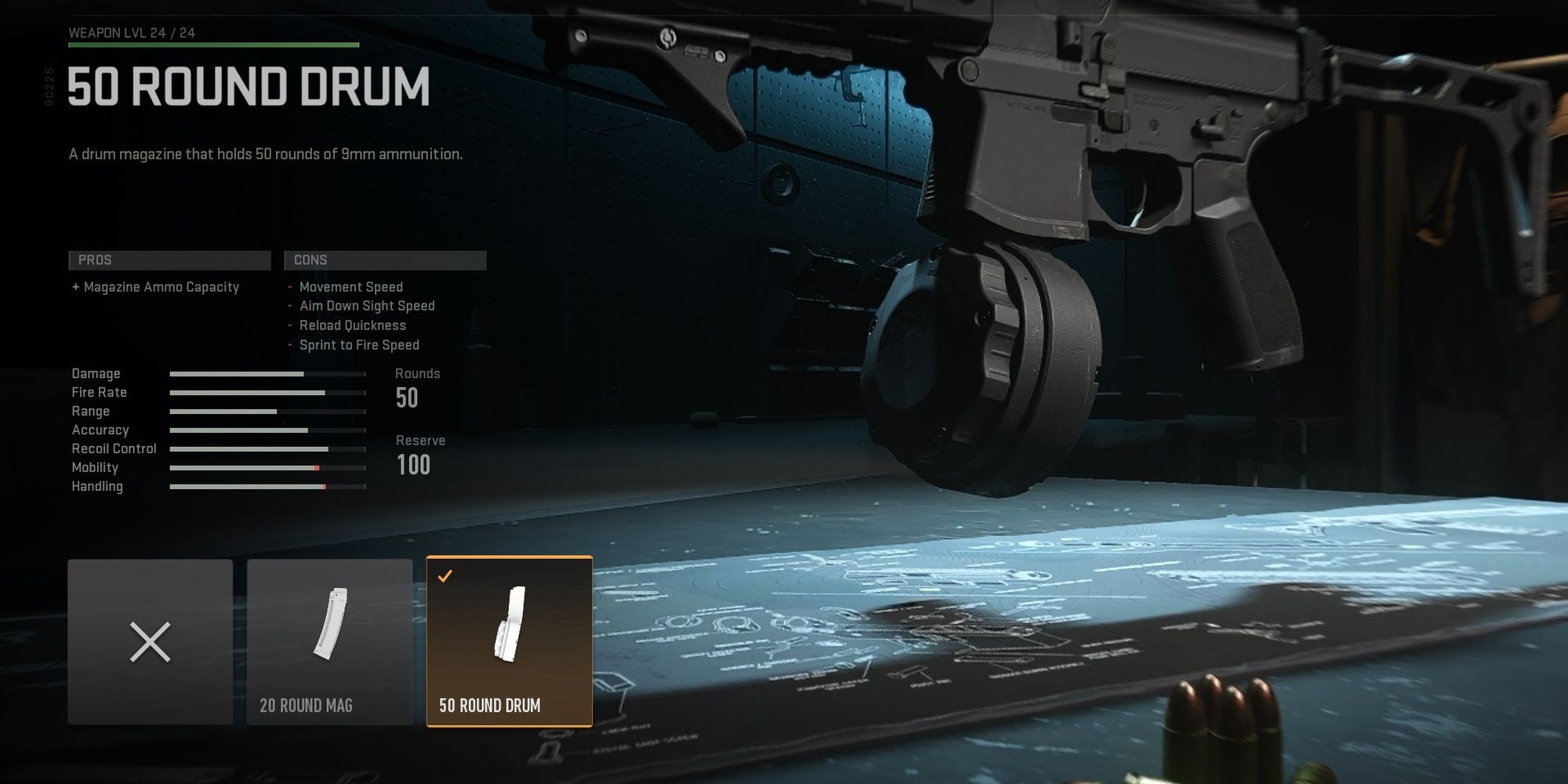 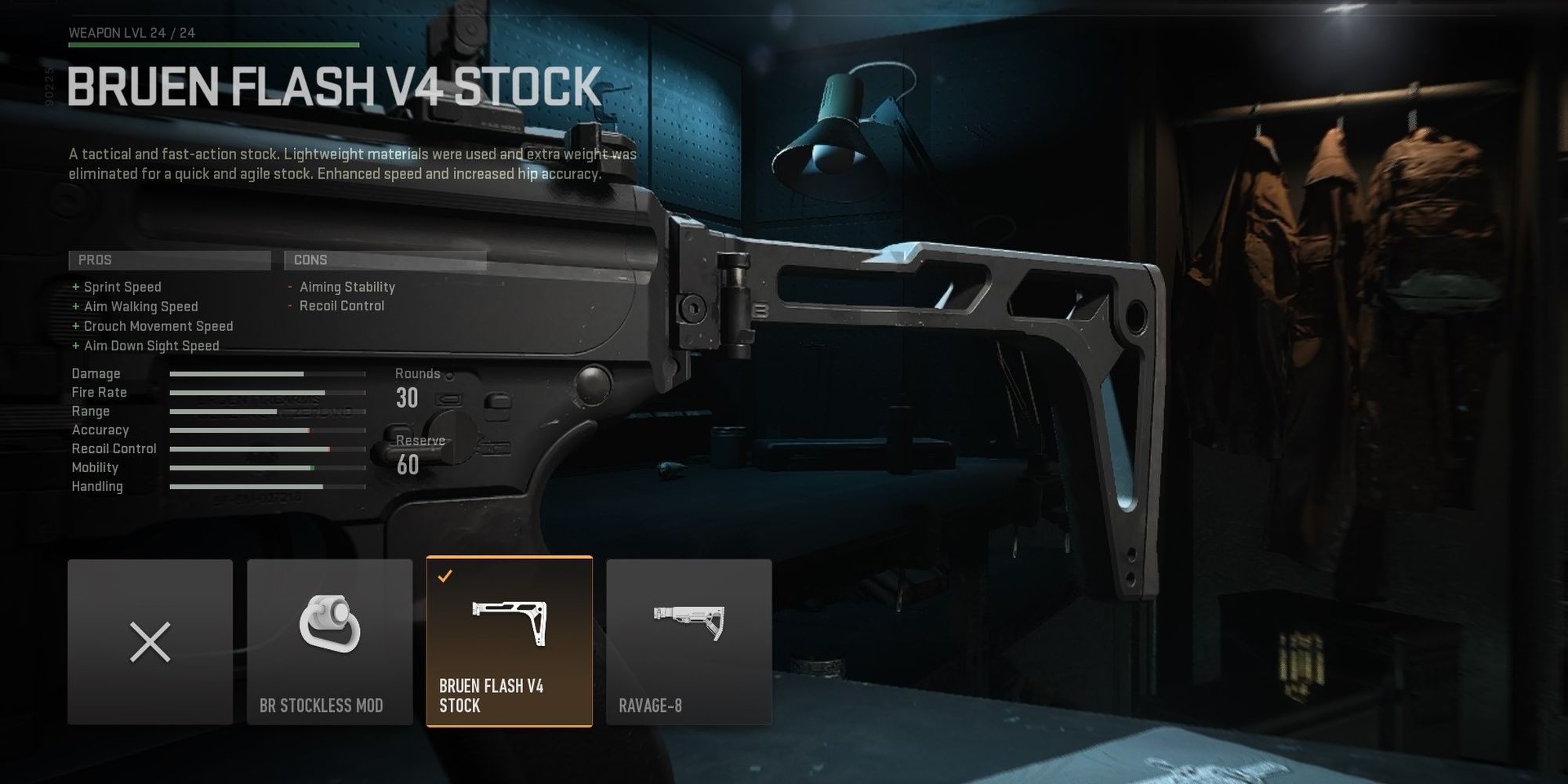 This setup focuses on raw aggression. You won't be particularly fast with this setup—we tried making no-stock work, but we can't recommend it on the BAS-P—but you'll have a massive 50 Round Mag and suppressed shots thanks to your 10.5'' Bruen Typhon barrel. We increase the BAS-P's overall consistency by using the VLK LZR 7MW, FSS Sharkfin 90, and the Bruen Flash V4 Stock. You'll strafe quickly, have solid ADS times, and 50 rounds to fire before needing to reload.

Close range is where you excel here. You don't want to duel players at mid-range or further, as their weapons will quickly kill you. Treat this weapon similarly to the Fennec 45 or any rapid-fire SMG. Your fire rate and great accuracy will win you fights, not your damage per bullet. Headshots are especially useful with this weapon. It also makes for a solid backup weapon in Warzone.

We'll be using the same loadout as our last build. We've replaced our Lethal with a Drill Charge this time since it helps with combating campers, but everything else is the same. Fast Hands is great for reloading your weapon quickly, and Ghost is mandatory if you're trying to play aggressively while a UAV is up. The same goes for Dead Silence, but you have a little more flexibility with your Field Upgrade if you're playing objective modes or DMZ.